This blog post is meant as guidelines if someone other than me might have to set up this demonstration at some point… Have fun! :-)

Setting up the stratification

If I am working fast and nothing goes wrong, this takes almost 2.5 hours. Make sure you have enough time to set this up! Filling the tank takes time and there is not much you can do to speed up the process once you’ve started…

Here is a sketch of the contraption that pulls the boat: 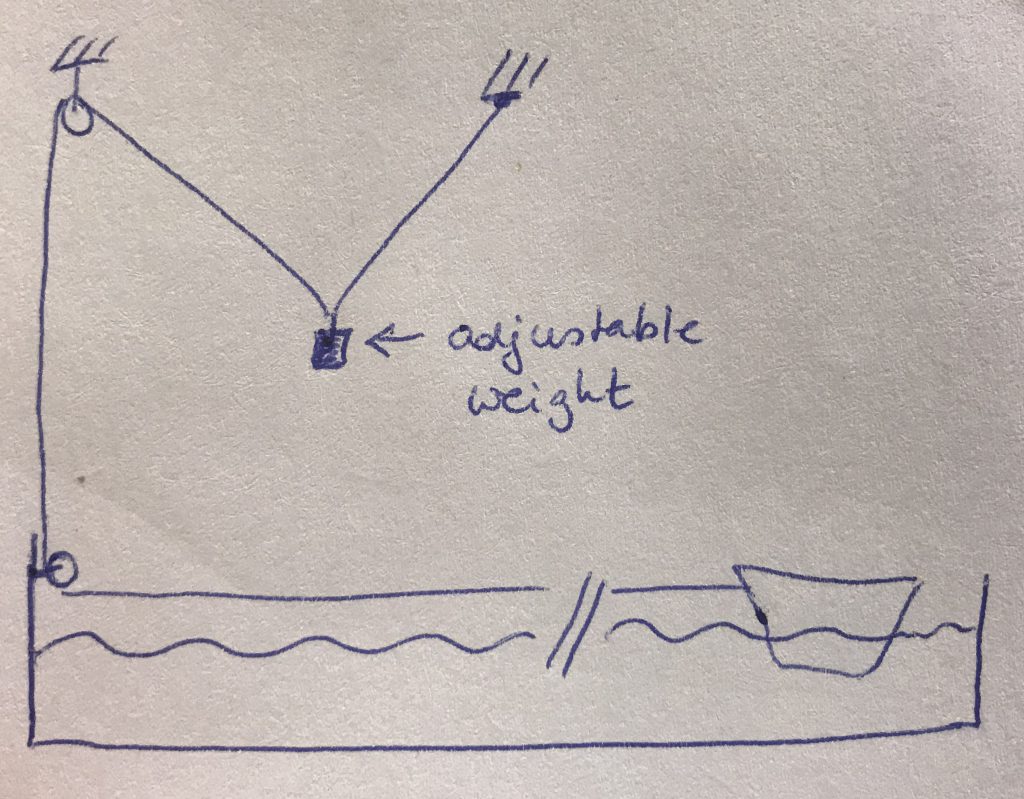 Ship pulled with 5g in the bag

Ship pulled with 4g in the bag (for a repeat, see experiment 4!)

Ship pulled with 3g in the bag

Ship pulled with 4g in the bag (again, because we like repeat experiments ;-))

3 thoughts on “Instructions: Dead water demonstration in the GFI basement”