This blog post is meant as guideline if someone other than me might have to set up this demonstration at some point… Have fun! :-)

Lee waves are the kind of waves that can be observed downwind of a mountain in the clouds, or downstream of an obstacle in a current as a series of undulations with crests parallel to the disturbance.

Why move the mountain?

Students sometimes find it hard to imagine that a moving mountain should be equivalent to flow across a ridge. It helps to discuss how it would be really difficult to set up a flow in a tank: A huge amount of water would need to be moved without too much turbulence. Instead, it’s a lot easier to imagine the water is moving by moving a mountain through the tank, so the water is moving relative to it if not relative to the lab.

The mountain we use is 10.5 cm high and 1 m long and it’s symmetric, so pulling it either way shows similar lee waves (which is why I’ve always used it). There is a second, asymmetrical mountain on the shelf that I have never used*.

Setting up the stratification

The stratification that we’ve found works well is 10 cm at 35 psu (here dyed pink) and 9 cm at 0 psu. This leads to an internal wave speed of approximately ~11cm/s.

Prepare the dense water in a barrel that sits high enough so gravity will bring the water down into the tank (see picture below). For the 80l barrel, you need 2.8kg of salt and 1/3 tea spoon of dye MAX. 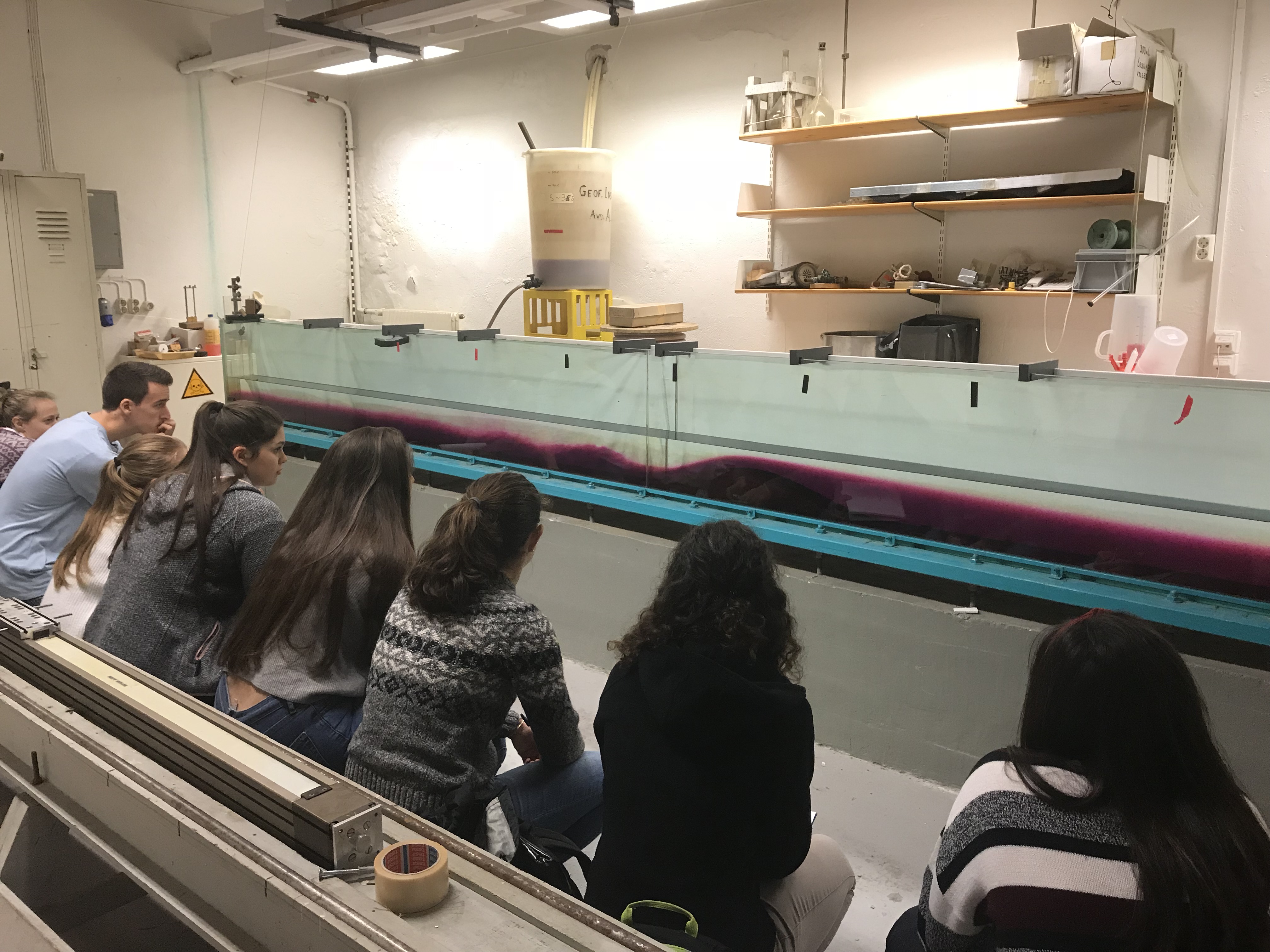 You achieve the stratification by filling in the fresh water first through the bottom left inlet, moving the mountain over it, and filling in the dense water. That way the mixing is contained to the volume underneath the mountain which will be a lot better for your nerves (believe me!).

Here is where you run the mountain from: 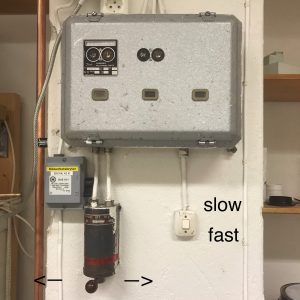 Troubleshooting if the mountain doesn’t move: 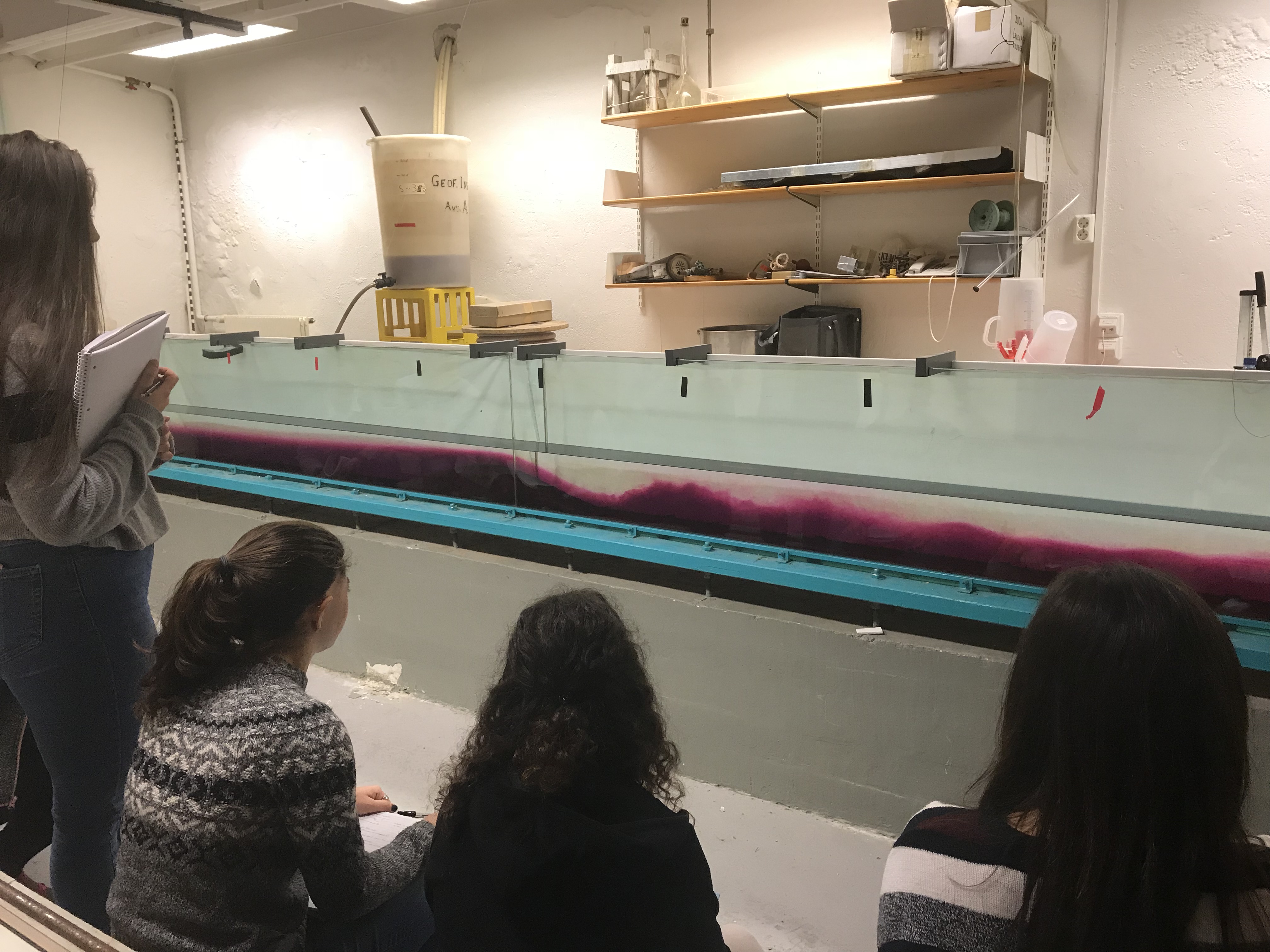 As you see in the pictures above (or the movie below), there is a lot to observe!

Here is a movie of the lee wave experiment. Feel free to use it in teaching if you like! And let me know if you need the movie in a higher resolution, I am happy to share!

*Yes, this was true at the time of writing. But I am setting up that experiment as we speak. Write. Read. Whatever. Will post movies tomorrow!

3 thoughts on “Instructions: Lee wave demonstration in the GFI basement”