You know I love dye tracers (remember the beautiful fluorescent green we used in the 2017 experiments in Grenoble, when we got to play with the 13m diameter rotating tank?) but today I found some “in the wild” again — on the way back from my morning run & swim no less, in Kiel’s Forstbaumschule.

I’ve seen a dye tracer here several times before, and it’s basically just an indicator for a leak in the district heating (and everybody claims that it isn’t harmful to the environment despite its color).

Dye as a flow tracer

Spotting leaks would be very difficult if you just had normal water running into places where there is other normal water. Last winter you could clearly see that the dyed water was quite a lot warmer than the rest because it melted ice away where it went, but at temperatures like to day you might be able to see a thermal signature with thermal imaging equipment, but it is nowhere near as obvious as during winter. 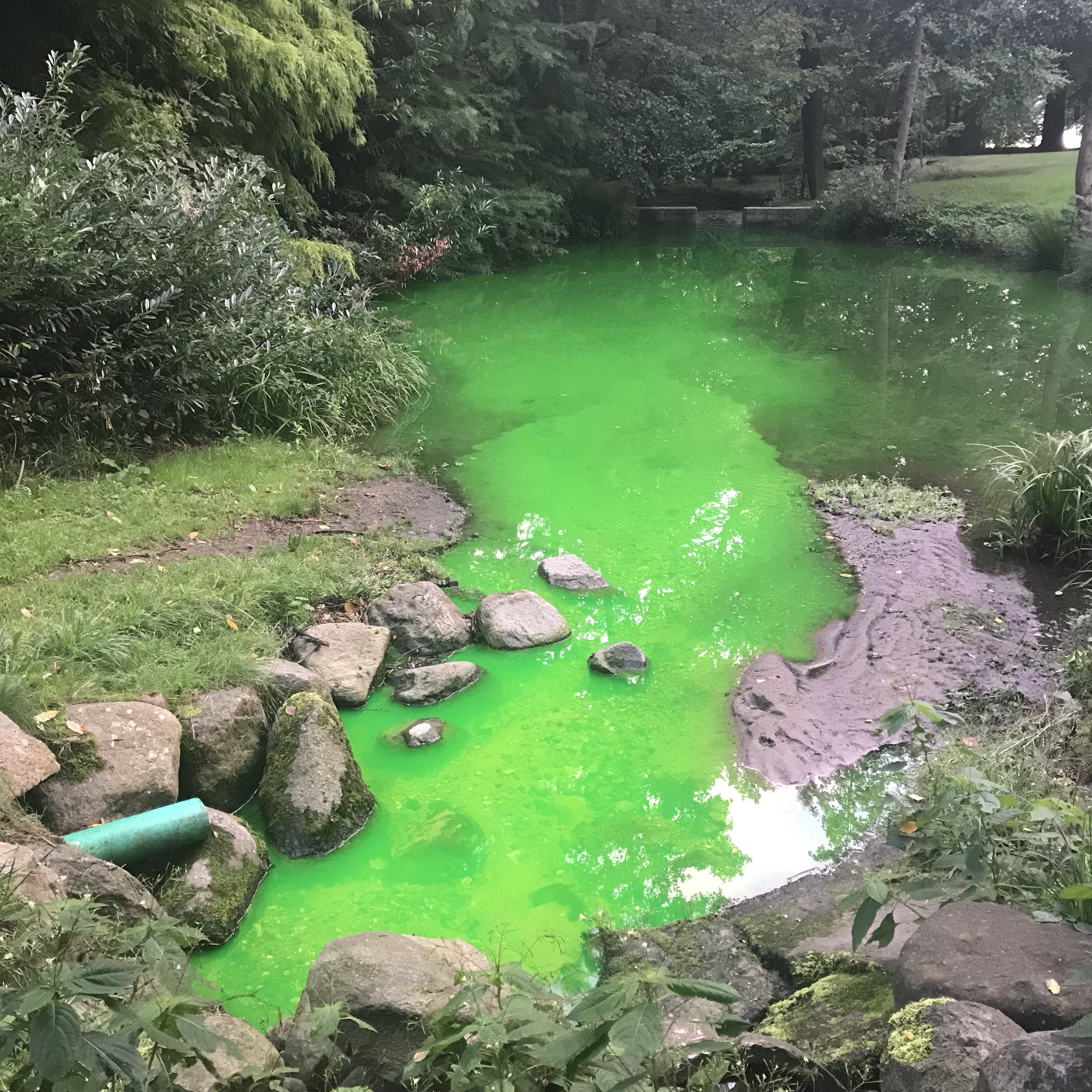 But today my timing was lucky: The pipes can’t have been leaking for very long yet, because there were clear boundaries visible between the “old” lake water that wasn’t dyed yet, and the plume of dyed water entering into the lake and leaving it on the other side.

So in a way the dye also acts as age tracer (since there are currently no other inflows into that lake. It would obviously be different if there were): the “old” water is still dye-free, whereas the “young” water is bright green. And then there are the regions where older and younger water mix and the color isn’t quite as intense. 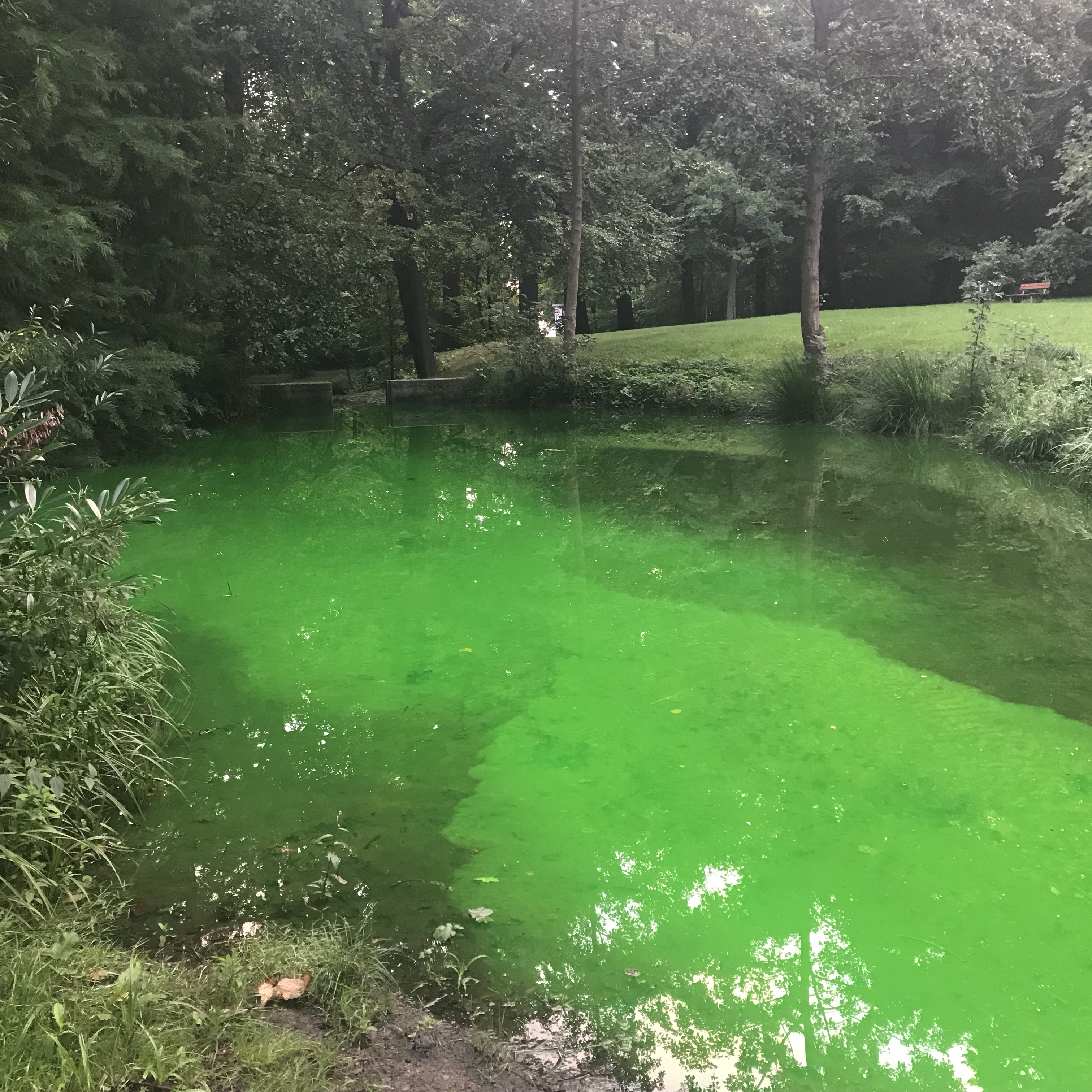 On the boundaries between the dyed water and the old lake water you see mixing in form of tiny eddies, and I’m pretty sure that when I go back this afternoon, the whole lake will be this awesome fluorescent color. And I am curious to see if there will still be flow structures visible or if it’ll all just be bright green :-)

And I went back. Twice.

Below you see how the coloring changes at the inflow mixes more and more with the lake water: left the picture taken at 7:15 am, then 9:15 am, then 7 pm. Fascinating! :) 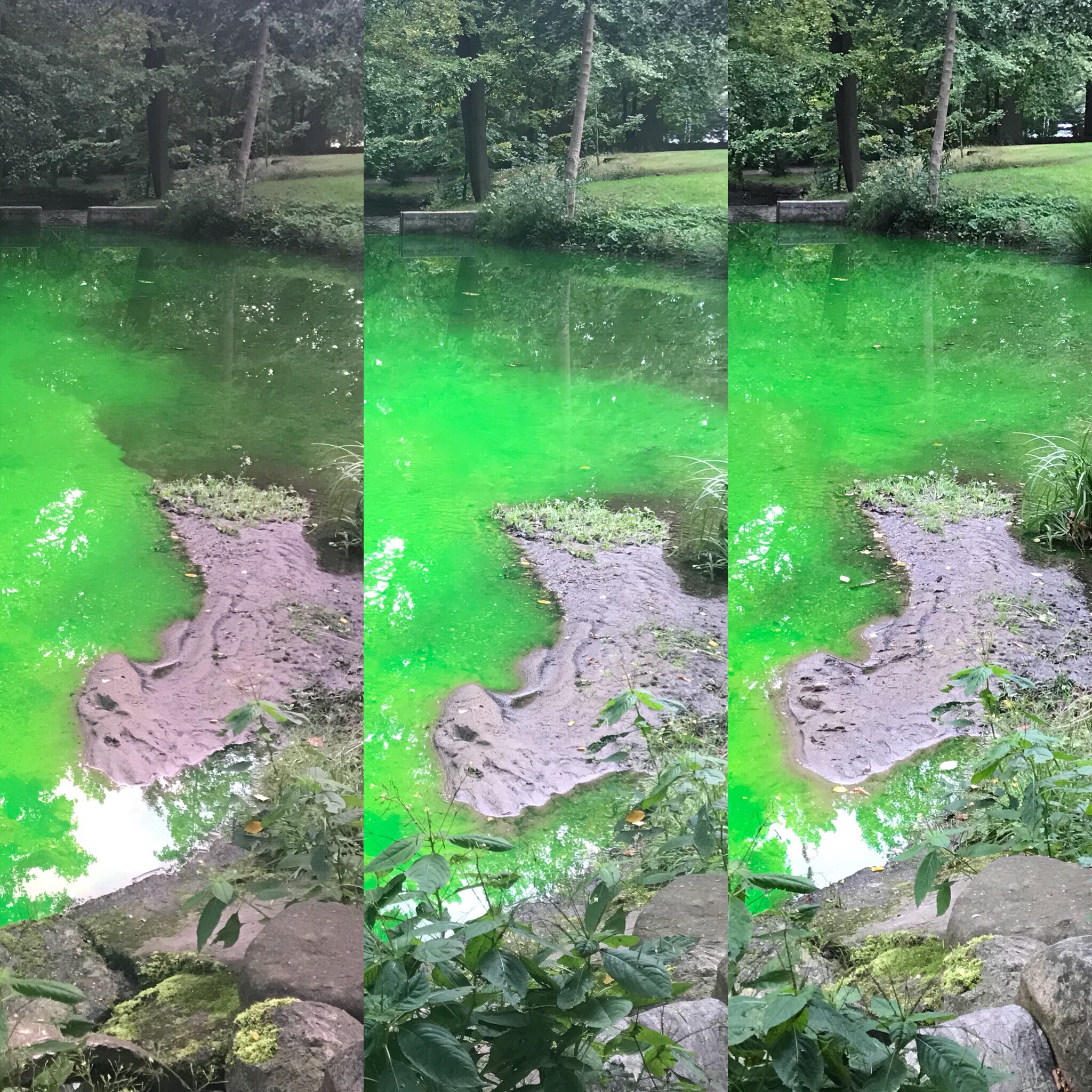 Related Posts to "Dye tracers "in the wild"":

4 thoughts on “Dye tracers “in the wild””

How can anyone not want to jump in? Water is the b

Floaty bio stuff under water, pretty waves on the

Thanks for another lovely walk, L! Looks like the

I'm so into the split photography thing right now.