Speaking of wake watching, the other day I wrote about long distance wave watching in the sunset, i.e. what kind of things one can deduce on surface roughness (and its causes) from different reflections of the setting sun on the water. And then I was asked why ships’ wakes were still visible for such a long time after the ships had already sailed. So here is my attempt at an explanation:

Check out the pictures above and below. In both you see the turbulent wake of the RV Kristine Bonnevie on our recent student cruise. You clearly see where the ship’s hull has passed through the water, moved forward by the ship’s propeller, which is very clearly introducing a lot of turbulence. And you very clearly see where the ship has not been: a more or less undisturbed wave field full of small wind waves, that looks substantially different from the turbulent wake. 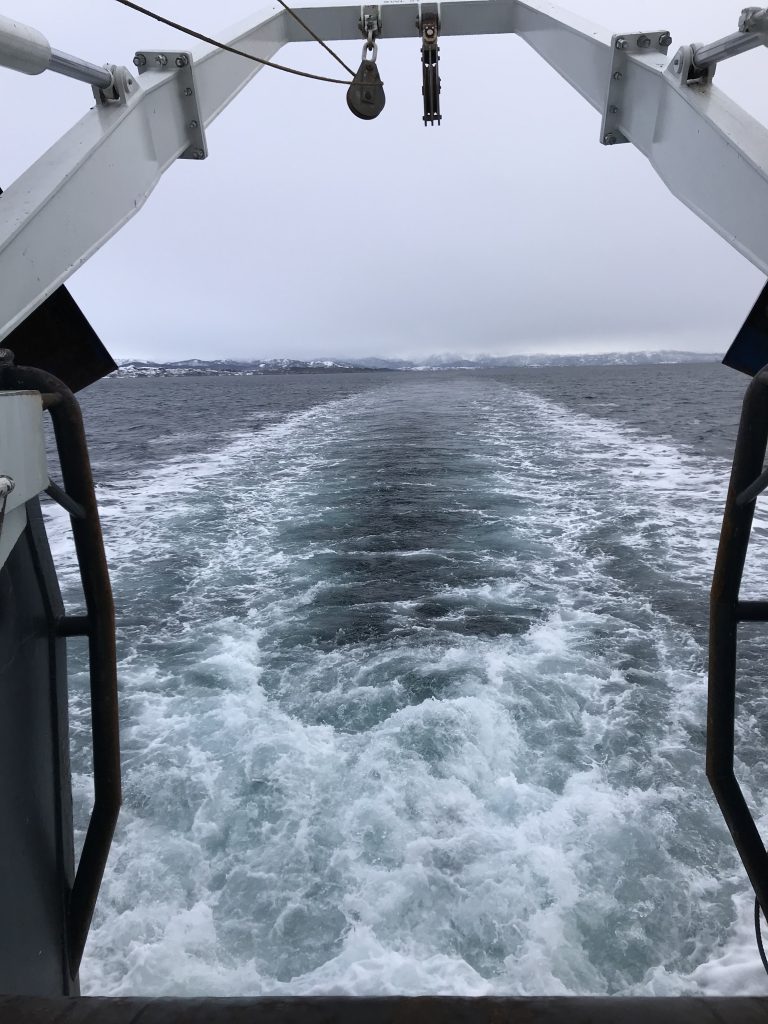 Now why does the turbulent wake look so clearly different from the rest of the water for such a long time, even when the ship is gone? Shouldn’t the wake be invaded by surface waves at their wave speed?

Yes, that should happen, if the wake wasn’t turbulent. As the wake is turbulent, however, there are eddies moving the water around for quite some time after the ship has passed. If the water is being moved faster than the phase speed of the waves, they can’t propagate in there, the “flow” is too fast, the waves are washed away. See where the hydraulic jump is happening in the picture below, and waves seem to be squeezed together outside of the turbulent wake? 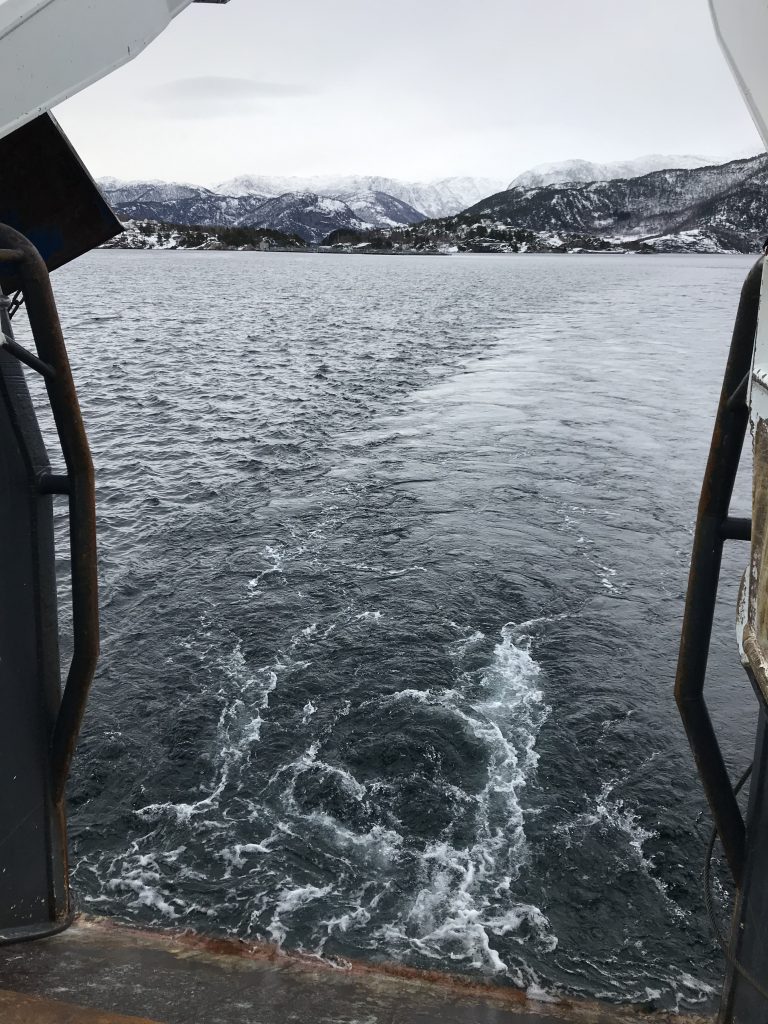 Just because it’s fun, here my hydraulic jump animation: the wave (person) is traveling exactly as fast as the current (escalator), it therefore doesn’t move. More Froude number animations + explanations here if you wanna look at what happens if the wave is moving faster or slower than the current…

Anyway. Back to pretty pictures. Below, you see a wake that is a little older: The surface is still a lot smoother than over the rest of the fjord, because the waves still haven’t propagated into the turbulent region. And when they do, longer waves propagate in first, because their phase velocity is faster than that of short waves. But the long waves’ effect on surface roughness is smaller than that of short waves, so the wake still appears smooth for even longer. 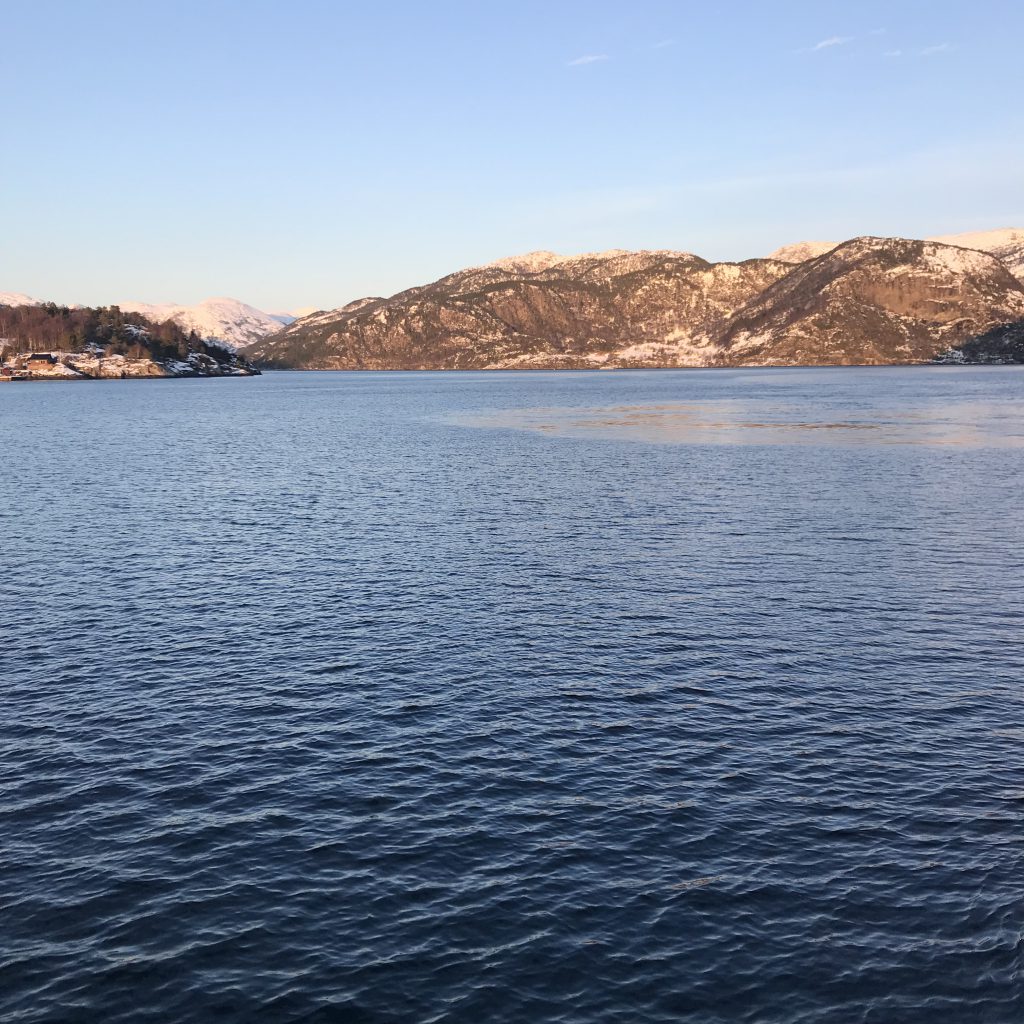 Only when all the turbulence has died down and the water is stagnant again (Or moving with the surrounding water) will the wave field be able to grow back to look the same as everywhere else. And therefore, even if you look at water from a distance, you can see where ships have been, even when they’ve long gone themselves.

Related Posts to "Why does a turbulent wake stay visible for such a long time after the ship has gone?":

5 thoughts on “Why does a turbulent wake stay visible for such a long time after the ship has gone?”