Yes, we are back to wake watching! Today I went to a new-to-me wave watching spot: The bridge across Kiel canal close to the Holtenau locks, which you see in the background of the picture below. And I should have checked out my favourite ship tracking app for better timing, I had to wait for quite some time before there were any ships apart from the small ferry which you see crossing right at the locks! But the wait was well worth it in the end! 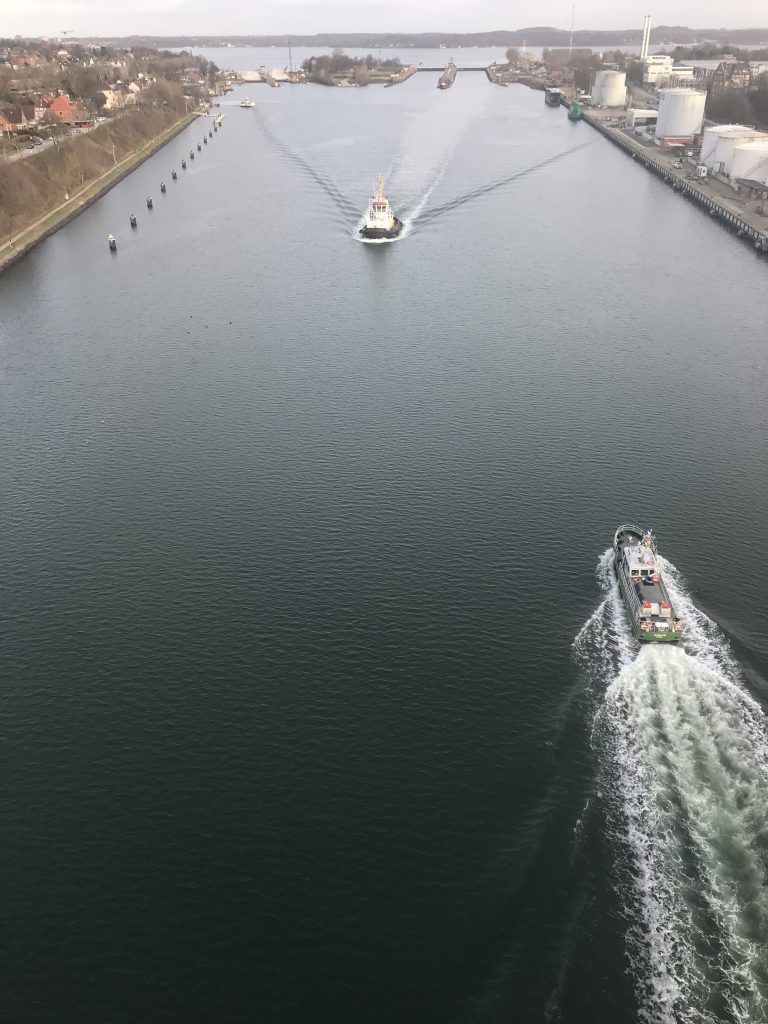 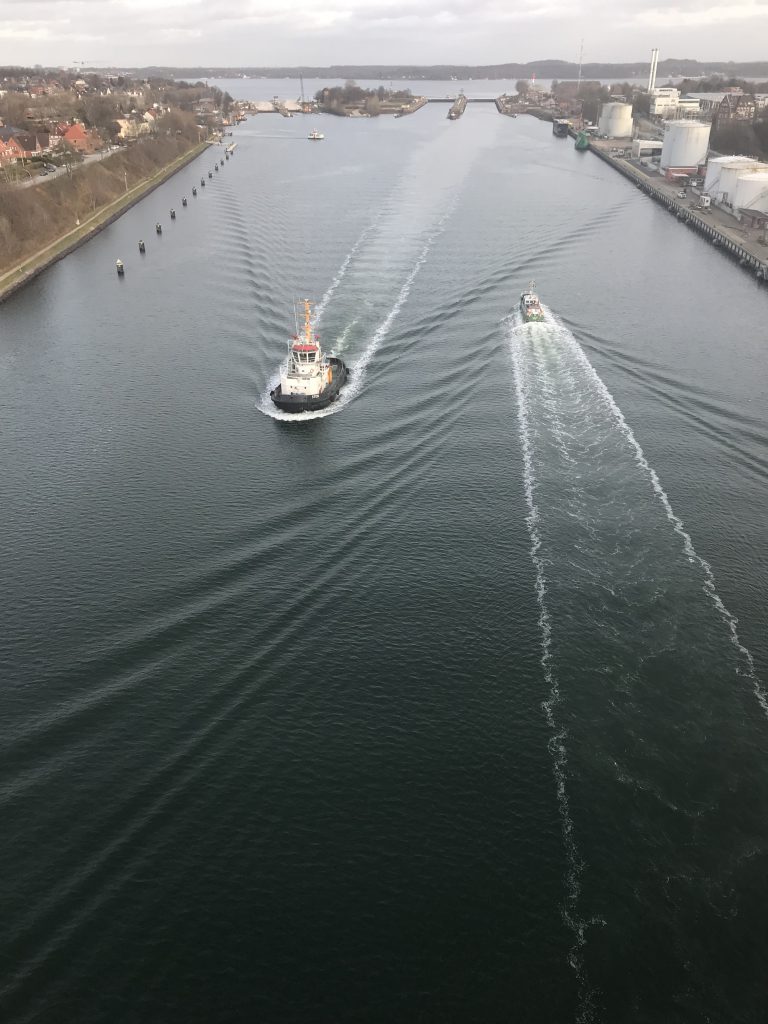 I am super excited about these pictures. Do you see the wake reflecting on the right (south) side of the Kiel canal? 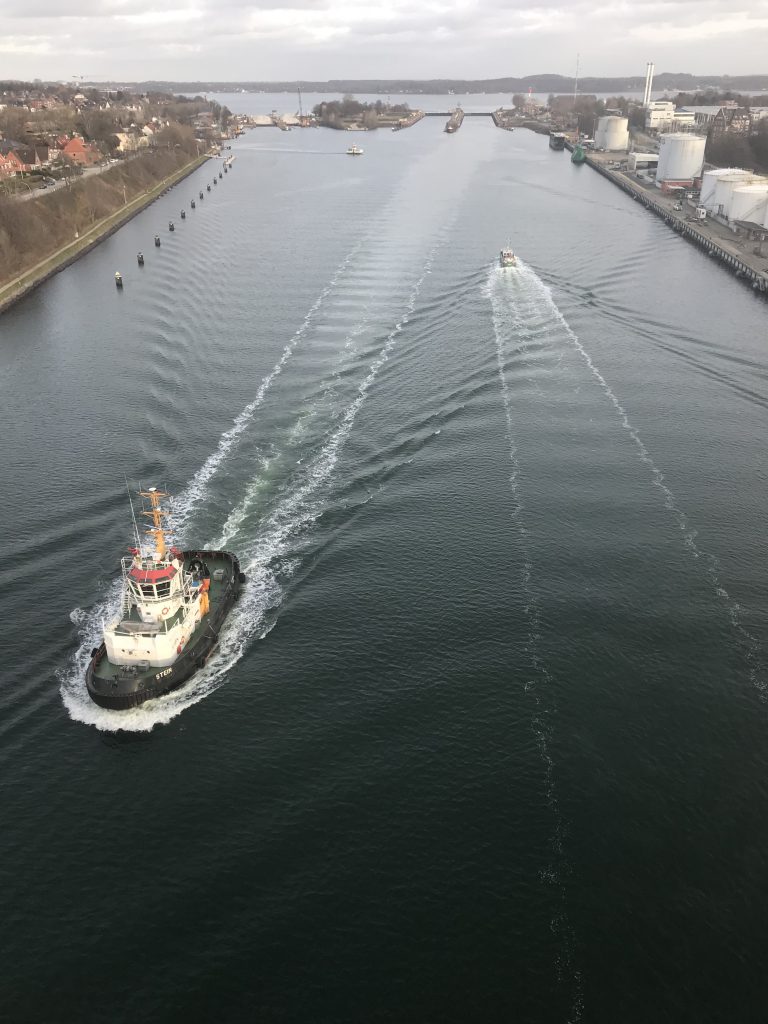 And while it was pretty easy to interpret the pictures above, and the one below is still fair game because the turbulent wake of the third ship is still clearly visible, even though the ship is not, it is getting more and more complicated, isn’t it? 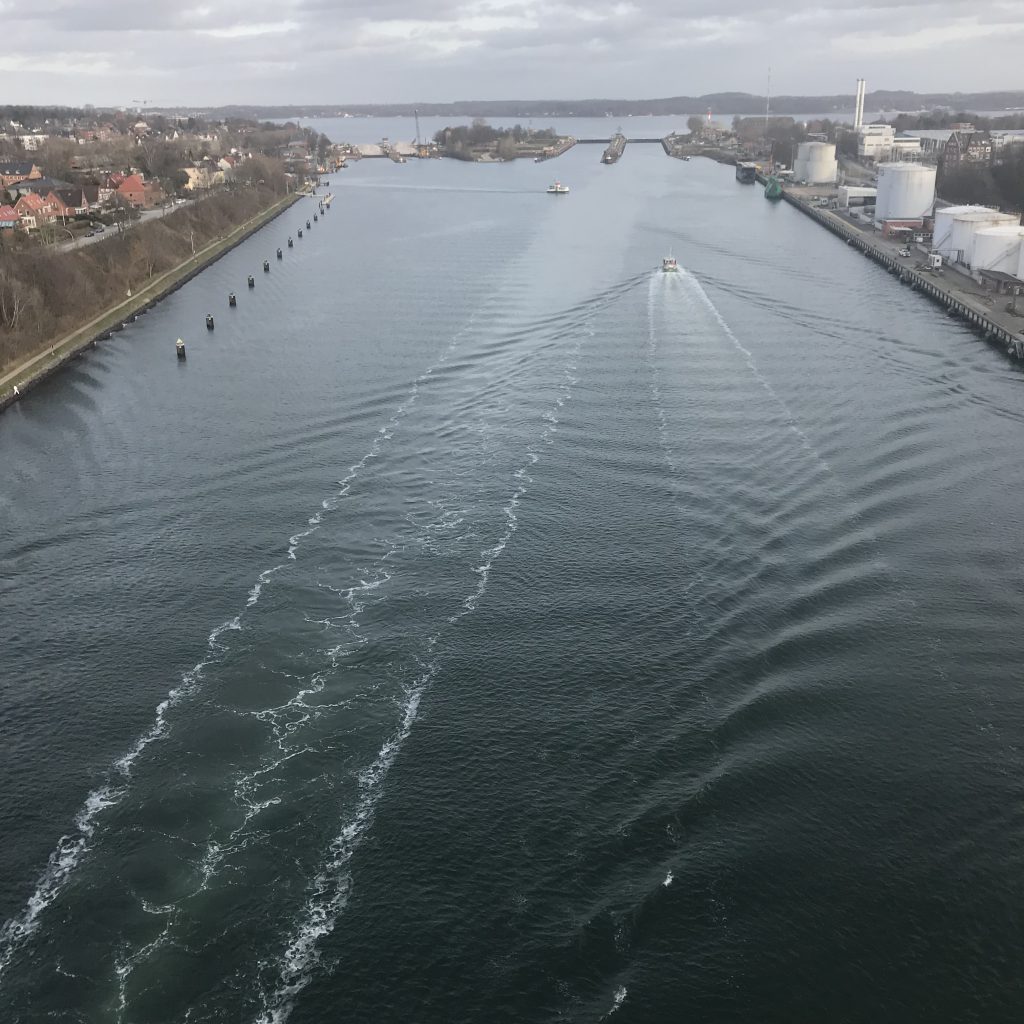 But now, with two of the three ships gone, it has suddenly gotten a lot more complicated. And it doesn’t help that the sides of the canal aren’t completely straight which leads to the mess in the lower right corner…

This is definitely a new favourite wave watching spot which you might see more of in the future! This stuff makes me so happy :-)

Related Posts to "Wave watching at the locks in Kiel Holtenau":