Since we seem to be on the topic of wake watching these days, here are some pictures I took when visiting my friend Liz at the European Cruise Service’s offices in Bergen the other day. She had already told me about the awesome wave watching to be done from their meeting room, but see for yourself!

Above, you see a very nice example of the turbulent wake of that cruise ship substantially modifying the wave field even after the ship is gone (or, in this case, after the ship has turned to leave in the other direction. Doesn’t this whole picture look very Titanic? Or is that just me?). What is going on there is that the turbulence introduced in the water by the ship and its propellers moving a lot of water around sticks around for quite some time. While the water is still moving due to the turbulence, “normal” surface waves can’t propagate in the turbulent area. The water’s surface thus looks very smooth there, a lot less rough than in areas where there are wind waves. And the smooth areas reflect light similarly to a mirror, whereas the rough areas’ light reflections seem to resemble maybe a disco ball?

Below, you see both parts of a wake quite well: The turbulent wake right behind that ferry (which will show up all smooth from a distance), and then the feathery V wake (with the ferry at its tip) that spreads on either side of the turbulent wake.

And you see some more old turbulent wakes in the picture above, for example one that the ferry in the foreground is following closely (see how it stretches out before the ferry?) and one that turns left to go towards the invisible Askøy bridge (you can still make out the ferry where the wake begins).

Do you see the potential of this wave watching spot? I definitely have to come back! 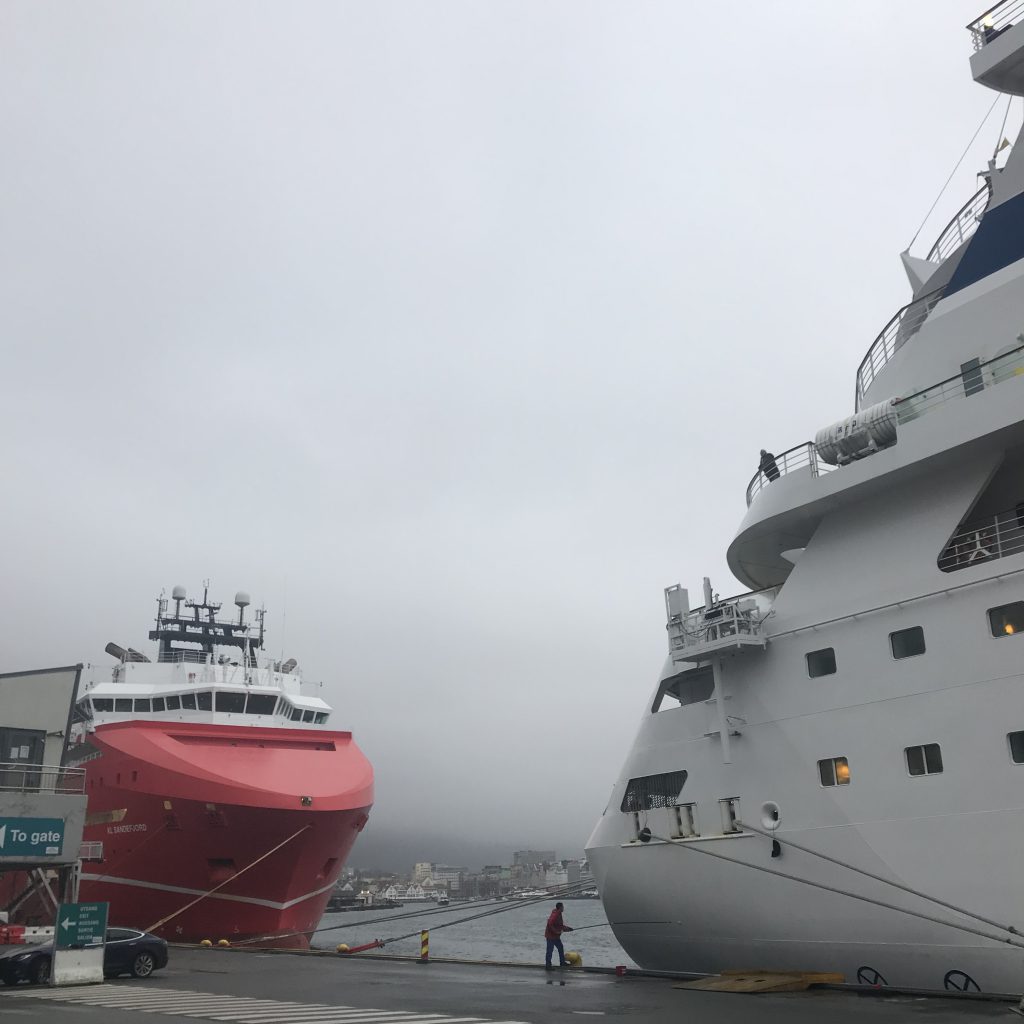 Even if you are not into wave watching, it’s a super interesting place to visit because it gives quite an interesting look on the city, even with Ulriken being disguised by the low clouds that day… 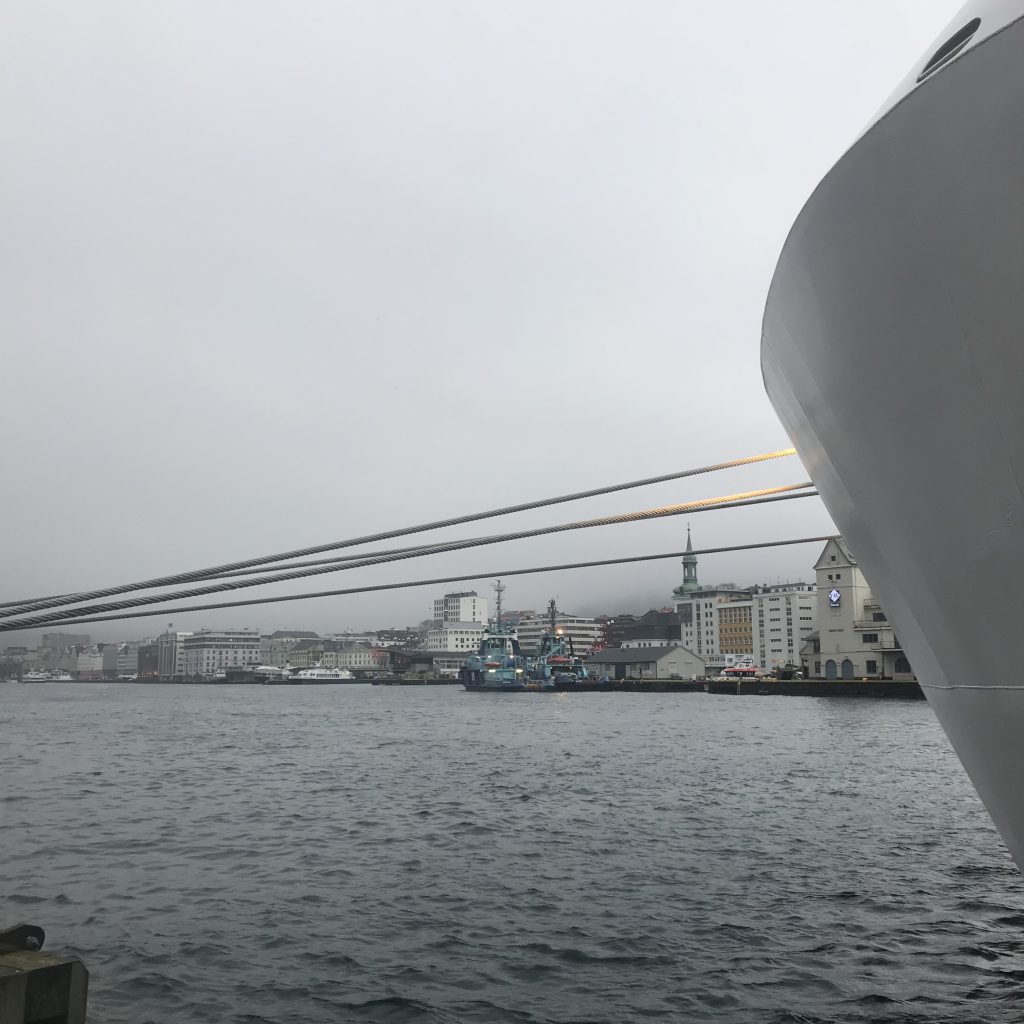 Would you be interested in a wave watching tour when you visit Bergen (or Kiel, or any other place)? If so give me a shout, we might be able to arrange something ;-)

Related Posts to "Visiting my friend's office for some #wavewatching":