On Thursday, I wrote about the thermally driven overturning circulation experiment that Torge and I did as past of our “dry theory 2 juicy reality” experiments, and mentioned that it was a non-rotating experiment in a class about rotating fluid dynamics.

I showed you the rectangular tank, but we also used a cylindrical tank with cooling in the middle that is a rotational symmetric version of the “slice” in the rectangular tank. In both cases we see the same: Cold water sinks and spreads at the bottom and is then replaced by warmer water. 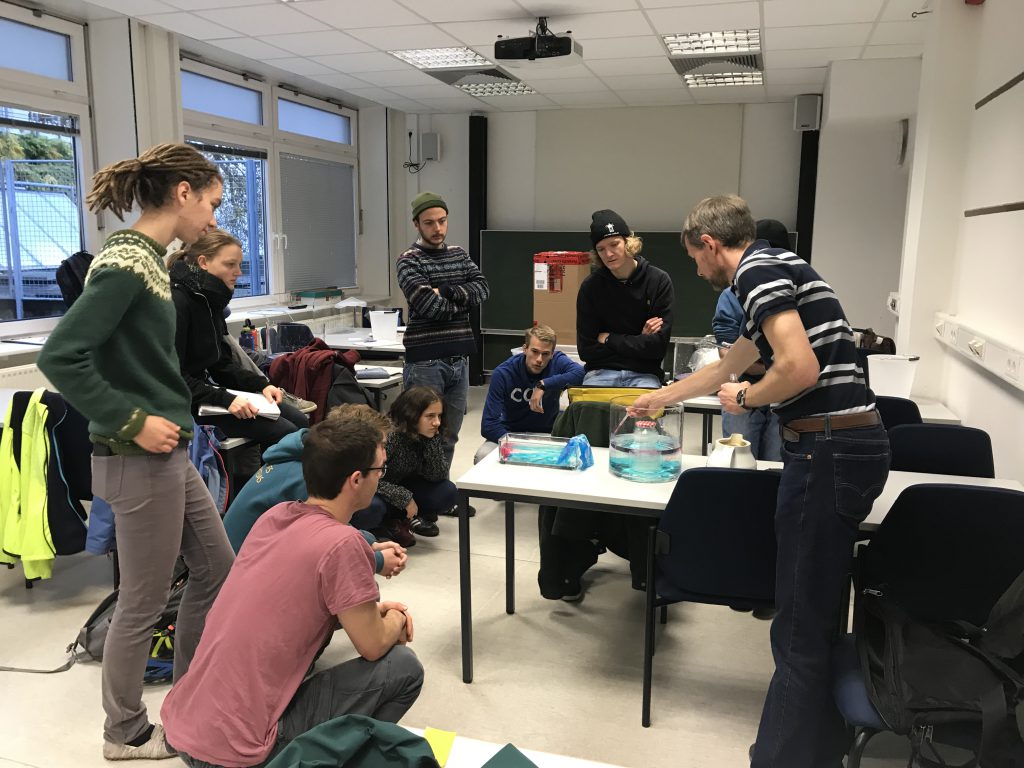 But when we start turning the cylindrical tank with the cooling in the middle, cool things start to happen. I’ve blogged about that experiment before, but here is a pic of the circulation that develops. Instead of an overturning, we now get heat transport via eddies! 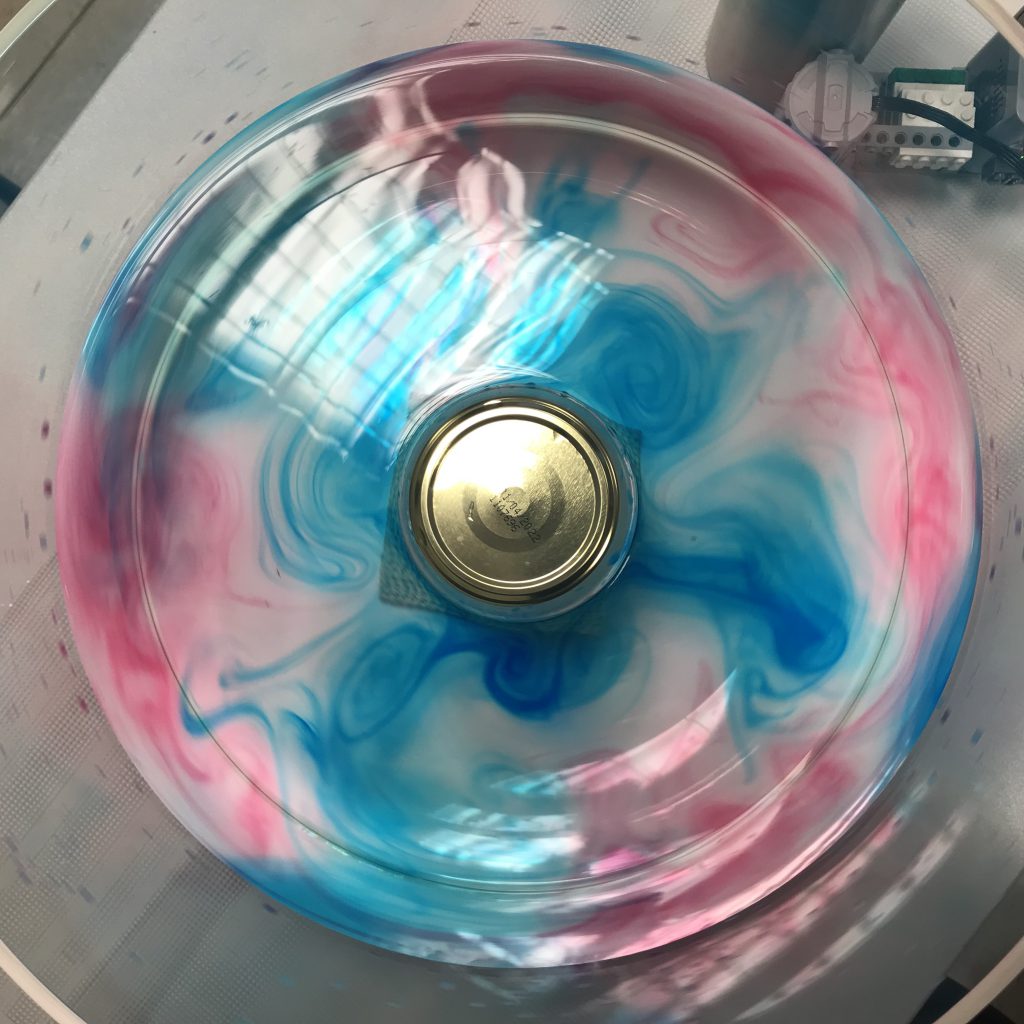 This is actually a really nice way to show again how hugely important the influence of rotation is on the behaviour of the ocean and atmosphere!

1 thought on “Thermal forcing in a non-rotating vs rotating case: Totally different results”