You might have noticed them in yesterday’s thermally driven overturning video: salt fingers!

In the image below you see them developing in the far left: Little red dye plumes moving down into the clear water. But wait, where is the salt? In this case, the “double” in double diffusion comes from heat and dye which are diffusing at different rates. As temperature’s molecular diffusion is about 100x faster than that of salt (or other things that have to physically change their distribution, rather than just bump into each other to transfer energy), the red and clear water quickly have the same temperature, but then the red dye makes the red water more dense, hence it sinks. 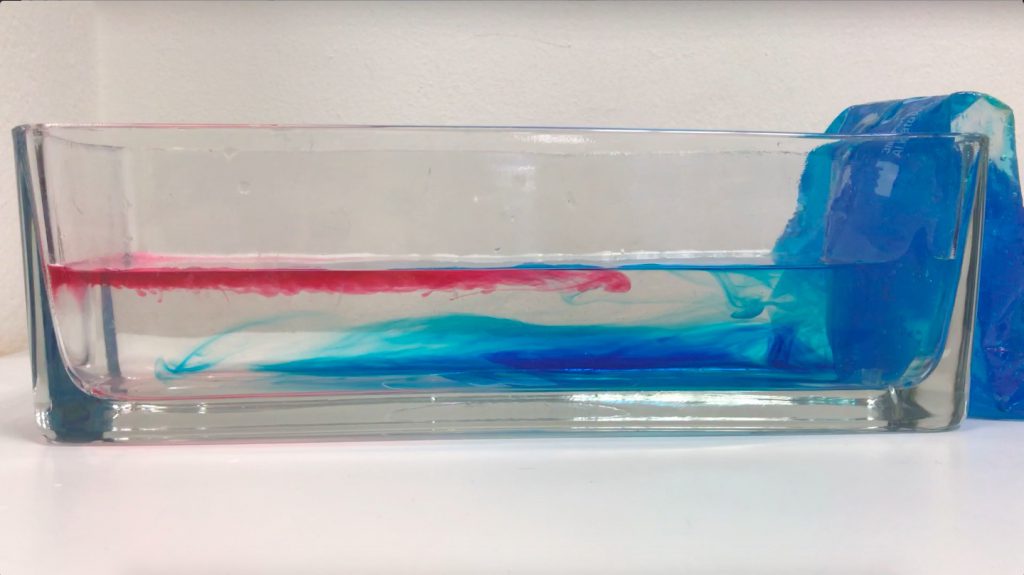 Over time, those fingers become more and more clearly visible… 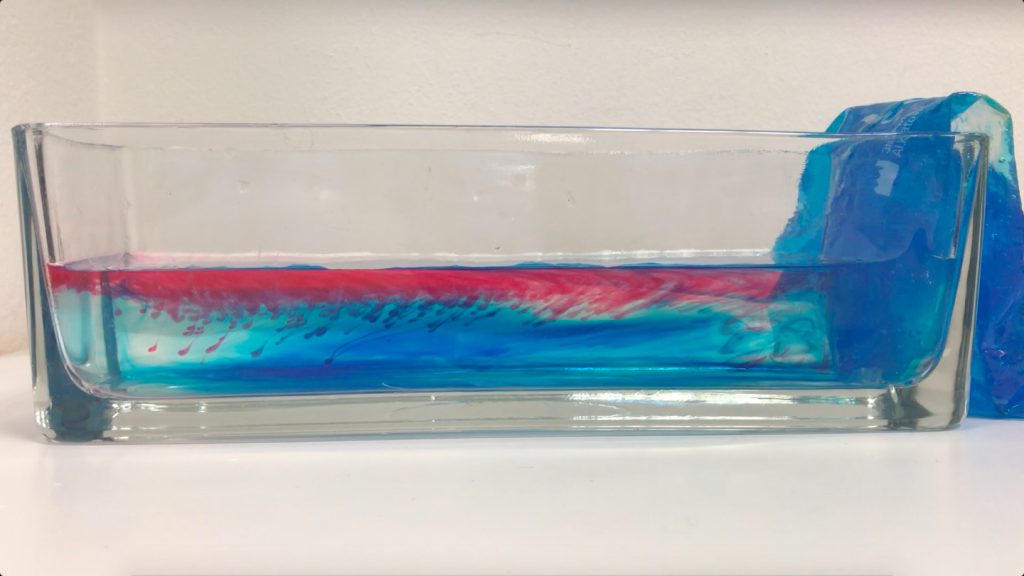 Until after a couple of minutes, we see that they are really contributing to mixing between the two layers. 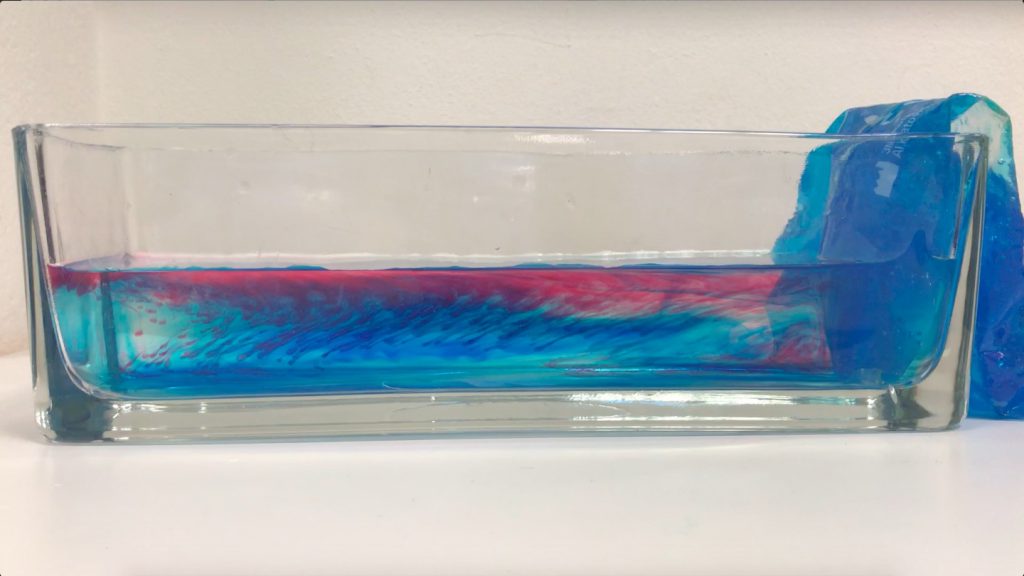 Even though double diffusive mixing happens in the ocean, too, the scaling of these fingers is of course totally off if we think of this tank as for example the northern half of the Atlantic. But then so is the density stratification… But it’s always good to keep in mind that while this experiment is showing some things quite nicely, there are also things that are artefacts of the way the experiment is set up and that aren’t analogous to how things work in the ocean.

A really nice and very new-to-me way of observing them is from above:

This is a picture that was taken fairly early in the experiment, when the layers hadn’t propagated far yet and the salt fingers weren’t being pulled back by the shear between the layers. But it’s nice to see how the dye is concentrated in those downward moving fingers, isn’t it?

Related Posts to "Salt fingers in my overturning experiment":