But then accidentally I came across this method (as in: I wanted to show something completely different, but then I saw the salt fingers and was hooked): 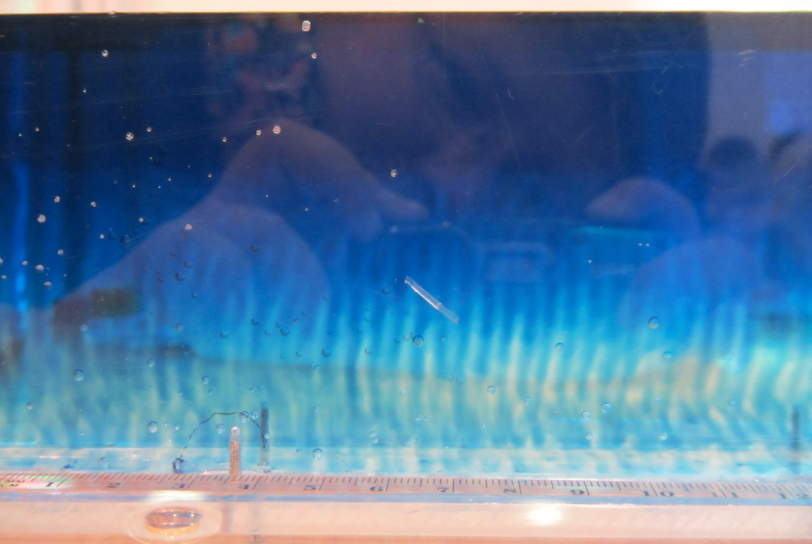 In my experience, the best salt fingers happen when you use hot water with dye (as the warm and salty top layer) and cold fresh water below. Salt fingers develop quickly, you don’t have the hassle of hitting the exact temperatures or salinities to make the density stratification statically stable, yet unstable in salinity, and it ALWAYS works.

Double-diffusive mixing. Scale at the bottom is centimeters. 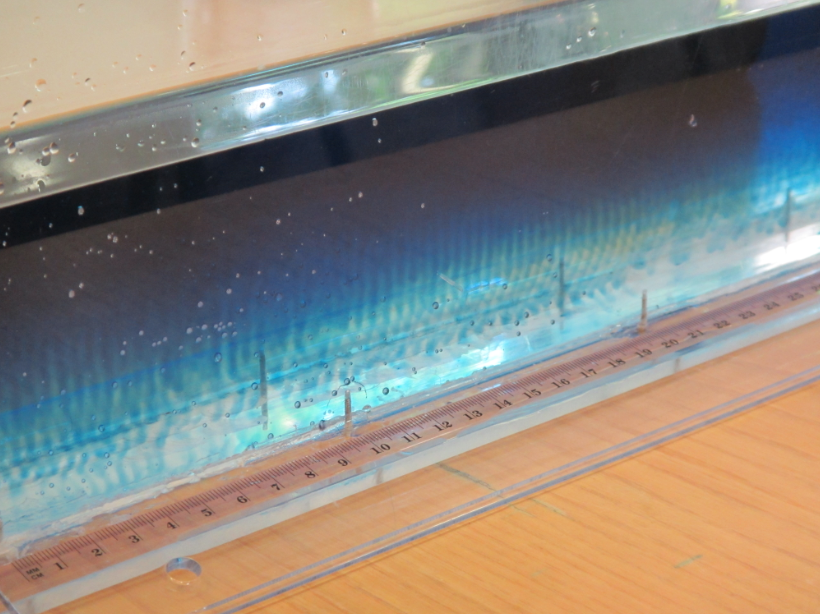 And look at how beautiful it looks! Do you understand why I LOVE double diffusion?