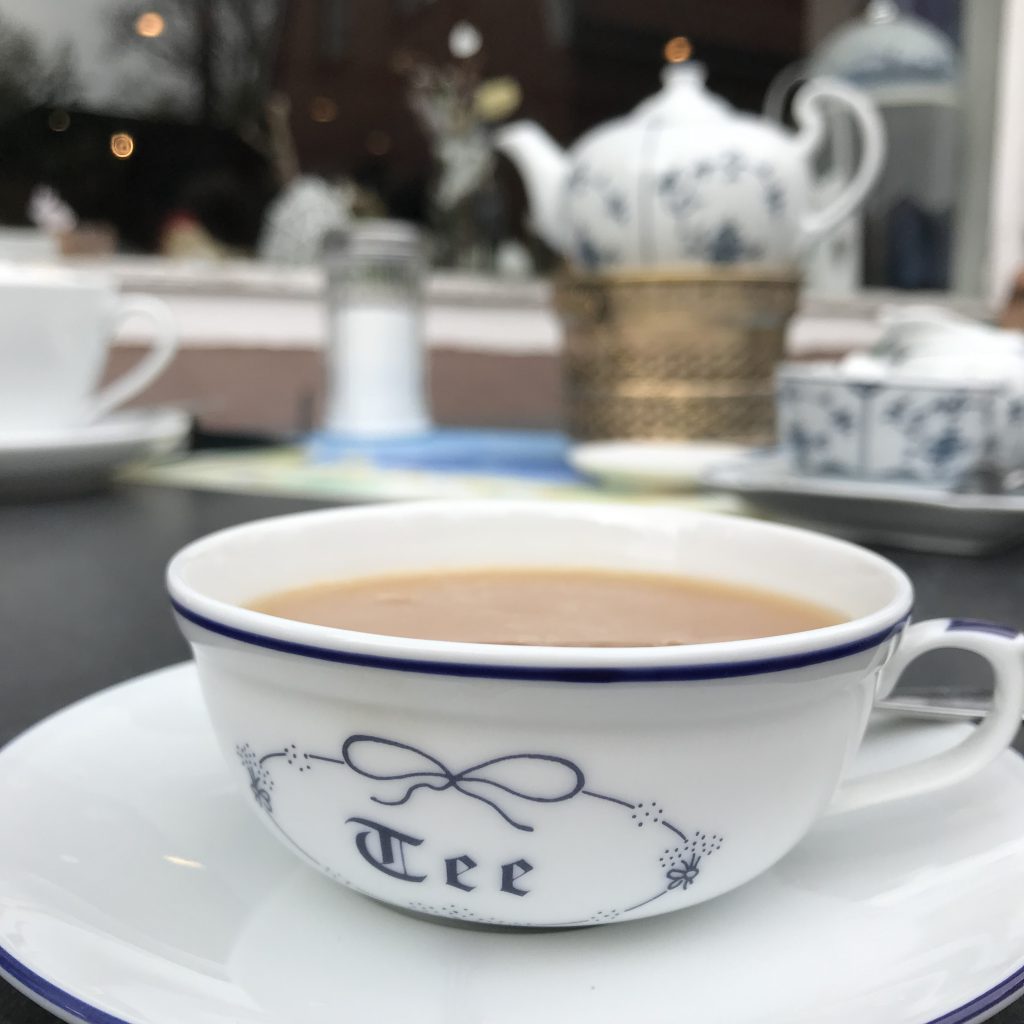 The result of double-diffusive mixing of cream in tea is probably familiar to most (see above), but have you ever looked closely at the process?

Below, we pour cold cream into hot tea. The cream initially sinks to the bottom of the tea cup, but then quickly heats up and fingers start raising to the surface of the cup. They are visible as fingers because while the heat has quickly diffused into the cream, the actual mixing of substances takes longer and the opaque milk stays visible in the clear tea. Only when the fingers have risen to the surface the substances begin to mix due to shear and diffusion of substances. Hence the name “double diffusion”: First diffusion of heat, then of particles afterwards.

If you happened to stir the tea before pouring the cream, it looks even more awesome. Home-made galaxies :-)

And isn’t it fascinating how the blob of cream in the middle of the cup stays intact for quite some time?

Related Posts to "Ostfriesentee -- Double diffusion in a tea cup":

2 thoughts on “Ostfriesentee — Double diffusion in a tea cup”