Something else I found out when checking on my ice cubes yesterday:

I had frozen a second tray* with ice cubes dyed with uranine (you know, the green stuff I found in the lake near my house the other day?). Like the other ones, they clearly froze back-of-the-freezer-forward, and the most interesting thing to me: Only the parts that weren’t frozen were fluorescing in the fridge! 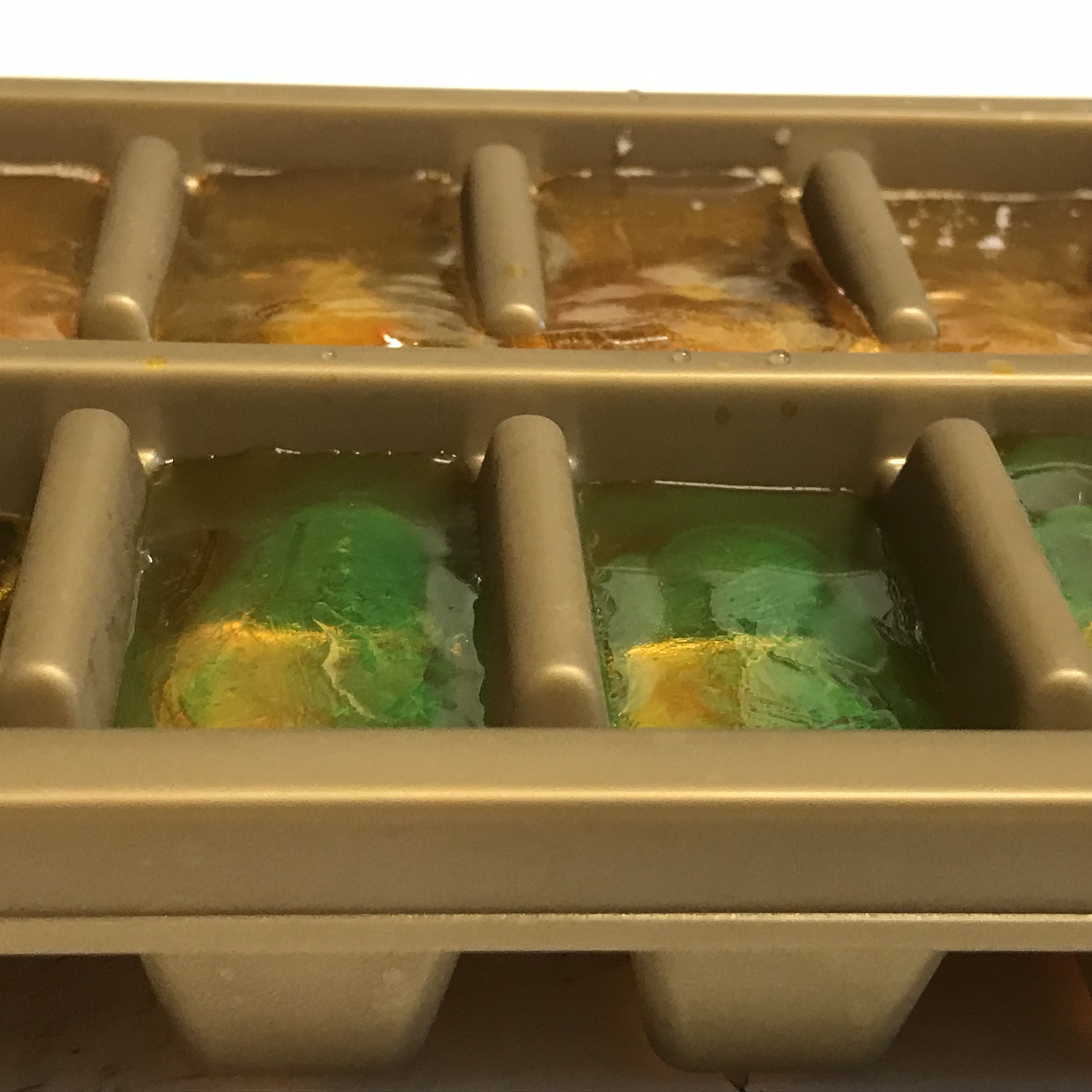 For comparison, here a picture of the leftover water (so same dye concentration as the ice cubes) in the beaker, and the tray with frozen ice cubes next to it. You can see the beam of the UV lamp on the table* so you believe me that the ice cubes were lit with UV light, too, they just don’t fluoresce! 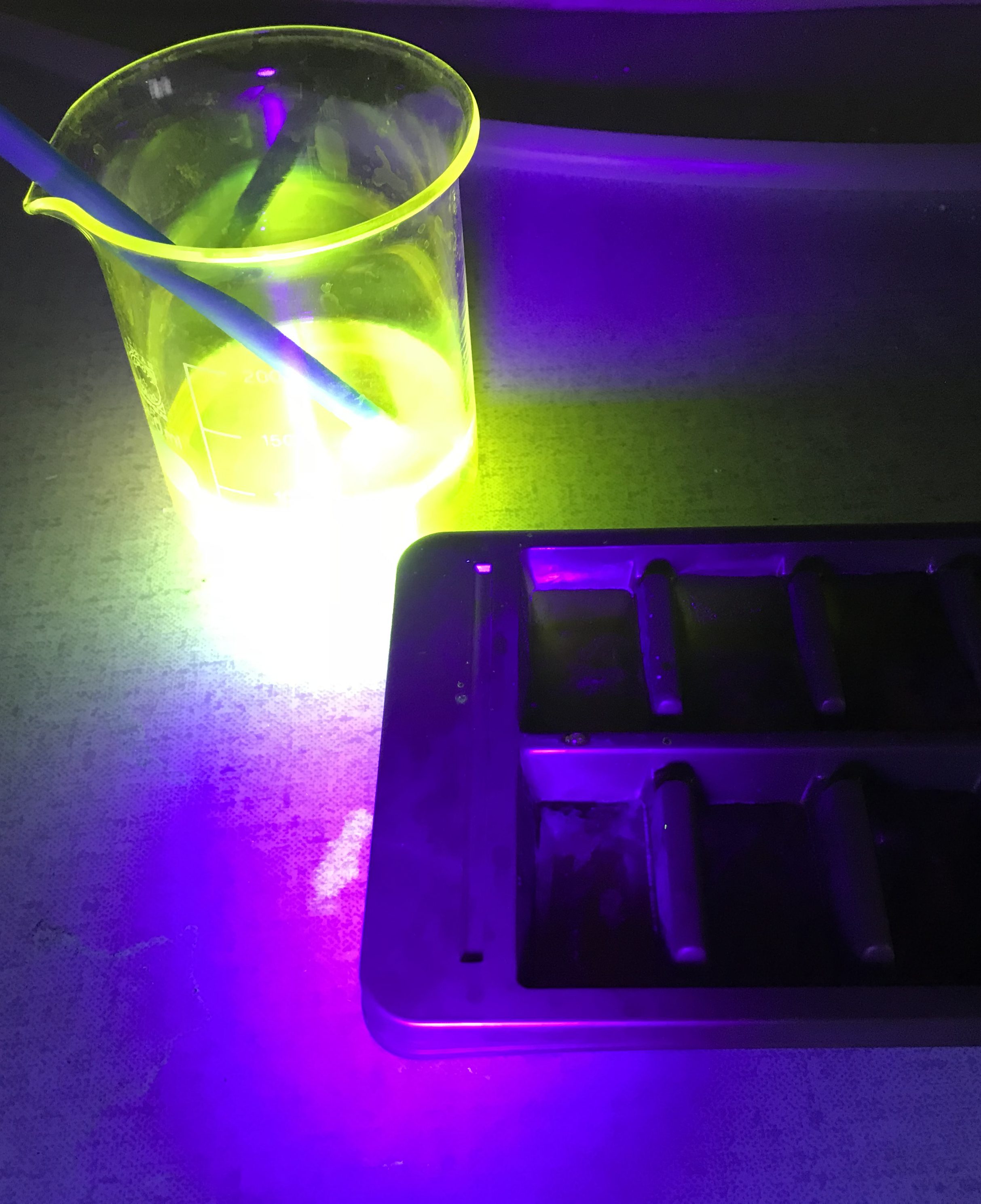 *Ailin and Steffi, did you see I got you a gold colored ice cube tray? :D Although, had I thought that I would be looking at the ice cubes themselves this much, I would probably have gotten two whites instead of a white and a gold one… But now you at least have a pretty ice cube tray in the lab :-)

**and a stain that I am only now noticing, but it wasn’t me; I was working super carefully since today I am not dressed for the lab and I don’t want that stuff on my clothes!

Related Posts to "Did you know uranine doesn't fluoresce when frozen?":