After writing the blog post on sea ice formation, brine release and what ice cubes can tell you about your freezer earlier today, I prepared some more ice cubes (because you can never have too many ice cubes for kitchen oceanography!), and then happened to look into the freezer a couple of hours later. And this is what I found: 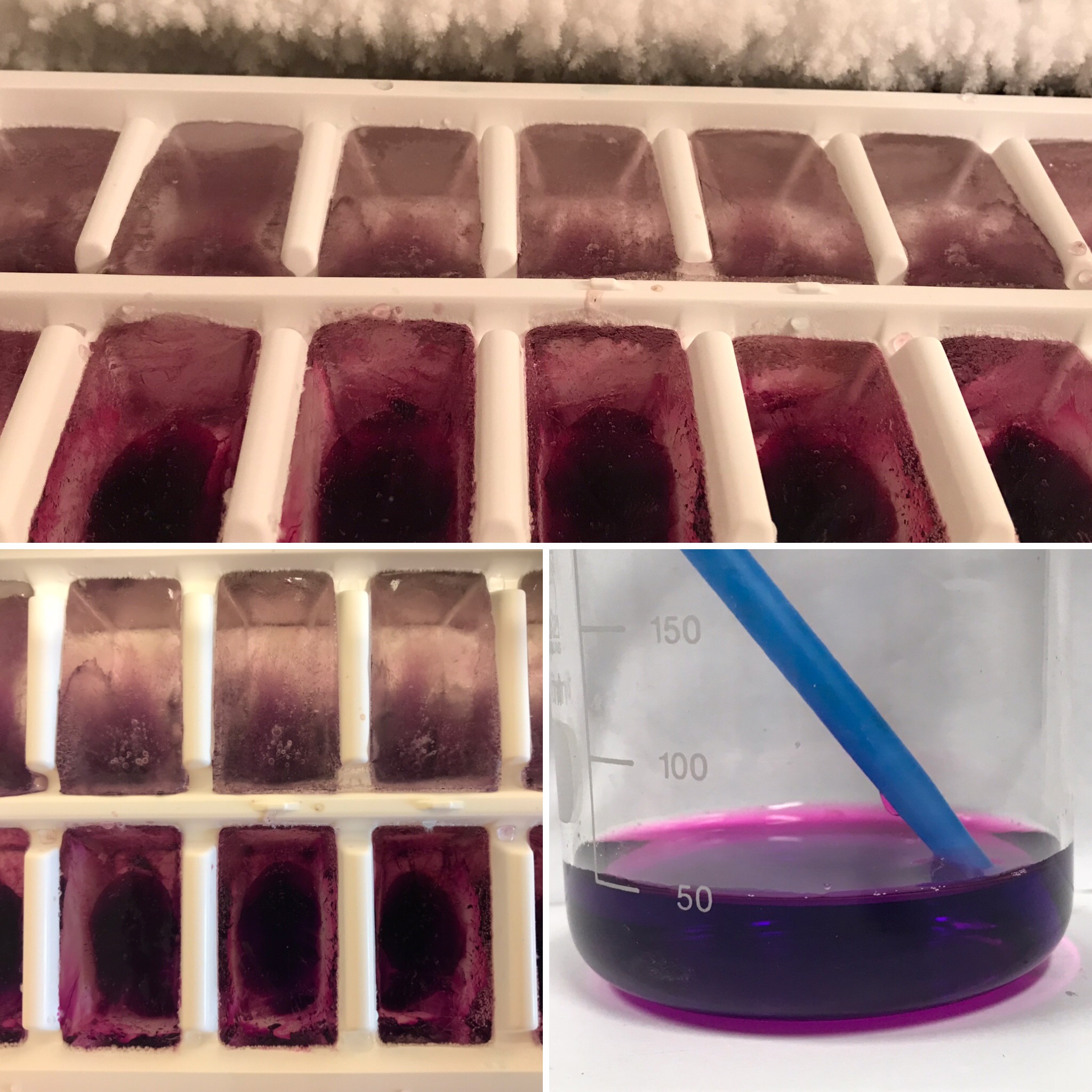 Top pic shows the ice cubes “in situ”, clearly showing the cold back wall of the freezer where they were sitting.

Bottom left pic shows a top view of those ice cubes and it is very obvious that they have been starting to freeze from the back wall of the freezer forward: The upper row of ice cubes in the pic has formed clear ice in the direction towards that wall and has pushed the dye forward, whereas the bottom row in the pic is still not completely frozen and ice cubes seem to be freezing from all sides towards the middle and not as distinctly from back to front.

Bottom right pic: The rest of the water I prepared for the ice cubes that I left sitting on the counter for future use — still looks well mixed, no sinking of the dye to be observed!

And with these exciting updates I’ll leave you for now, so start playing with your own ice cubes! :-)

Related Posts to "Update on freezing ice cubes and the temperature distribution in our freezer":