What I find really fascinating about watching waves in the atmosphere rather than on water is that all the waves that become visible are not surface waves like on water, but internal waves. Which we have to go to great lengths to make visible in water (for example by adding dyes in tank experiments) but which we can’t just visually observe in the sea in the same way as we can in a transparent atmosphere.

In the atmosphere, however, we also don’t see every internal wave going on, either, we need very specific conditions for them to become visible. So whenever I see one, I start pondering why we see exactly what we see, why there are clouds in some places and not in others. Below, for example, we see the troughs of an internal waves in cloud stripes, but the crests don’t form clouds. Fascinating how just displacing air by a little bit can cause clouds to form and to disappear! 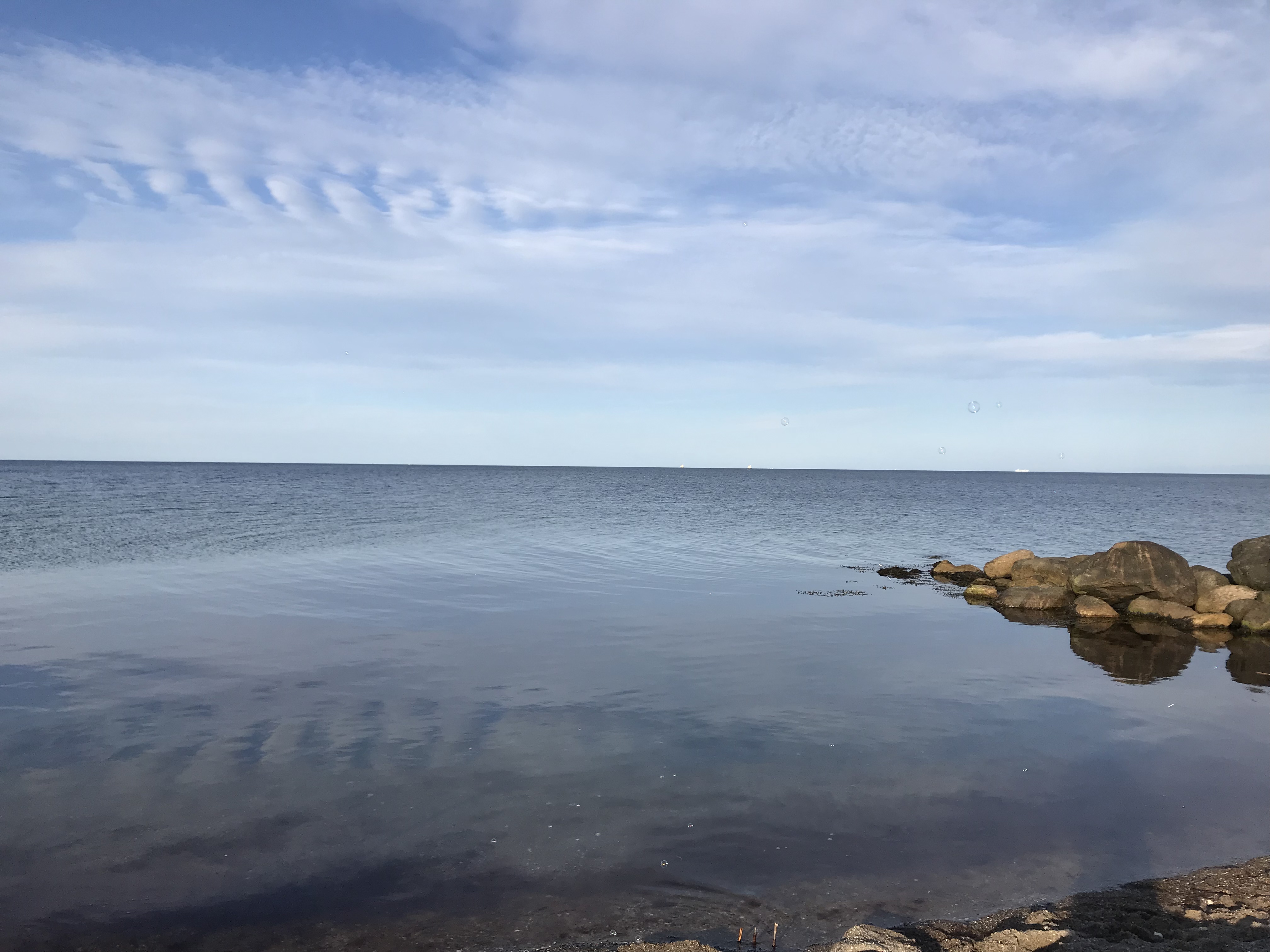 And things become super cool when you combine atmospheric wave watching with “normal” wave watching like in the picture above. There you see the rough surface with tiny little wind waves in the background, waves coming around the break water, the calm water in the lee of the break water, sheltered from the wind, and then the reflection of the atmospheric waves on the water.

And you thought it couldn’t get any better? Well, you were wrong! Now there are also some waves on the water, plus soap bubbles! :-) 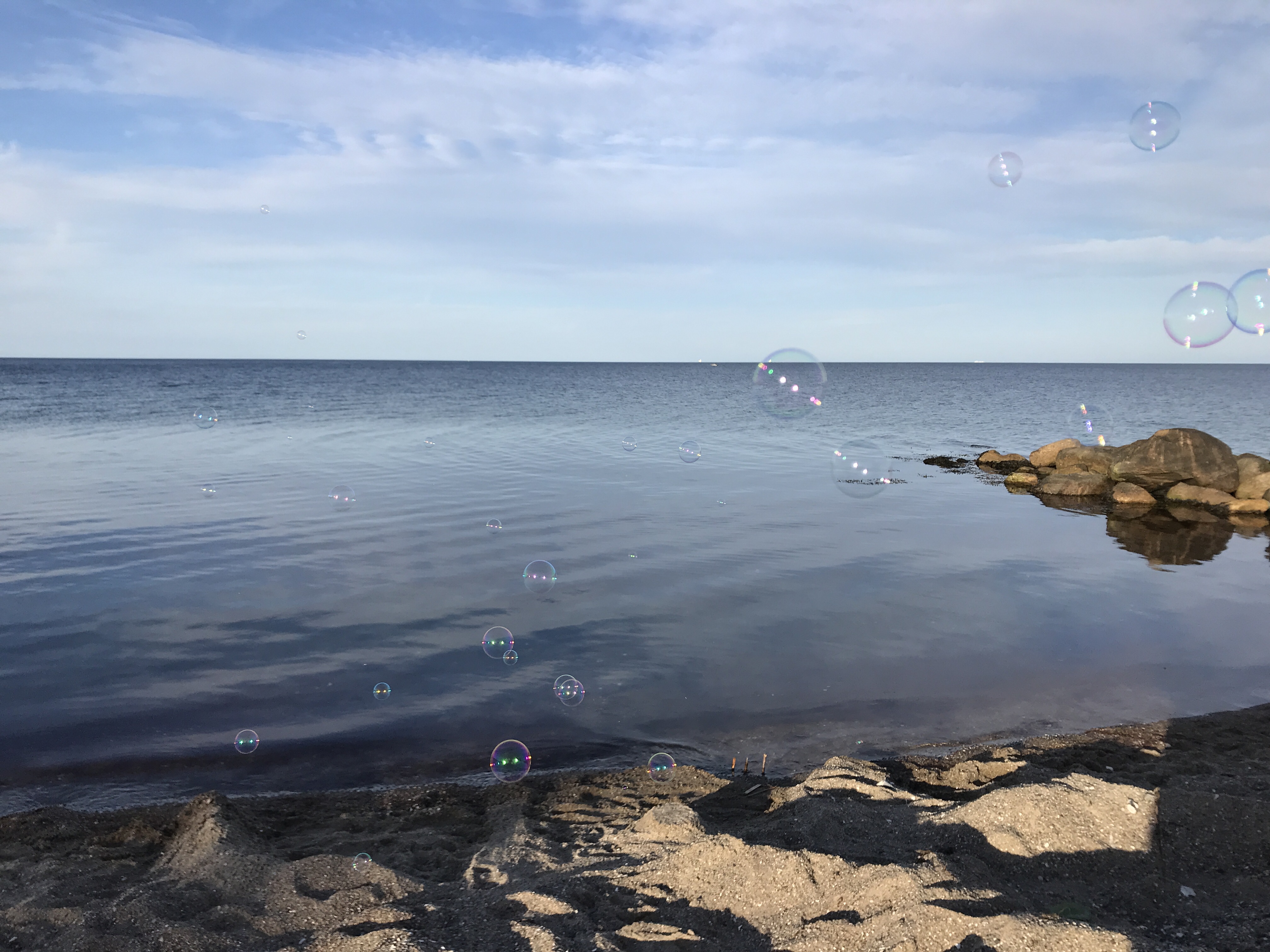 Now, for a thought experiment: What would soap do to the waves? Would destroying surface tension actually matter? I think not in this case, or t least not close to land in the picture above, since the waves are mainly gravity waves, not capillary waves. But what do you think?