On Thursday I went on a “let’s go for a walk, but if it starts raining too much, we’ll just go have coffee” trip with a friend to the east shore of Kiel fjord. And it’s always nice to get a different perspective!

For example below: You see the large cranes from the shipyards that are the most noticeable thing in Kiel’s skyline in the background. And you see that it’s quite windy: Lots of nice waves coming on the shore! From how they don’t change their direction as they approach the shore we can see that the beach must have a much larger slope than the one for example here. If there was a shallower slope, they would turn such that the crests would arrive at the beach more or less parallel to the water line. 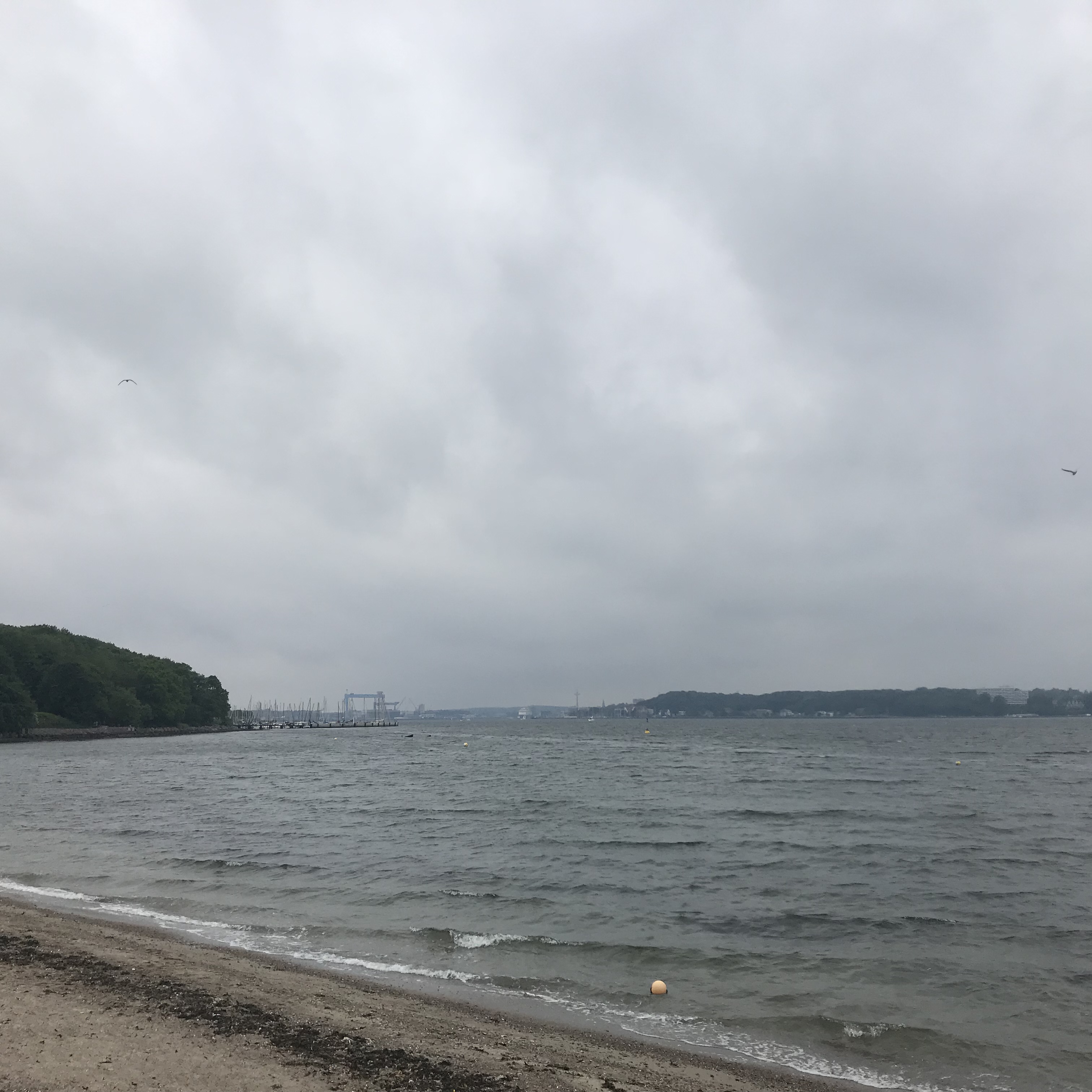 We also see that it’s quite windy by the streaks that form in downwind direction, and by the small choppy waves that are forming on top of the larger ones. Can you feel how the wind is coming in in gusts wherever the surface roughness of the sea is increased? 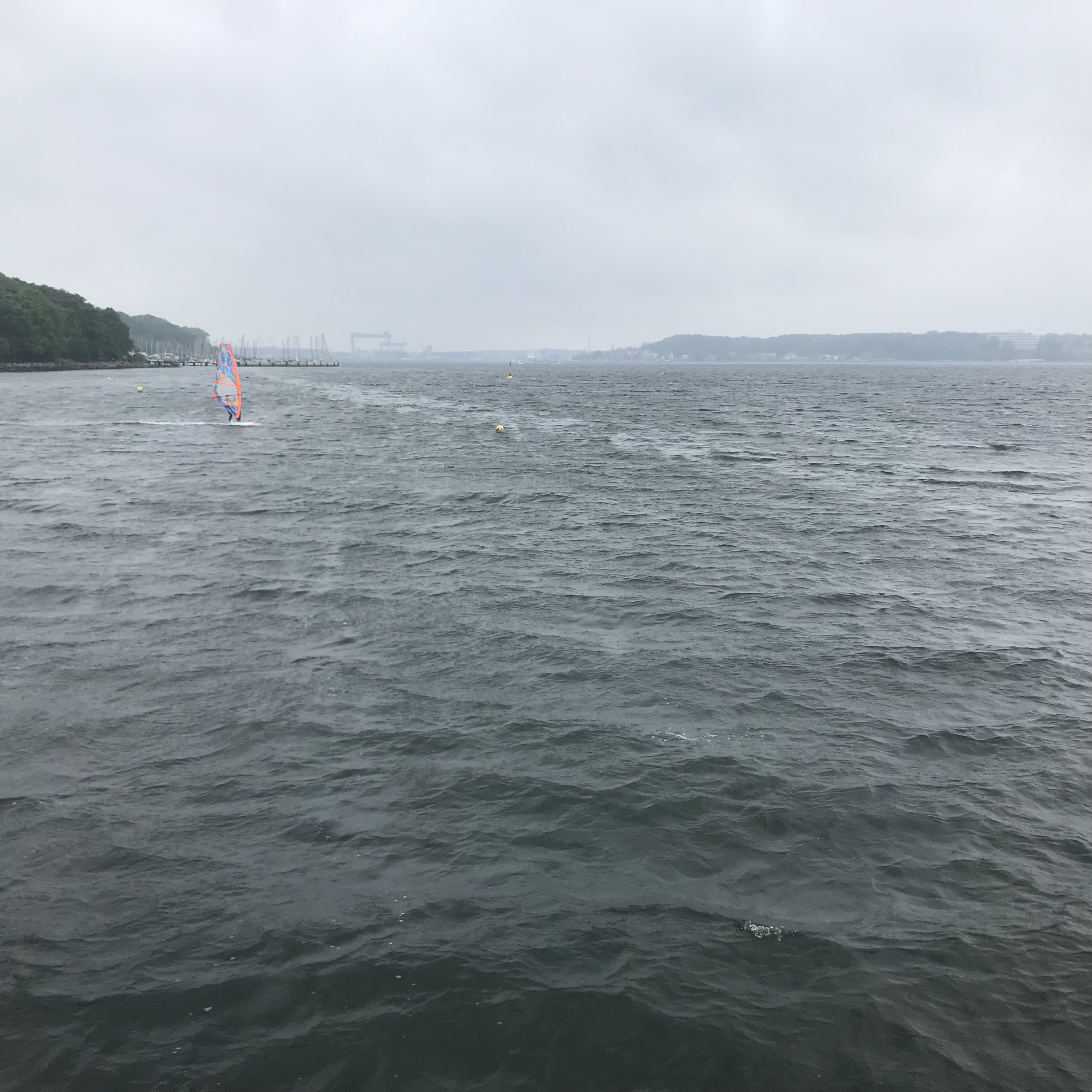 What I found really surprising is how much of a wake the windsurfer created. The board was gliding on the water, yet clearly entraining a lot of air into the water so that we very clearly see its trajectory. I would not have expected that! 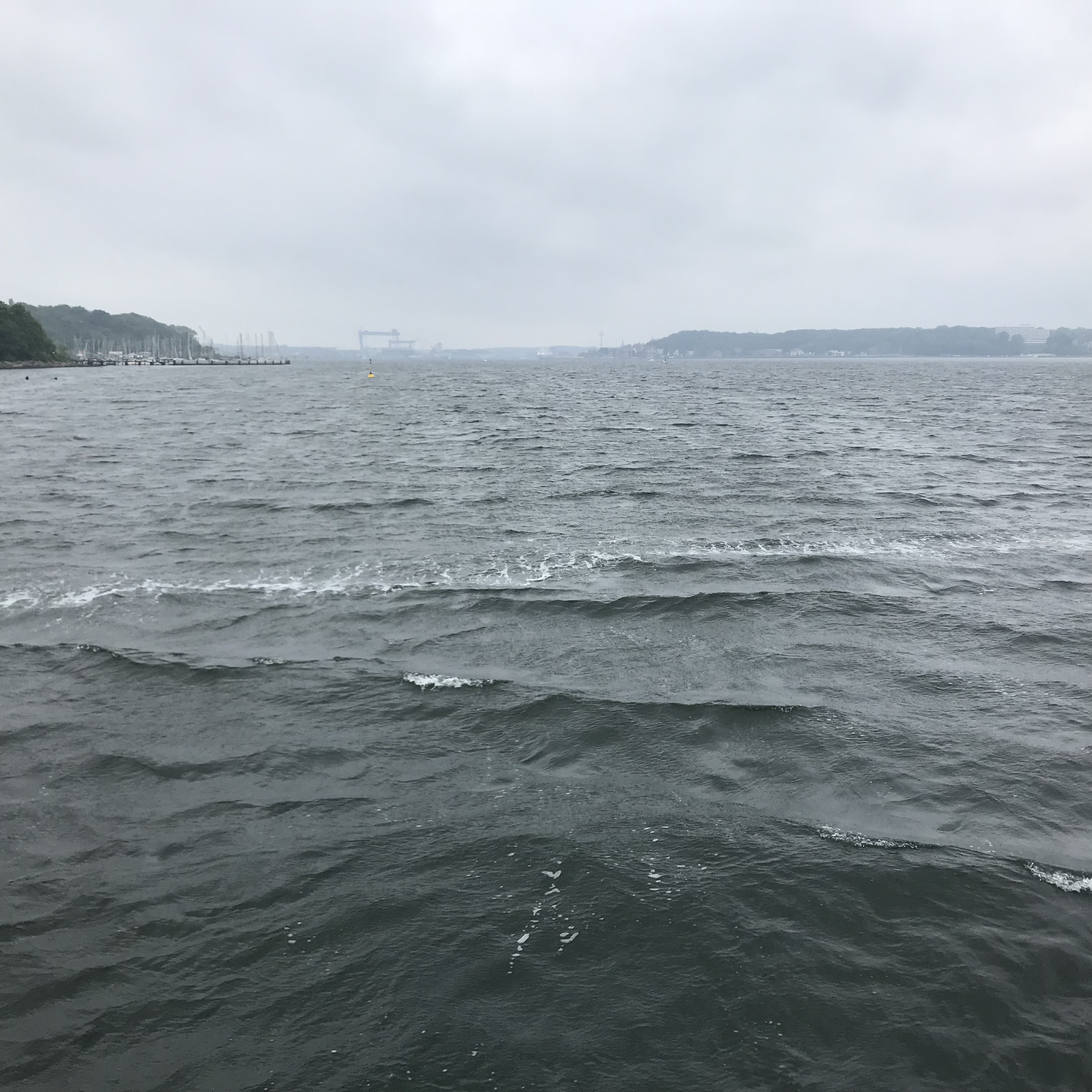 And here is a picture of diffraction of waves in a, what I like to call, half-slit experiment. Basically the wave breaker thingy acts as an obstacle and a very wide slit starts where the obstacle ends. See how, once they pass the wave breaker, the wave crests get shaped into quarter circles that run out into straight wave crests away from the shore? 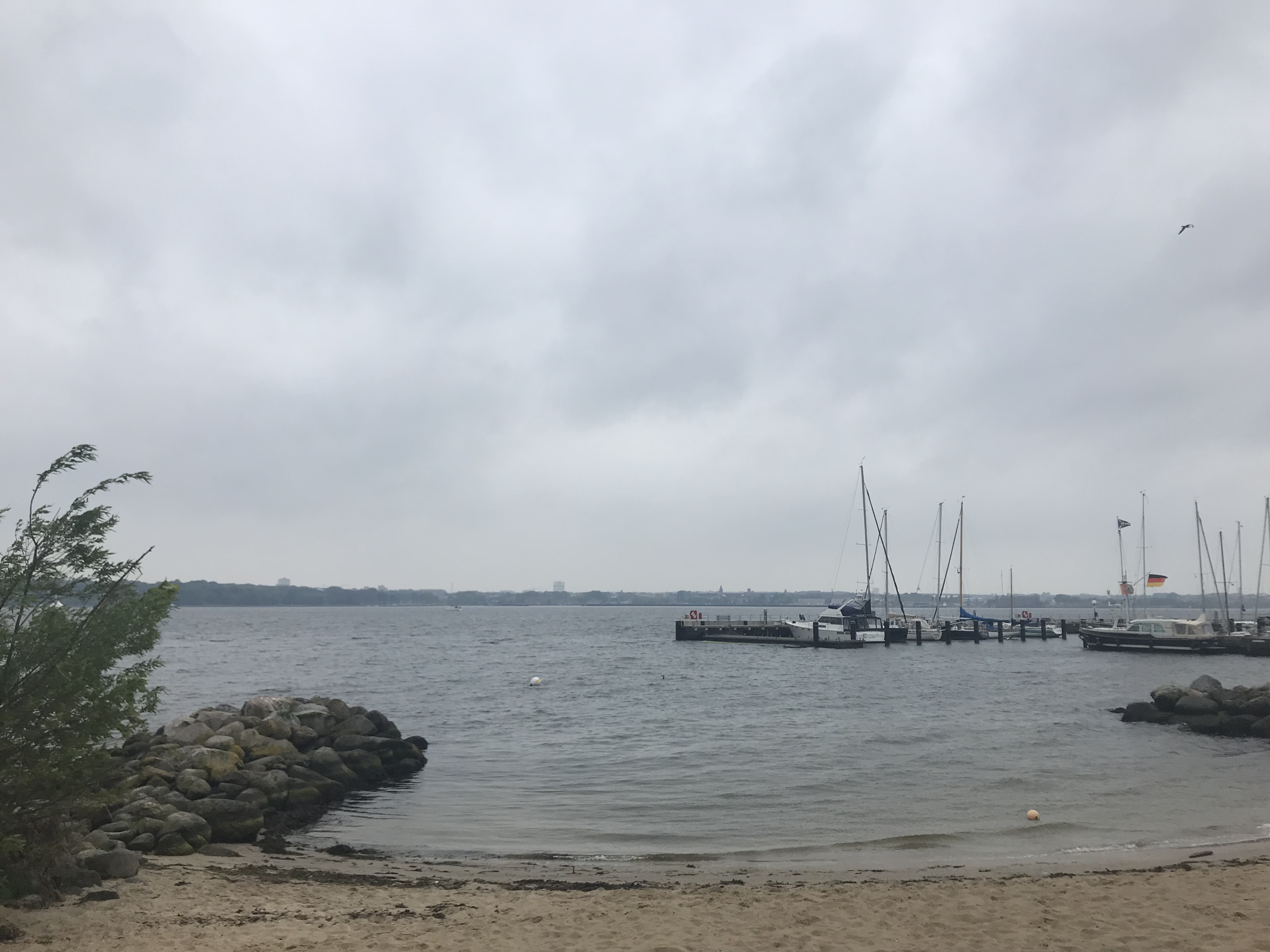 Here is another view of the same situation; of waves being diffracted by the wave breaker. I quite like the difference in surface roughness: As soon as the waves run into the lee of the wave breaker, they are sheltered from the wind and their surface becomes smooth. 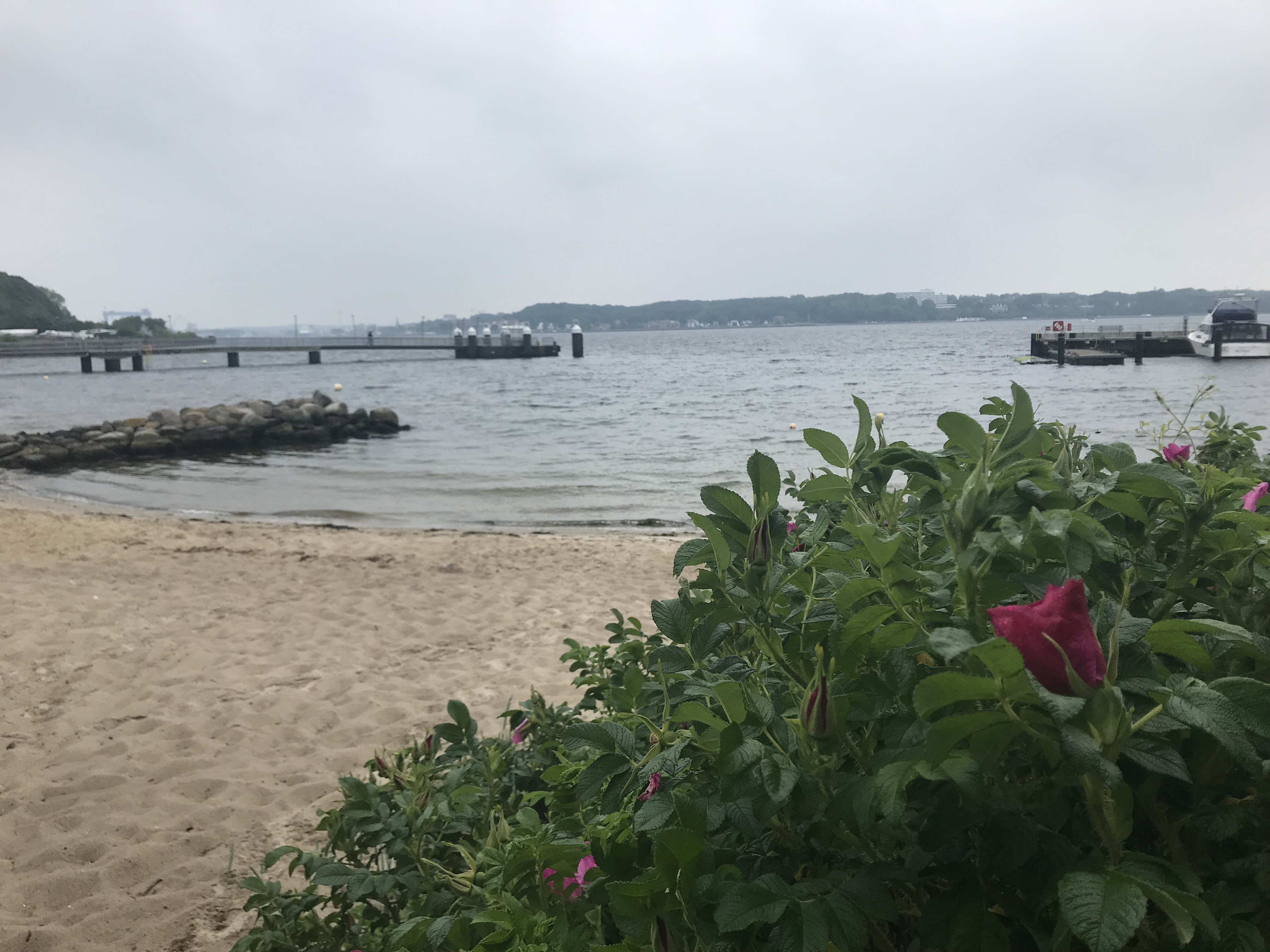 But the main reason I took the picture above is that I try to incorporate some stuff that relates to my job in my pictures, i.e. things related to biodiversity. Did you know that that kind of rose is apparently an invasive species? I did not and I find it baffling since it is very common on the German North Sea and Baltic Sea coast. And so pretty, and it smells so nice, too!

Below is a less pretty picture, just to show how the harbour’s breakwater has a big effect on the wave field. I guess that’s exactly what it’s there for, but it’s still nice to see… 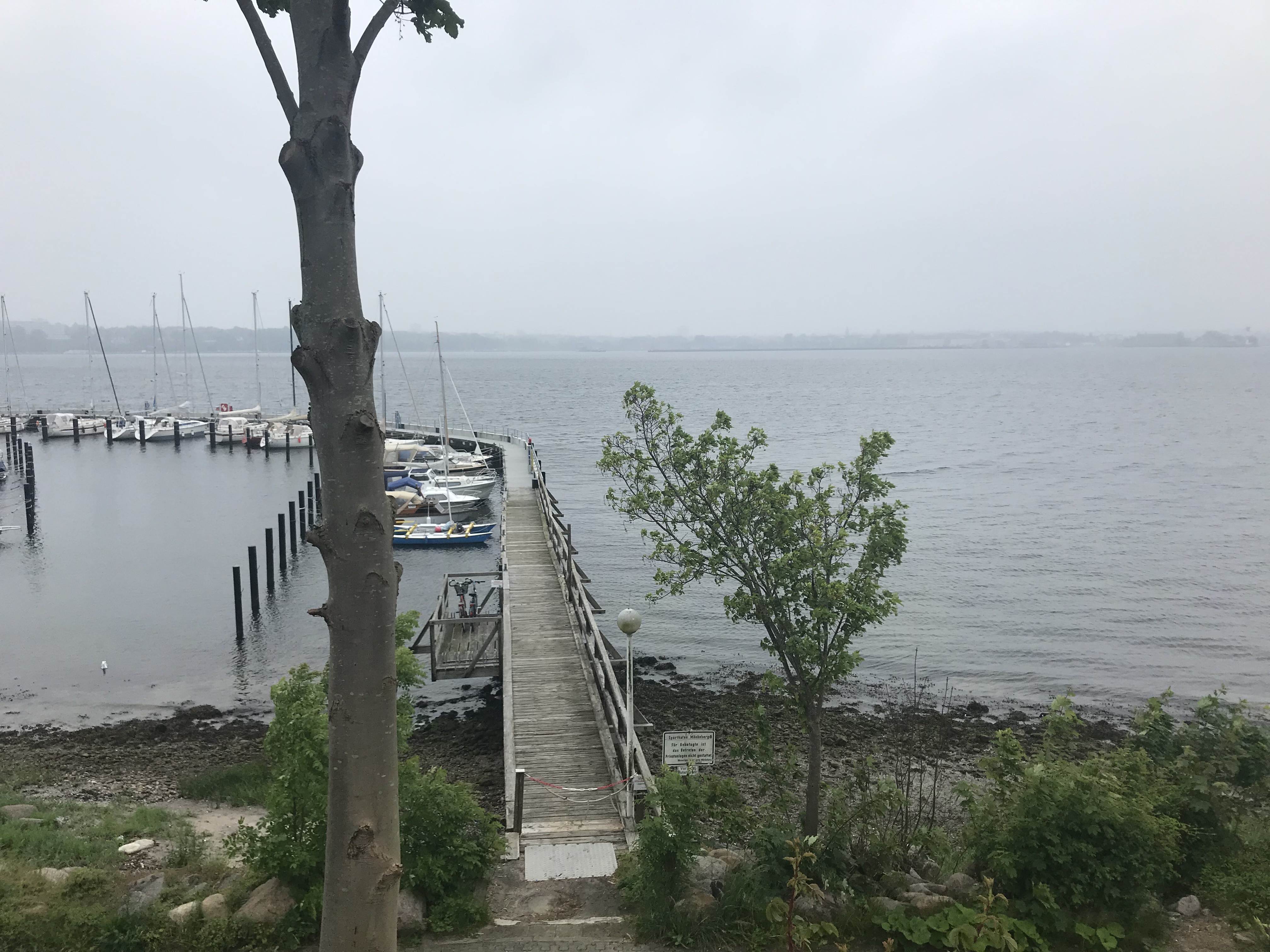 But now it’s time for coffee. And to look at the rain from the other side of a window. 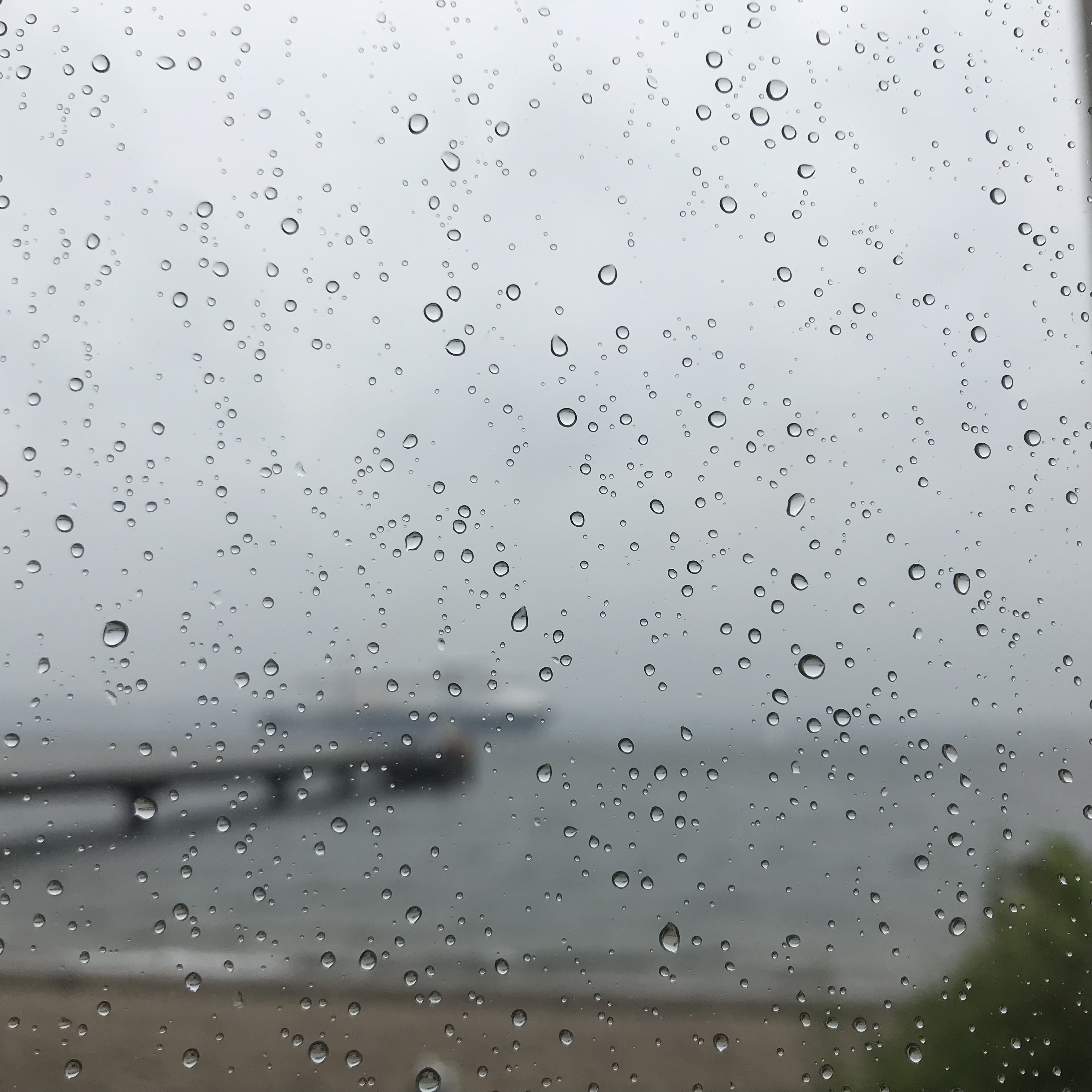 I always love looking at raindrops on windows! The picture below is just a blown up part of the picture above. Do you see the all the tiny, upside-down reflections of the ColorLine in each of the raindrops? How cute is that? 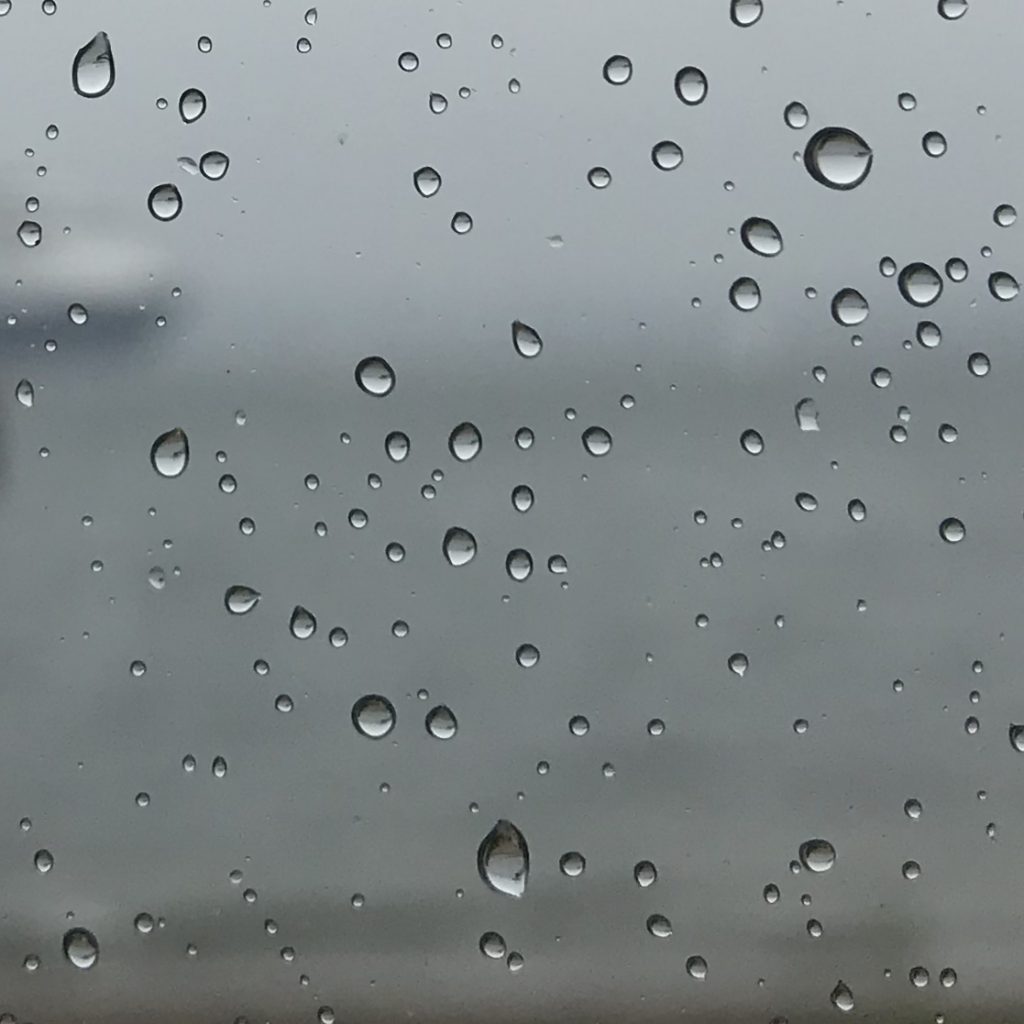 It’s nice to sit inside and just watch the ships go past and listen to the rain :-) 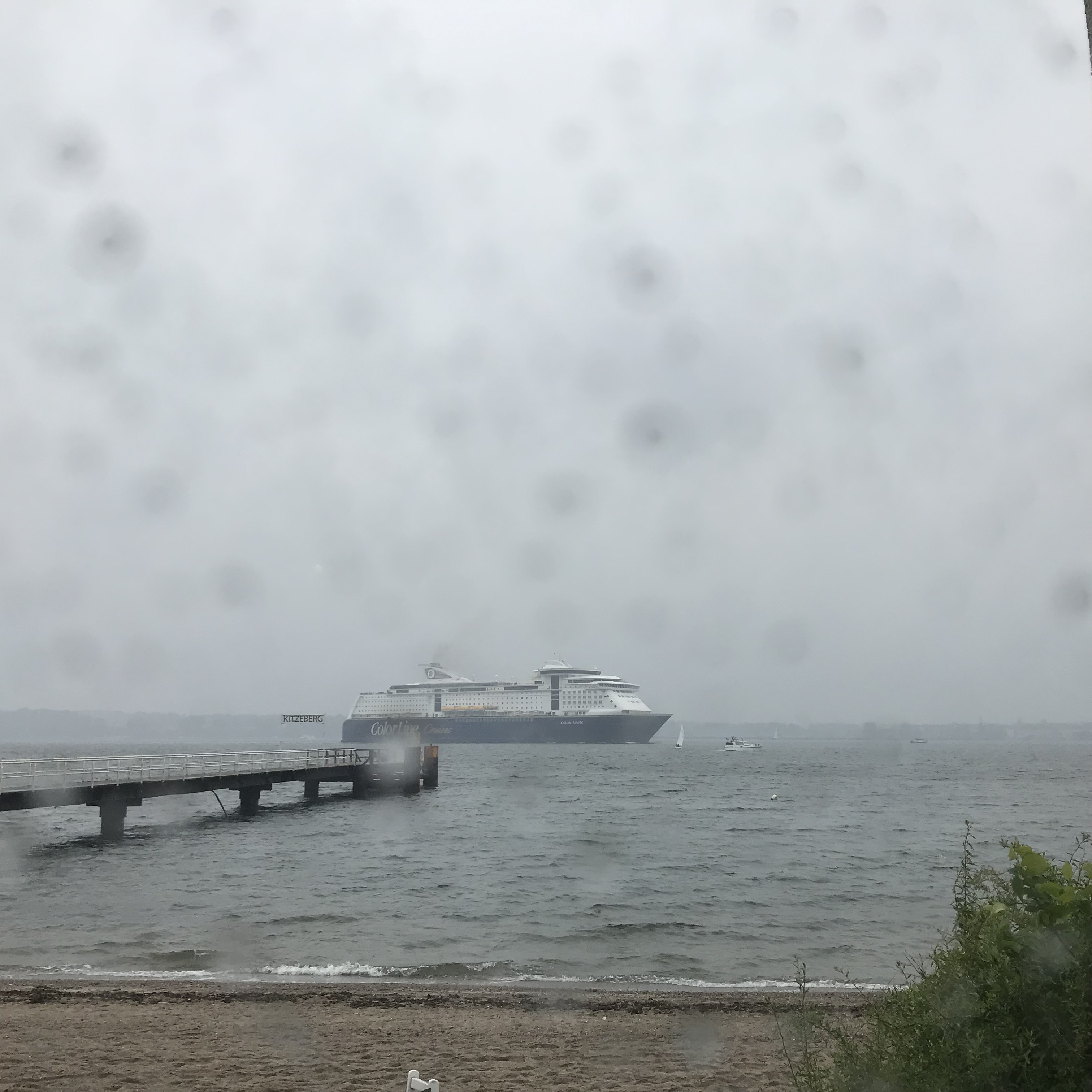