Had a really early start yesterday (today again, but those pics will come in a separate post :-)) because I wanted to cycle to the beach to prepare a guided wave watching tour that I’ll be running for Ocean Summit later this year. 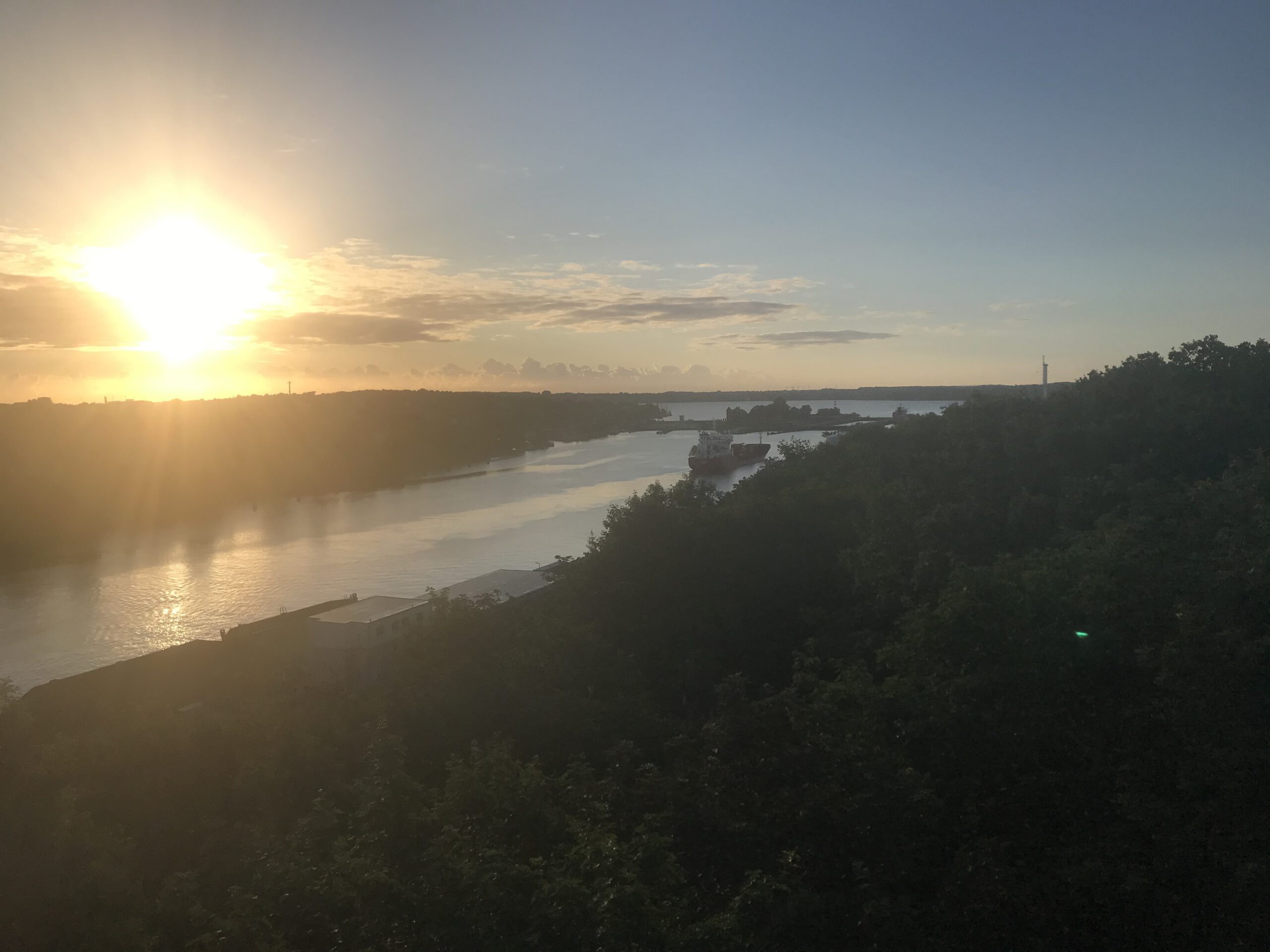 Quick detour on the way — I never realized what a cool spot this is in Christiansprieß! I will be back! Love the combination of linden trees (very continental in my perception) and the industrial maritime vibe of the docks!

But let’s get on to where we want to go: The beach at Falckenstein is ideal for #WaveWatching newbies! 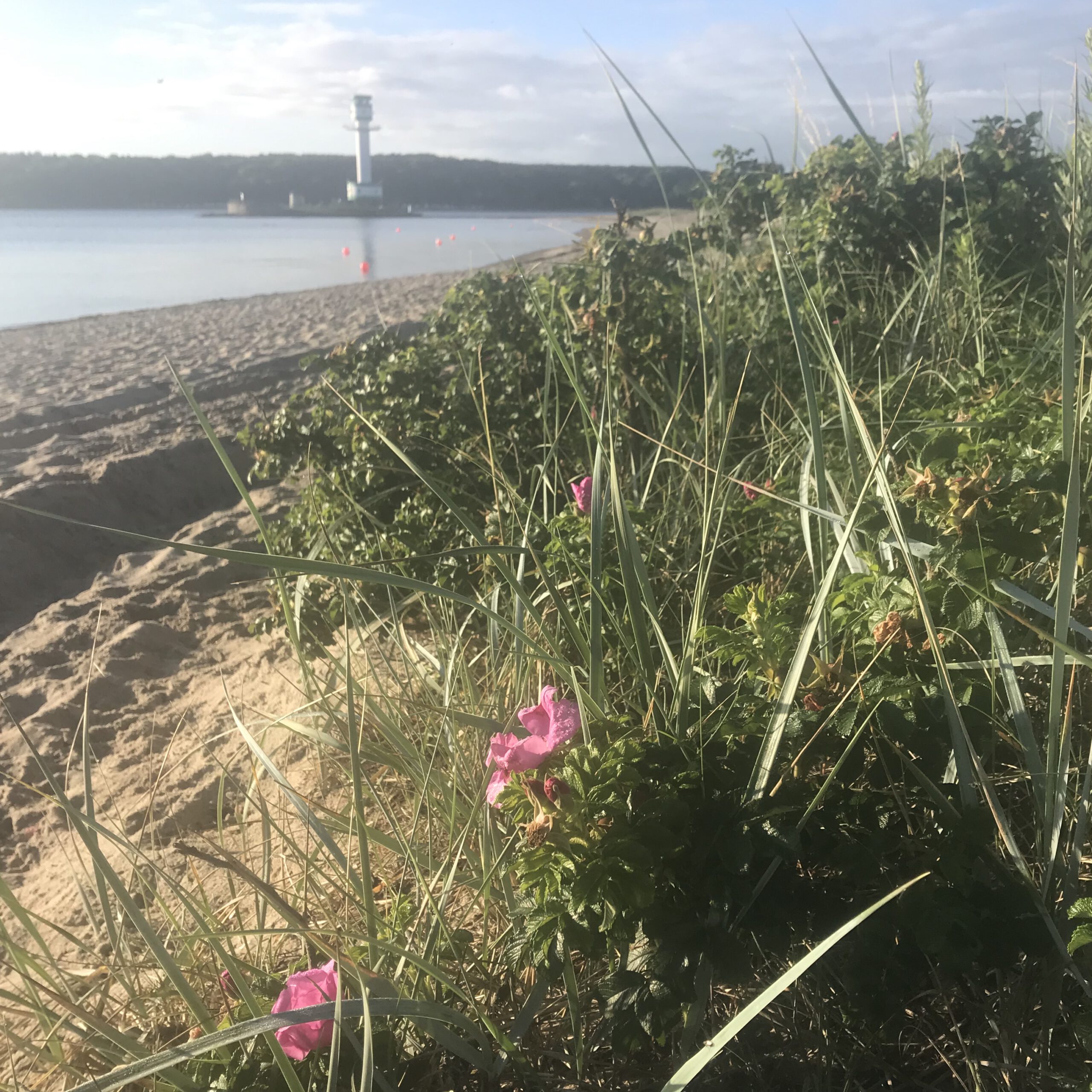 The lighthouse is on a peninsula, meaning that the waves on the upwind side… 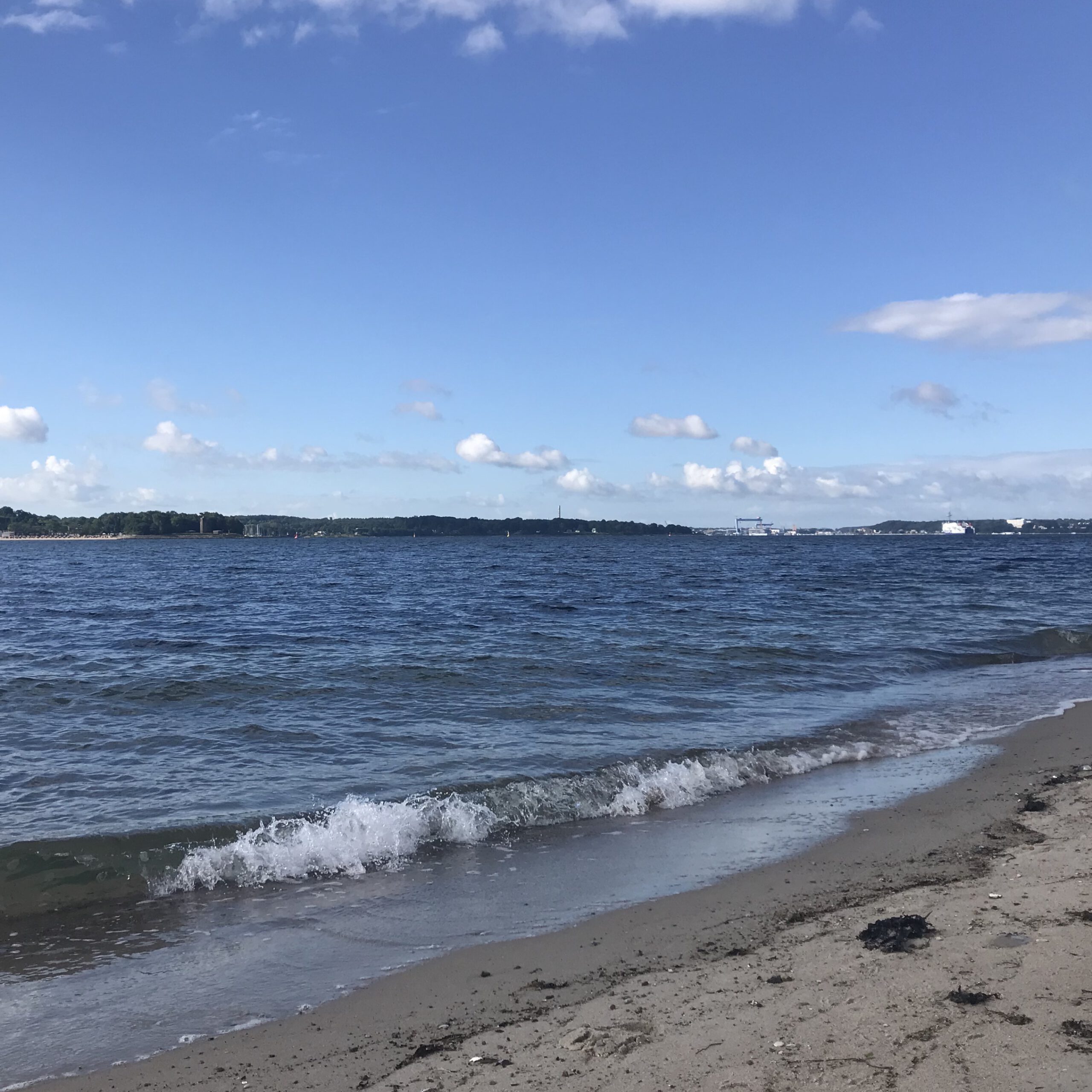 …always look a lot more dramatic than the ones on the lee side. 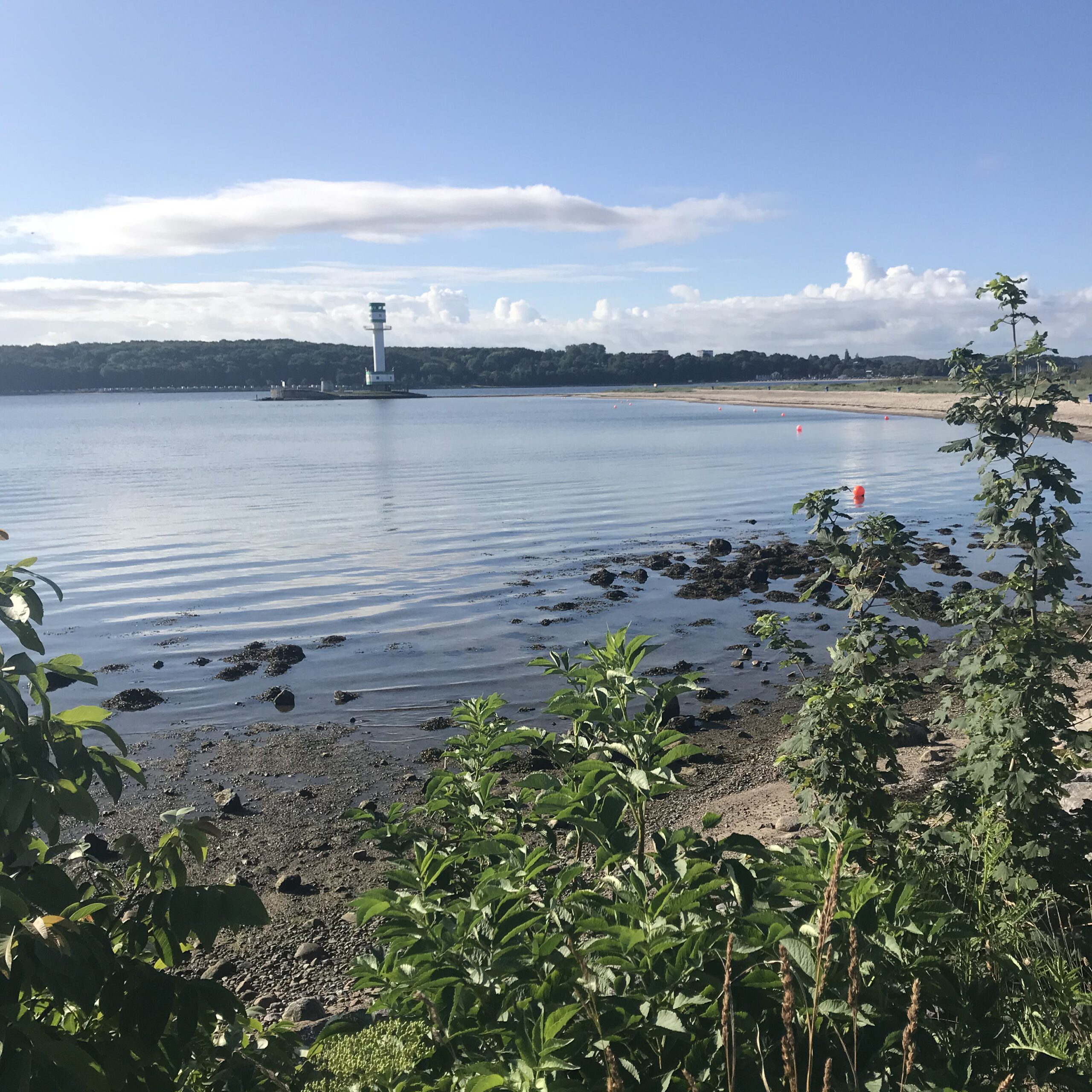 But even though the wind waves on this side are a lot smaller, this side is by no means boring!

There are very cool things to observe here, too. Let me explain… 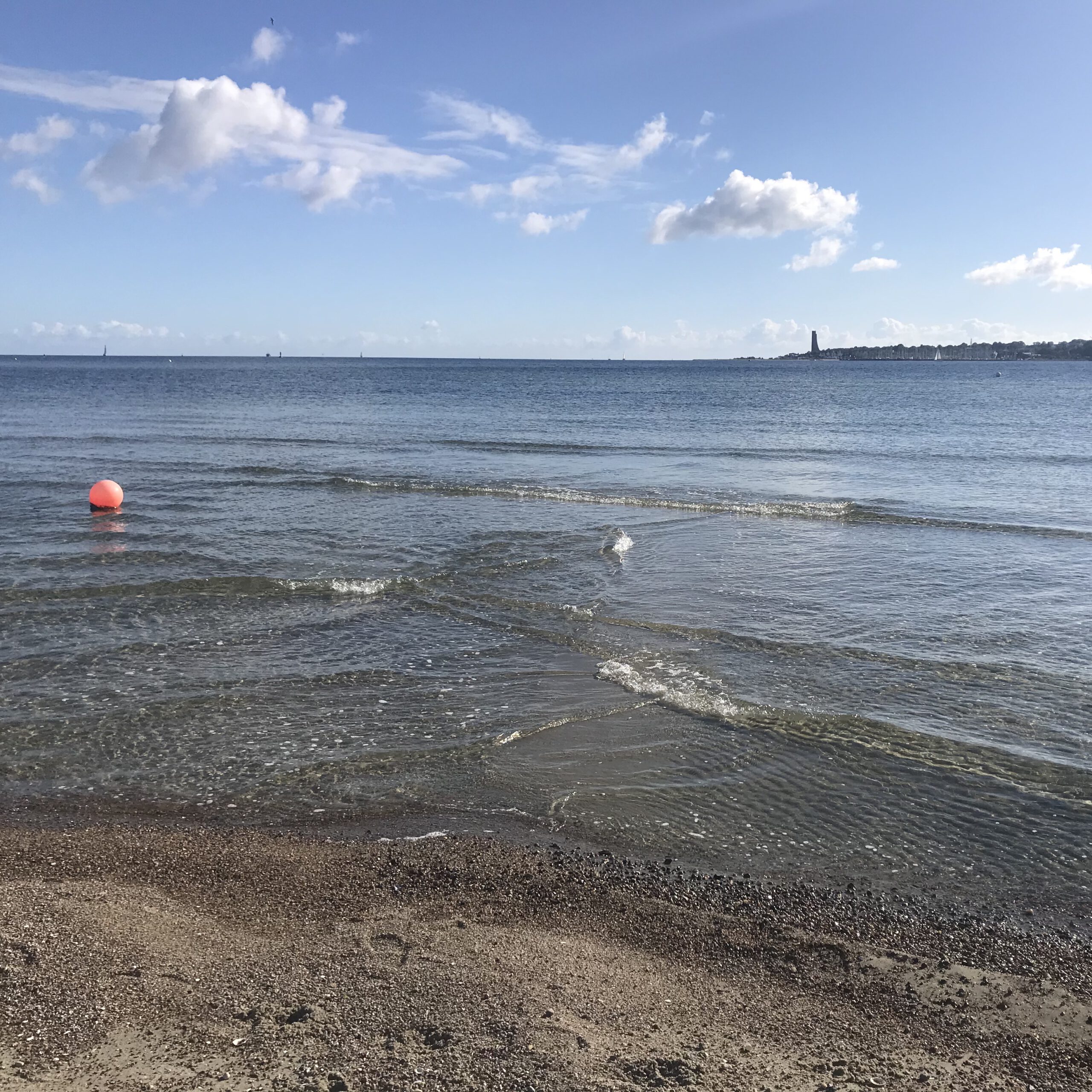 When there are no ships, this side is pretty much flat except for small wind waves. 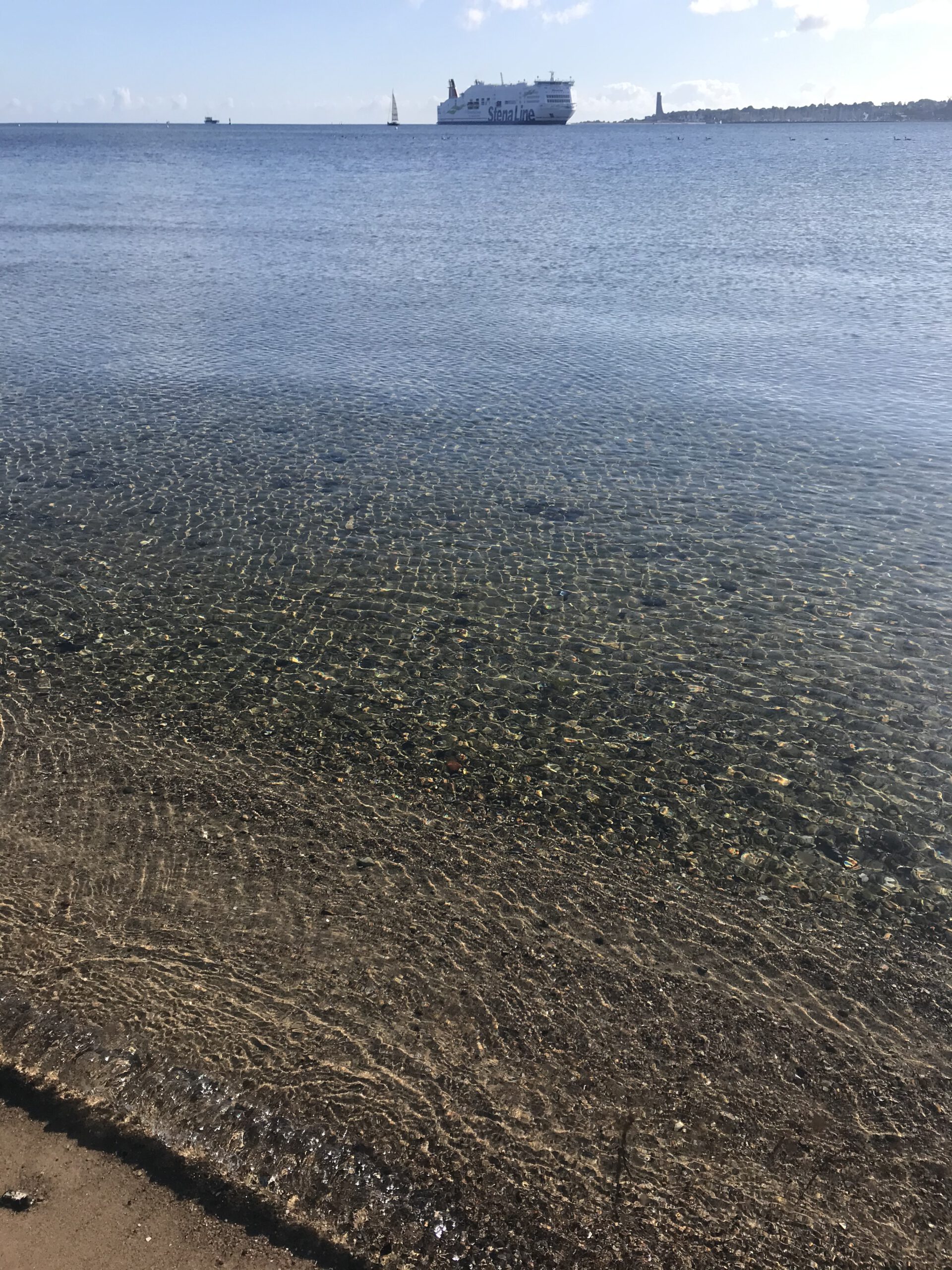 But as soon as a ship passes by and creates a wake, the coolest things happen! 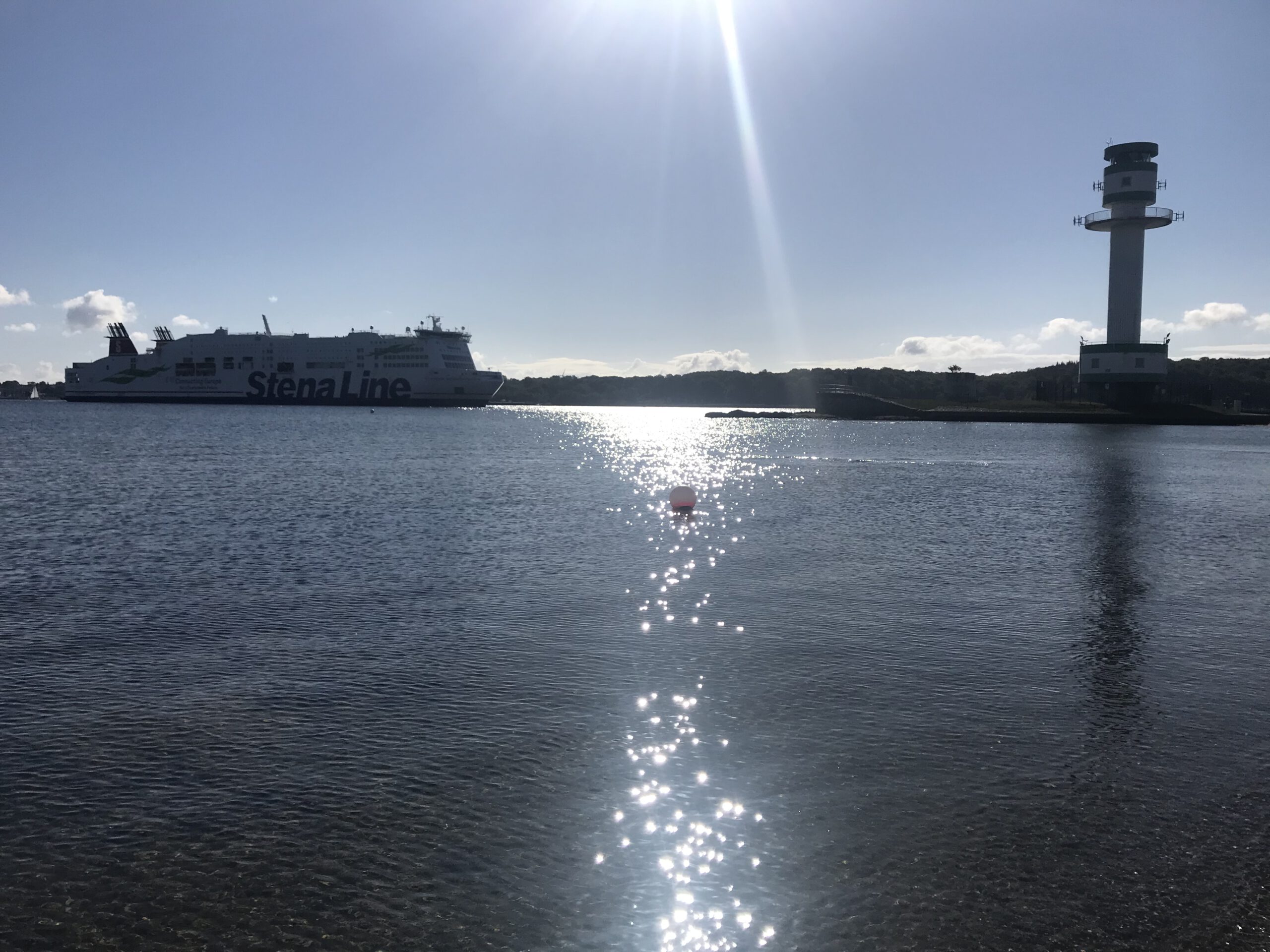 The wake travels towards the beach. So far so not especially exciting. Ship still passing…

BUT! Check out what happens. I’m first filming the wake as it is arriving in the distance and then… (Turn your sound on — suuuper relaxing! :-))

Isn’t it fun how the waves appear as out of nowhere when the water becomes shallow enough for them to feel the sea floor and become steeper? 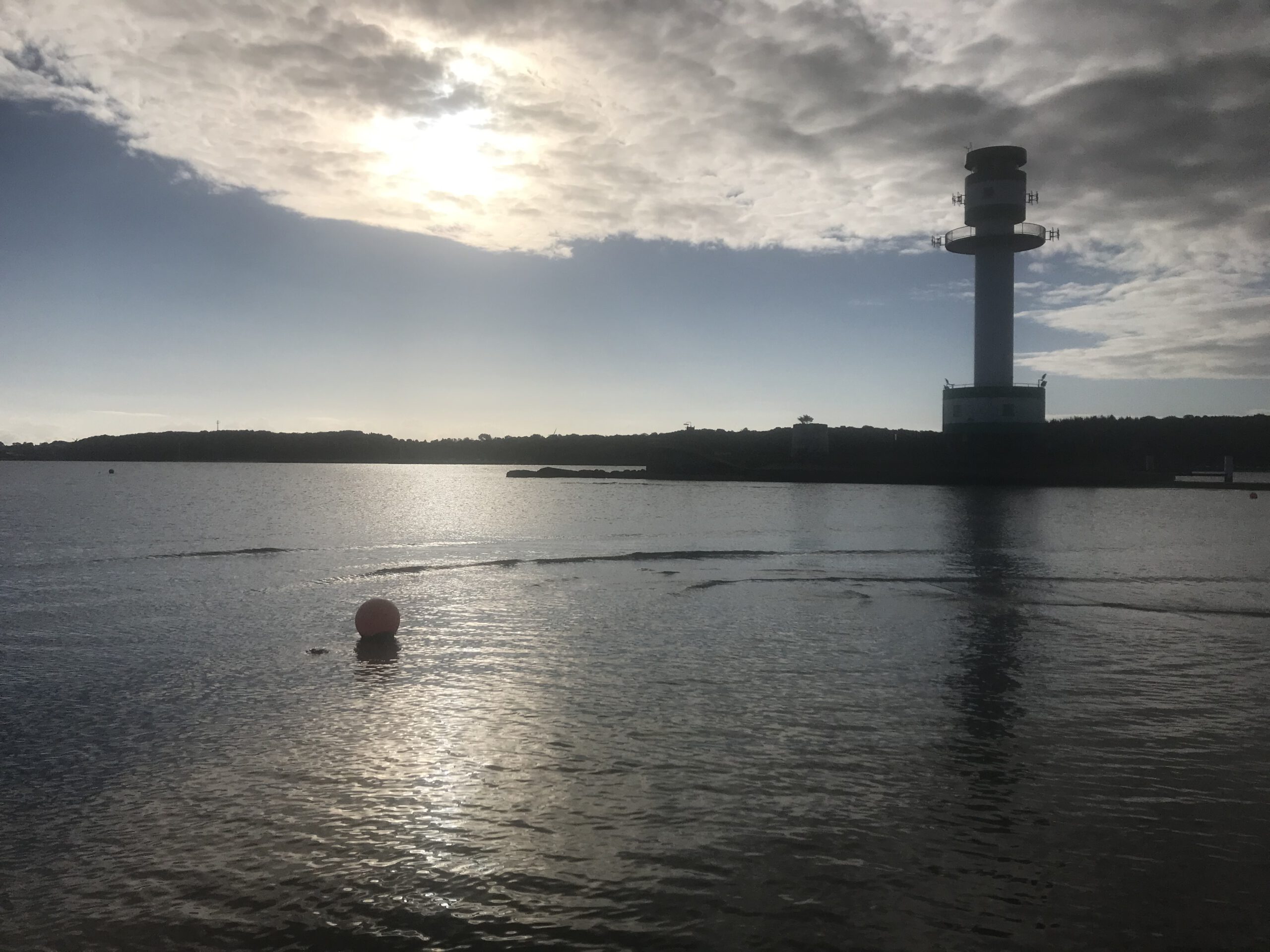 Remember, those were straight wave crests traveling towards the beach, only they get wrapped around the shallow bit and now two sides of the same wave crest even cross each other’s path! 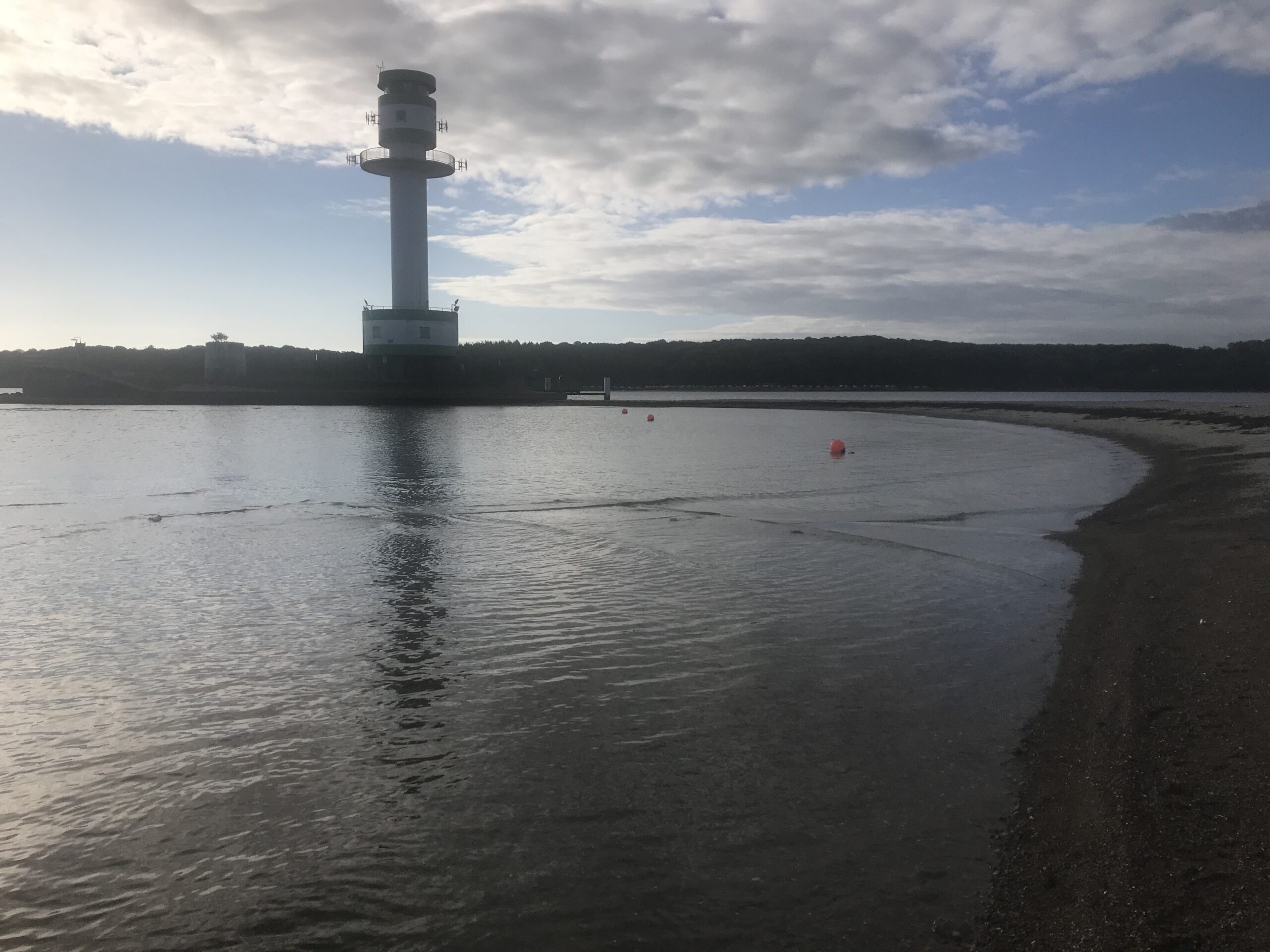 Love the cool pattern created in this way. 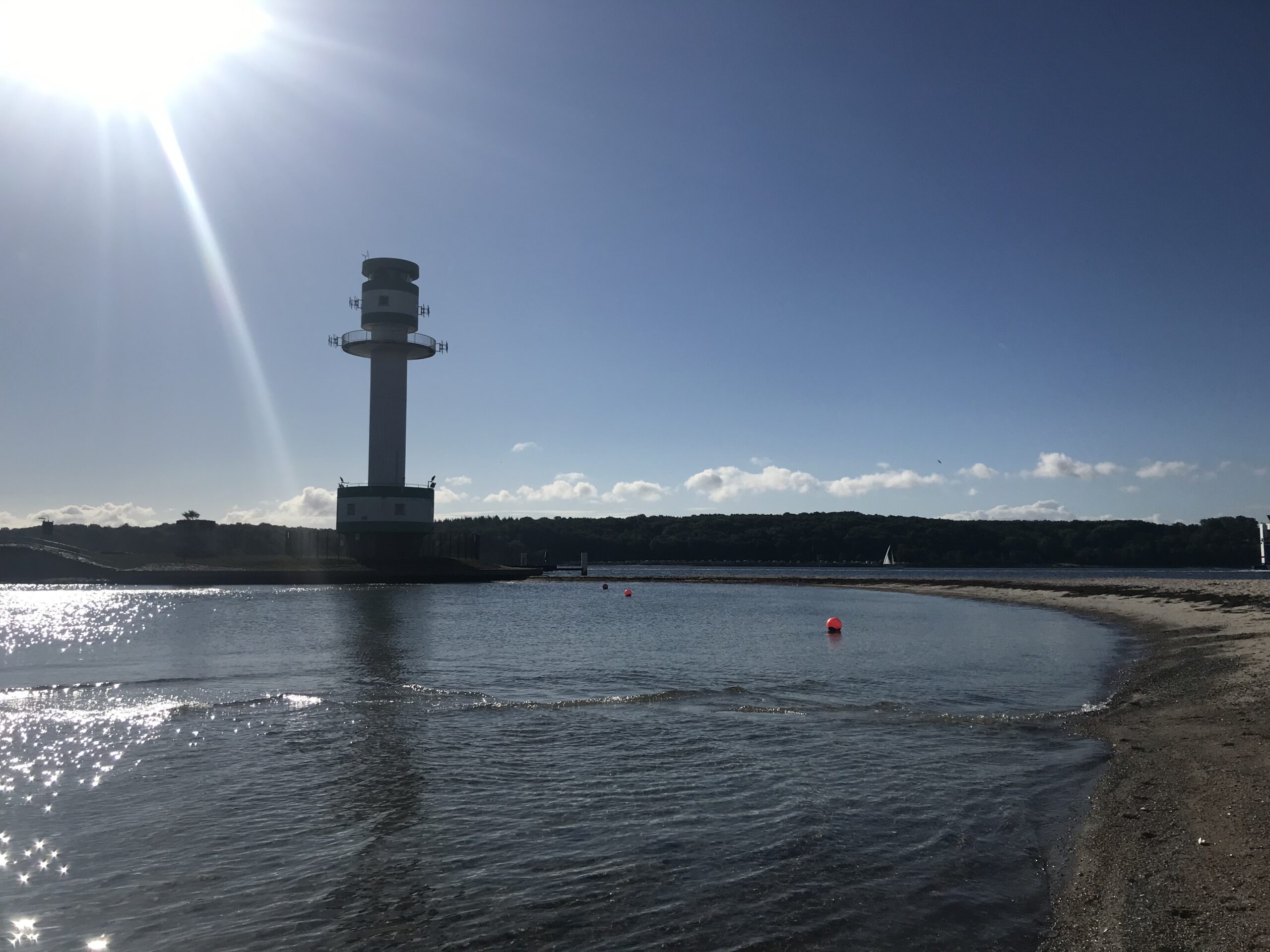 And there are several shallow spots where cool stuff happens. Another one here (again, the wake is arriving in the distance, and then I focus on where the waves are going to do fun things).

How amazing is this? (And look at the shallowest bit, where the ripples in the sand have been wiped away by the waves, whereas in the deeper bits they happily exist!

Again, straight wave crests being wrapped around a shallow bit.

So fascinating how the waves appear out of nowhere and then behave in such a way! 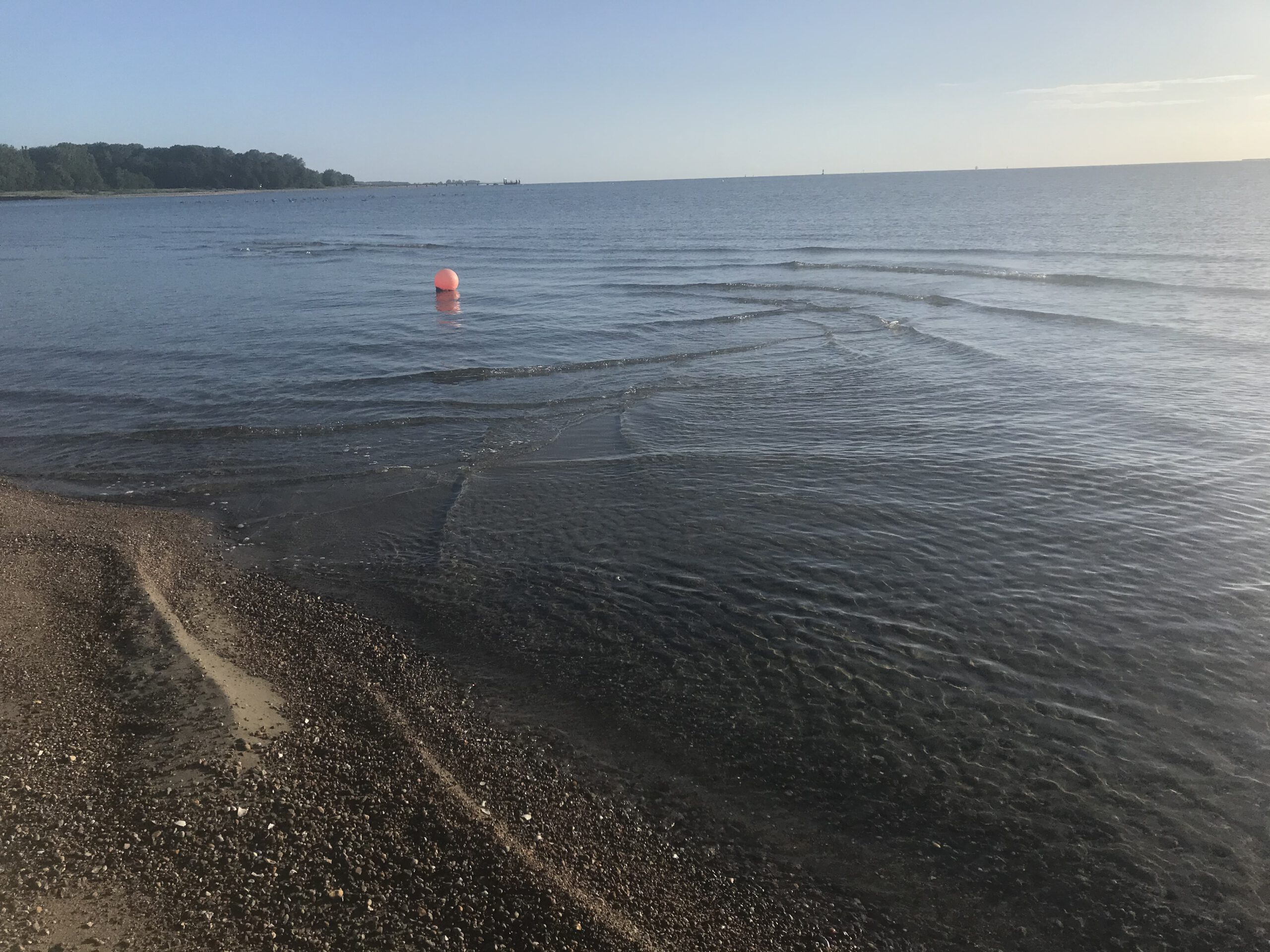 You don’t want to know how many of these pictures and movies I have on my phone, this is really a curated selection ;-) 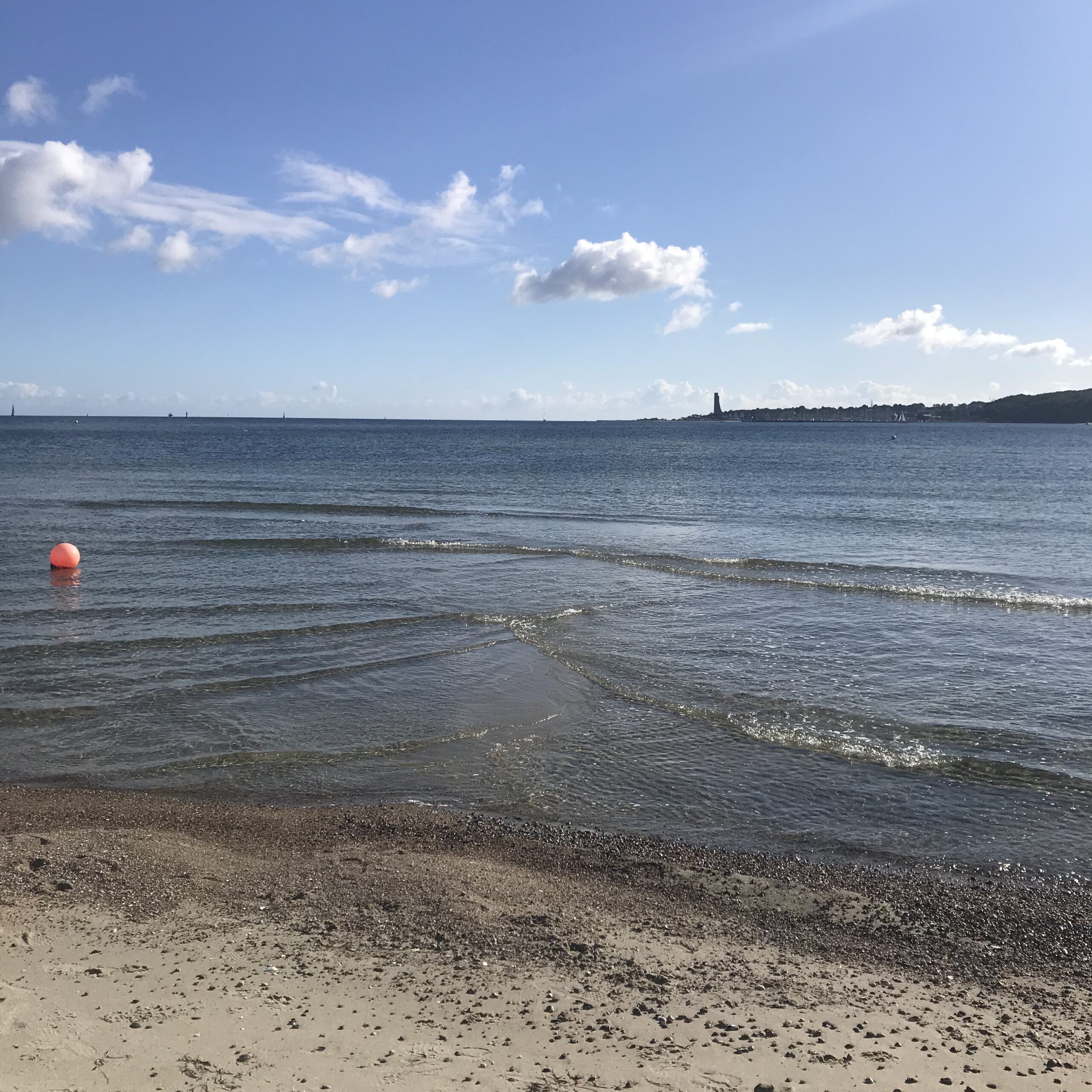 Ok, one last one of this specific spot. Don’t you just love the pattern that’s just there because the water is really shallow in this one spot?! 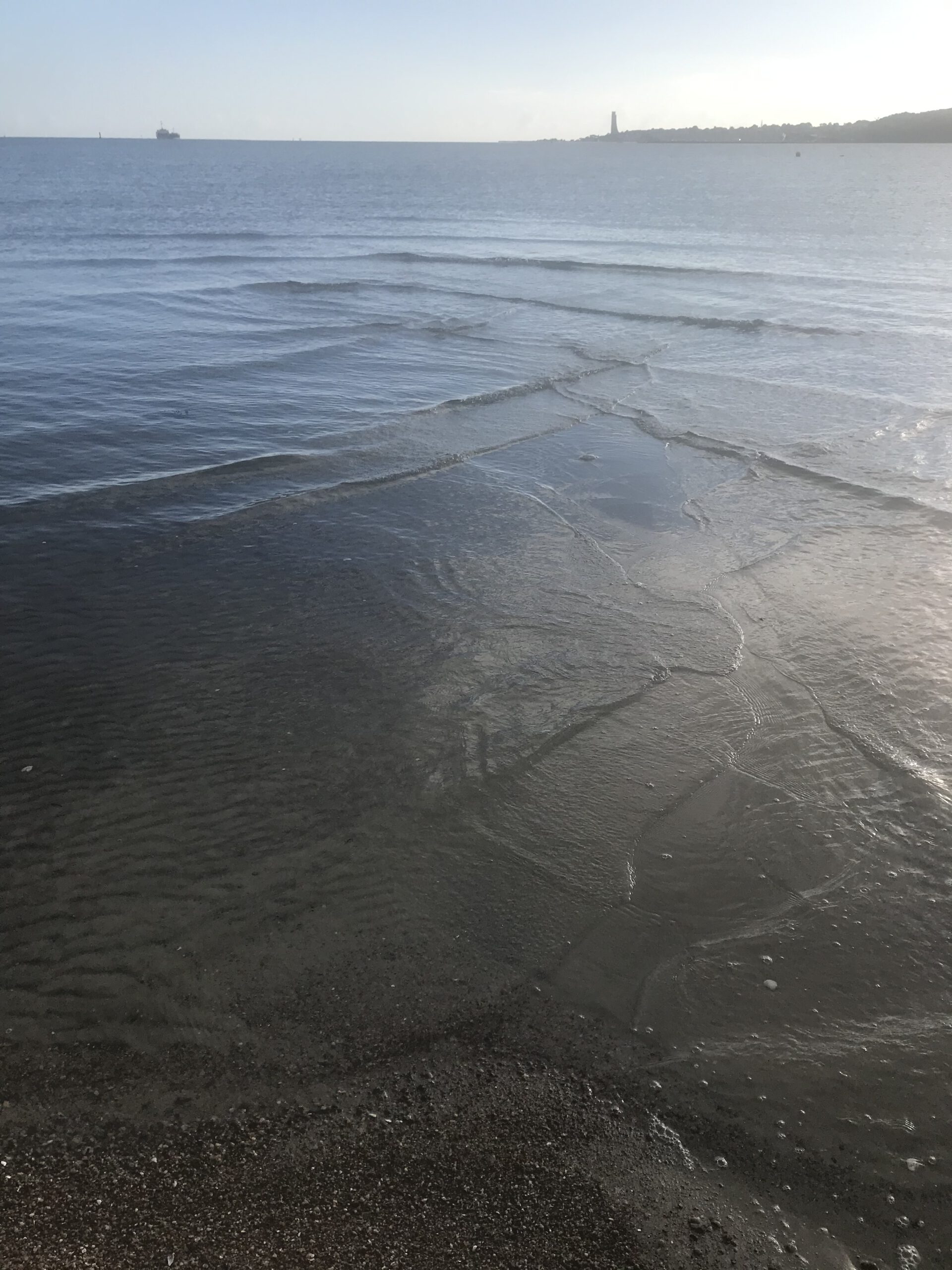 Here is another movie. Love it.

Wave crests arrive almost perpendicular to each other, even they were one straight crest just meters further offshore! 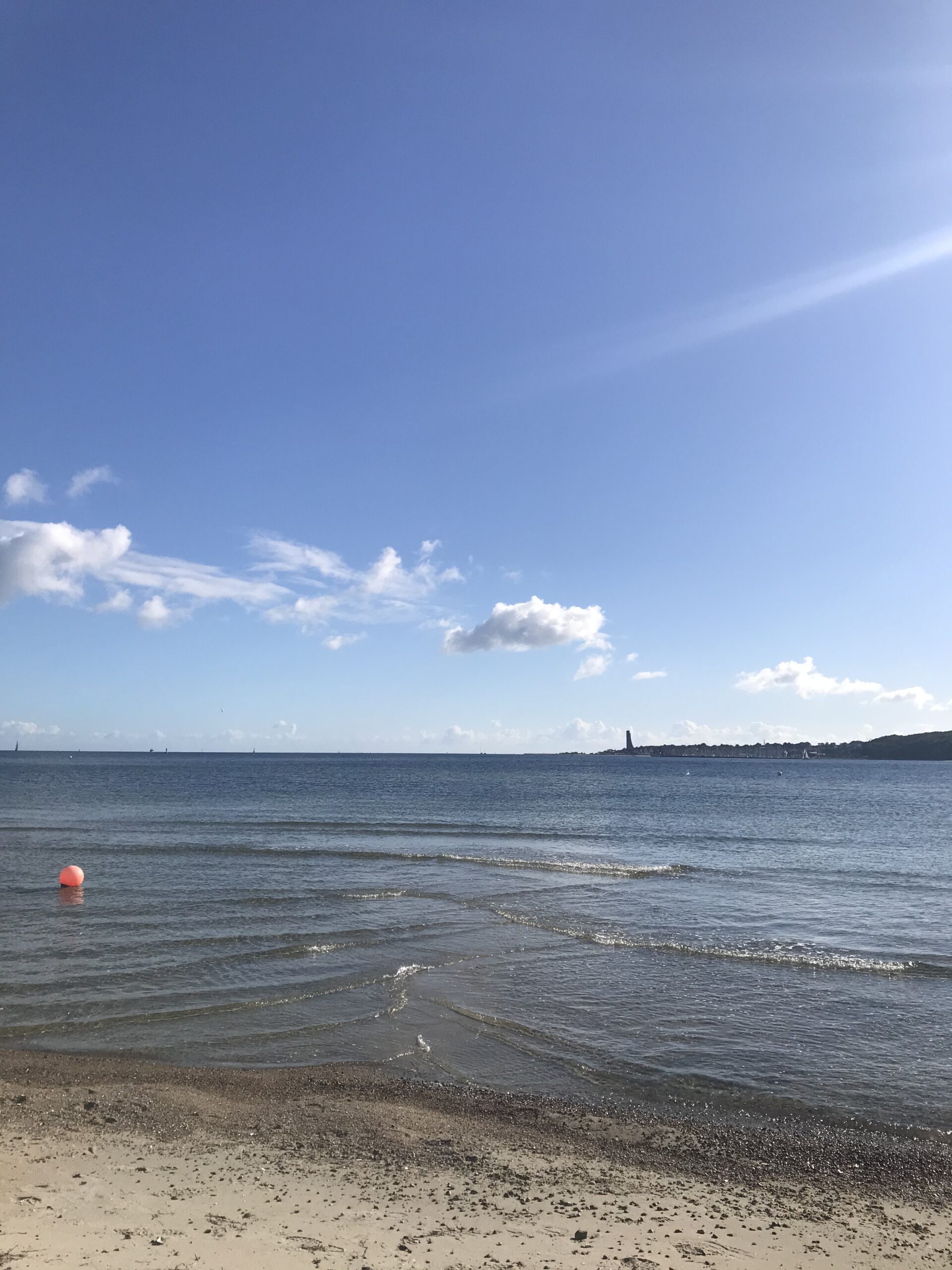 This is seriously the last picture of that sort. 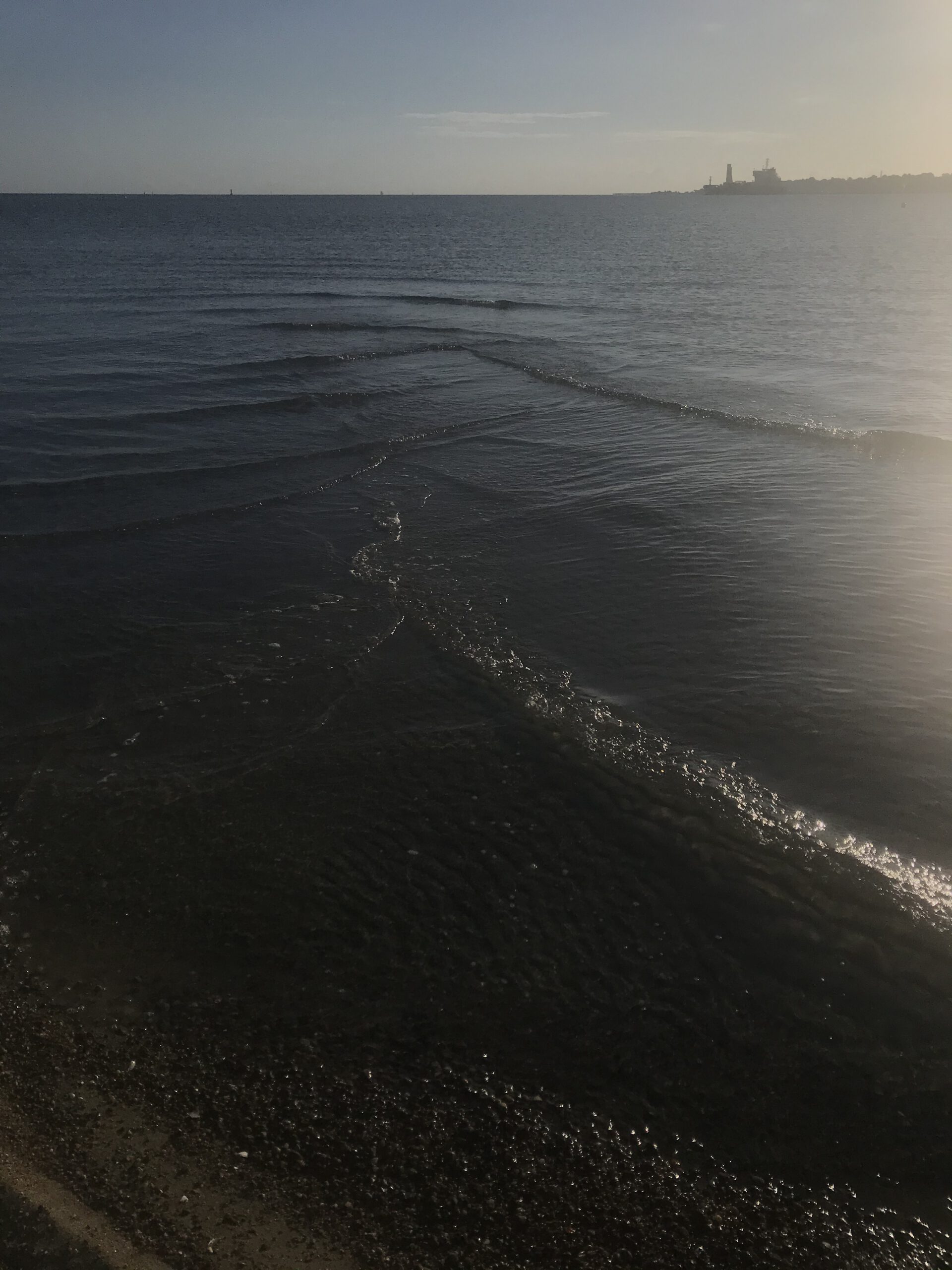 Have a regular beach pic to relax ;-)

There was actually something that distracted me from wave watching (and that does not happen easily!). Due to the fairly low water level, a whole band of pebbles was exposed on the beach. Usually I find this beach booooring — just fine sand with some shells on top. 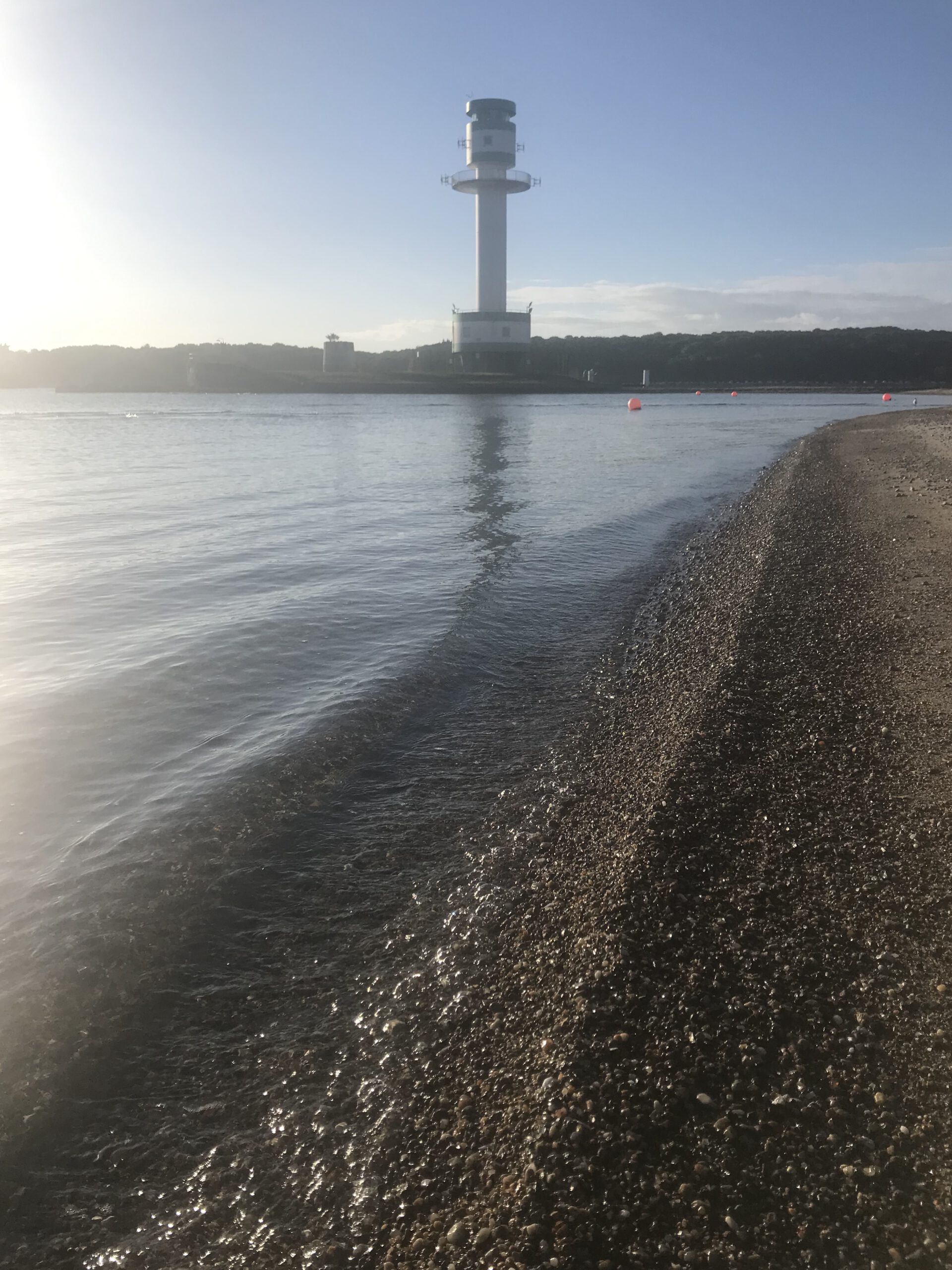 I really enjoy collecting fossils, and I have never found so many on this beach! Usually I only find one or two per trip there. 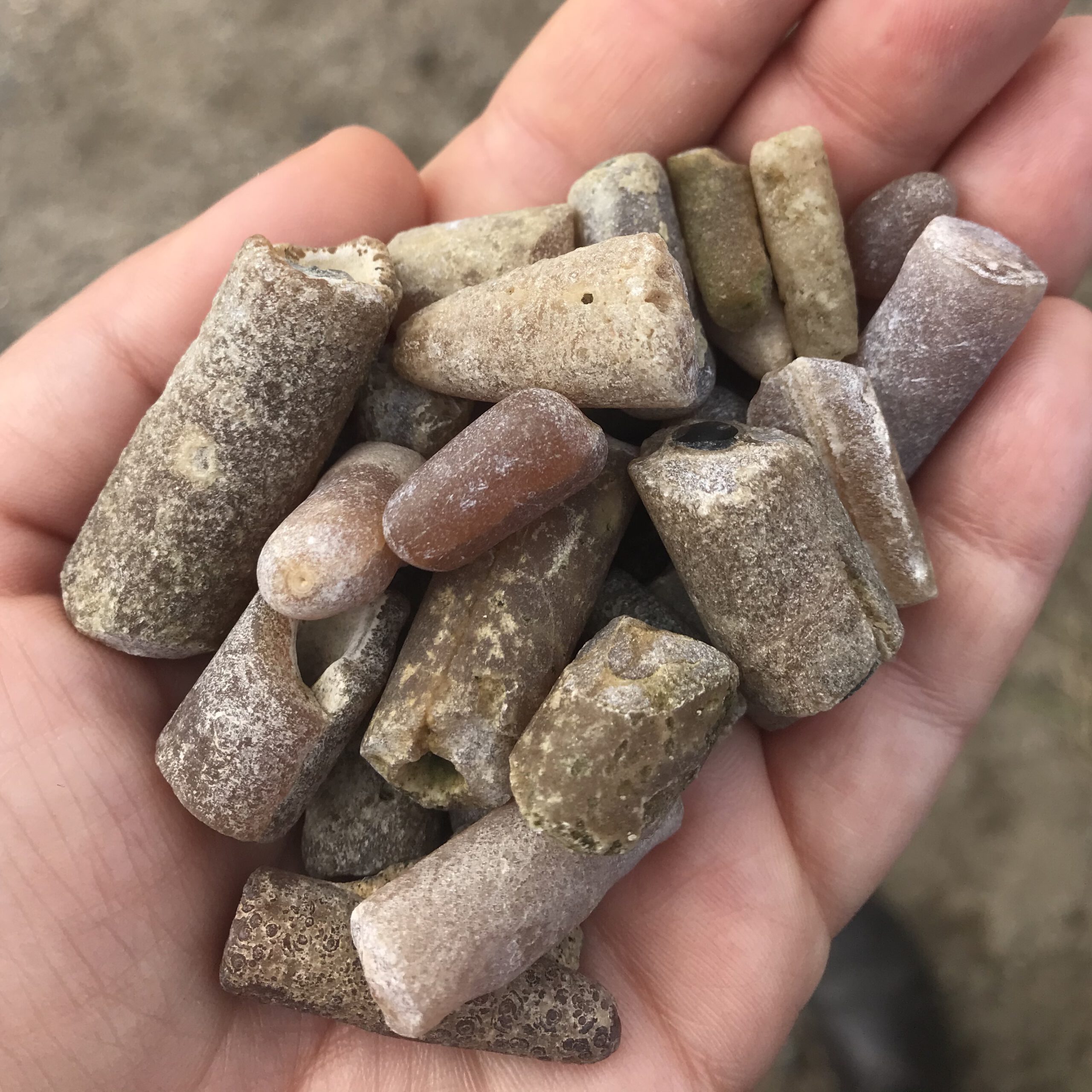 What I also noticed today was that there were some shells overgrown with these thingies.

Even though they looked fairly solid, they came off at the lightest touch, so I didn’t end up collecting one of those. But they looked cool! 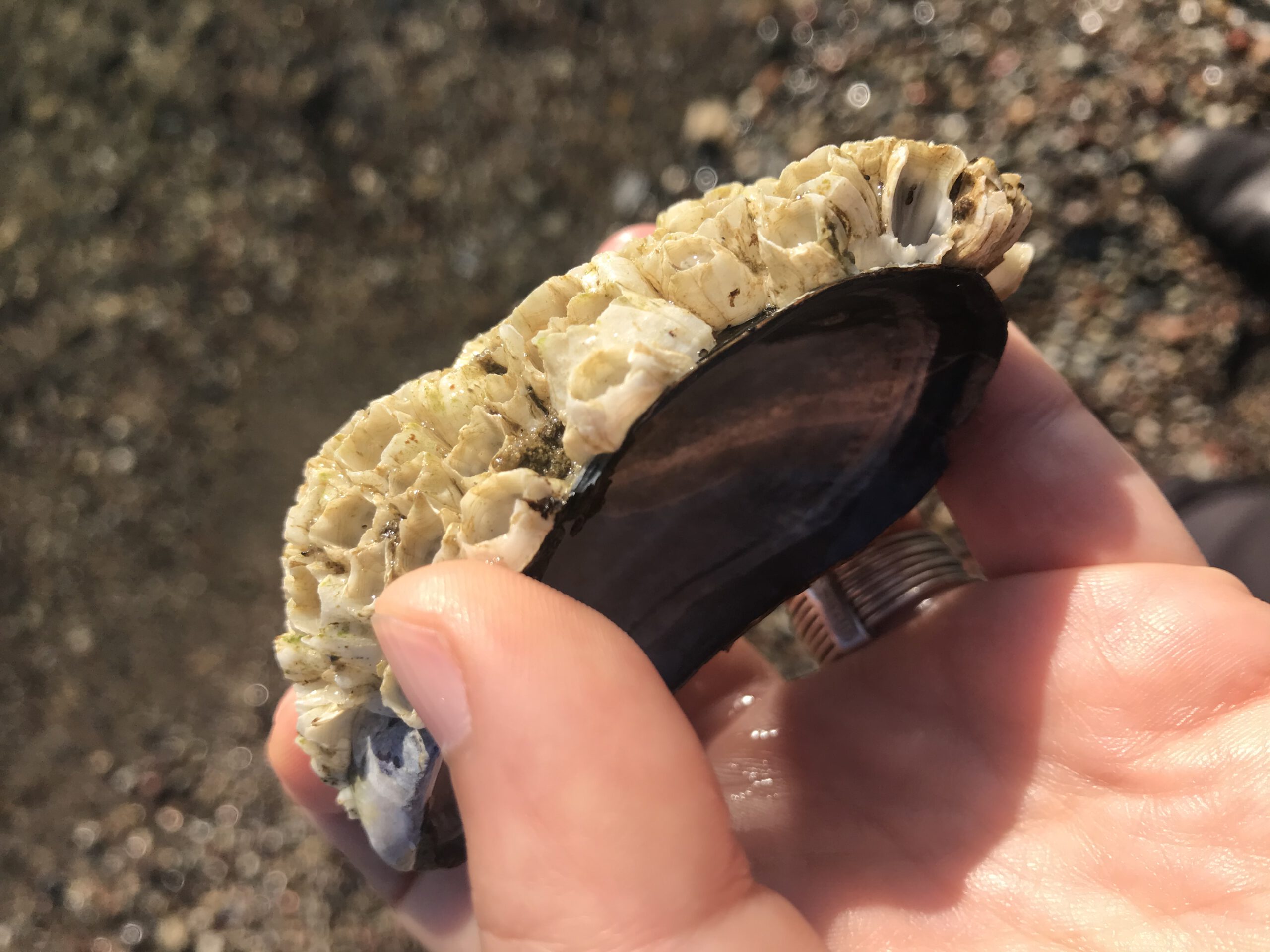 Yep, perfect day at the beach! 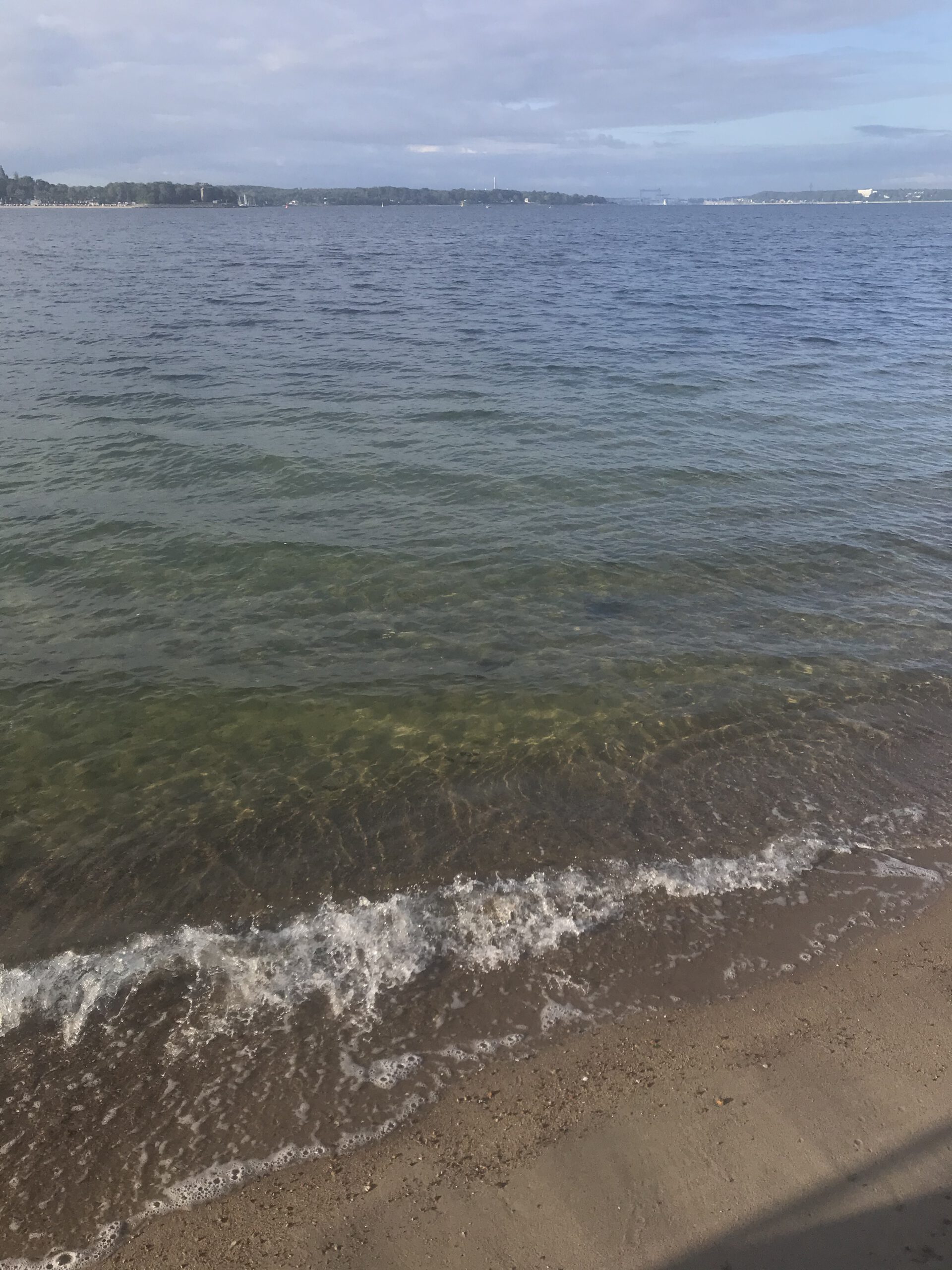 Oh, you thought I was done wave watching? Here is an interesting spot as seen from the lighthouse (see my shadow at the bottom of the picture). Another shallow spot that bends waves as they arrive, ending up in waves crossing each other. 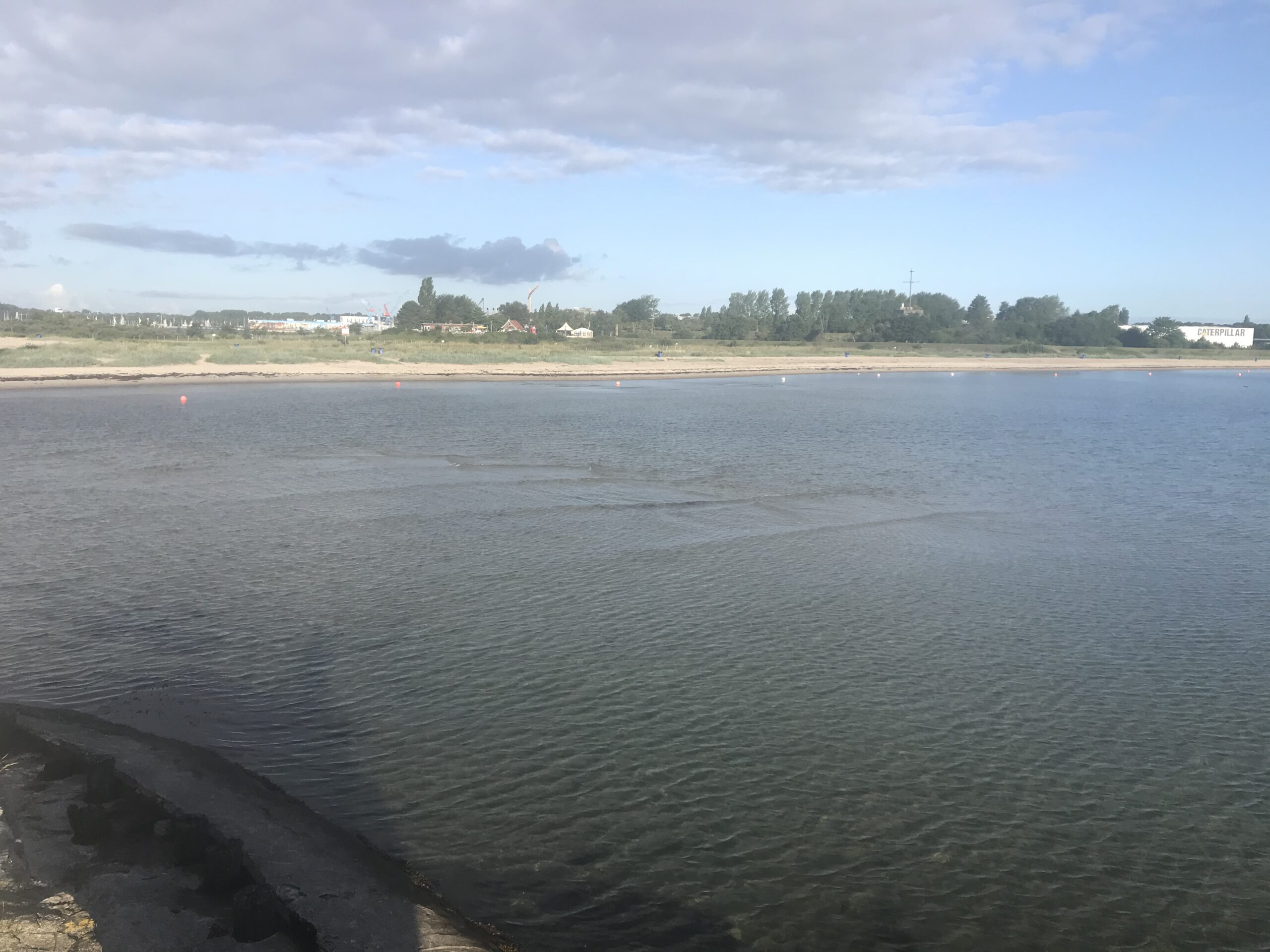 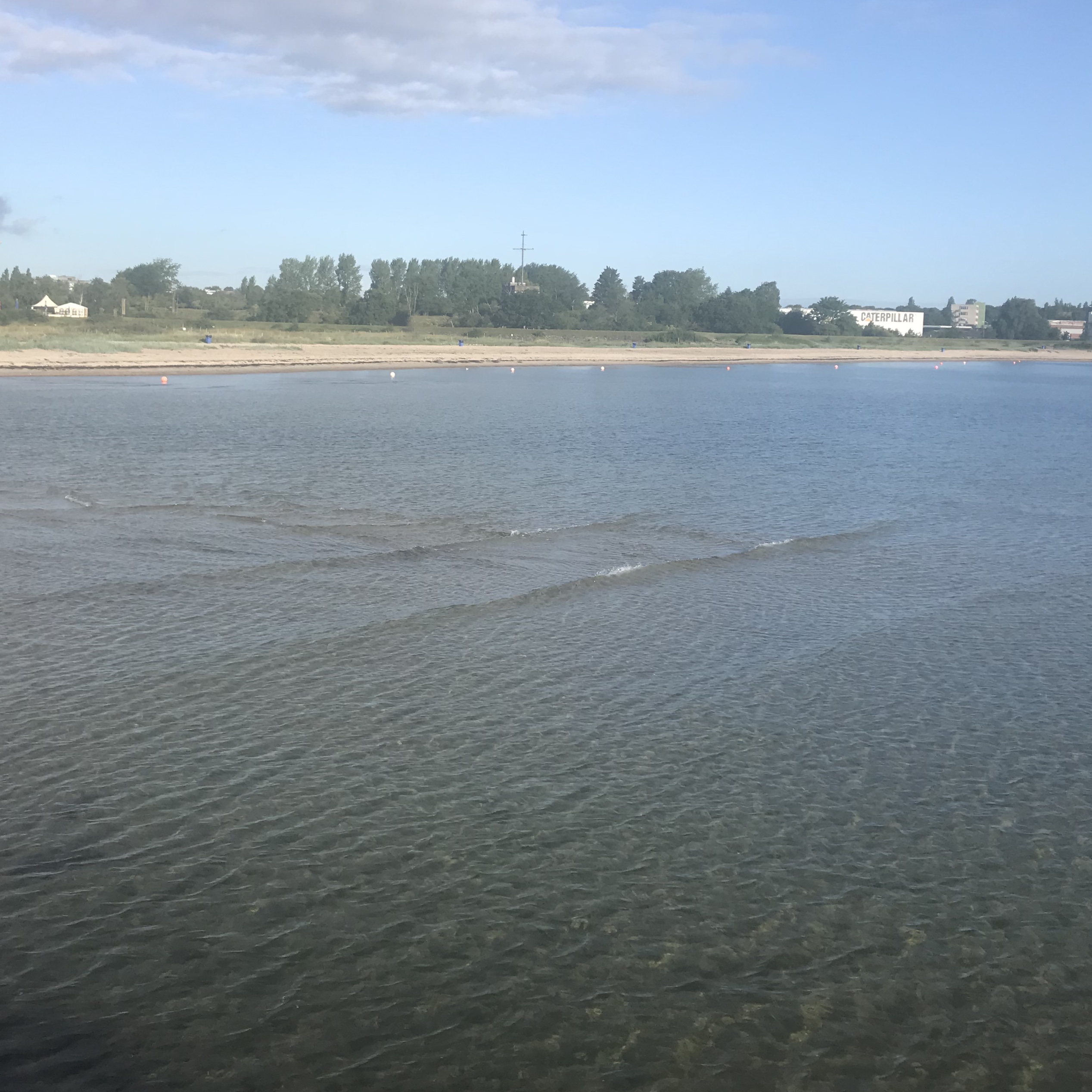 And here is a video of what that looks like in motion:

And from the lighthouse island, you can see more cool wave pattern like this one where one wave field is coming towards us, and another one moving away from us (the wake of a passing ship, actually). Crests from both fields meet at almost a 90 degree angle, creating this zigzag water line. 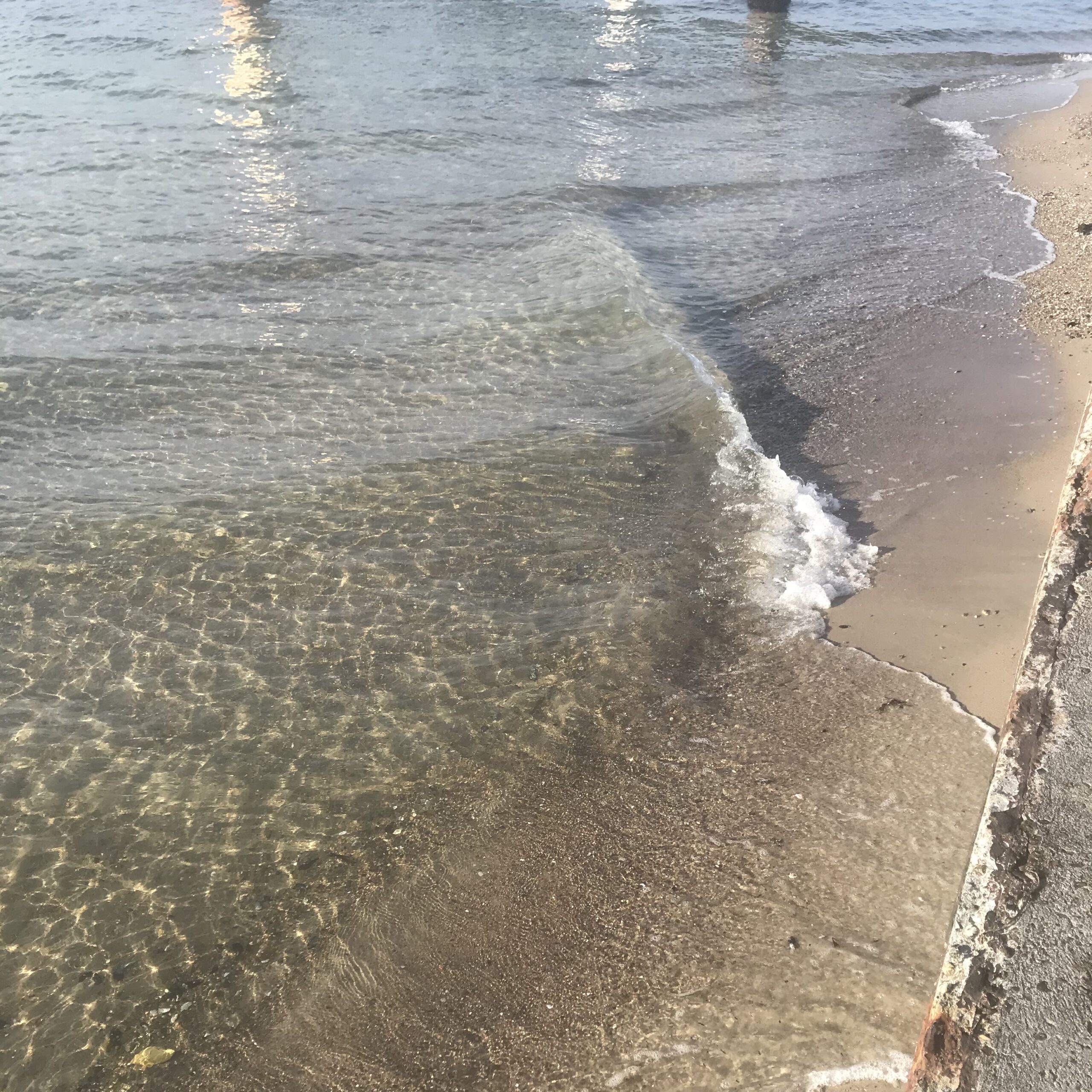 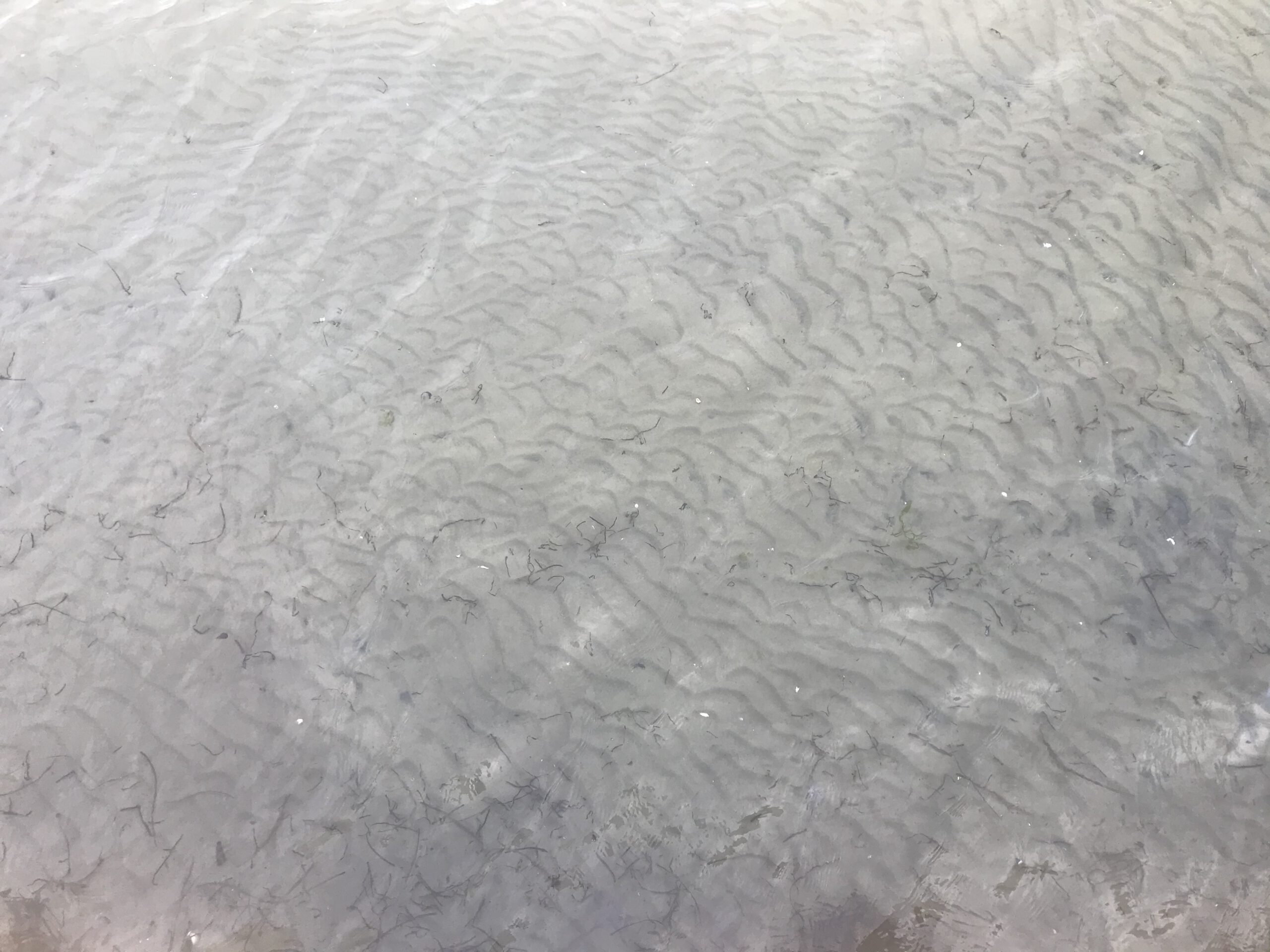 …and how the sand ripples get washed out when the water becomes too shallow and waves lap over them constantly. (Poor stranded jellyfish!) 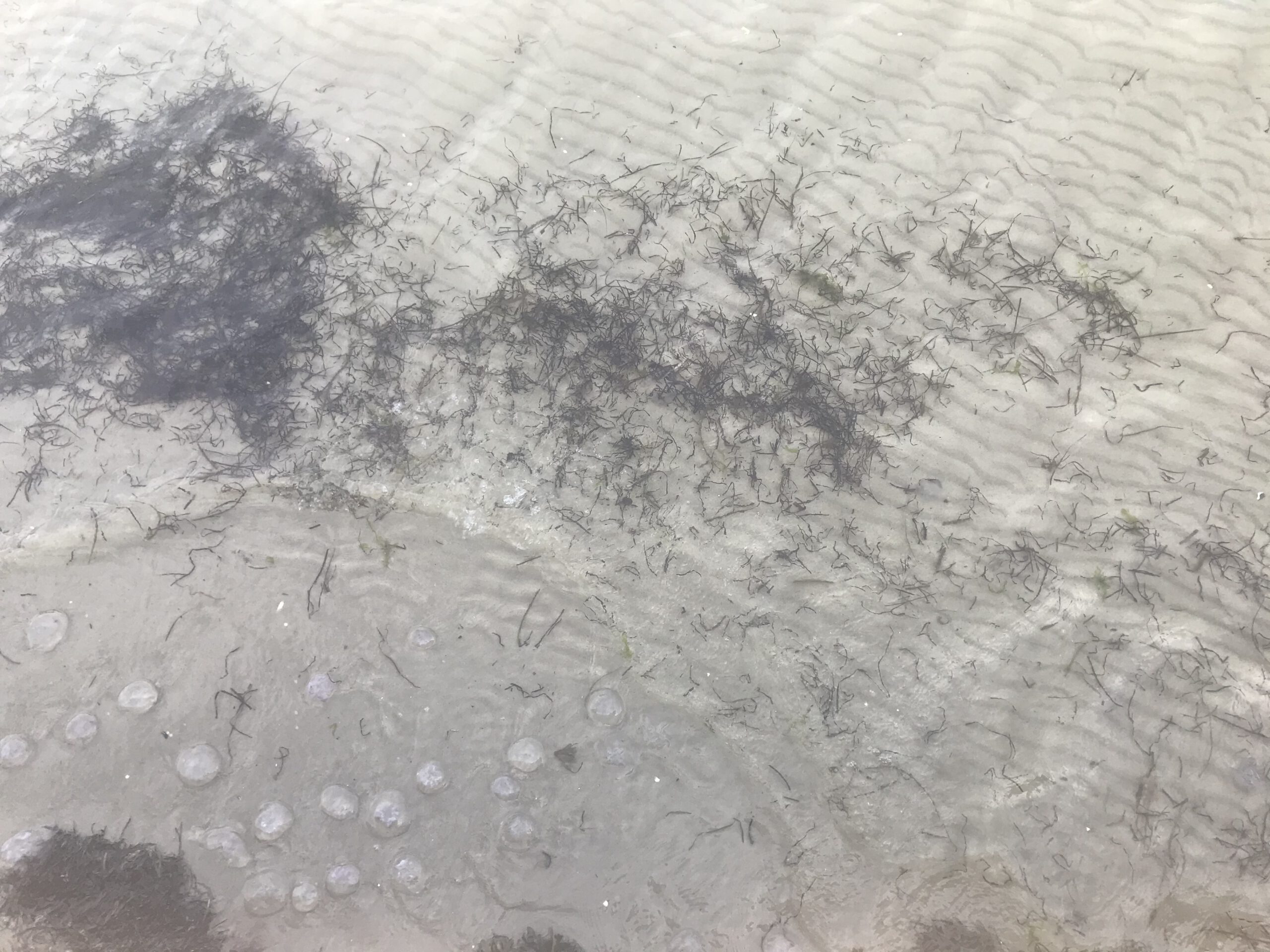 There were SO MANY JELLYFISH! 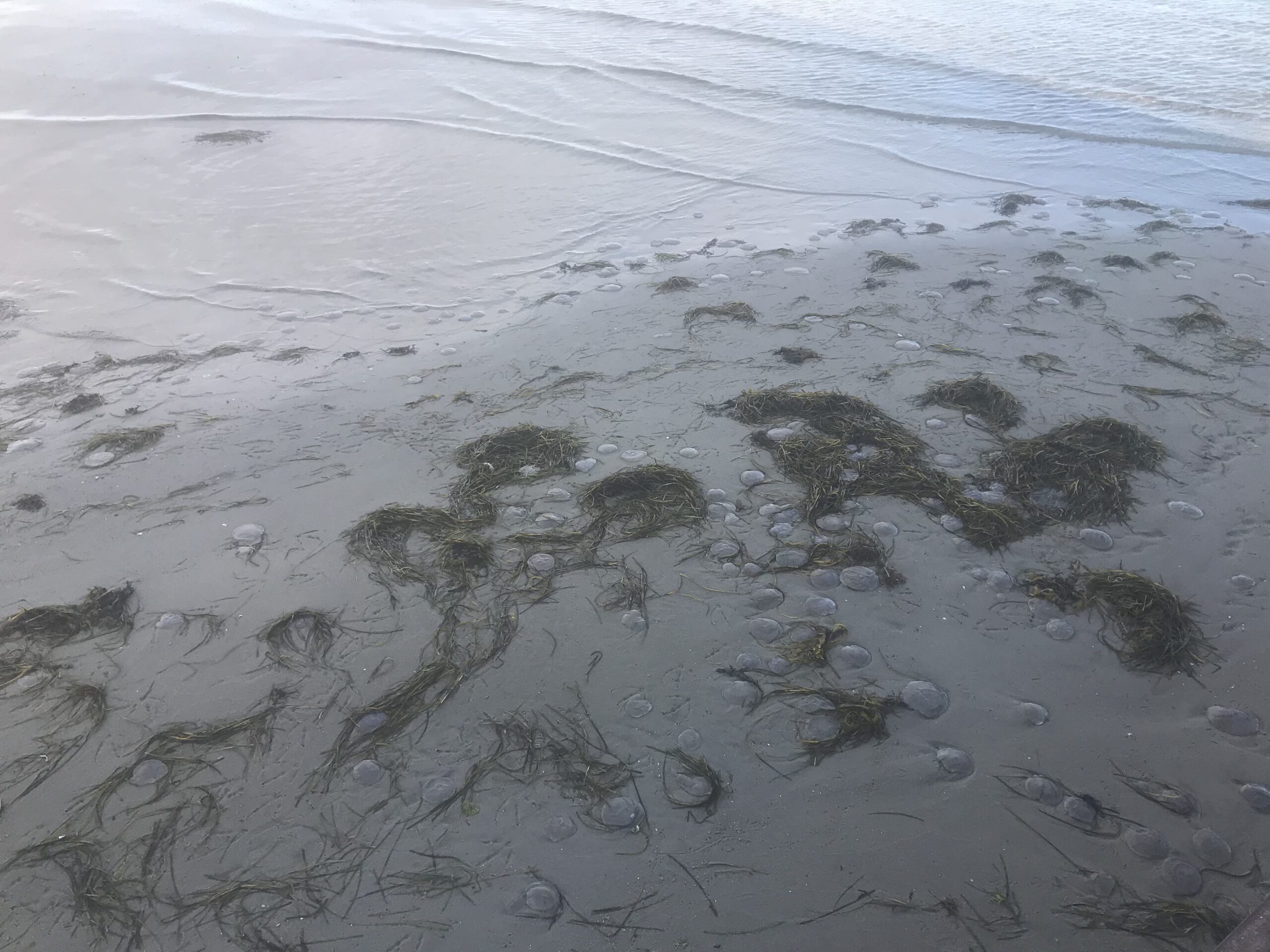 Here is another view down from the lighthouse, showing how waves lapping on the concrete slaps radiate a new wave field. 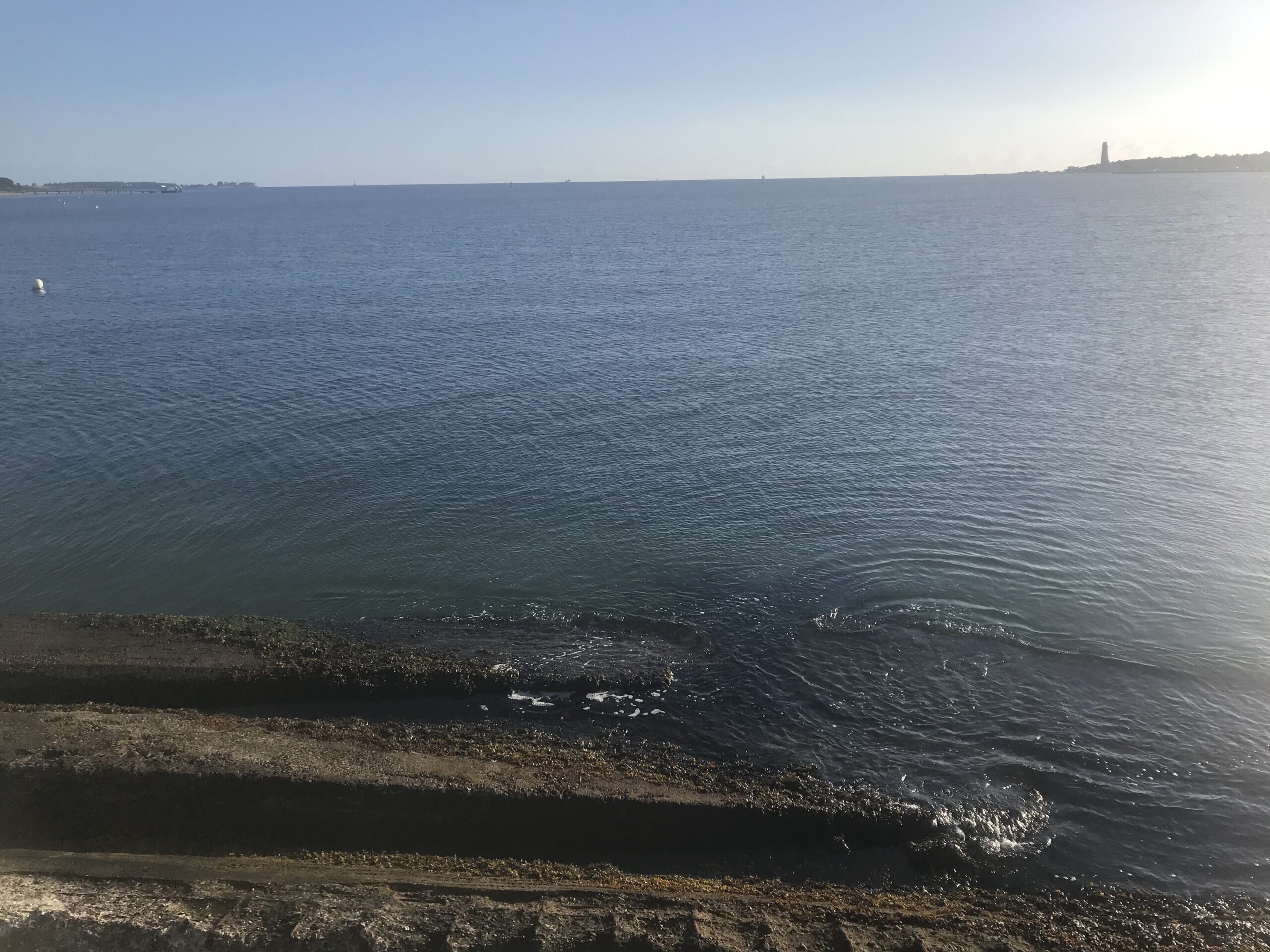 And this I just thought looked cool. 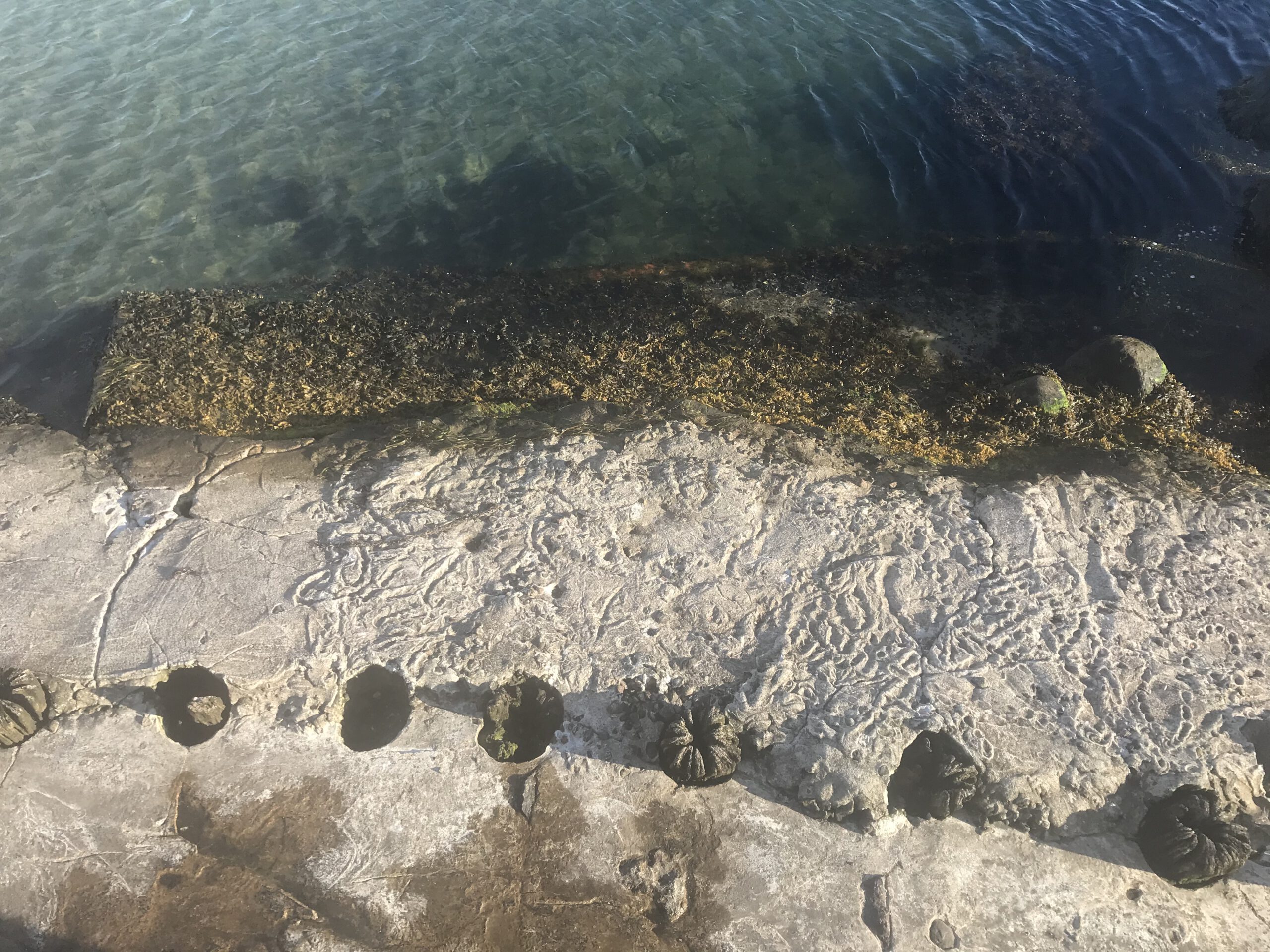 Anyway, time to go home! Can you spot the lighthouse and the Oslo ferry in the background? (Obviously, the picture was taken for the nice wake in the foreground ;-)) 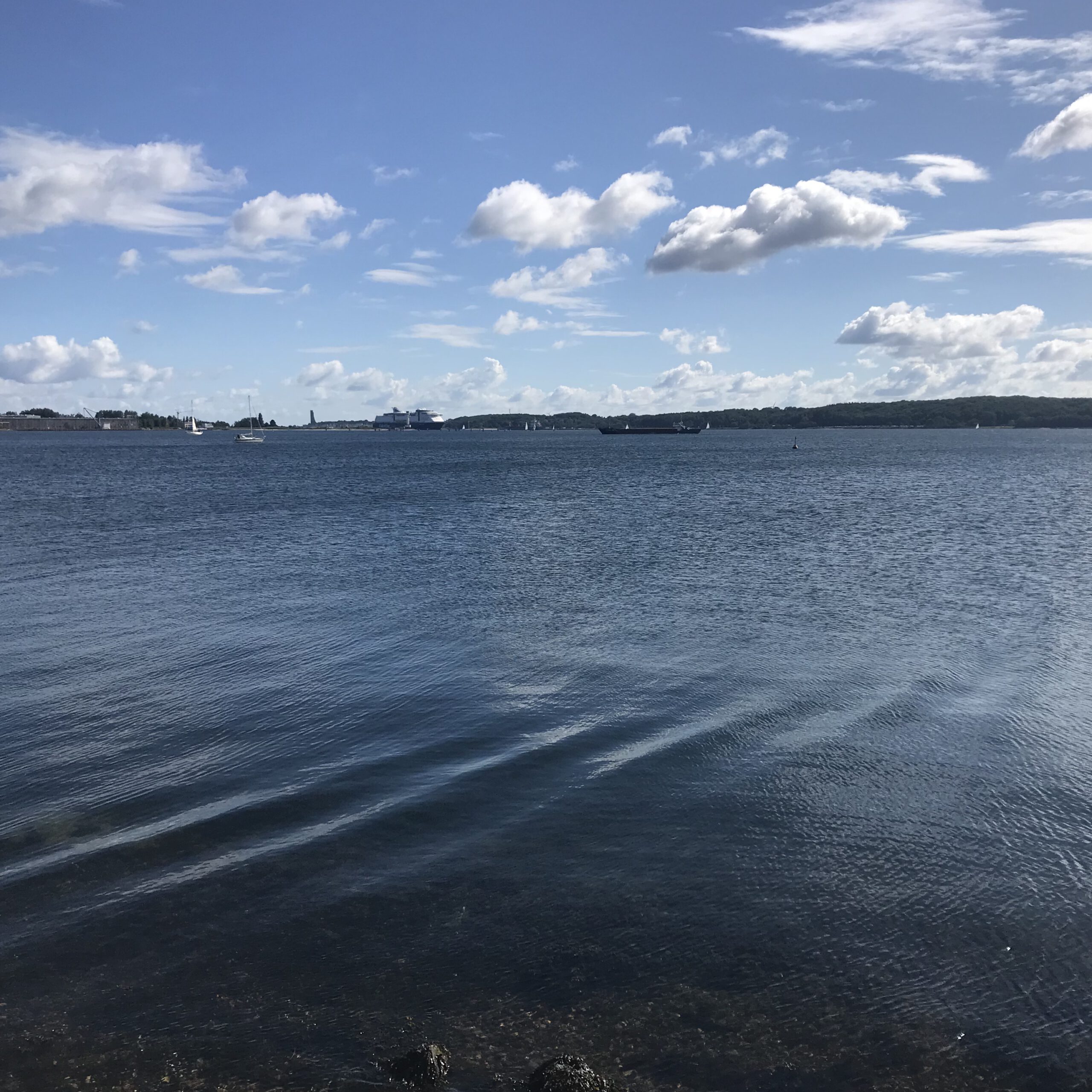 Related Posts to "Wave watching in preparation of a guided tour! (Day 1)":

2 thoughts on “Wave watching in preparation of a guided tour! (Day 1)”