Woke up at 4:11 this morning and was AWAKE. So the obvious thing to do is catch the sunrise from the bridge across Kiel canal! 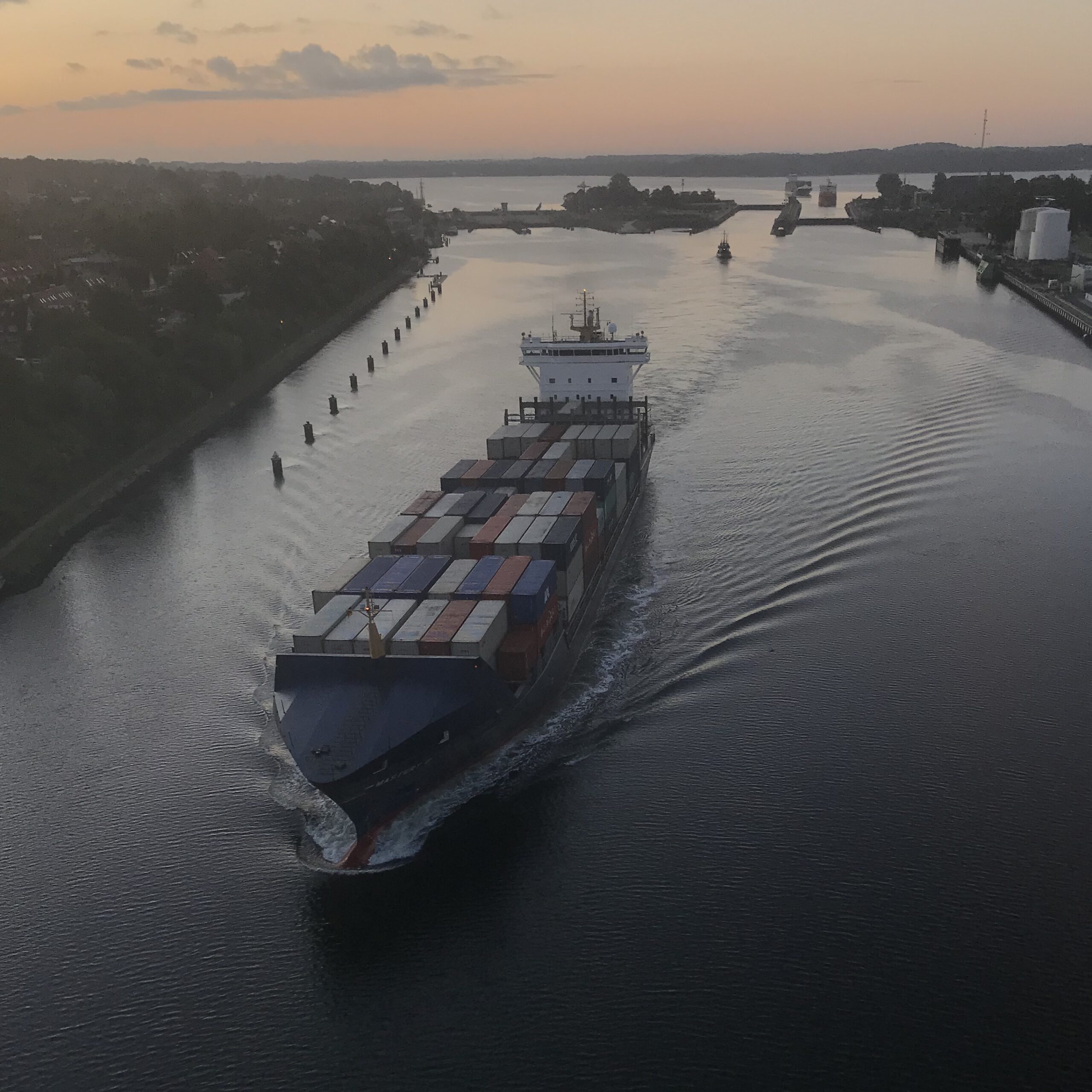 And I was lucky that there was quite a lot going on in the locks already, too! 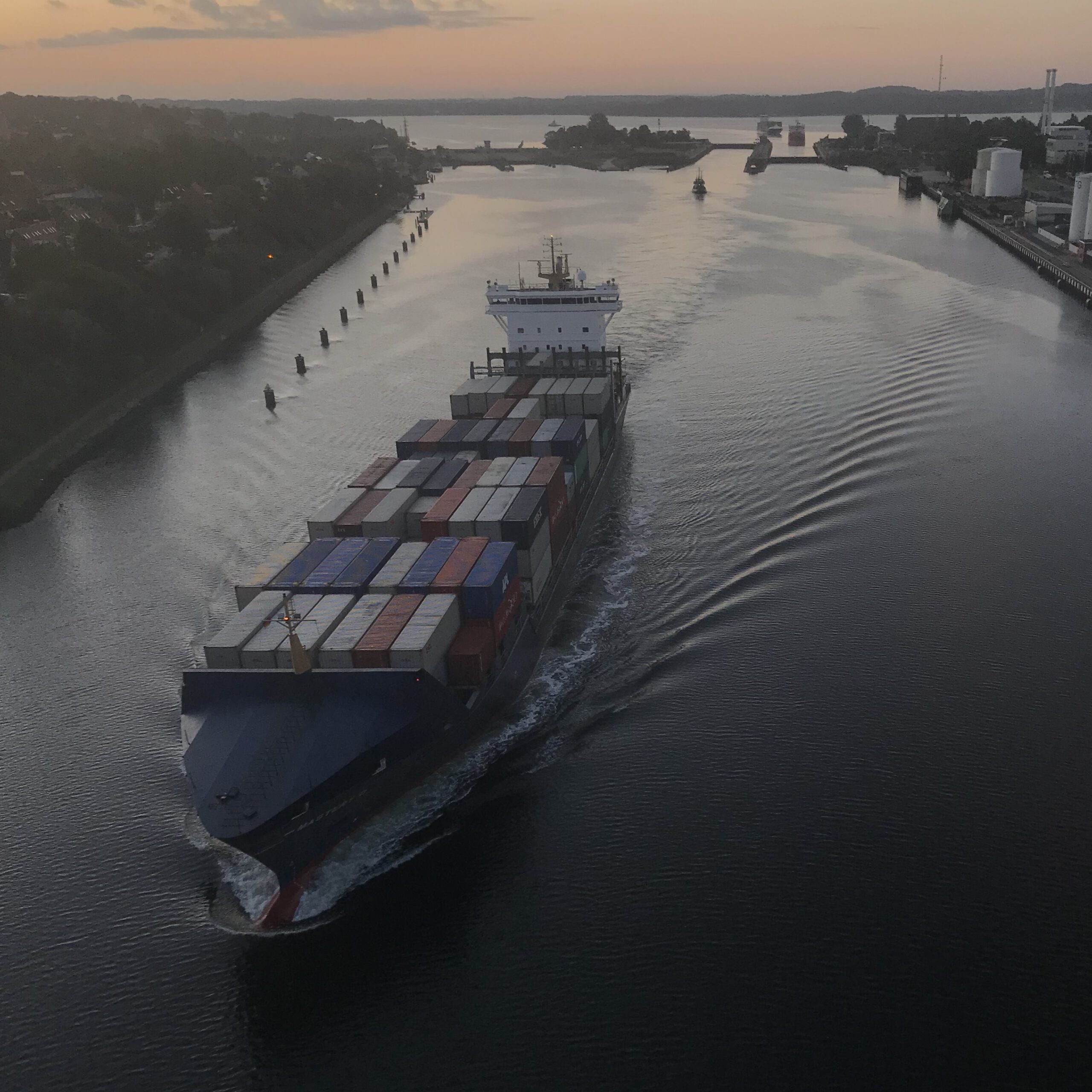 Look at this beautiful wake! Early morning wave watching is really the best because the light from a shallow angle makes all the wave features stand out beautifully. 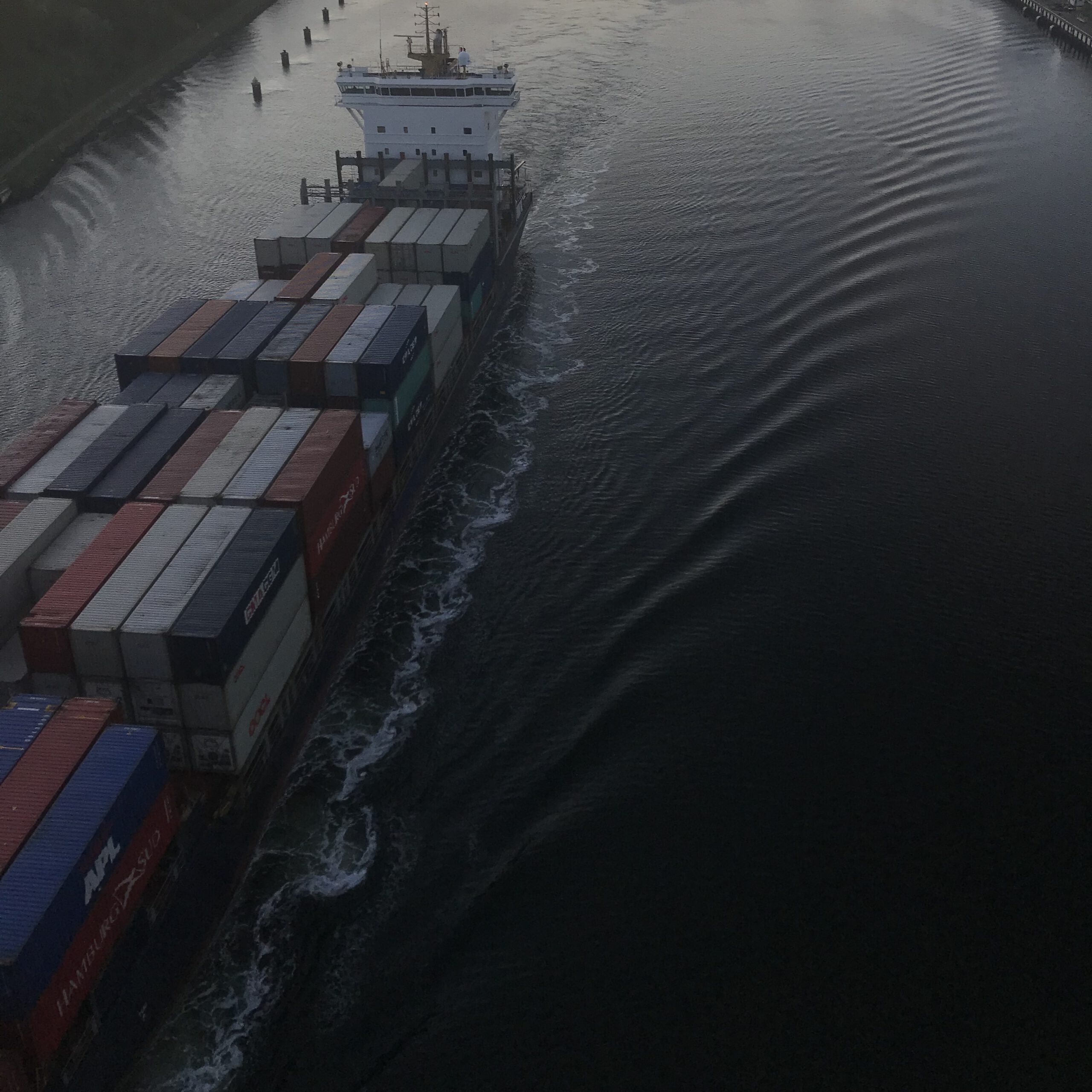 Ha — caught the wake reflecting on the side of the canal! 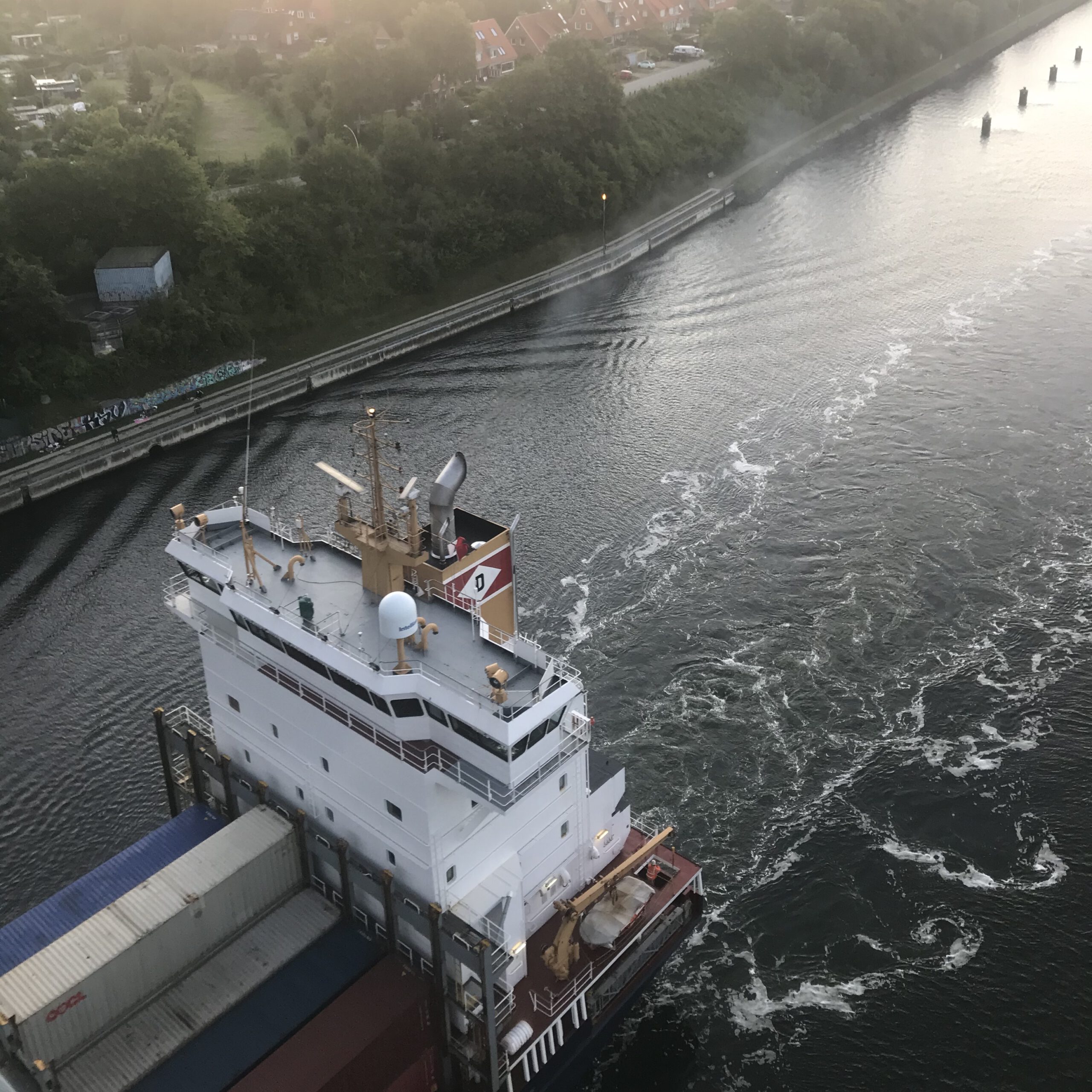 I love early mornings! Another example of wave features that come out really clearly in morning light but that would be really difficult to capture if the sun was higher up already. 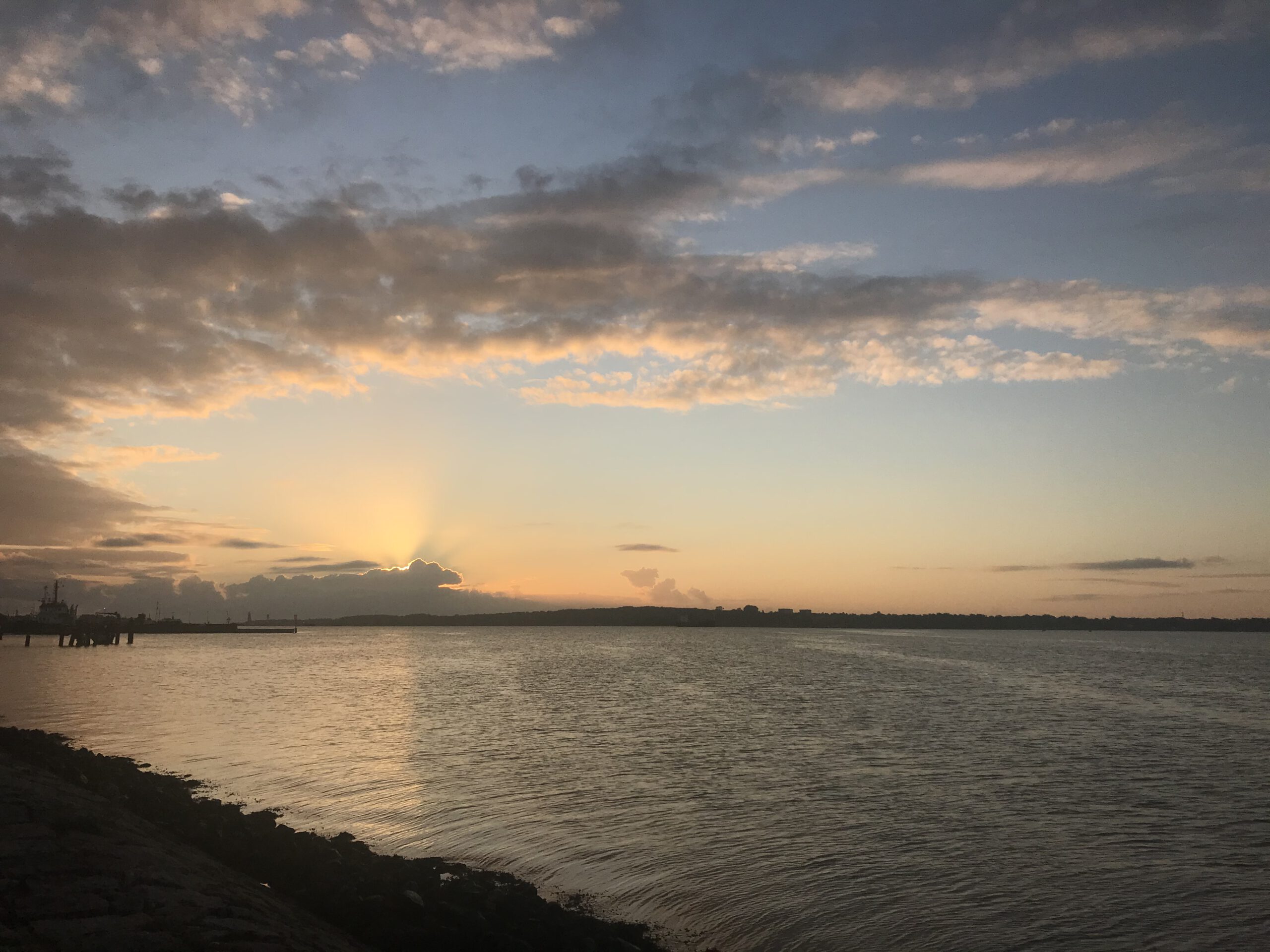 Anyway, on to the beach! Aren’t you happy I got up this early? 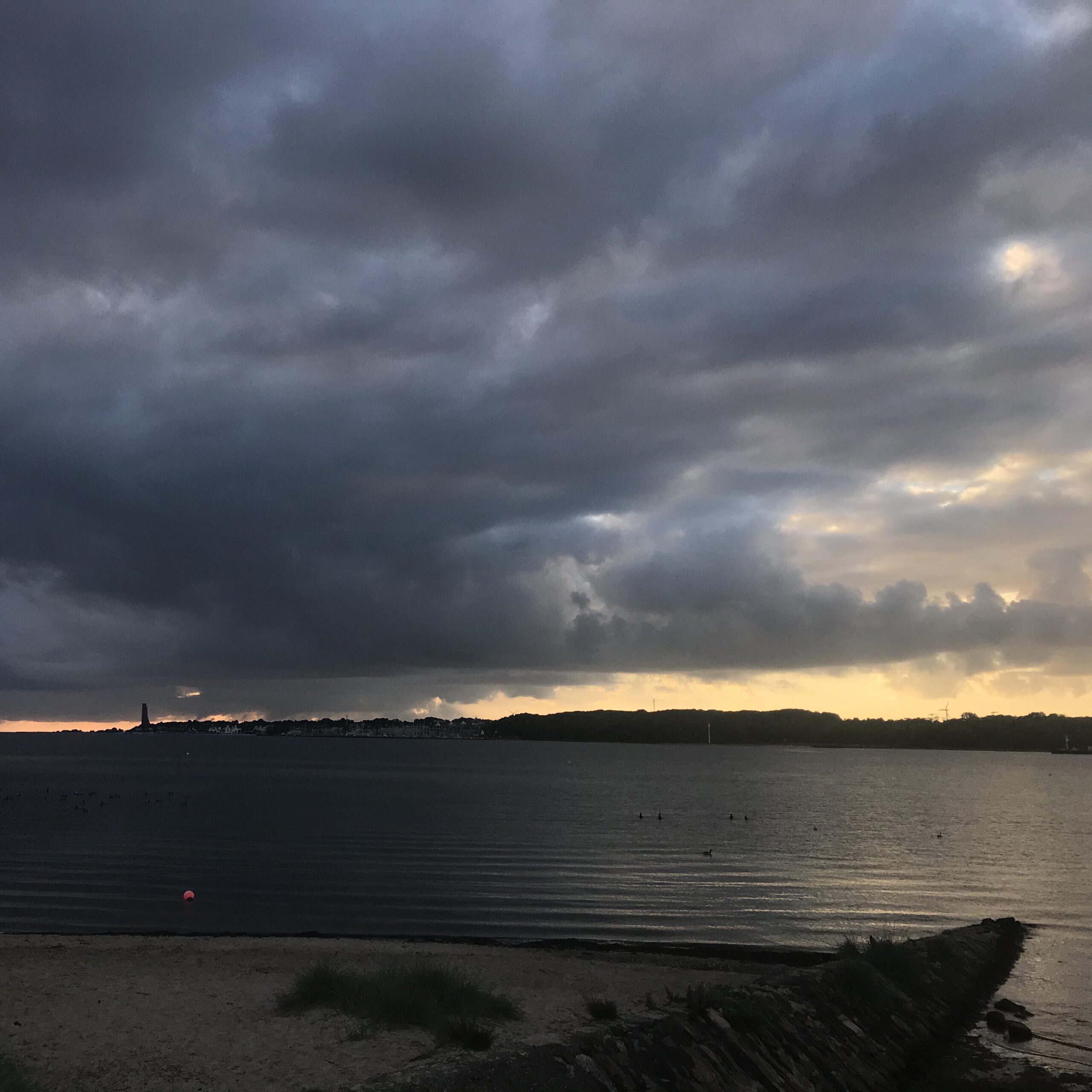 Maybe I should make people get up for sunrise on my wave watching tour! Would definitely weed out all the people who aren’t 100% dedicated to wave watching. I might end up alone on the beach, but I would probably enjoy that just as much as I enjoyed it this morning! 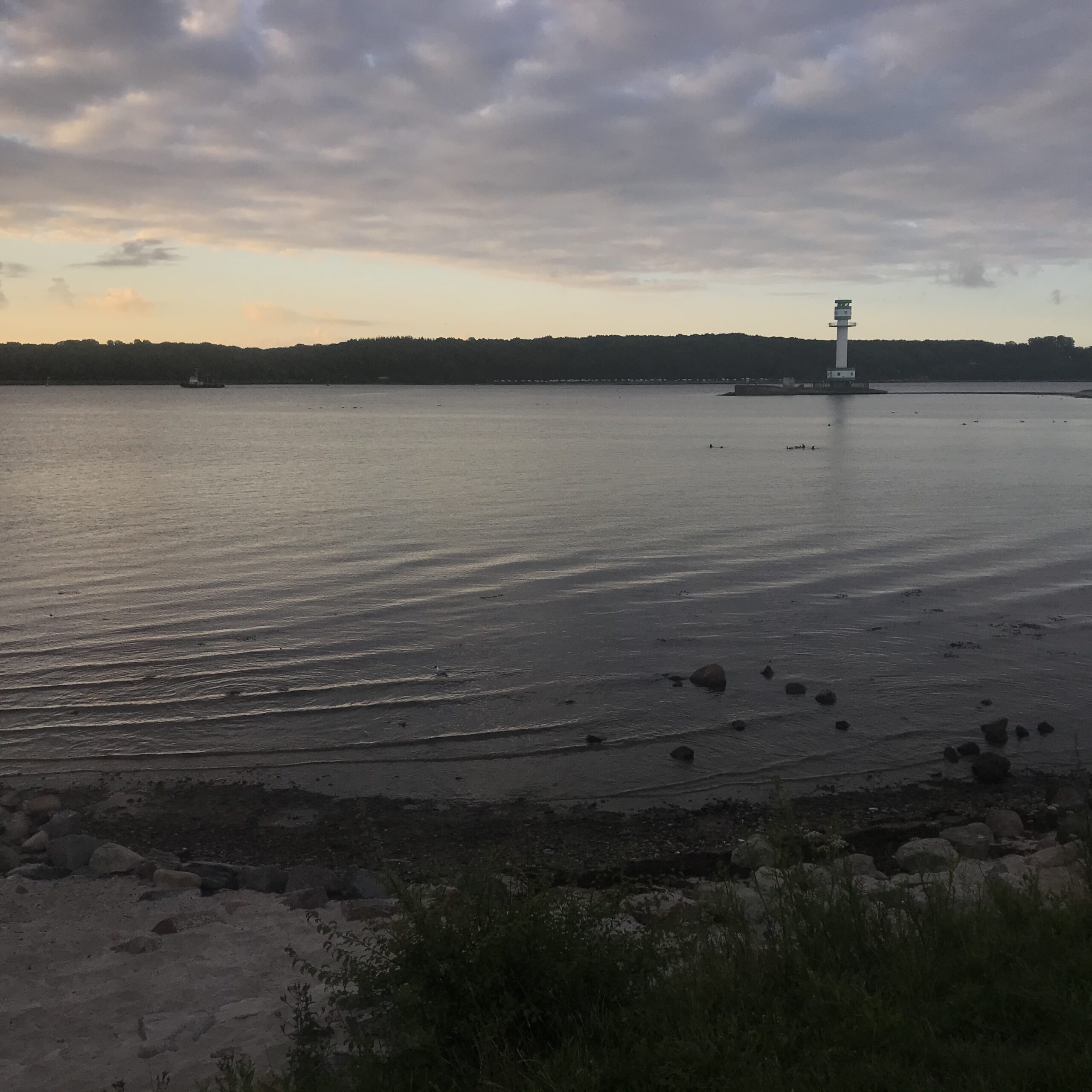 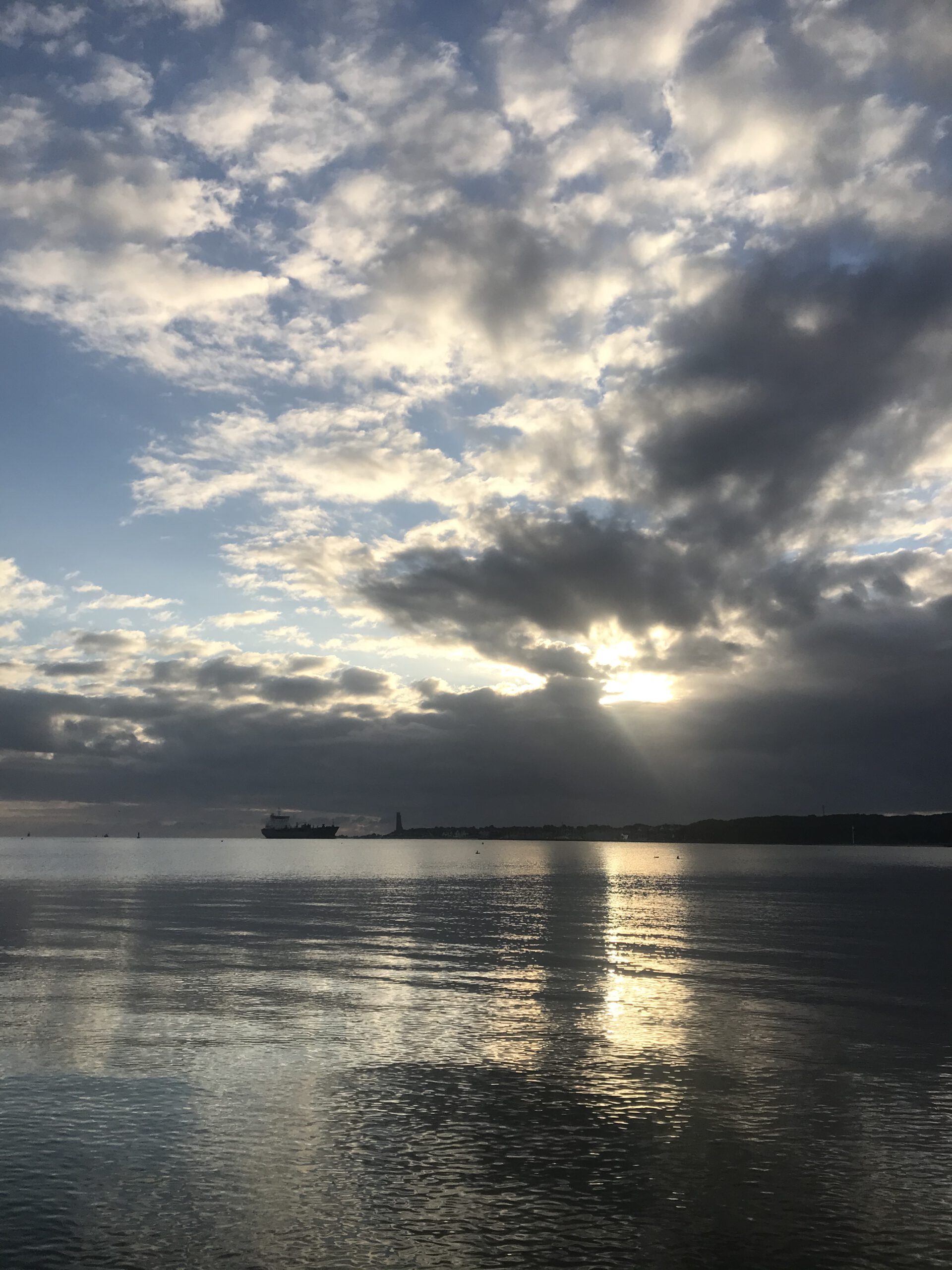 Yesterday I found tons of fossils on a really short stretch of the beach, so I wanted to see if that was just a fluke. Today, the beach looked very different! Remember how yesterday there was a band with small pebbles all along the water line? Not today! Think of all the fossils that the sea claimed back over night! 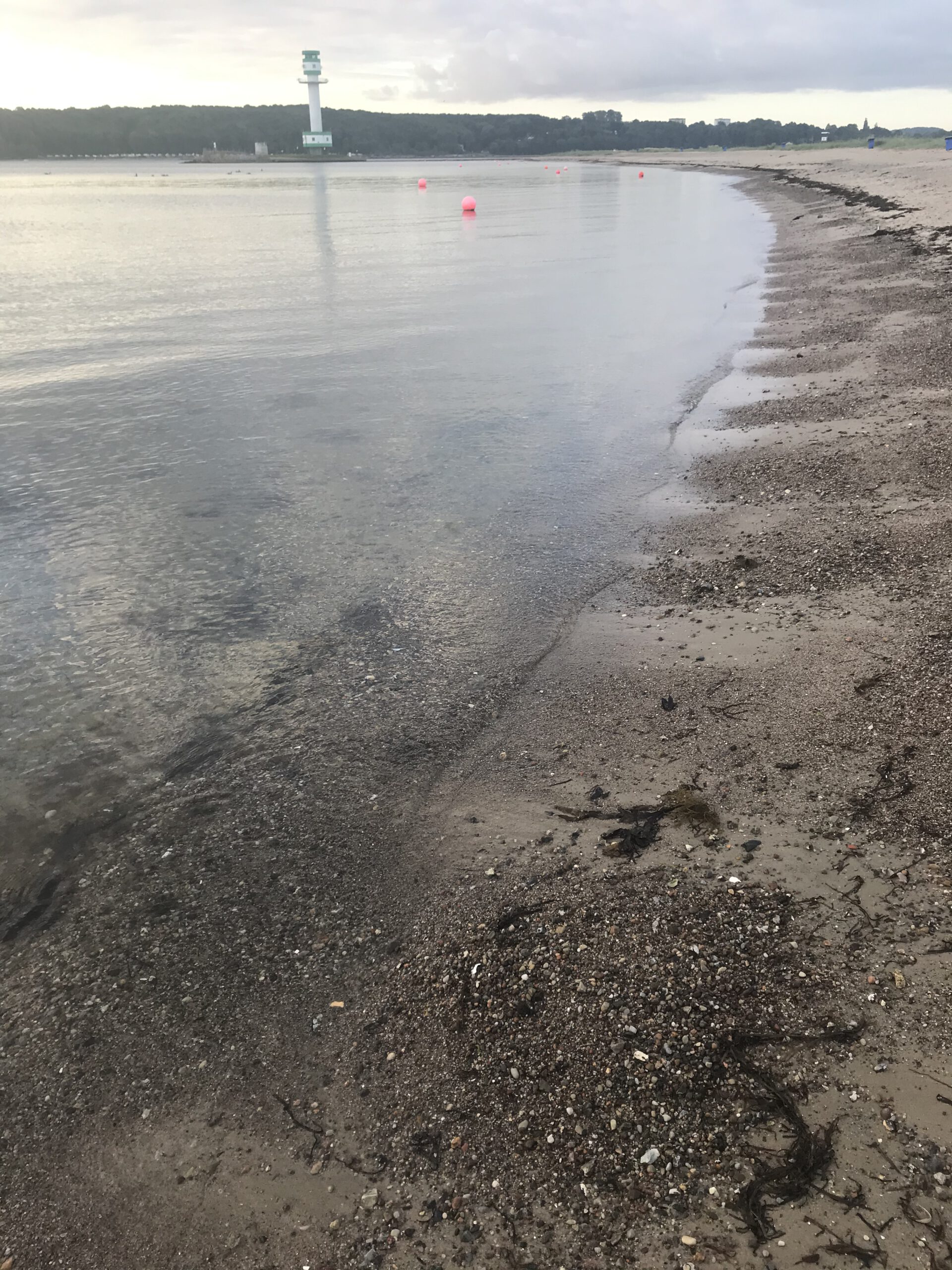 Still a lot of stuff to be found today, though. I especially love the non-fossilised fishy at the bottom of the pic below. Isn’t he cute? 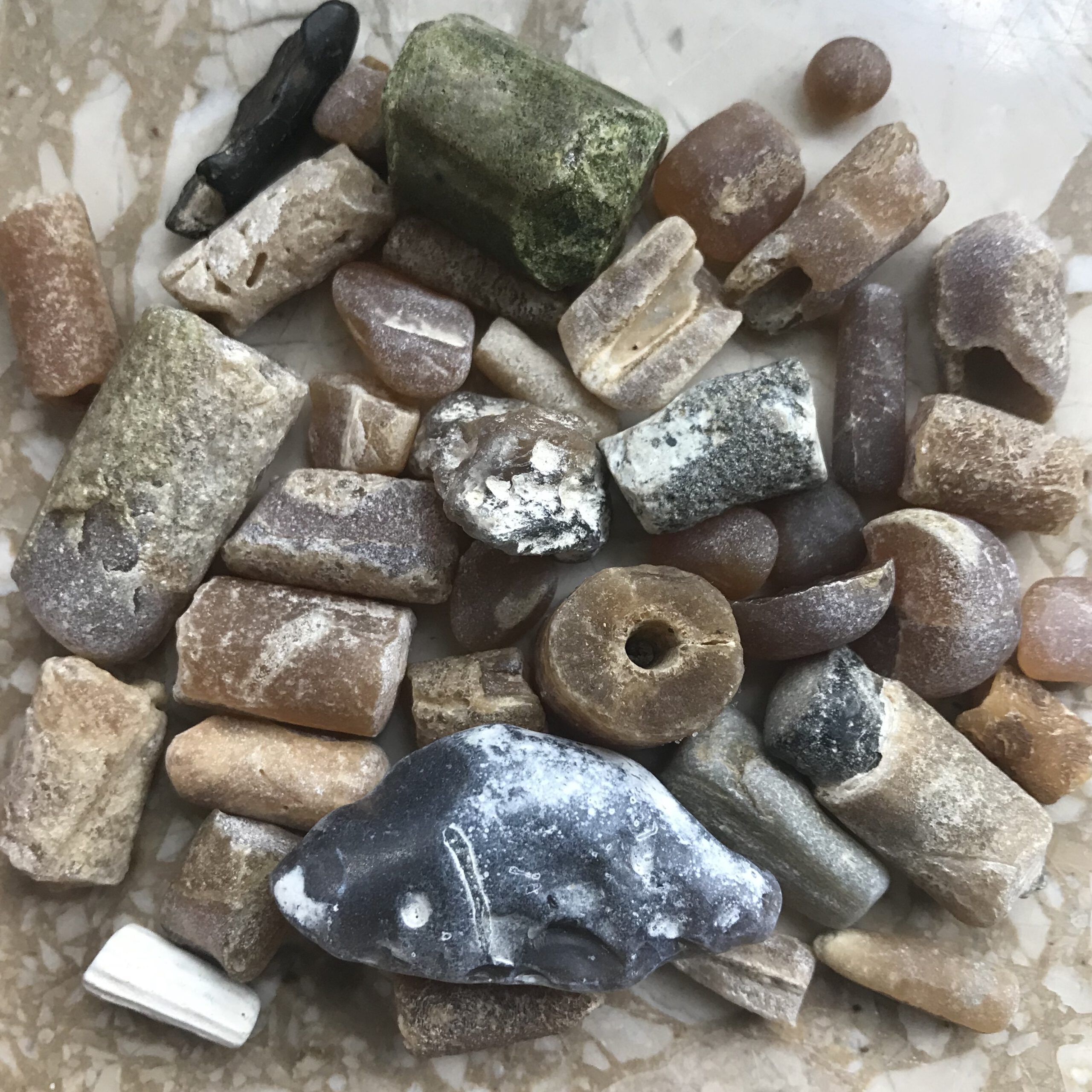 But on to wave watching. With only these long waves present, it’s really nice to observe how the wave crests behave as they reach the beach. Below: Breaking, but simultaneously… 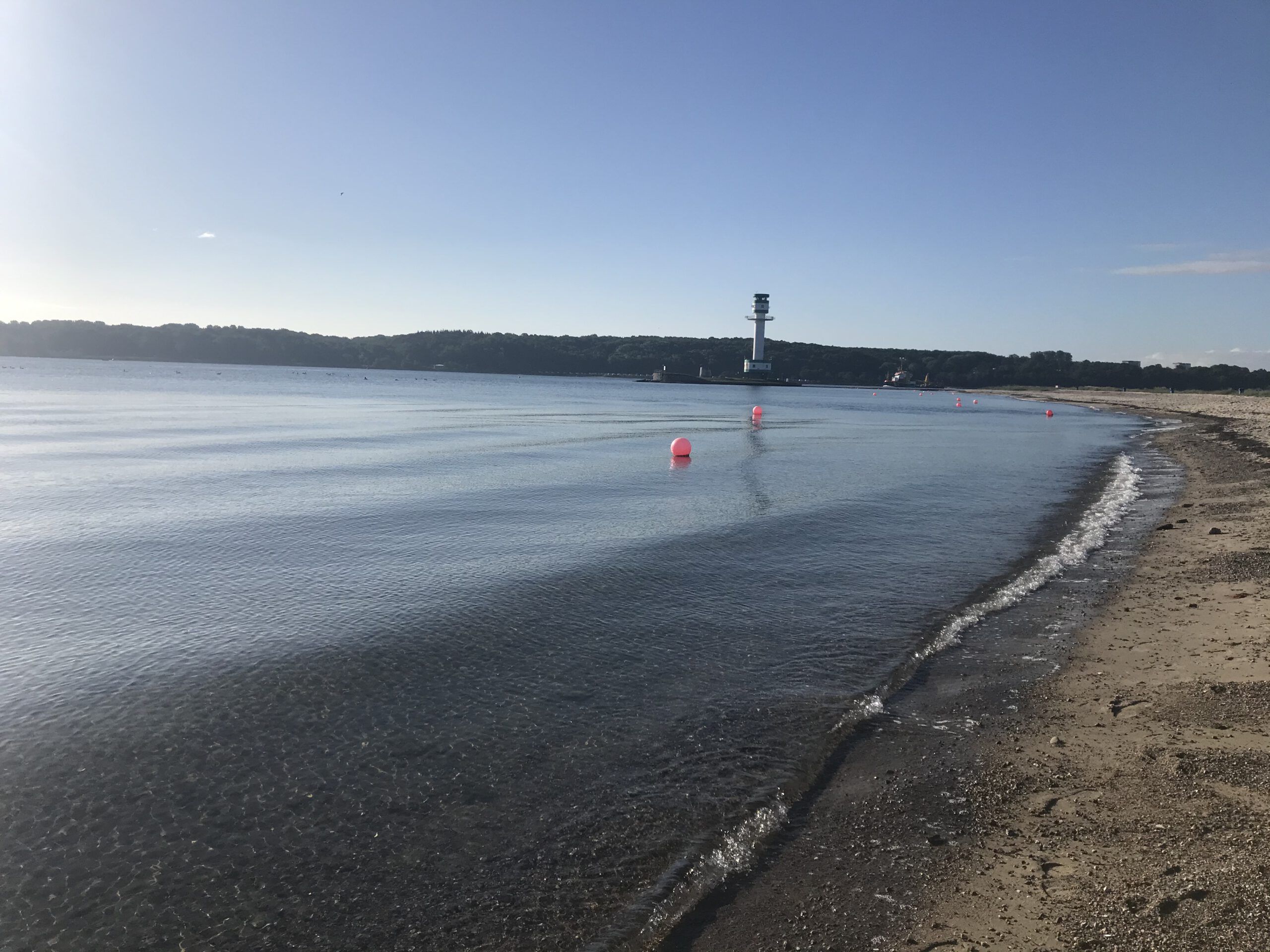 …already pulling back. That wave front looks so … unreal? 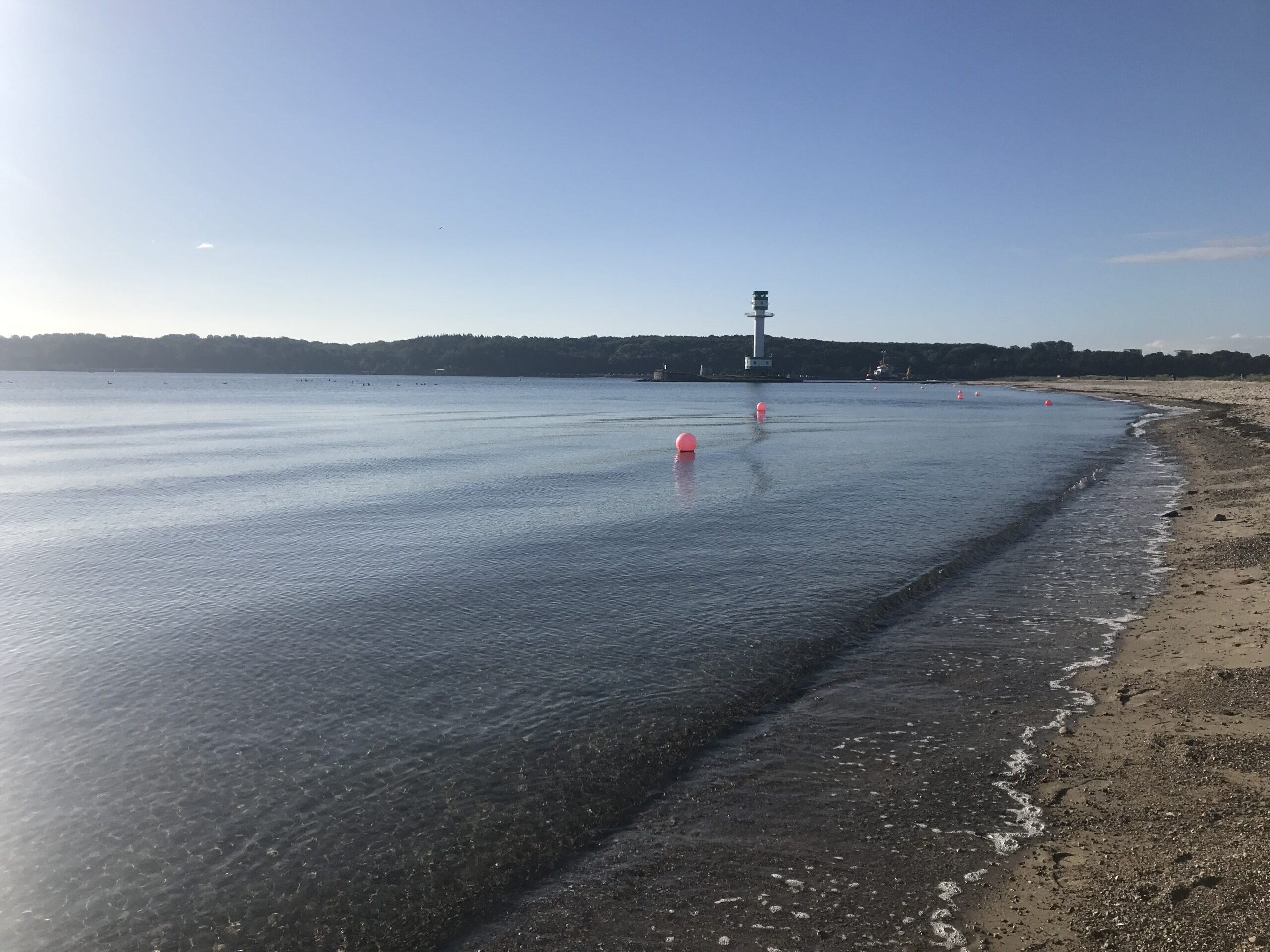 For your morning meditation, watch the movie below (sound on!)

The peninsula that connects the lighthouse with the beach makes for super interesting wave watching, because the waves on either side of this small strip of sand usually look very different. Today: the far, upwind side is again a lot rougher than the lee side in the foreground.
But also very cool to observe here is how the sand ripples underneath the waves are formed by the wave field. 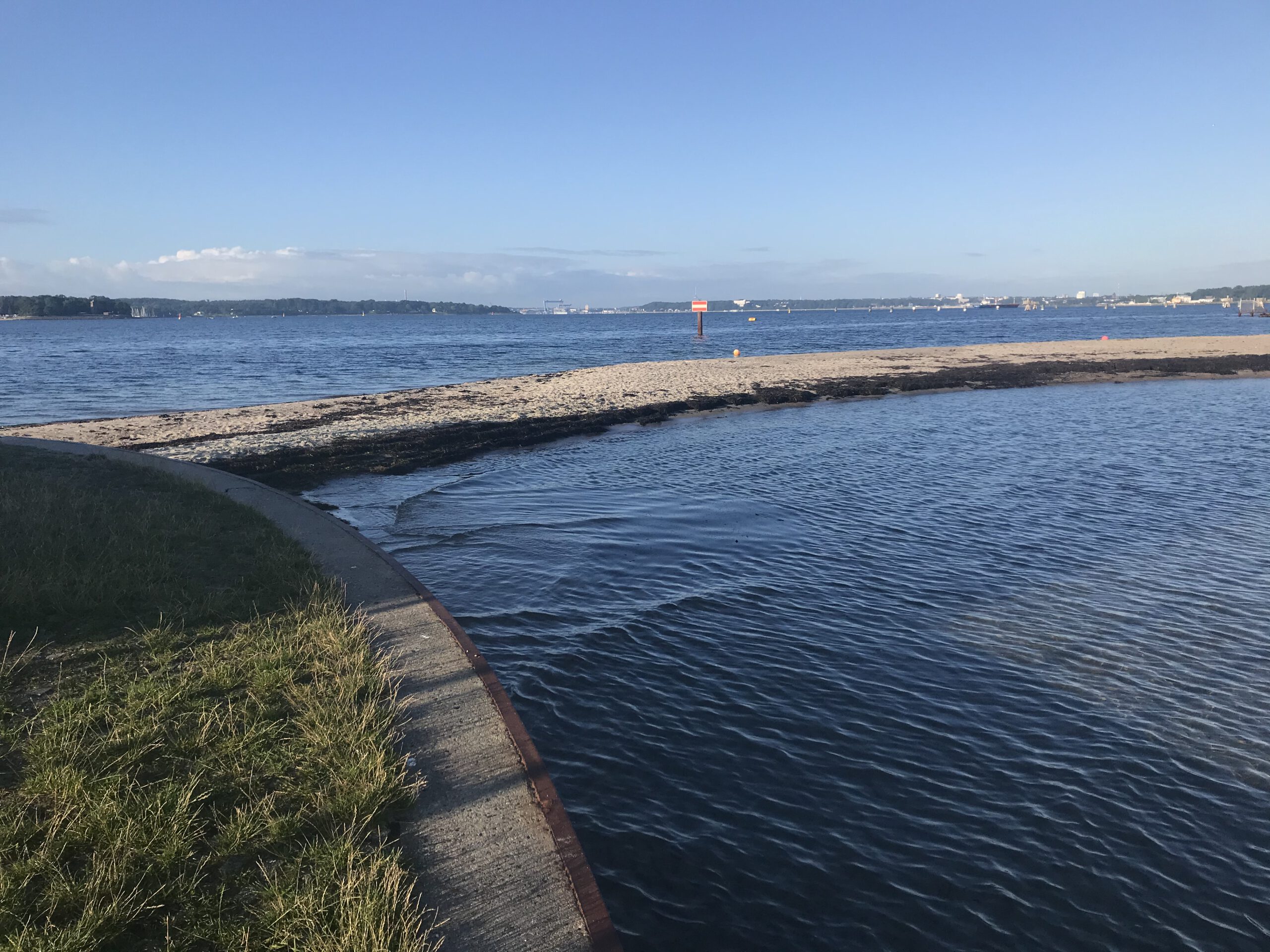 The picture below was raken right at the edge where, in the picture above, the sand dam meets the lighthouse’s island (you see the reinforced edge of the island at the bottom of the picture) and the ripples clearly show where the beach falls dry in between waves washing over it (smooth, no ripples), where the wave field is mostly regular (regular ripples), and where there is chaos of waves being reflected back and forth (small messy ripples). 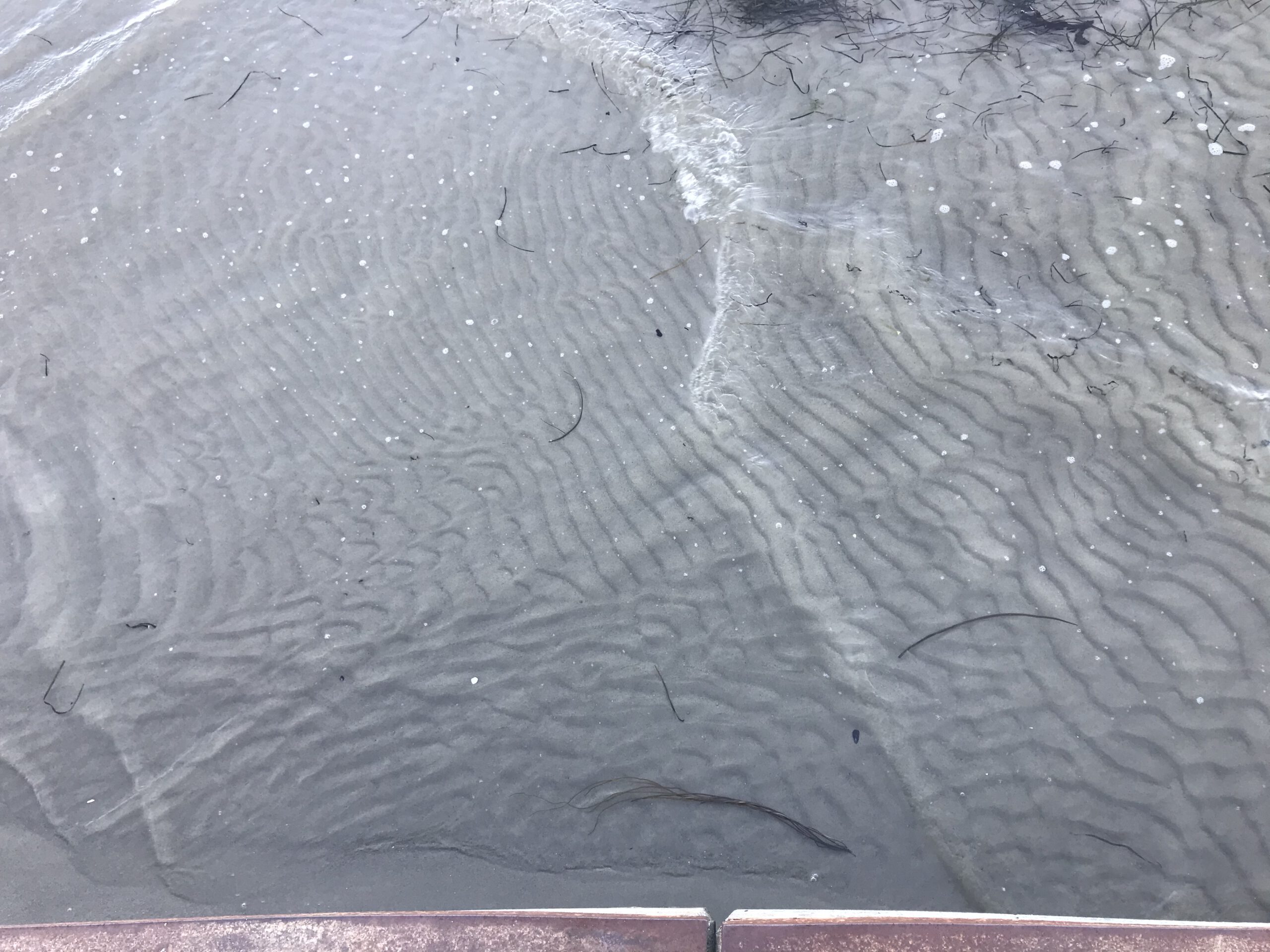 Moving on towards the right (away from the dam), ripples get more and more regular. You still see the reinforced edge of the island at the bottom of the picture. 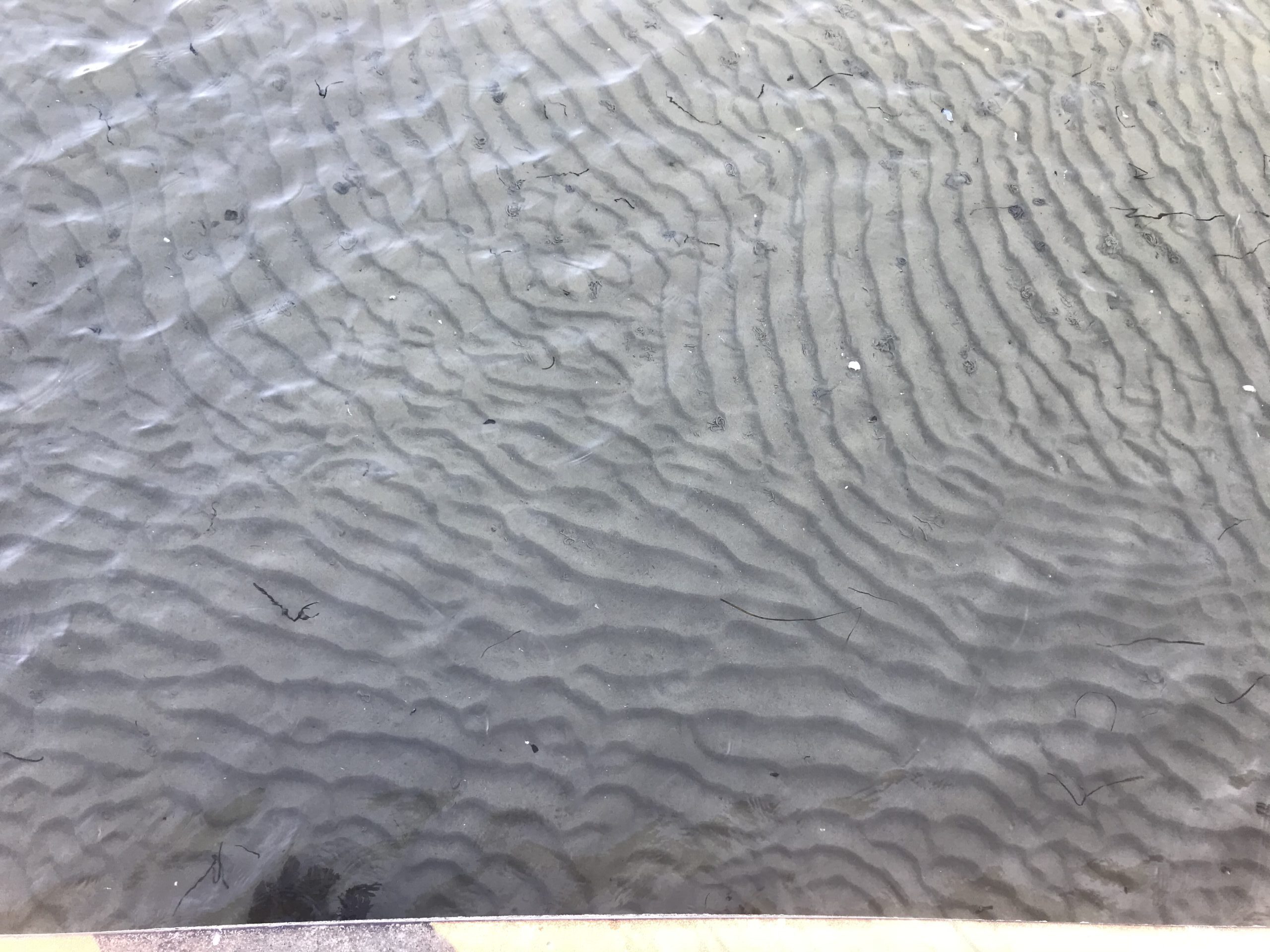 A little further to the right still, and the regular ripples reach all the way to the edge of the island. 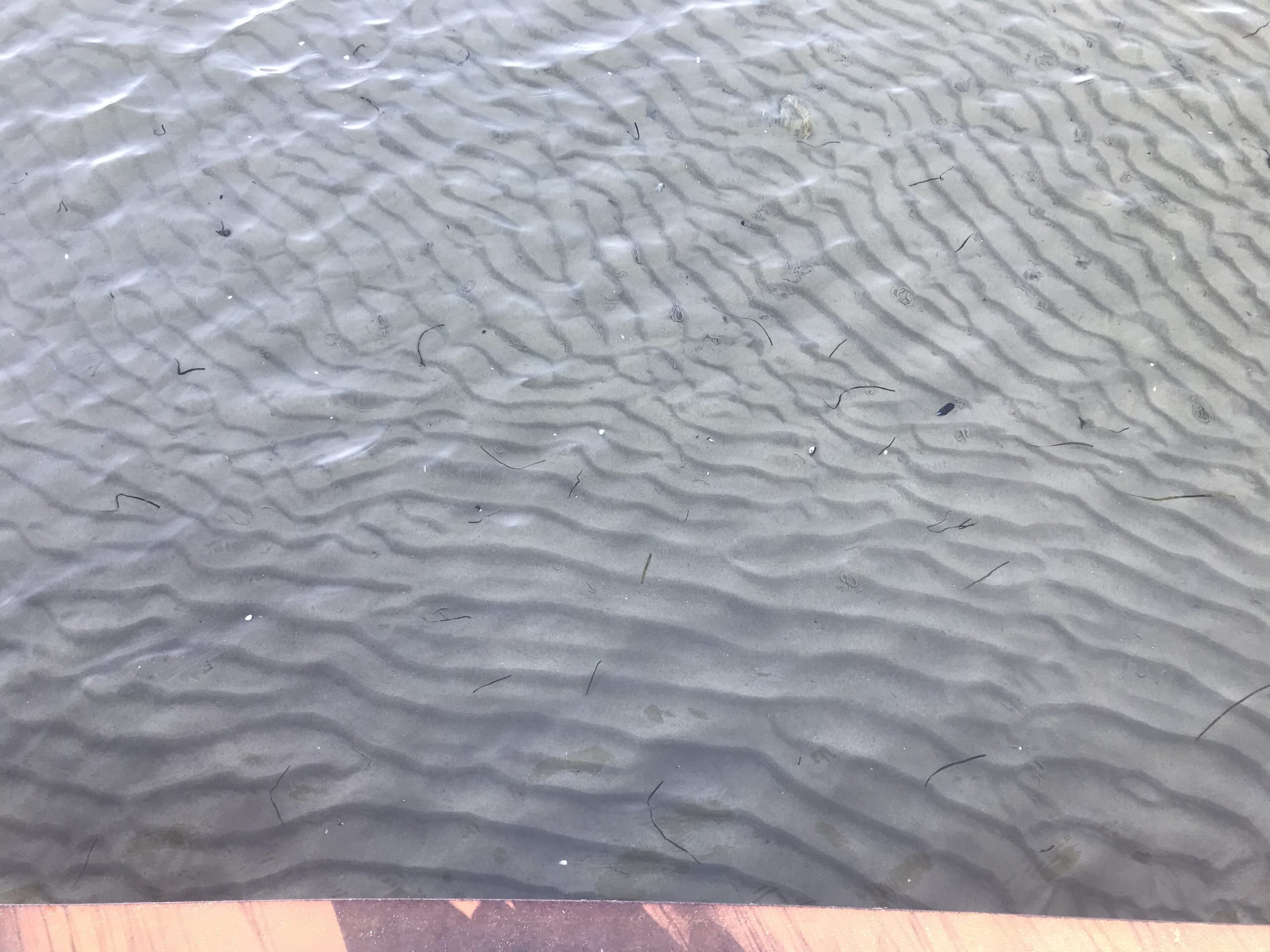 And walking a lot further to the right, ripples are long and regular (those are the dark structures — all the messy light structure is the sun ding weird things in the water). 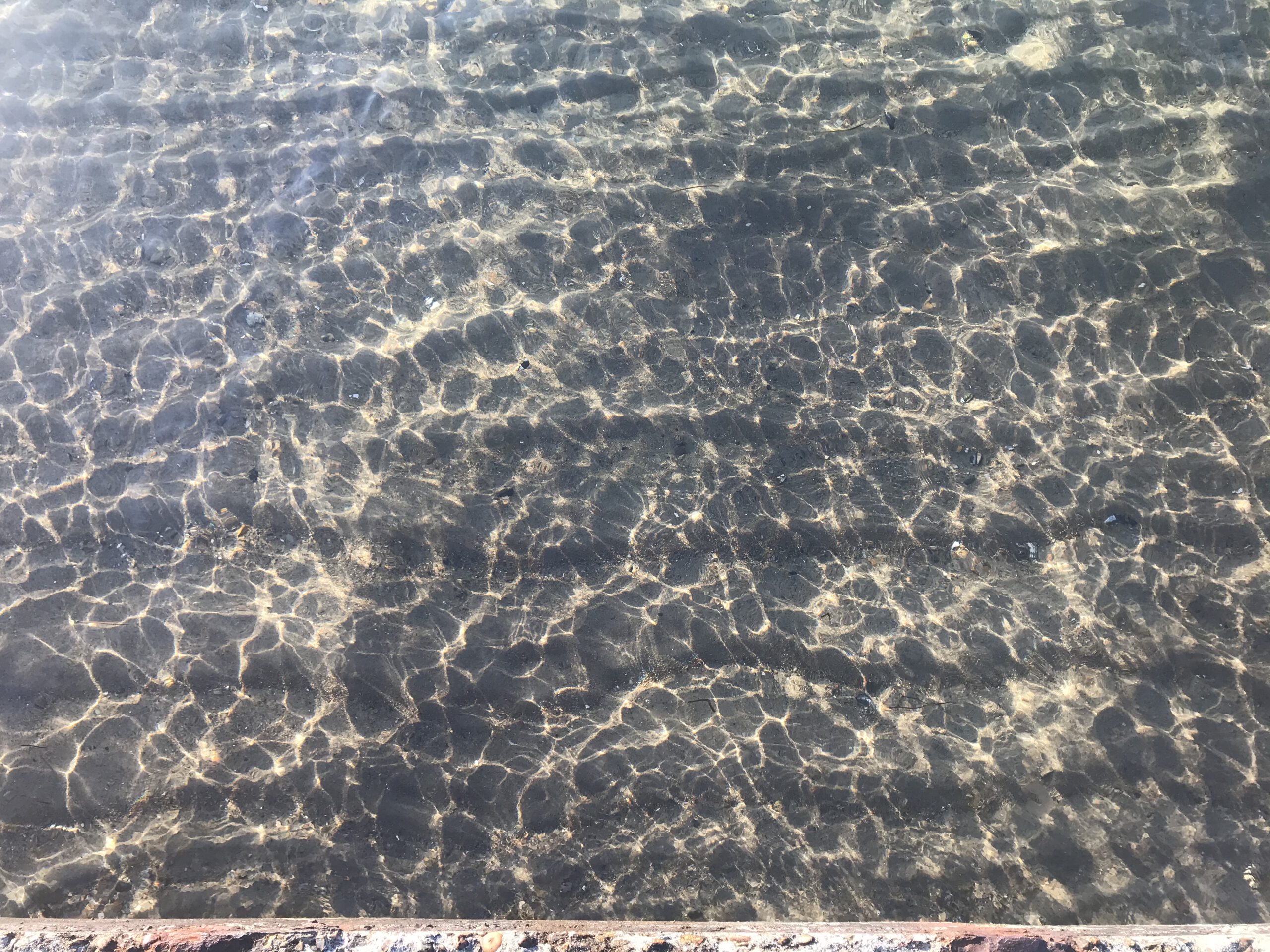 And here is a cool movie of a wake arriving and meeting a shallow stretch. For details of what’s going on there, check yesterday’s post!

And there we have it. Those are the waves that can typically be observed at Falckenstein beach (that is — those are the special ones. Of course we’ll also do all the basics! But as a faithful reader of my blog, I’m sure you know all those already :-))

Related Posts to "Wave watching in preparation of a guided tour! (Day 2)":

1 thought on “Wave watching in preparation of a guided tour! (Day 2)”