When I was on my way down to Kiel fjord earlier this day I was in a bit of a weird mood. I was thinking about how the weather was grey and gloomy. And how that meant that there wouldn’t even be a nice sun raise to take pictures of. And how I might already have said everything there is to say about waves in that area of Kiel fjord.

But then, this happened. 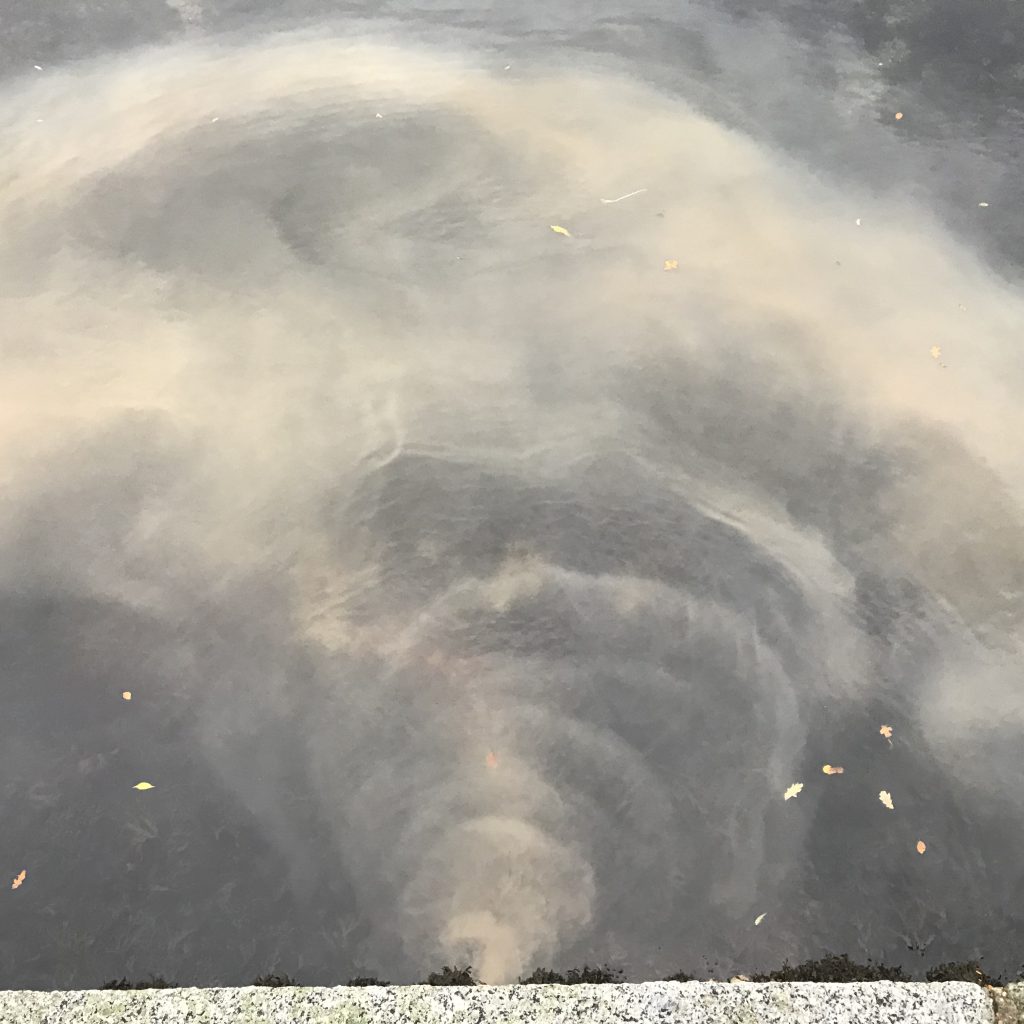 Thanks to people working on the drainage system on the other side of the road, there was a lot of sediment dissolved in the water dripping into Kiel fjord! And watch how it spreads into half circles from where it enters the fjord. How pretty is that?

And then, even better, when you look at the surface waves, they propagate a lot faster than those clouds of sediment do. So this is a really nice example of how wave motion and transport of matter in the ocean are independent of each other (as a first order approximation at least).

We do see an influence of waves on the sediment rings further out as they get deformed by the wind waves on Kiel fjord.

Actually, looking at the whole thing from a bit further away and not from directly above, we see that the sediment forms a plume parallel to the coast rather than spreading out in half circles further. And this I do believe is due to wave action. But let’s focus on the area right around the outflow… ;-) 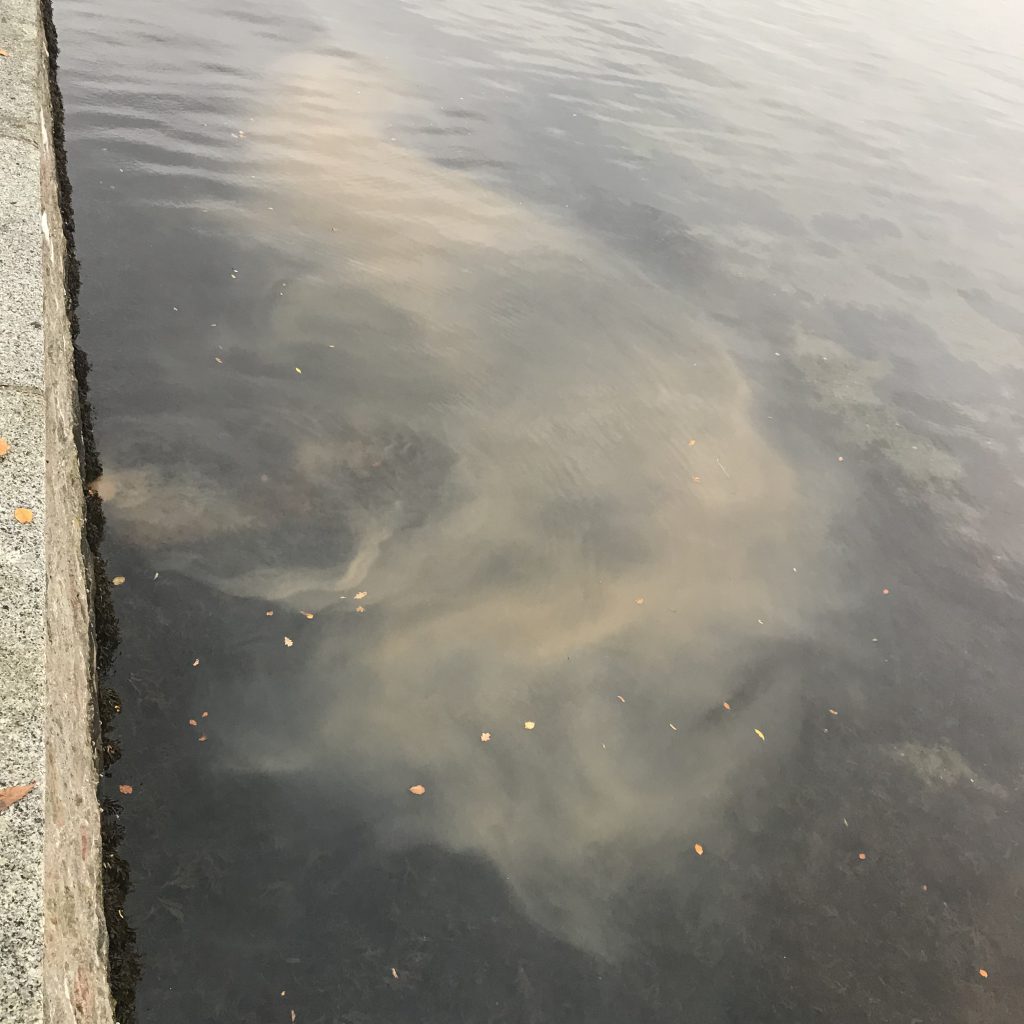 I found this pretty cool to watch and was very glad I stopped my run to take pictures and movies when I first saw it, because on my way back it was all gone already. Lesson learned: Always stop to observe the cool stuff instead of pushing through with the exercises you planned on doing ;-)

Related Posts to "Watch how sediment is transported with the flow while surface waves above move in the same direction but much faster":