On the GEOF105 student cruise that I was lucky enough to join like I did last year, I happened to observe what you see in the picture above: Standing waves in a bucket! And this isn’t a staged photo, this is me taking a picture of a student at work.

We are looking at the bucket the students use to take surface water samples which they measure on deck. The bucket happens to stand just above the engine room. Which leads to vibrations. Which, in turn, leads to waves. Many different kinds of waves! In addition to what you see above, we find, for example, plain circular waves. They might look like they do in the picture below: 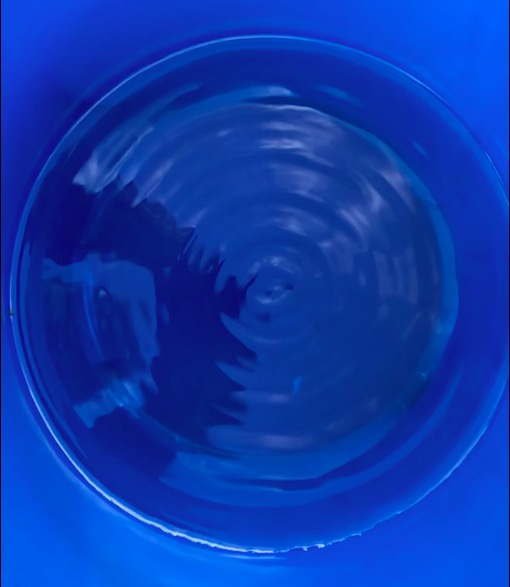 And here is a short movie of the waves, first in real time, then in slow motion.

Sometimes the circular waves also have other wave lengths. 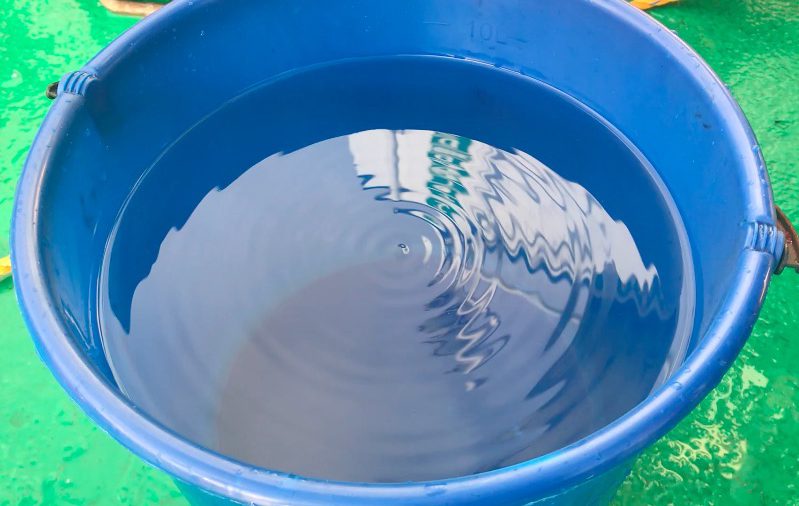 The next pattern that develops from a monopole (like the one you see above) is my favourite: A monopole with higher order stuff developing at the edge of the bucket. 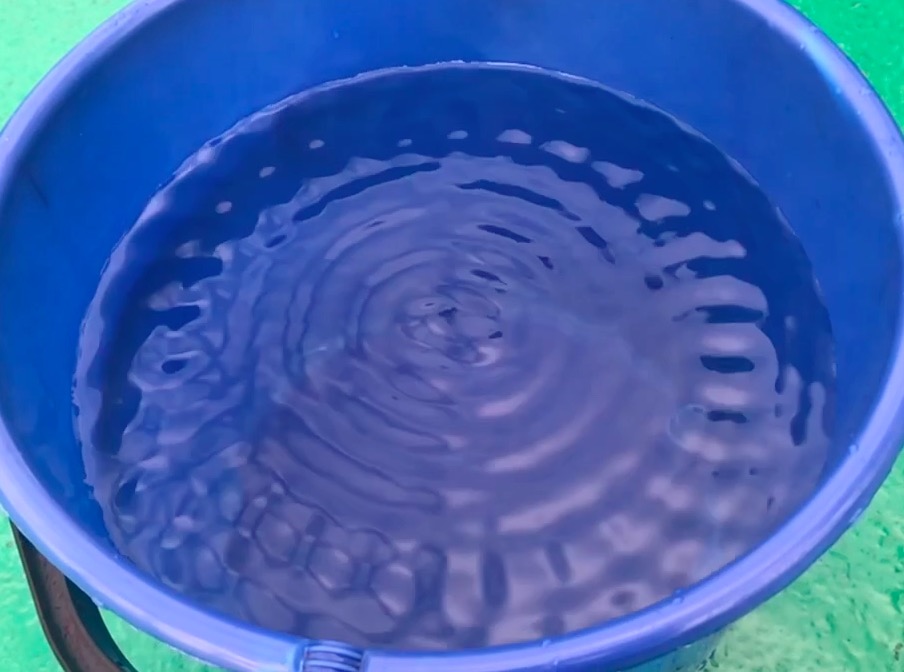 Watch the movie below to see it in motion (first at real speed, then in slow motion).

The next step, then, is water that almost looks as if it was boiling. Like so: 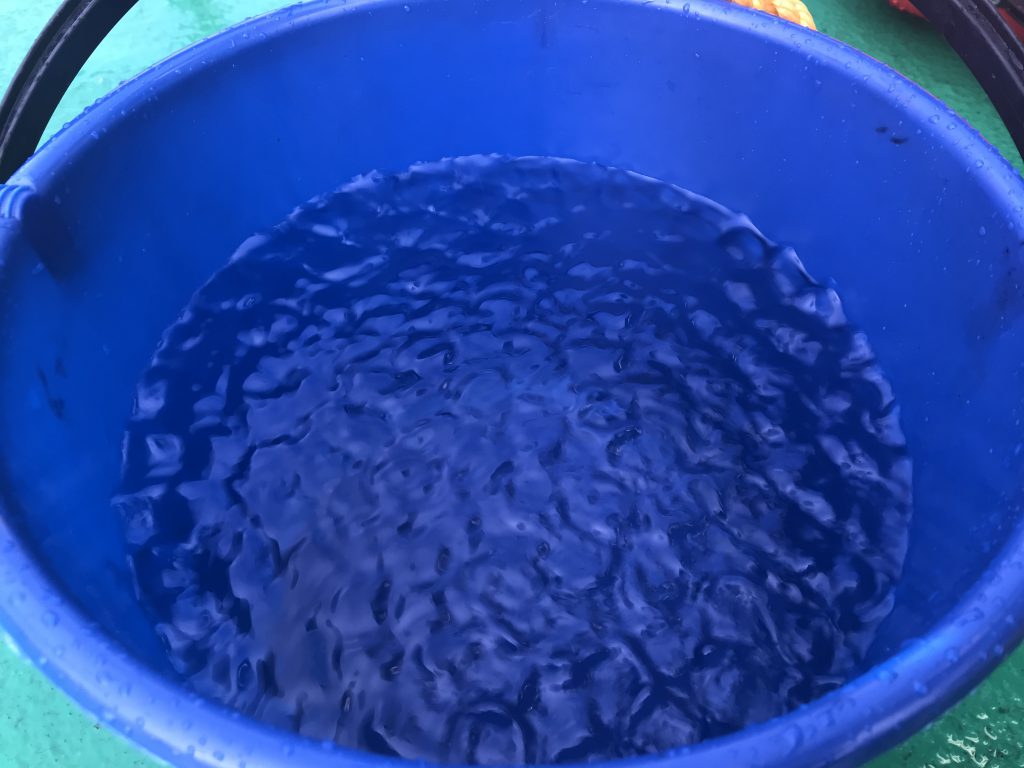 Here is a movie of the bucket with the “boiling” wave pattern, again in real time first and then in slow motion.

The movie below shows a close-up of some of the waves in the “boiling” state, when there was enough energy in the system to throw drops up in the air. The movie goes from real time to slow motion. Careful when you play it, I left the sound in in order to show how the frequency of the waves is the same as the frequency of the engine. (And because of the annoying sound, it doesn’t start up automatically, so you have to click to play)

Here is a movie that shows the bucket in different positions, shot continuously to show how quickly the wave pattern develop and also how close together the different spots with the different pattern are located. Thanks for playing along, Kjersti!

So clearly the location has an influence on what wave pattern develops. But what are other important factors? We tested material, shape and size of the container.

A small plastic bucket which is almost cylindrical, for example. Guess what happens? 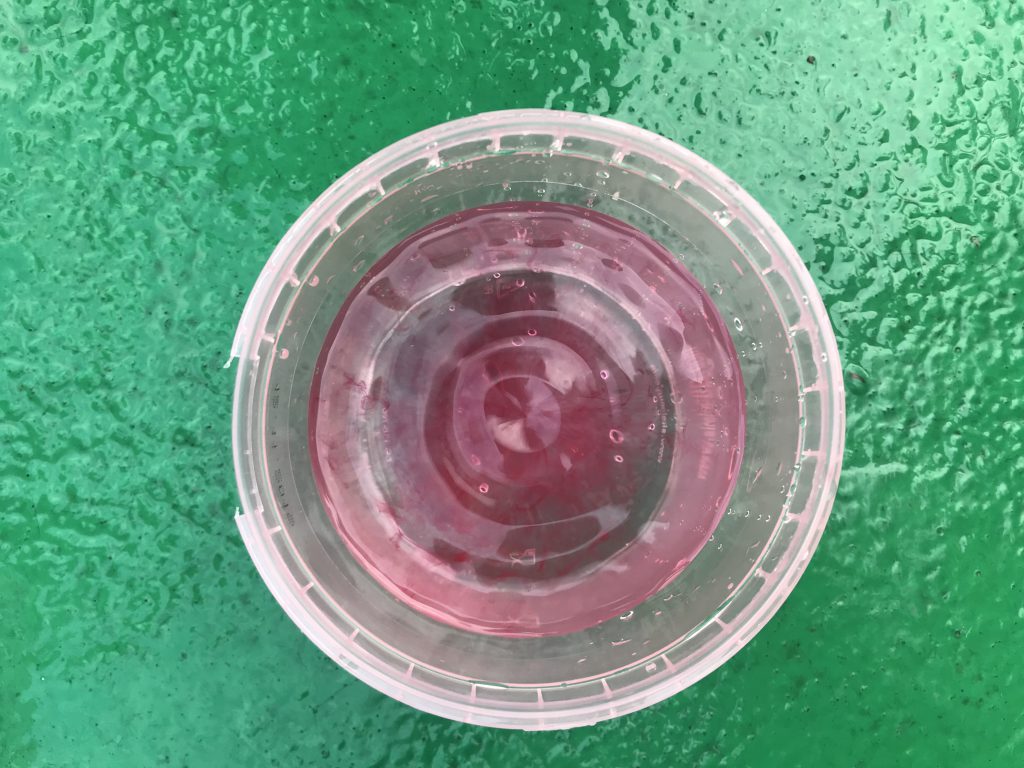 We can get the same wave pattern as in the large bucket! The movie below shows three different wave pattern. When the frequency suddenly changes that’s because the movie is in parts played in slow motion.

As to material: It seems to be important that it’s flexible. Iron cast pans don’t work (yes, there is water in it!), neither do metal lunch boxes… 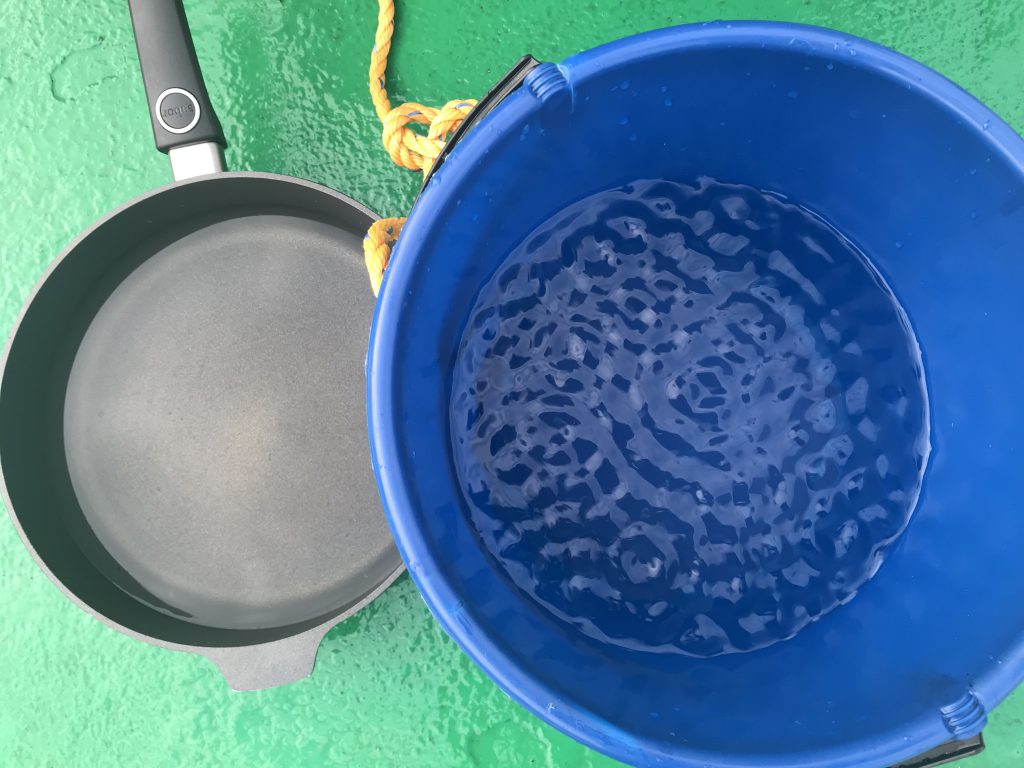 And round shapes make nicer waves. But the rectangular vanes of the surface drifters (aka paint roller trays) also make pretty pattern! But now the waves are, unsurprisingly, only parallel to the edges of the tray.

Yep, this is the kind of stuff that makes me really happy! :-) 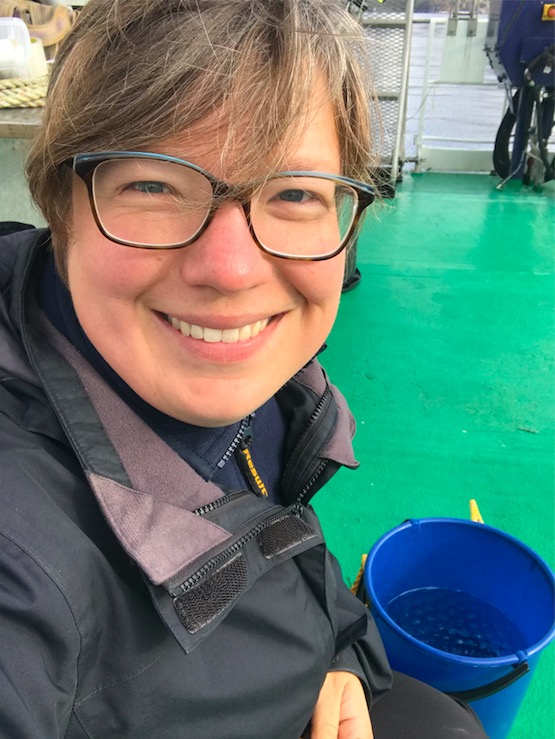 Related Posts to "Wave watching in a bucket":

5 thoughts on “Wave watching in a bucket”