They might not look like much, but when I spotted these in the street this morning, I was super excited: Roll waves! 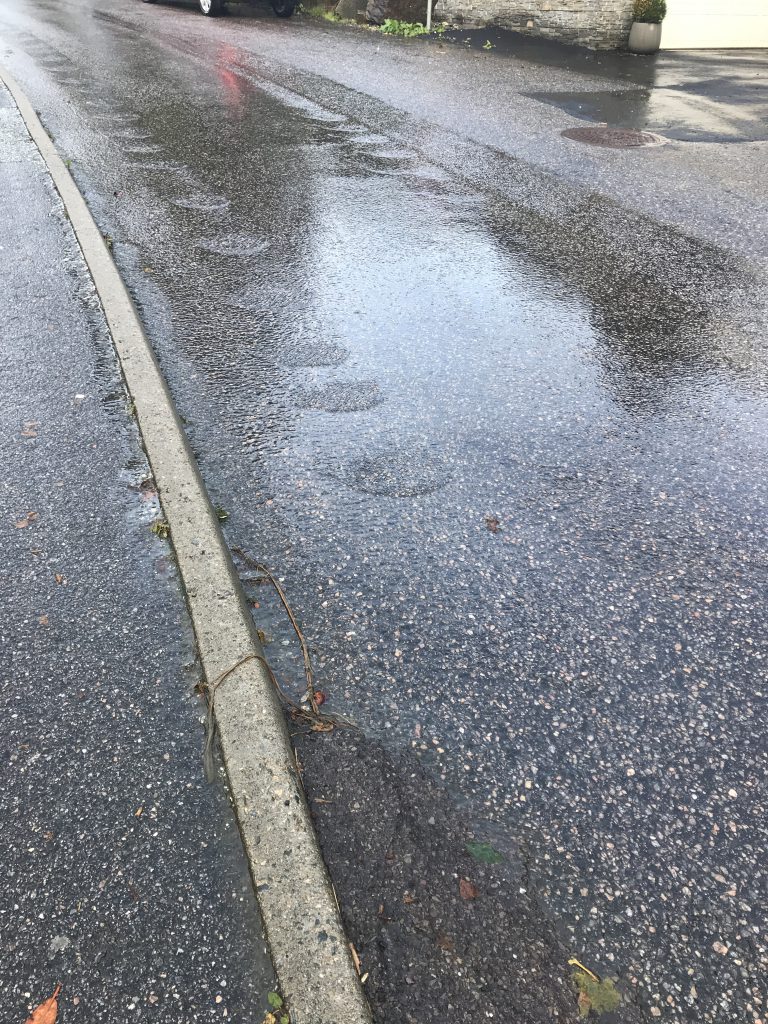 I marked some of them below (just to make sure you see what I saw and not just a wet street) — lots of little groups of waves that fan out and propagate down the street in a fairly regular pattern, which is controlled by the amount of water going down, the slope of the street, and friction.

In the movie below we first look upstream and see a very regular pattern, and then downstream when it is raining a little more than shortly before, and there we see that sometimes one of the wave groups is a little larger and a little faster and eats up the one before.

How cool is that?

And here is an analogy of what happens: Everything is moving the way it should, until suddenly something moves faster and brings with it everything in front of it.

(Also, isn’t it funny what continued wave watching does to your brain? I cannot go anywhere without seeing waves these days…)

3 thoughts on “Roll waves in Bergen”