Arnside is a beautiful little town on the banks of the river Kent, and Astrid and I went on a nice hike along the shores of the estuary a little while ago.

The difference between high water and low water is quite impressive here, and we started our hike right after high tide to make sure we wouldn’t be cut off by an incoming tide. Which was definitely the safest thing to do, but also made for pretty muddy shoes… 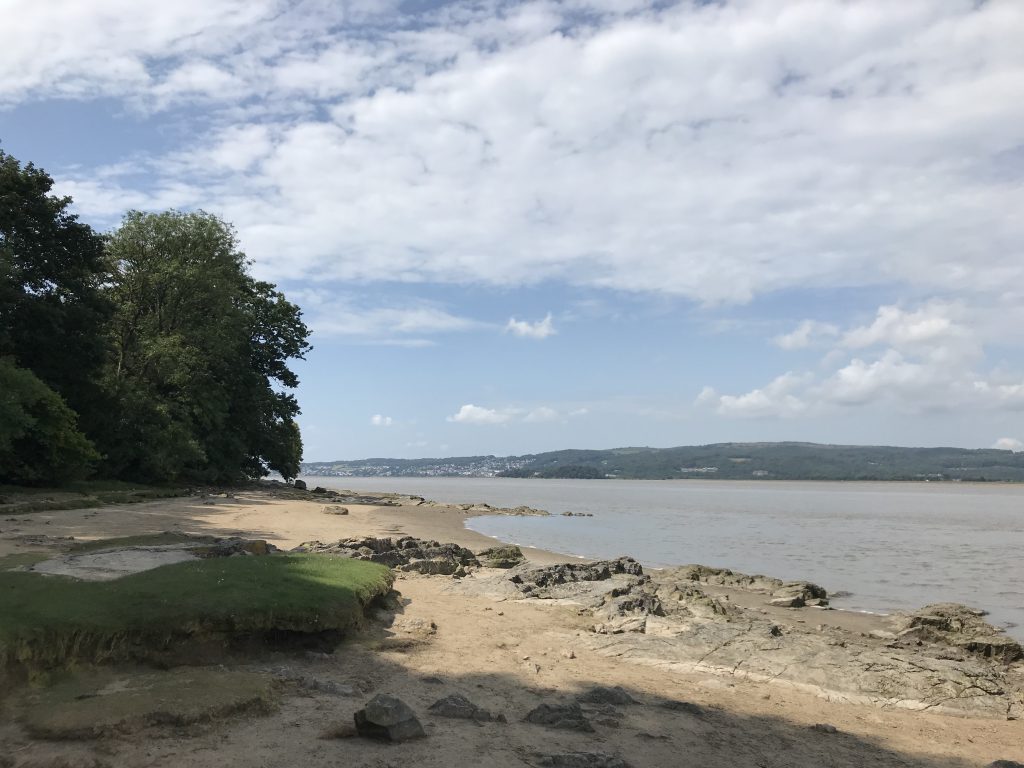 There is a ton of amazing wave watching to be done in the Kent river bed. For example the waves being diffracted around these rocks. 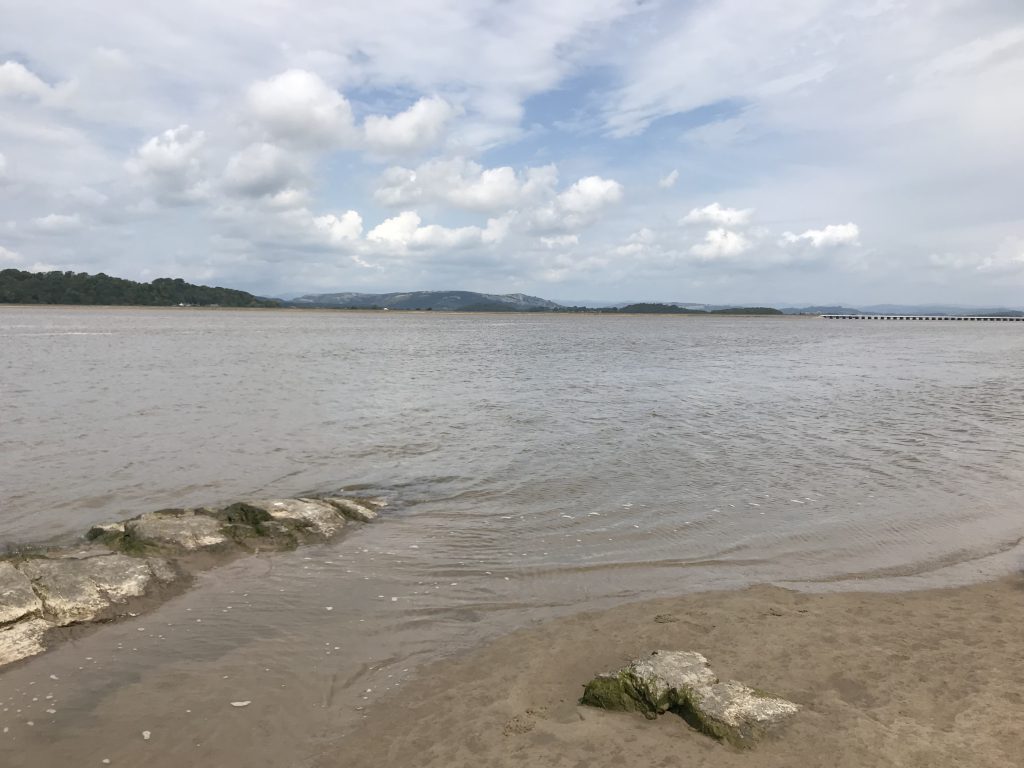 Or this diffraction at a “slit” between the rocks. 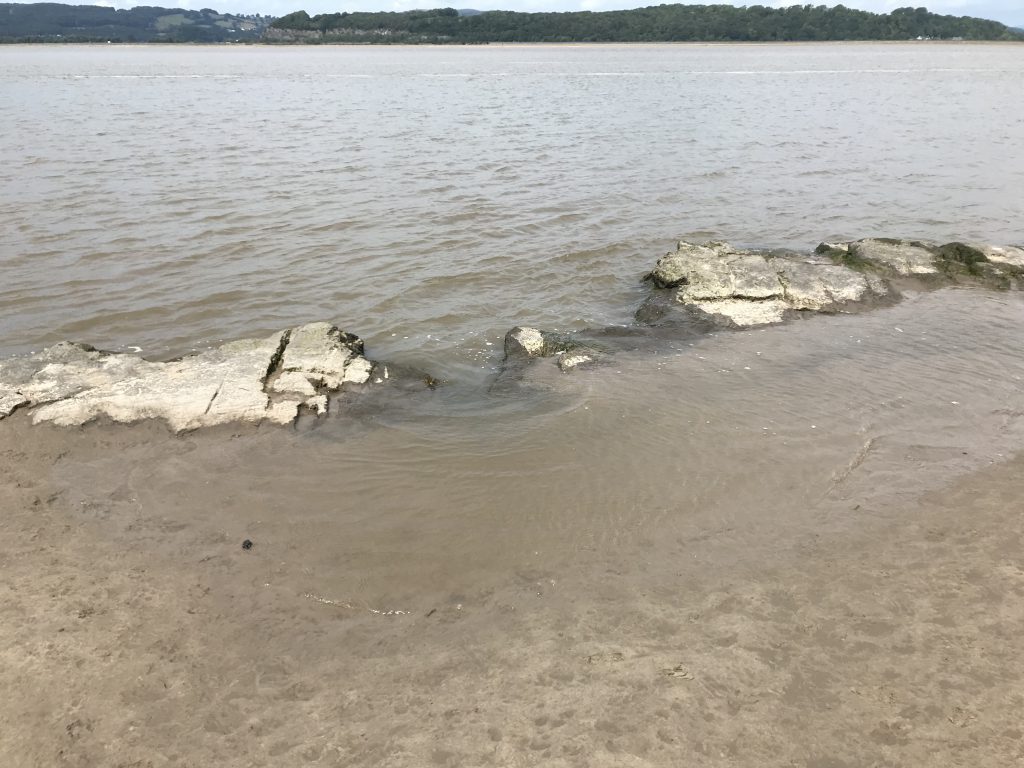 And the whole landscape is just gorgeous! 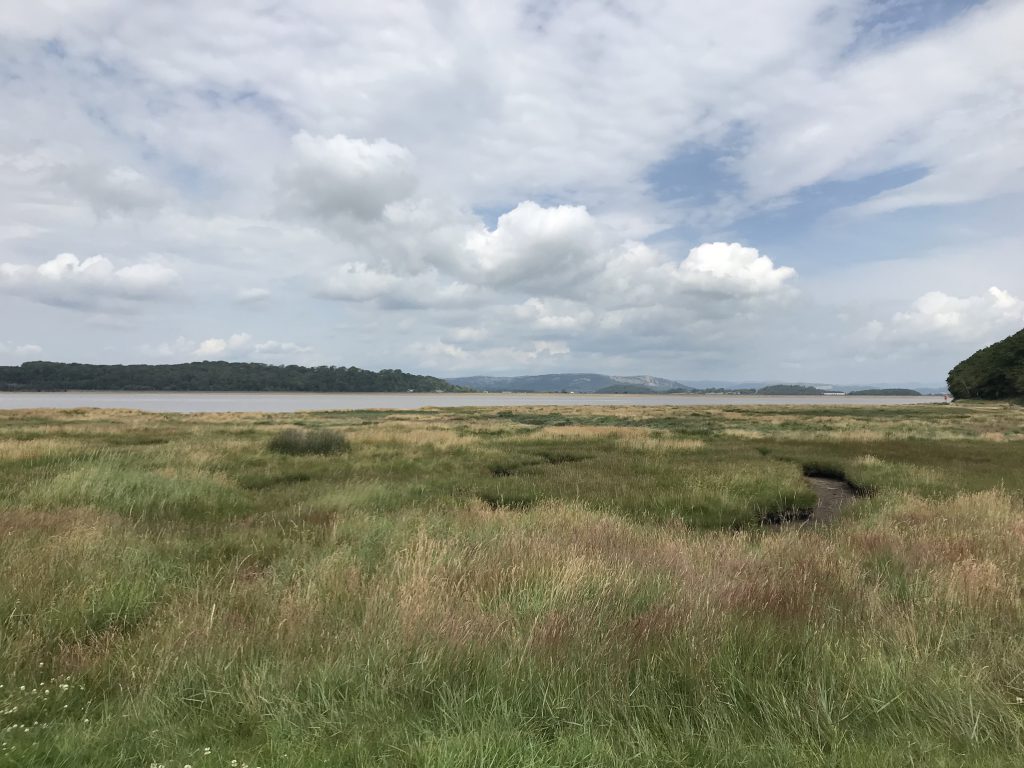 Very intriguing to me: A foam stripe that seems to be coming out of nowhere. Or, better, that we can’t see the cause of just yet. It’s coming from somewhere downstream (to the left). 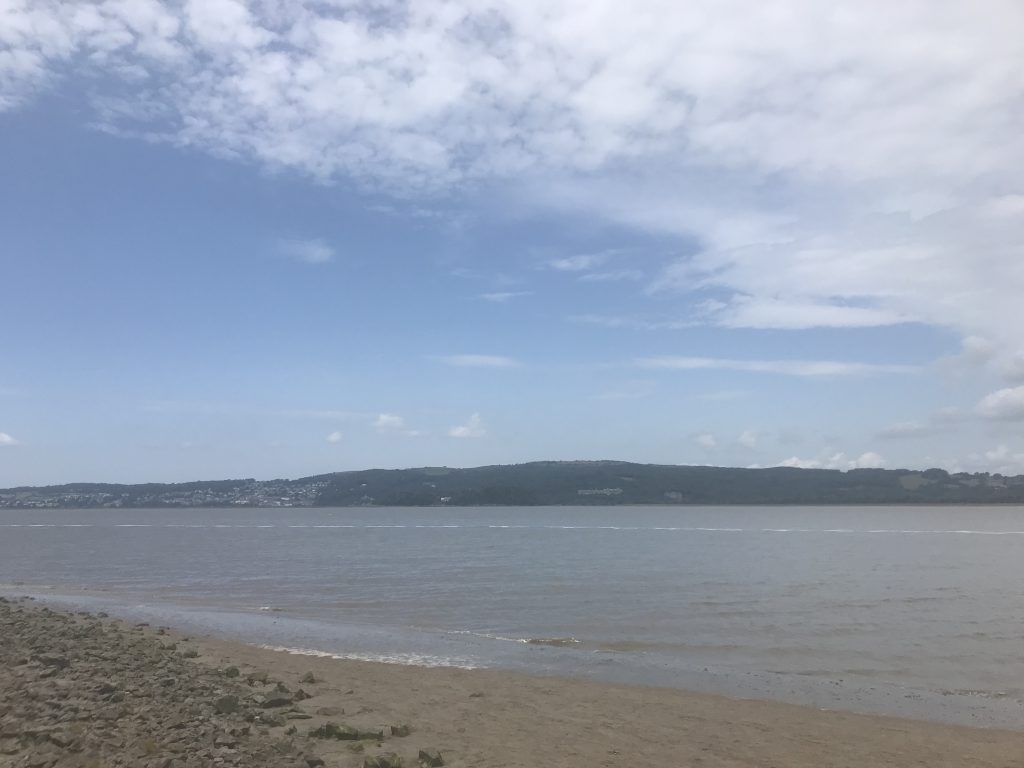 But where is it coming from? From somewhere behind that headland. Let’s go inquire! 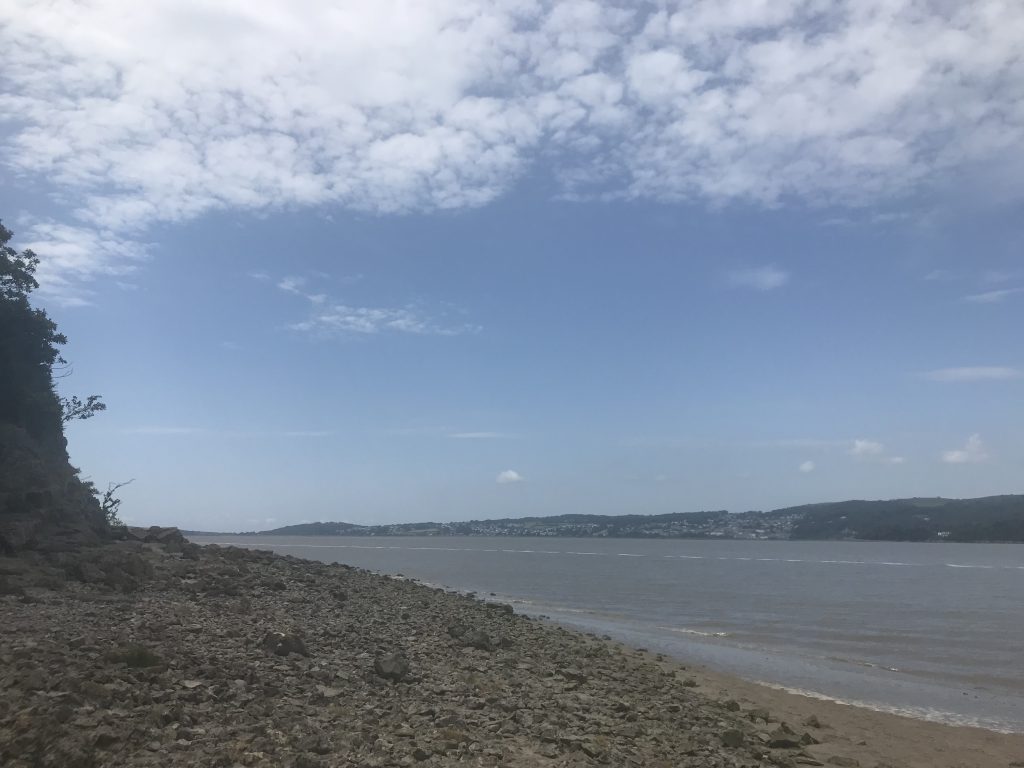 A little further down the coast line, we see that the foam stripe ends on a sandbank. 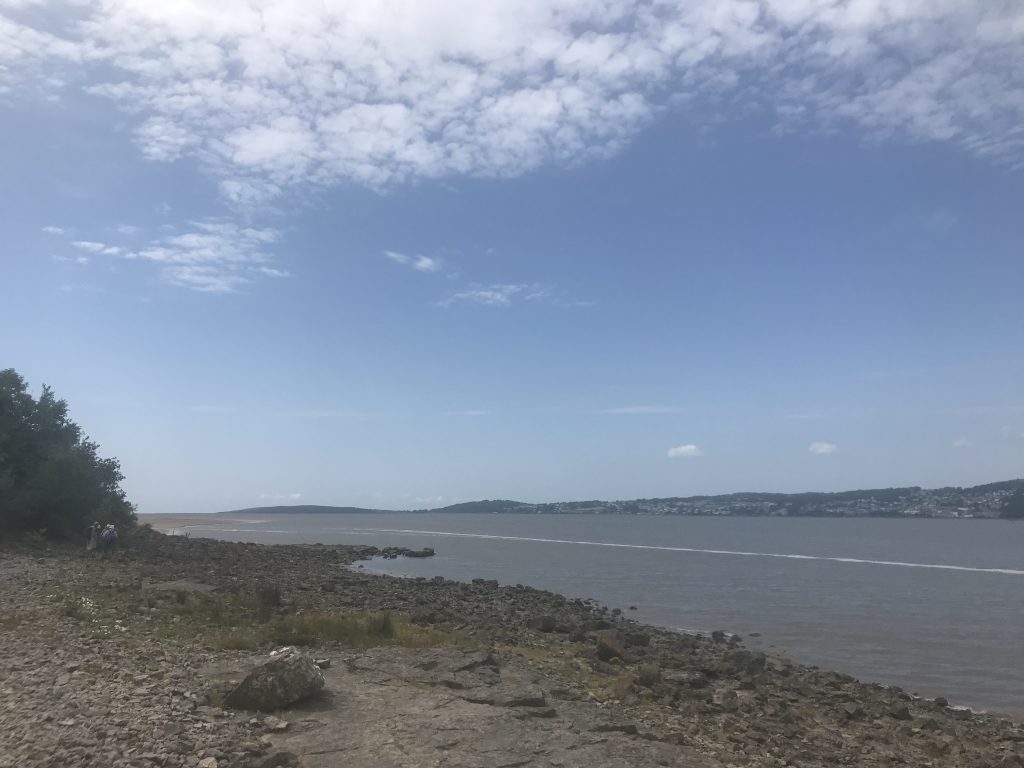 And coming closer still, we see that the foam is created by waves breaking on that sandbank and a second one a little further offshore. It gets collected where the bank brakes the water surface, and is then just driven downwind, but stays together, forming the stripe. 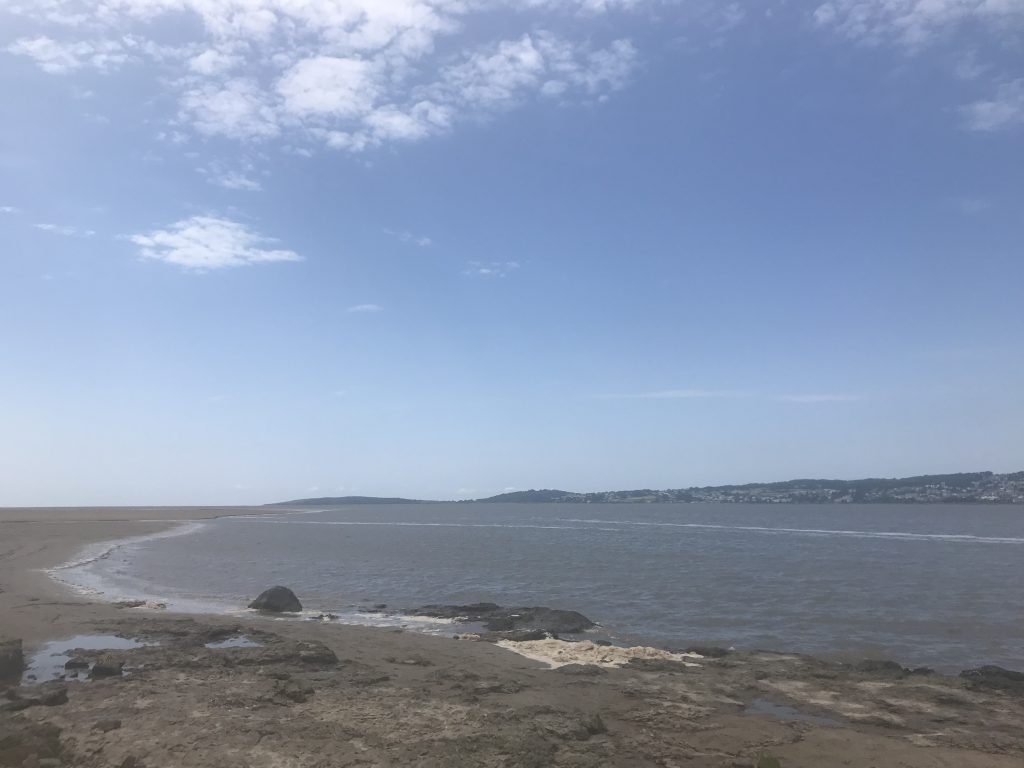 This is a closer look of the waves breaking on the sand banks. 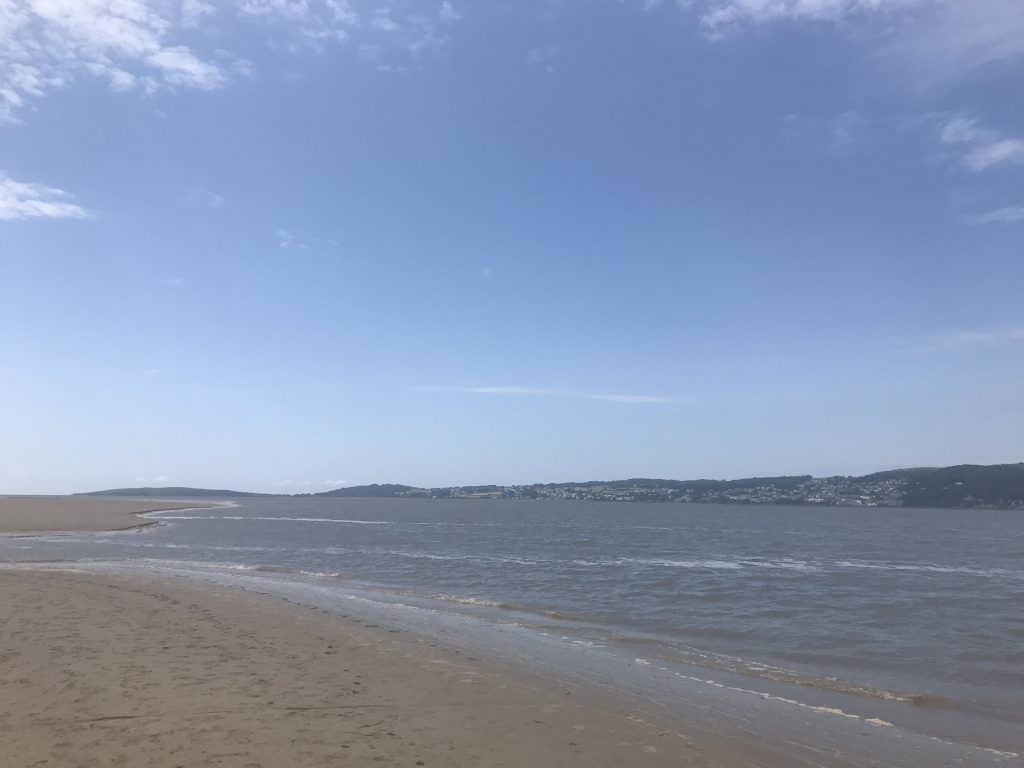 And speaking of sand banks: There is some cool wave action in between the sand banks, too! Waves are driven in by the wind through the channel from the left. This is  a clearly visible wave field with larger wavelengths and heights than the rest of the small basin, where waves are only created locally once the wind reaches the water surface. See how on the left edge of the basin the water is sheltered from the wind by the higher edge of the sand bank? 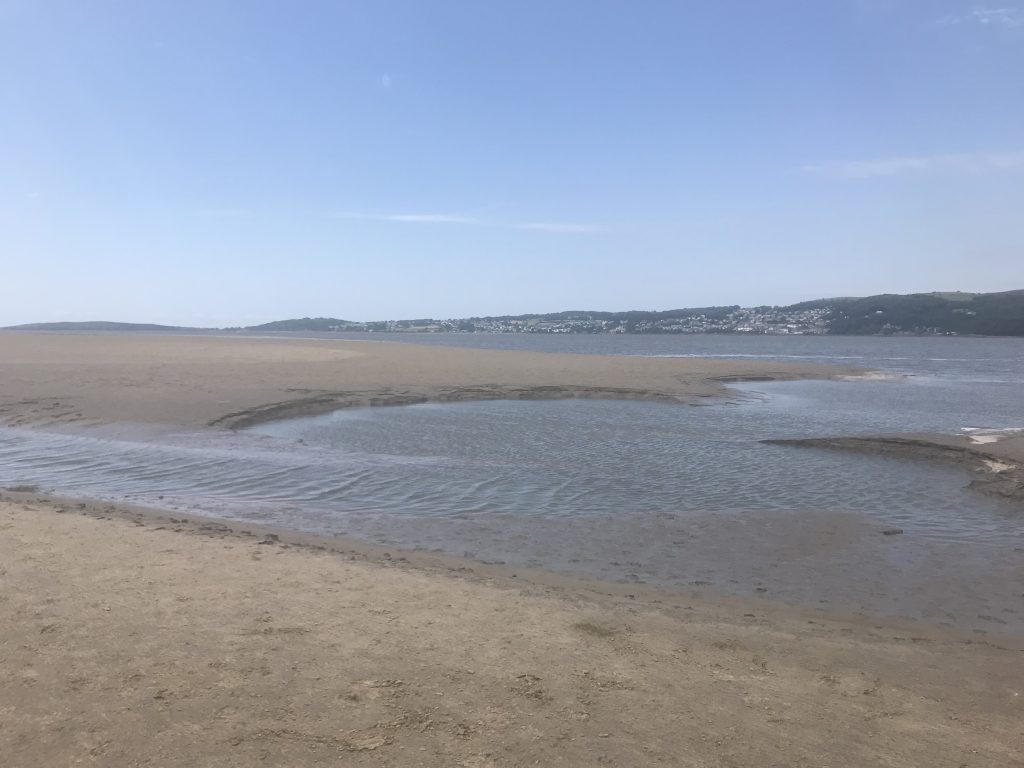 Again, what a pretty landscape! 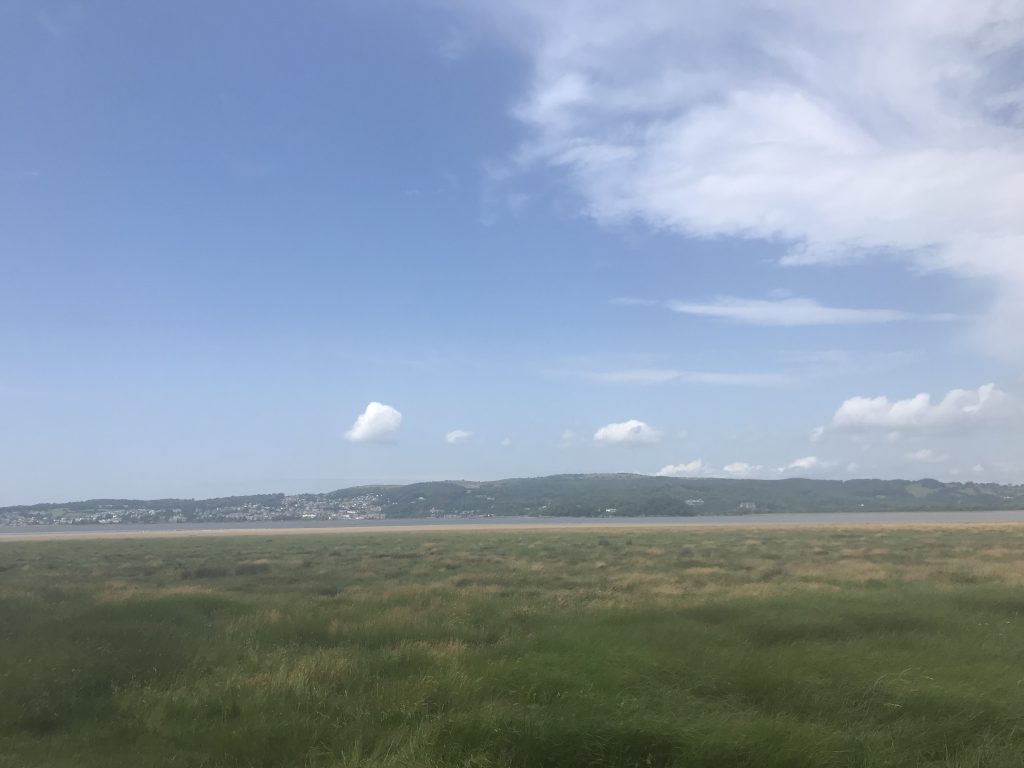 I really like the contrast of the lush green grassy areas and then the sandy muddy tidal river in the background. 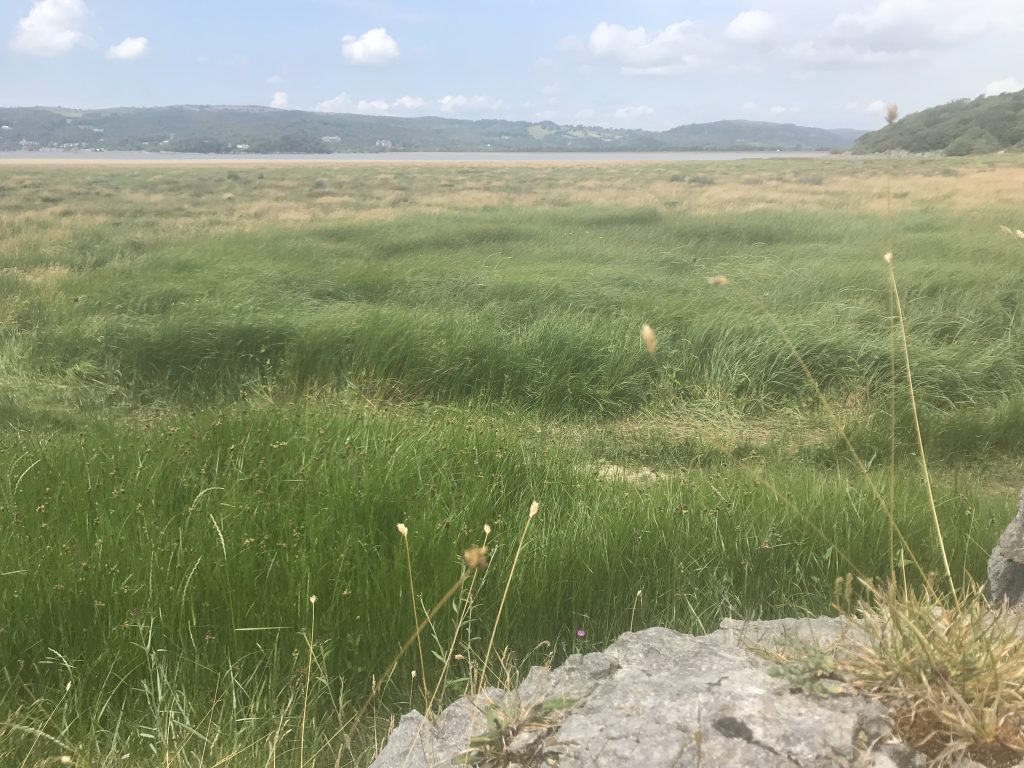 Walking a little further, we now see a large muddy area. When we were walking here, a local told us that when he was a kid, all this area was also grass land and it only became sandy and muddy a couple of decades ago. Fascinating how the landscape changes! 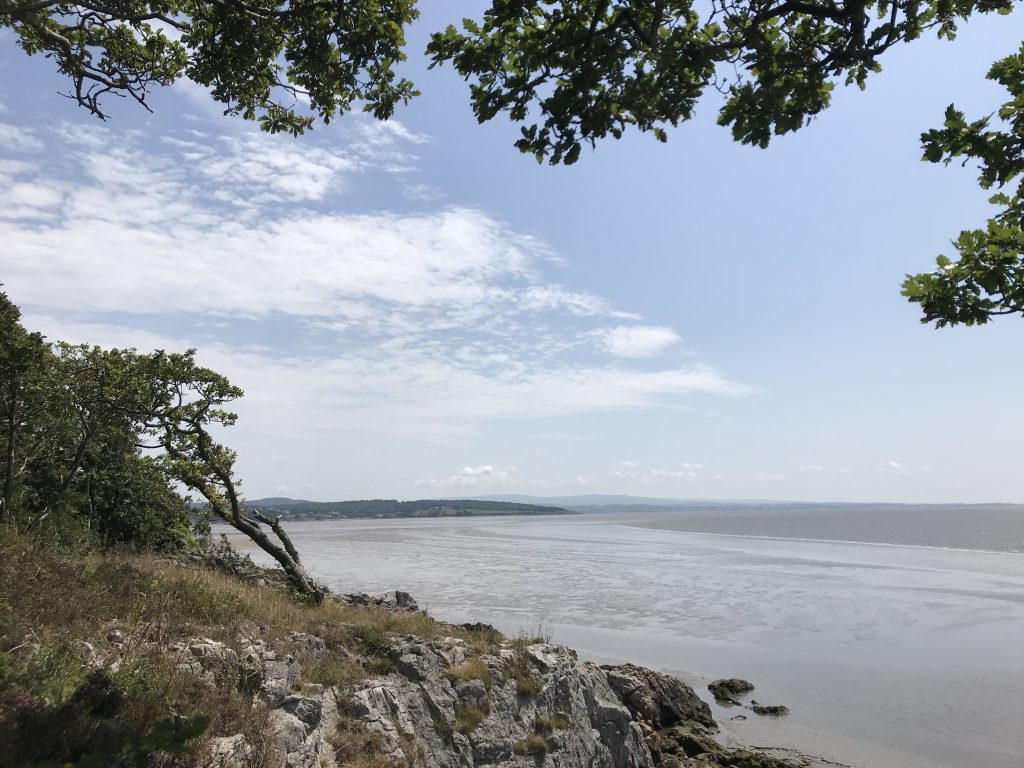 But even on timescales of hours the landscape changes, and all the sandbanks and channels move with each incoming and outgoing tide. 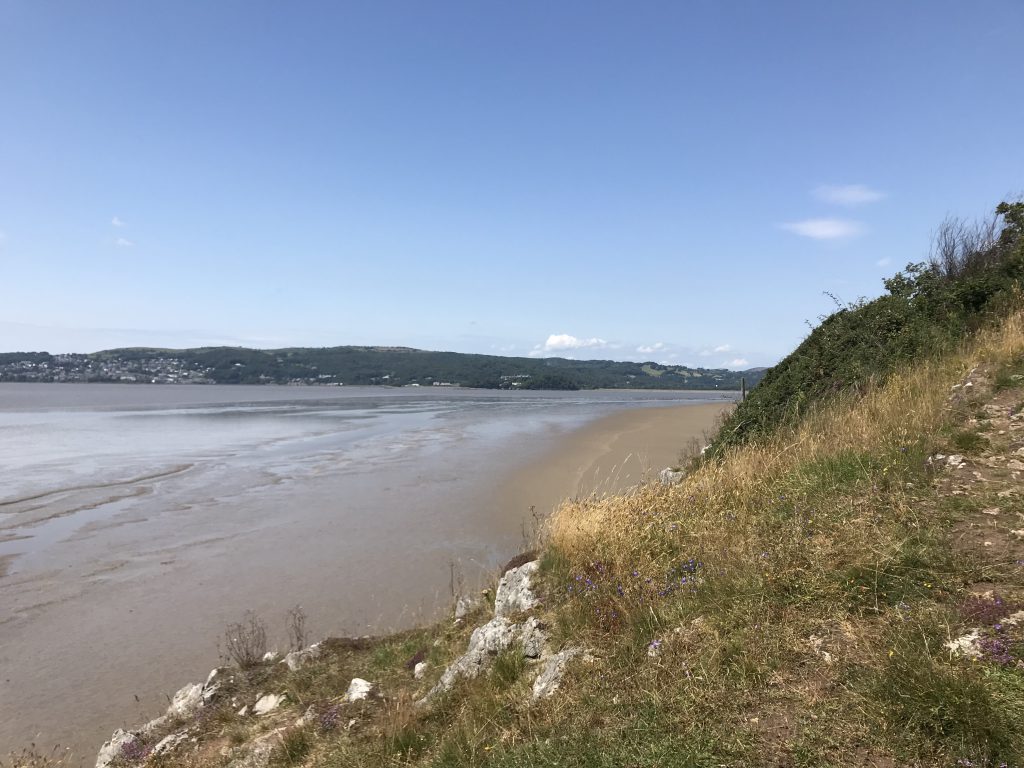 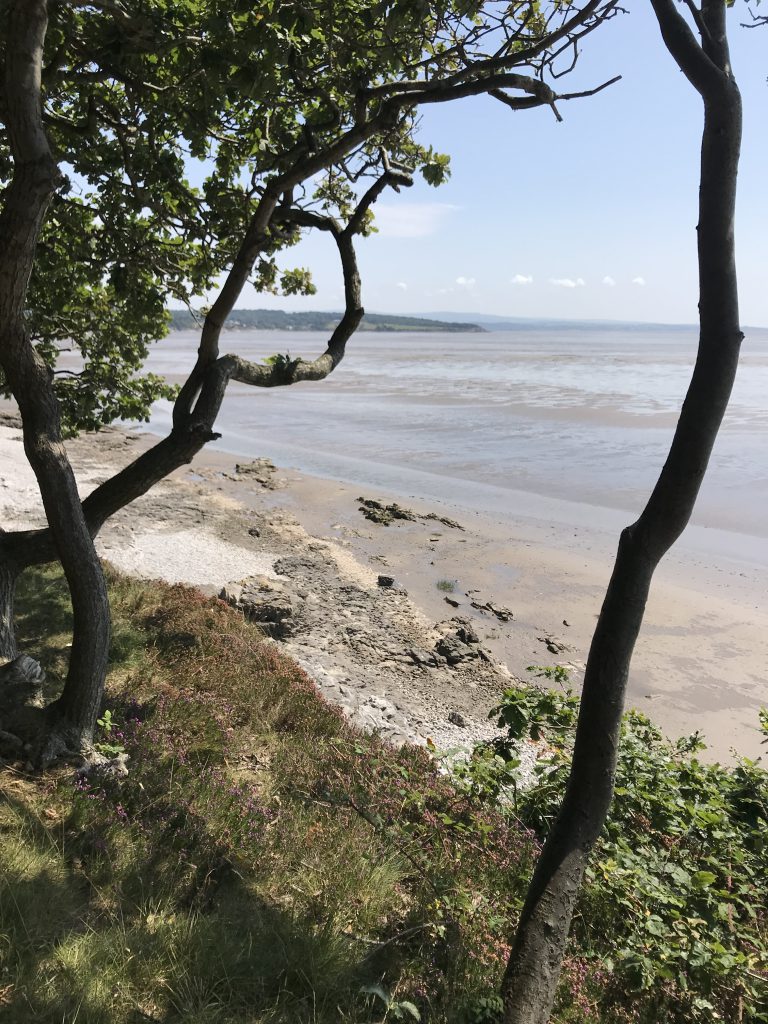 Our walk took us away from the water and up a little hill, but that gave us the opportunity to look at the channels from a different perspective. 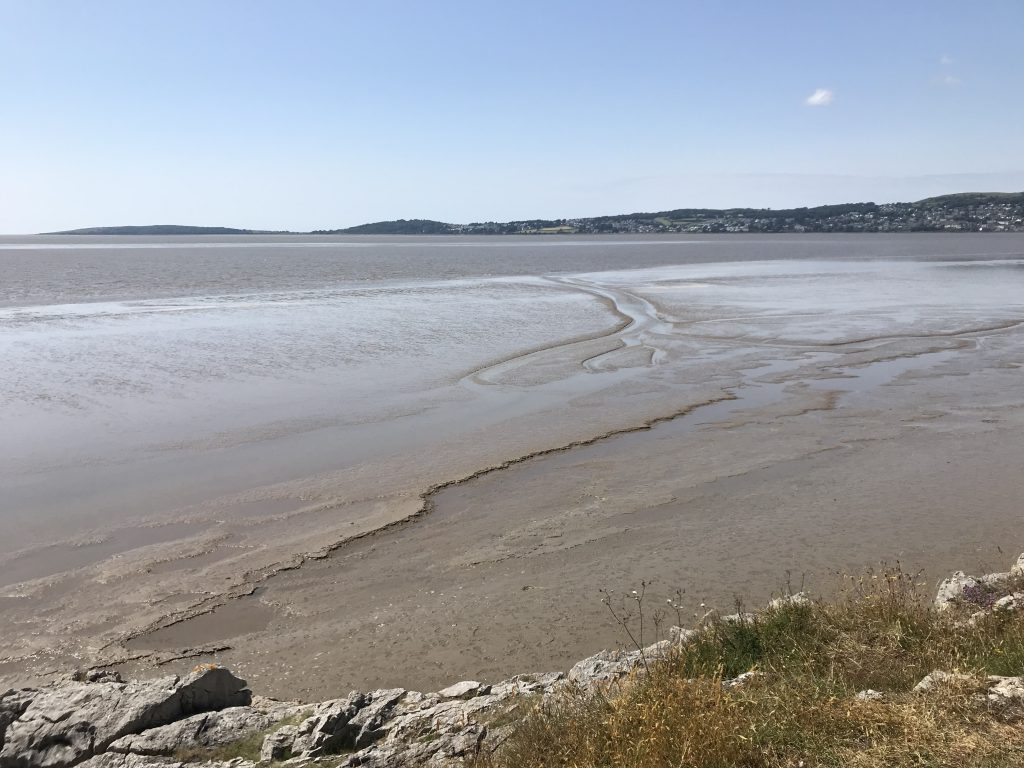 And even the whole estuary. Do you see the rail bridge below? That’s the one we saw in the very first picture of this post. 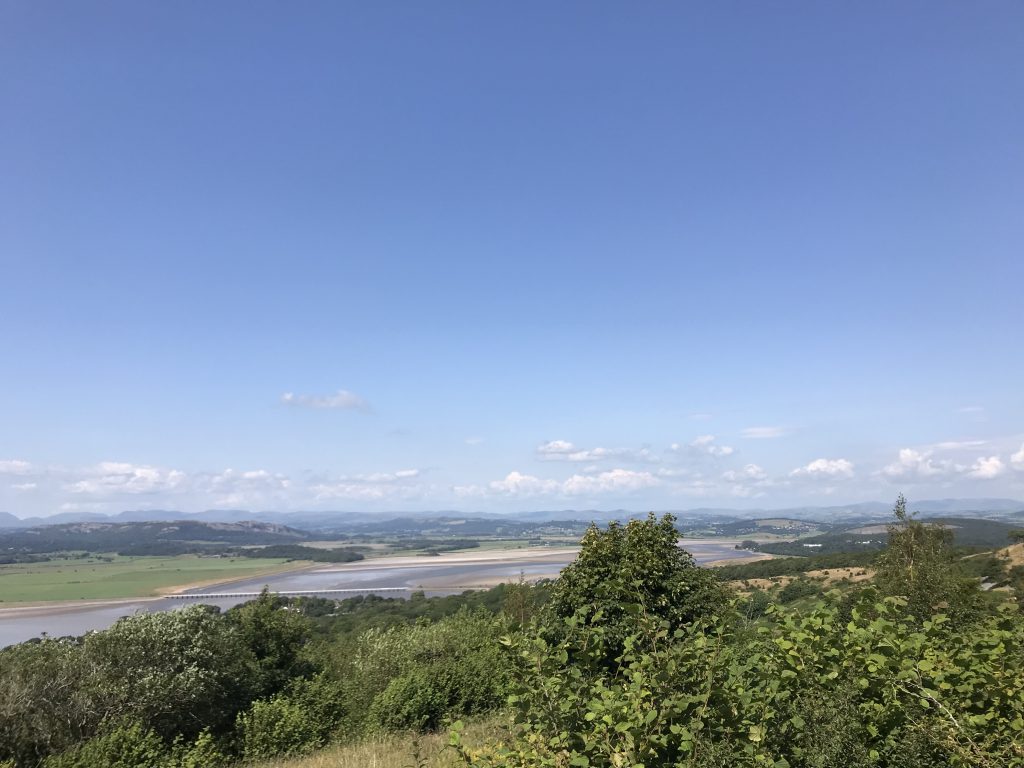 Back in Arnside, we are approaching low tide. Which means that we have lots of freshly exposed mud with new ripples in it, as well as still water running off it. Below you see a really cool turbidity current coming out of the channel with the seagull, going into the larger reservoir. See how it carries mud with it and how the channel is meandering and clearly changing right in that moment? 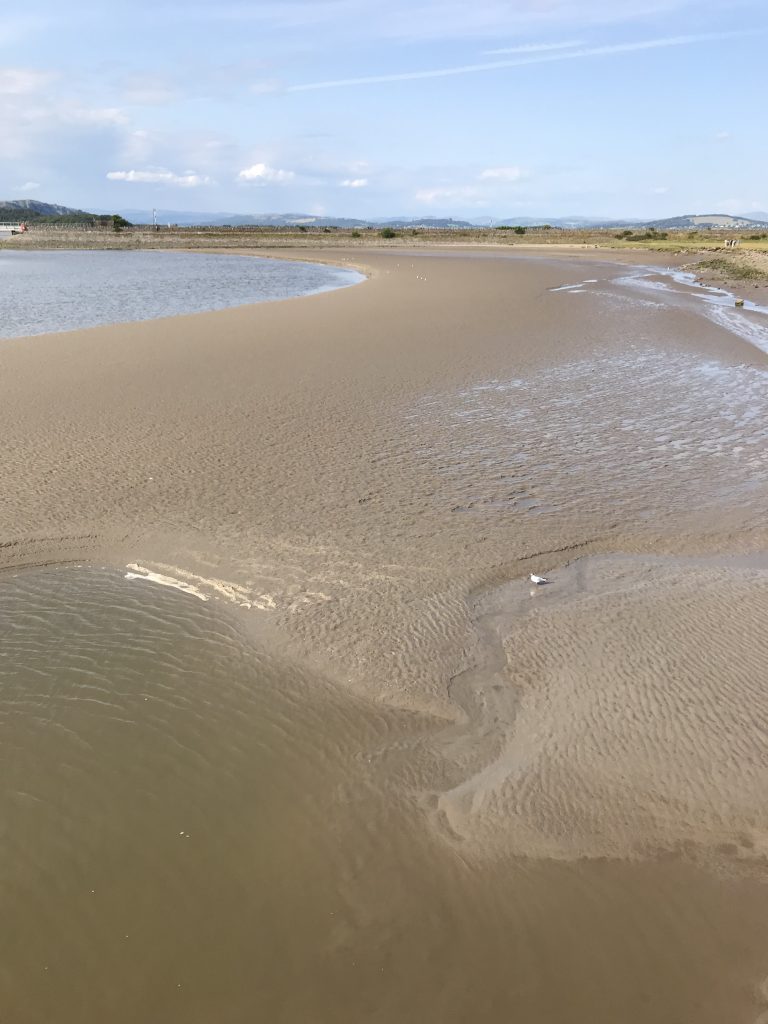 Another picture, just moments later, and already has the shape of the channel changed! 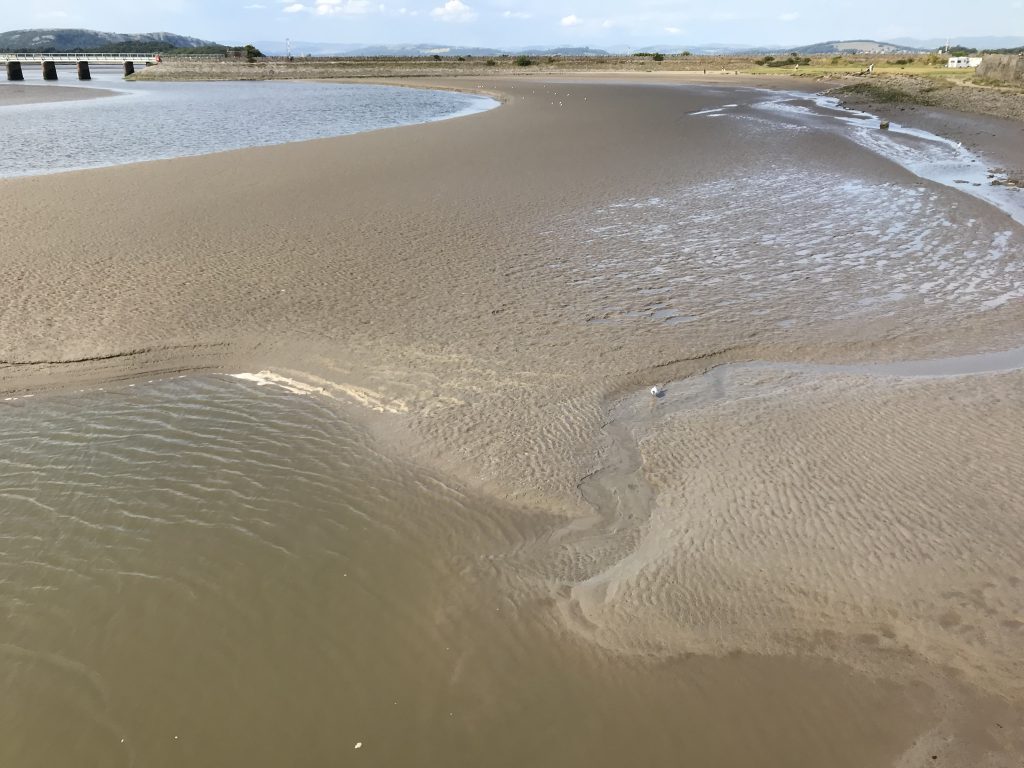 Or the edges of this little basin that get exposed little by little as the tide goes out. 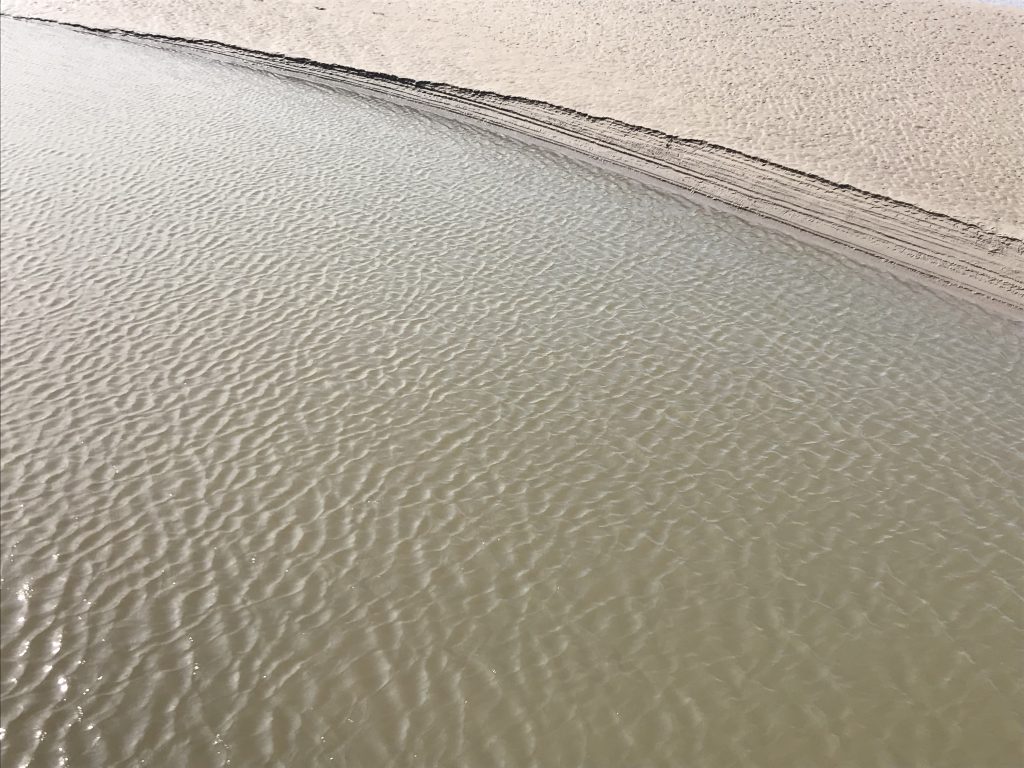 And then there is of course more wave watching to be done. See how this wave changes direction as it runs around the little headland? 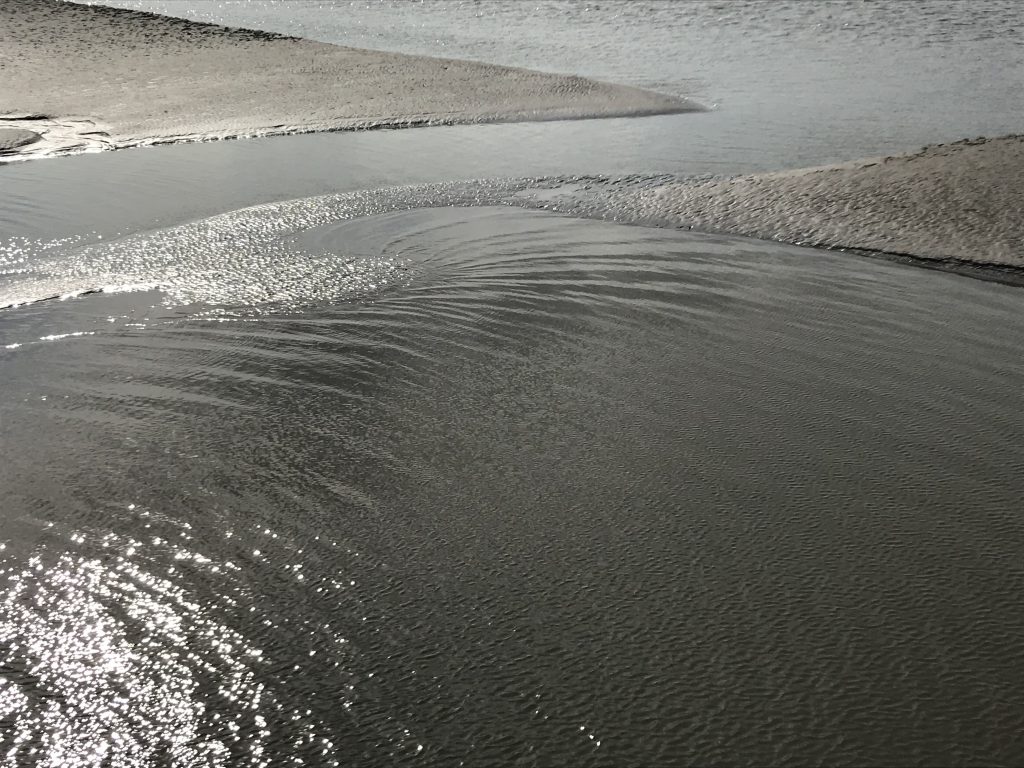 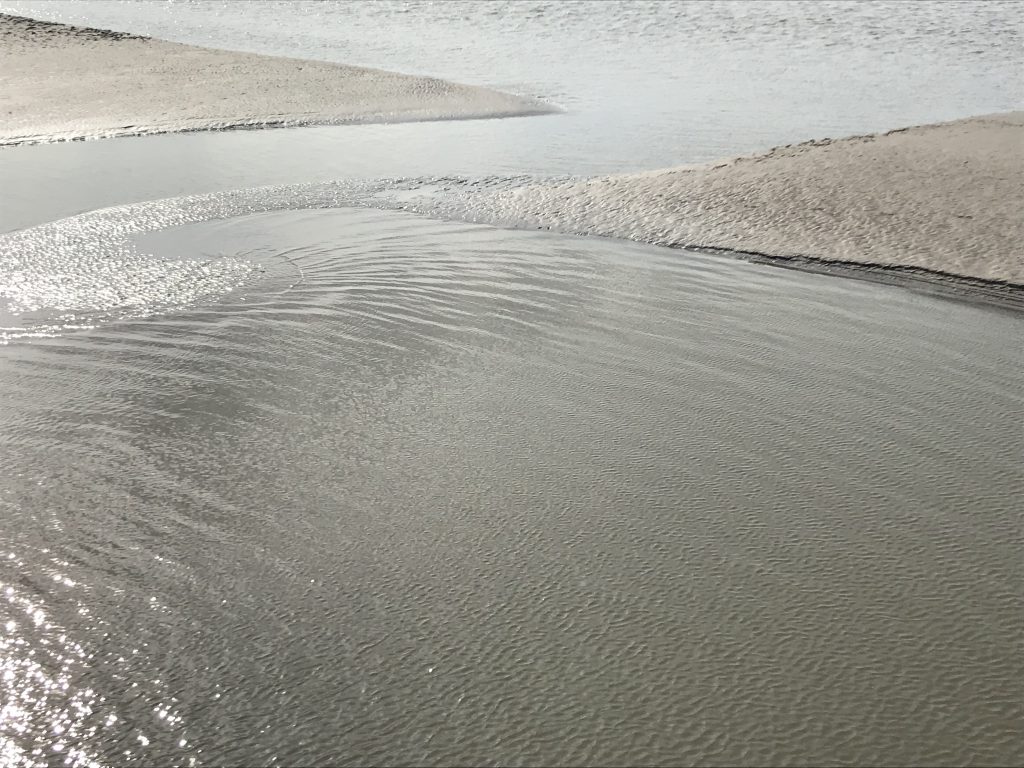 And thanks to two kids playing in the water, we get even more waves where they threw a ball into the little basin. 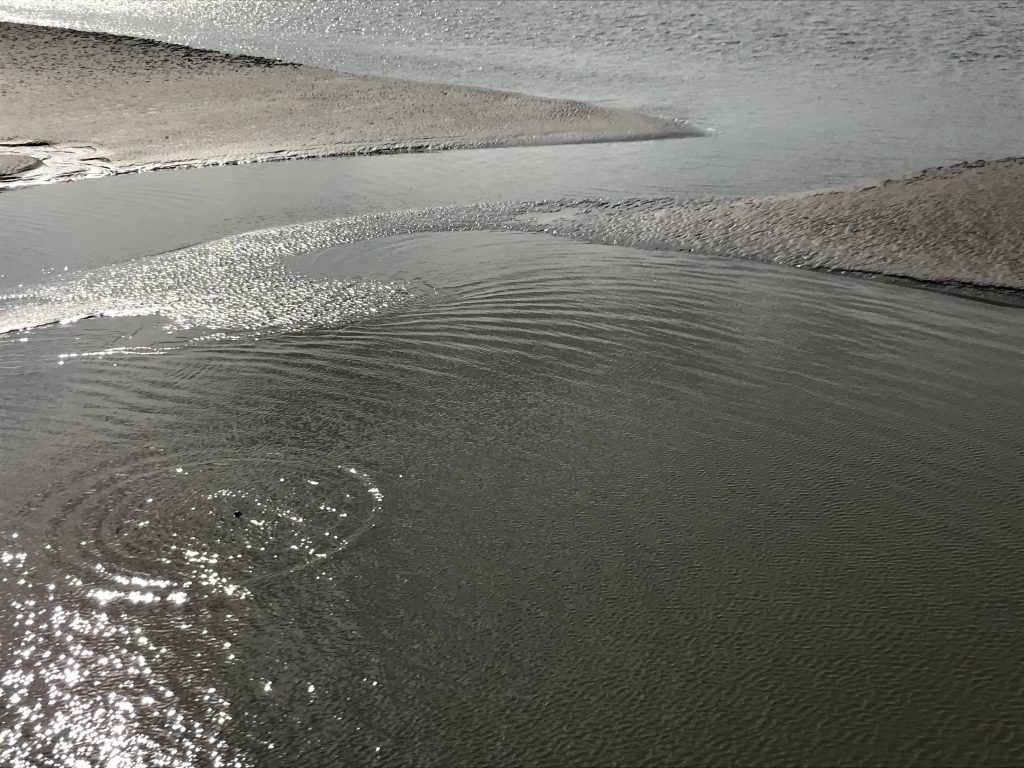 And those waves spread over time… 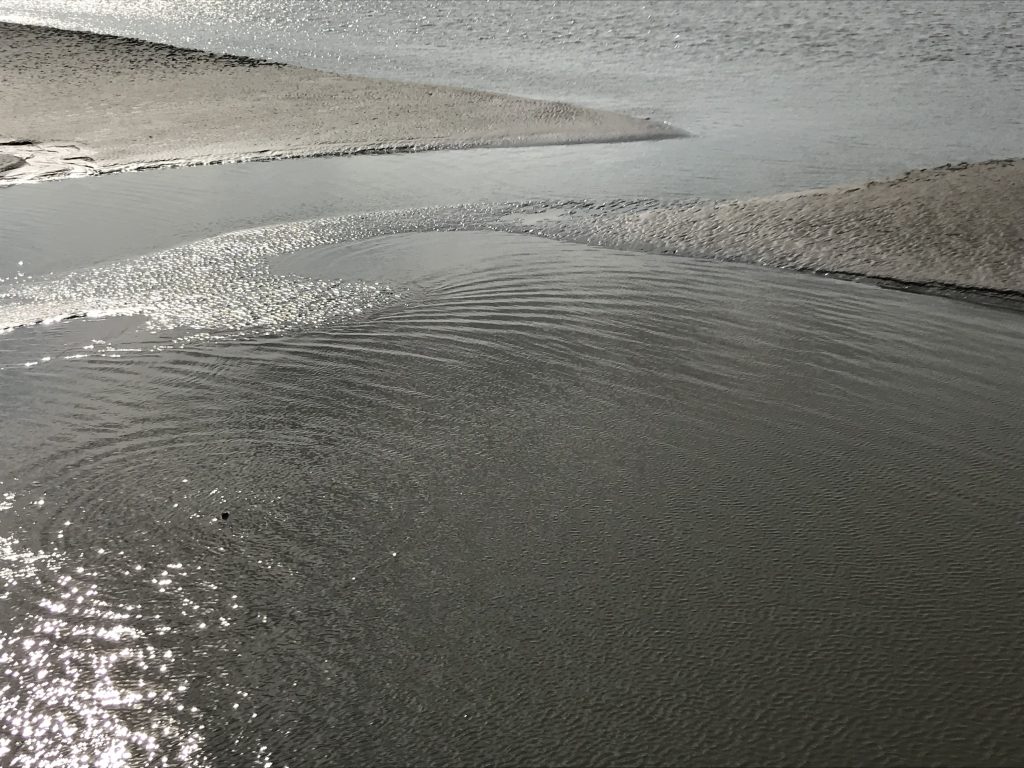 Checking in with the seagull and the turbidity current again. See how much dissolved mud is being washed out all the time? 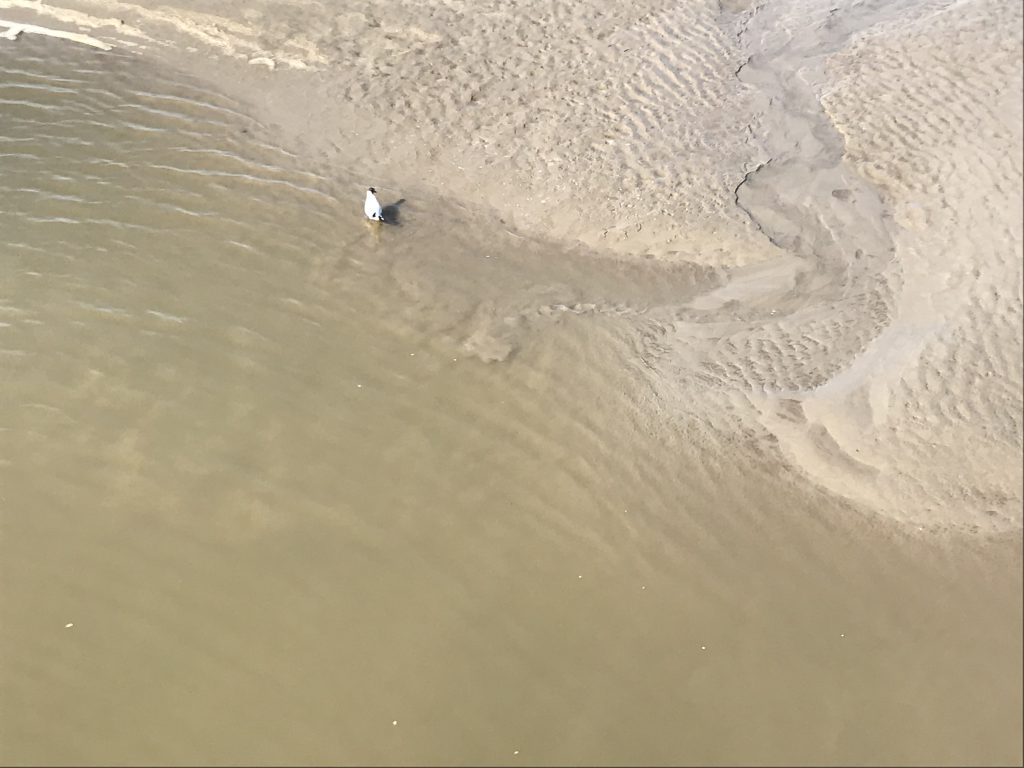 And as you might have guessed in a tidal river like river Kent — there is even more to see. Which is why we came back a couple of days later to see what all the warning signs were about… 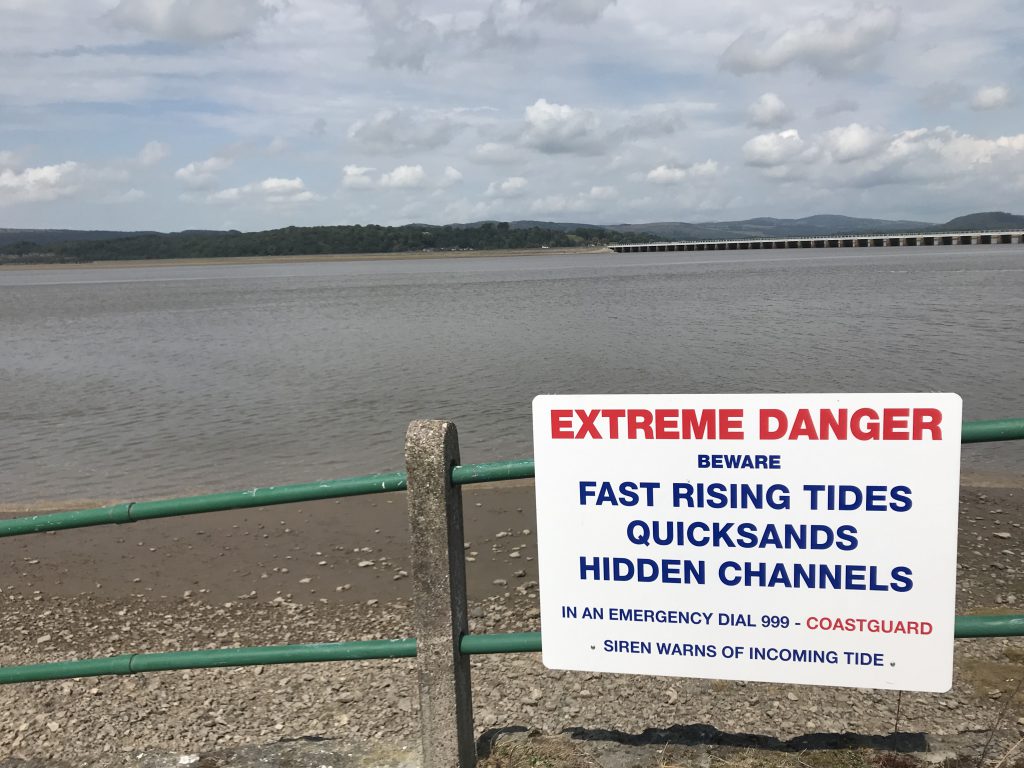 I’ll tell you about that tomorrow!

Related Posts to "Wave watching in and around Arnside":

2 thoughts on “Wave watching in and around Arnside”