Do you see those weird traces going away from us, perpendicular to the wave crests, but in parallel to the bright stripes on the sea floor (I talked about those in yesterday’s post), looking almost like waves but not quite? What’s going on there? 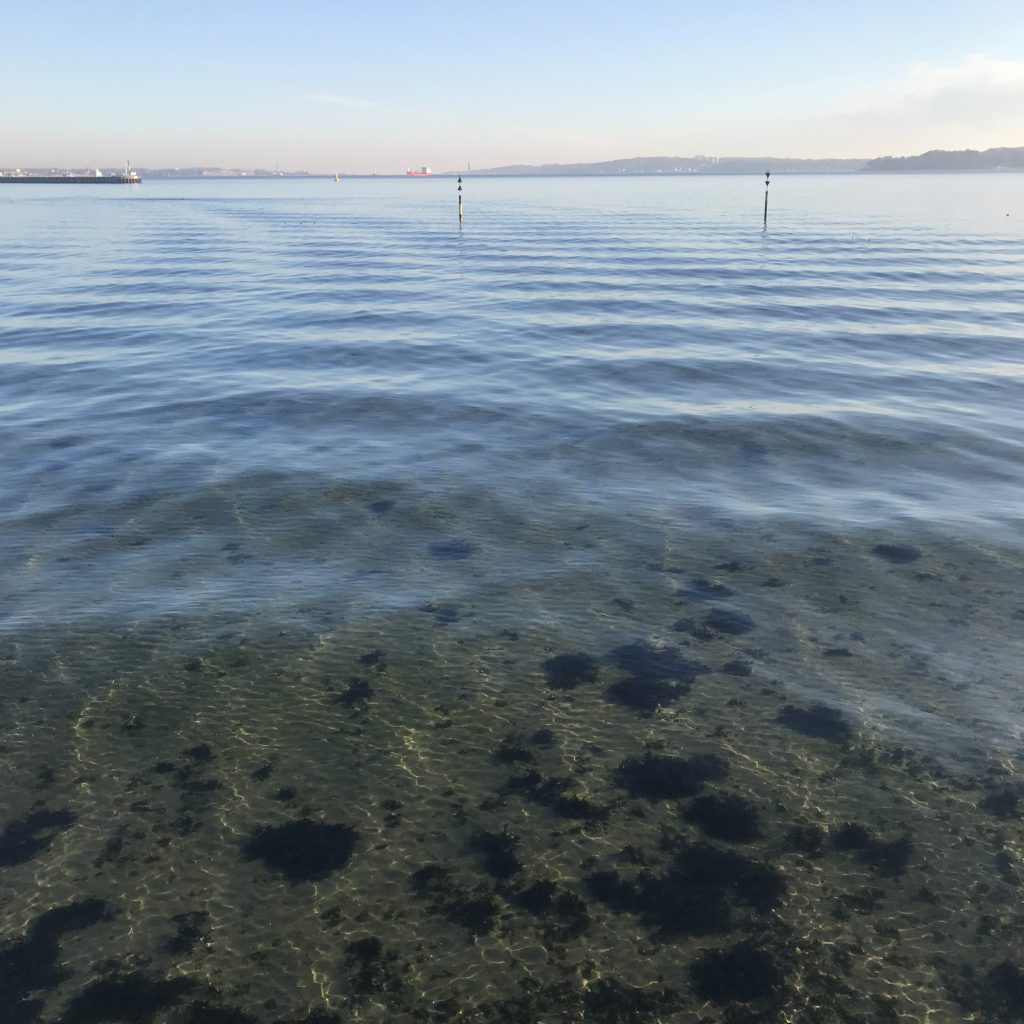 In the gif below, I have drawn in several things. First, in red, the “weird” tracks that we are trying to explain. Then, in green, the crests of two different wave fields that are at a slight angle to each other. I’m first showing one, then the other, then both together. Lastly, I am overlaying the red “tracks”.

So this is what those tracks are: They are the regions where one of the wave fields has a crest and the second one has a trough (i.e. where we are right in the middle between two consecutive crests). What’s happening is destructive interference: The wave crest from one field is canceled out exactly by the wave trough of the other field, so the sea level is in its neutral position. And the wave fields move in such a way that the sea level stays in a neutral position along these lines over time, which looks really cool:

Some more pics, just because they are pretty and I like how they also show total internal reflection :-) 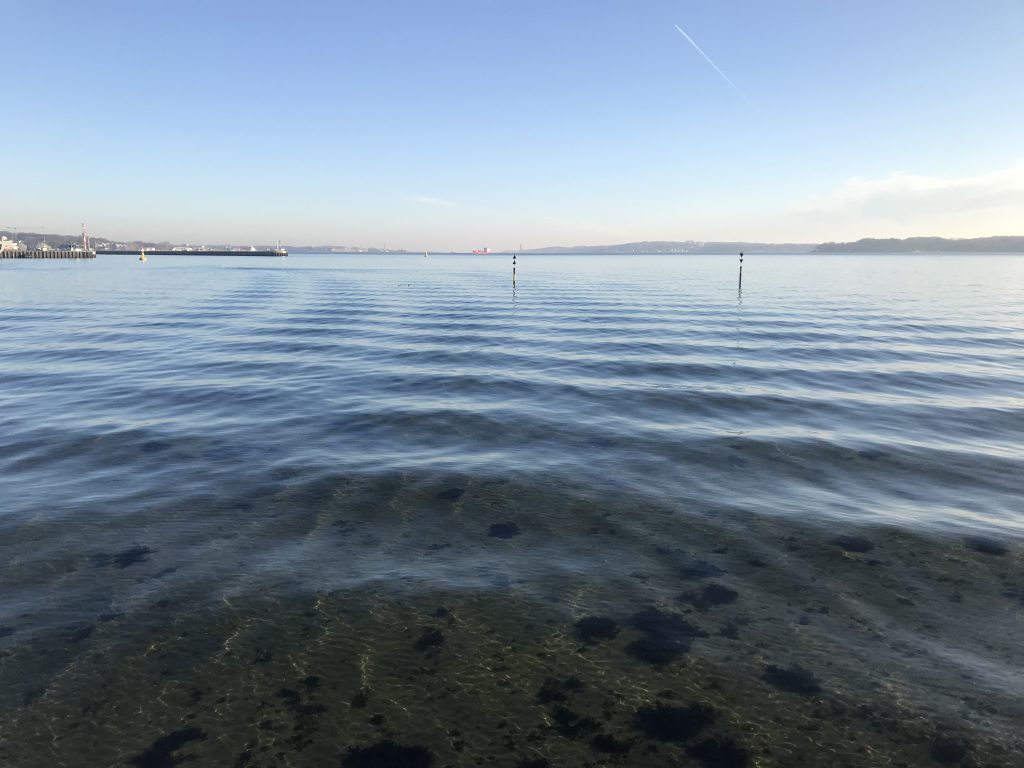 And don’t you just love the play of light on the sea floor? 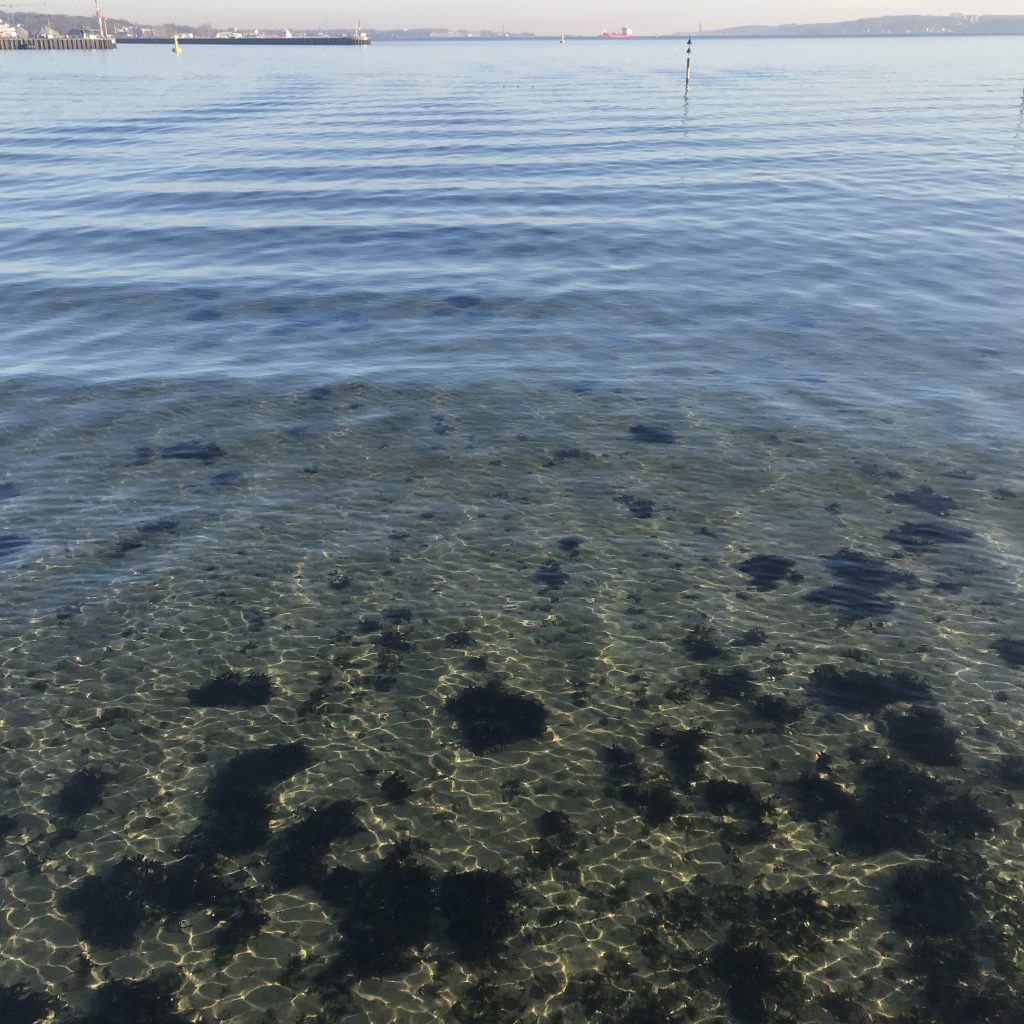