It has been a long time in the making, but finally we have a nice fjord circulation in our tank!

Pierre and I tried to improve it 6 years ago, Steffi, Ailin and I have been working on it for a couple of days last August, then finally this morning, Steffi and I tried again — and it worked beautifully right away! 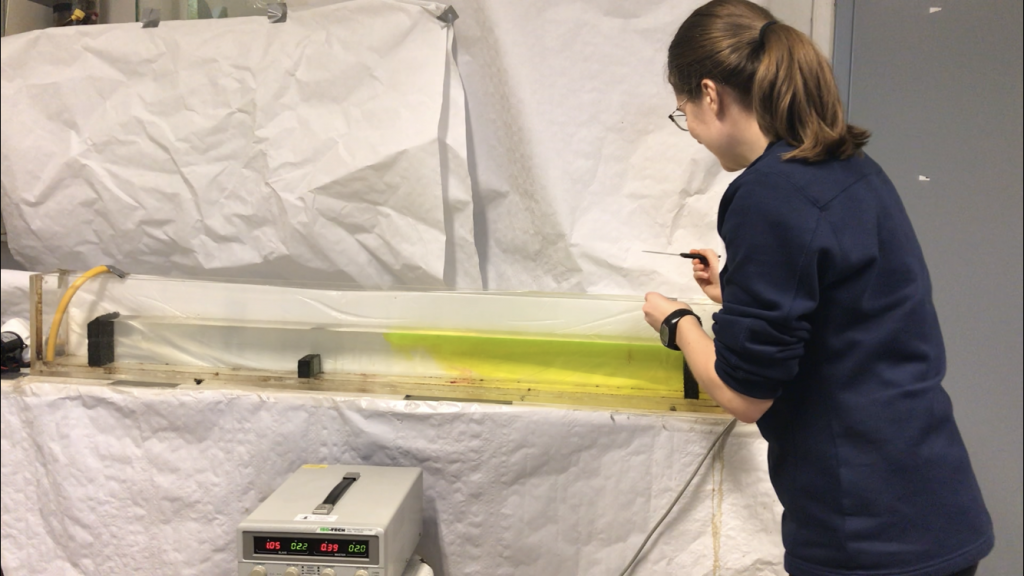 We now have an experiment that shows how a fresh, yellow inflow (representing the freshwater input into fjords close to their heads by rivers) flows over a initially stagnant pool of salt water. As the freshwater plume flows out of the fjord, it entrains more and more salt water from below, thus thickening and setting up a return flow that brings in more salt water from the reservoir (representing the open ocean) on the right.

We drop dye crystals to visualize the surface current going out of the fjord and the return flow going in, and draw the profiles on the tank to be able to discuss them later. 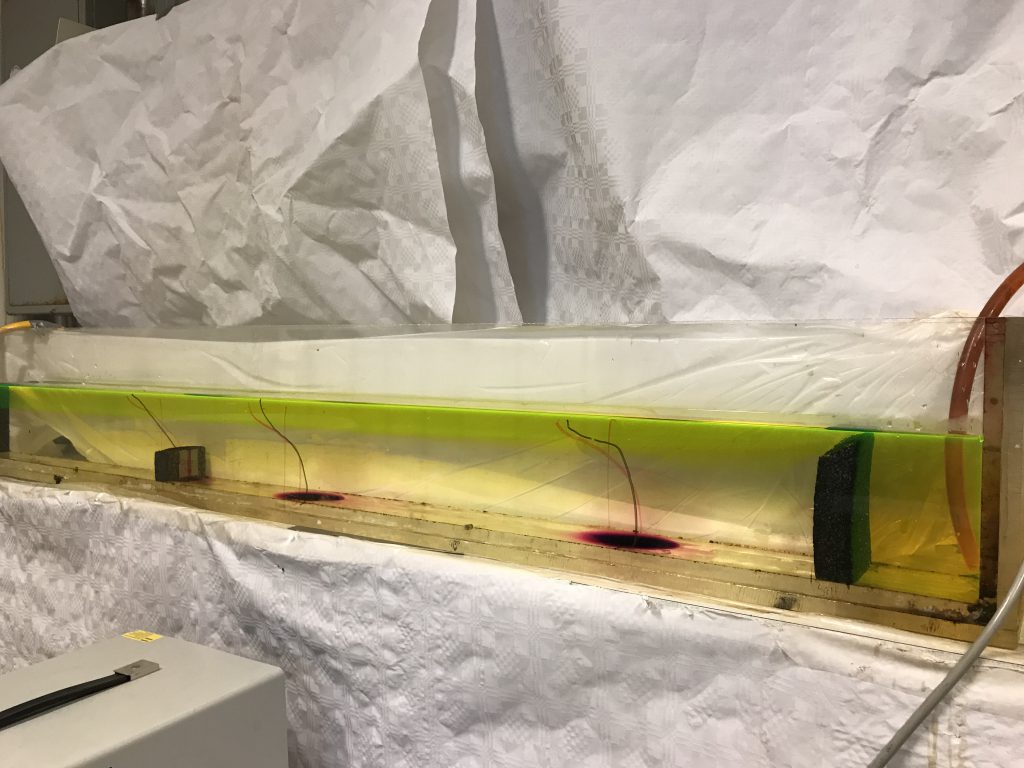 Here is a movie of the whole thing:

But there is more to see!

When tipping the tank to empty it, a lot of turbulence was created at the sill (see movie below). While a fjord typically isn’t tipped very often, what we see here is basically what tides do on the sill (see the waves that keep going back and forth over the sill after the tank is initially lifted? Those are exactly like tides). This could purposefully integrated in teaching rather than only happen by accident, those waves could be created just by surface forcing rather than by tipping the tank. That’s a very nice demonstration to explain high mixing rates in the vicinity of steep topography!

And then there is also the issue of very low oxygen concentrations in some Norwegian fjords, and one proposed solution is to bring the river inflow deep down into the fjord. The idea is that the less dense river water will move up to the surface again, thereby creating mixing and oxygenating the stagnant deep water that, in some cases, hasn’t been renewed in many years.

We model this by putting the inflow (the hose) down into the tank and see the expected behaviour. What we also see: Since the water has a quite strong downward component as it enters the fjord, it stirs up a lot of old dye from the bottom. So possibly something to be aware of since there might be stuff dumped into fjords that you might not necessarily want to stir up… 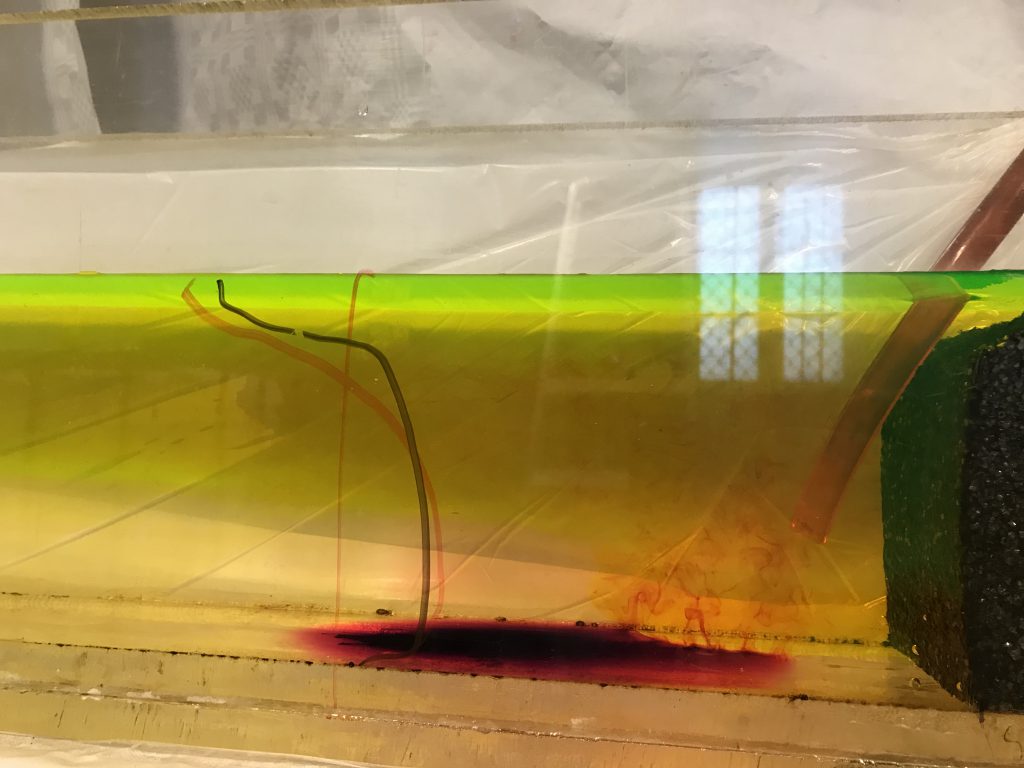 And last, not least, a bonus picture: This is how we measure temperature at GFI. You would think it should be possible to find a smaller thermometer that isn’t an old reversing mercury one? But in any case, this worked very well, too :-) 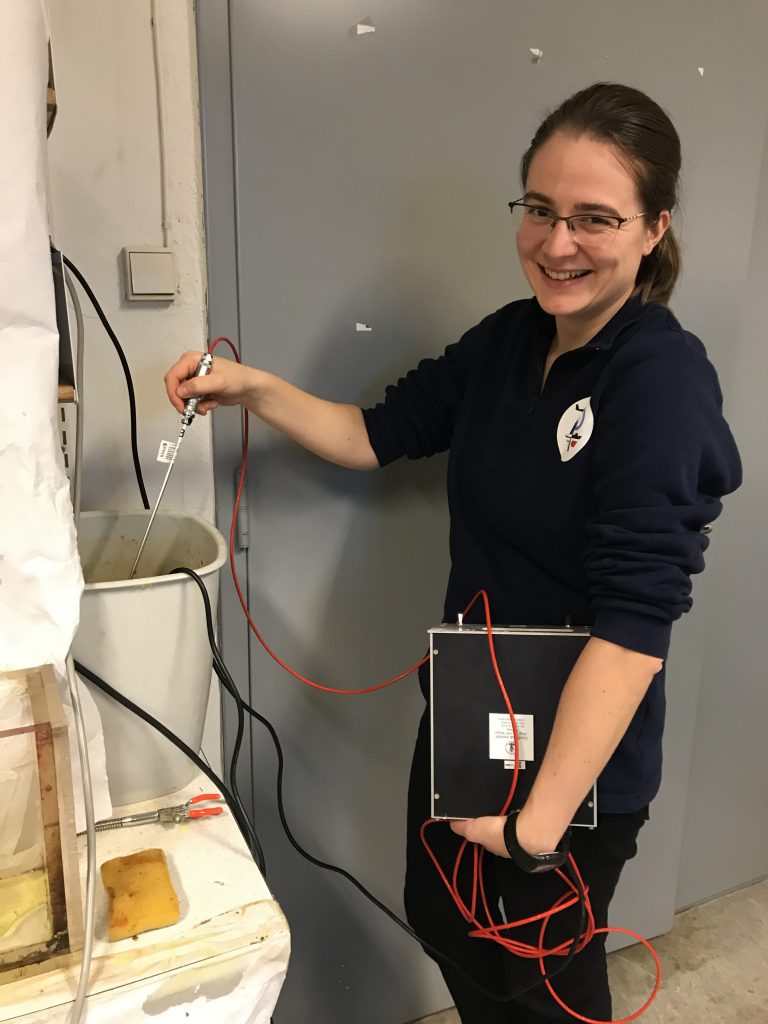 Related Posts to "Tank demonstration of the circulation in a fjord":

1 thought on “Tank demonstration of the circulation in a fjord”