Wave watching from high up gives you a whole new perspective on wakes, and depending on the lighting, features in the wave field become more prominent or fade away.

See for example below the ferry: You very prominently see the turbulent wake right behind the ship, and you see the waves of the wake opening up in a V-shape. 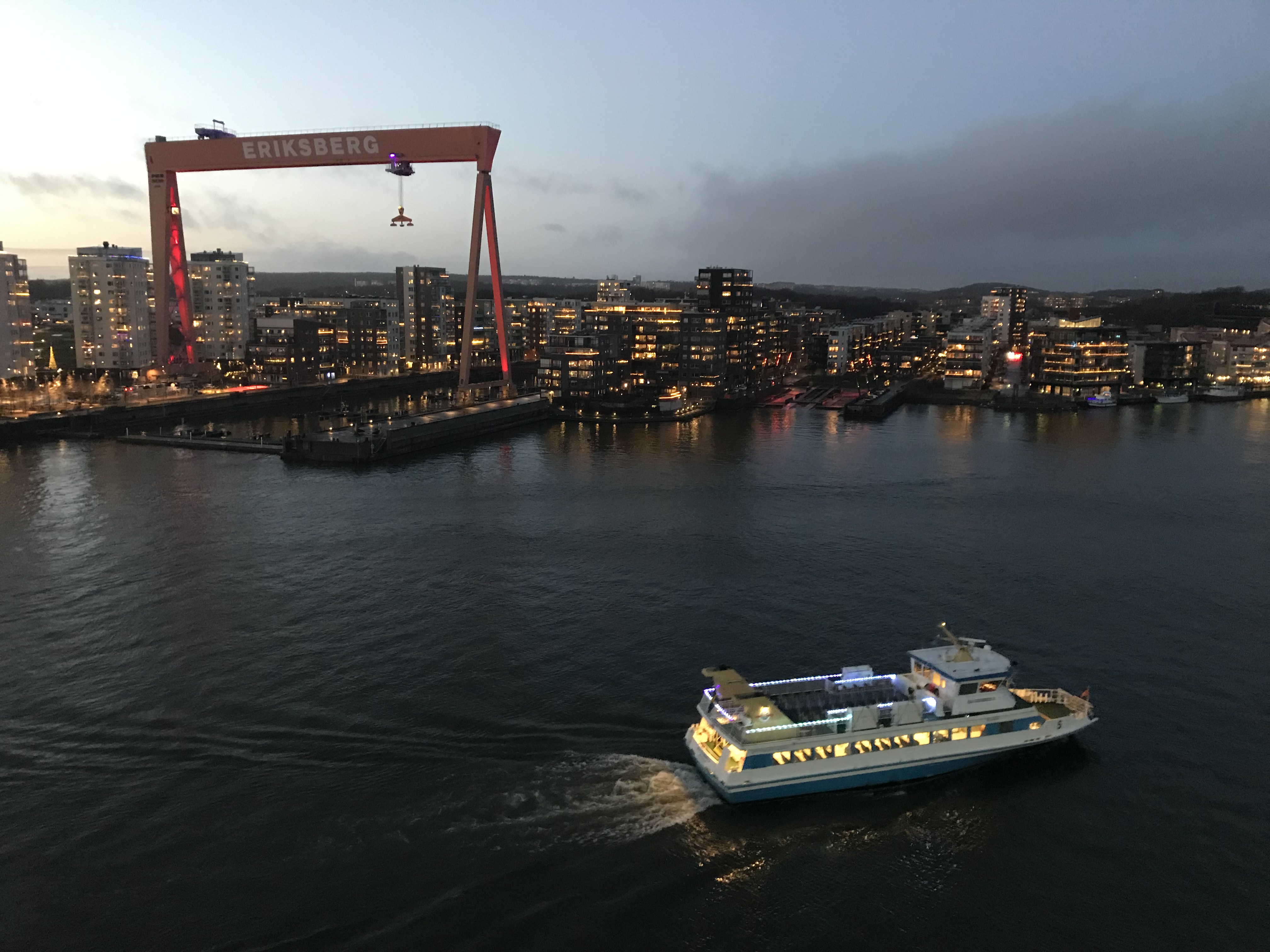 Above, there is still a lot of ambient light from the sky. Below though, the same ferry, similar spot, 30 minutes later: The turbulence is a lot harder to see since colors fade away, but the V-shaped wake becomes really clear since one slope of the waves reflects the city’s lights while the other reflects the darkness. 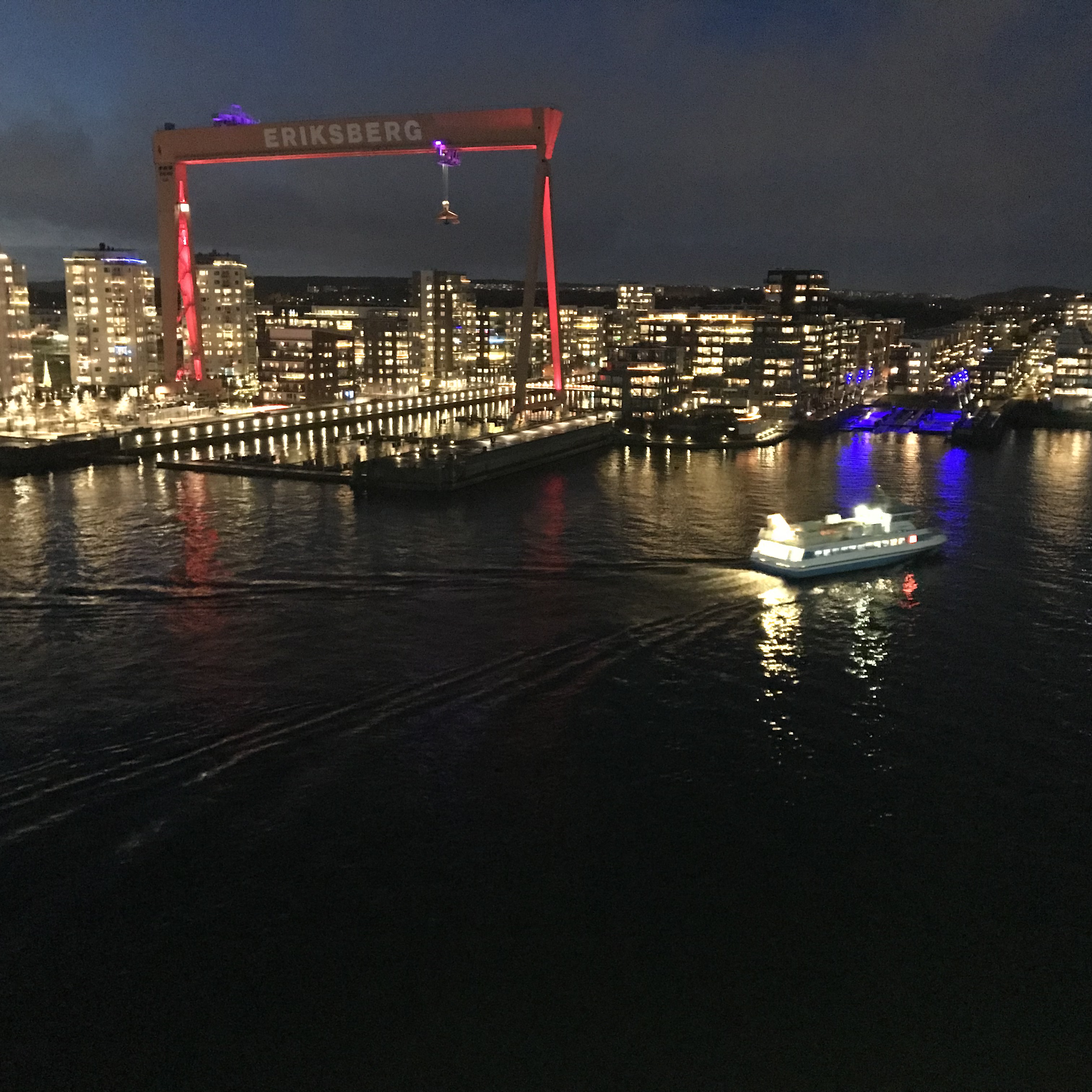 Another ferry coming in, another wake… Below the surface roughness becomes clearly visible with the turbulent wake right behind the ferry and the bow waves fanning out. 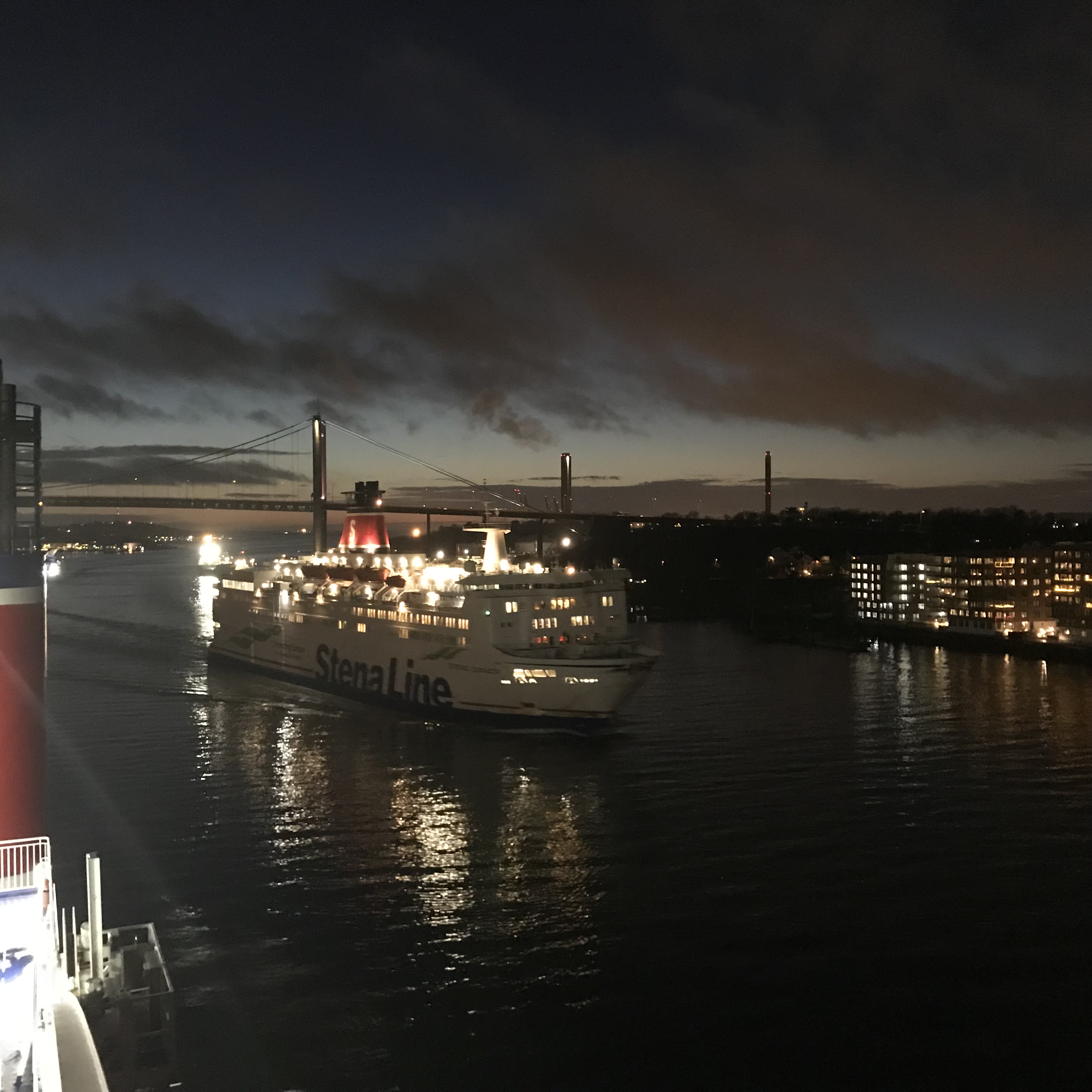 That was one brilliant mini cruise! Thanks for joining me, Frauke, and for staying out on deck with me — despite the freezing temperatures — until we were far out of the port and the light was gone completely. The sacrifices we bring in order to wave watch… ;-) 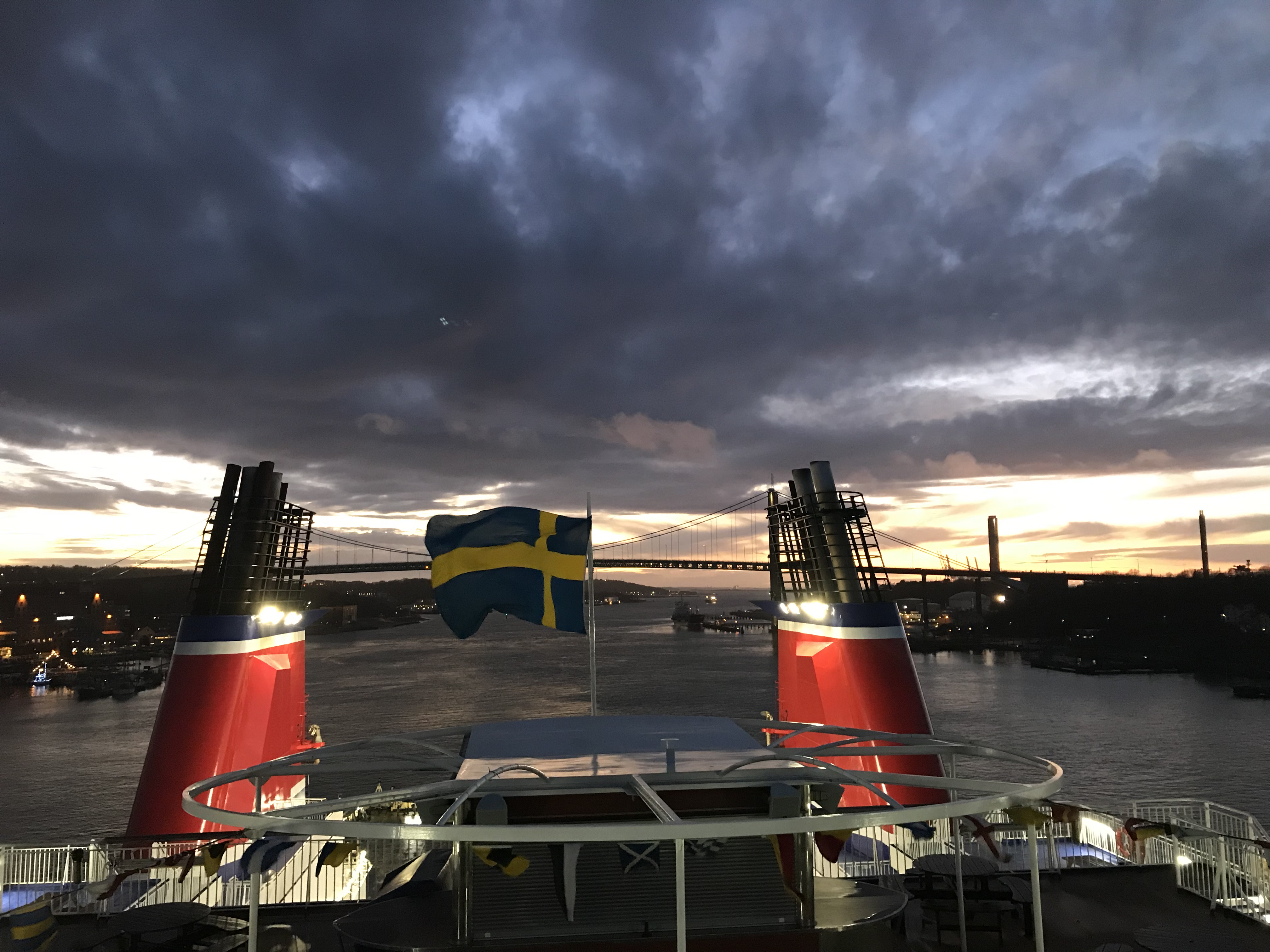