Last night it rained a lot. So the first thing to do this morning was to check what that had done to my green lake! 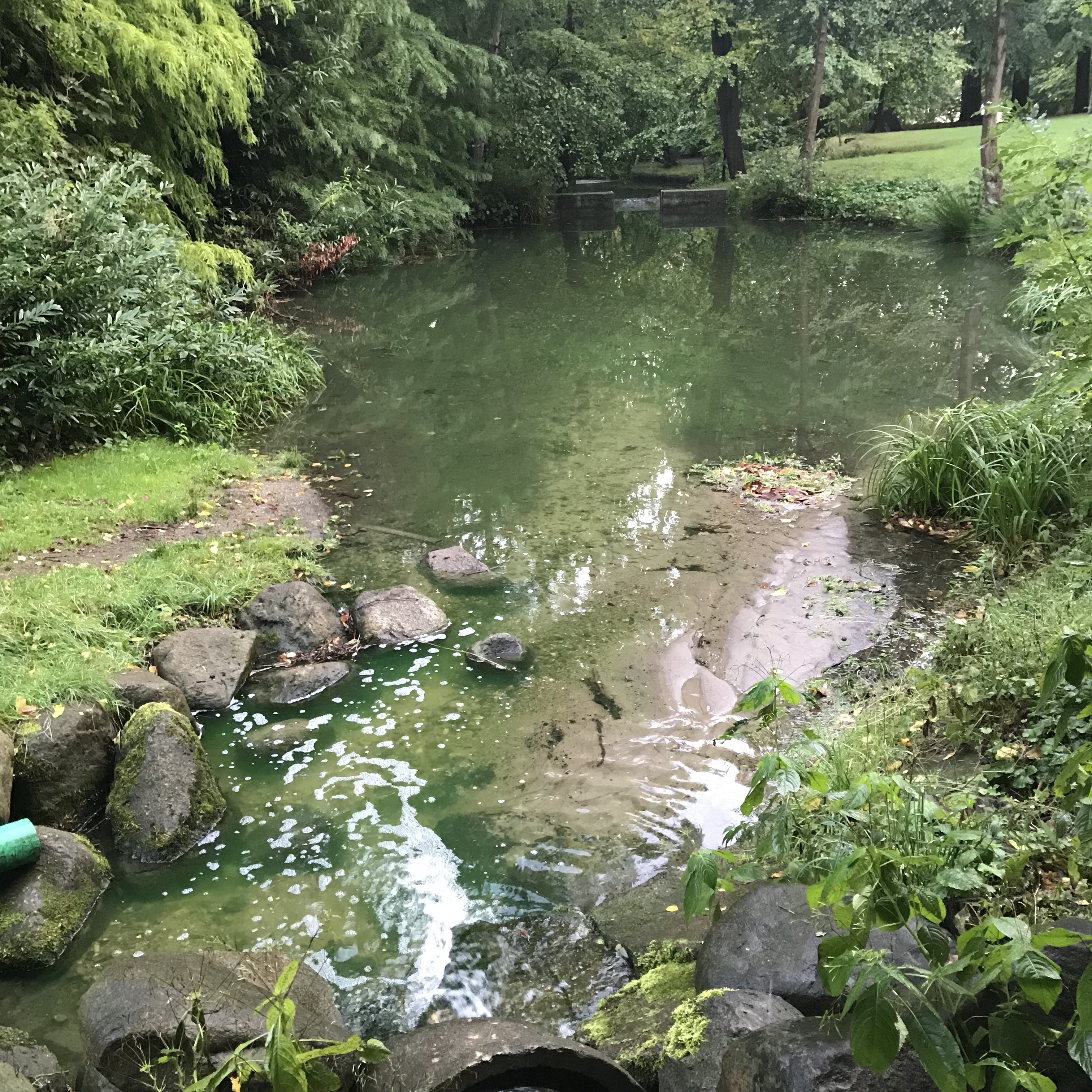 The dye is now a lot more diluted, but overall it still looks surprisingly green seeing that there is a lot of rain water draining into the lake. To give you an idea of how much more water is going through now than when I last showed pictures of the green stream: Look at how clearly you see the inflow into the lake in the picture above! And remember the little waterfall in the picture below? There is a lot more flow now. 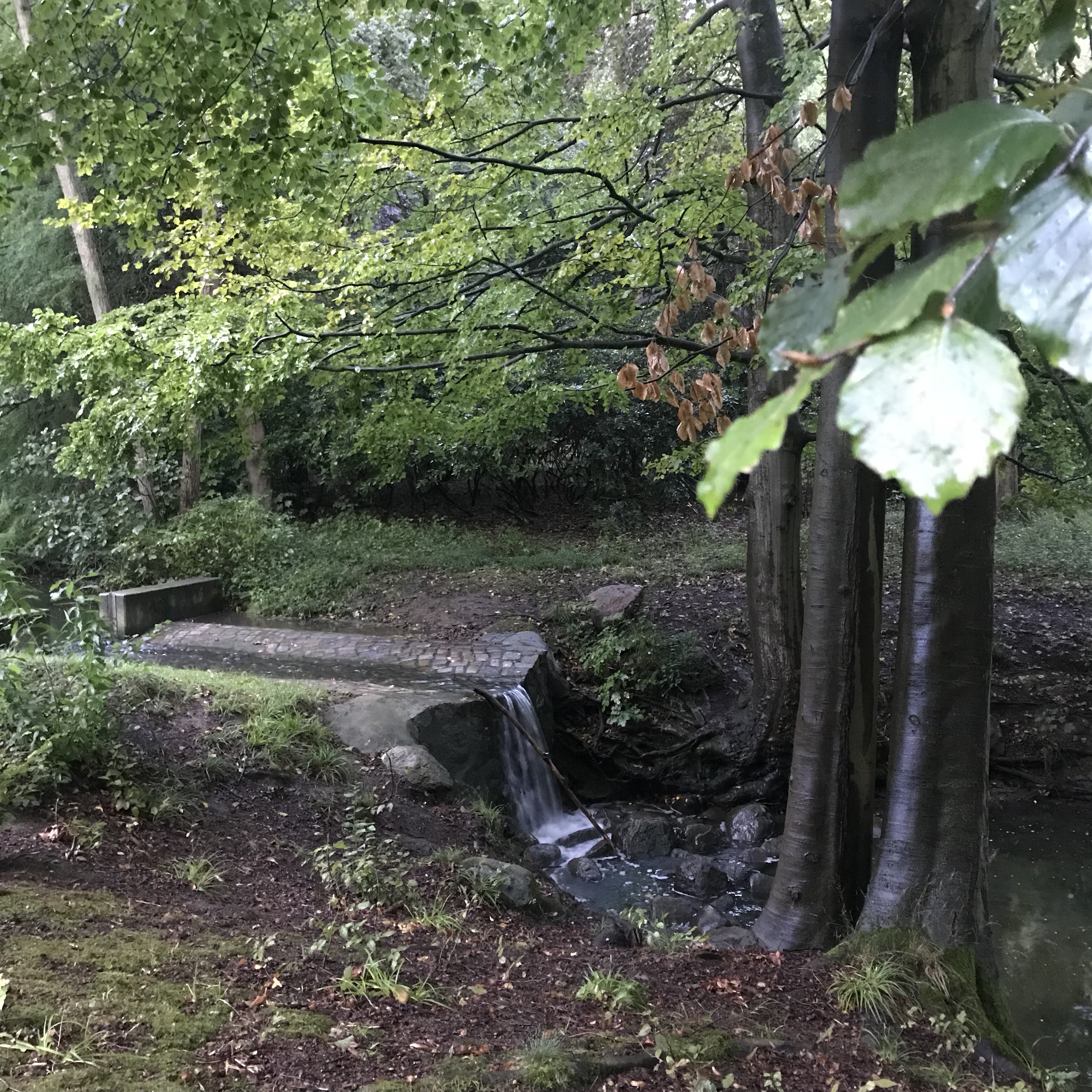 Another thing that has gotten a lot easier to see now is where the dye goes into the Kiel fjord. Because the flow rate is a lot higher, so the flow itself is clearly visible, independent of the tracer, but also because … well, there isn’t a lot of water left in Kiel fjord!

This is what it looks like this morning: That little stream is water from the lake going into the fjord. Usually there is about a meter more water here! 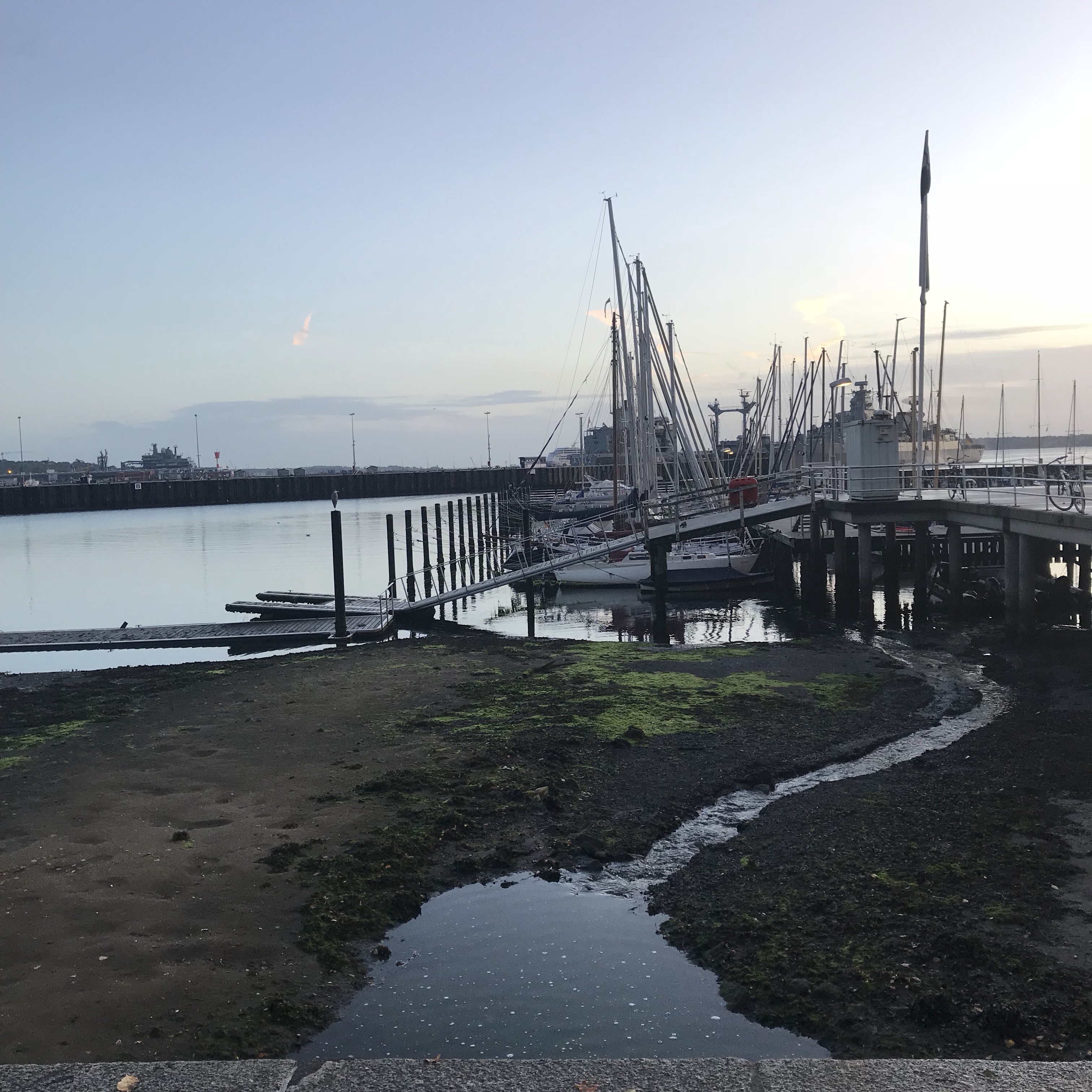 It looks actually pretty cool to see exactly what the sea floor looks like. 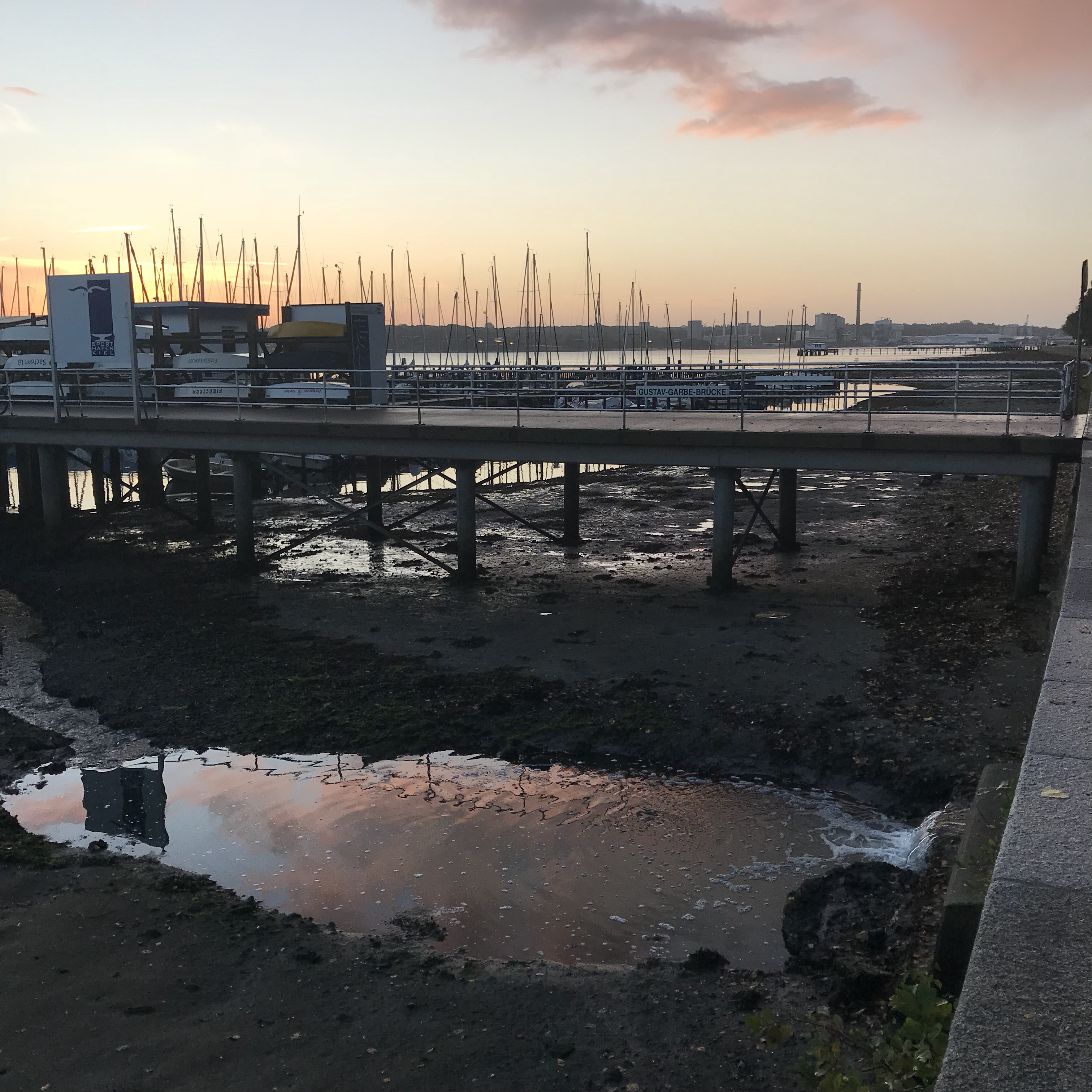 Even though there are no tides in the Baltic (well, hardly any), we do have some large changes in water levels sometimes. They are due to changes in wind or pressure; in this case there was a lot of wind last night that pushed a lot of water out of the Kiel fjord into the Baltic. 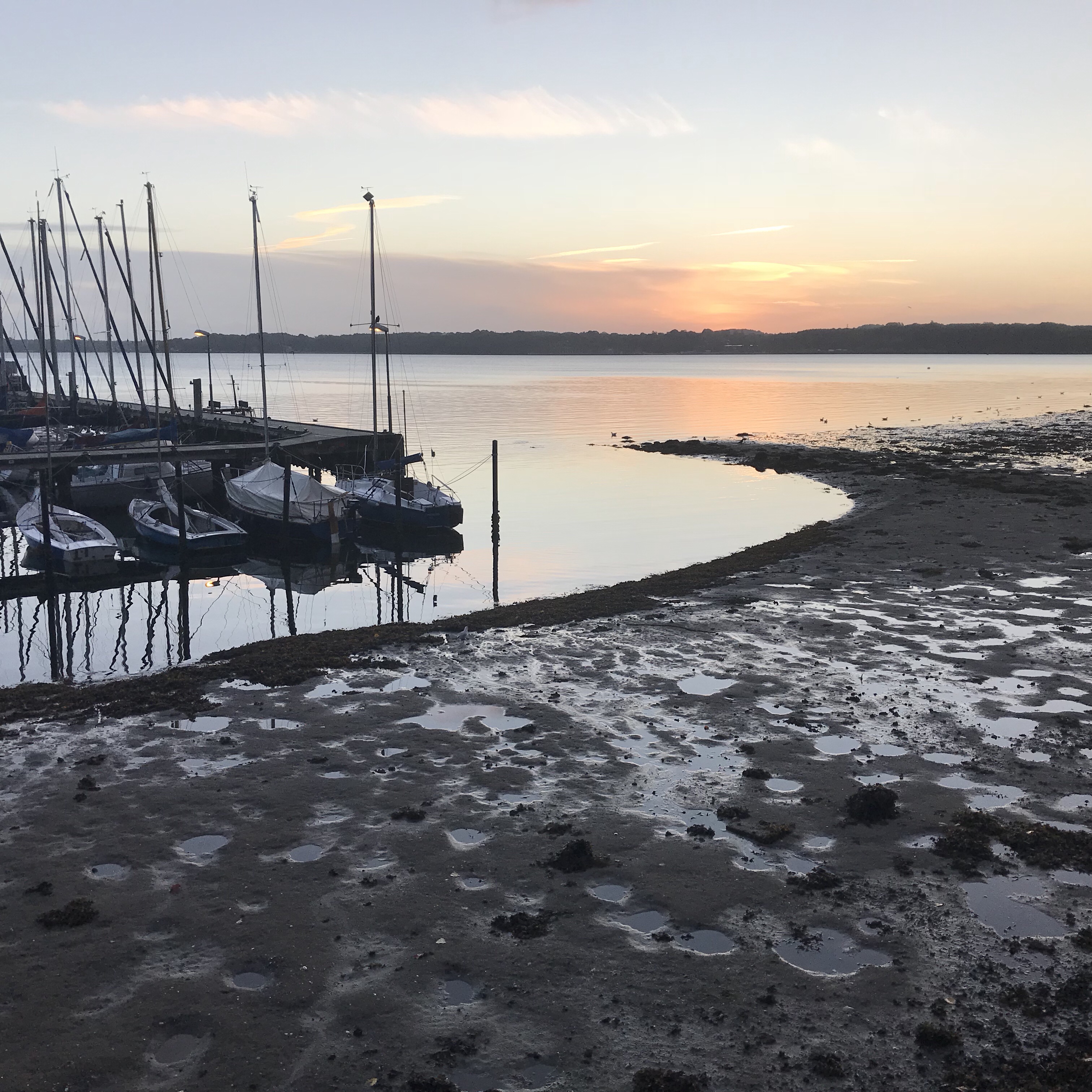 What typically happens now is that this water doesn’t stay away indefinitely, but once the winds stop, forms a “seiche”, a standing wave, with a period of a little more than a day. 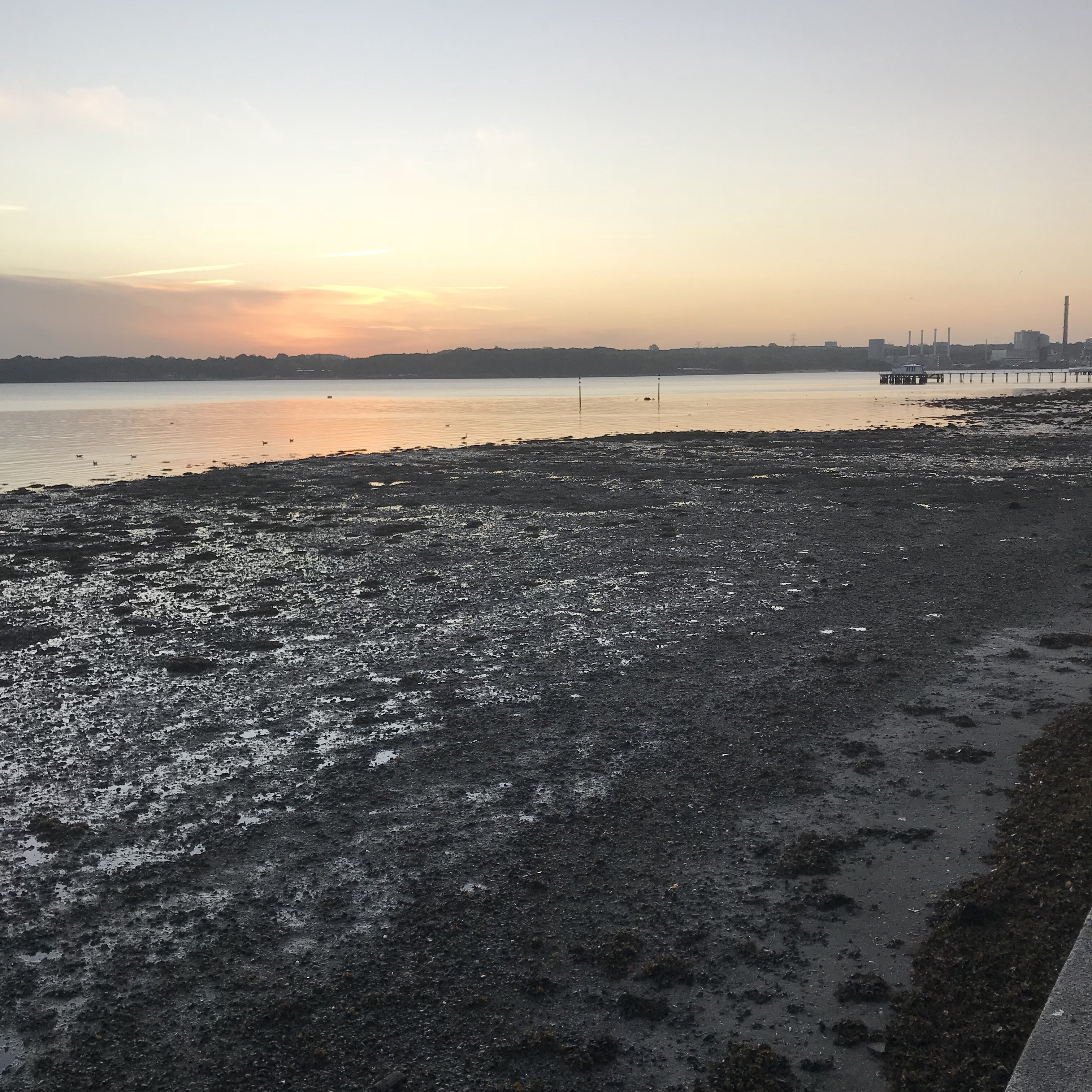 Of course I am going to check if there is water back by tonight, and then gone again tomorrow morning! Assuming, of course, that the winds stay calm. Otherwise that would influence where the water goes, too. 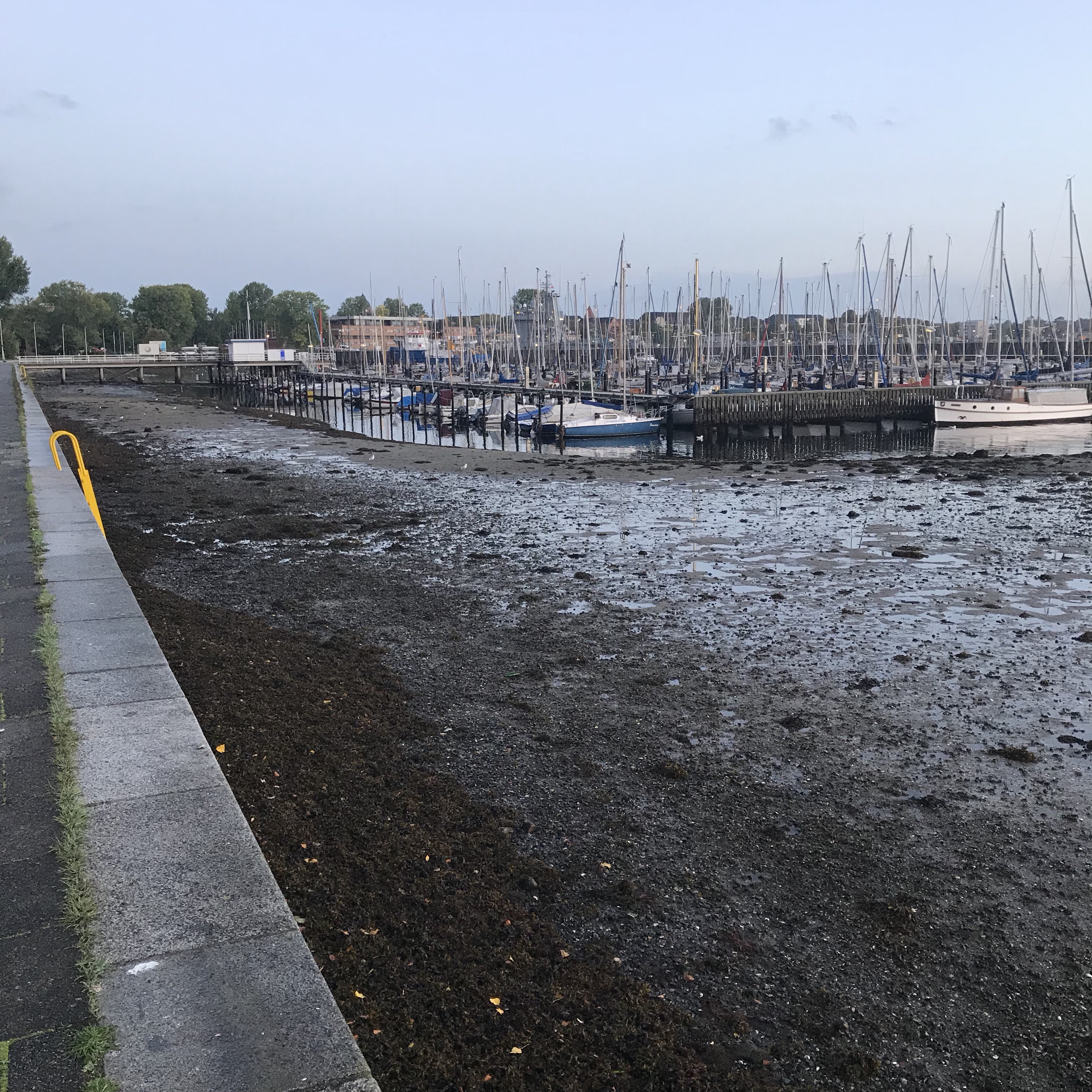 What I found really interesting, too, is that I saw a lot of herons now that I’ve hardly ever seen in this part of Kiel fjord before. It makes sense — usually there is too much water so they have nowhere to stand — but it was still weird to see five at once, and more as I walked along the fjord. 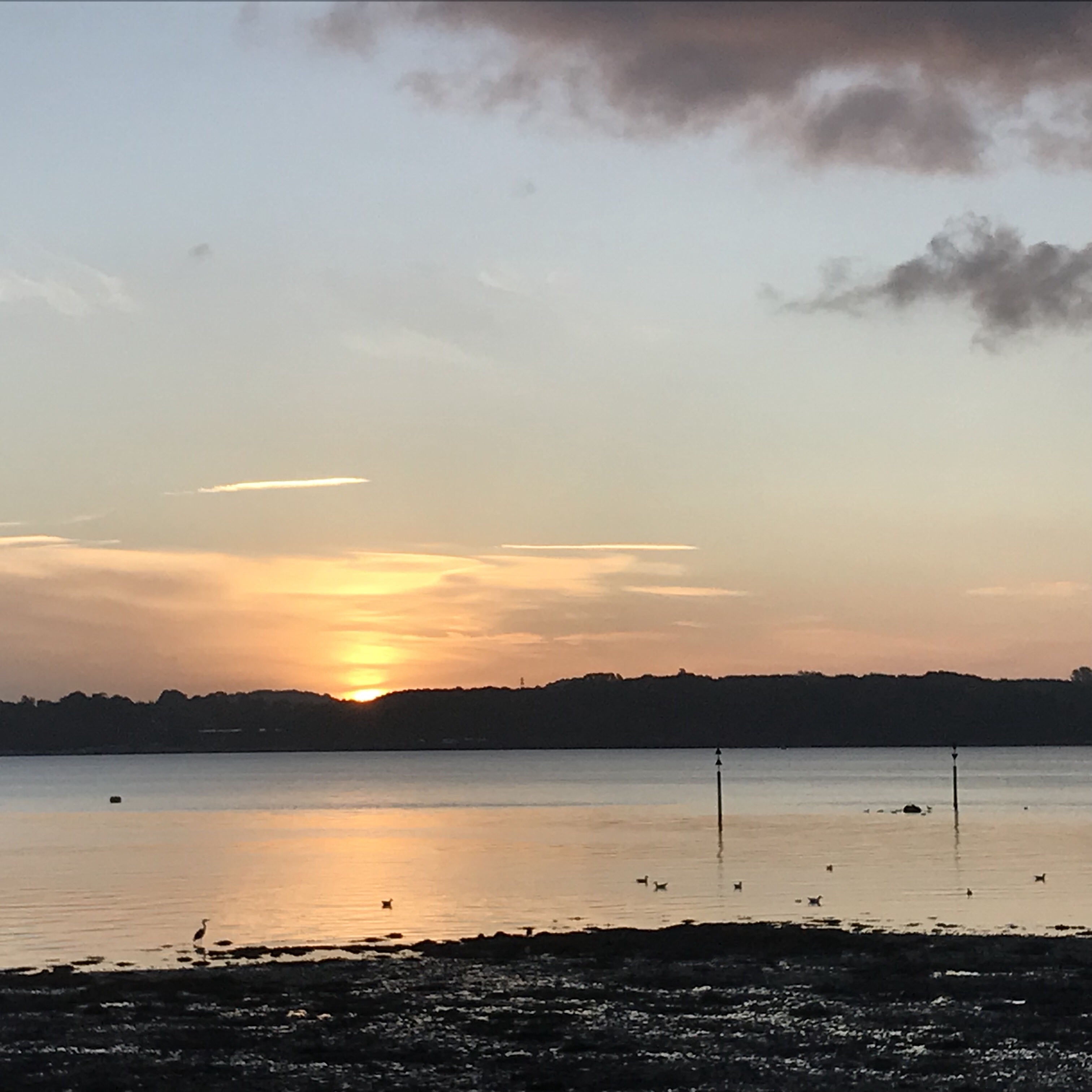 And — at last! — it was possible to see from land what those two sticks in the water are warning about: The stone in the middle! I had never actually seen that before. Now I know! And now the water can come back; wave watching is more fun when the waves have slightly shorter periods than the seiche’s 27 hours… ;-) 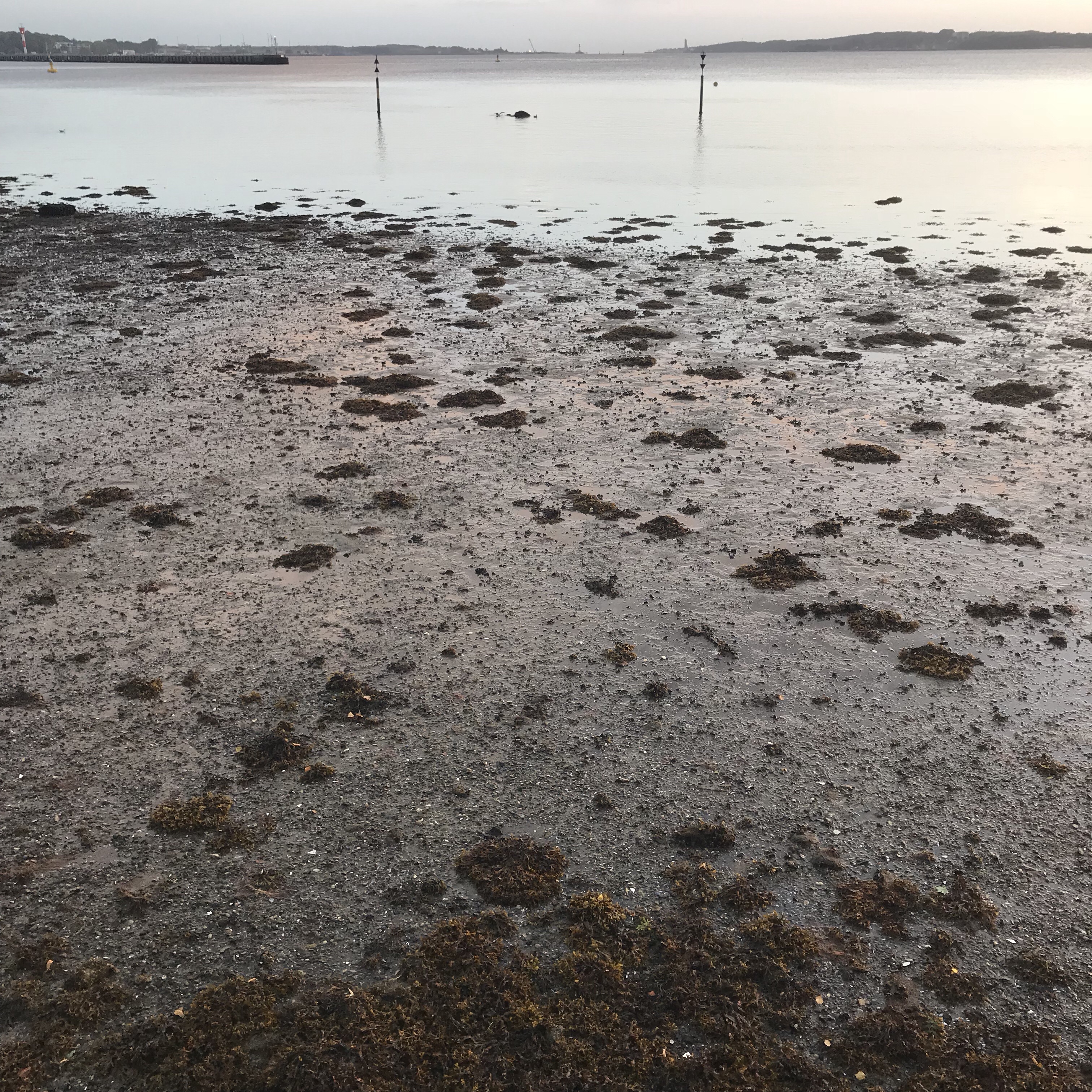 …Update in the afternoon…

After more rain throughout the day, we now actually see a clear plume of the rain water going through the green lake, with a little mixing on the sides as the green water is entrained! 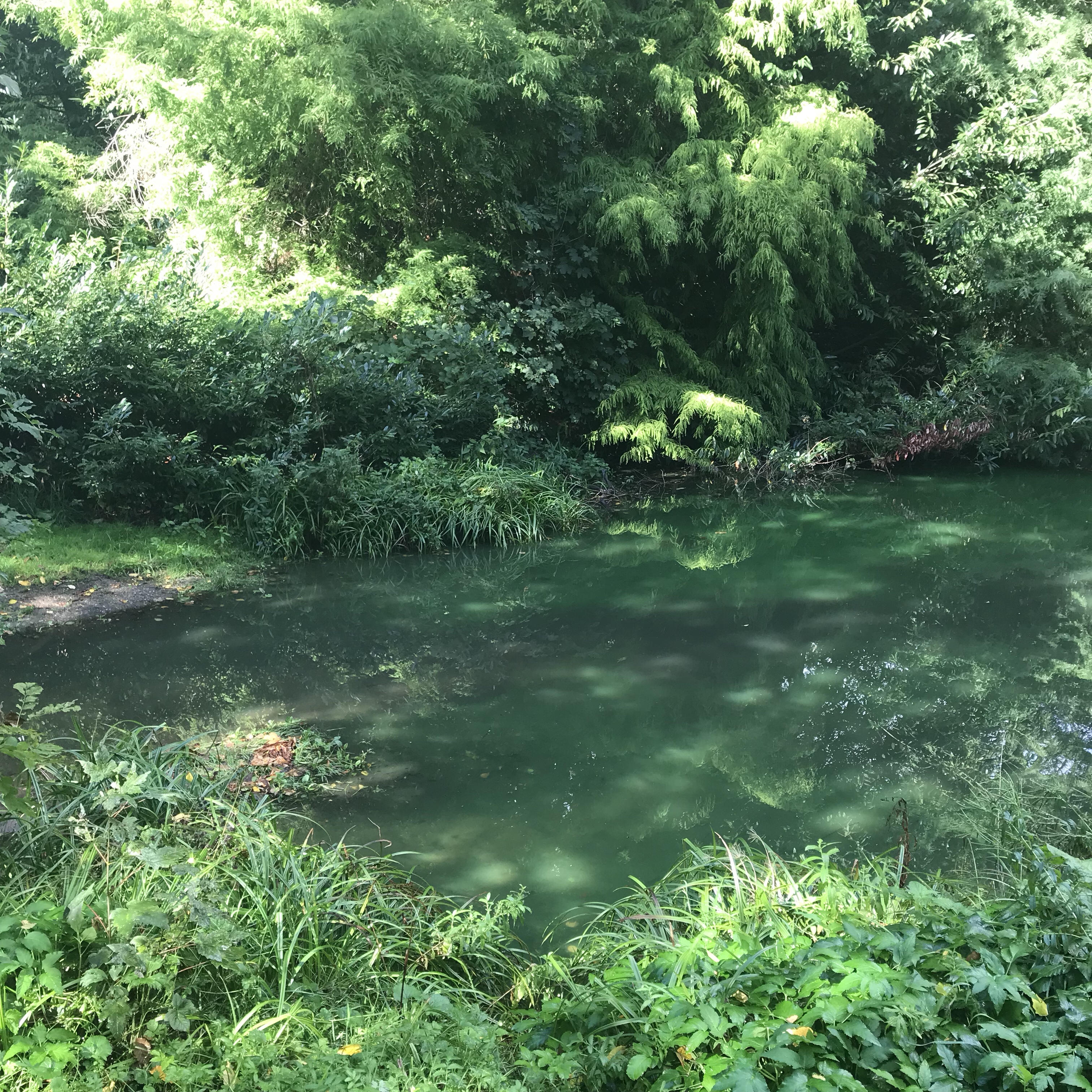 And some water is back in Kiel fjord. Phew. So there is wave watching to be done right away:

Below, we see a really nice example of waves changing their direction as they run into shallow water, since their phase velocity depends on water depth (more about that here). 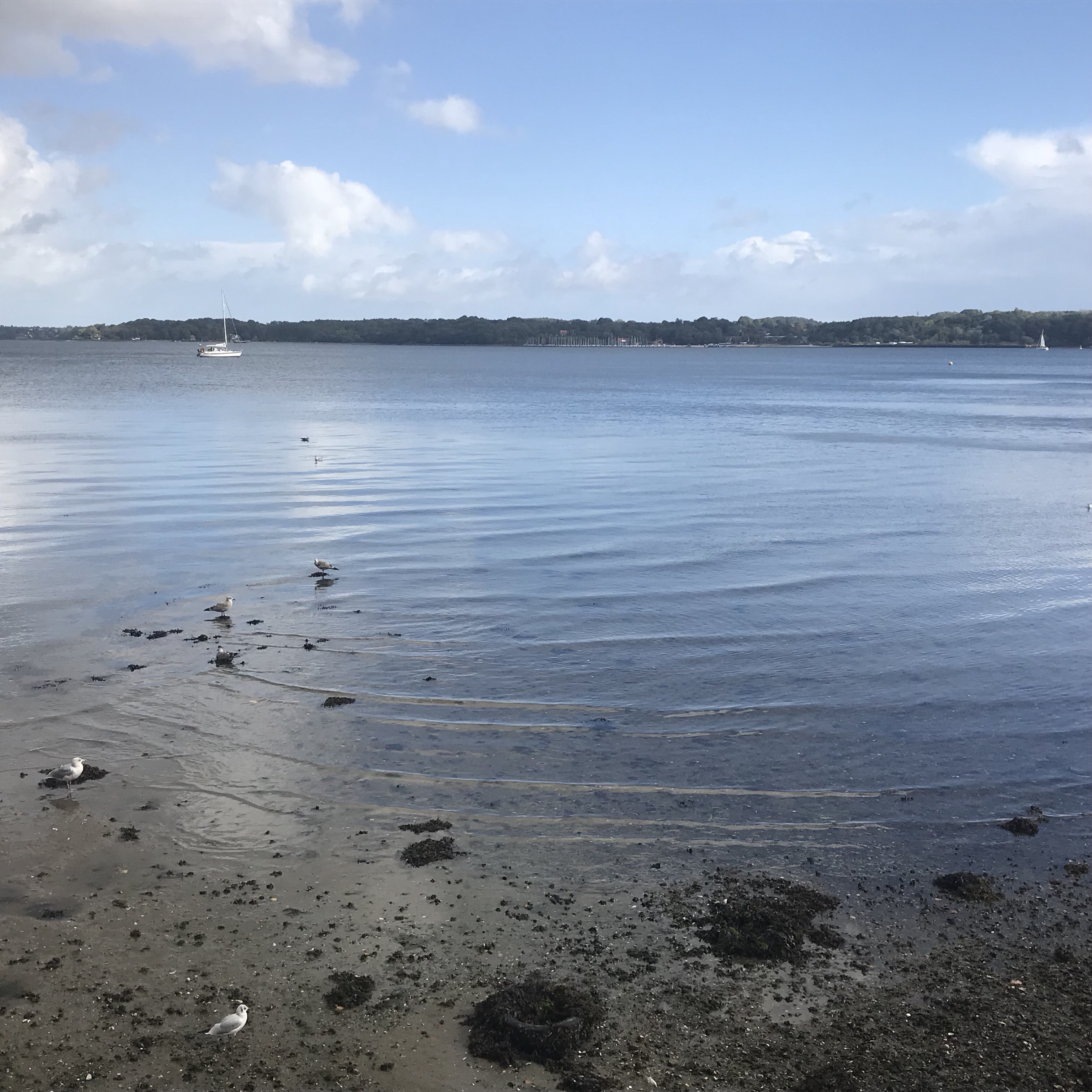