My perfect Saturdays start like this: Early morning walk along the water, followed by coffee while blogging about waves. Today’s focus: The cool waves that birds make!

First, let’s look at the weird way in which seagulls take off from water. They make a big splash which develops into ring-shaped waves. So far, so good. But… 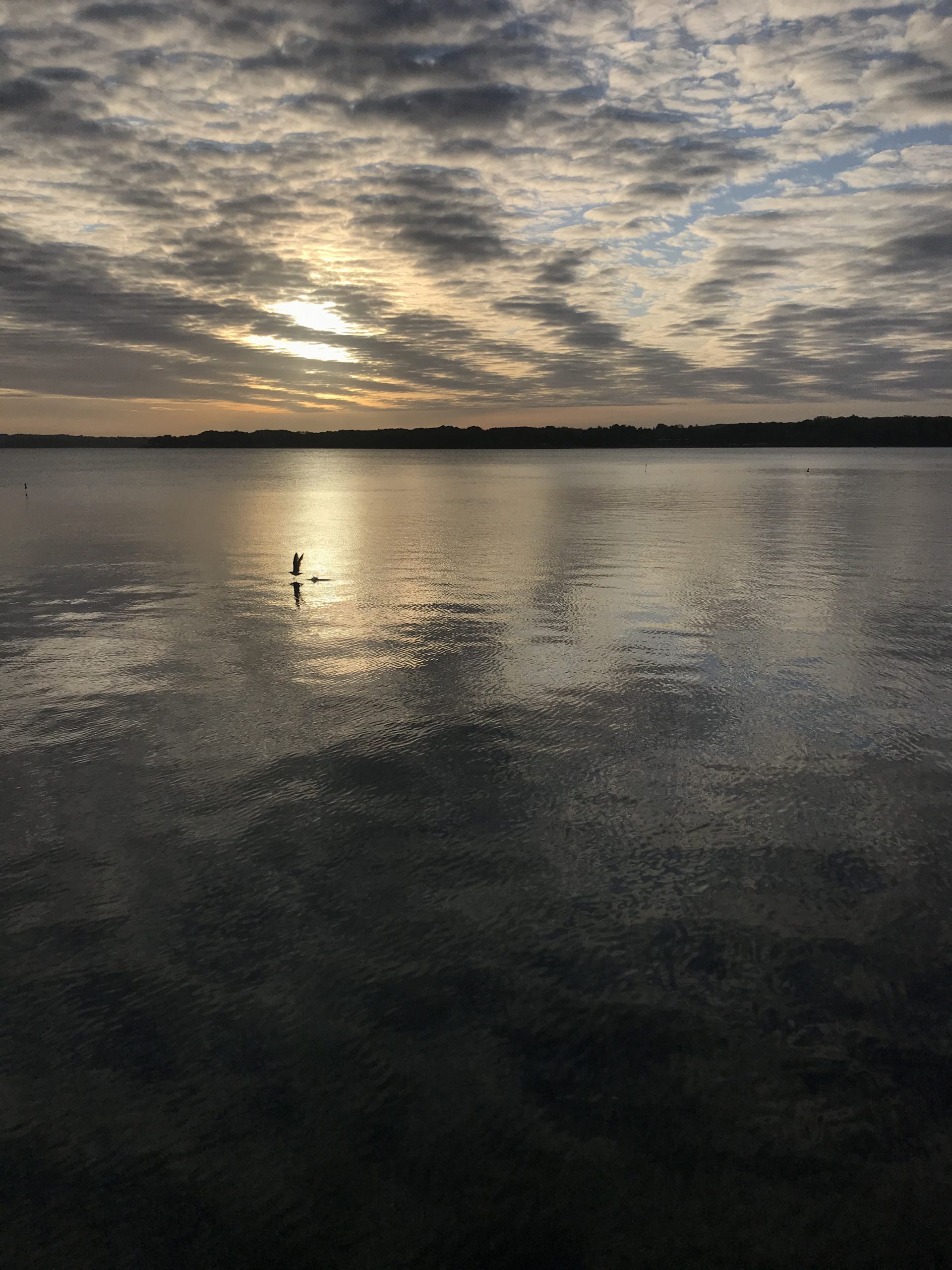 …that’s usually not all that happens: They usually hit the water a couple more times before they fully take flight, thus leaving a trail of circular waves radiating from each of the points where they hit the water. 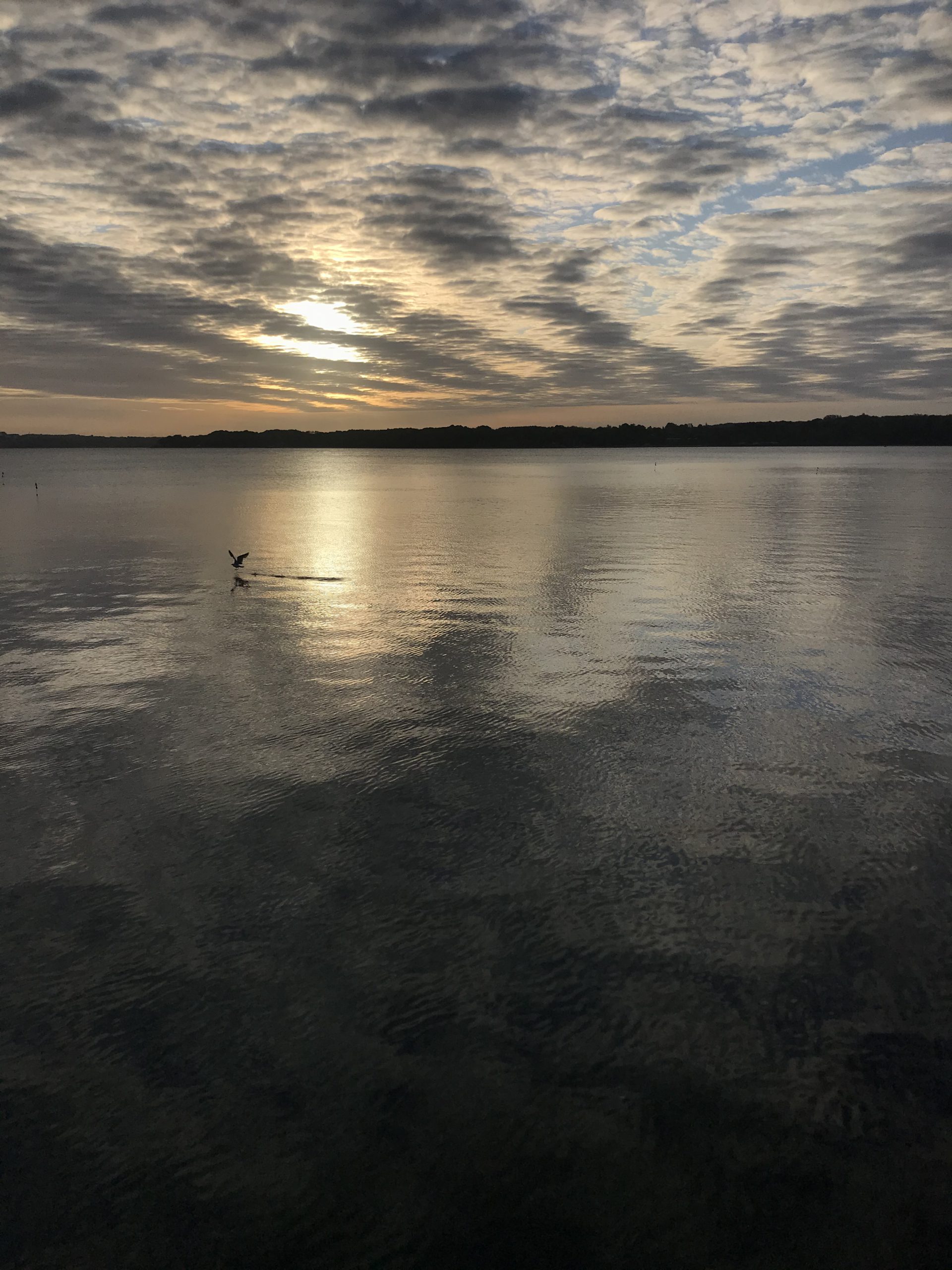 This morning, there was a seagull sitting very close to the sea wall (which you see in the lower right corner of the picture), probably eating or washing its feathers; in any case radiating off waves. When I looked down, it flew up, hit the water once, landed again, and then began to swim away. 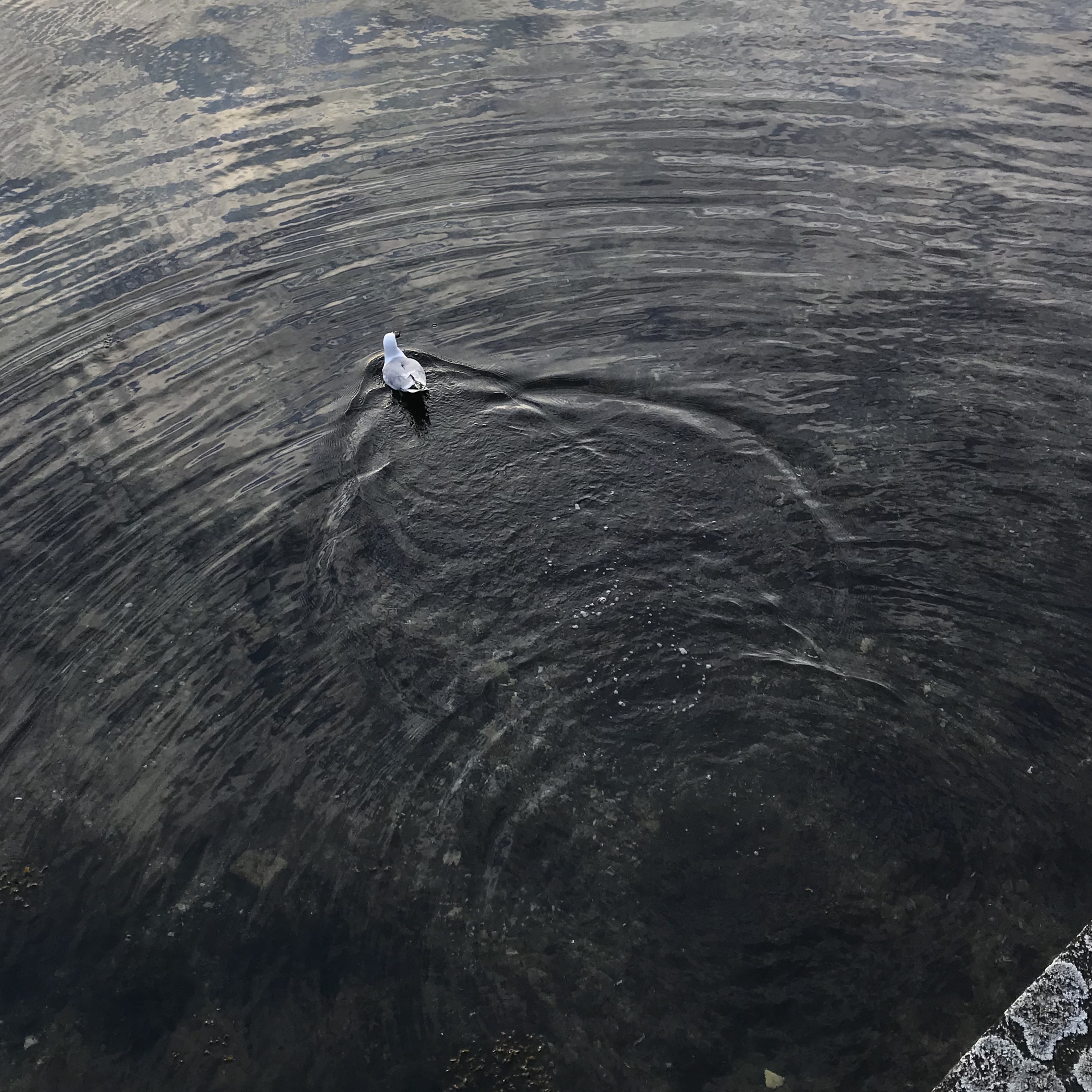 And you can see all of this in the waves!

The green cross below marks the spot where the seagull sat before I interrupted it. It must have been sitting there for a bit judging from the radius of the circular waves marked in green that radiate from that exact spot.

But then when the seagull saw me, it took off, dipped once into the water (green cross and corresponding wave circle), and then landed again (red cross) and swam away from there (following the red arrow on which the centers of the red circles fall). 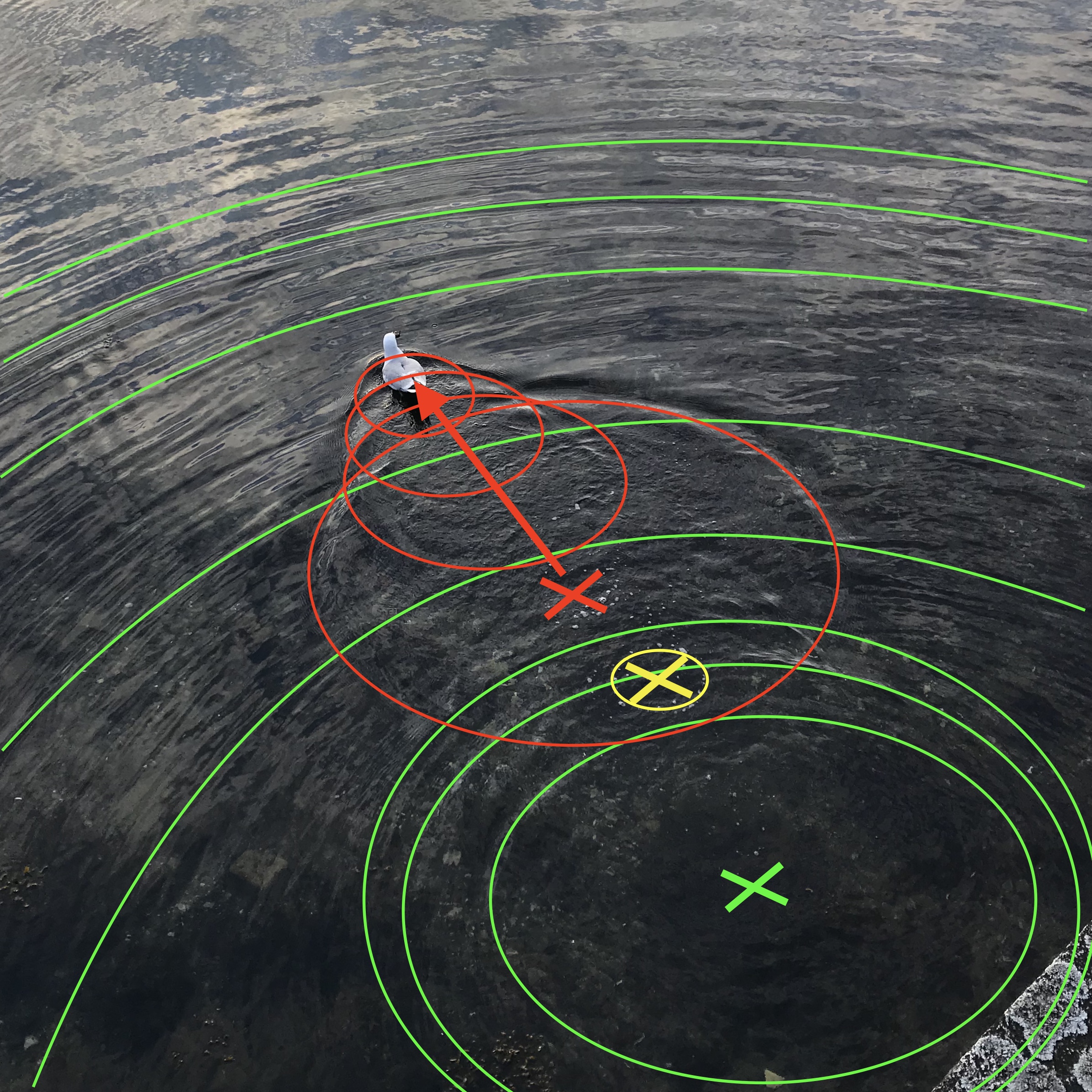 How cool is this?

Once it was just swimming and not dipping in and out of the water, it begand to develop a regular, v-shaped wake (red V) that consists of individual “feathers” or wakelets (yellow). 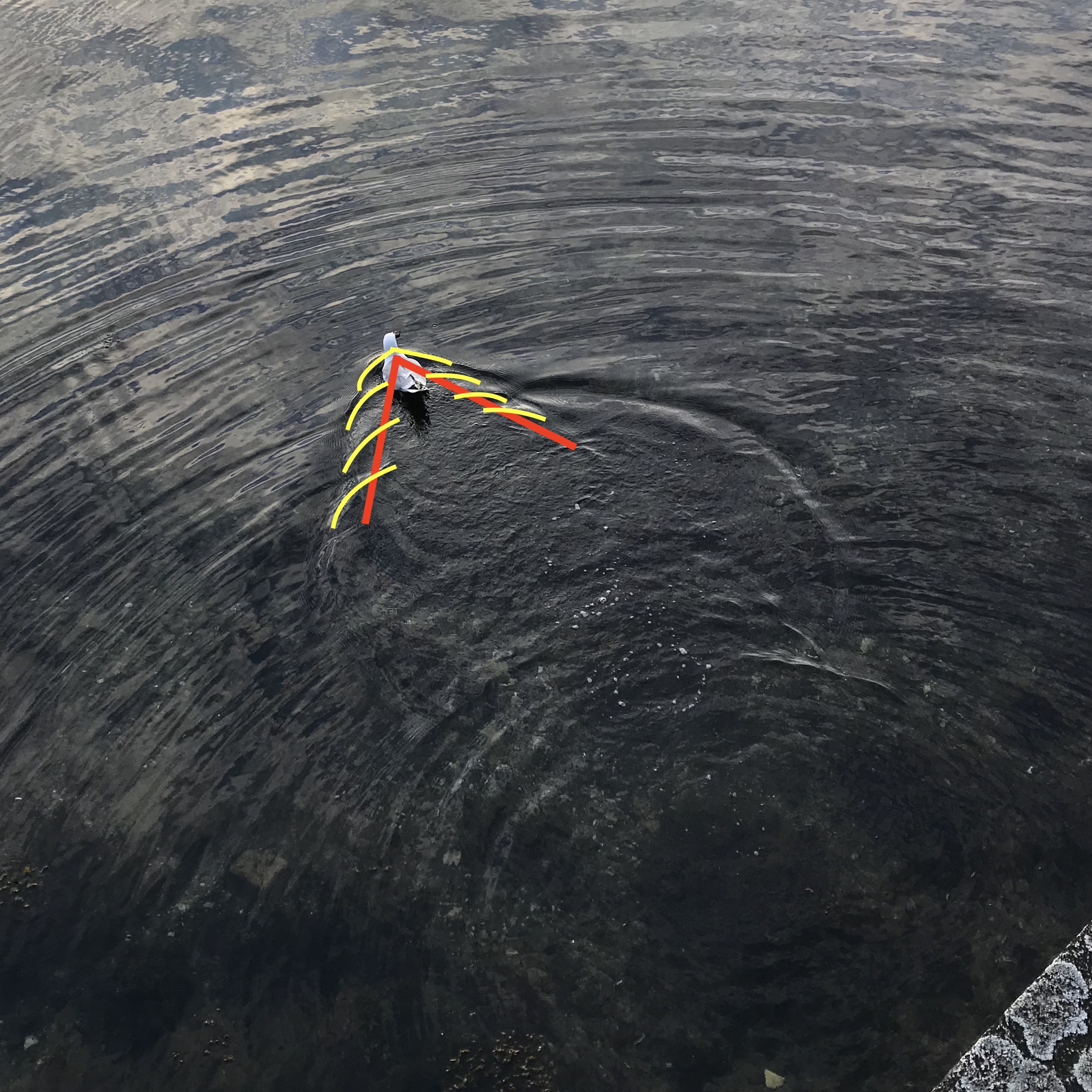 It continued swimming away, albeit taking a little turn… 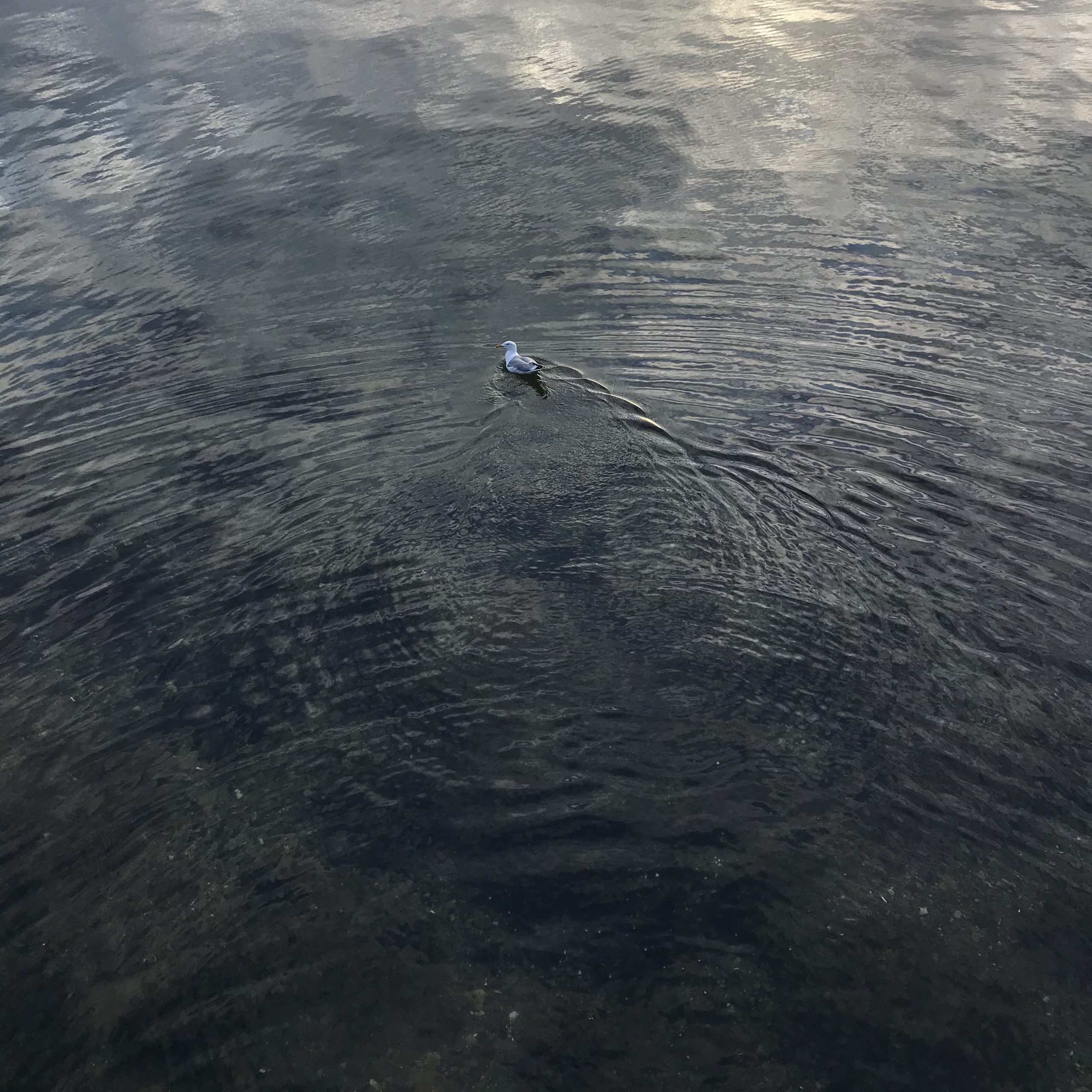 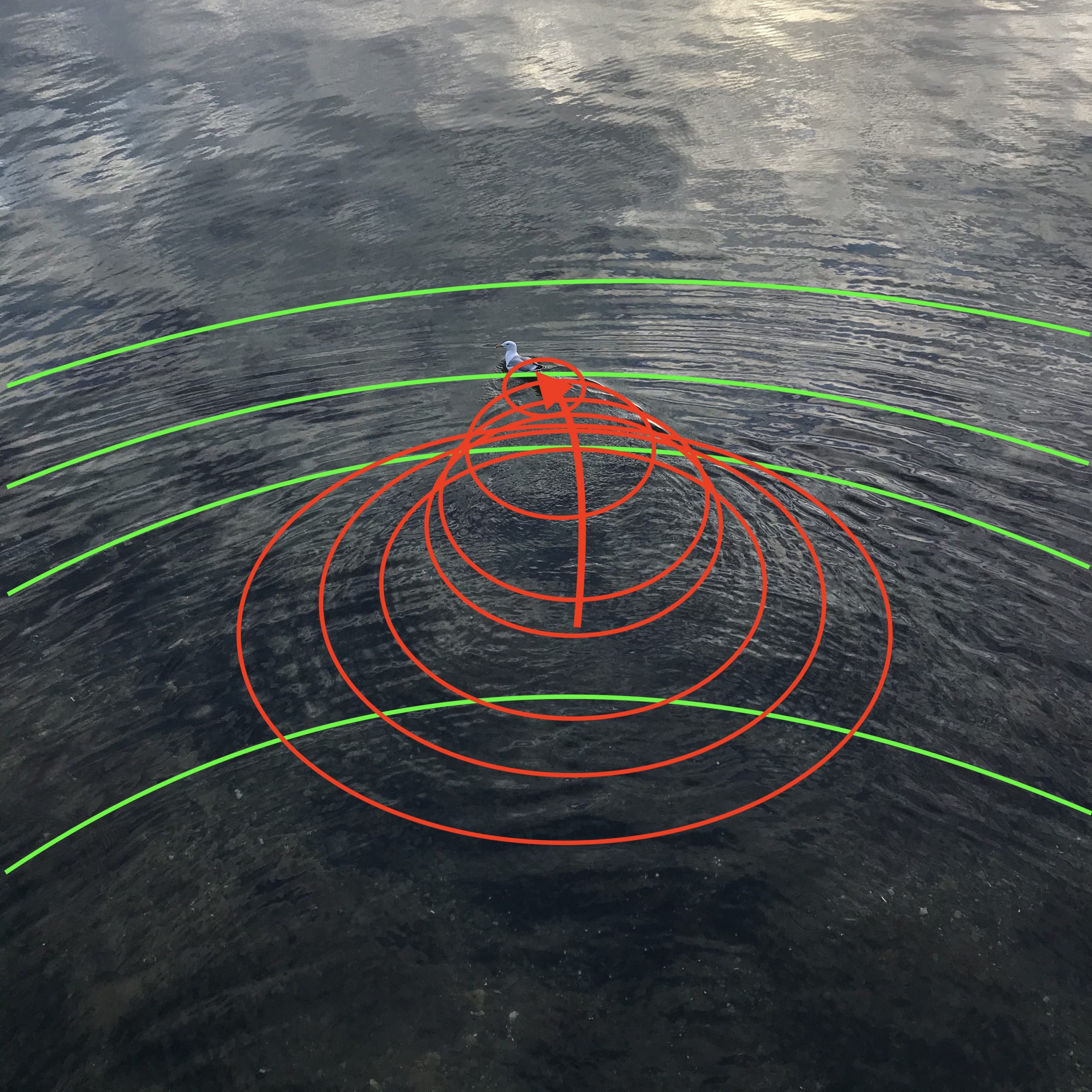 This kind of stuff makes me so happy! :-)

From the waves in the picture below, can you tell me what that seagull did before the picture was taken? 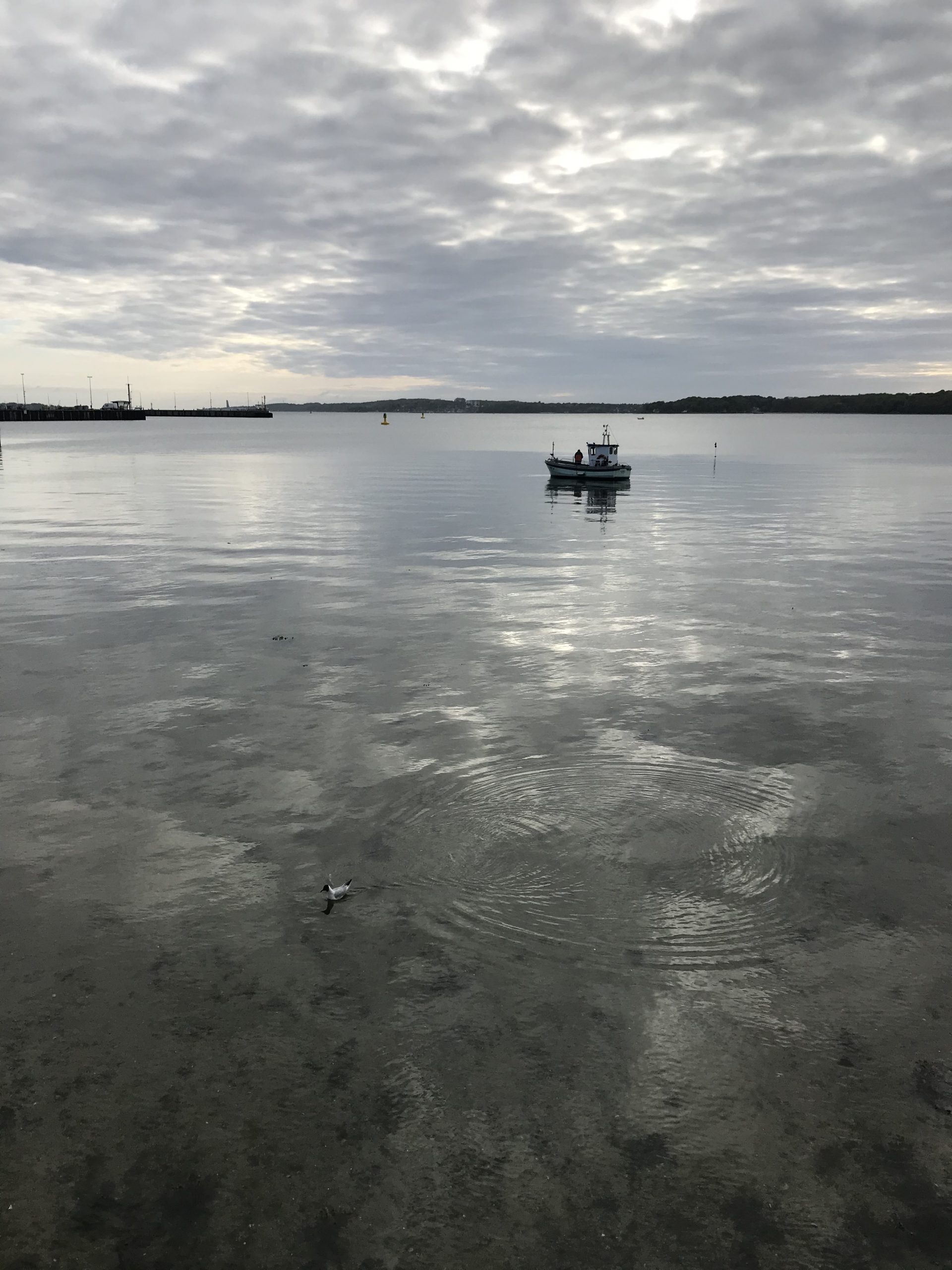