So yesterday this happened: When I was on my way to meet my friend for a run early in the morning, the whole pavement was flooded (look at the cute little hydraulic jumps!). After calling the authorities (and judging from the telephone operator’s voice, I wasn’t the first one! But then how should I know at 6 in the morning when there is nobody else around?) I took a couple of pictures. 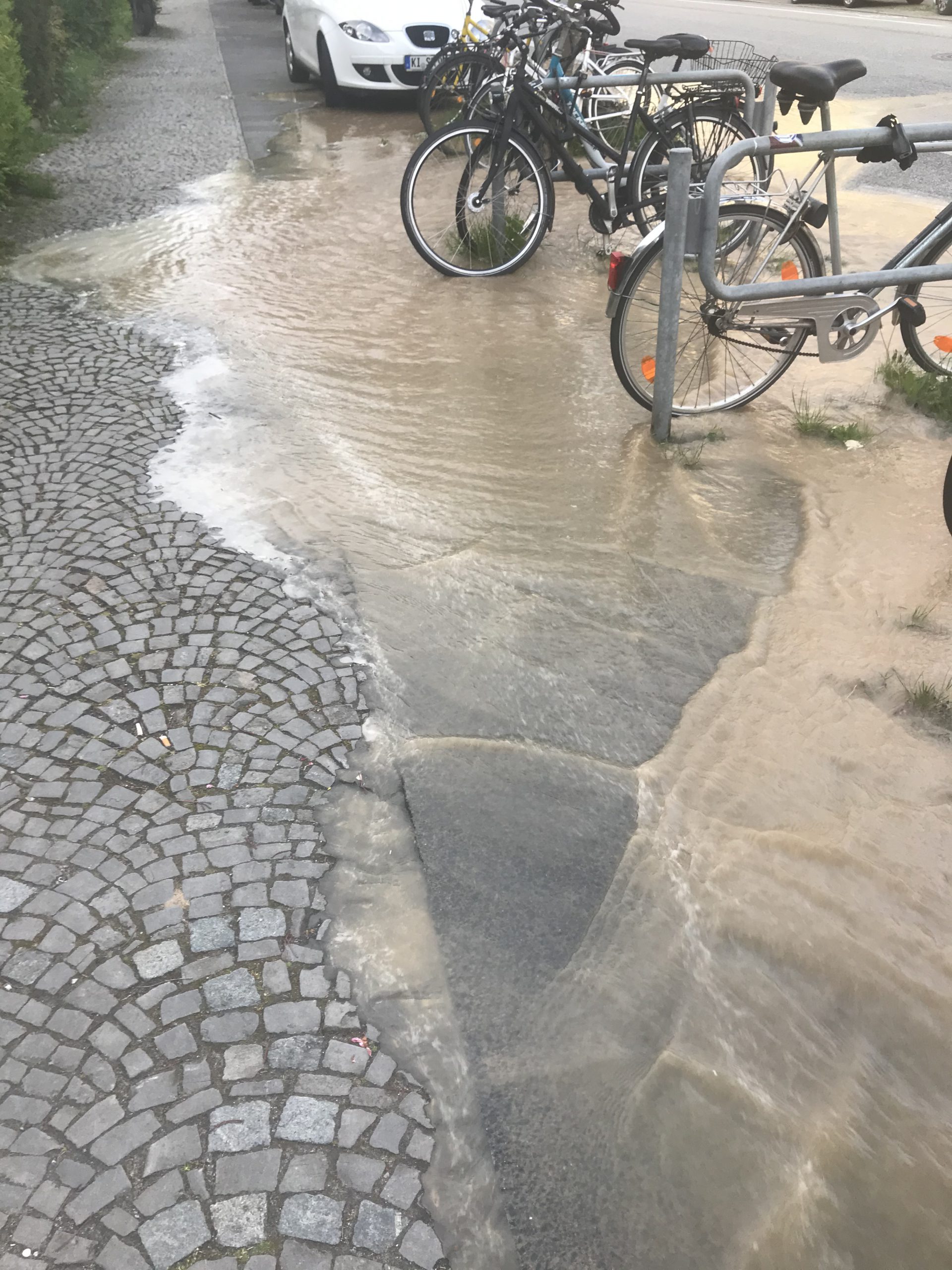 There was a lot of water, some of which the storm drains managed to catch. 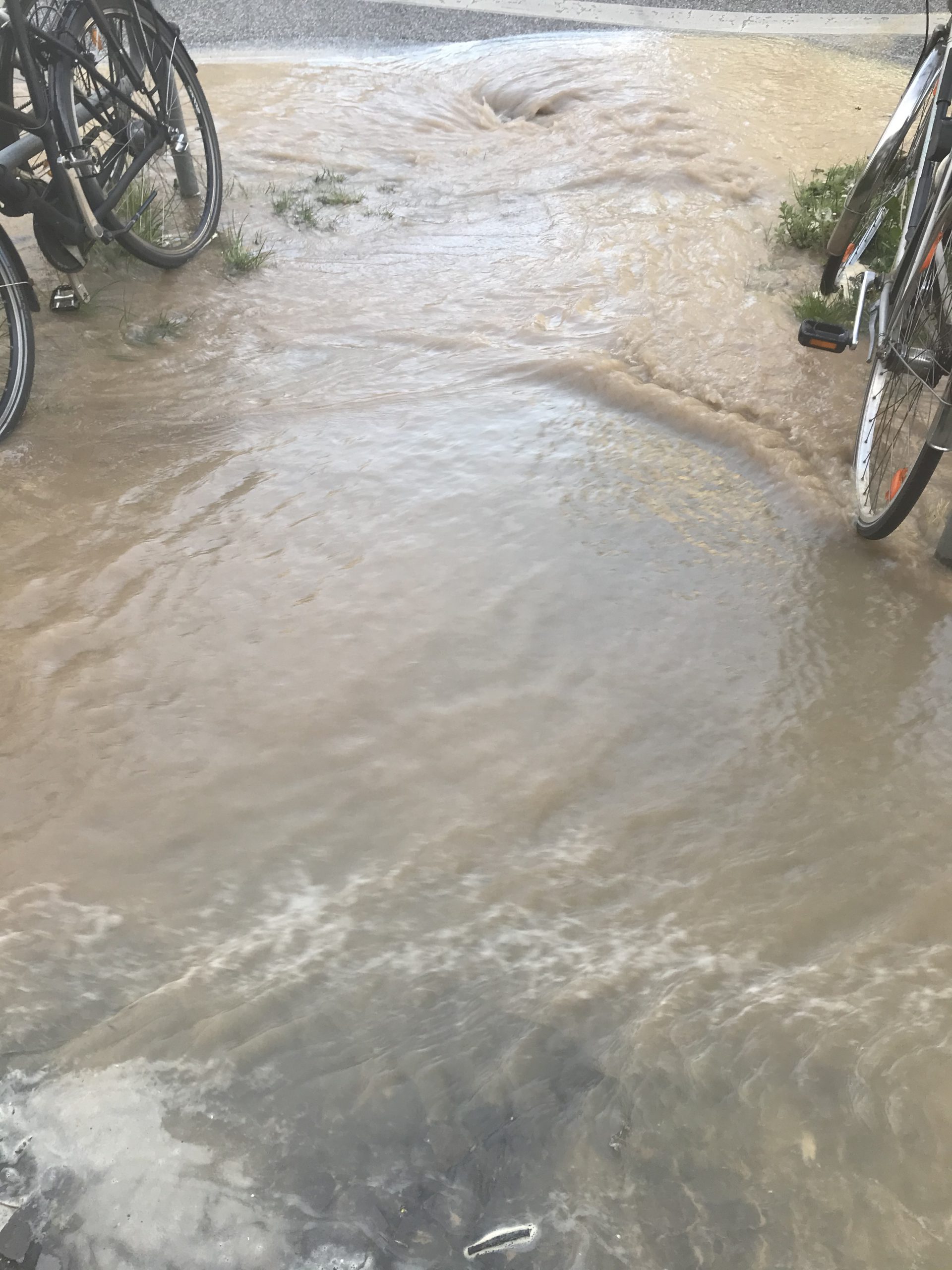 Luckily, I know where the storm drains lead to — via a little stream and a little lake — right into Kiel fjord! 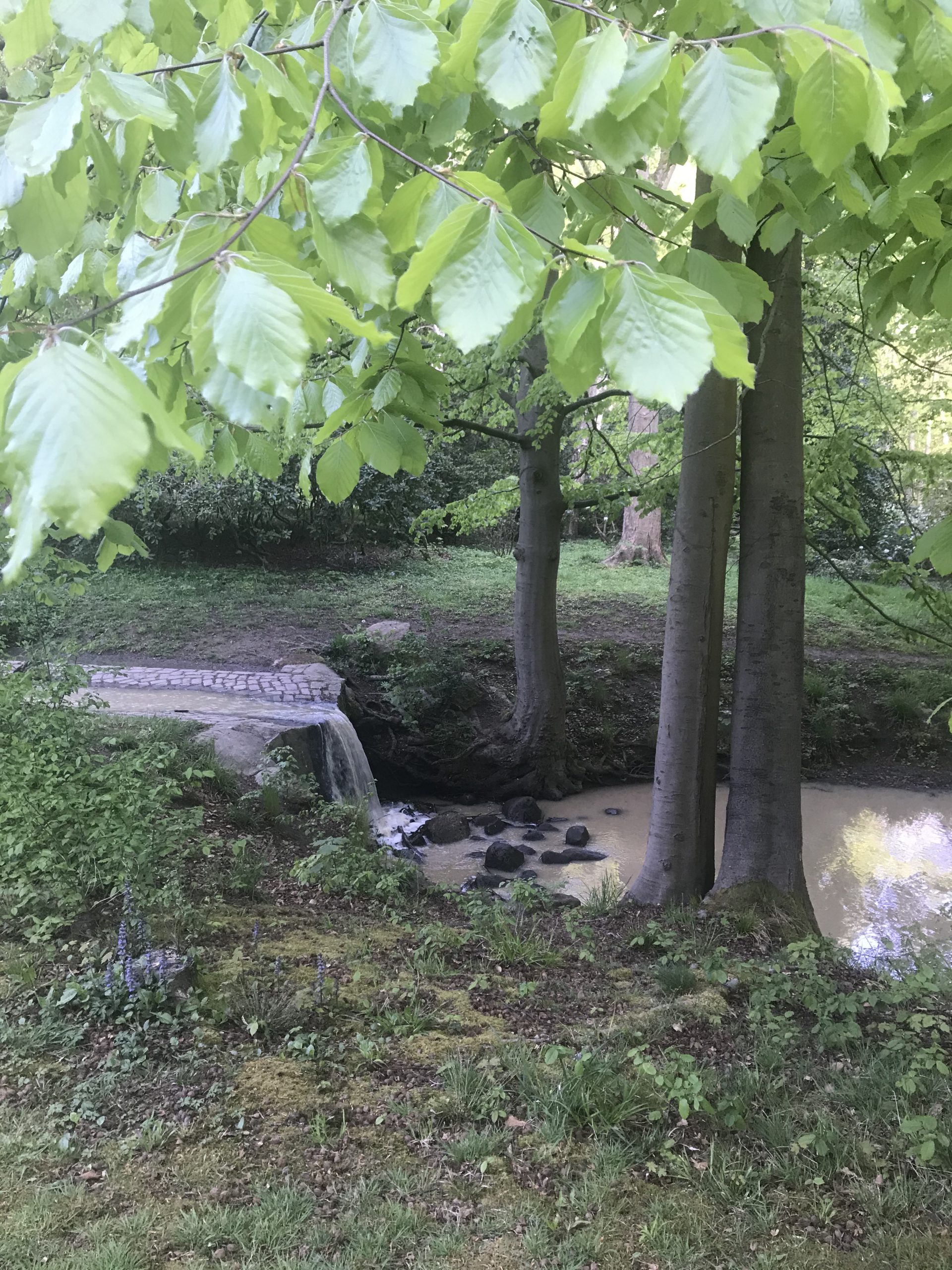 Below, we are looking down from the sea wall into the fjord. Towards the right, you see the turbulent outflow from the storm drain into the fjord. And then on the left you see curtains of where the mud concentrations change! That’s what I was hunting for when I went down to the water — spots in which the muddy water could be used as flow tracer! 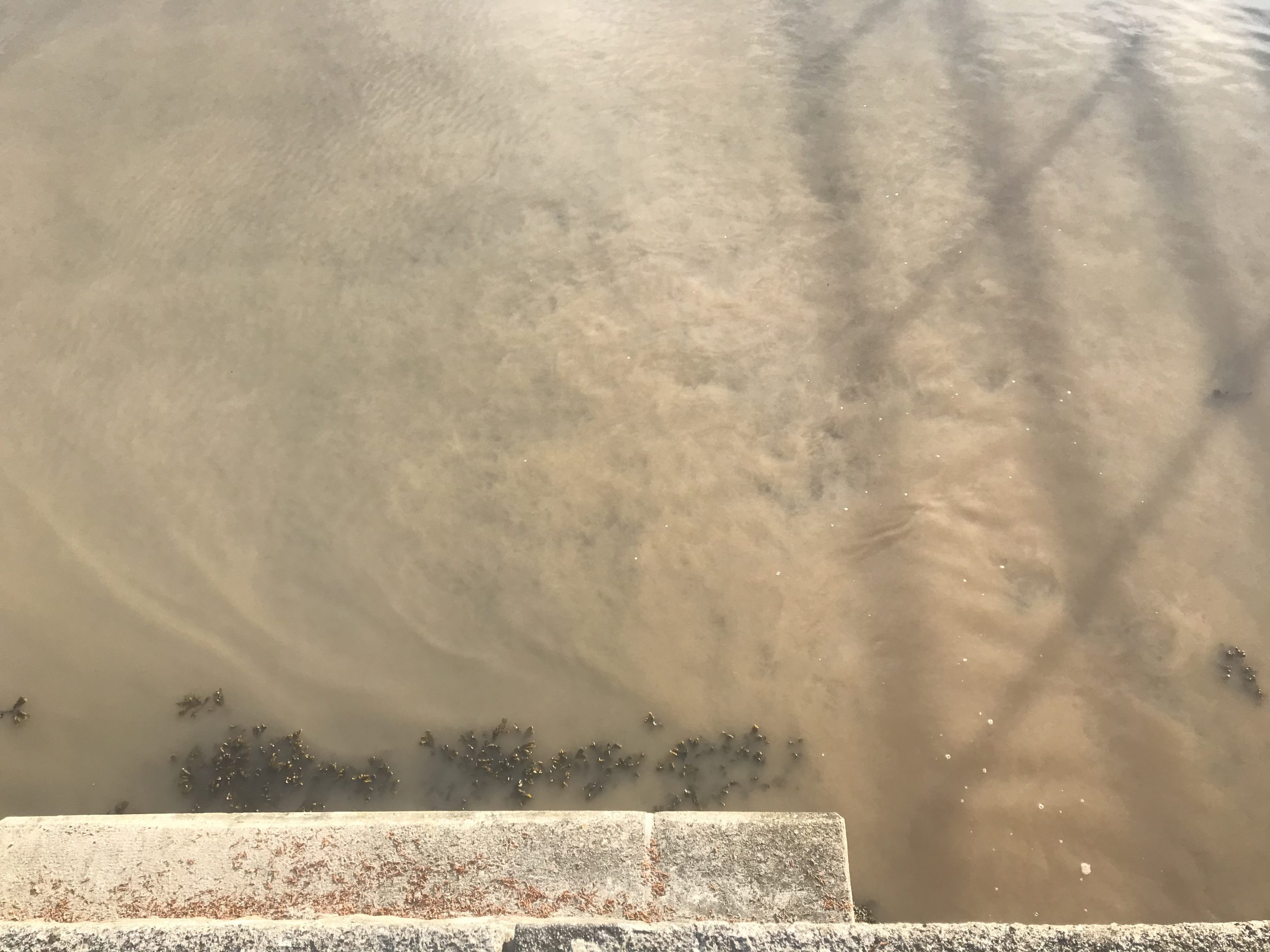 When we walk a bit further to the left, similar curtain pattern are still clearly visible, as well as turbulence behind that rock. 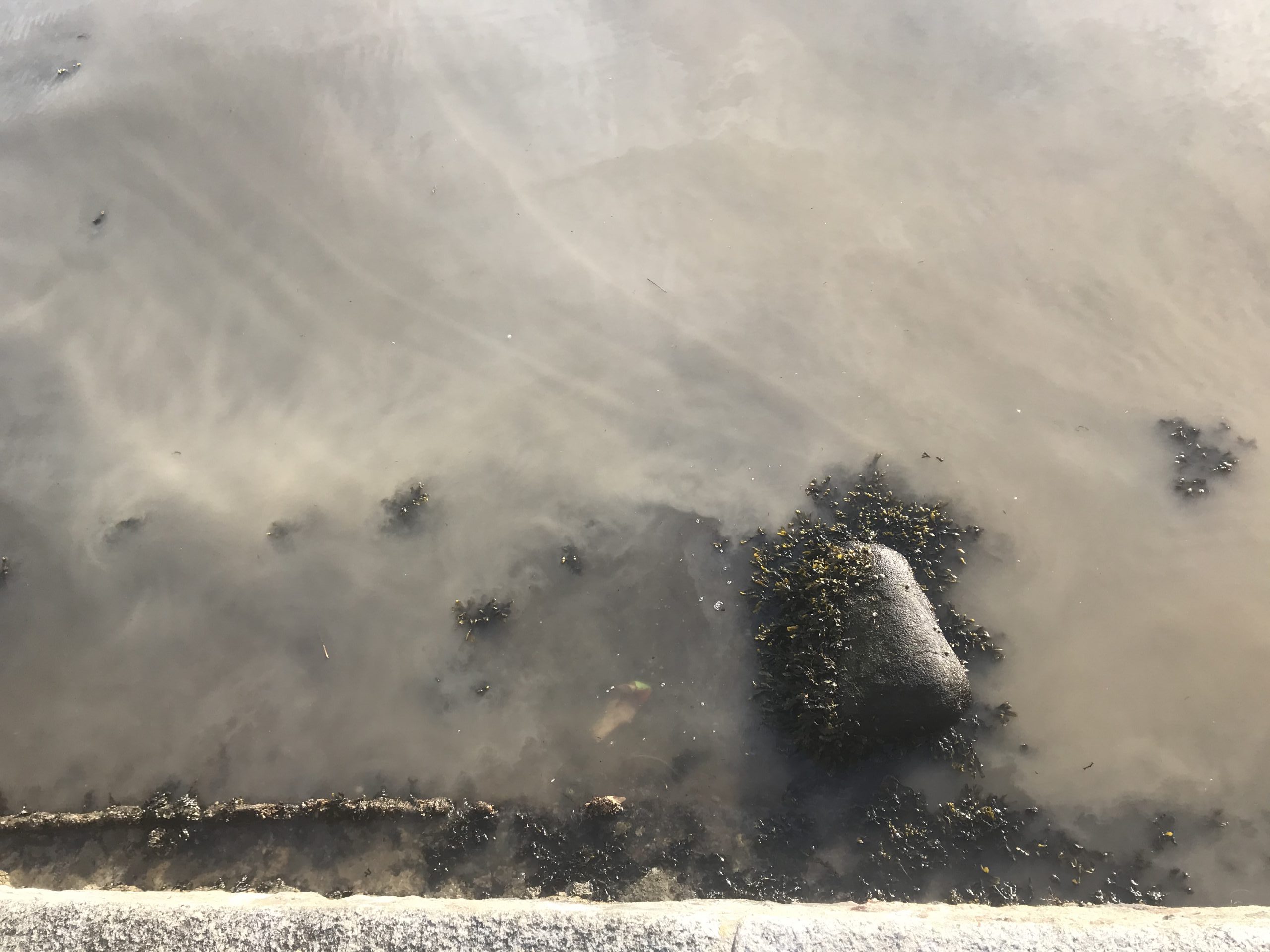 And even more clearly in the picture below: Interesting how there are pockets of clear water are persisting in the muddy waters, isn’t it? Even though the plume of muddy water is spreading, and is being slushed back and forward with the waves on Kiel fjord.

And this is the outer edge of the plume. I love how we can still see that the plume’s mud concentrations varied over time, with the water that came first being pushed furthest out from where the water enters Kiel fjord, and then newer water forming layers inside it. 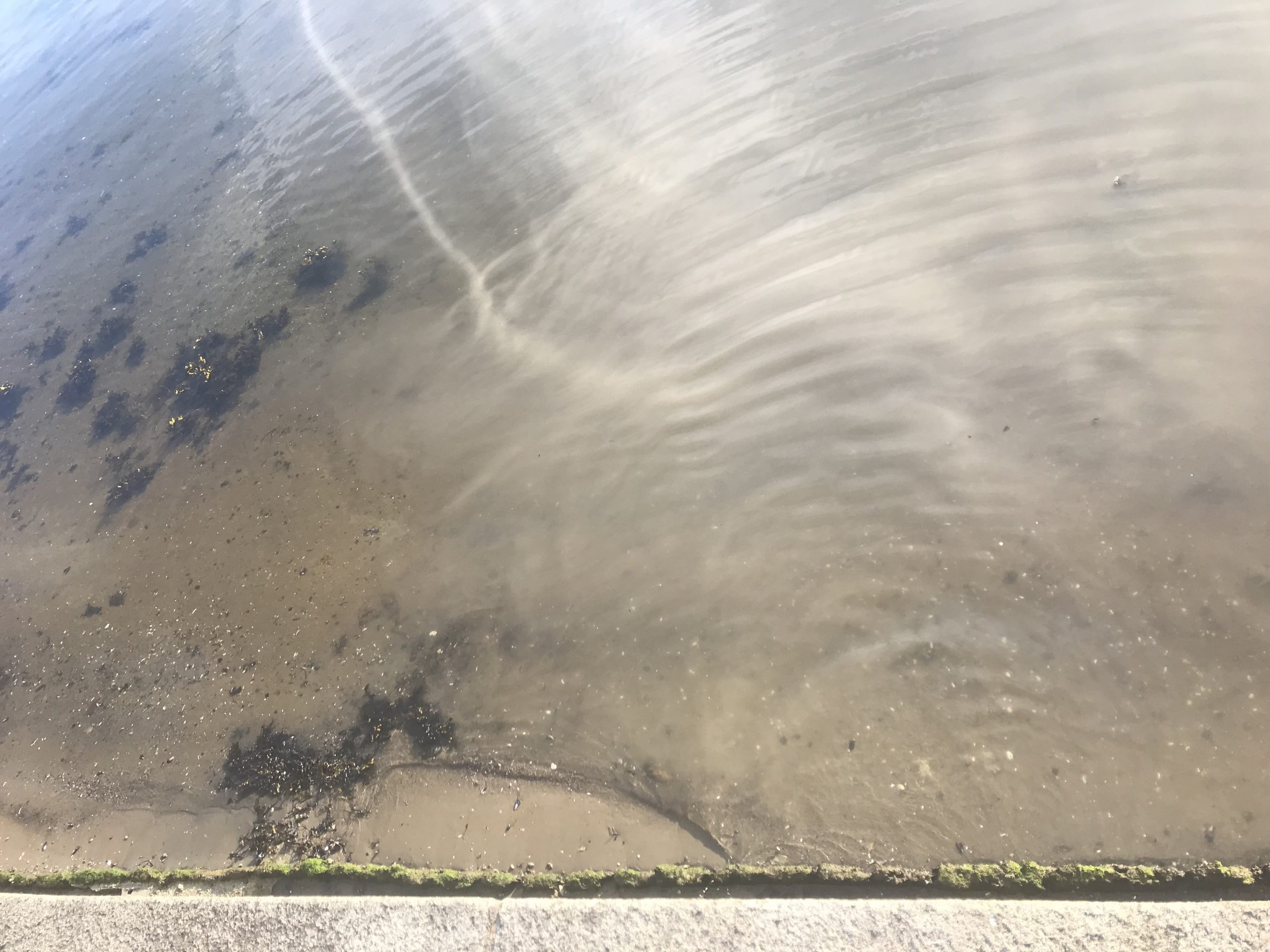 Sorry about the weird lighting in the picture below, but you see well the record of mud concentrations in the plume: 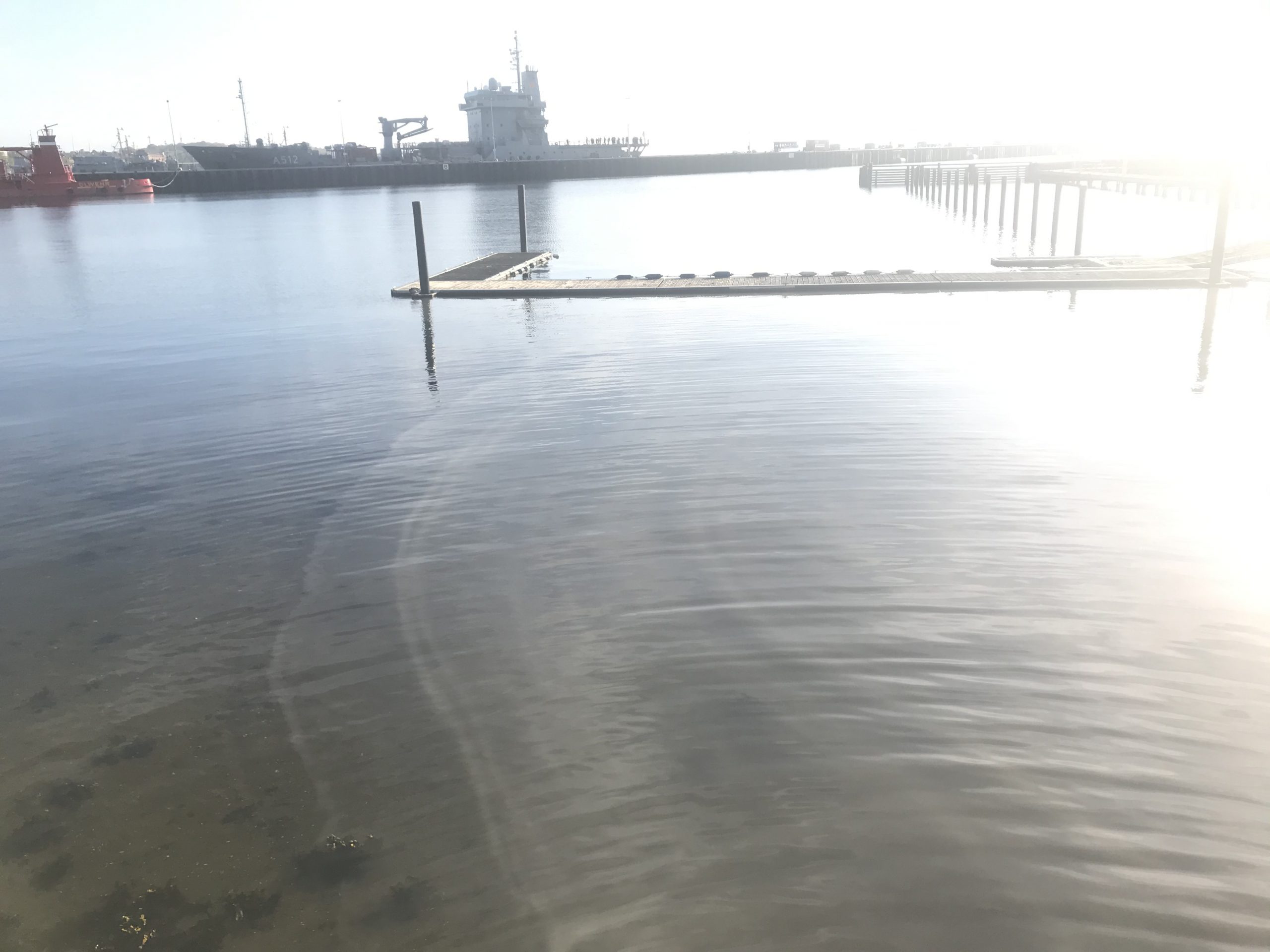 Even cooler when you go to the other side of the plume: here the plume interacts with rocks and algae to form mud wakes! 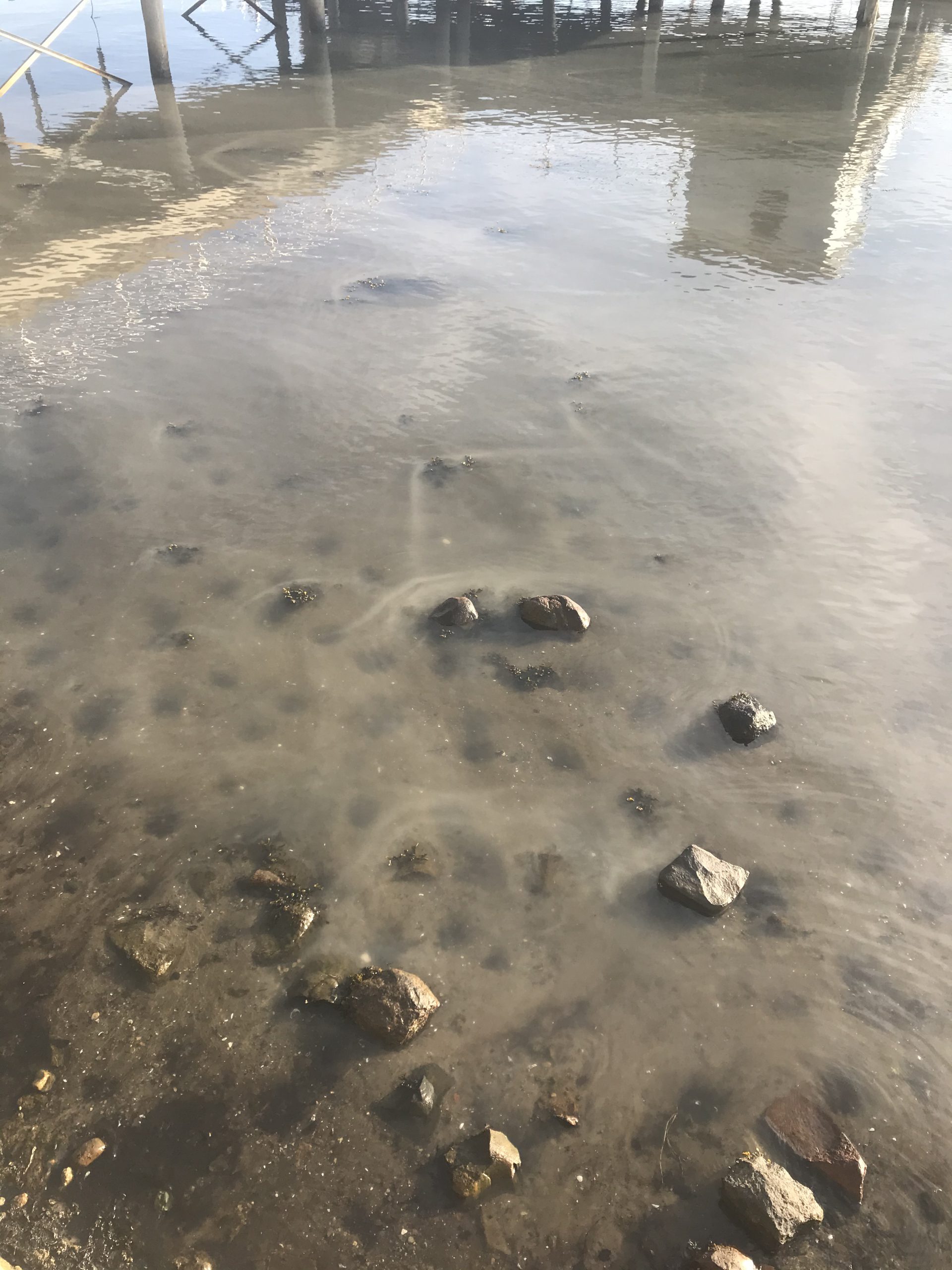 I don’t think I’ve fully figured out why they look the way they look, or in general, why the plume is looking so different on this side. Any ideas? 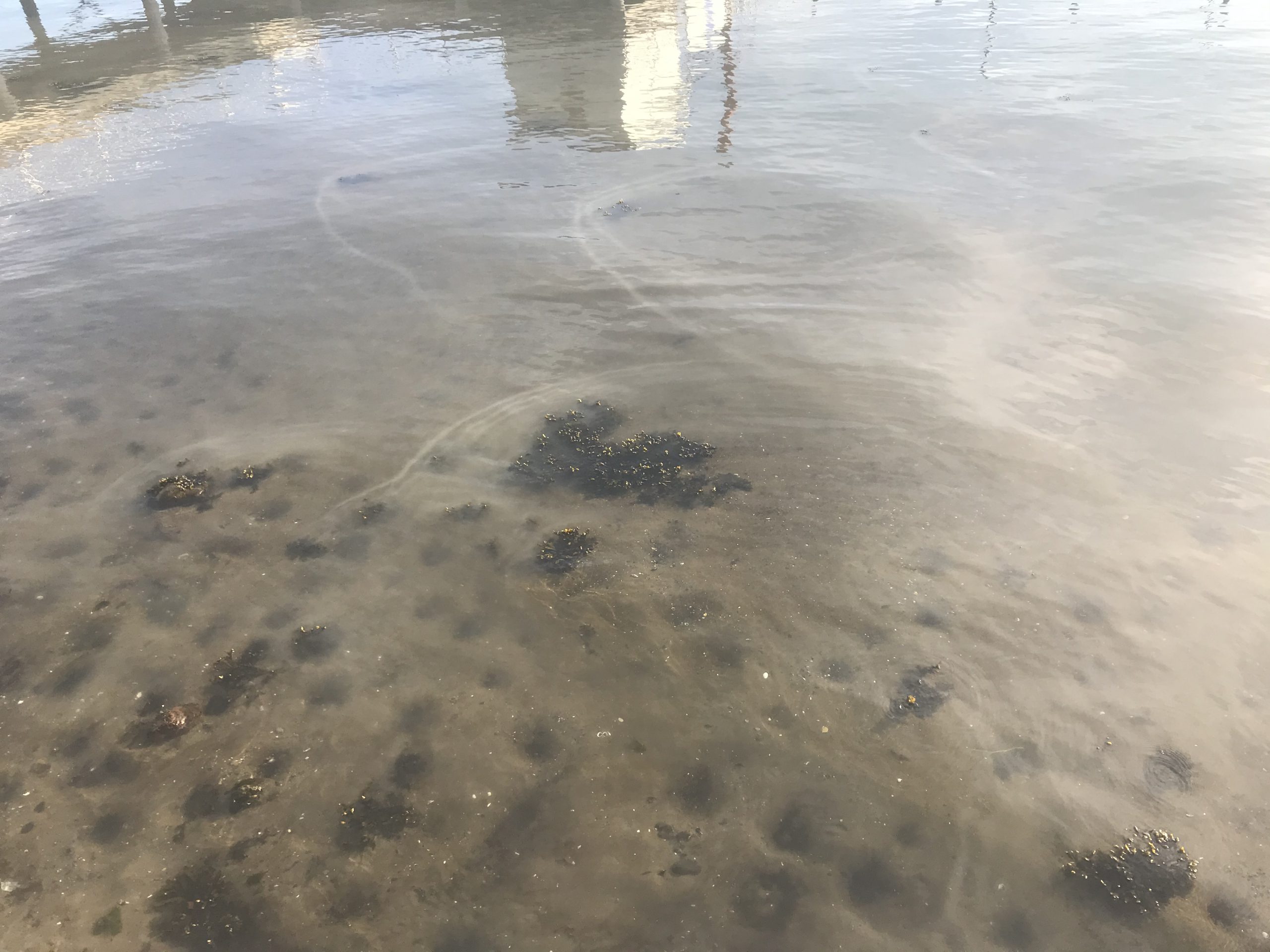