I just love this picture: The two boats in the front are going at the same speed (the trainer is driving right next to the person in the row boat over a long distance), yet look at how different the two ships’ wakes look!

The motor boat has this huge, breaking, turbulent wake. Even though it rides so high up in the water, it displaces a lot of water and creates a wake with a large amplitude (how large the amplitude is is visible in the picture below, where some poor people were sitting in row boats when a motor boat sped past. But also here: Look at how cool these feathery waves that constitute the wake look together!).

But then, going back to the original picture (which I am showing again below) — look in contrast at the row boat’s wake. You see the paired eddies where the oars were in the water, and you see a tiny little trail where the body of the ship went. But that’s all. Yet both boats are going at exactly the same speed! Pretty cool, isn’t it? (Also pretty scary how much energy the motor boat is spending on moving water and moving a larger hull and a heavy engine rather than just propulsion when the payload of both boats is more or less the same — one person) 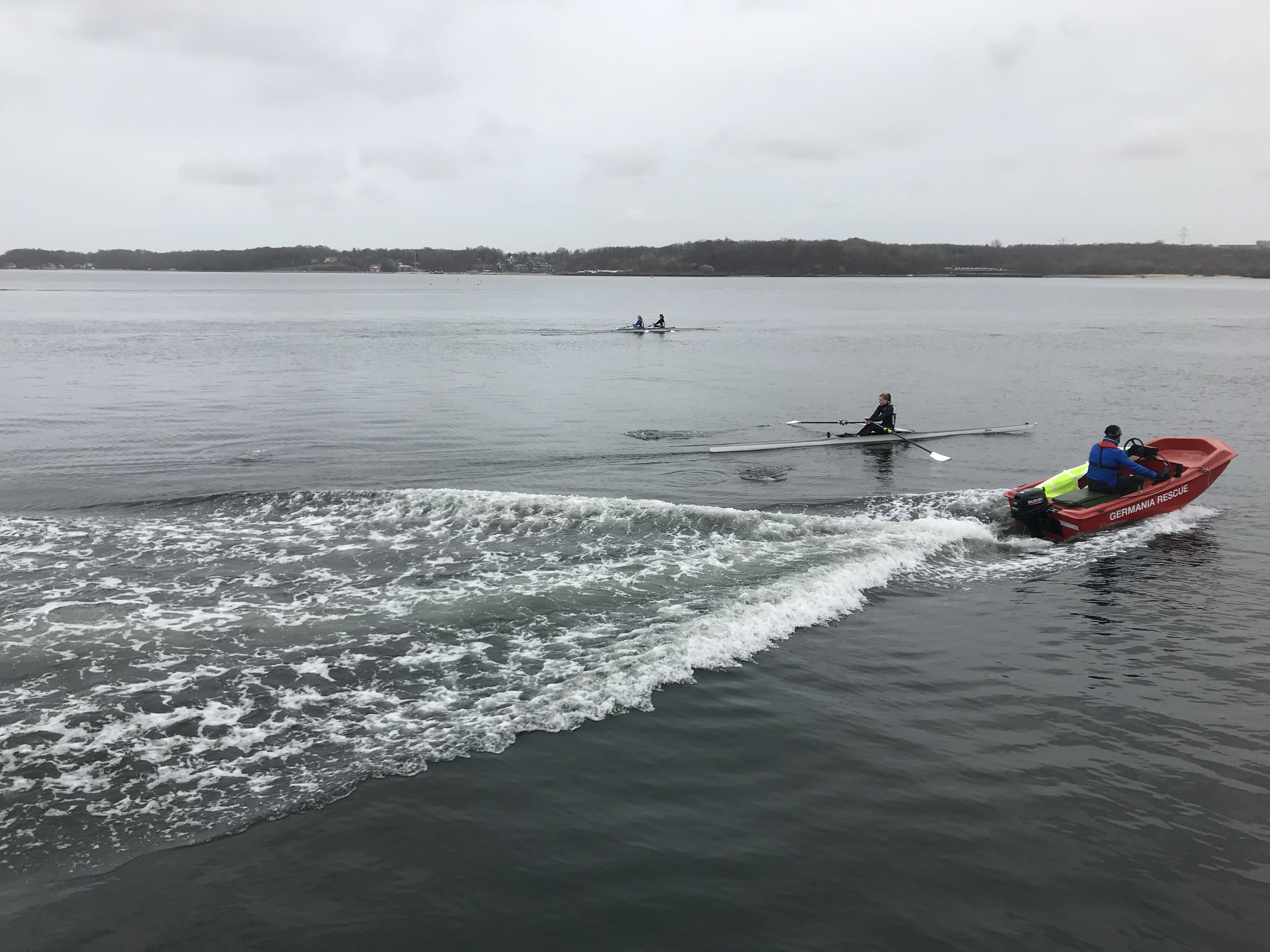