Looking at Kiel fjord in the picture below, it is quite obvious from the shape of the waves that those waves are some ship’s wake.

Why is that obvious? Because the waves a) have a very short wavelength for their height, and b) are also all of the same wavelength. What I mean by that is a) on Kiel fjord, if we see waves that high that are driven by the wind, their wavelength is a lot longer since the waves have been building up over a long distance. For short waves to display such an amplitude, the waves would have to run up a fairly steep slope which I know is not the case in this location (and which would also lead to two or three high crests in the shallowest part of the water, not to as many as far out as we see here). B) we don’t see a spectrum of wavelengths as we would expect in a wind-driven wave field. In fact, the water surface doesn’t display any ripples or other evidence of wind at all. 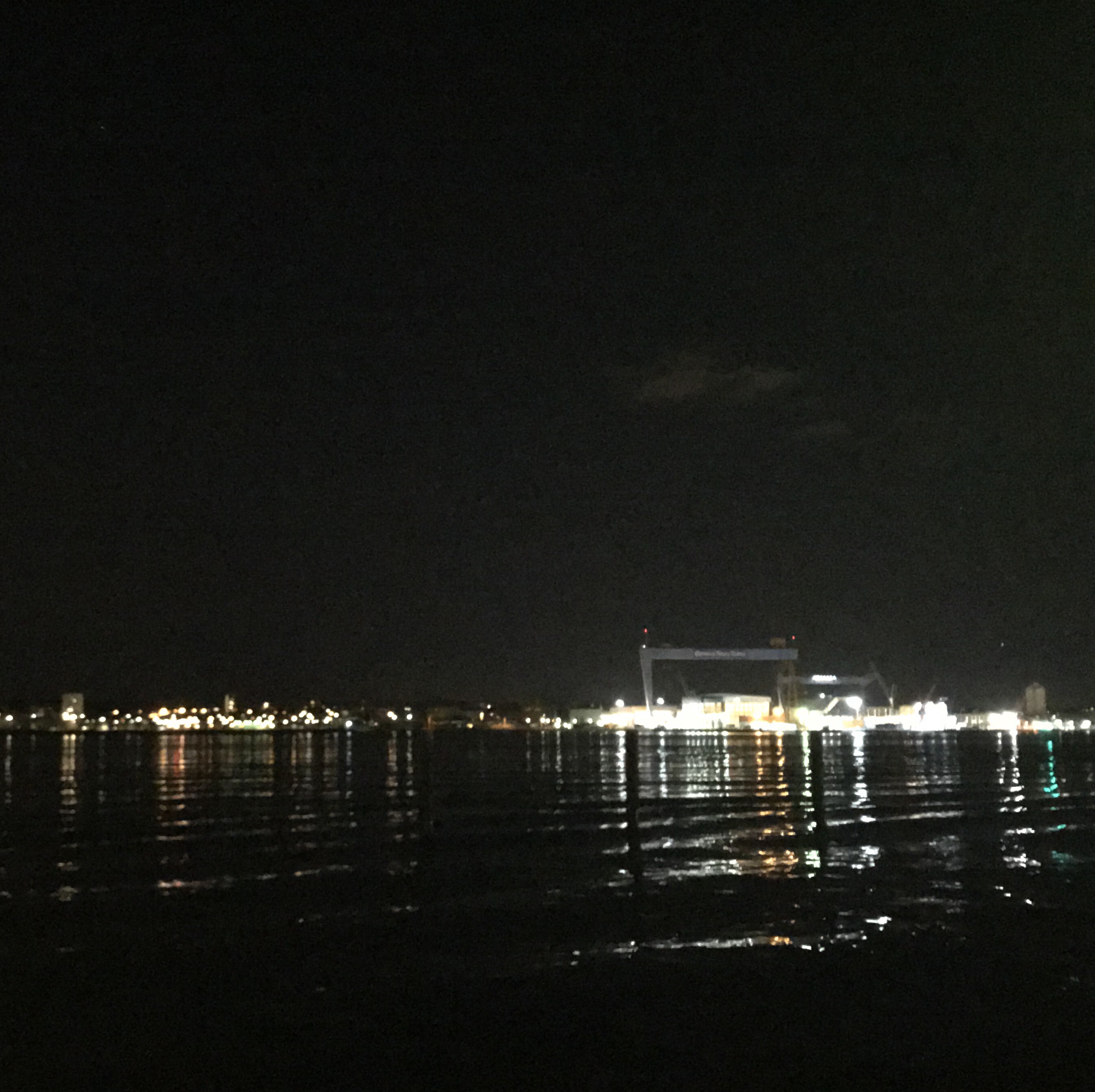 And what do you see when you look at water at night? :)