Yesterday when approaching Bergen airport, I saw something super cool: The lower half of a rainbow!

Even though I grabbed my phone and snapped a picture in record time, I didn’t manage to capture it. Bummer! But that doesn’t keep me from writing about it while showing you a “normal” rainbow I took a picture of a couple of minutes later. 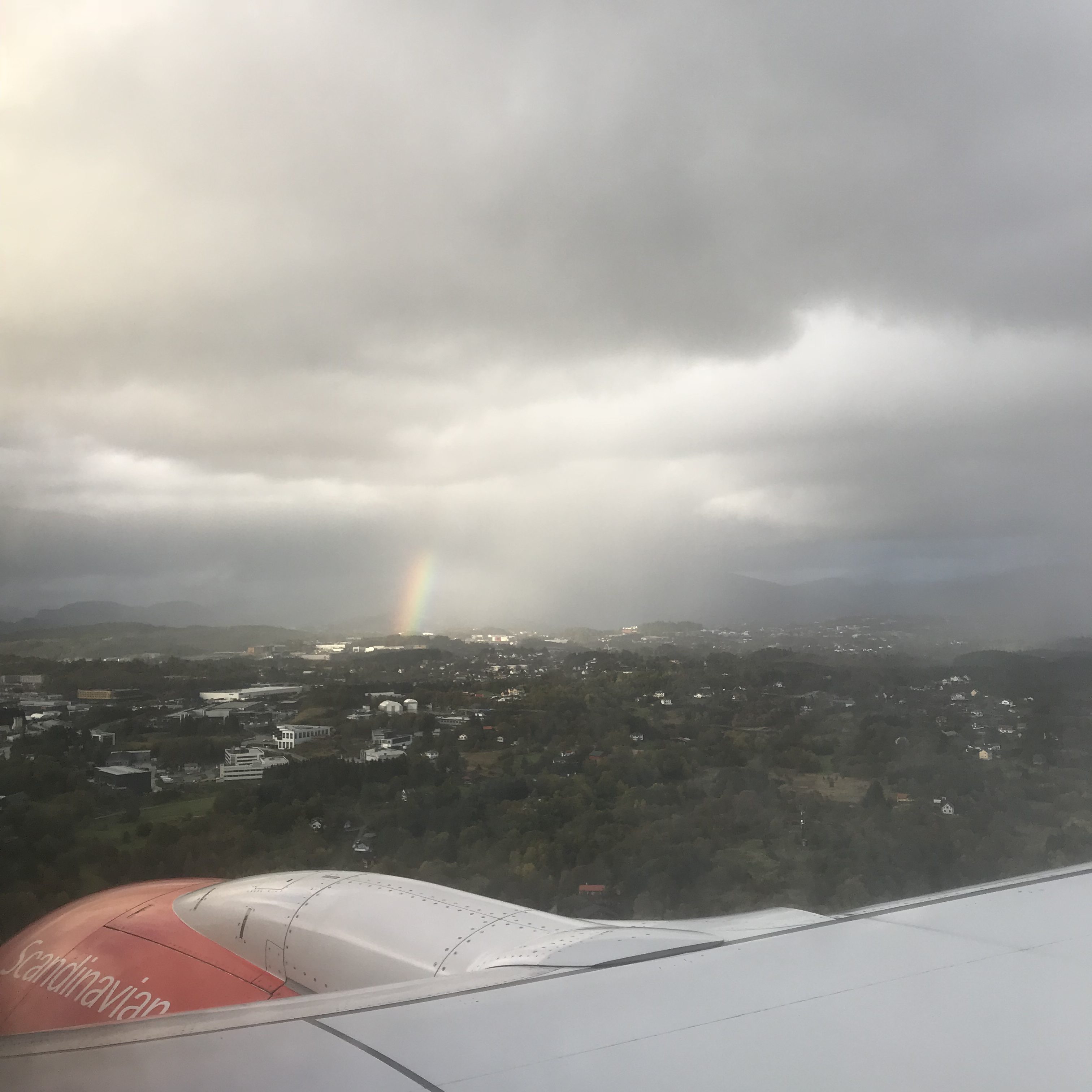 Have you ever seen the lower half of a rainbow?

But can you imagine it? A u-shaped rainbow?

Have you ever seen anything like that before? It’s not something that we are used to seeing, at least not if we are looking a) at rainbows that are occurring on natural rain “curtains” and b) while we are on the ground. Let me explain…

Under perfect conditions, a rainbow is a full circle

Imagine you are a floating in space, looking at a curtain of rain drops. The sun is shining from behind you onto that curtain. What you then see on that rain curtain is a full rainbow circle, purple towards the middle and red towards the outside.

Tweaking the size of the rainbow

So now imagine a nice curtain of droplets that you can walk towards and away from (sprinklers! garden hoses!) — the further you walk away, the larger the rainbow gets. And the closer you come, the more it shrinks again.

Standing on the ground, you only see the upper half

If you walk close enough to the rain curtain, you can actually see a full rainbow. But typically when we think of rainbows, we think of those occurring naturally, and then the rain curtains aren’t as neat and tidy as those from a sprinkler, and rainbows that we see are usually far far away, and thus really big. And that is why we aren’t used to seeing the lower half of a rainbow: Where the lower half would be there isn’t any rain curtain for it to appear on, because there is ground there! And the only way not to have the rainbow hit the ground is either have it close enough in front of us so it’s too small to even reach the ground, or to look at it from a plane that is high enough above the ground that even a large rainbow has enough space above the ground to fully appear on the rain curtain.

So where do we go from here? I need to a) play with sprinklers and take pictures of rainbows! b) draw illustrations of the stuff I tried to describe above, and c) hope that I’ll be faster next time to finally get my u-shaped rainbow picture from a plane!