Today I have a couple of photos for you to prepare you for upcoming wave riddles. Since, in those riddles, I usually ask what might have caused the wave on that picture to look a certain way, let’s today look at a couple of relevant processes.

A lot of processes can make or destroy waves

In previous riddles, I have often chosen pictures where waves were made by ships or other objects, or shaped by topography. Today, I want to focus on wind-generated waves, and how the wave field changes without interactions with the bottom or other boundaries.

Well, unless you think of surface films as boundaries, that is. Which, I guess is a valid way to look at them. What do you think?

Below, you see wind waves running into some sort of surface film. I am not quite sure if “film” is the best way to describe the case you see below: It’s not like an oil film, it’s a lot of tiny objects floating so close to each other that they rub against each other when moved, and since the rubbing eats up more energy than the movement of a completely free surface, waves get dampened. And, as you see below, the dampening happens selectively depending on wave lengths: Short waves are dampened out as soon as they run into the area covered by the surface film, while longer wavelengths propagate into that area without being affected too much. 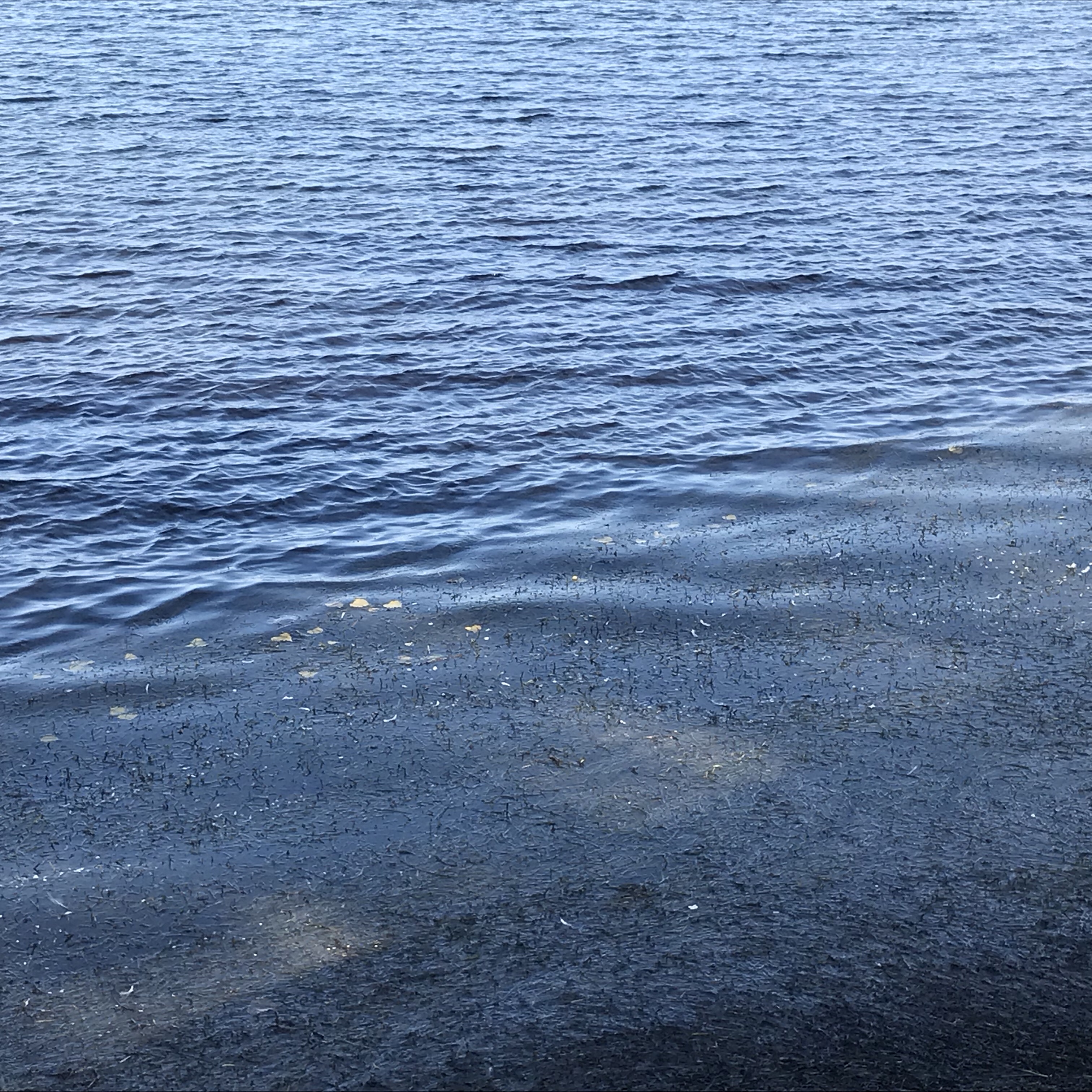 But surface film aren’t the only thing that changes a wave field’s spectrum. It can change all by itself: Since the velocity of deep-water waves (meaning that the water depth is large compared to the wave length, which is the case in all the pictures in this post) depends on their wave length, and longer waves move faster than shorter ones, a gust of wind that ripples the surface in one place will not make a ripple pattern that propagates “as is” over the water, but the spectrum of different wave lengths will separate, with the longer, faster waves overtaking the shorter, slower waves. 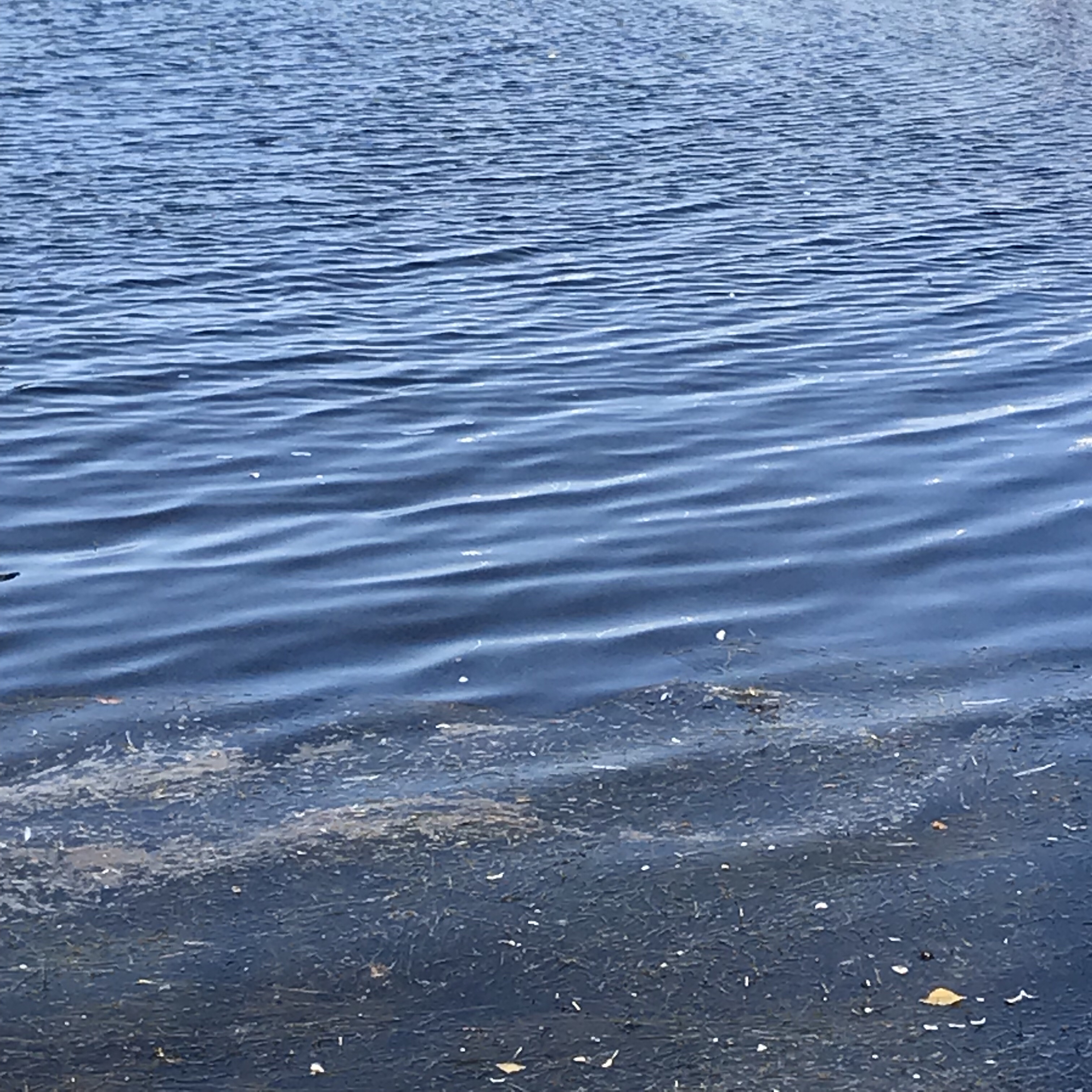 That’s what you see above: The shorter, slower waves can’t keep up with the longer ones. And then the longer ones run into the area covered by the surface film, and again only the longest ones manage to propagate into that area while the rest is filtered out.

Wind causes ripples which then grow into waves

I’ve kind of assumed that everybody knows this, but here is a nice example of how wind causes waves in the picture below. Just out of the upper edge of the picture below, there is a pier that shelters the down-wind water from the wind, causing a flat and smooth surface close to it. 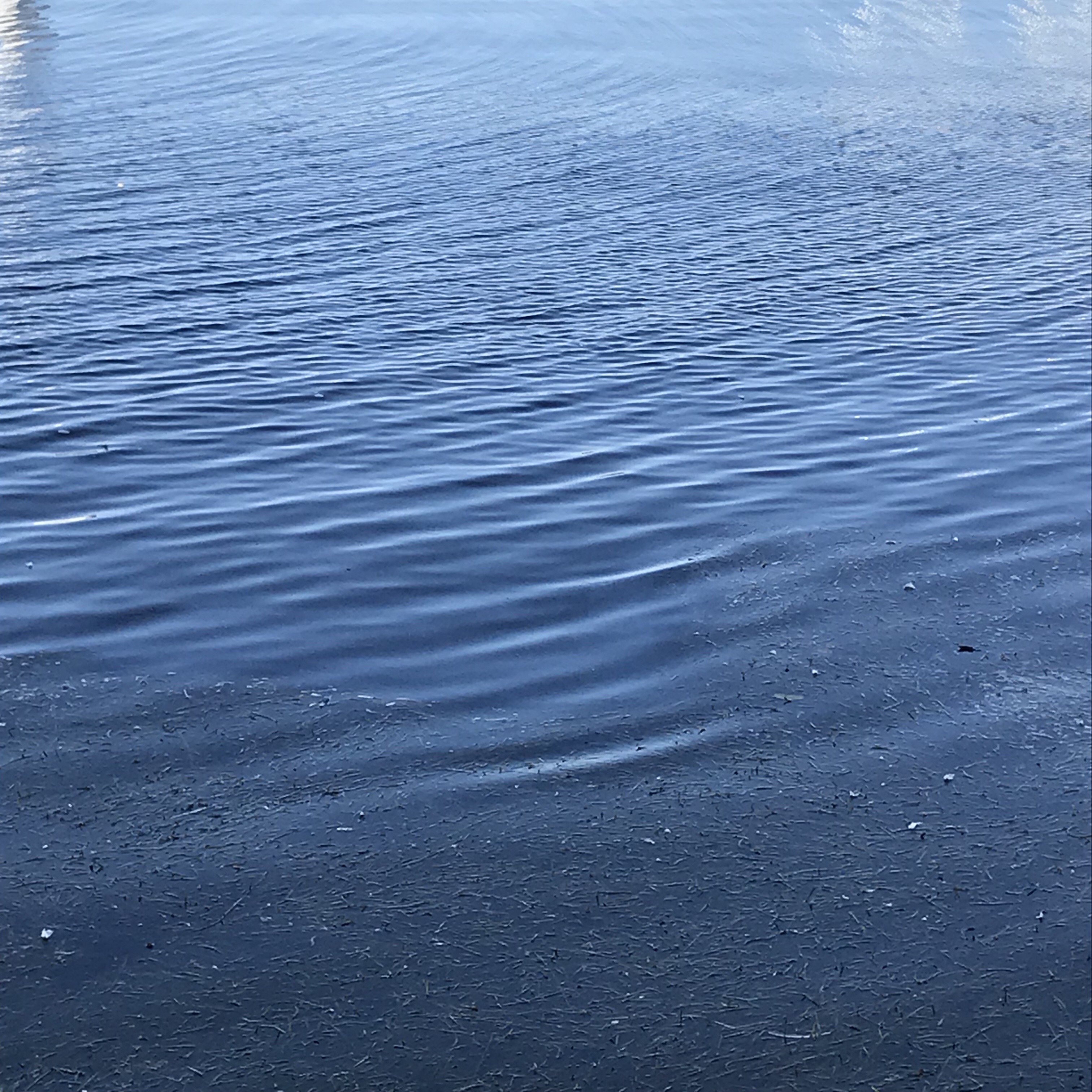 After the wind has had the opportunity to interact with the water surface for a little while, ripples form. They then grow, and yada yada yada, we are back in the situation shown in the picture above the one above this one.

Growth and destruction of waves

Would you have been able to explain the four different zones shown in the picture above? Would you recognize what’s going on if you happen to observe it “out in the wild”? Then you are well prepared for upcoming wave riddles! ;-)

Remember how we talked about how waves seem to propagate extremely slowly into that calm patch that occurs when a boat pulls away from a dock? Well, the other day I noticed that there is even more physics you can see when watching a similar situation: You see how long waves propagate much faster than short waves (that is for deep water waves, in shallow water the wave speed only depends on water depth, not on wave length) Here you see a formerly smooth patch of water where the Håkon Mosby was until a minute ago, and you see how long waves have already propagated into that smooth patch while shorter waves are everywhere in the choppy water around the smooth patch, but have yet to propagate into it. Now that I think of it I’ve seen this many times before, I just never noticed. It’s even visible in the video I posted with the other blog post.

And here is a video. Note how the long waves invade the smooth spot of water long before the shorter waves do: