Today we have foam patterns again, but of a very different kind than usually: 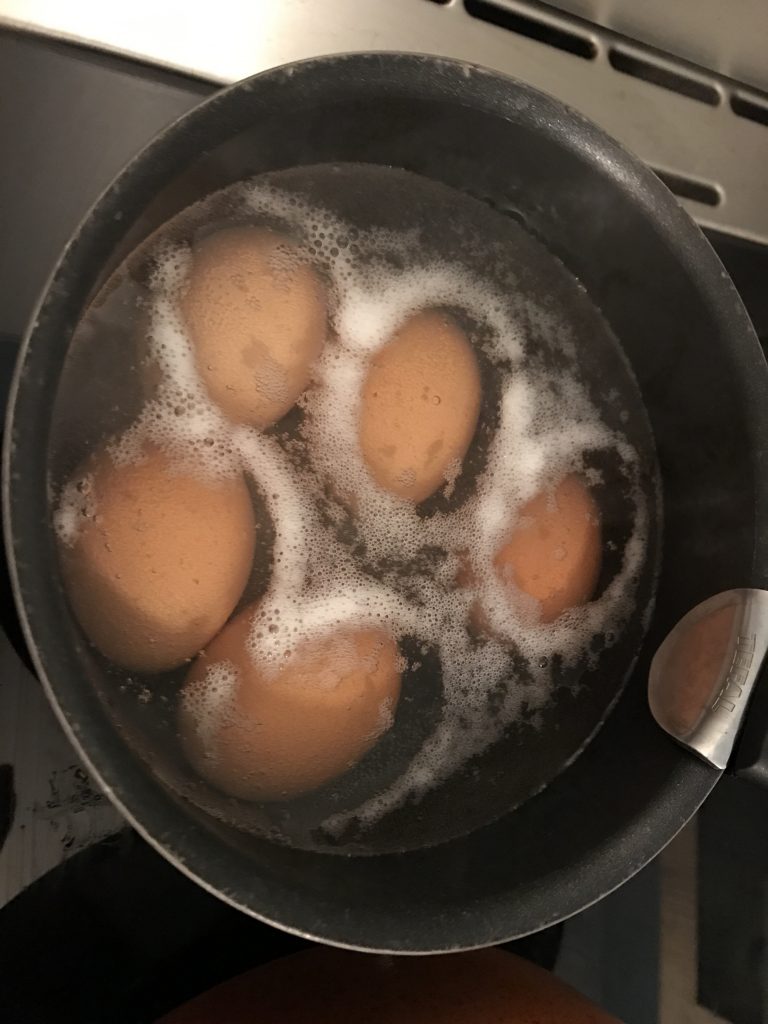 I don’t know if I have just never noticed before (I can’t really imagine I would have missed that?), if it never happened when I have boiled eggs because I always boil my eggs with more bubbles and hence more turbulence, or if French eggs are just different from german eggs? 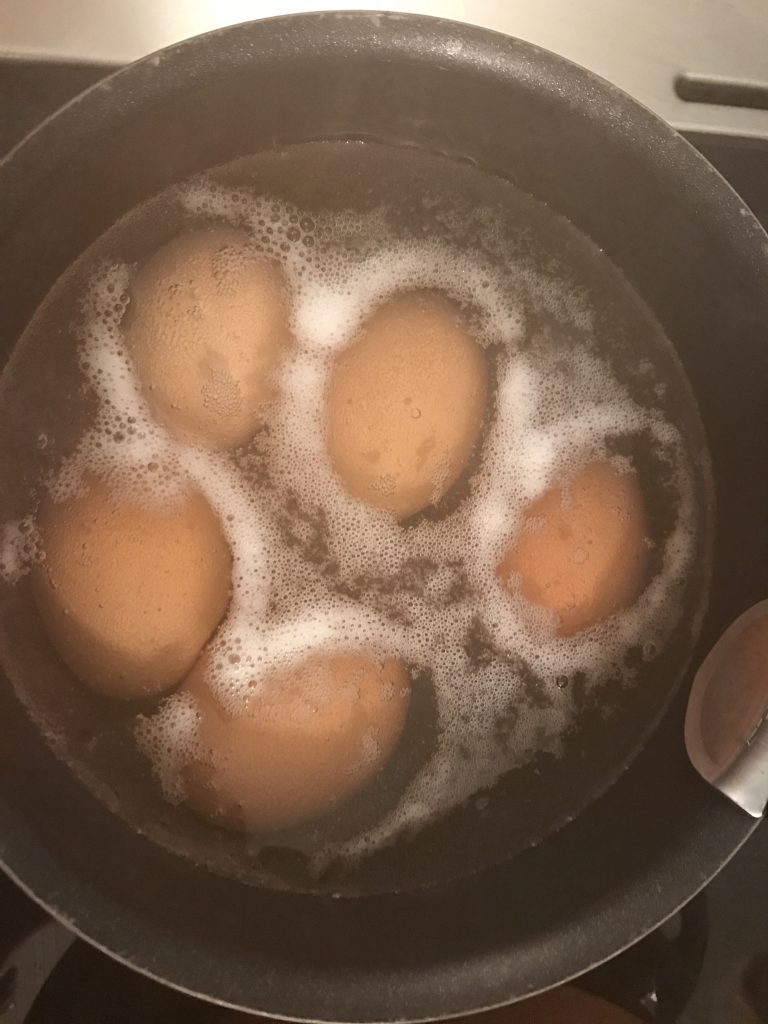 But living in this shared flat in Grenoble is proving to be quite educational. Not only have we learned that you should never wash eggs because that destroys some protective layer of “hen juice” (technical term coined by Nadine), we also learned that a peanut and a salted peanut have different names in French (l’arachide vs la cacahouètte), and that there are cheeses with a layer of ash in them.

But anyway, I don’t think it’s foam that comes off the eggs, I think it’s coming off the bottom of the pot. Because if those bubbles are raising up from the bottom, that would explain why there are more bubbles around the edges of the eggs (when they had to move around the eggs to get to the surface) than in between, and that there is hardly any foam above the eggs? Or what do you think? 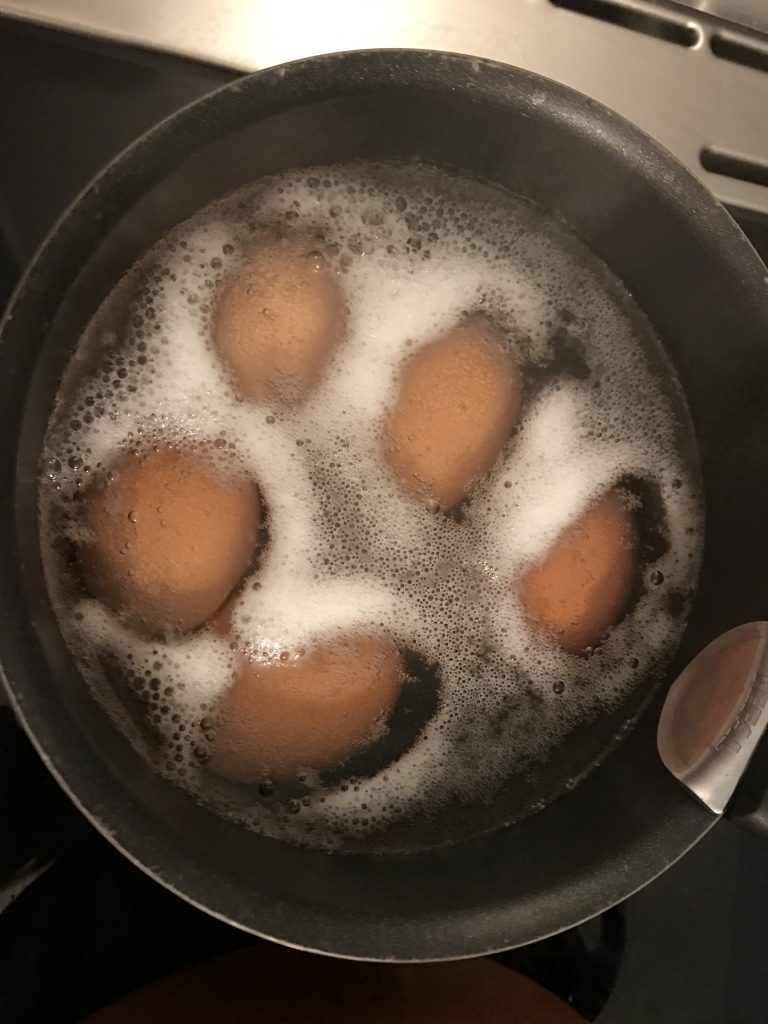 And then, of course, we are learning all the cool oceanography stuff, too, and you can read all about it over on Elin’s blog!

One weekend, my godson’s family took me to the Explorado Duisburg, Germany’s largest museum for kids. And one thing we learned there was to make foam that you can ignite in your palm! (Although, to be fair, they didn’t tell the kids what they put in, I had to walk up on the stage and ask ;-))

Watch the movie to see how much fun my godson’s mom and I had once the kids were asleep!

Of course we repeated the experiment with the kids the next day, too. So much fun :-) Sometimes you need to look at the bigger picture to understand what is going on, especially when looking at phenomena on the water.

My dad recently sent me the images below from Schleswig: Weird foamy stripes on the water. They don’t really make a lot of sense until you look at it from a different angle: Now you see how the foam is forming in the waves all over, but that only some of that foam makes it through the gaps in that floating pier, forming a stripe behind every single gap. Cool, isn’t it?

What I found also really interesting in one of the pictures was this: The different wave fields upwind and downwind from the pontoons. On the upwind side (right side of the picture above), you see really choppy water. On the downwind side, though, close to the pontoons, the water is pretty calm, and only with increasing distance from the pontoons waves start to build again. And we can see that the waves at the far left of that picture are still a lot smaller than those coming in on the right side, just right of the pontoons!