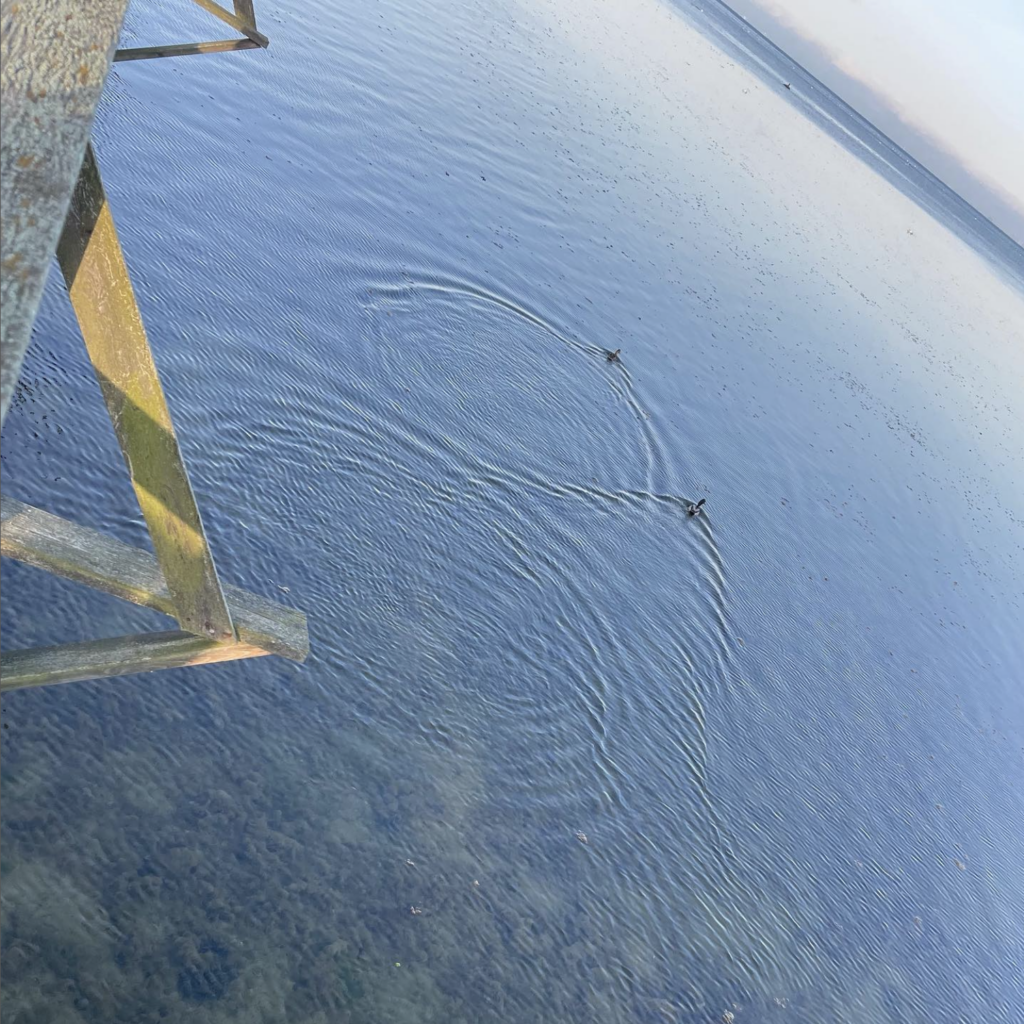 Ha, I was so keen on getting to my morning swim that I scared one of the ducks so it didn’t just swim away (like the other one), but took flight for a meter or so, before it plopped back down into the water! Can you see it in the waves? 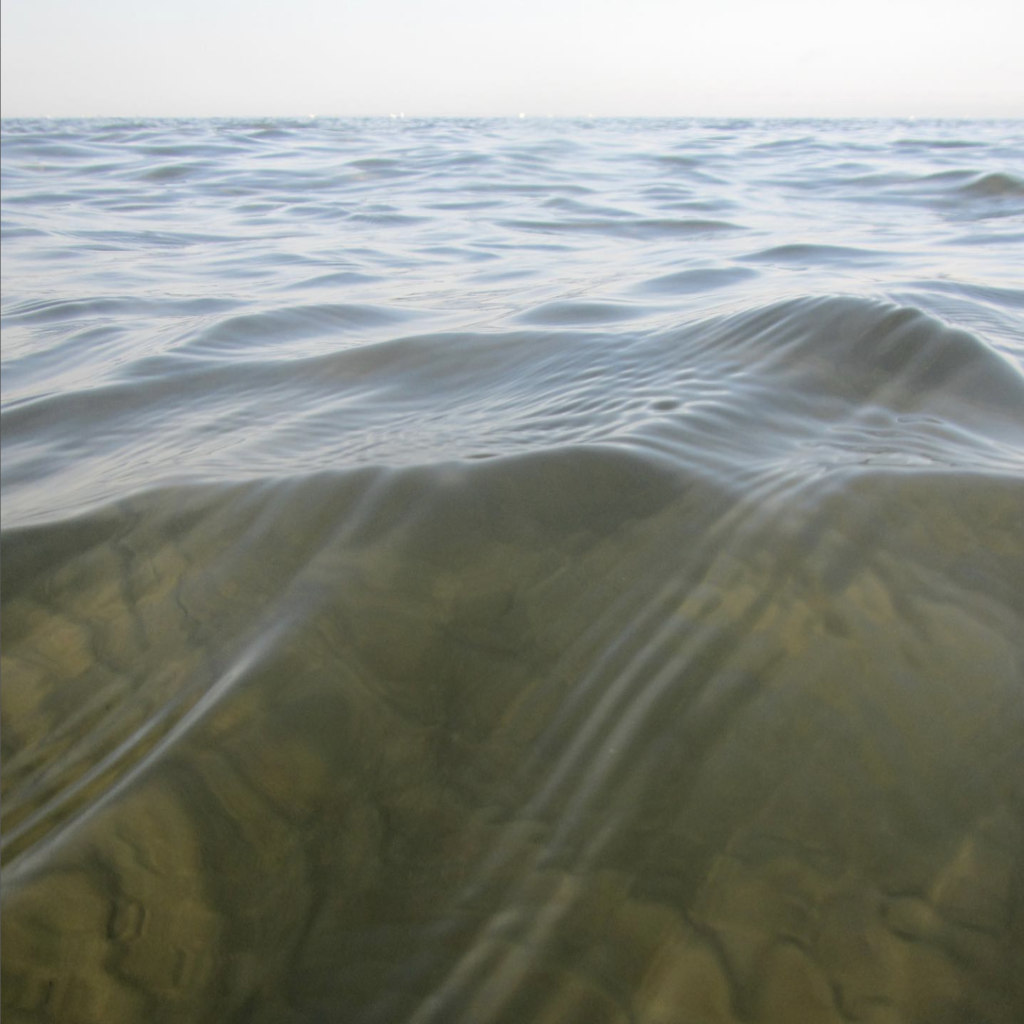 This one is for you @manelriveracamacho: an interference checkerboard pattern in capillary waves! And at the same time a really interesting case of total reflection: the whole green-yellow-ish part in the foreground is where we look directly at the slope of one side of a wave, and can look into the water because the angle is steep enough. For the whole blue area, including the one side of the capillary waves in the yellow-green-ish area, the angle is smaller, and in fact so small that we can’t look into the water any more, but instead see the reflection of the sky! 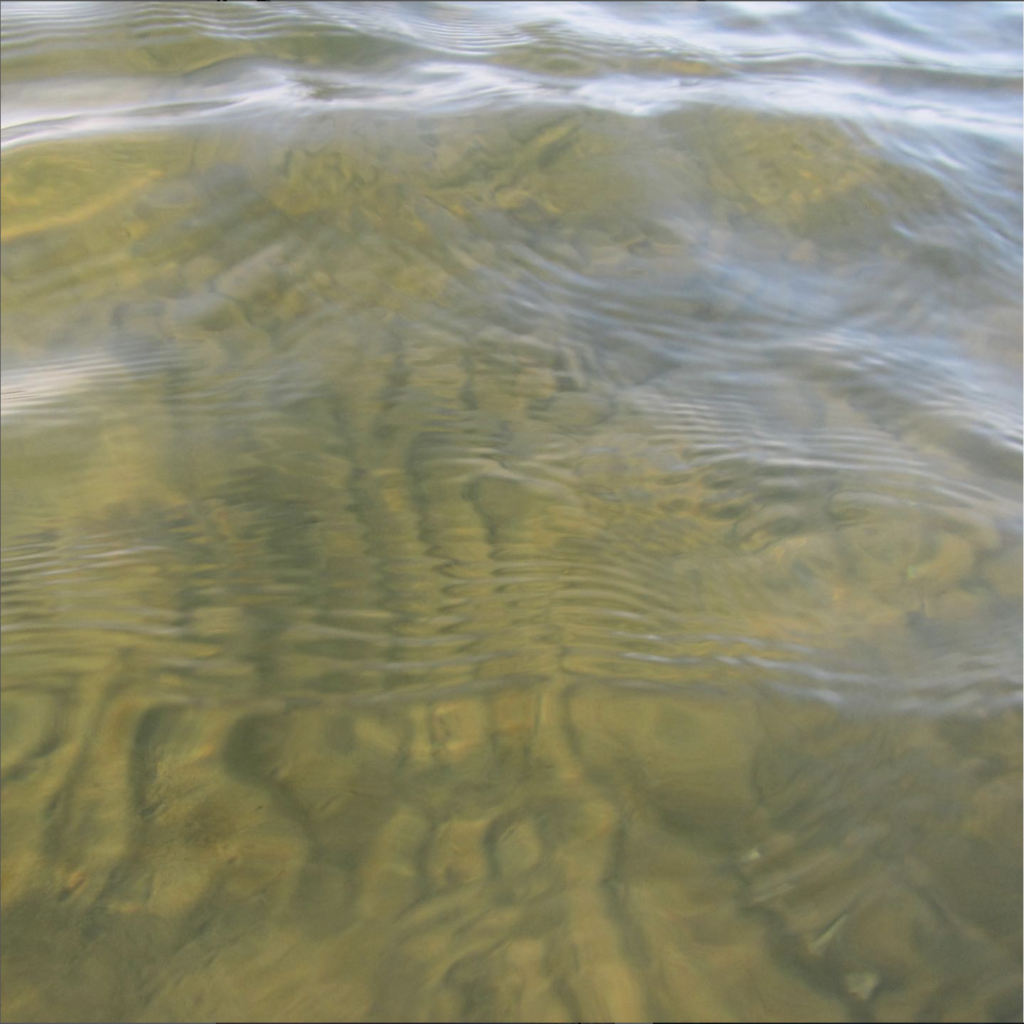 More super awesome capillary waves. See how they act like lenses and deform the straight-ish ripples in the sand into zigzags? 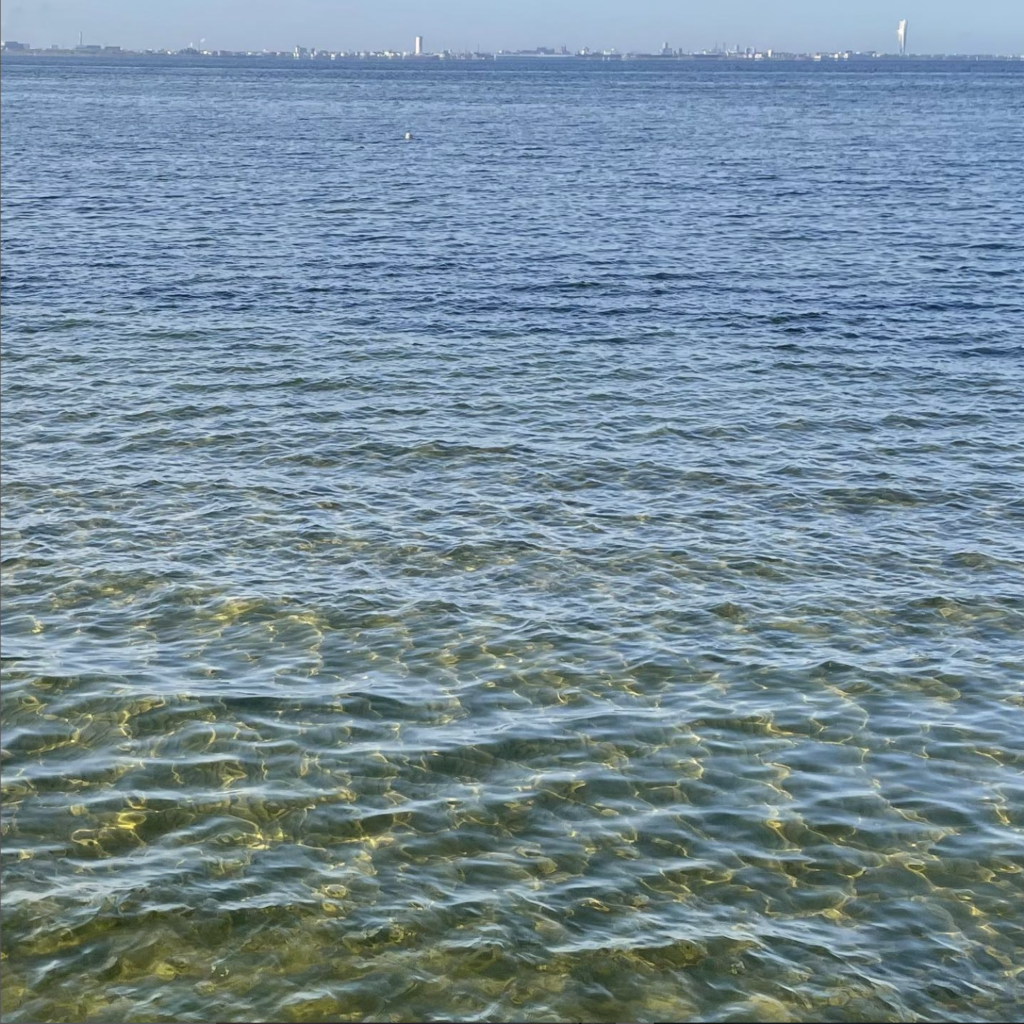 Check out the direction of the wave crests and the direction of the brightly lit lines on the seafloor. Isn’t it fascinating that they are perpendicular to each other? That’s because the part of the wave field whose crests are perpendicular to the incoming sunlight acts as lenses, whereas parallel crests don’t do much in terms of breaking light. But it still looks surprising, doesn’t it? 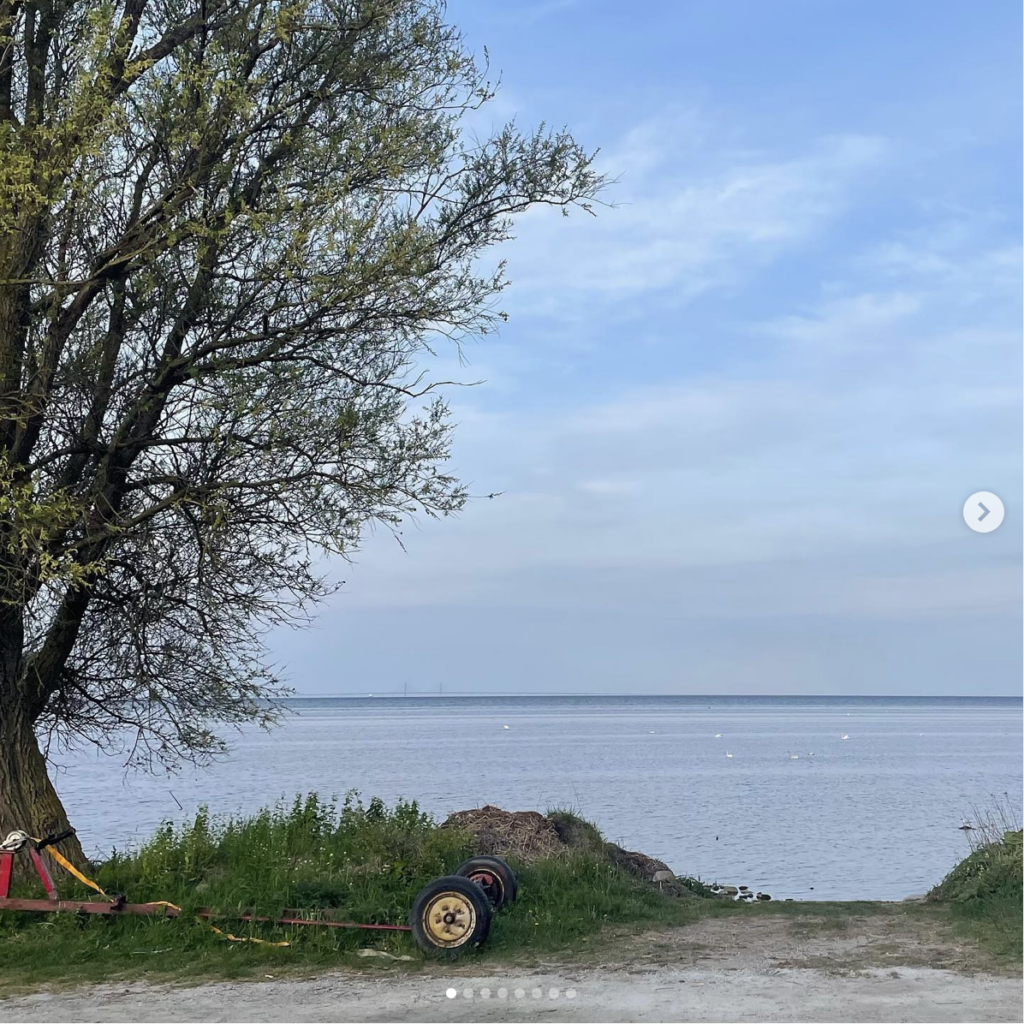 (1) This is the first good view I get of the sea on my way to my morning swims. Today, I’m taking you on a little wave mystery tour over the next couple of pics: see the dark blue stripe near the horizon and the much lighter blue in the foreground? 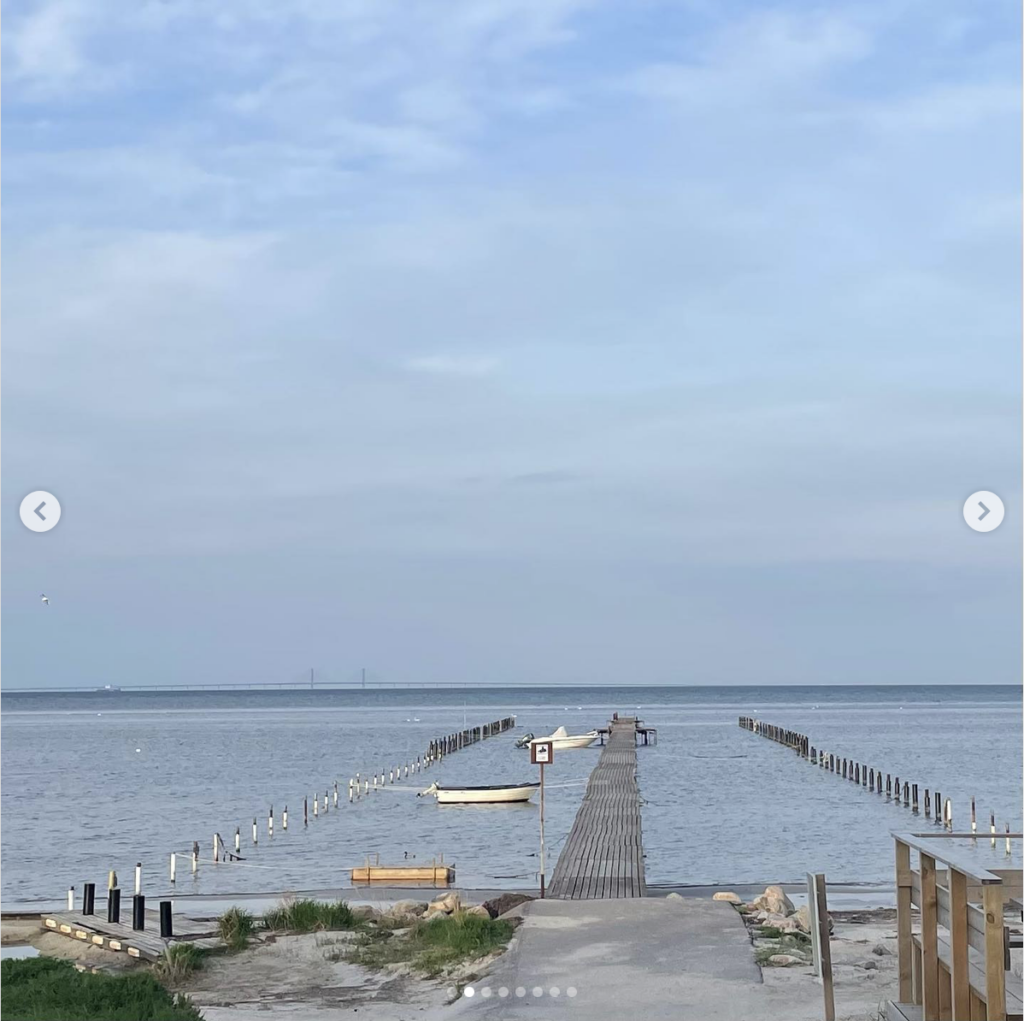 (2) Looking more closely we see that there are different stripes in the foreground. The different colors are due to different surface roughnesses: the more wave, the more diffuse reflection, the bluer things look. 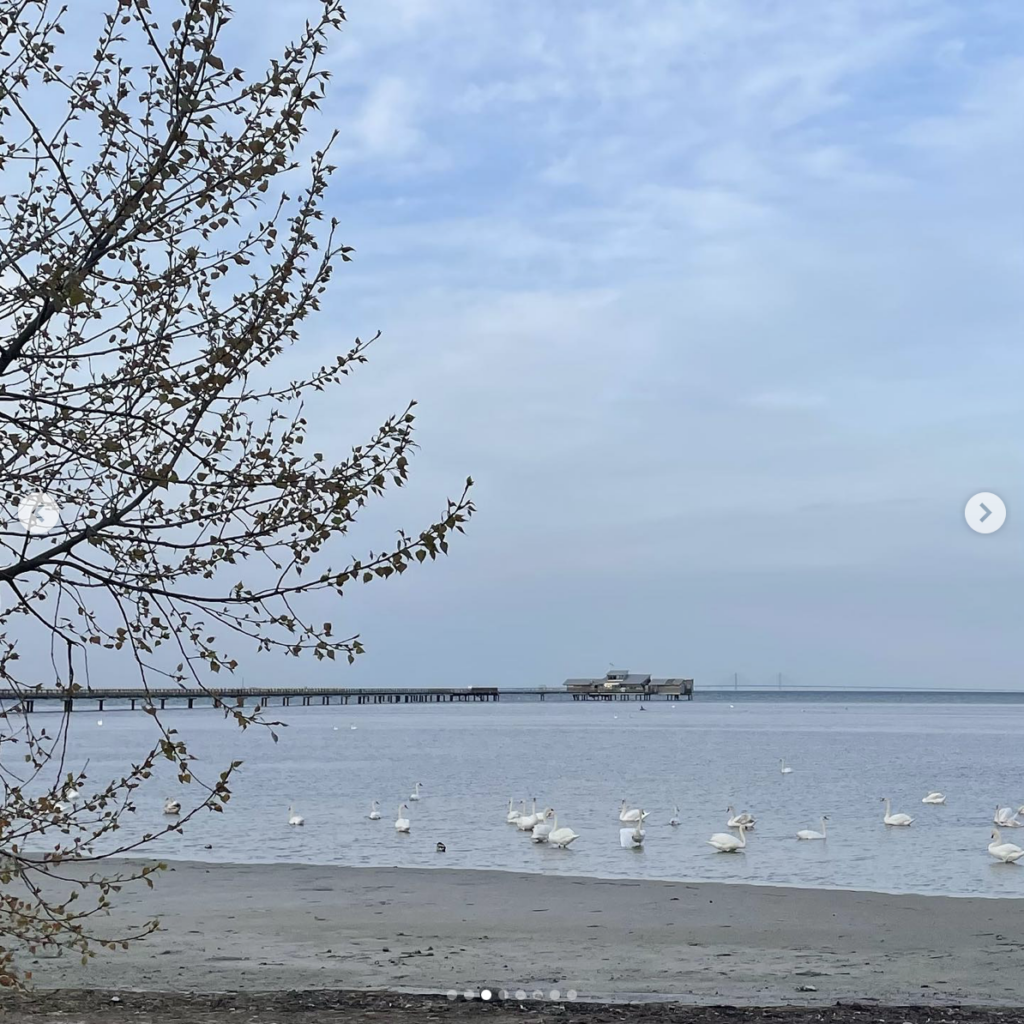 (3) First, I was wondering if this might be a depth effect: that the water at the border between dark and light blue suddenly got a lot shallower and thus the waves calmed down a lot. But seeing that I’ve been in the water here at least once for more than 10 days now and I never noticed this feature before, that explanation seems unlikely. I would have noticed if there was a sudden depth change. So what else could it be? 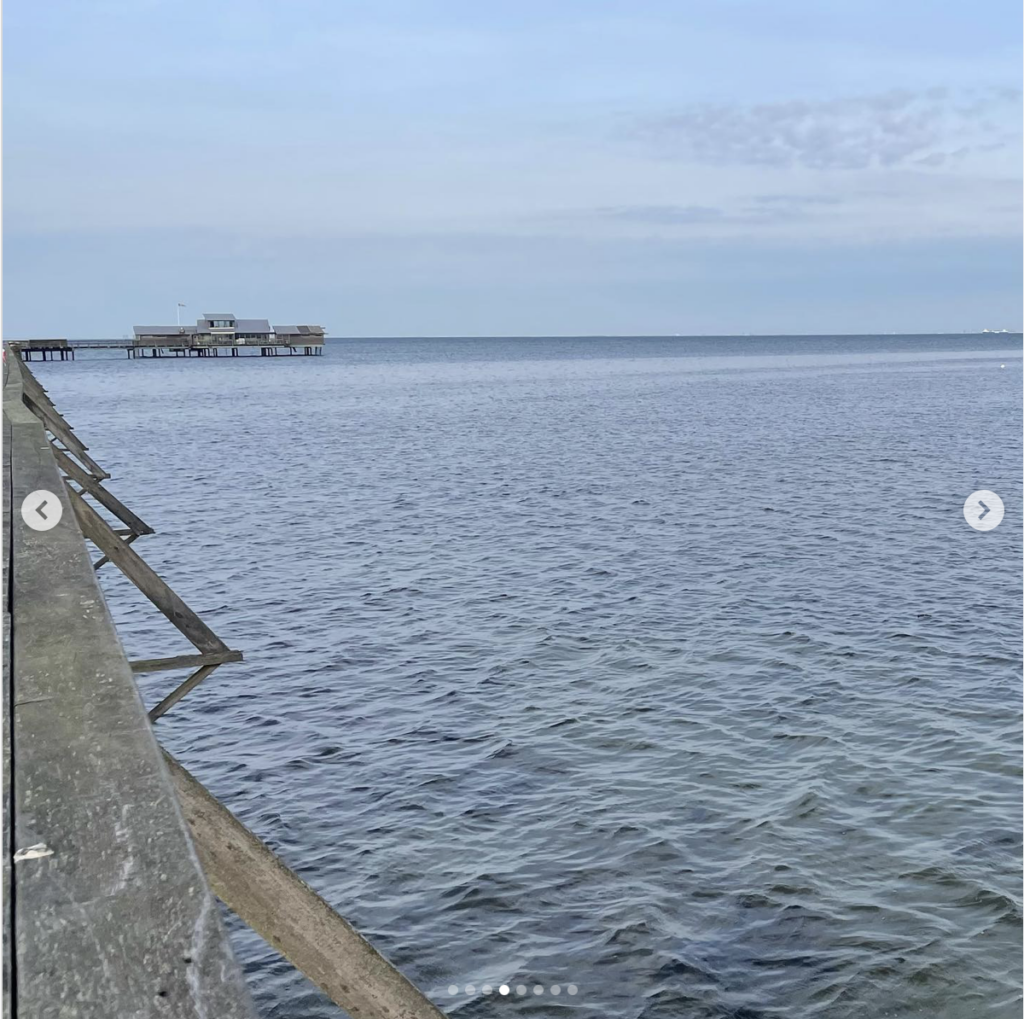 (4) Here we are getting closer to where the color changes as we walk out the 500+ meters on långa bryggan. 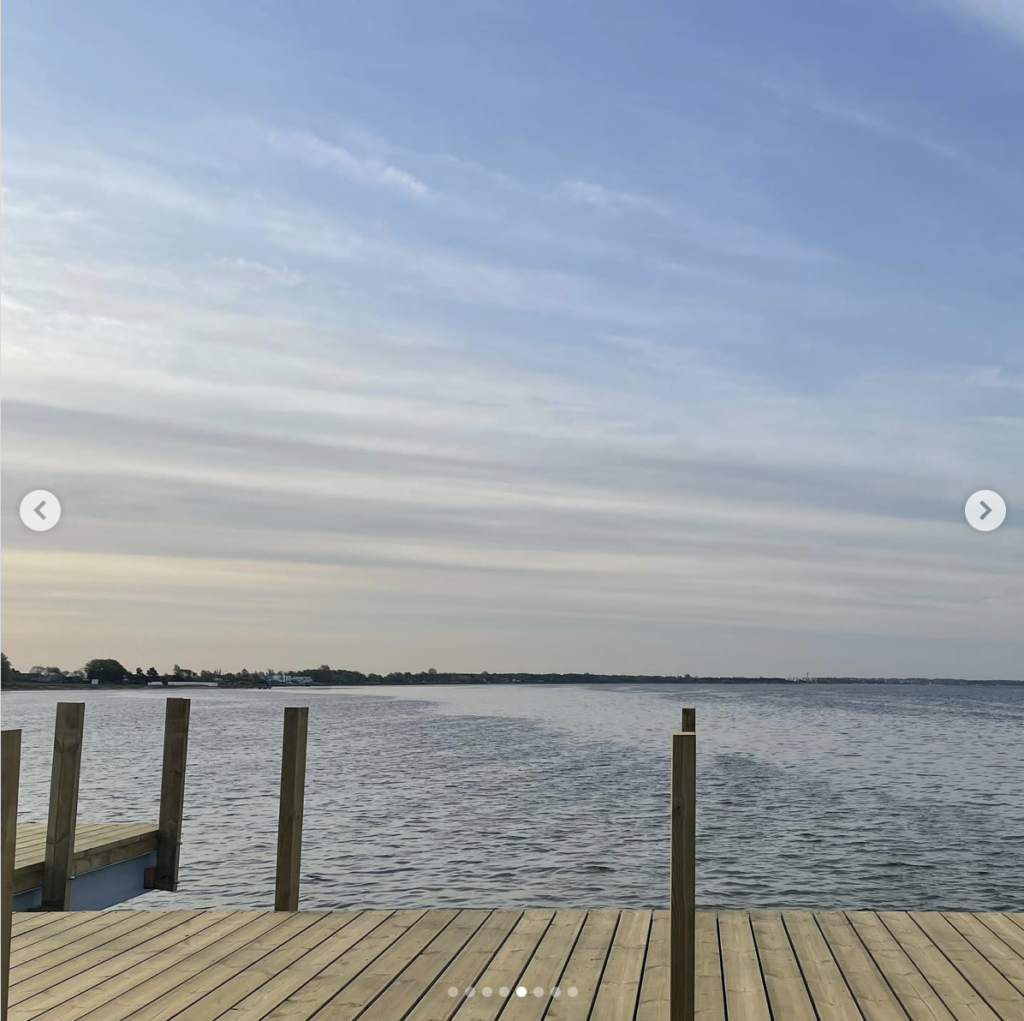 (5) Looking over to the other side, upwind, we get a clue: the light blue stripe with fewer waves starts somewhere near the coast, and it suddenly dampens waves where they run into it, and on its downwind side, waves slowly start growing again. 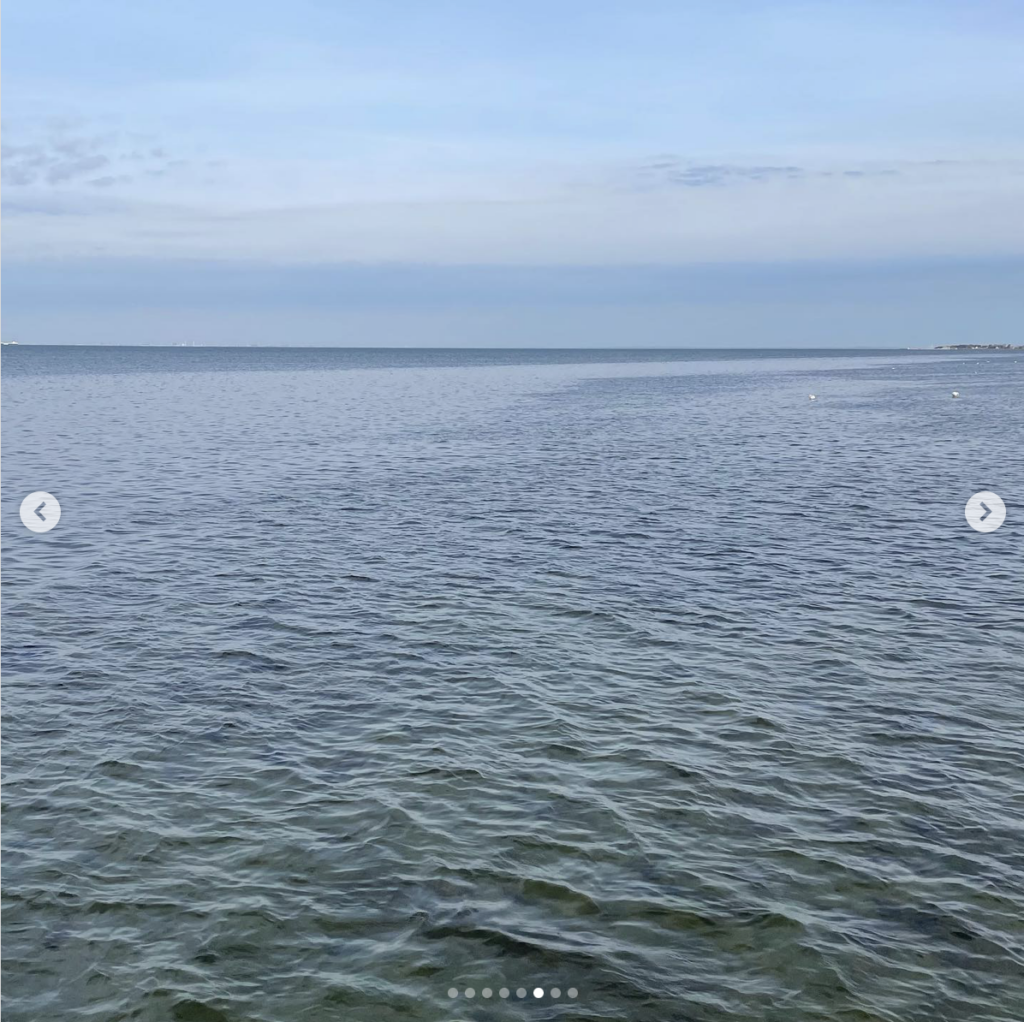 (6) Same spot as (5), just looking downwind. Again: the stripe has a clear and strong upwind edge, whereas the downwind edge is more washed out. I think it’s some kind of surface film, dampening out all waves. 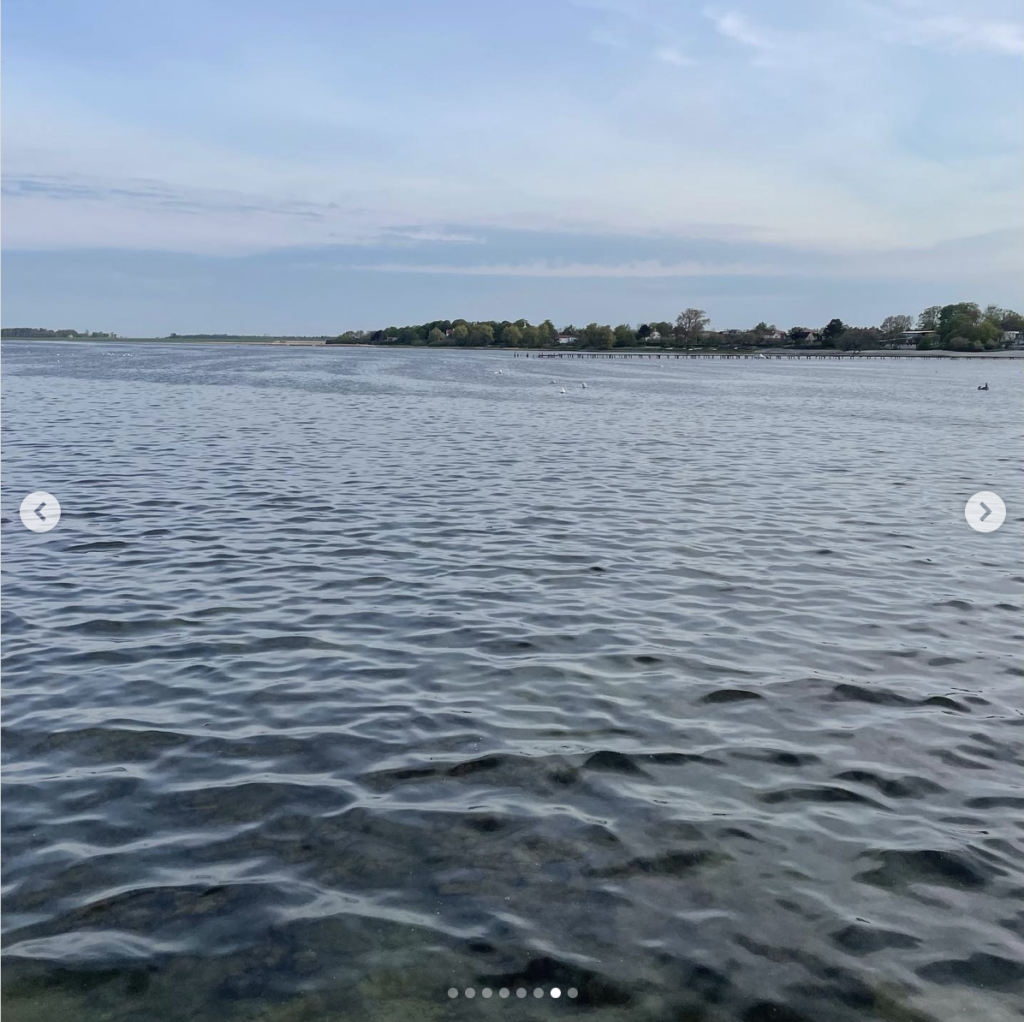 (7) Looking more closely, it’s really nice to see how the downwind edge develops into all these smaller stripes! 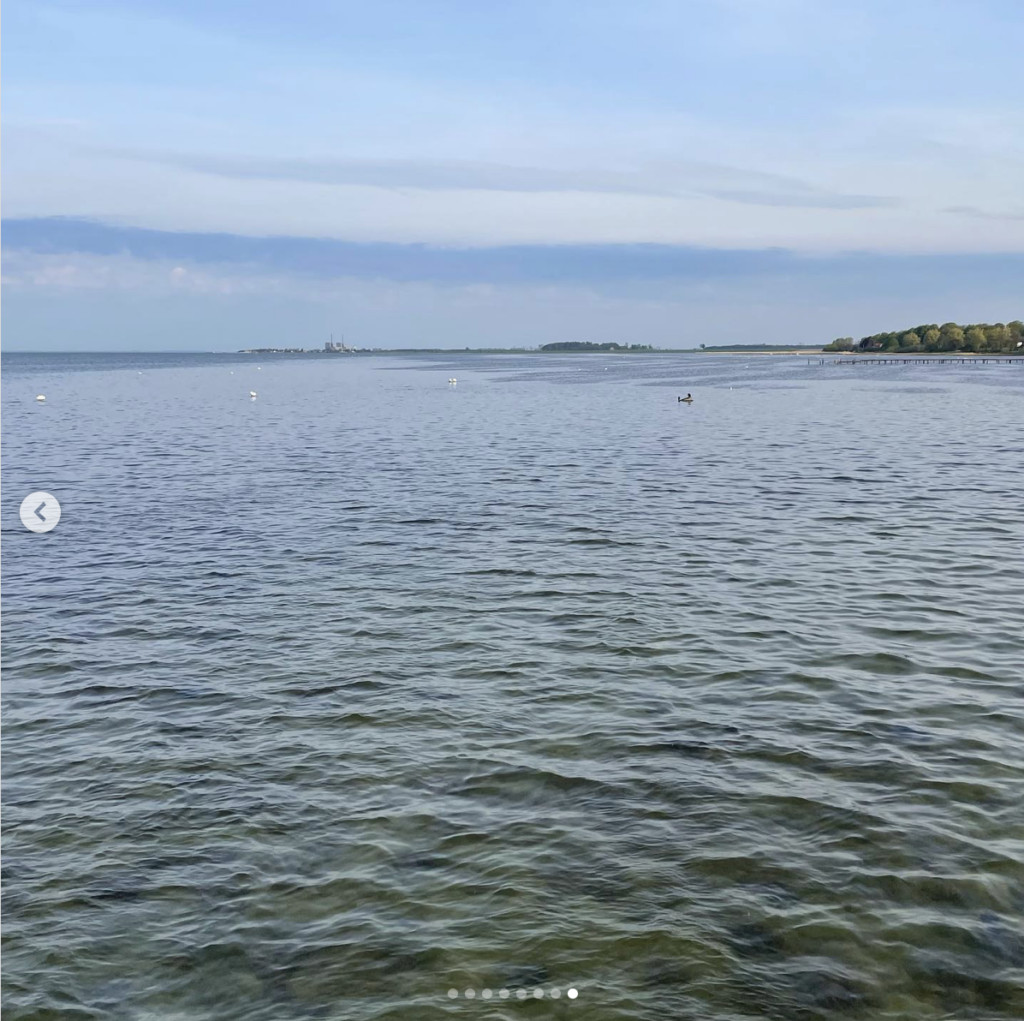 (8) Some 15 minutes later, on my way back from swimming, it is very clear that it’s a surface film: it has moved a lot further landwards! Now wouldn’t it be great if I had taken a picture from the same spot as before for comparison? But I was already on the way to the bus for work and it didn’t occur to me until I was on the bus… Next time! 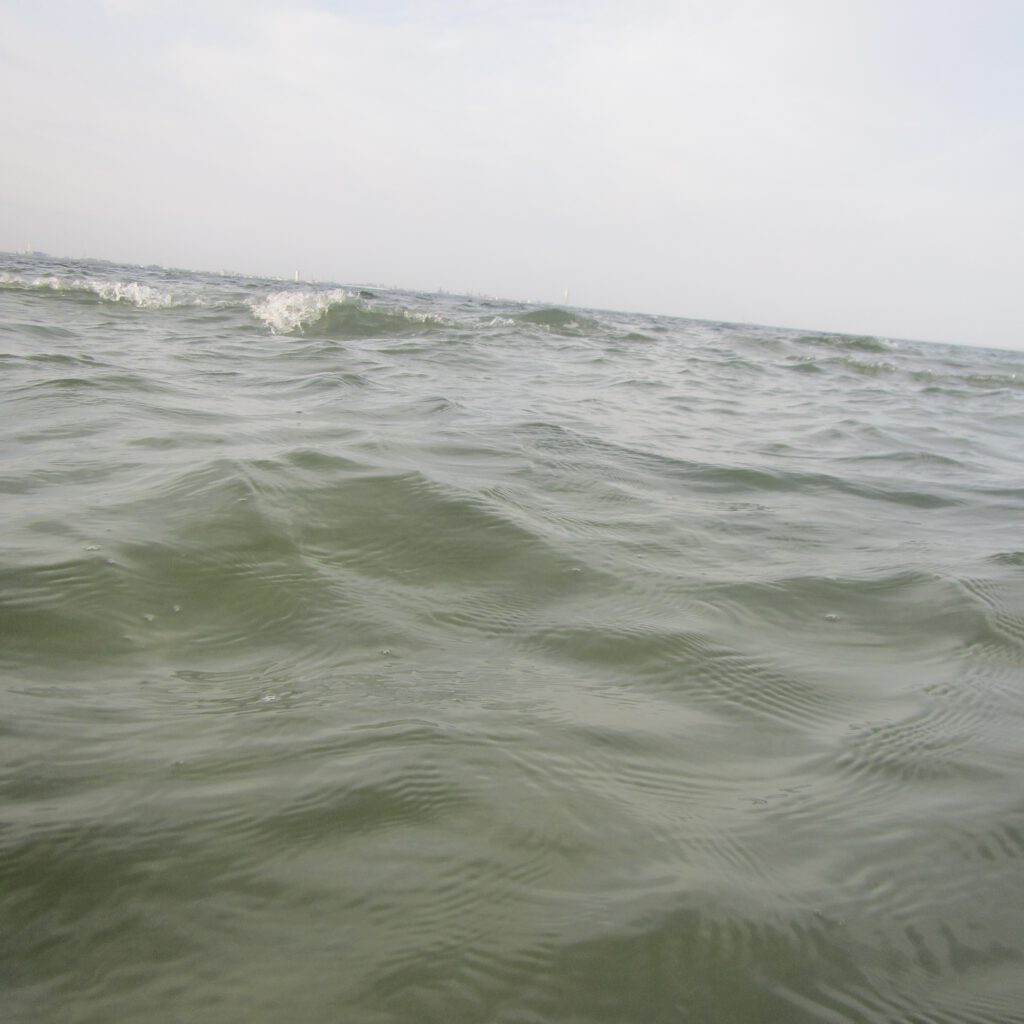 What I find super fascinating about taking pictures from right inside the sea: how different scales show up in the same picture. Those pretty groups of capillary waves right in the foreground, and the much larger, partly breaking wind waves, too. Because it is all happening at the same time! 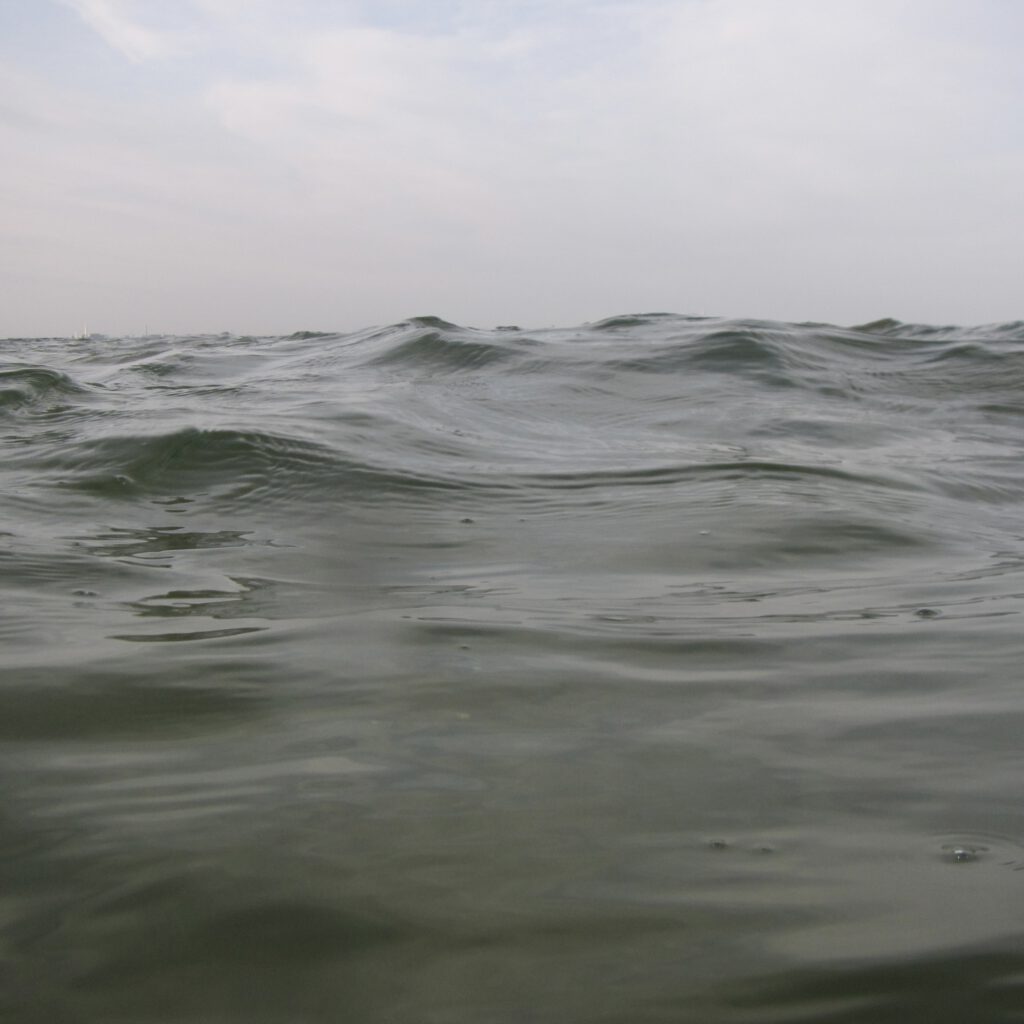 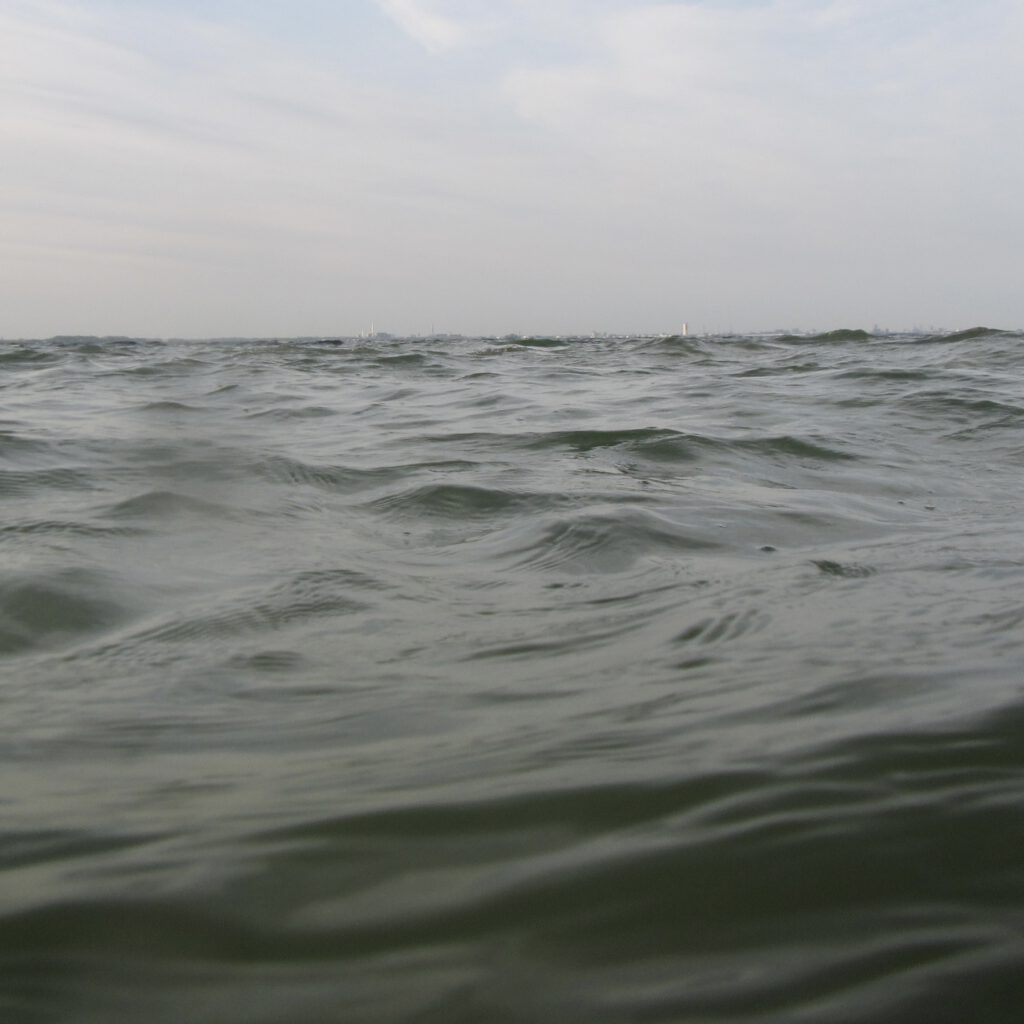 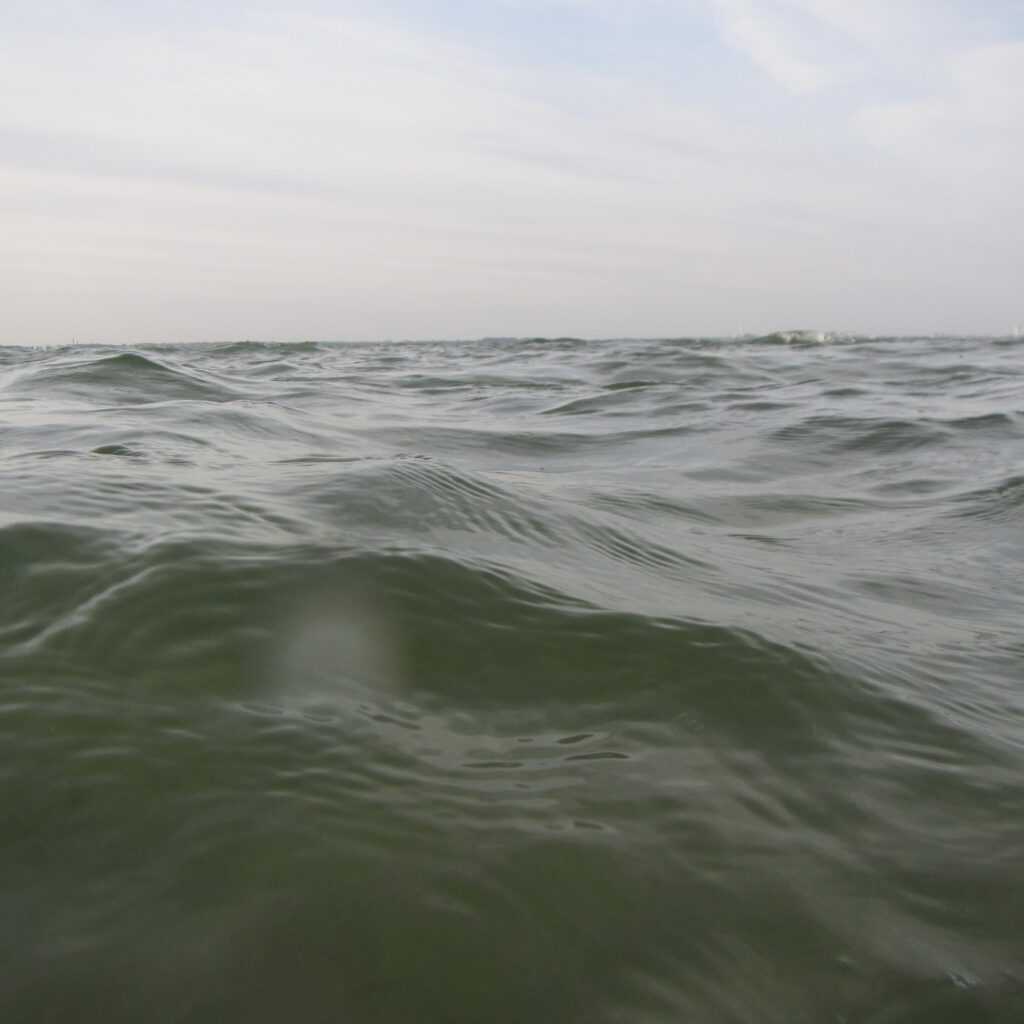 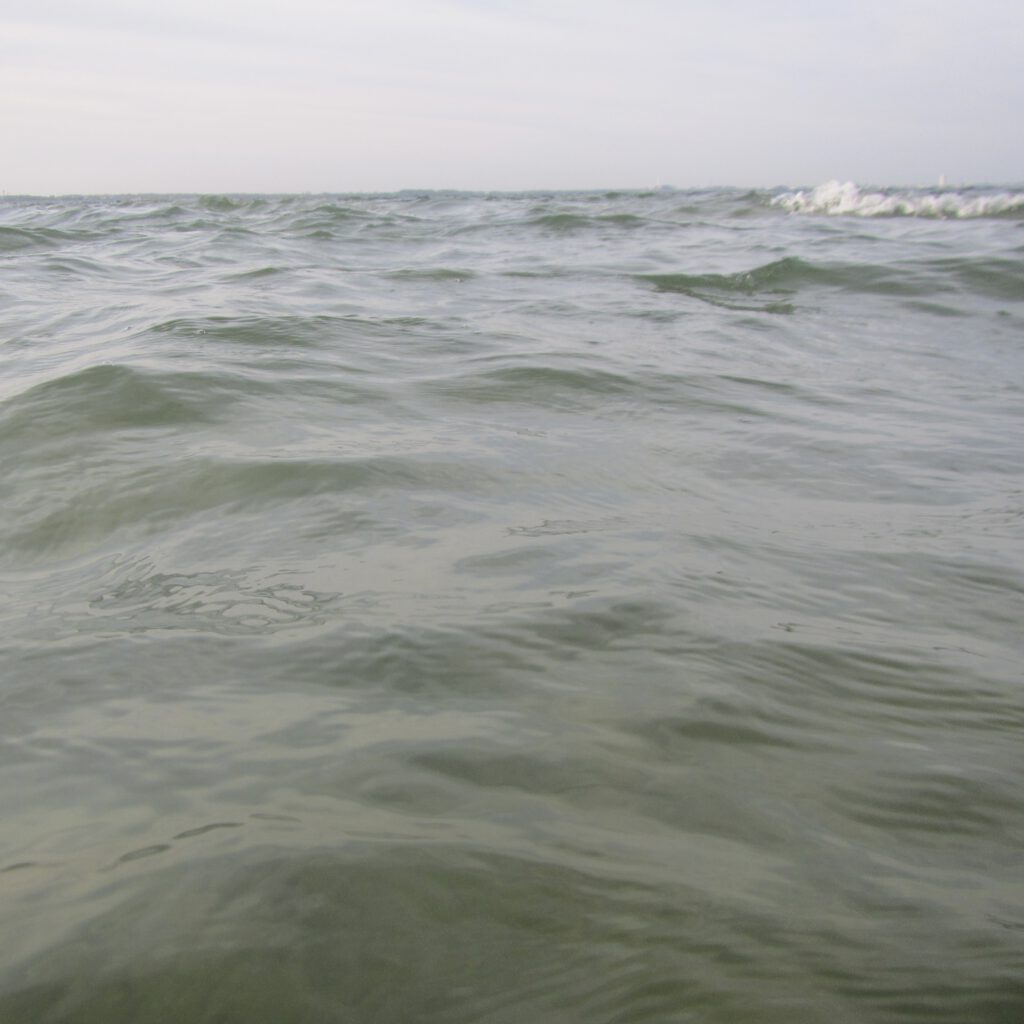 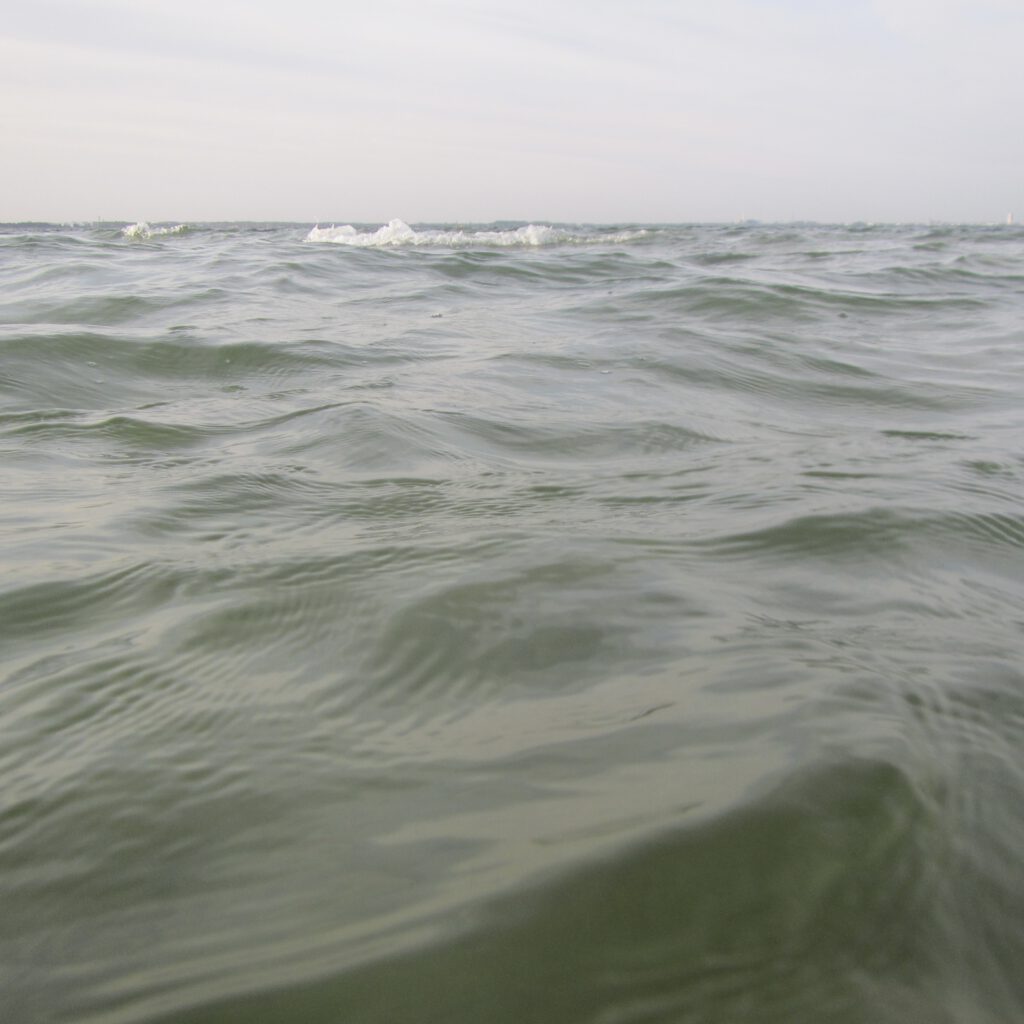 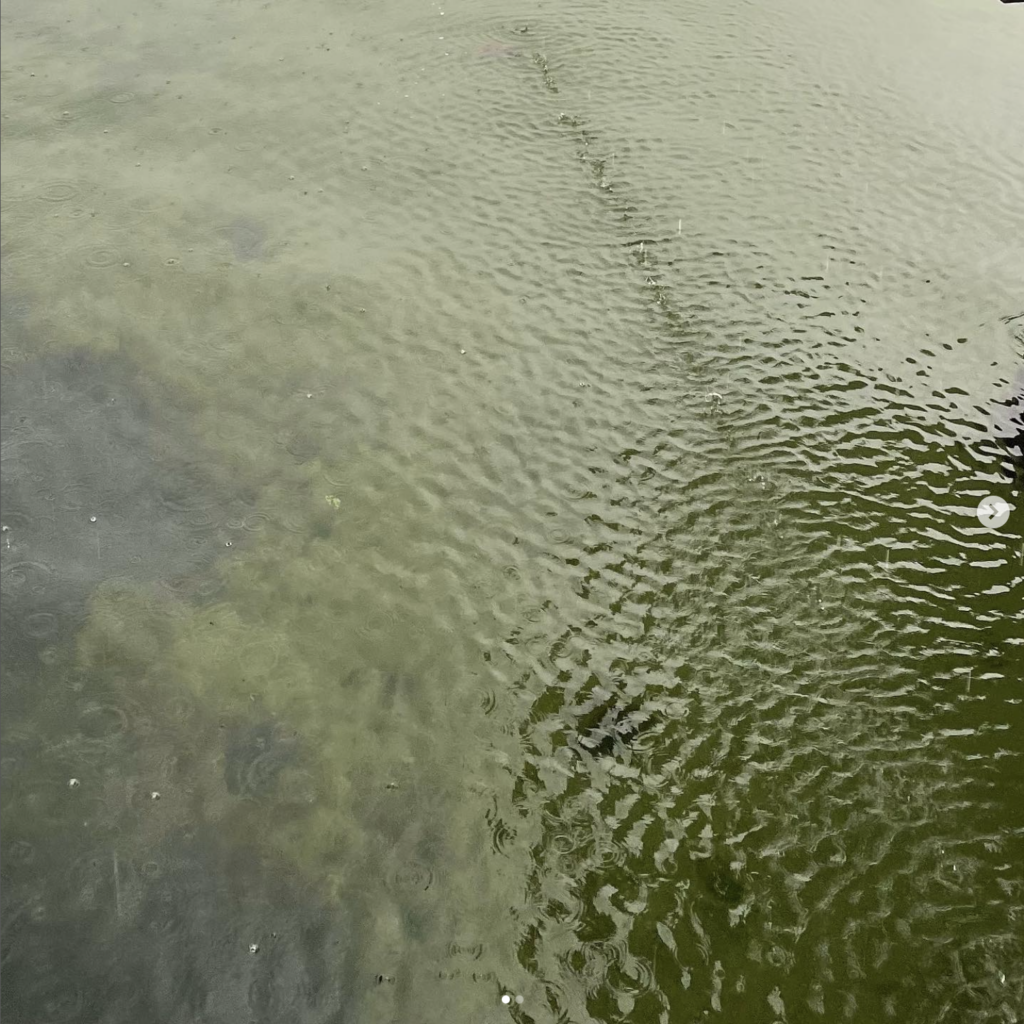 A little rain and no rain gutter on the sauna, just to make the waves more interesting. Thanks, very much appreciated! 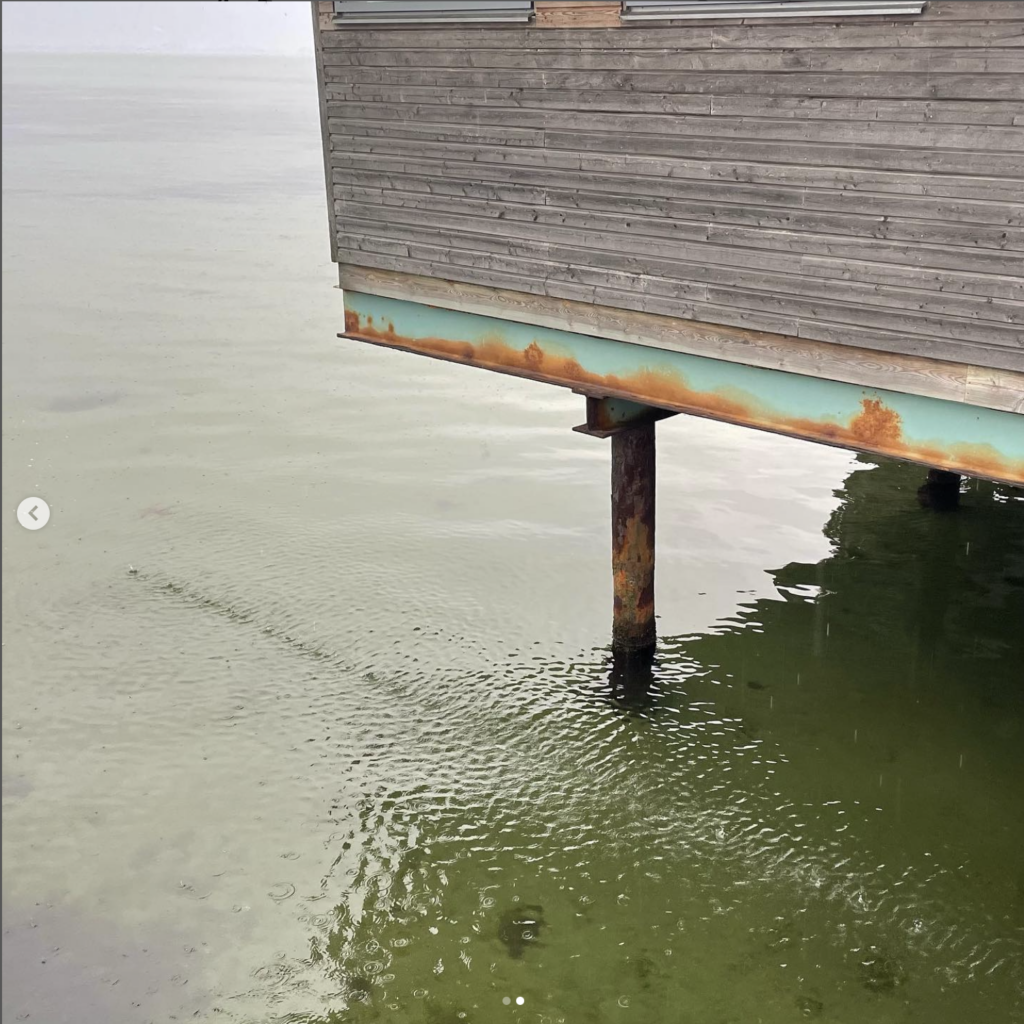 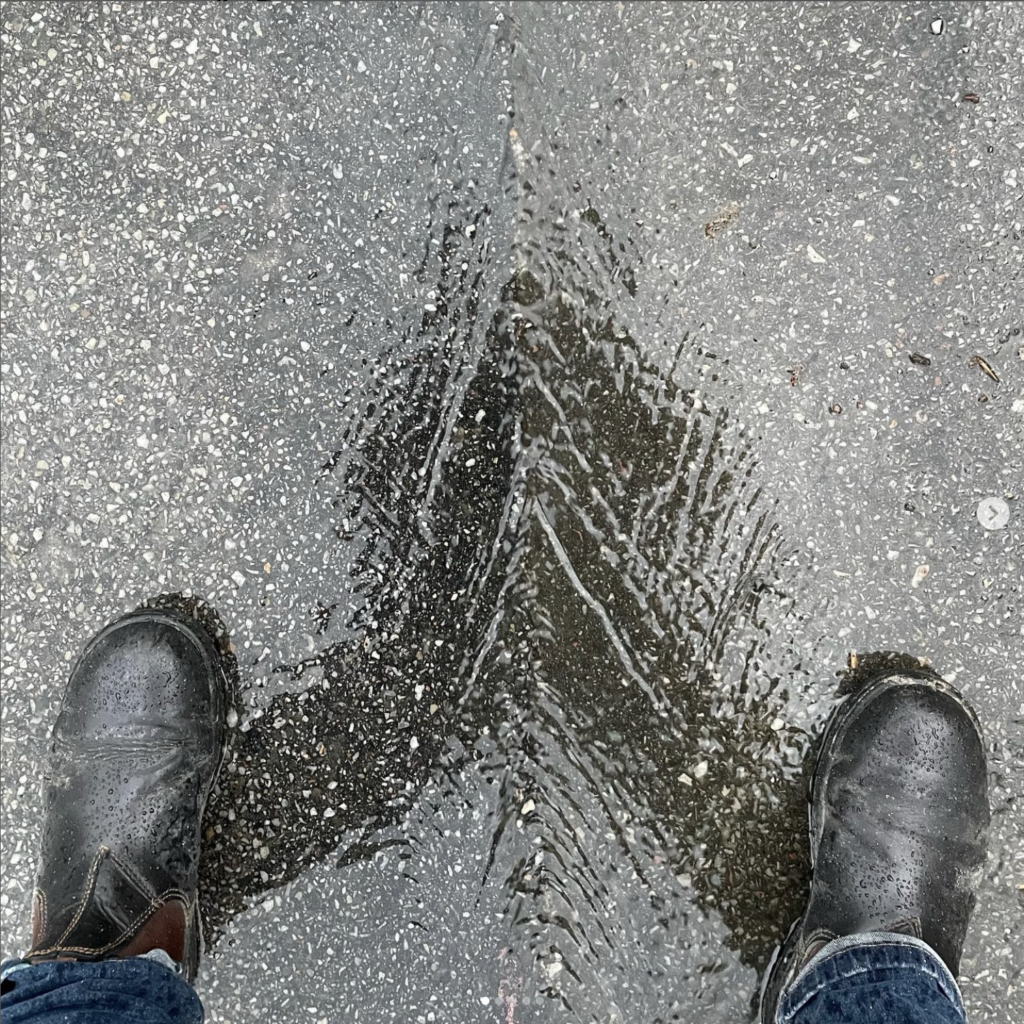 I love checking out different kinds of streets in the rain. Today: all flows top to bottom (except the last one which I forgot to rotate, and now I’m too lazy). The upside-down Vs are caused by disturbances on the seam in the asphalt, they are standing waves. The right-side-up Vs are also standing waves, but radiating from the outside in. At some point my phone display got too wet so I had to stop taking pictures and go home, which is probably a good thing seeing how these waves look even more awesome in real life. Really difficult to take pictures of! 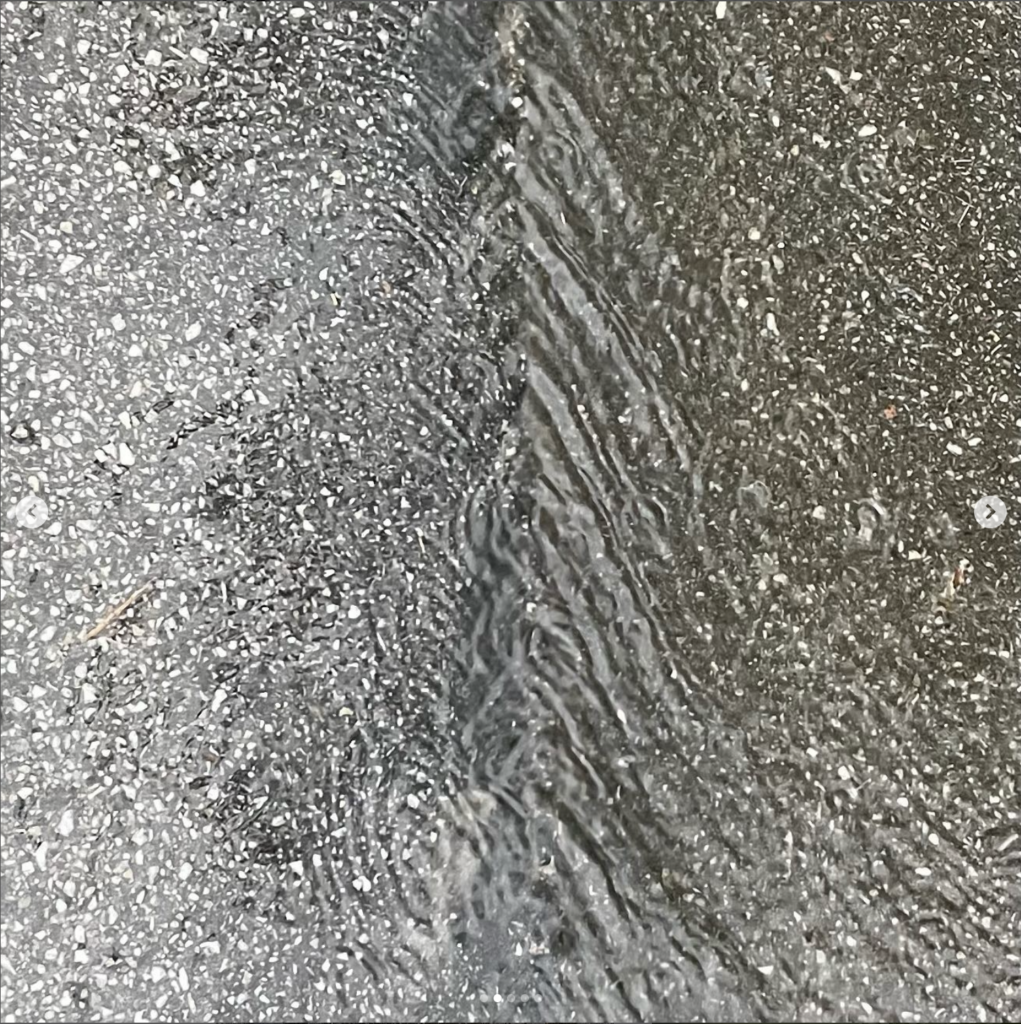 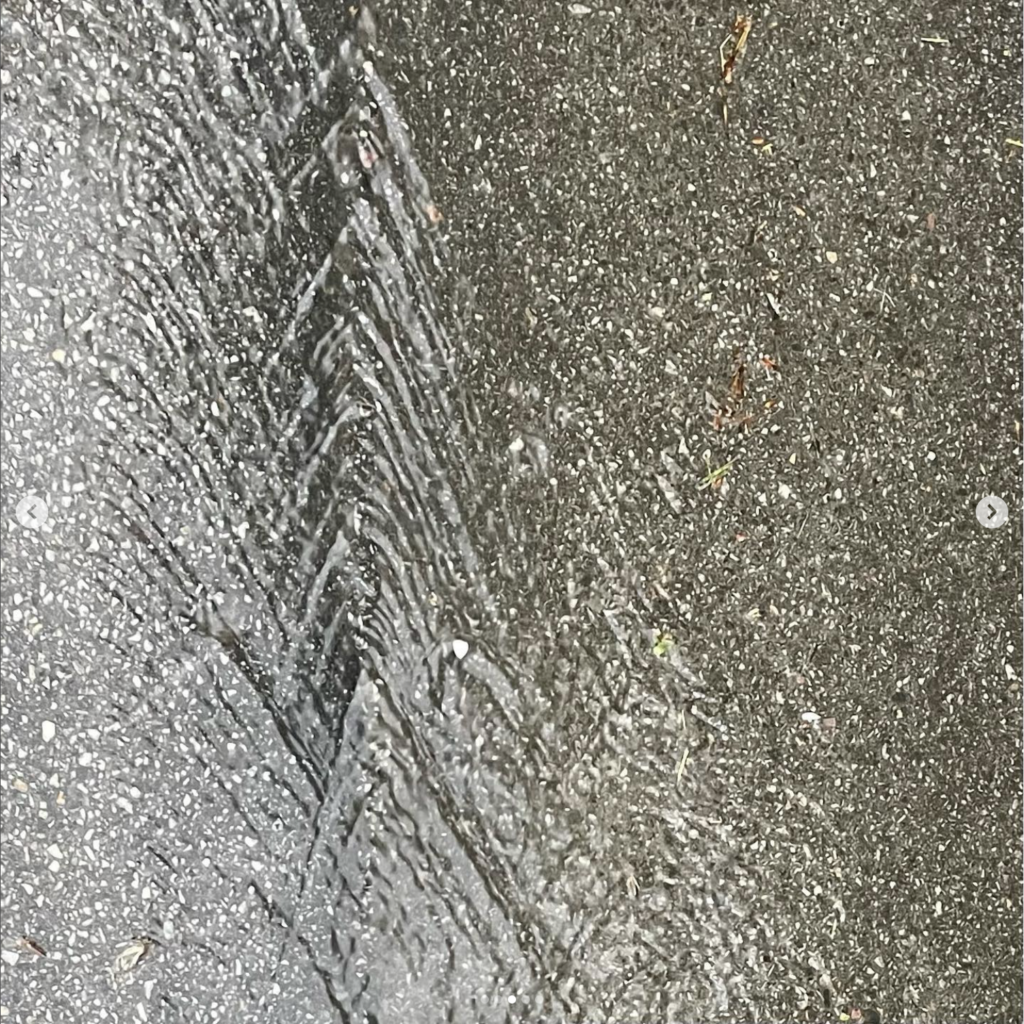 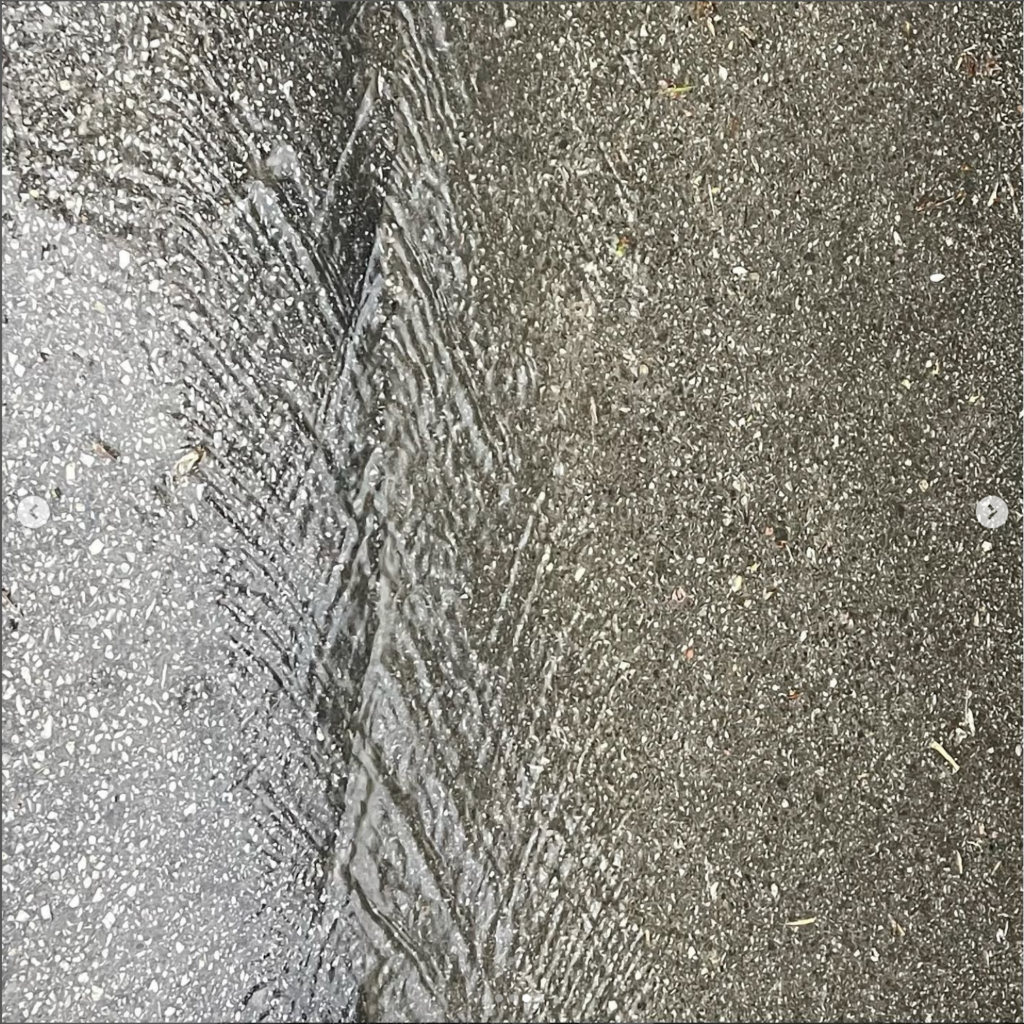 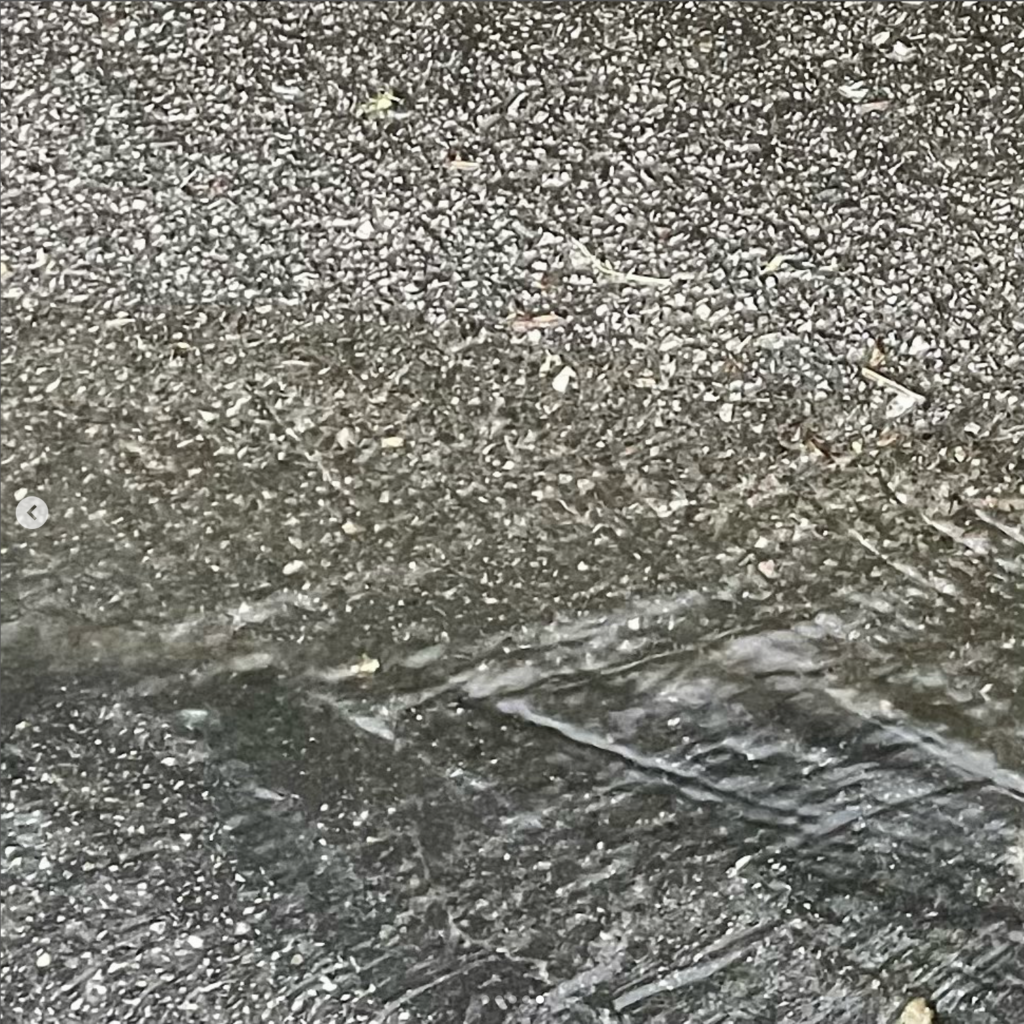 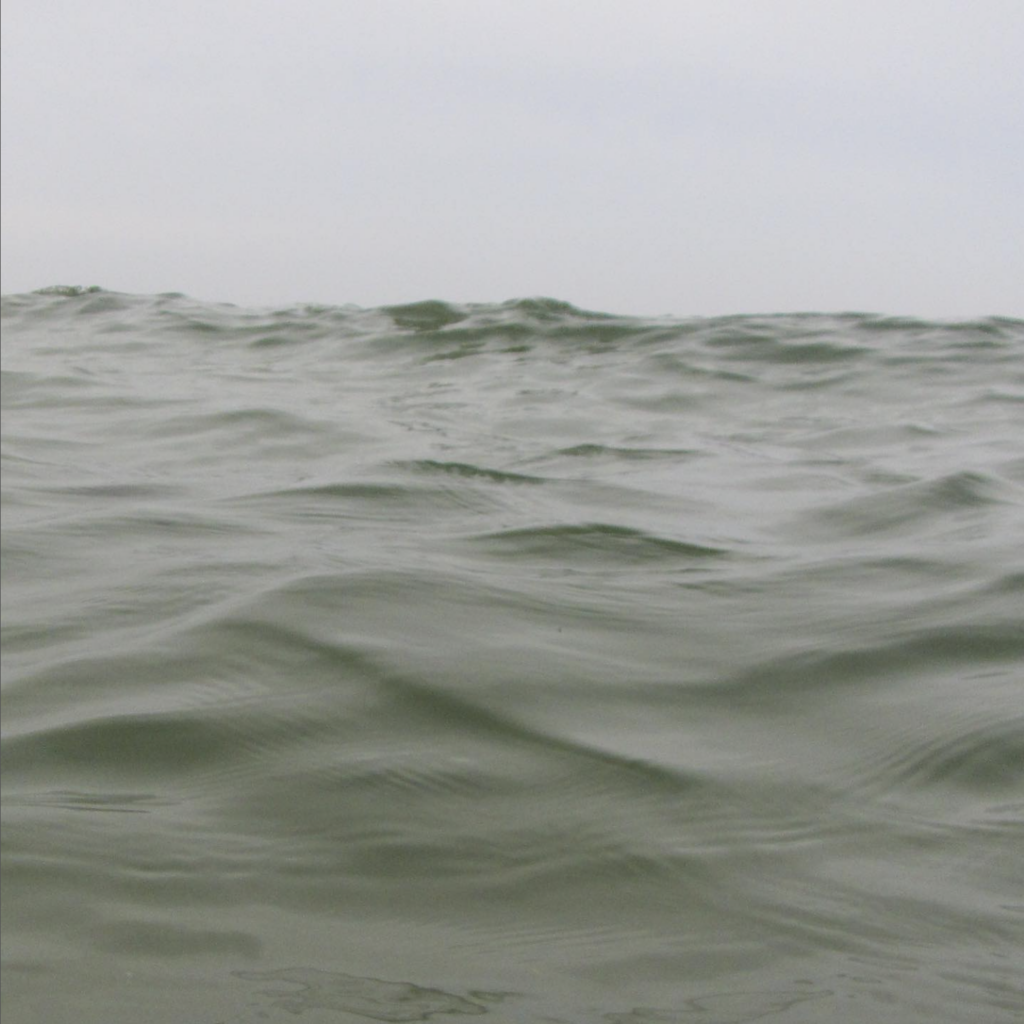