All of the last two week’s #WaveWatching Insta pics in one place, for your viewing pleasure! :) 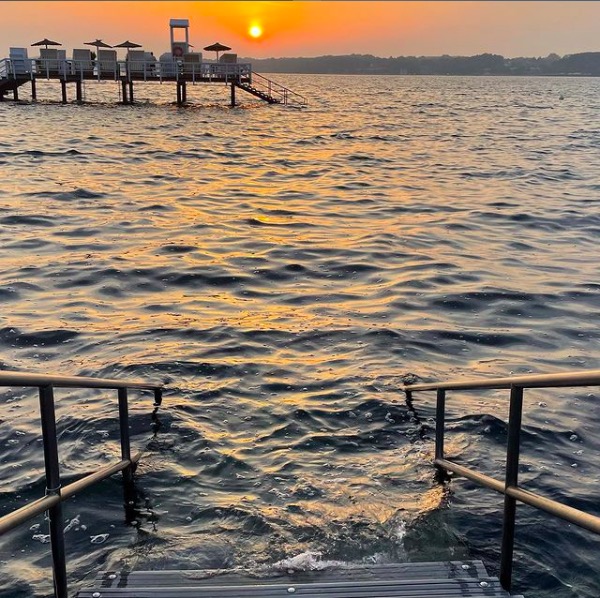 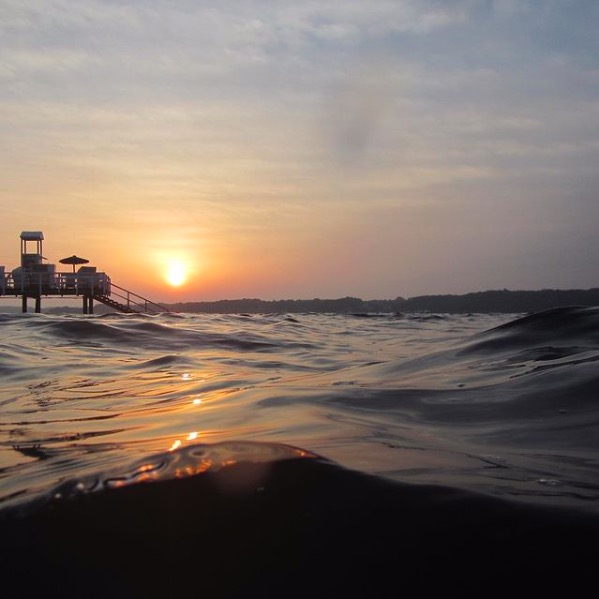 Waves look a lot bigger when observed from water level… 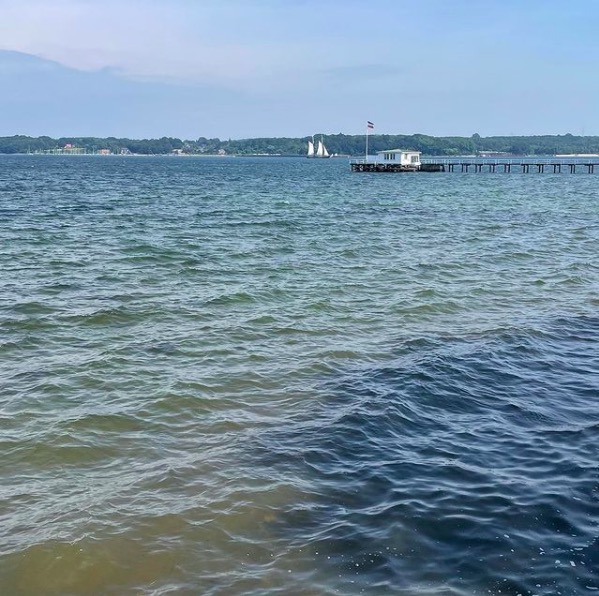 Despite my best efforts and despite observing many differently coloured patches in the water (the most obvious in the lower right corner is a shadow), all the patches I could identify were not related to @m_paul_coastal @ @lufi_luh’s newly planted sea grass meadows. But I’ll keep looking! 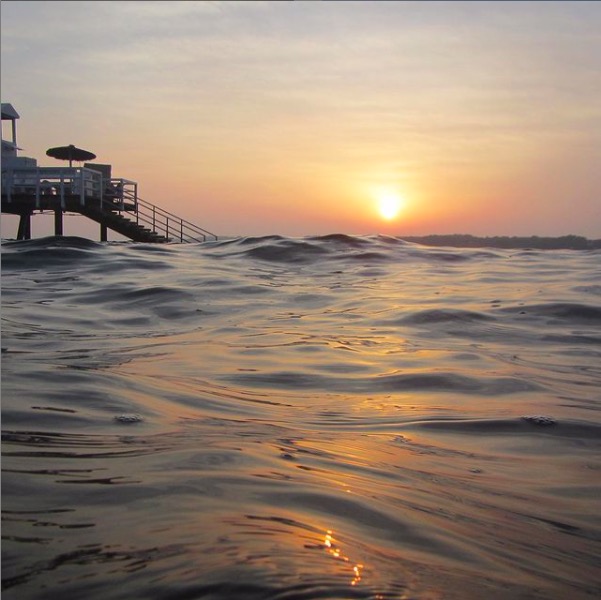 Just beautiful
Isn’t it interesting to see the reflected path of sunlight get so bent by the waves? Really helps understand the 3D shape of waves, doesn’t it? But then I’m pretty much always thinking about waves 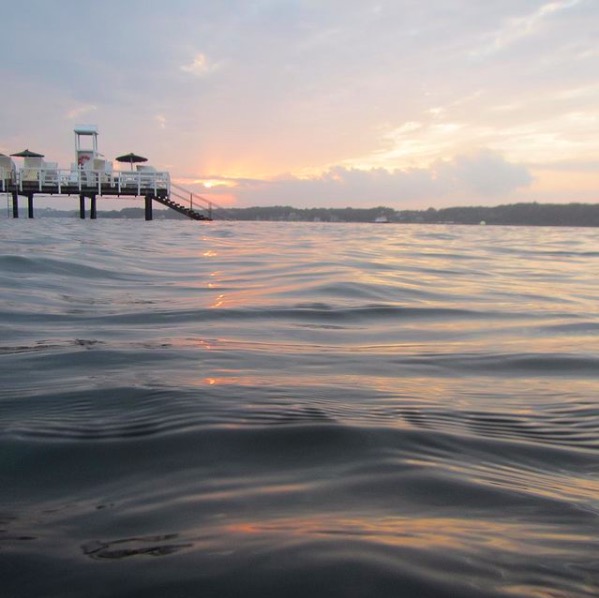 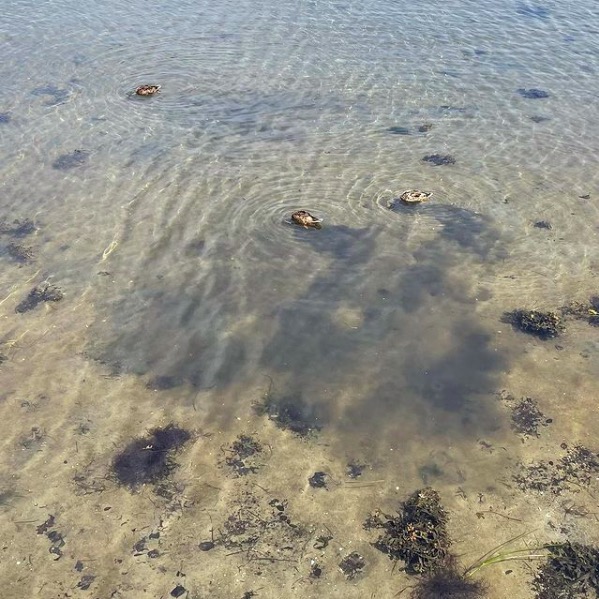 Not only do these ducks make waves, they also contribute quite a lot to turbidity, even if only very locally… 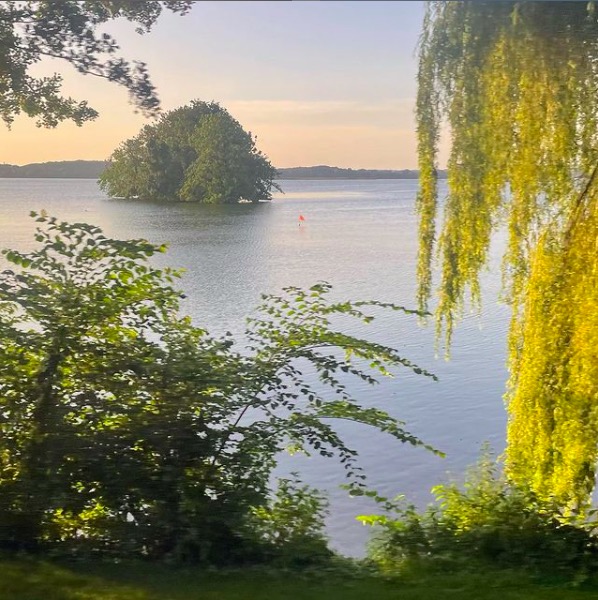 Taken from a train window: Oh look, if the little flag didn’t show us the wind direction already, we could deduce it by looking at where the little island is sheltering the surface so that no waves are formed! 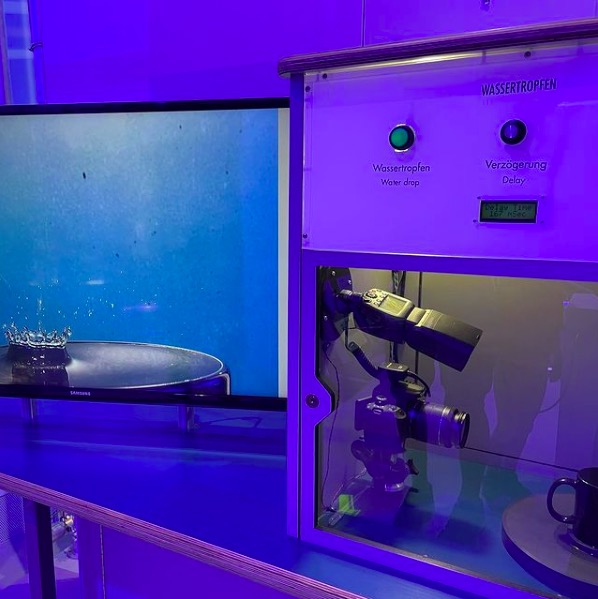 Today at #UniversumBremen. Not quite as professional as #WlodekBrühl’s #dropphotography, but super impressive nevertheless: set the delay for the camera & observe the crown forming after a water drop hits a full mug of water! Unfortunately I wasn’t the only one wanting to play, so I didn’t get to do a full series of all the different delays to observe the drop hitting the water surface, all the interactions due to surface tension and a crown forming and falling back into itself. But still, this was awesome! 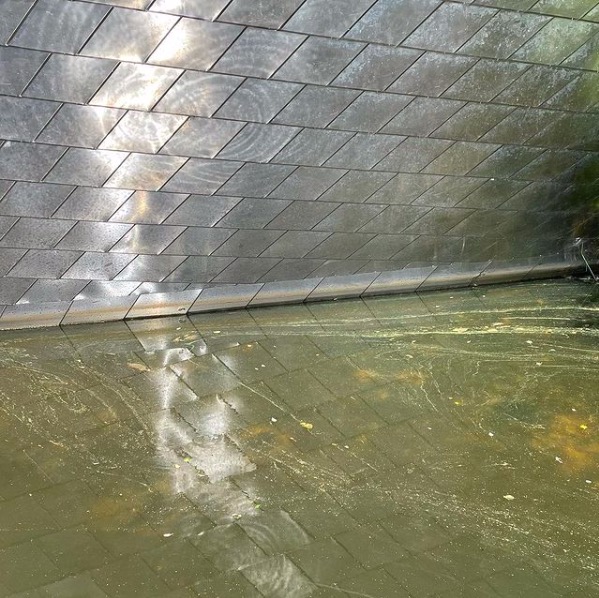 Little fish breaking the surface of #universumbremen’s moat and making wave rings, which are reflected on universum’s wall. So pretty! 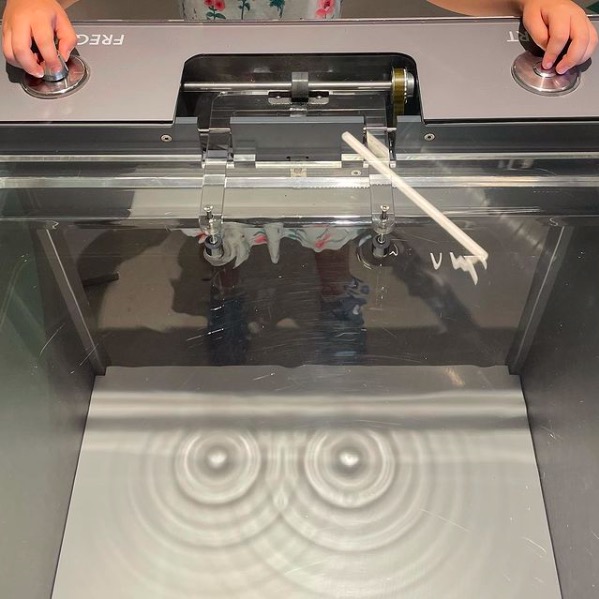 Interference pattern of two pulsing wave makers, visible both on the water surface on top, and in the shadows below. And the three-year old #wavewatching enthusiast is in charge of setting the prettiest frequency! 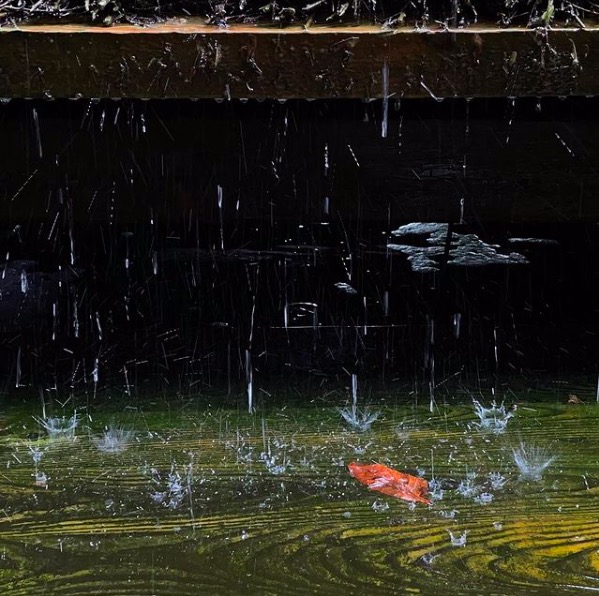 Luckily my nieces appreciate drop watching at the graduation tower as much as I do, so we spent a lot of time here today! 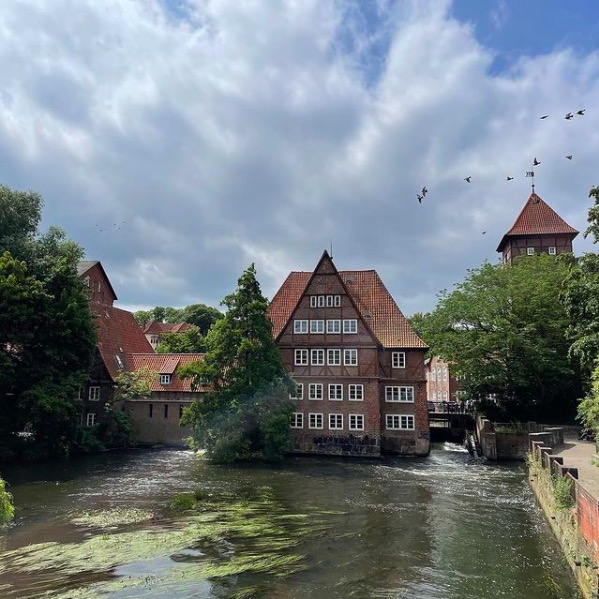 In the slower parts of the river, algae show the direction of flow 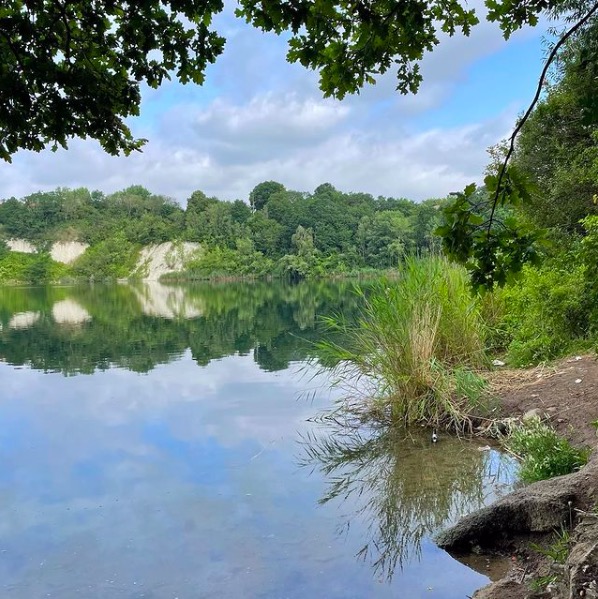 Not super impressed with this lake, was hoping to get closer to the chalk cliffs and the lake in general. Apparently the water is brakish because at the bottom of the lake, at 30m depth, salt is dissolving into the water from the salt dome underneath.
But from the right perspective and with some cropping, it does look quite nice! 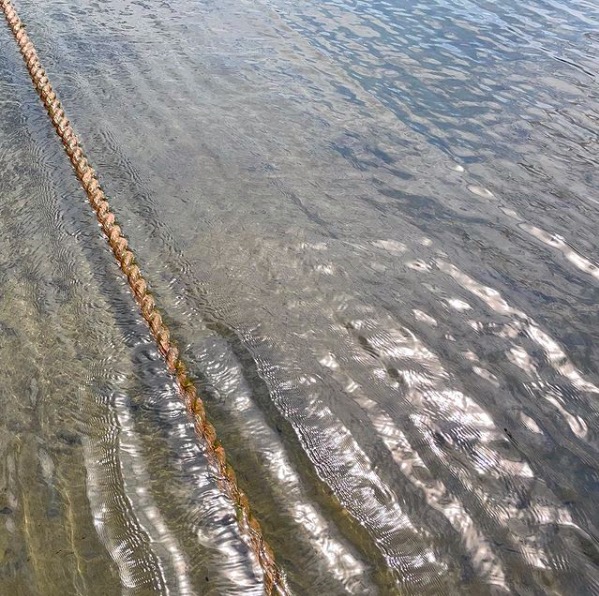 Tapping on a floating rope 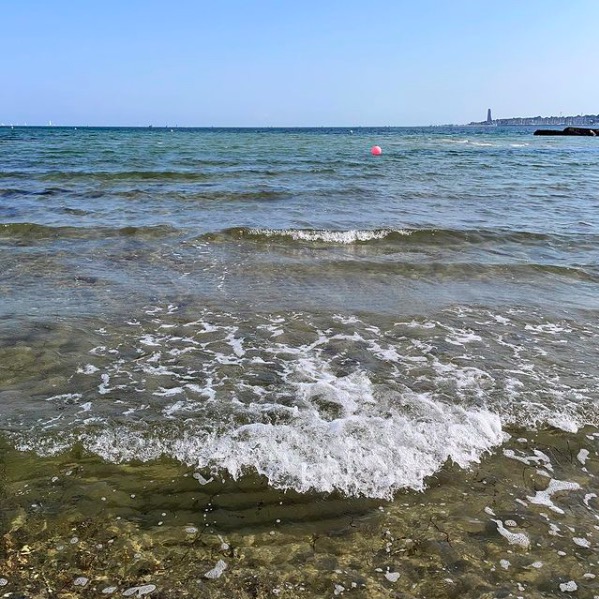 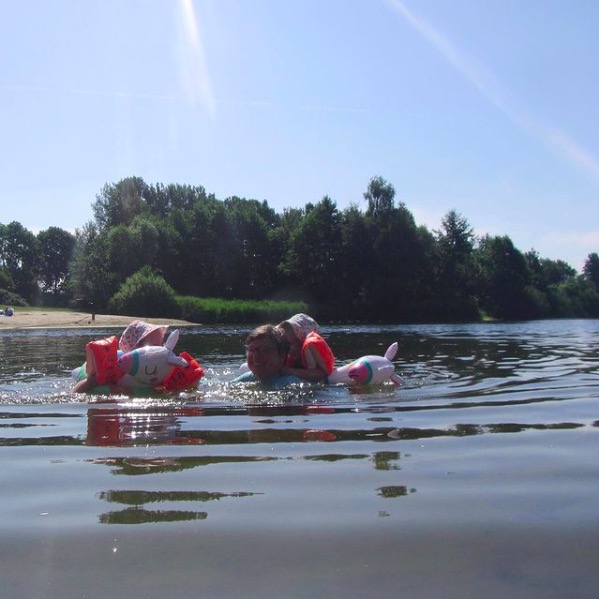 Me, two nieces, two llamas, and some more floaty equipment, enjoying the water 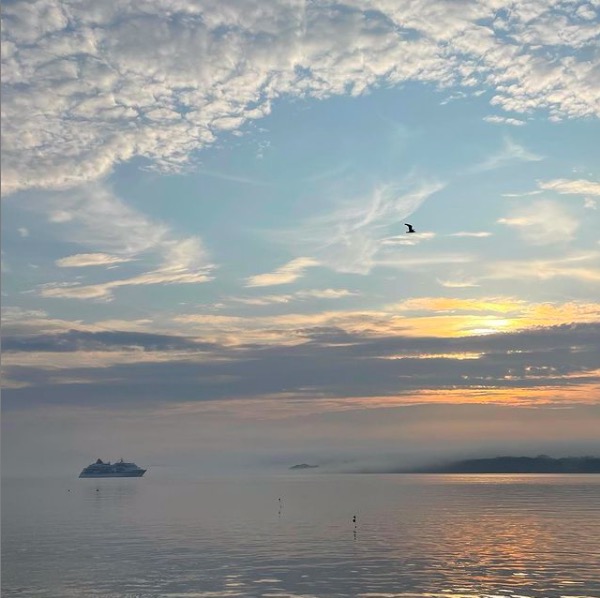 Especially impressive today: the fog on the opposite side of Kiel fjord. Disguises the coastline and makes it seem like this pic could have been taken anywhere 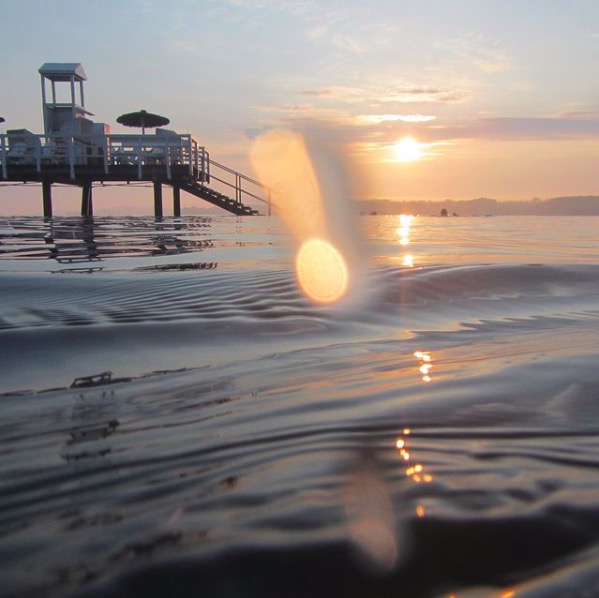 Morning swim got a little wet for the camera. But sooo beautiful with all the tiny capillary waves! 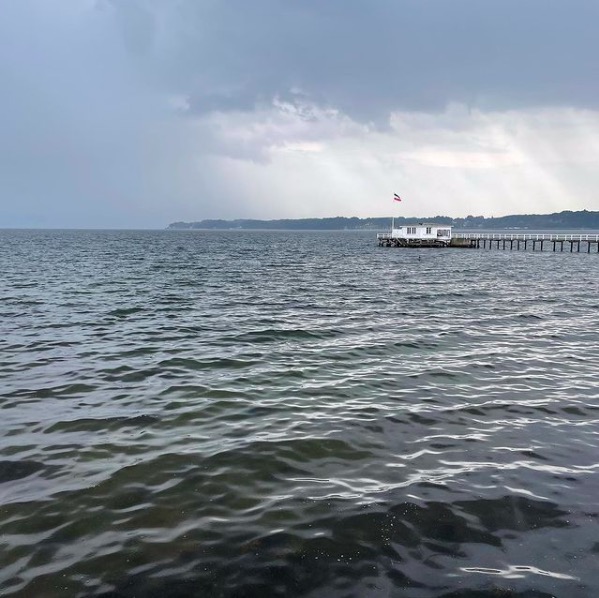 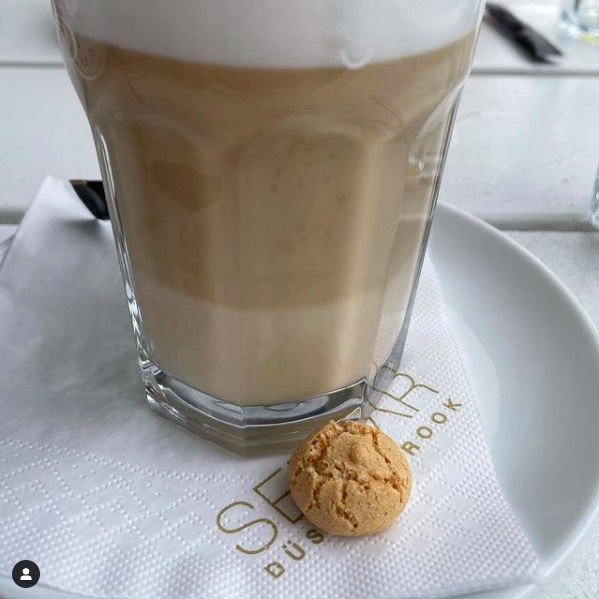 Did you know that the different layers in your latte (two in this case, three if you count the foam on top) are caused by #DoubleDiffusion? Heat and substances diffuse at different rates (heat approximately 100x as fast as substances) and this leads to the formation of diffusive layers. How many layers form and how thick they are depends on how hot the coffee and milk are, how concentrated they are, how much they mix when one is poured into the other, and how long you are willing to wait with drinking your coffee. You never quite know what you are going to get when ordering a latte!
This process happens in your coffee as well as in the ocean, only that in the ocean layers can be tens of meters thick, and unfortunately don’t come with a cookie :)
So much #KitchenOceanography in a single coffee! 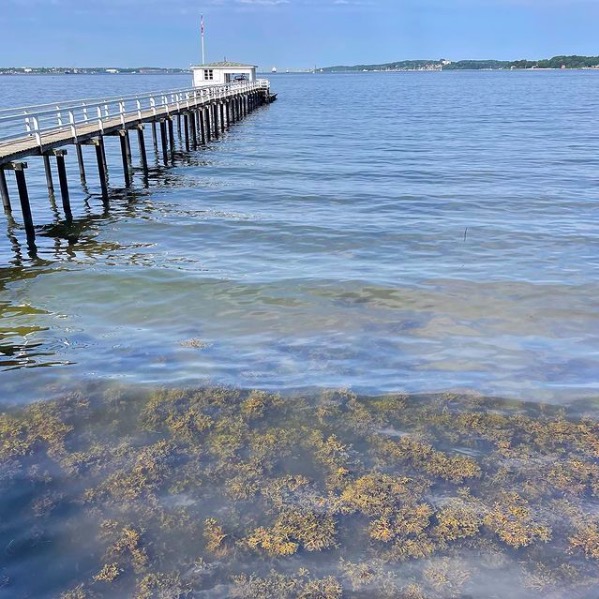 Weird weather today. Fog, rain, now this. But: #wavewatching is always great. Here a nice example of the phenomenon of total reflection: in areas where we look perpendicular(ish) on the surface of the water, we can look into the water and see algae and stuff in it. In other areas where we look at small angles, we cannot look into the water; the water reflects the sky. This is an example of things I learned theoretically in physics class and had no idea it had any relevance at all in real life, and now I notice it all the time… 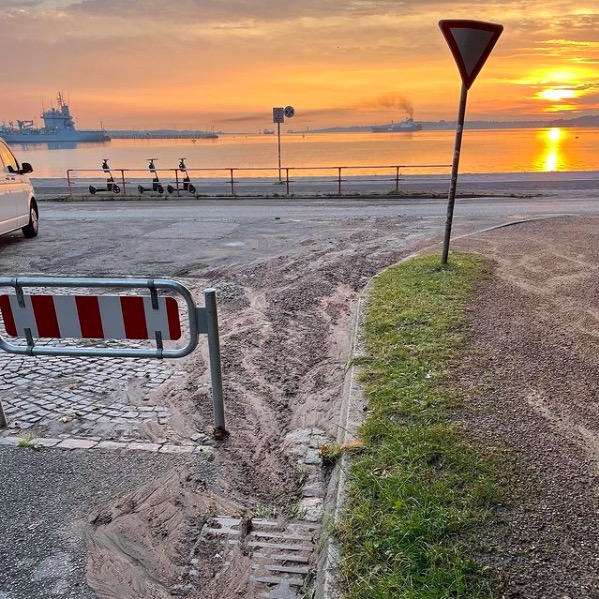 Looking at the sunrise, it’s difficult to remember last night’s thunderstorms and rain. But look at the clogged gutter: sand and mud from footpaths! 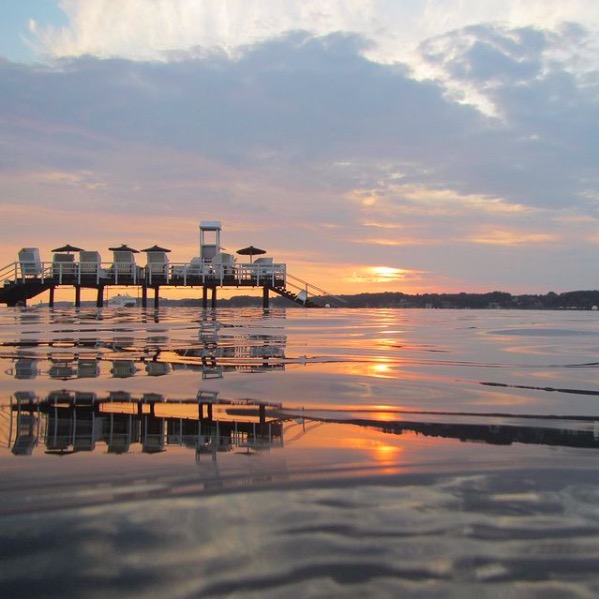 Another beautiful morning swim! And the water temperature is interesting: a lot colder near the shore and at the very top from last night’s rain! 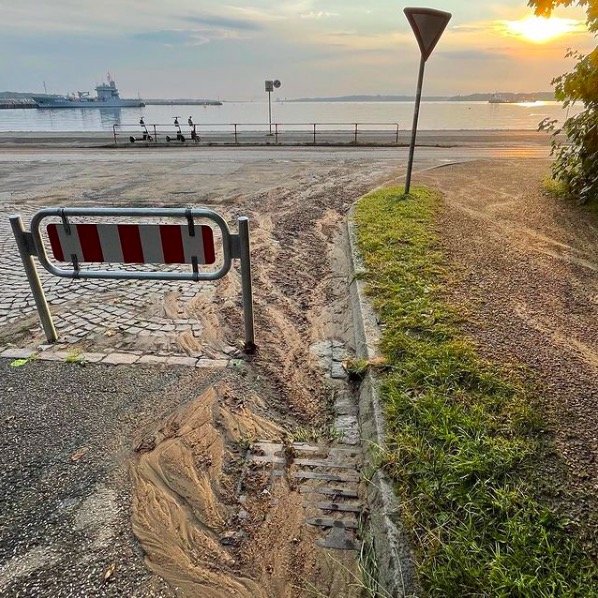 Another look at the clogged storm drain on my way home after swimming. Pity that all the fairly new footpaths of #forstbaumschule quite literally went down the drain!

Yesterday I went on a hike on the opposite shore of Kiel fjord. No idea why I had never done that before! Gives you a new perspective on things, and I loved this picture frame. If I had a garden with a sea view, I would put ornate frames in all the best views and take pictures of the framed views all the time! Maybe it’s a good thing I don’t have a garden with a sea view (yet!) 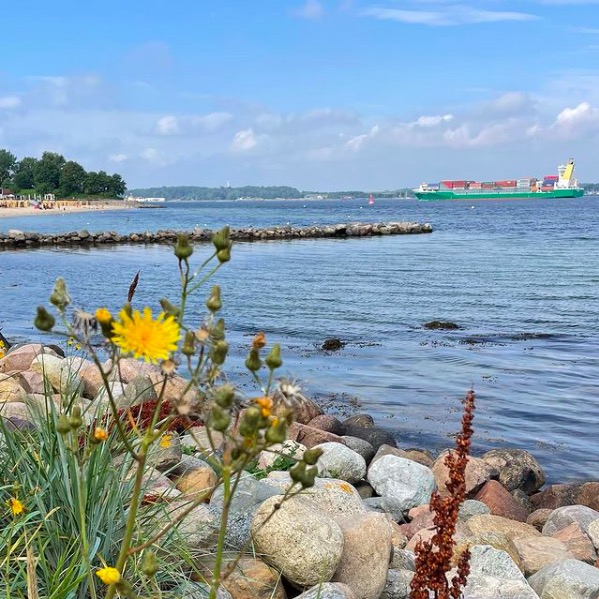 See the diffraction happening after the wave front meets the stones of the wave breaker, and the smaller ones in the foreground? 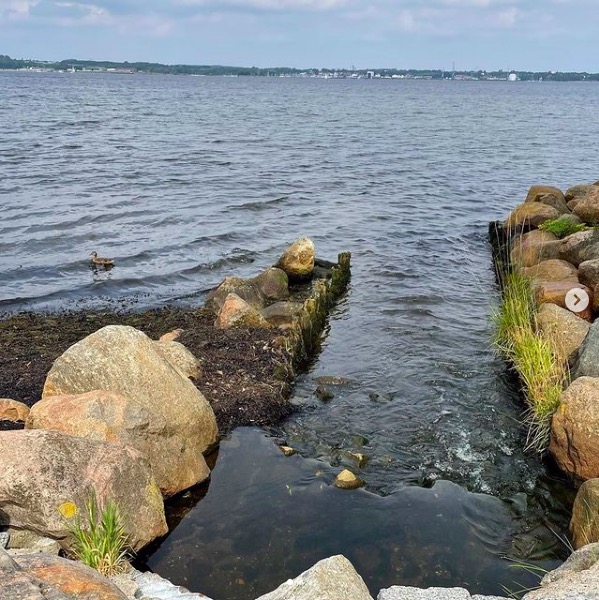 My favourite picture: three different regimes at once!
Pic 1: In the foreground the water is flowing so fast that it appears all smooth (except for some standing waves caused by obstacles). It then goes down the small waterfall and changes into a still fast-flowing, but now subcritical turbulent current. And then it goes out into the sea which is dominated by wind waves. 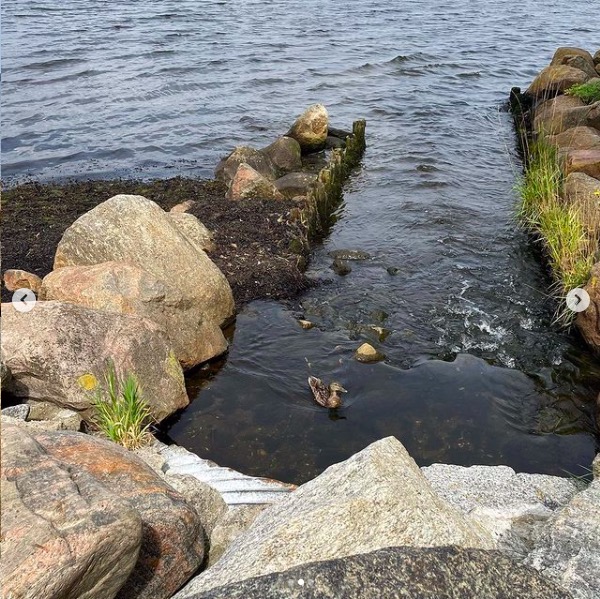 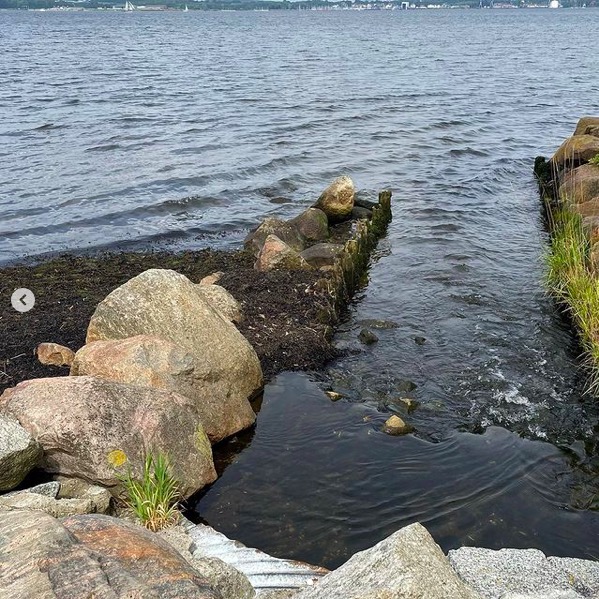 Pic 3: even when the duck is gone, the waves remain for quite some time, pretty much in the same spot! This tells us that the water is flowing at the exact speed the waves are propagating with, so as they are trying to propagate upstream, they don’t quite manage but neither are flushed downstream. They are just locked in place… 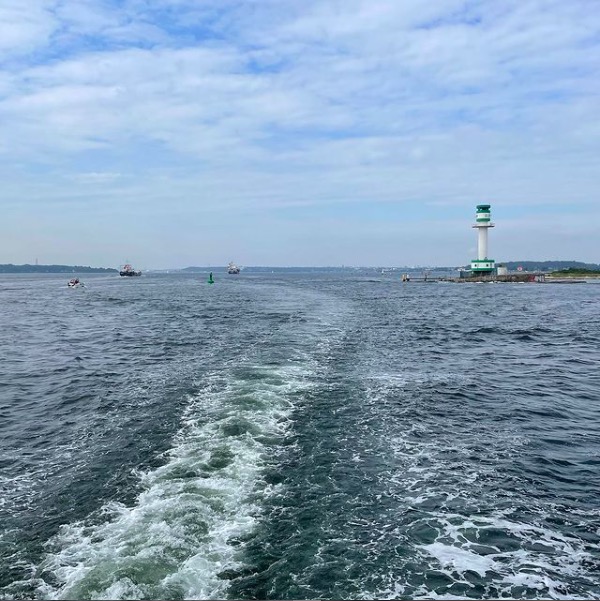 Love all the different textures of the ferry’s wake, other ships’ wakes, the wind waves…