Or: How does momentum get transferred from a rotating tank to the water?

I recently noticed — and it was confirmed by observations and student feedback that my friend Kjersti got — that it is not at all obvious to students how momentum gets transferred from a rotating tank into the water. For me, the explanation “friction” always seemed sufficient. But Kjersti asked her students about it, and for them friction was something that can only slow down things, not speed them up. So I’ve been trying to find a good way to show how the water is actually spinning up and down: From the sides towards the center, and from the bottom up.

I am using a rheoscopic fluid here (prepared after Borrero-Echeverry, 2018, plus blue food coloring). Rheoscopic fluid is “current showing”, as in it looks homogeneous as long as there is no current shear, but as soon as there is shear, these silvery structures show up, thus showing all the small turbulent motion going on in the tank. (The rheoscopic fluid is not transparent, so you can only see the surface and cannot look into the tank) 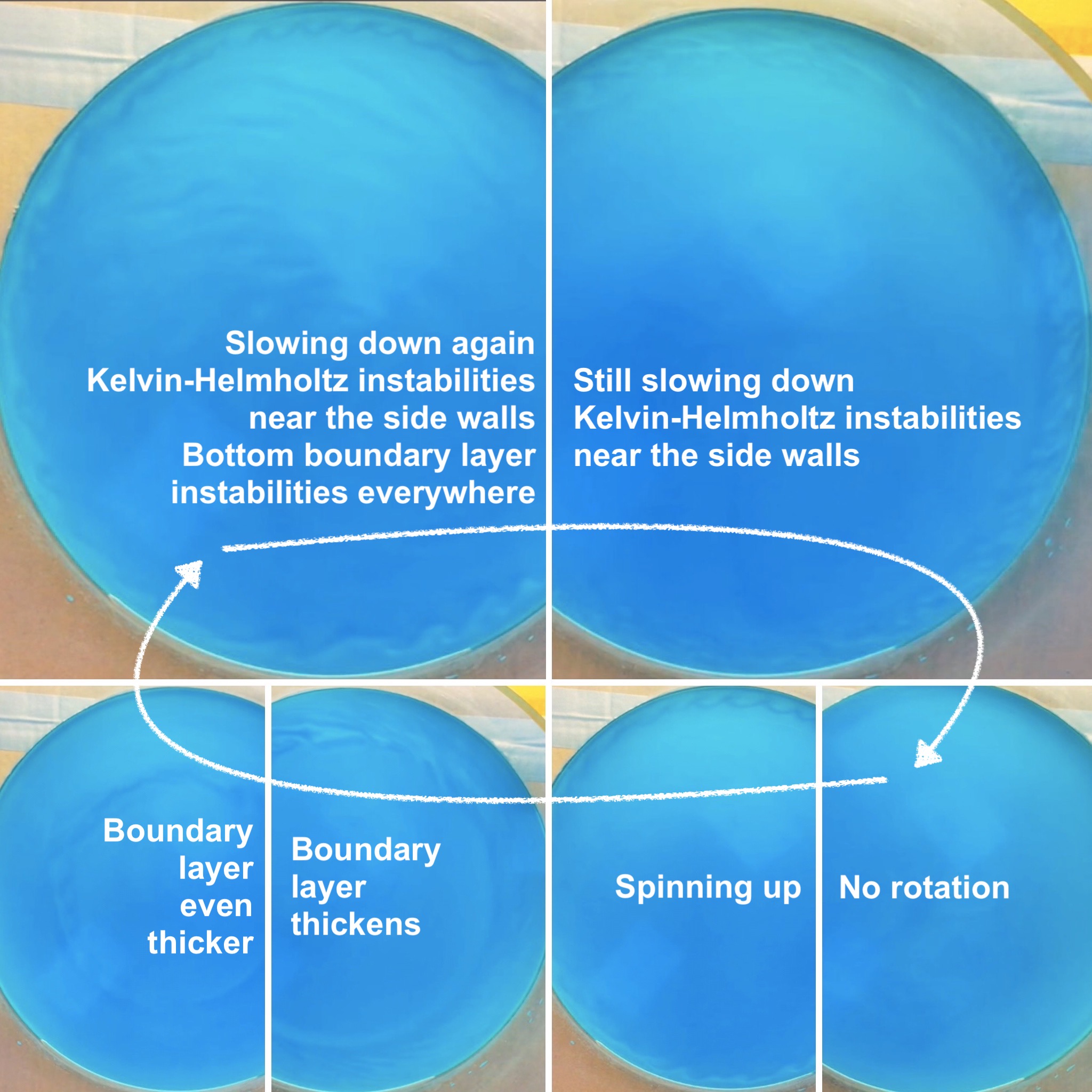