Recently I had the privilege to work with photographer David Carrenon Hansen on pictures for an article that was published in SCIENCE NOTES Magazin today. This issue of the mono thematic, german science communication magazine is on “the sea”. And obviously, if you can’t be at, on, in the sea, you have to recreate it in your own kitchen — enter #KitchenOceanography!

It was quite an experience to see how a professional photographer interprets the experiments I routinely just snap pictures of with my phone, so here are some impressions! (All pictures are mine. Which is quite obvious when you compare them with the professional pictures that were published in SCIENCE NOTES Magazin, but just so you are aware…)

First time the photographer David and I met up, we just did — I don’t actually know what. Not what I was expecting needed to happen, anyway. For example, we looked at dummies (plastic ice cubes and some freezer frost to stand in for freshwater and salt water ice) on a plexiglass pane lit from below. Which looks quite fun! But this is not how I usually do kitchen oceanography! 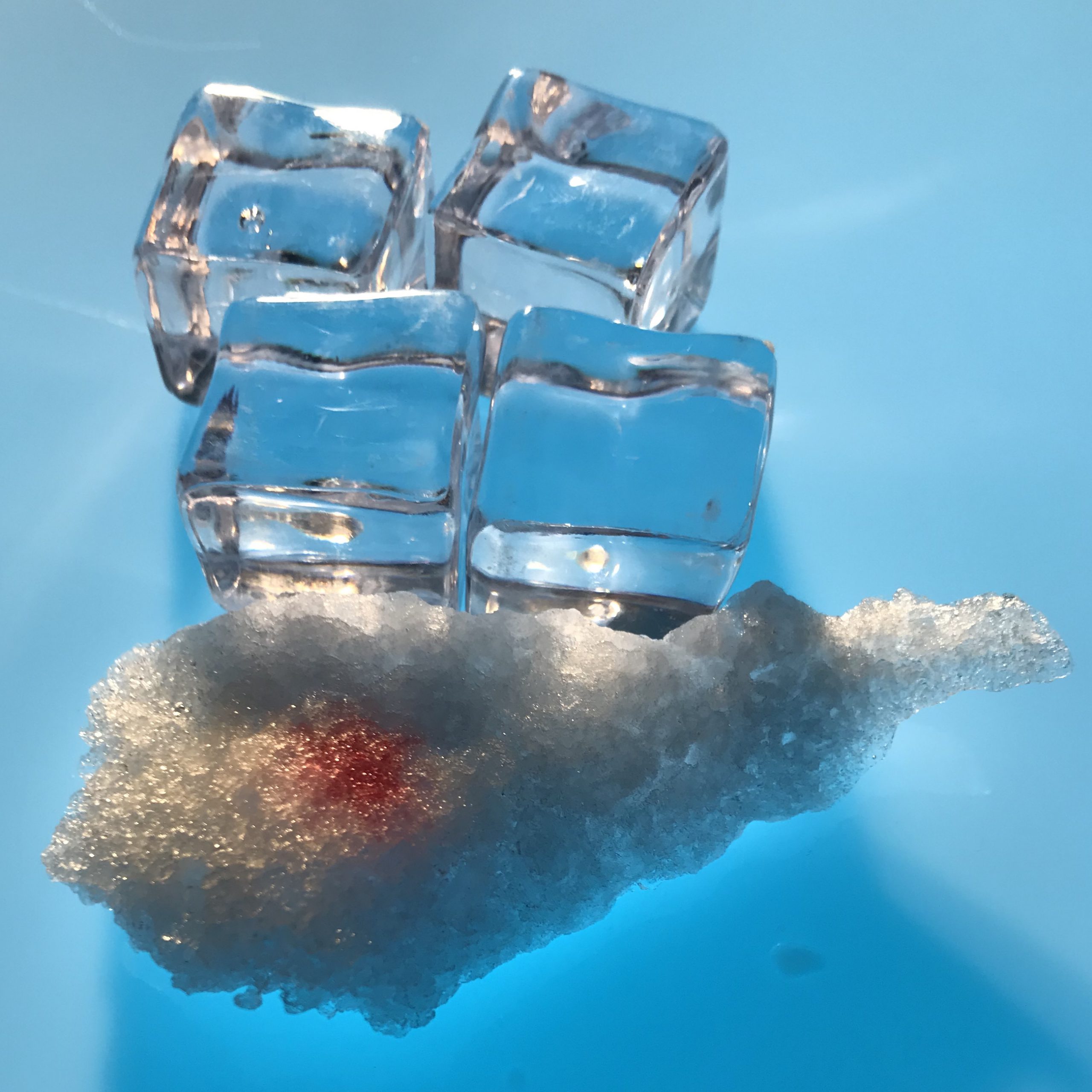 Speaking of cultures clashing, this is the next thing that happened: test runs on the “eddy in a jar” experiment. I would never have stirred the jar with a power drill! But it definitely looks interesting with the large vortex. 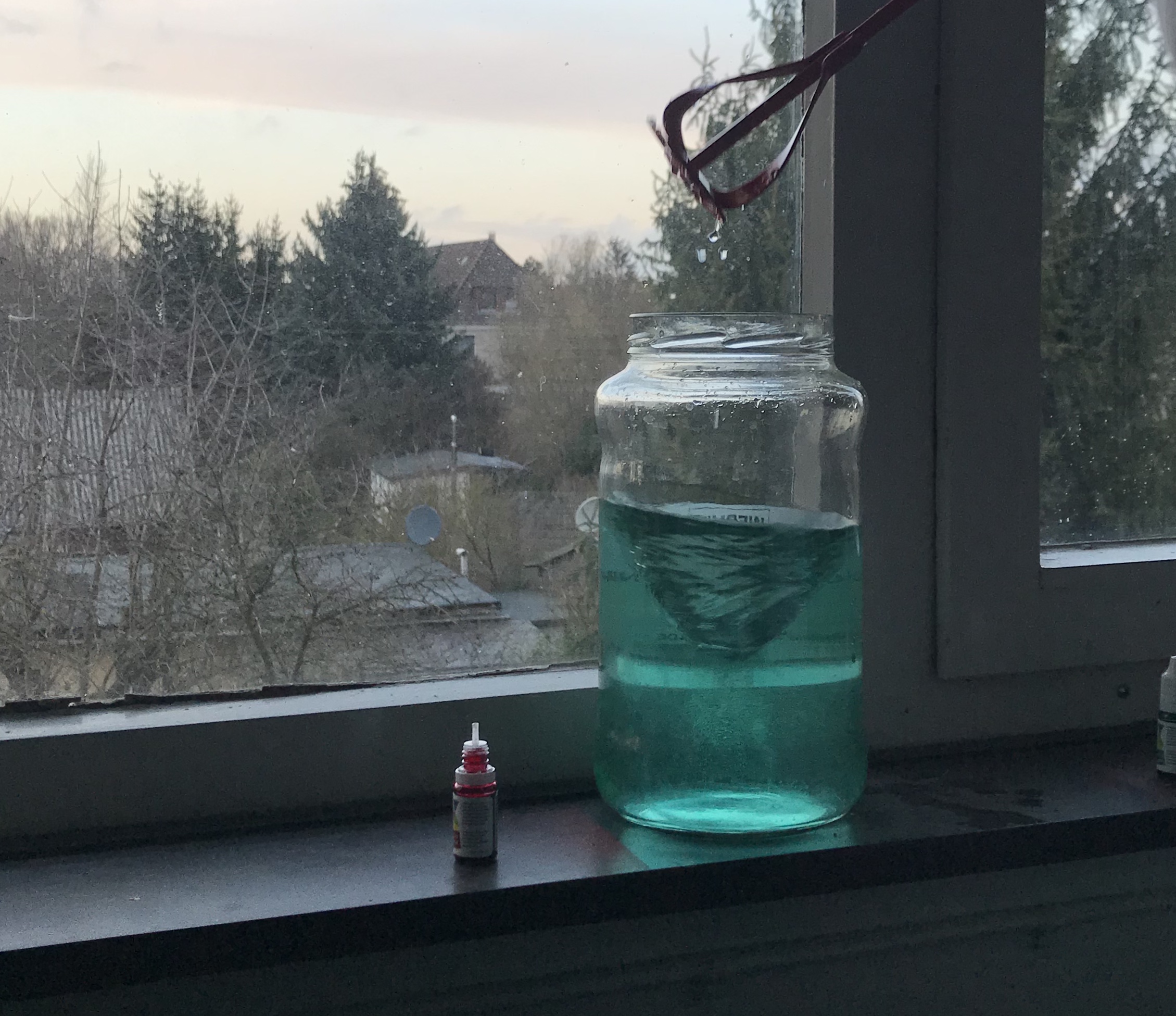 Next time we met up, things were a bit more like what I had expected. Even though I had NO IDEA how long time it takes to fiddle with the lights and camera settings and what have you if you want to have artistically pleasing images rather than ones that just show the physics. Here, for example, is my overturning experiment. 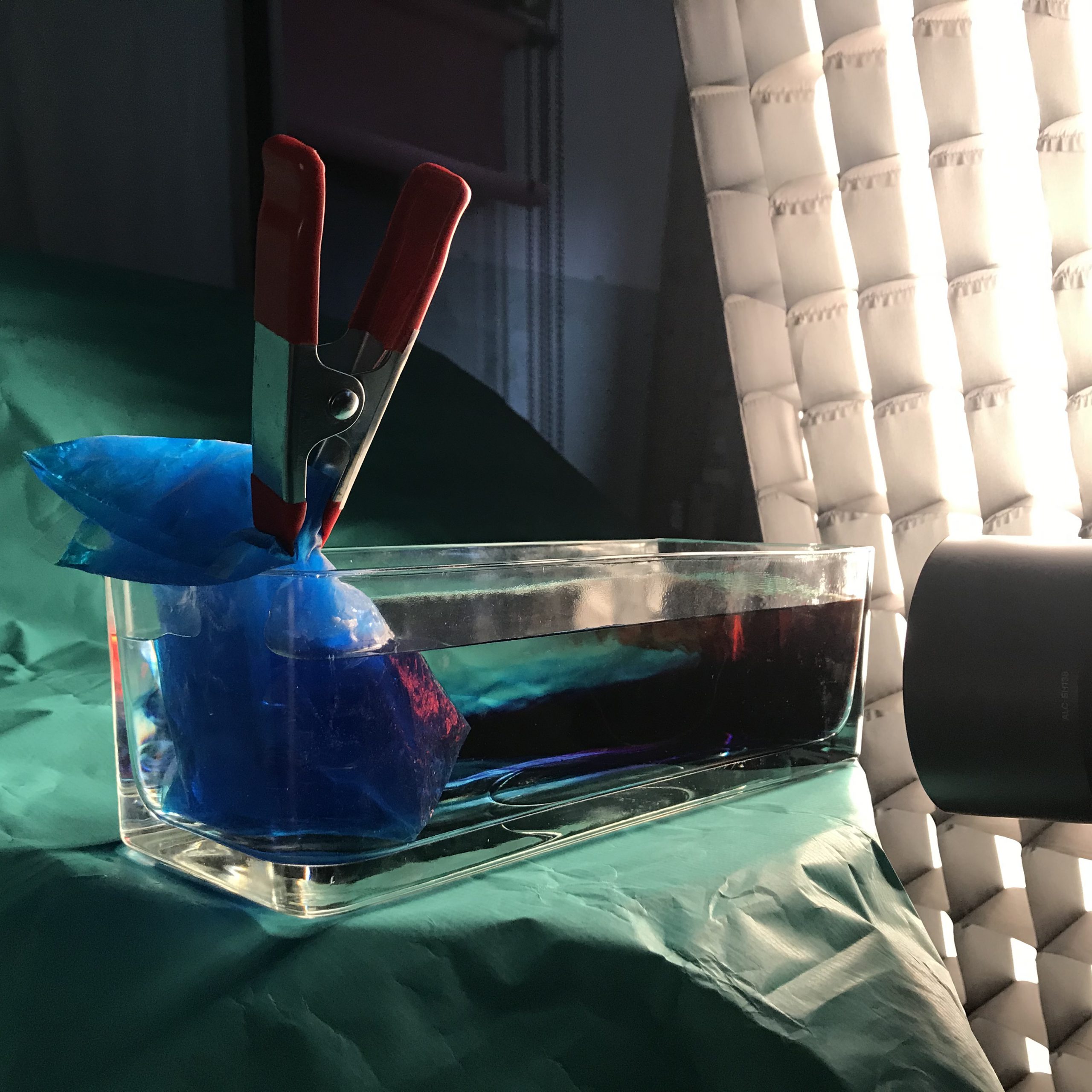 This picture always makes me want to say “Schwester, Tupfer!” since it reminds me so much of what (I imagine) a surgery might look like with the green backdrop and the lights… 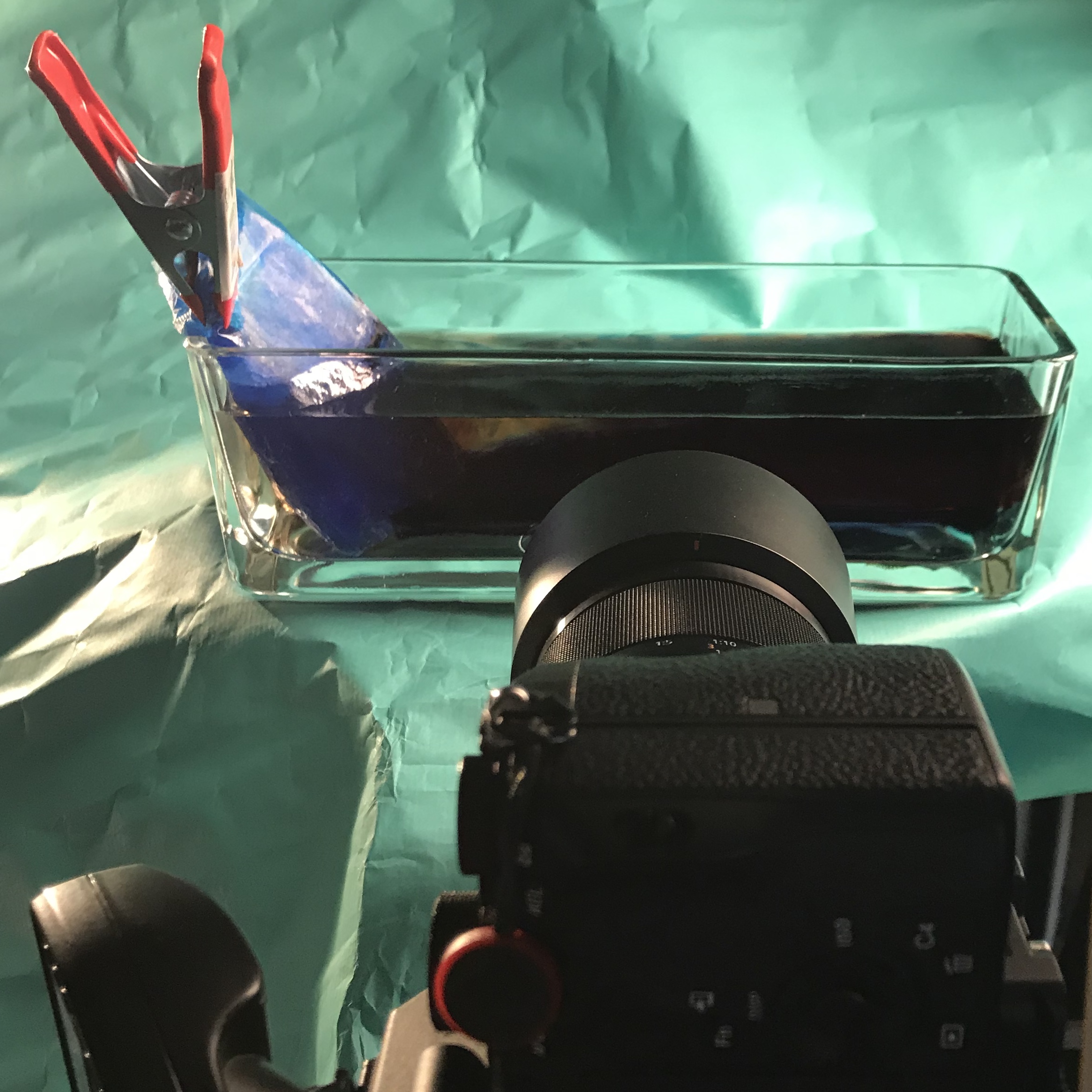 It’s funny to see my little overturning tank set into scene like this. Not what it is used to! (It’s the same one I’ve been using for decades, everywhere from primary schools to university teaching, but never this carefully lit!). 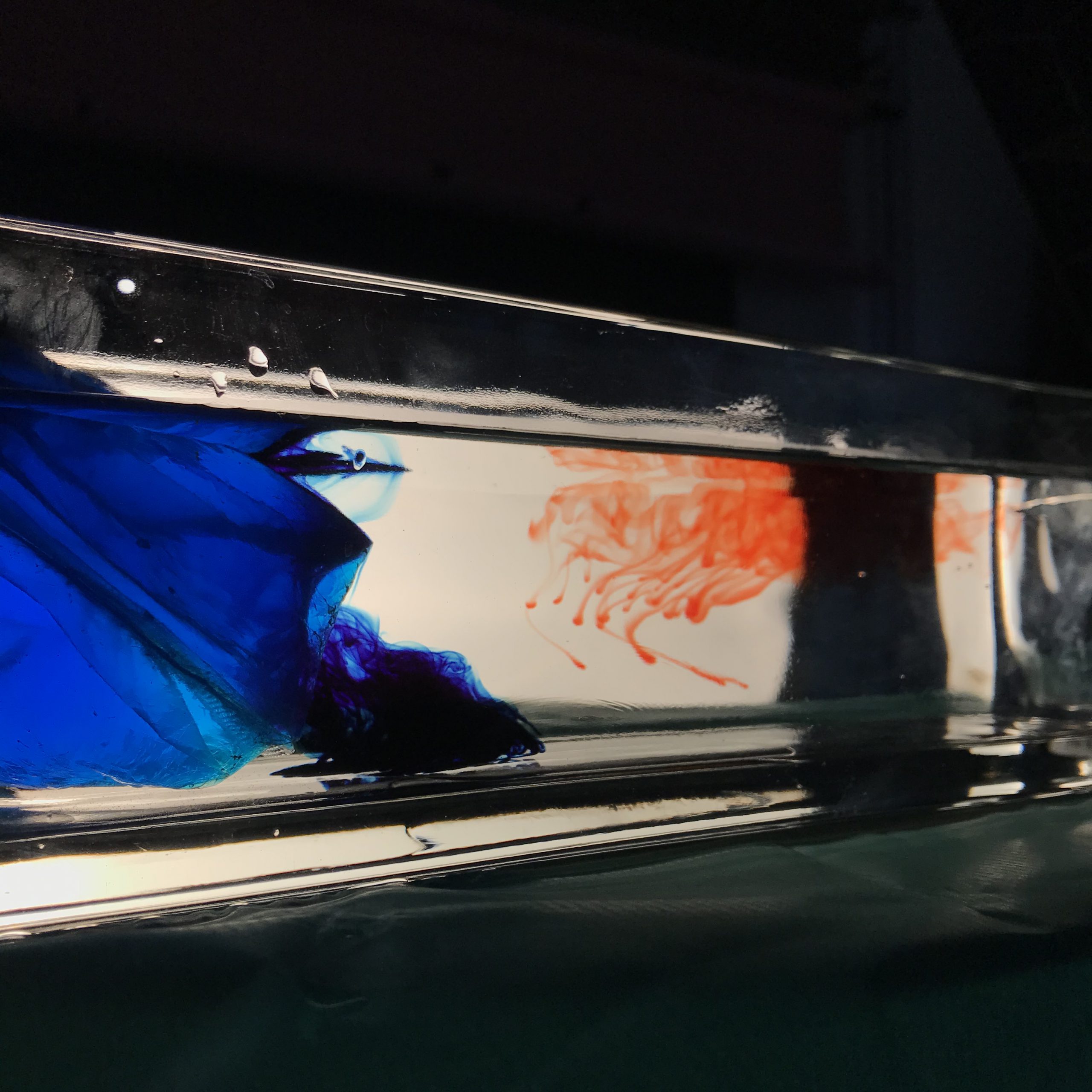 And I have to admit, it brings out features of the flow quite nicely! 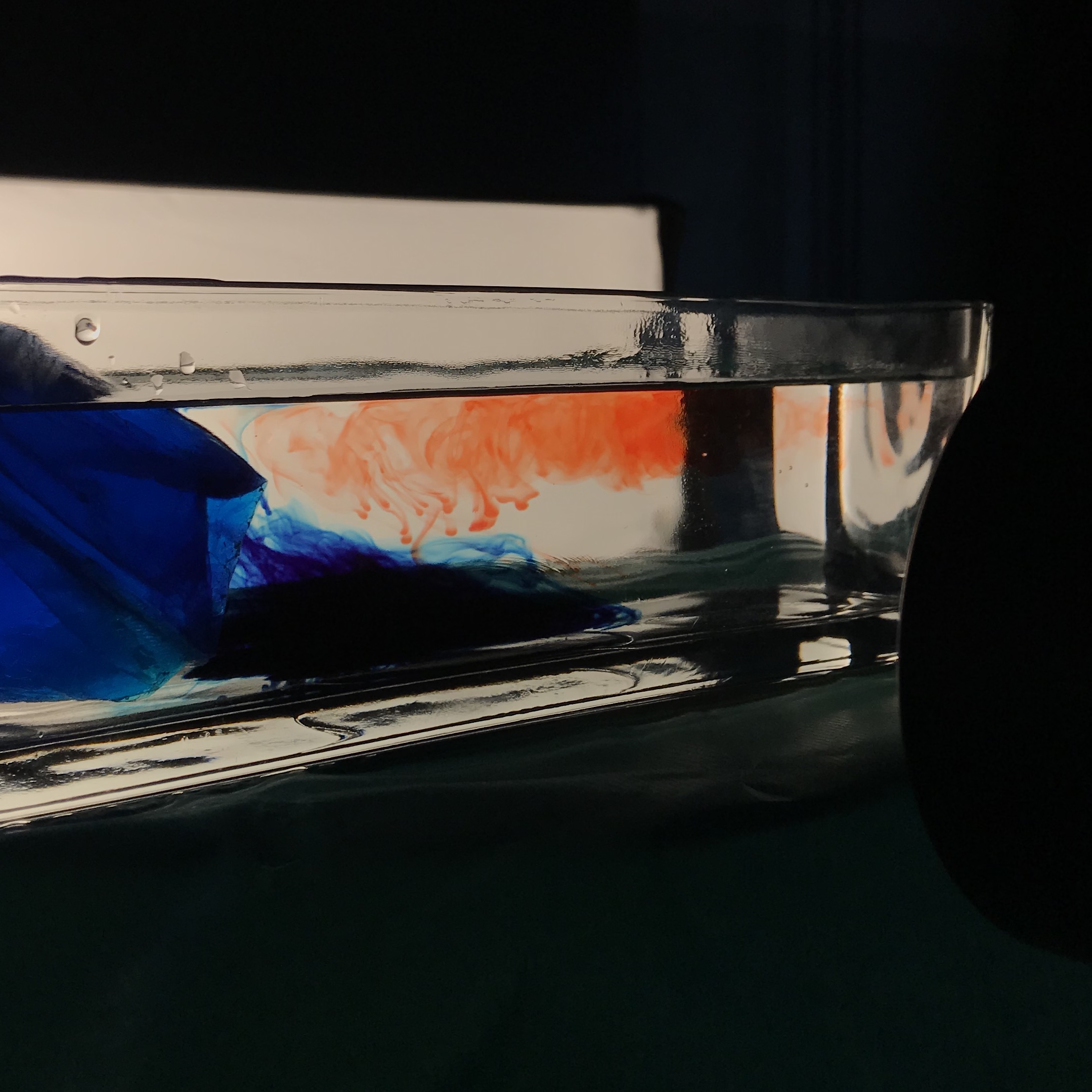 And I love the reflection at the surface below! 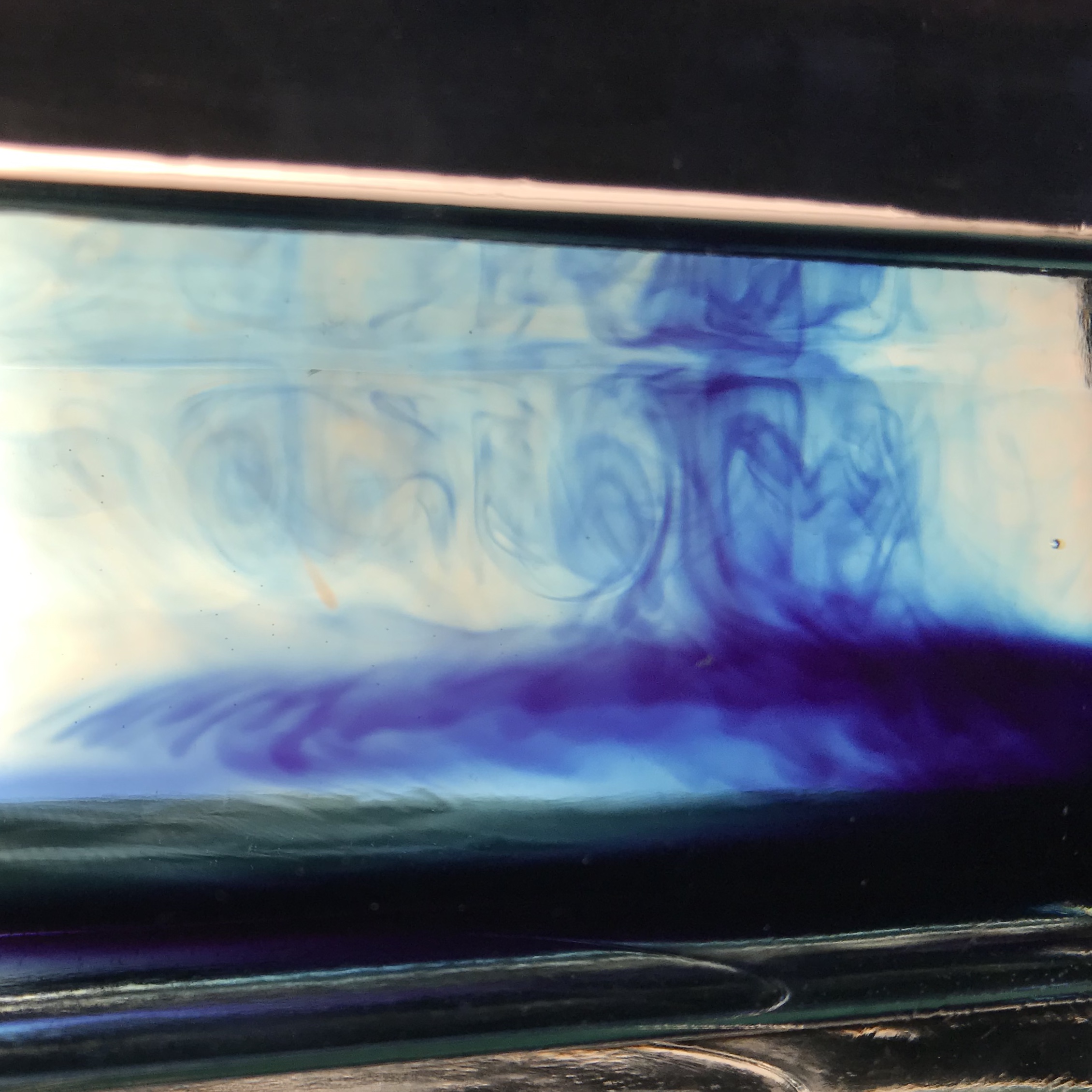 This is what it looks like when David takes pictures. 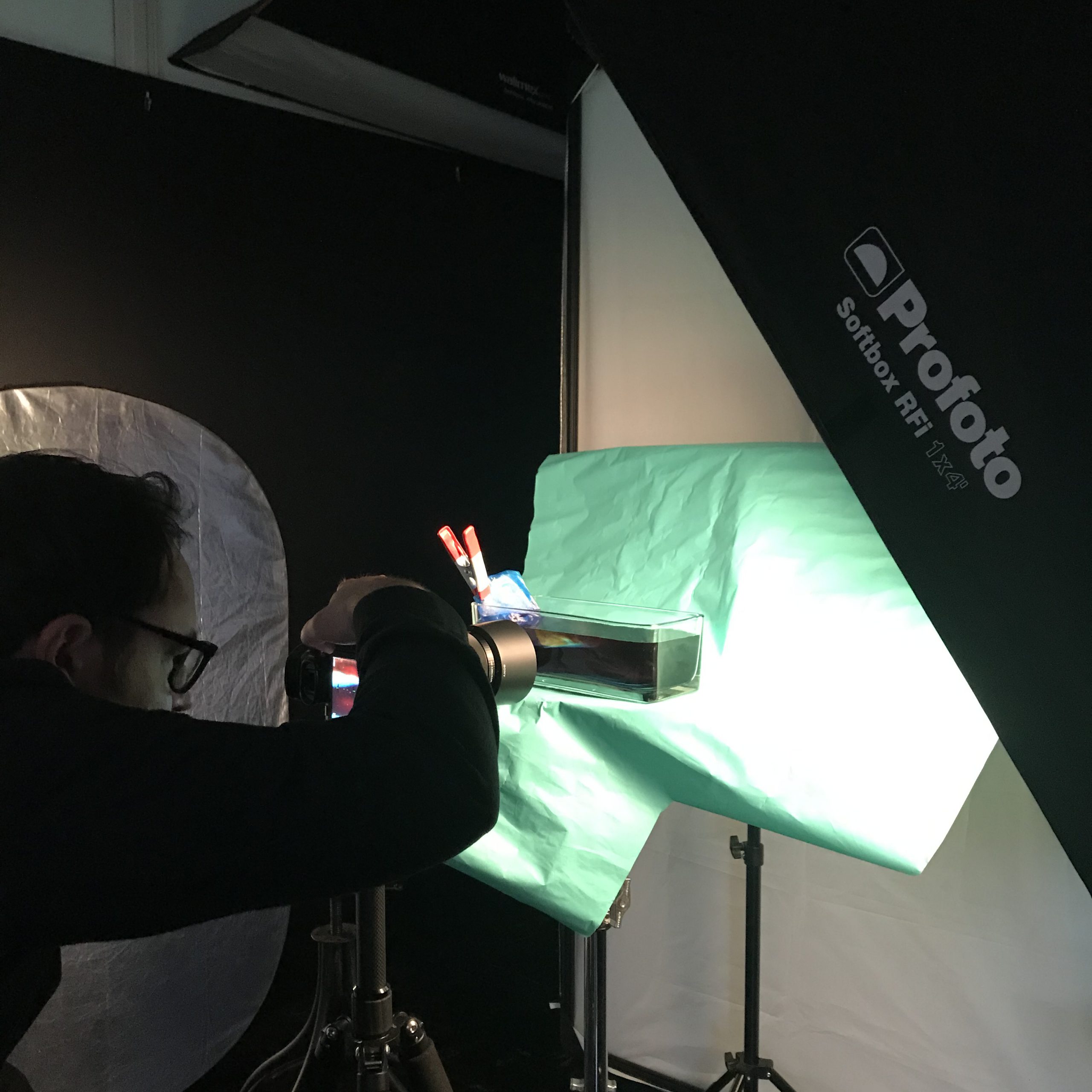 And here is the setting. 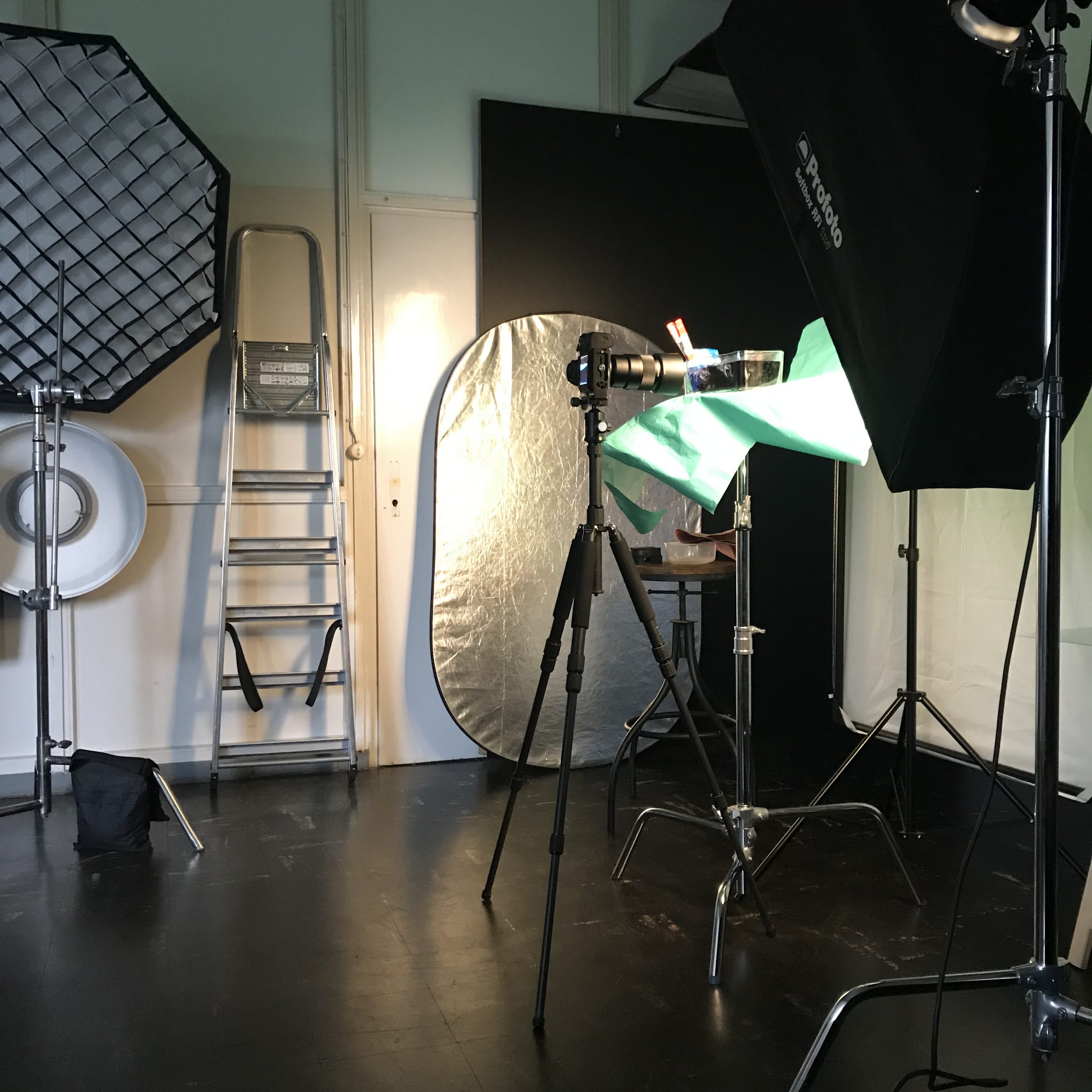 Also interesting: At this point I would have long aborted the experiment, because for my taste colors were way too mixed to clearly distinguish the flow pattern that I want to highlight. But clearly that’s really when it starts being of artistic interest! 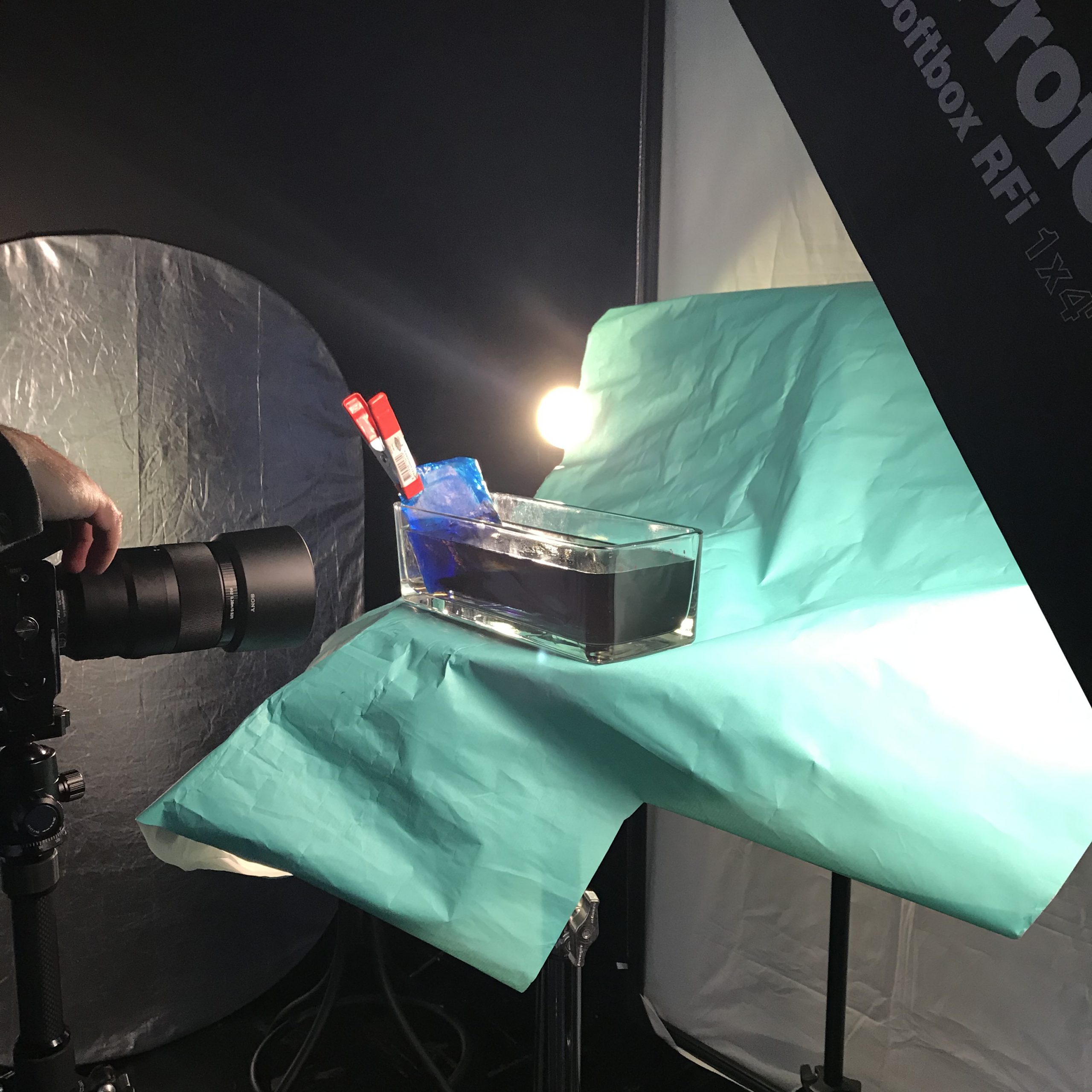 Still on the same setup… 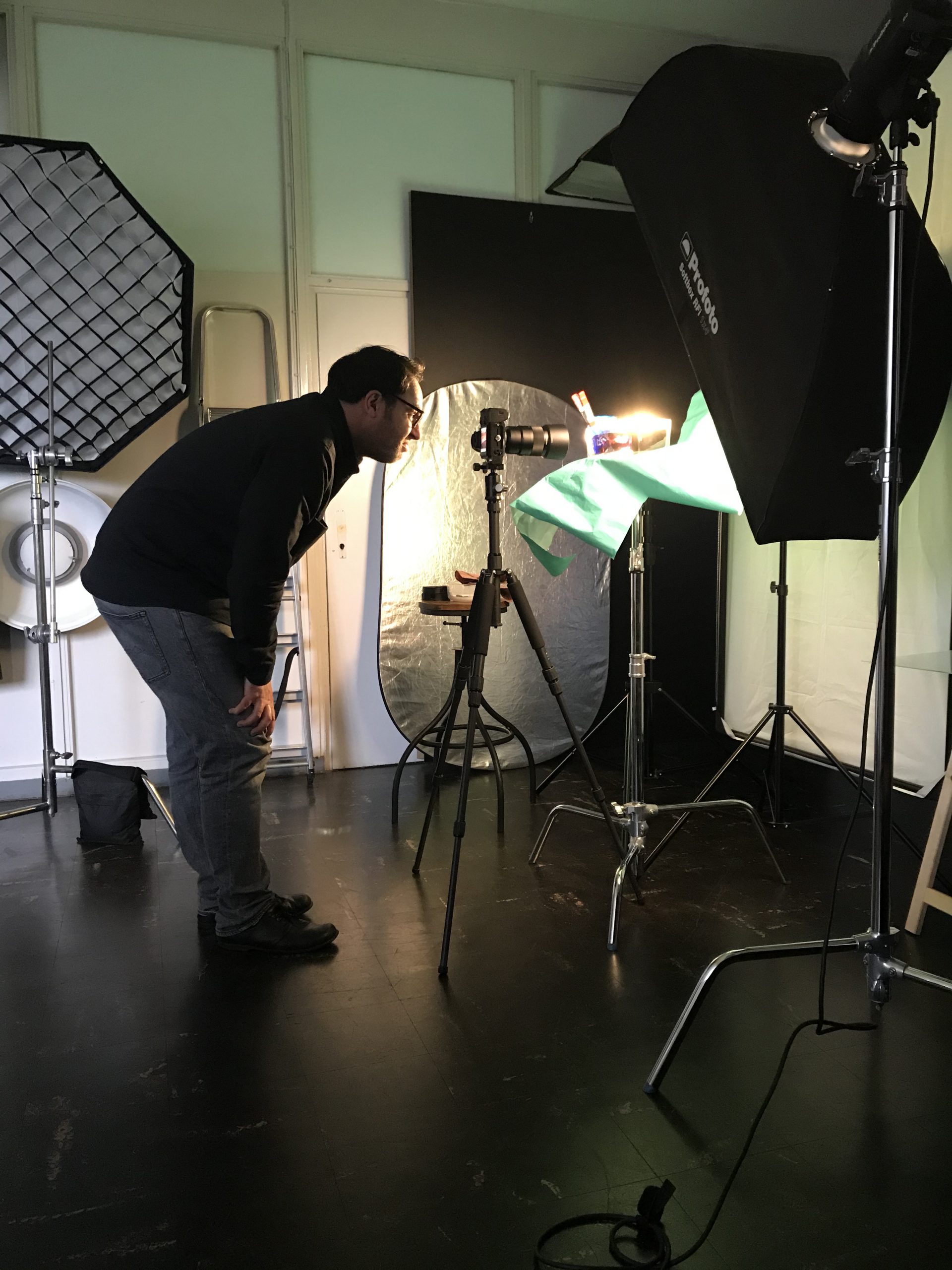 New setup, showing pretty things — but not what I want to show. Here the dye wasn’t dripped on the cooling pad as I would have done it, but rather squirted diagonally into the tank. 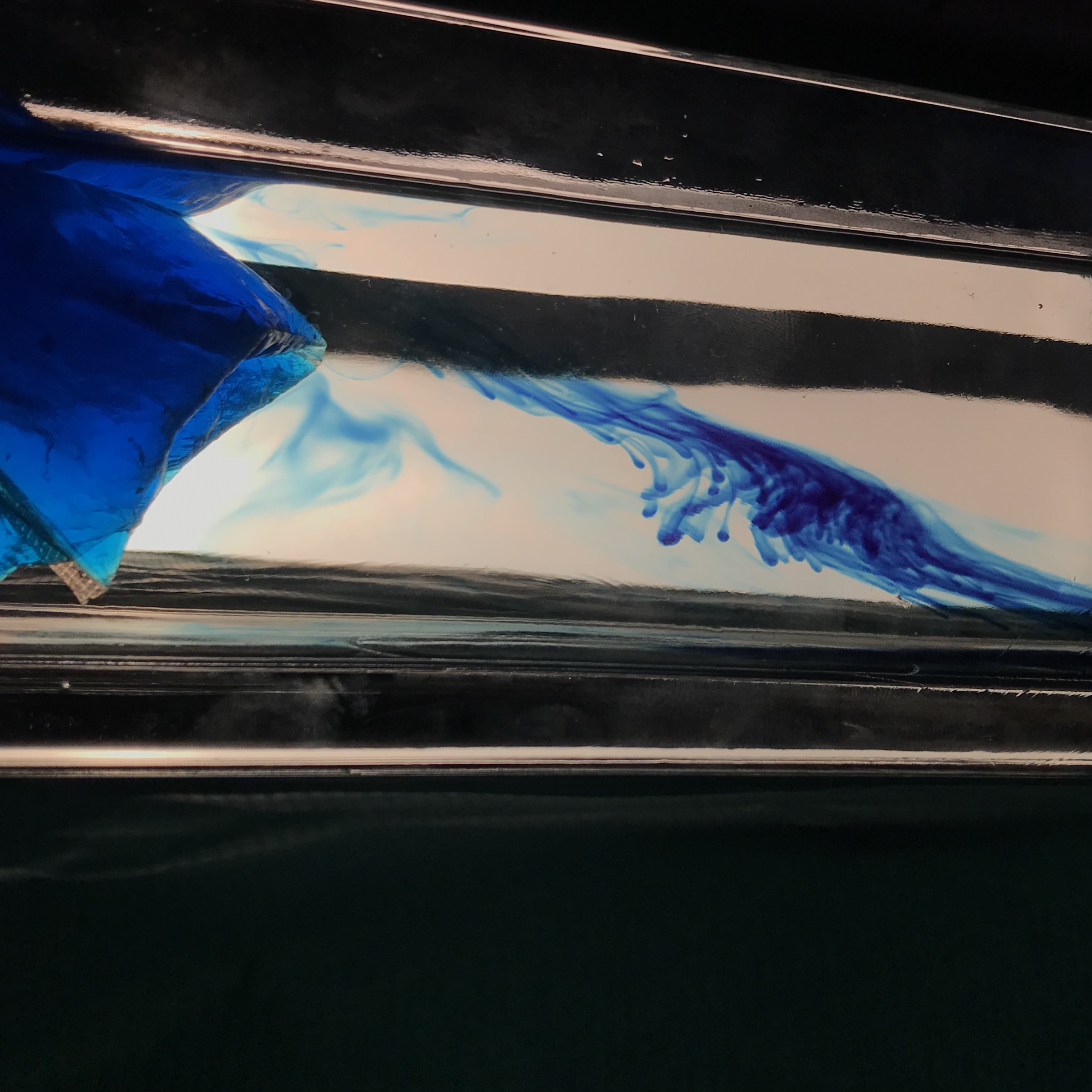 But here is the one thing that always makes me happy: Salt fingers! 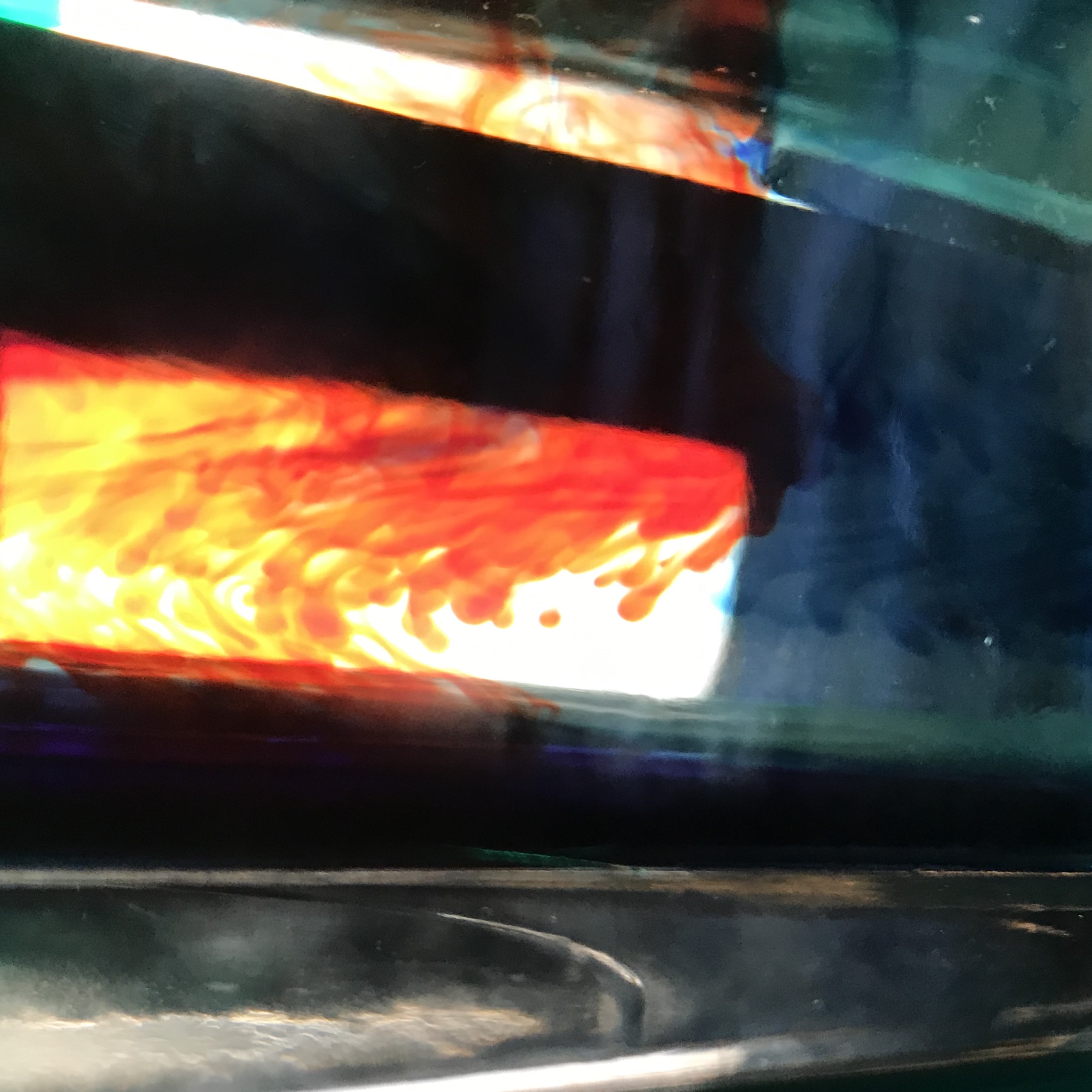 Related Posts to "Behind the scenes of the #KitchenOceanography article published in SCIENCE NOTES Magazin":