My long time Twitter friend Anne shared these beautiful pictures and I absolutely had to do a #friendlywaves post where I explain other people’s wave pictures.

Take a moment to admire the beautiful picture below. Wouldn’t you love to be there? I certainly would! 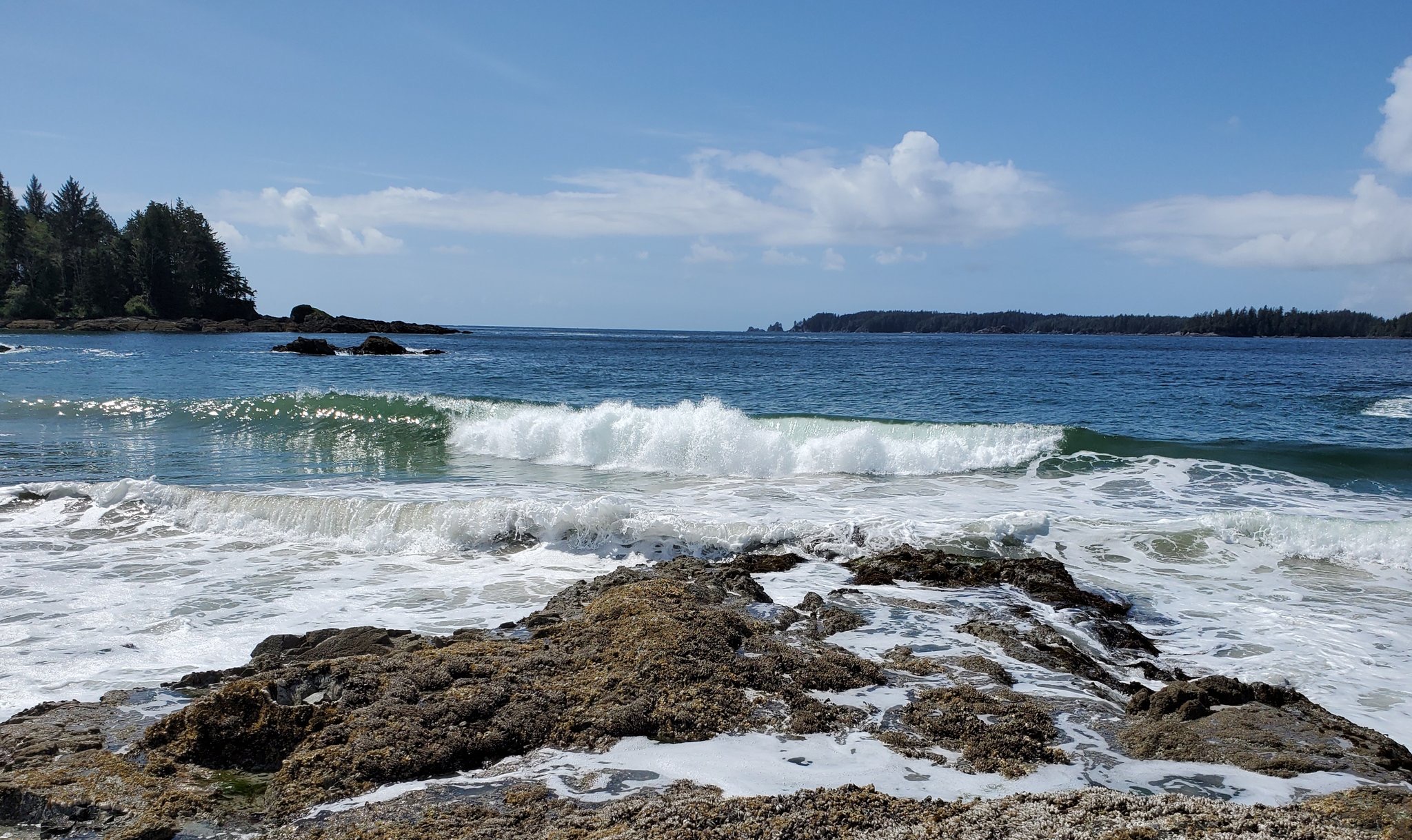 What can we learn from this picture? First — it’s a windy day! Not stormy, but definitely not calm, either. See how the water outside of the surf zone is dark blue and looks a little choppy? That’s the local wind doing that.

And then there are the waves that we see breaking in the foreground. Without knowing where the picture was taken, I would think that they traveled in from a large water body where there was a long fetch so they could built up over quite some distance. And then they meet the coast!

You see breaking waves of two kinds: the one marked with red ovals below, where there is hardly any buildup of the wave before it meets a rock and breaks into white, foamy turbulence. The other type of breaking waves, the ones where I marked the crests with green lines, build up over a short distance before they break because there is a more gradual decrease in water depth. The stope is still quite steep so the waves change from deep water (where they can’t feel the sea floor and have a fairly low amplitude, so we can’t distinguish wave crests further offshore than the two I marked in green) to shallow water waves that feel the sea floor and build up to break. 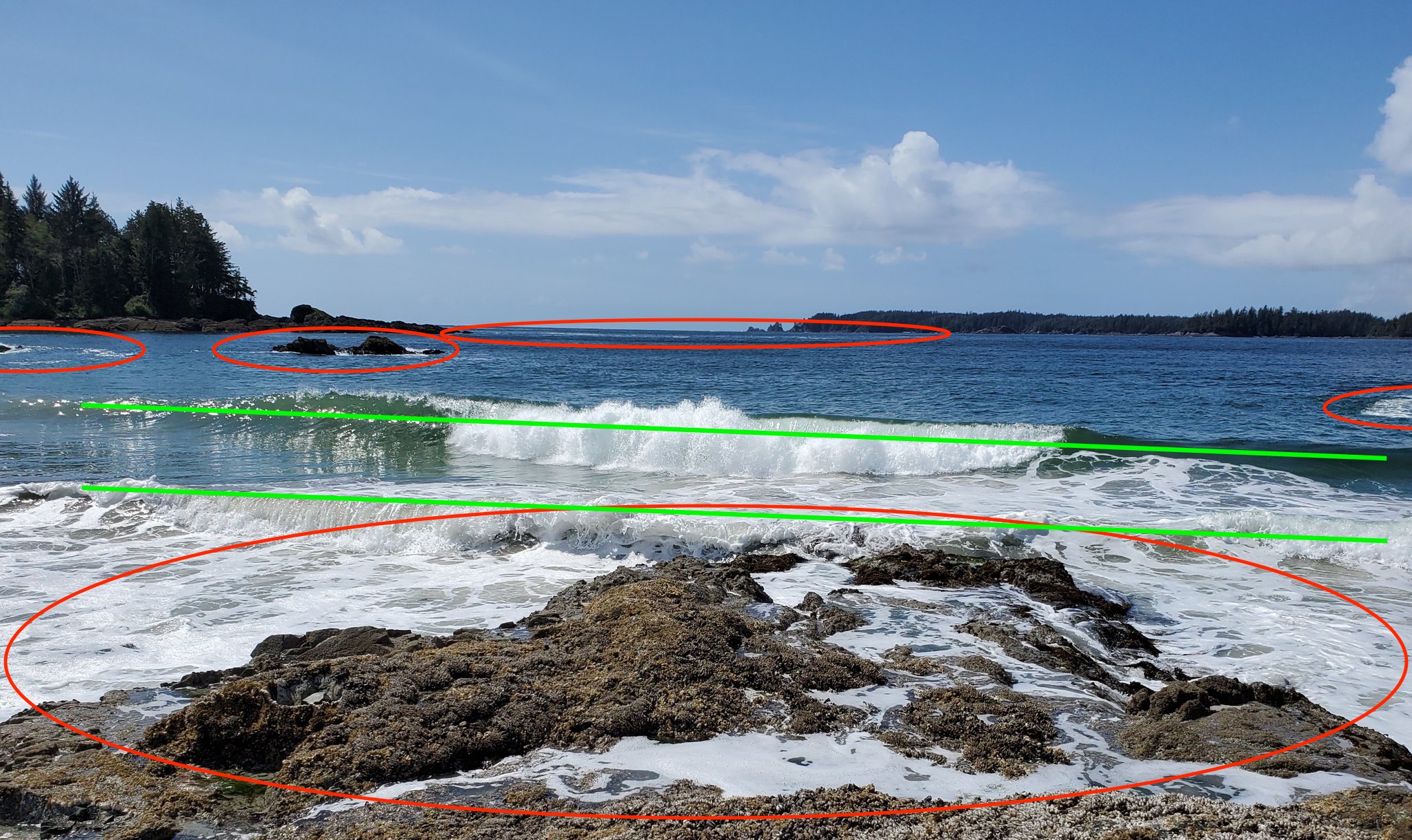 In contrast, let’s look at the lovely picture below.

Here, we have a sandy beach on which the waves can run out. There slope right at the water’s edge is not very steep, but seeing that we can only really spot two wave crests there has to be a change in gradient. About where the offshore wave crest is in the picture below, or possibly a little further offshore, the water depth must suddenly increase, otherwise there would be more wave crest visible further offshore. Since there aren’t any, water must be a lot deeper there. 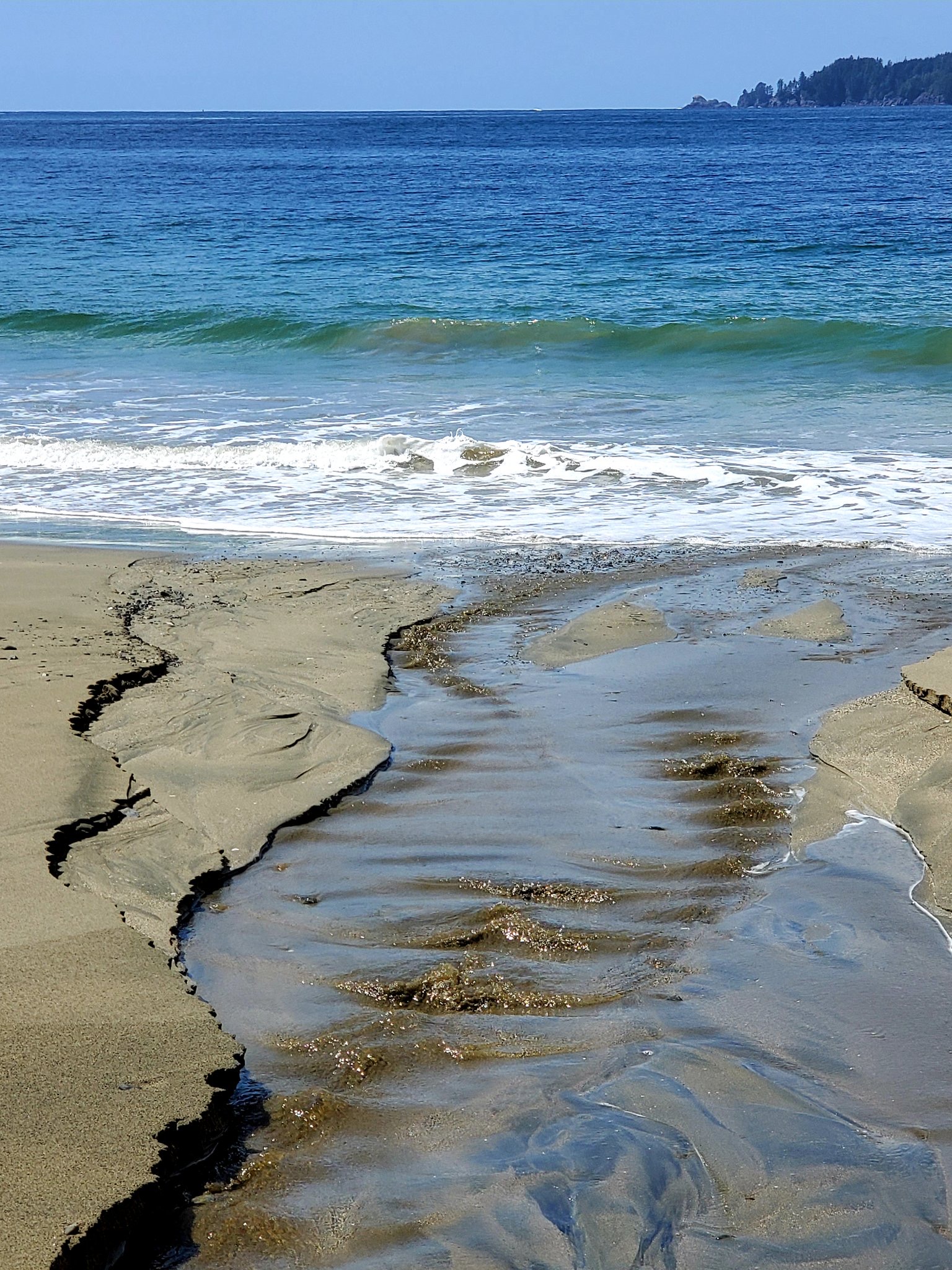 But what I found really cool about the picture above are the trains of standing waves in the little stream that flows into the sea here. I find it so fascinating to see standing waves break in the upstream direction — so completely unintuitive, isn’t it? So much so that I dug out some pics from January for you and posted them last Friday in preparation for today’s post. Sometimes I actually plan my posts, believe it or not!

Standing waves don’t move in space because the flow of the current they are sitting on is exactly as fast as they are moving, only in the opposite direction. What is happening in the picture is that in those standing waves sit on ripples in the sand. The waves become so steep that they are constantly falling back down onto the current, get carried up the ripples again, in an endless loop. So fascinating!

Related Posts to "Such a pretty #friendlywaves!":