Remember how the morning was beautiful but windy? As I got up and saw how the sea spray was flying, I remembered having woken up during the night, noticing the ship move. Since it’s quite a large ship I remember being a little surprised, but falling asleep quickly again since I really love sleeping on a moving ship.

Anyway, check out that stack of chairs in the far corner of the Sun Deck. You would think that if it got wet, that would be only from rain, right? 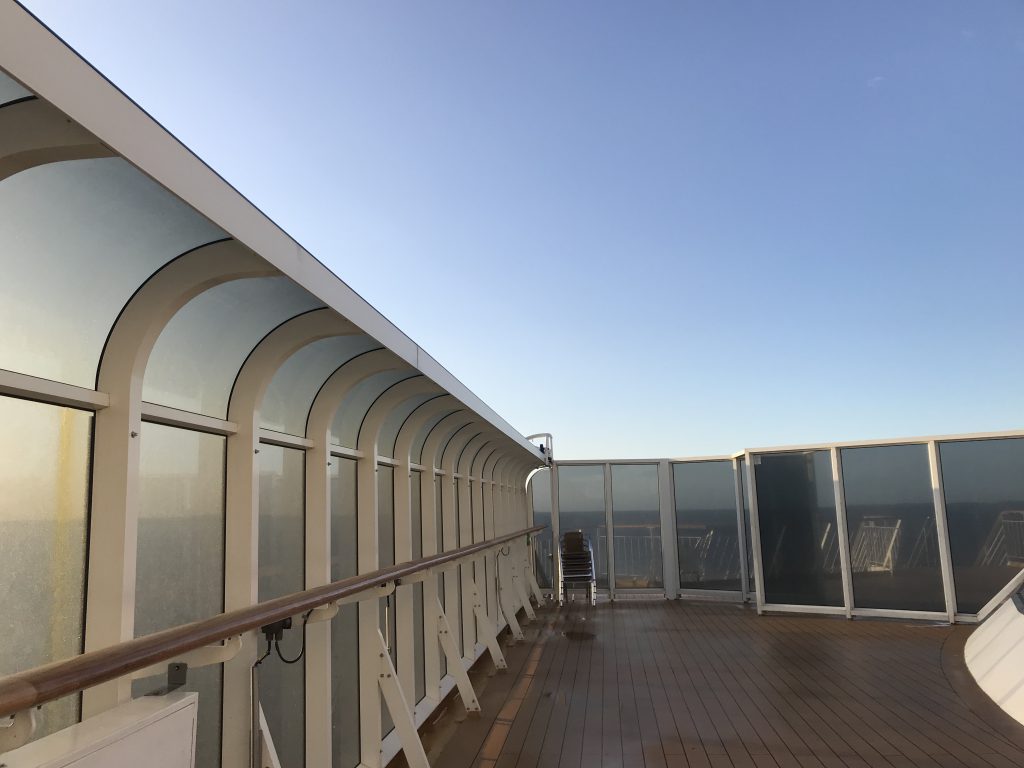 Nope. Judging from the brine visible on the arm rests, the air must have been full of sea spray during the night (And it has to have been during the night and not some other time, because the previous day I had gotten a chair from that pile and there wasn’t anything like that on them for sure). Again I was super happy about my rain gear so I could just sit down in the brine, knowing full well that I would have salt all over me later… 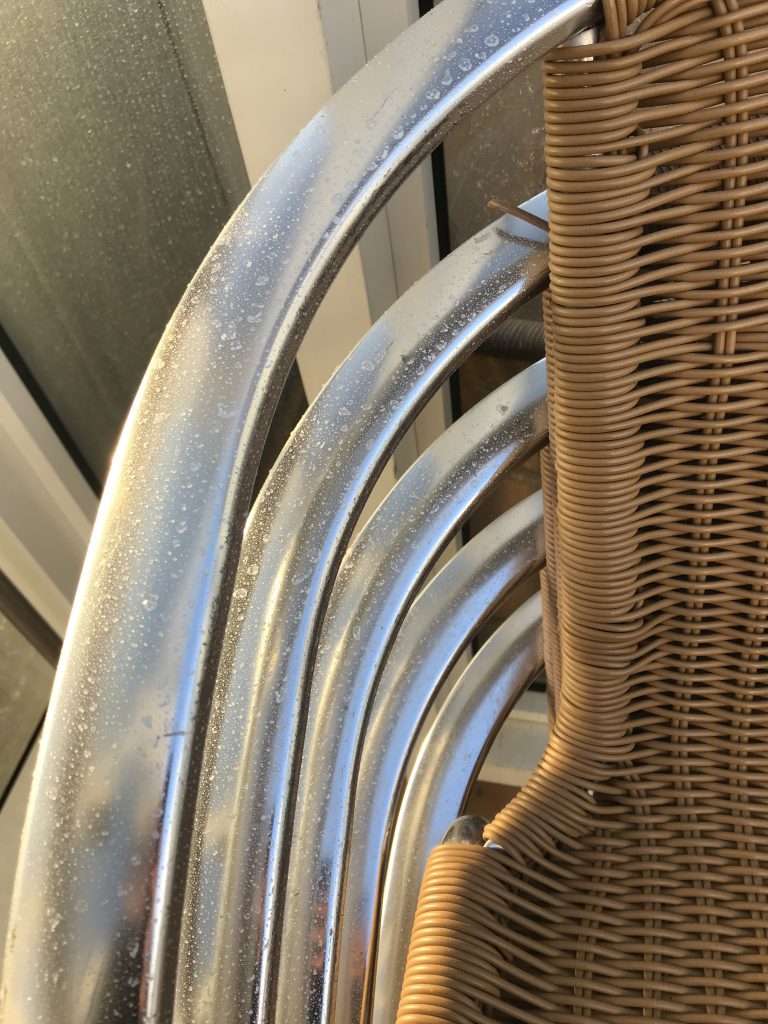 Related Posts to "Kiel to Bergen, the mini series. Part 7, in which I find evidence for a rough night at sea":