But, more interestingly, the wake of this police boat. I find it already pretty cool in the picture below: The fjord is calm and mirror-like, but inside the ship’s V-shaped wake the surface changes completely and the reflections look totally different (now only reflecting the sky back, not the cranes). And, of course, the V-shaped wake itself has quite a large amplitude, too. 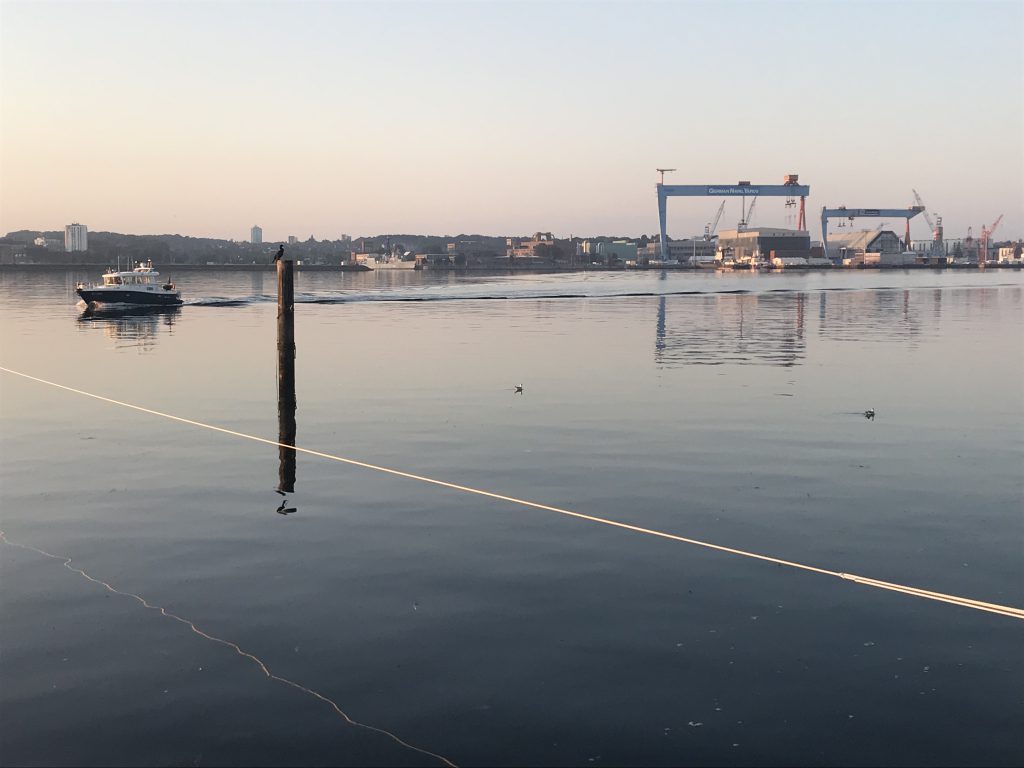 A little while later, the wake has not only reached the sea wall, it is already being reflected back away from the wall. See the original wake at the bottom of the picture below, and the reflection further away, near the five bollards? 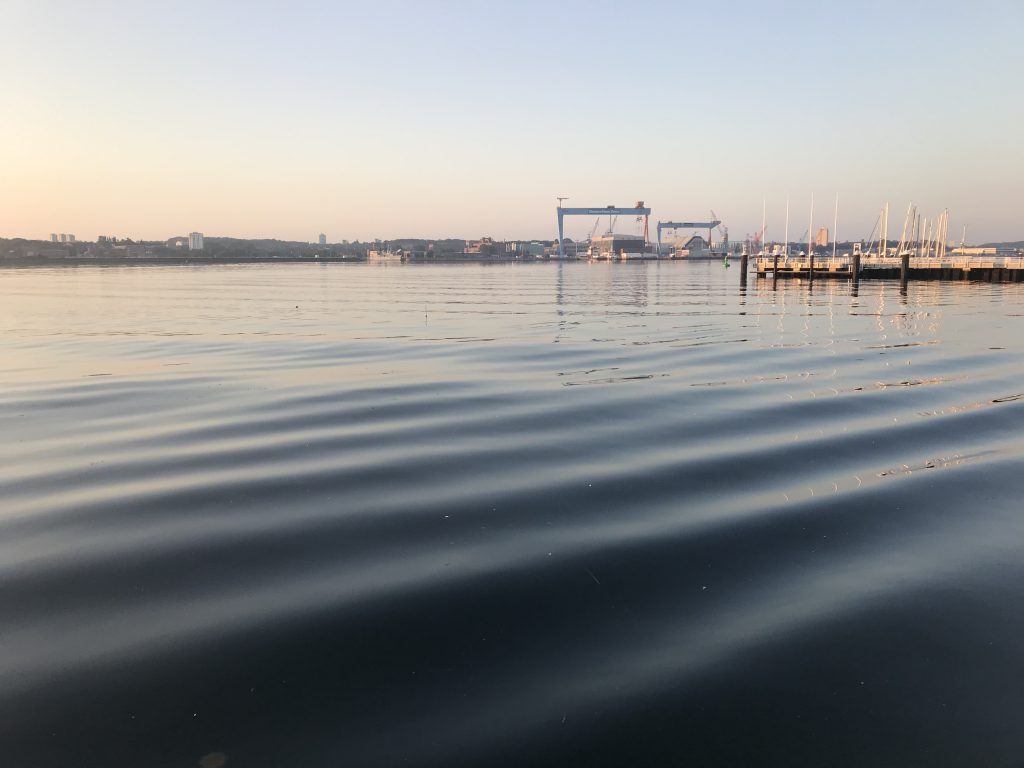 Looking slightly further right, we see the concave shape of the sea wall here, and how waves are being focussed similarly to how radio waves are focussed towards the receiver with parabolic antennas. 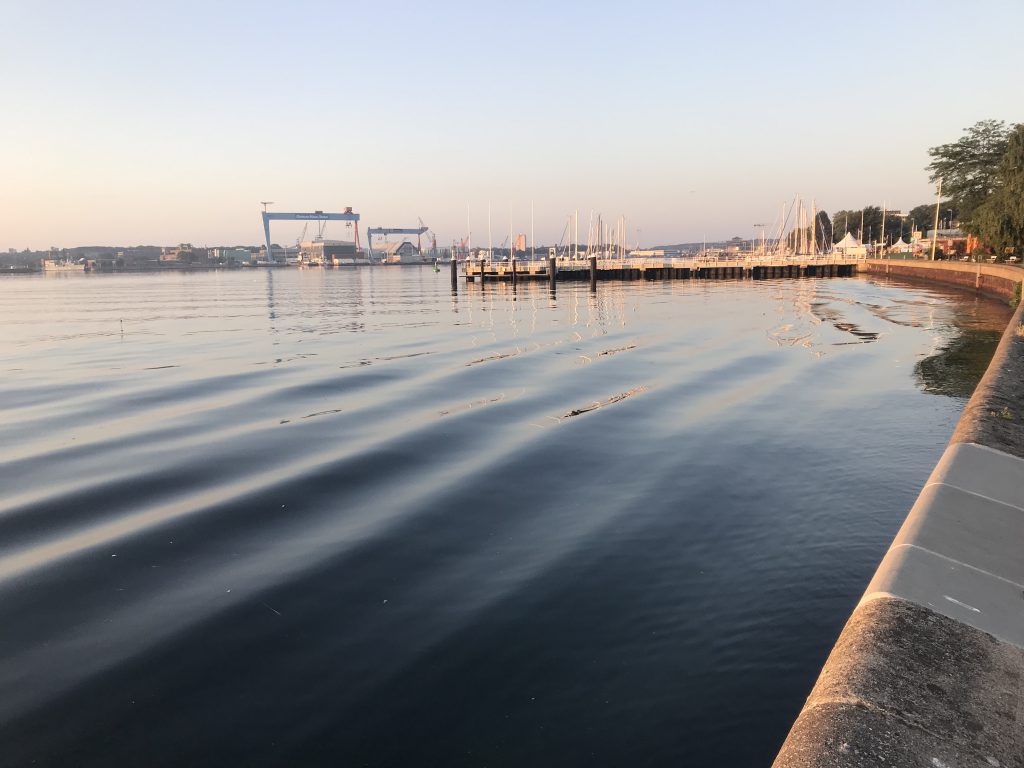 So as the reflected waves propagate out further and further, they little by little reach a focal point.

Which you see in the picture below: An area of higher waves in the middle of the water, seemingly for no reason. 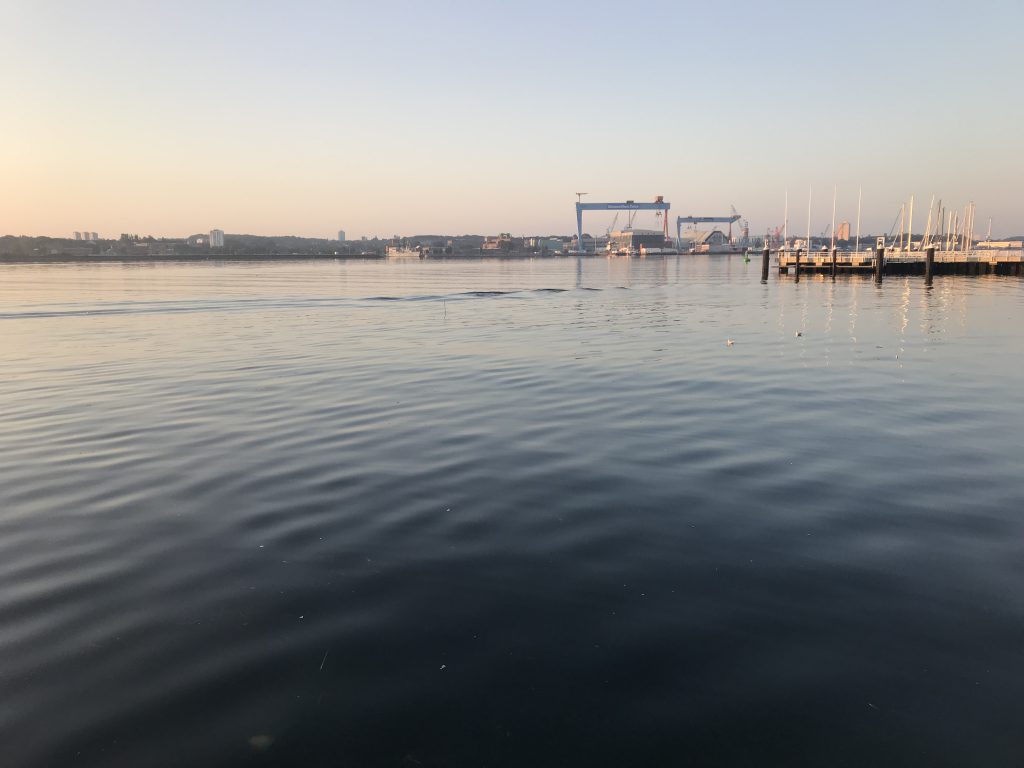 And the area where waves interfere and amplitudes are so high moves a bit over time, but it’s a quite persistent pattern.

Had I just come across this pattern without seeing it develop, I don’t think I would have been able to explain what is going on here.

And see how, now that the wake has passed, the checkerboard pattern of interfering waves in the foreground is a lot more prominent again?