Wakes are always interesting to watch. But usually, I am showing wakes of ships going straight ahead. So today, I have something cool for you: The wake of a ship doing a 90 degree turn!

And what that does is that the feathery wake that is usually V-shaped now gets deformed! 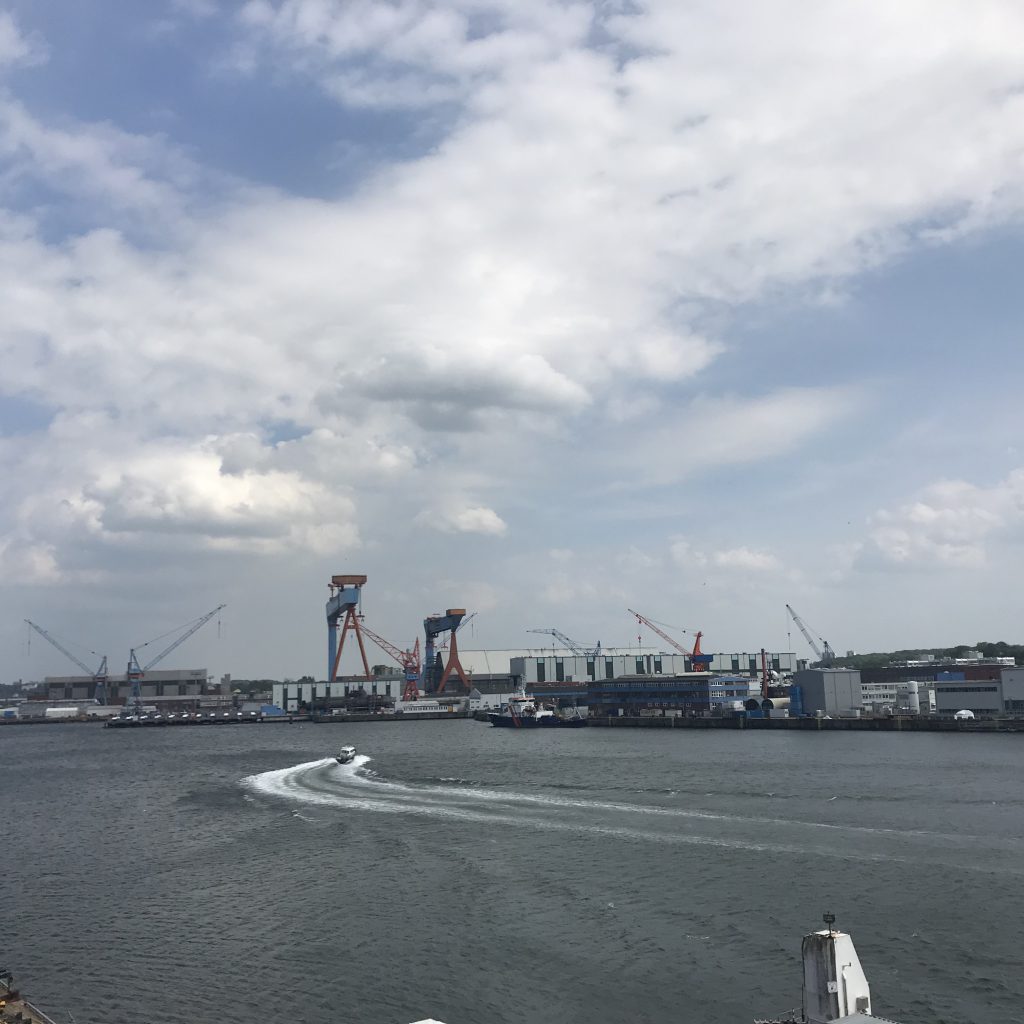 And this deformation of the wake means that on one side of the wake, the feathery waves that are usually parallel now become fanned open, while on the other side they get bunched together. See? 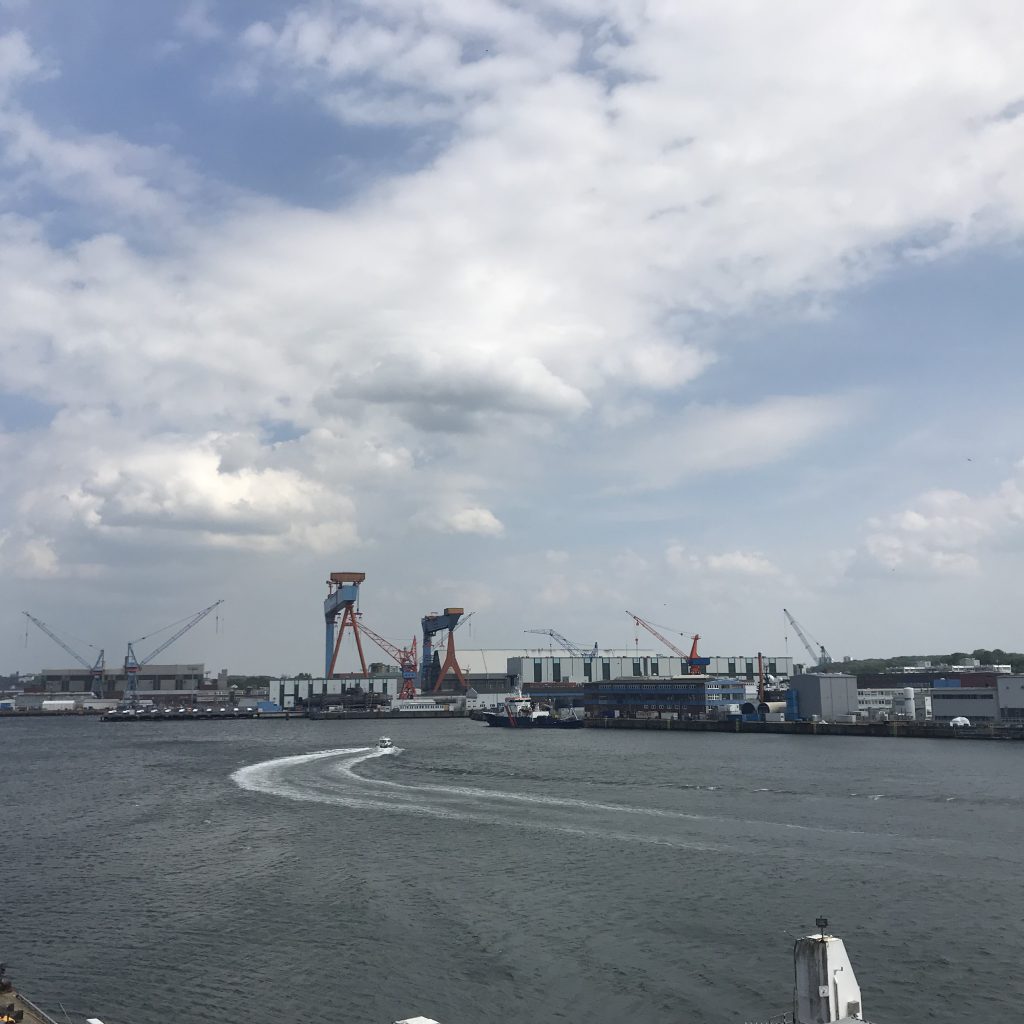 After the ship had gone a lot further, there were still effects of its wake visible, both of the waves created as well as the turbulent wake that is still visible in a surface roughness that is different from the rest of Kiel fjord, and a little foam. 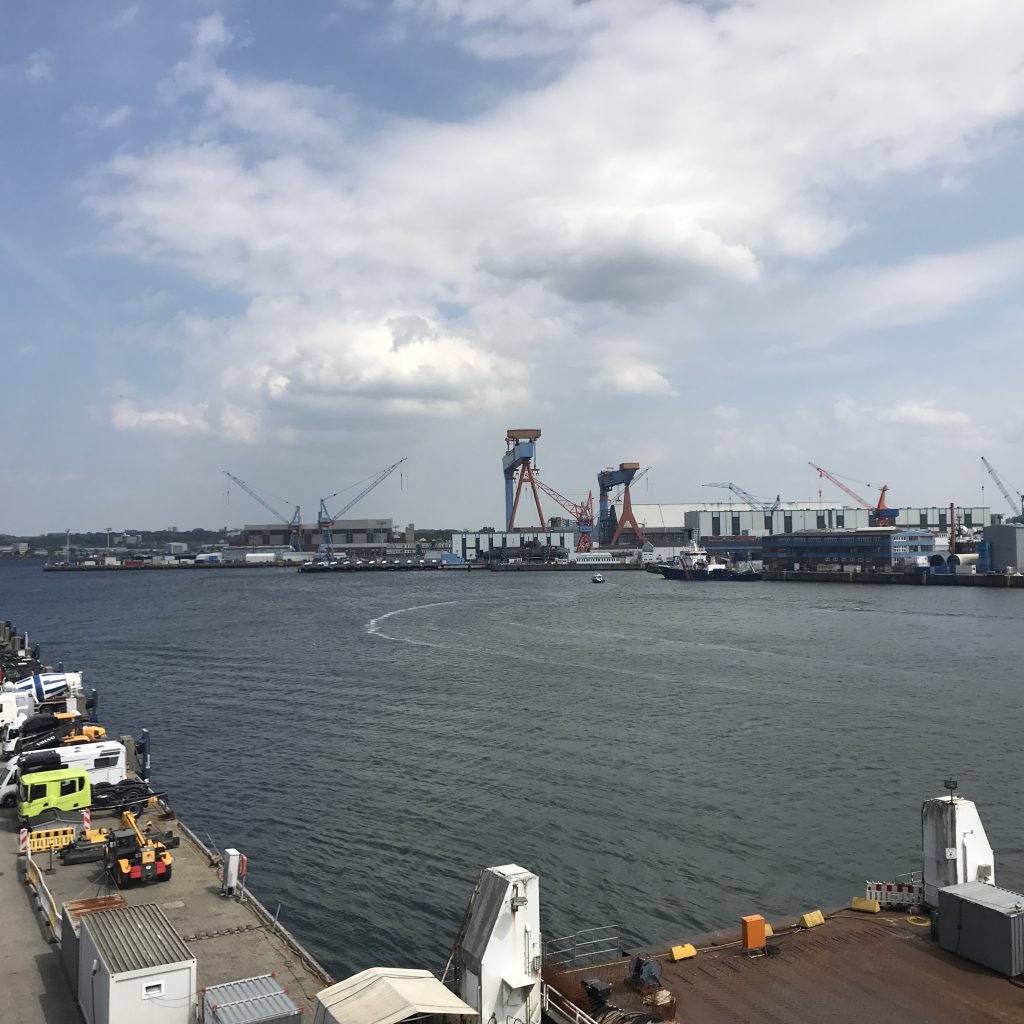 Fascinating how long such a wake stays visible!

And fascinating that such a small boat — even though it was going a lot faster — does create waves that are a lot higher than the much larger ColorLine does! 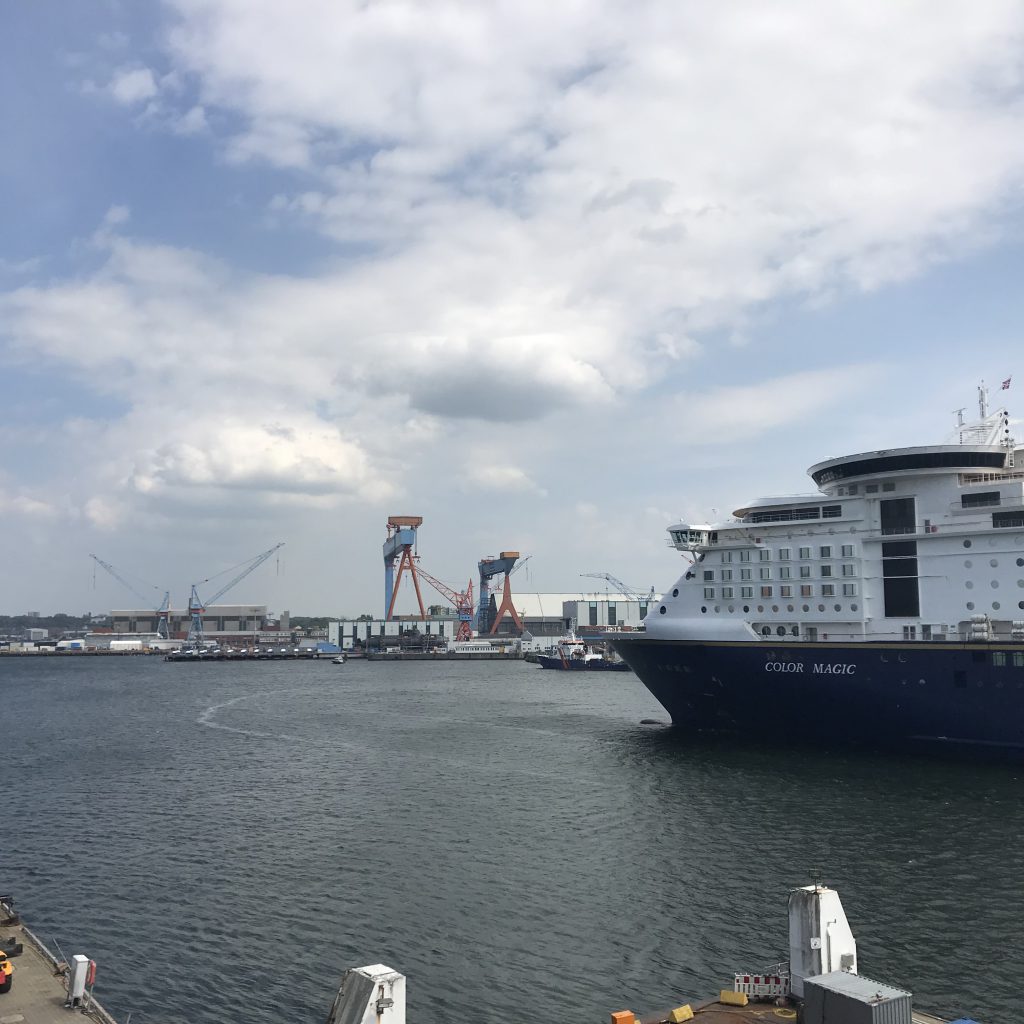 If you look at the large ColorLine, you see that there is a large turbulent wake, but (at this speed) hardly any waves created, so hardly a V-shaped wake!

Of course, it speeds up a lot as it sails out of Kiel fjord, and then things get more interesting wave-wise here, too :-)

Related Posts to "Some port of Kiel #wavewatching: A feathery wake getting fanned out and bunched together!":