At first glance, the picture above might not look too appealing. Dusty, almost stagnant water in a drainage ditch?

Ok, the dust might actually mainly be pollen, which makes it slightly better.

Oh, and it also provides us with insights about the flow in the channel! See, for example, how there seems to be a lot more flow in the channel going horizontally in the picture below than in the one that leads into that one? If the other one was carrying more water, there wouldn’t be a dirt streak going across its mouth, it would have deformed that streak in the direction of its flow. 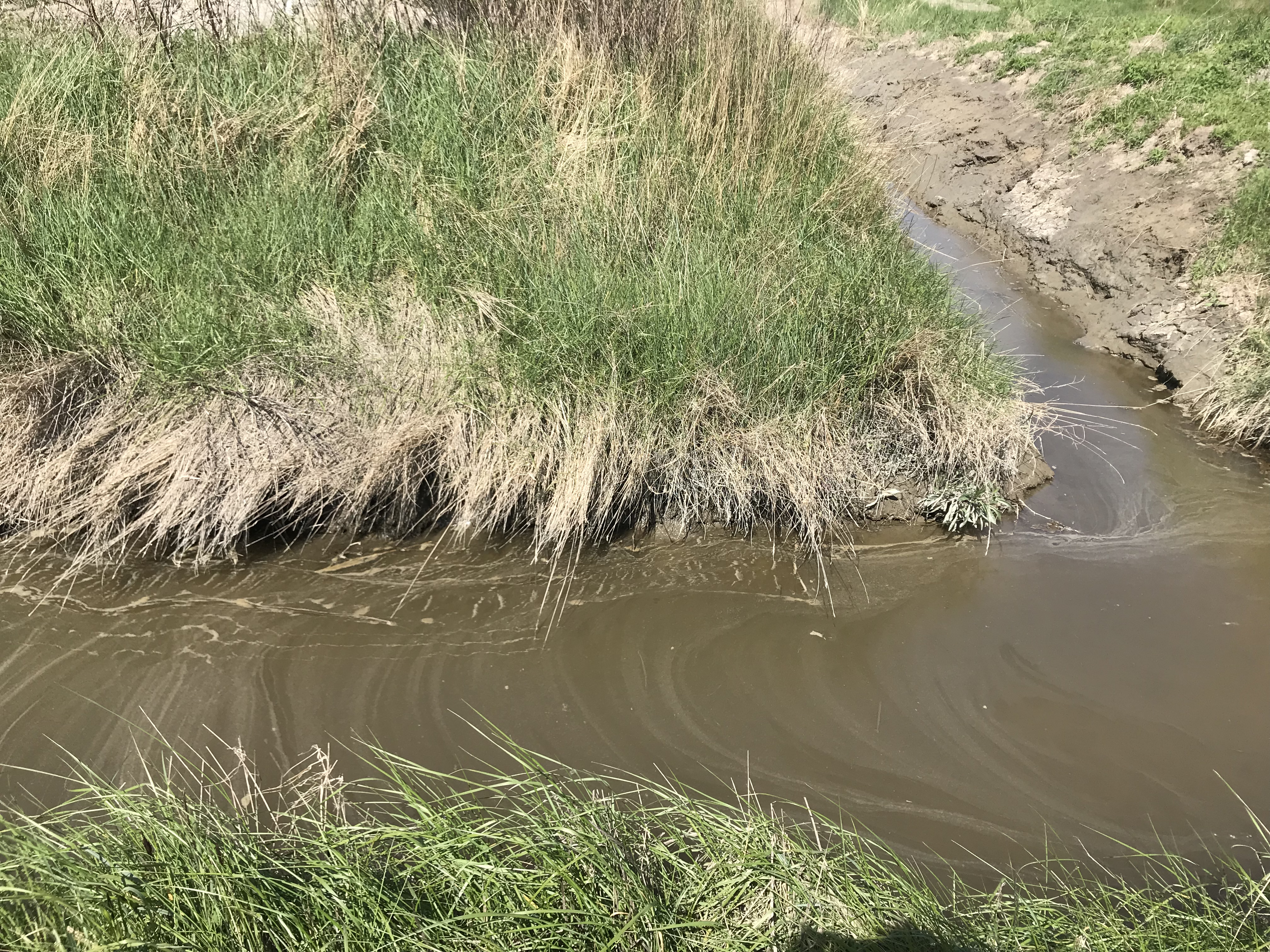 Like all the stripes going across that horizontal channel: They are all deformed to show faster flow in the middle than to the sides, as we would expect for pipe flow, because there is more friction to the sides than in the middle.

See how the dirt collects on the left side of the picture? That’s because the flow then continues below surface level, so the surface films can’t easily go through the pipe with the flow. So we are collecting an archive of dust events here, almost like tree rings! 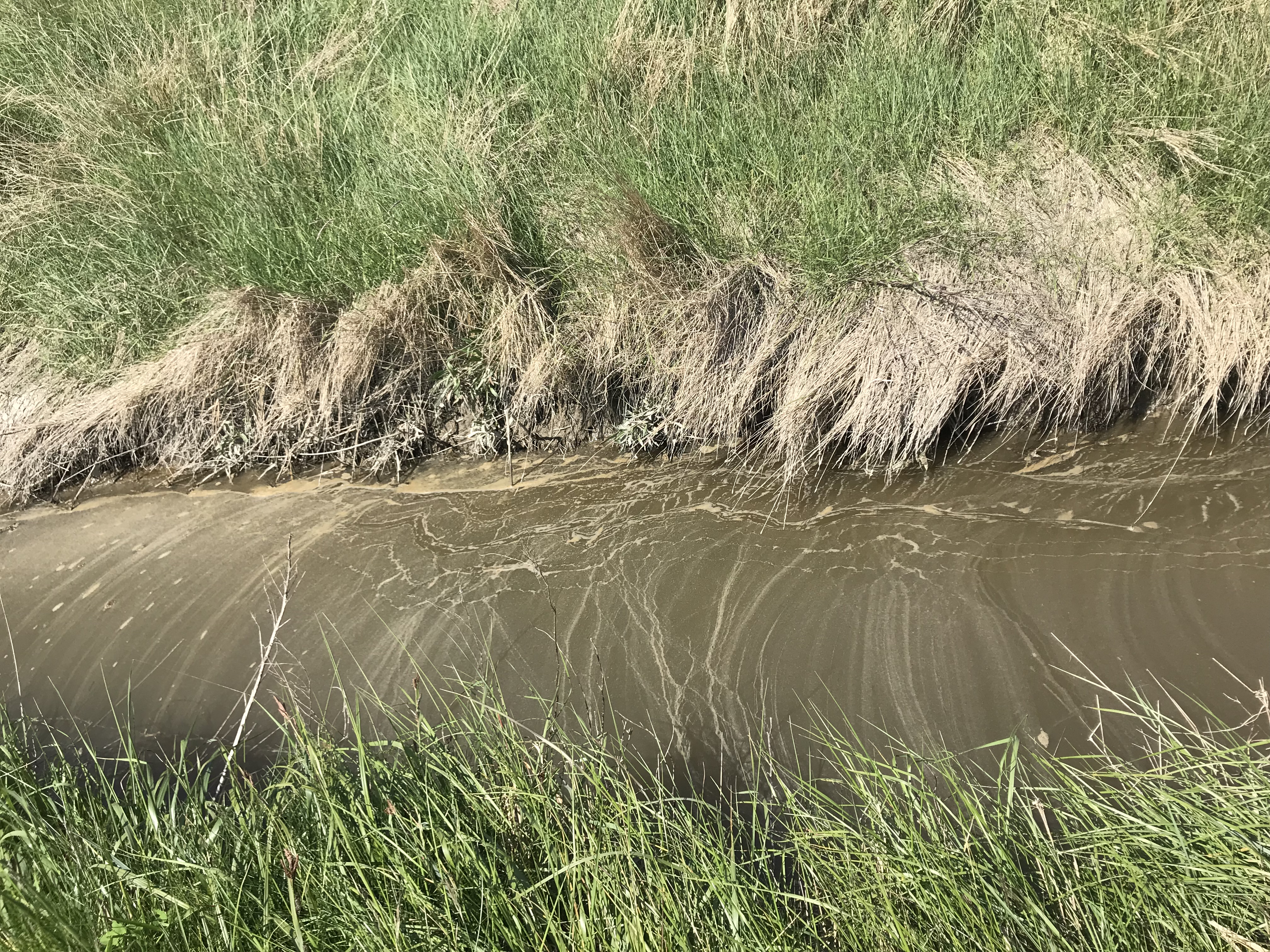 The wriggly lines the grass draws into the surface film is caused by the grass being moved by the wind (Pity. It would be a lot more exciting if there was eddies in the water, causing these patterns. But unfortunately it’s really only the wind). But it does look pretty cool, doesn’t it? 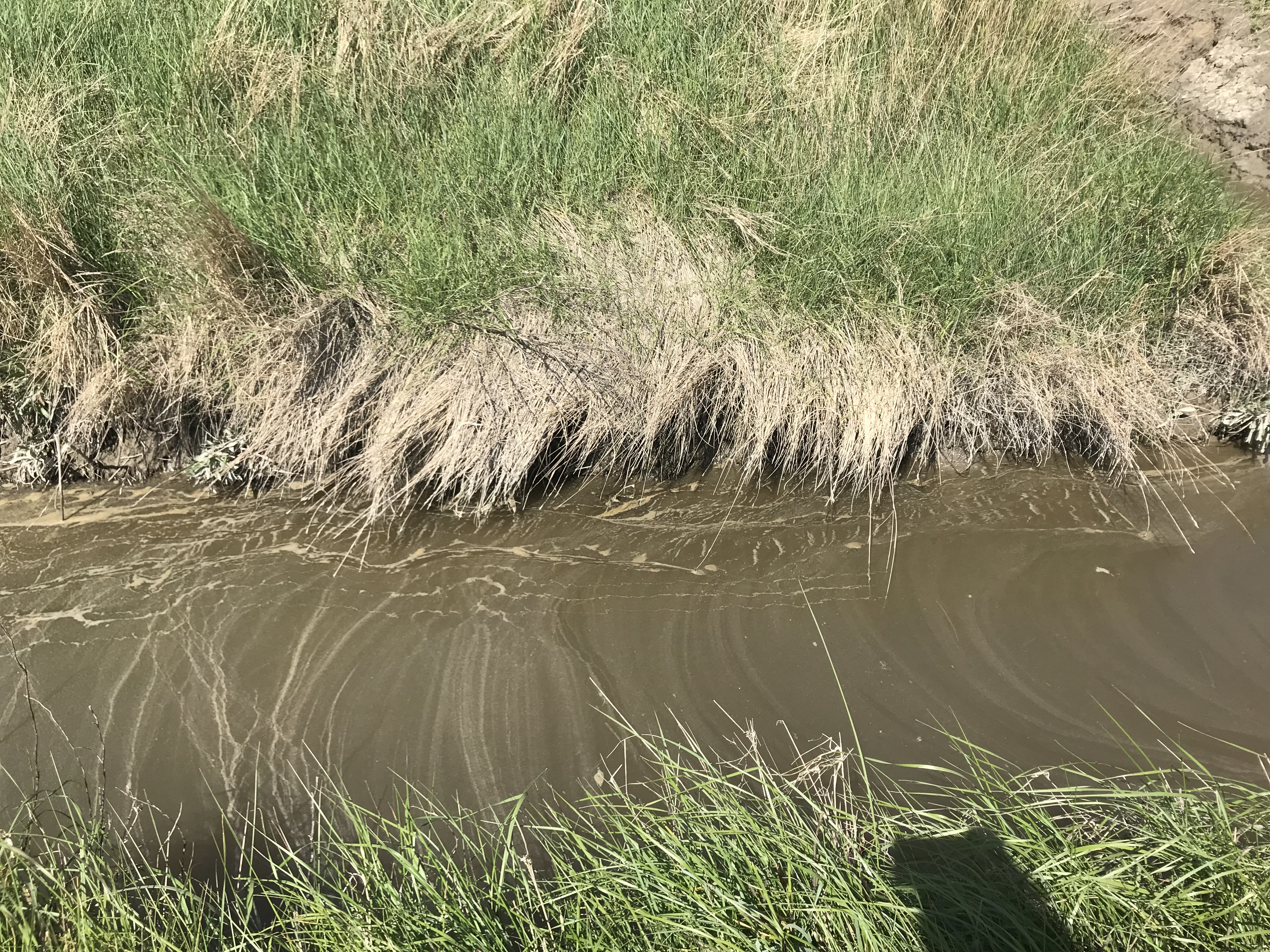 Who would have known that looking into dirty drainage ditches would be so interesting?

Related Posts to "Dirty drainage ditch or a natural flume for fluid dynamics fun? You decide!":