So many people are surprised when I speak of wave watching as of a “real activity”. But to me it is! So I am going to talk you through a couple of minutes I spent looking out on the water where the Kiel Canal meets the Kiel fjord, right outside the locks at Kiel Holtenau.

A light breeze across the fjord

The “light breeze” part is fairly easy to observe: There are ripples on the water, but no actual waves. “Across the fjord” is also fairly obvious if you look at either side of the wave breaker: On the fjord side, there are ripples, on the shore side, there are none (or hardly any), indicating that the wave breaker is sheltering the shore-side from the wind (and dampening out the waves that come across the fjord).

And then: A ship sails into view! 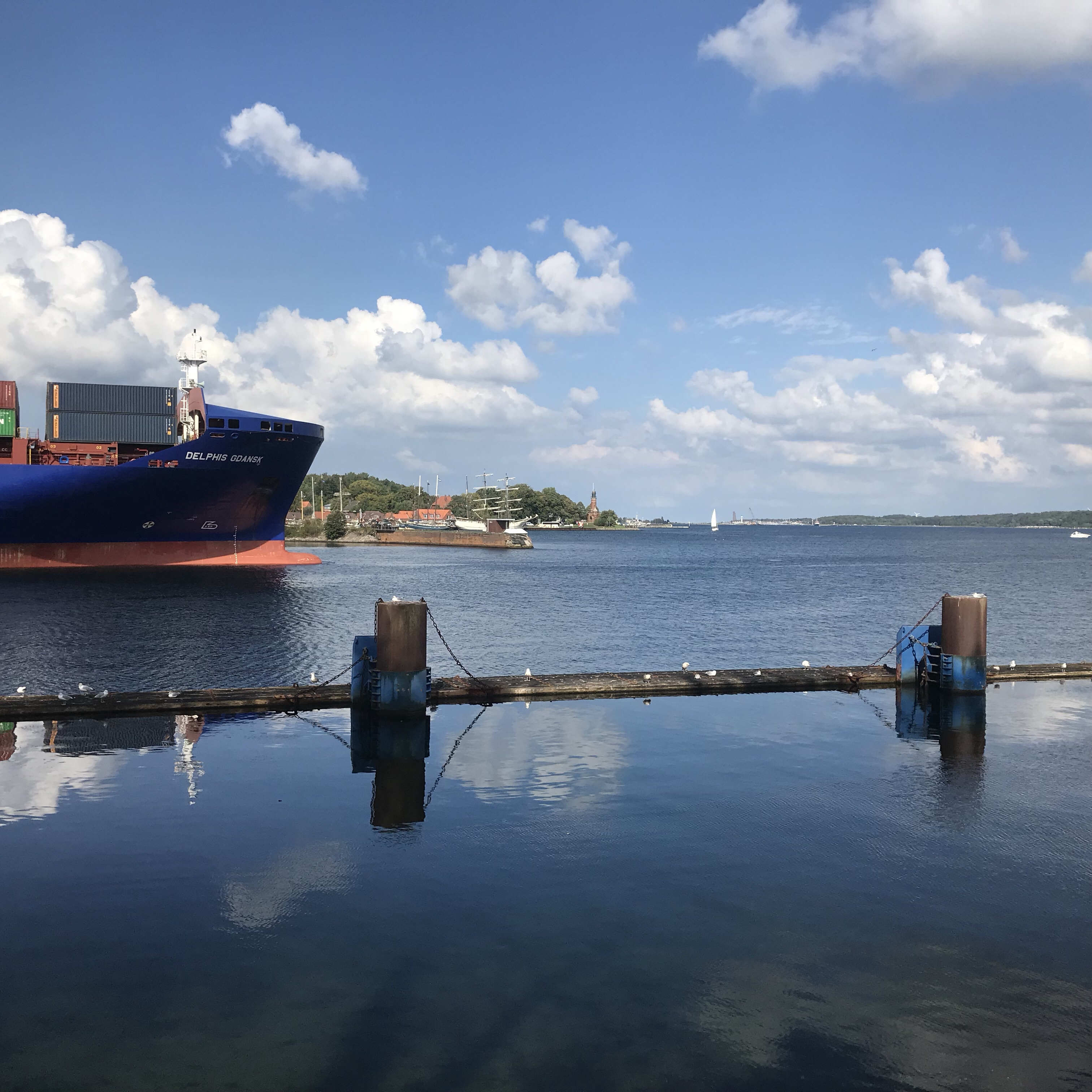 We watch the ship sail past, dreaming of foreign countries and exciting adventures.

A ship leaving a wake

Behind the ship, the water looks very different from what it looks like everywhere else. The wake is turbulent and waves radiate outwards like a V, with the ship always at its tip. 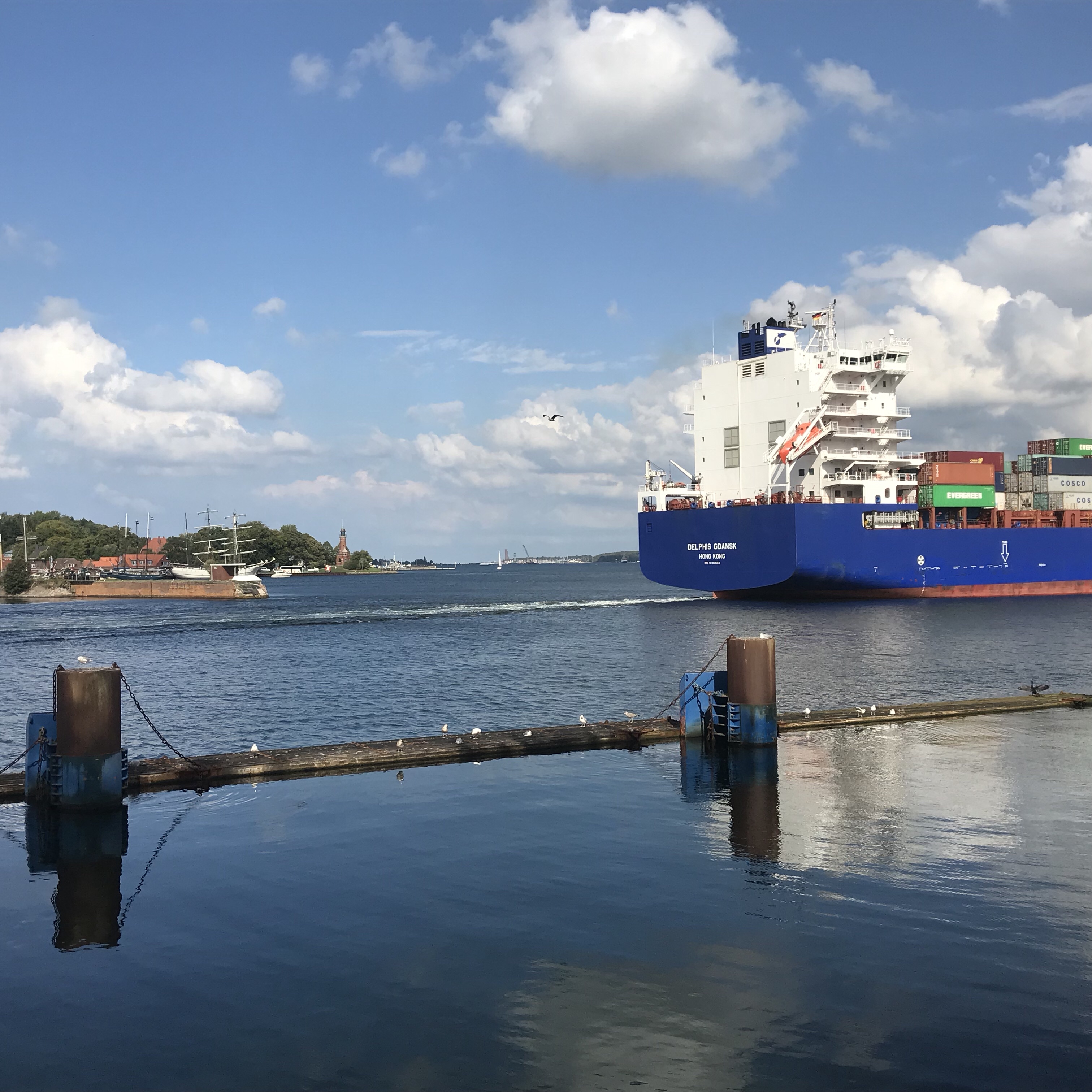 Then, the ship is gone. But we can still see where it went.

There are no waves in the tubulent wake

The ship’s path is completely smooth. No waves have invaded the turbulent waters of the wave just yet, claimed them back. However, the waves the ship created in that V are about to reach the wave breaker. 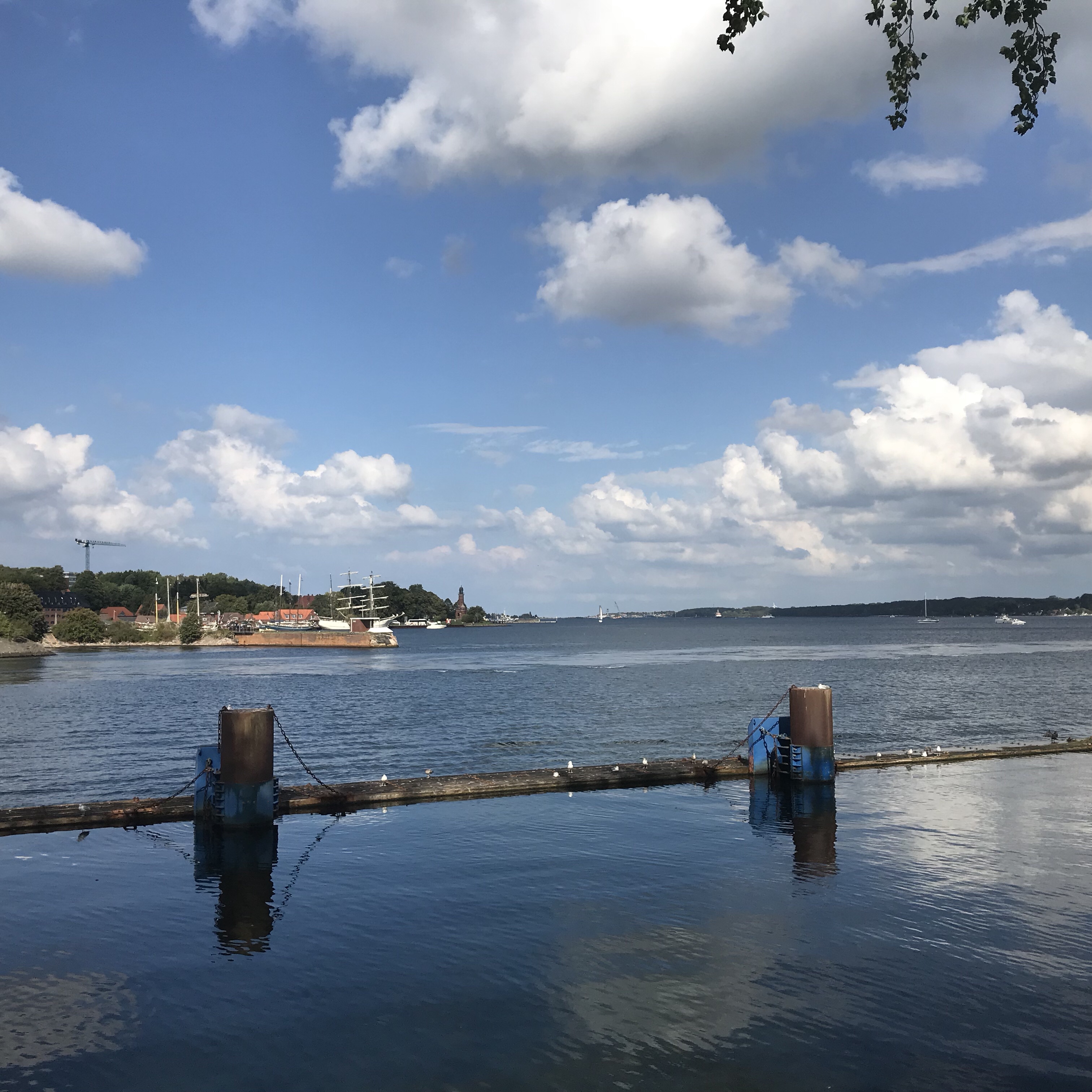 Also the wind has picked up a little, as evident from the less smooth water surface shore-ward of the wave breakers.

Diffraction at a slit

Right after the waves from the V reach the wave breaker, they reach the opening at the end between the pylons. And what happens now is that the waves get diffracted at a “slit”: they propagate outwards as semi circles, even though the wave fronts were straight when they reached the slit. 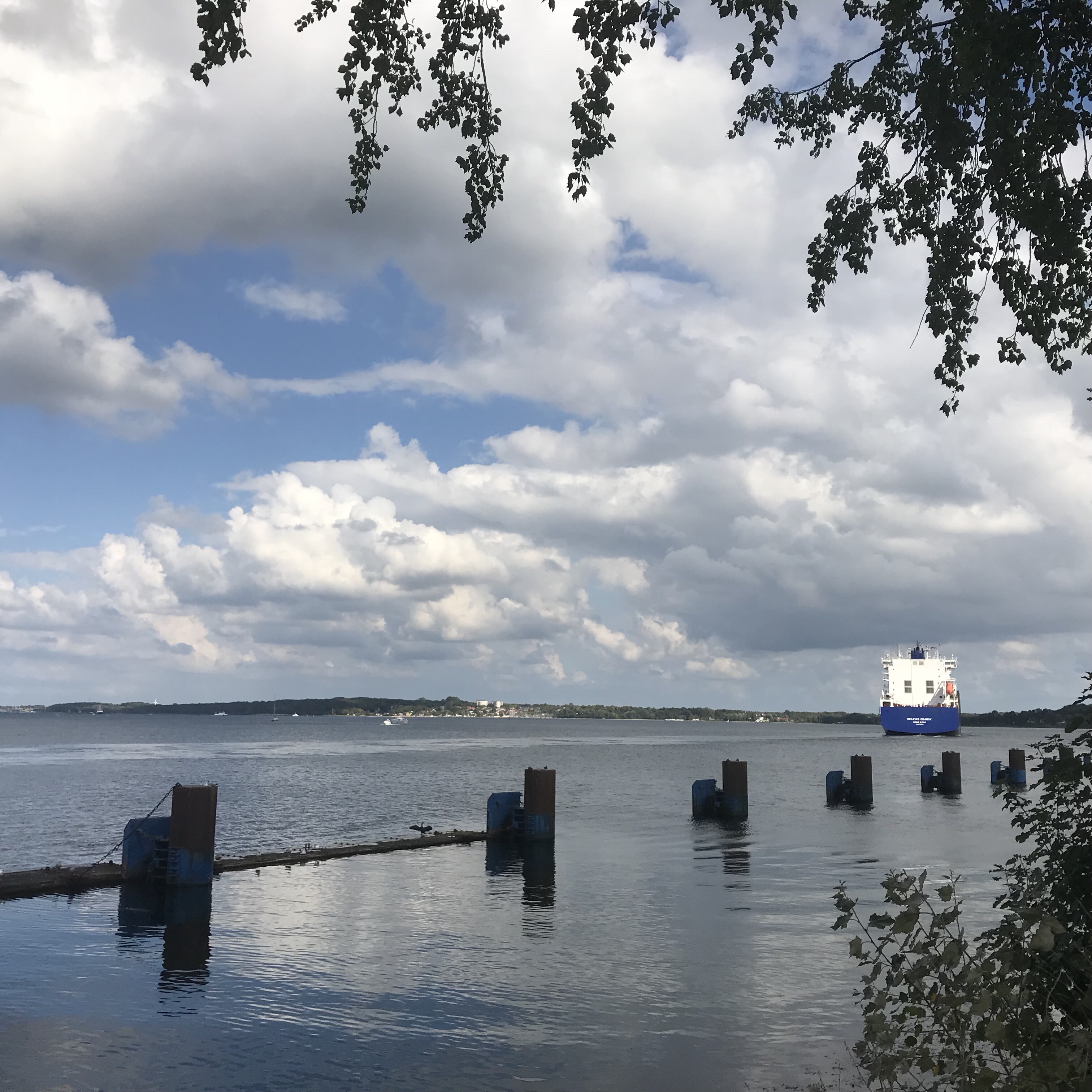 How awesome is that? And all of this happening in a matter of minutes! 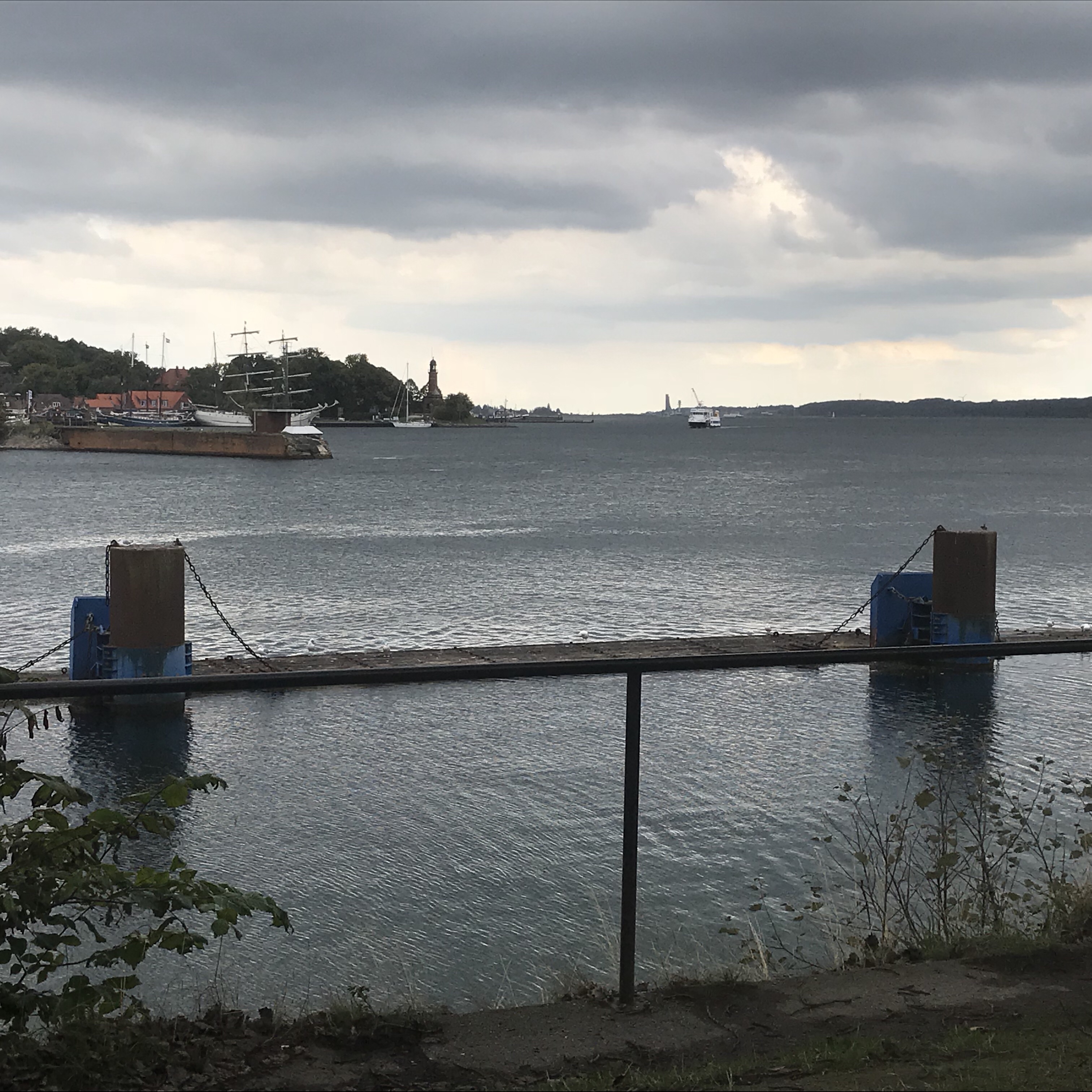 So if you were wondering, too: That’s the kind of stuff I look at when I am wave watching. And I still find it super fascinating and relaxing at the same time! :-)

Related Posts to "Wave watching at the Kiel Holtenau locks":