As you know we are currently preparing for future wave riddles. So this afternoon I went out for a wave hunt again and found something beautiful for you! 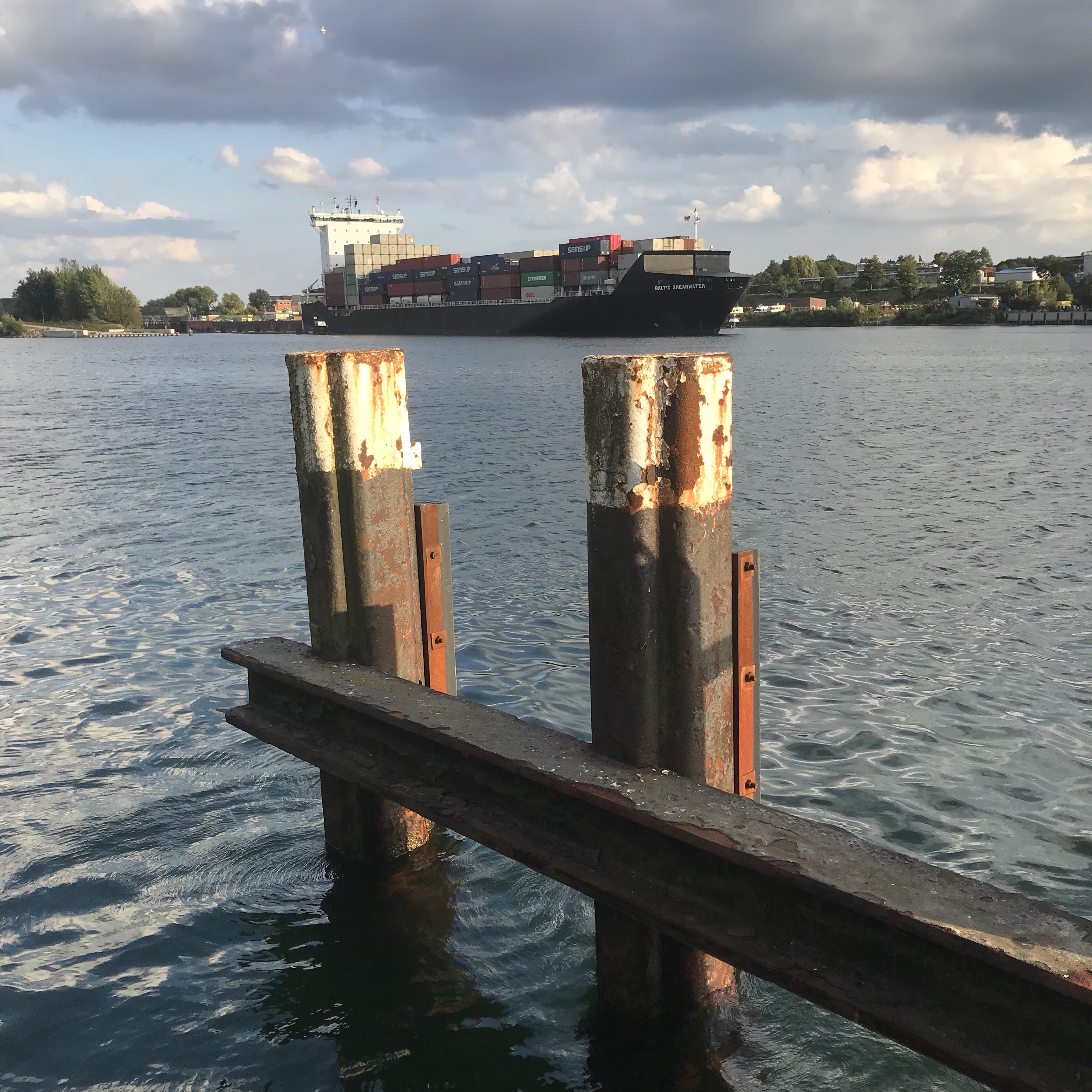 The ship coming out of the Kiel-Holtenau locks into the Kiel Canal is making waves, but although those are pretty exciting, too, there are more things going on in the picture above…

Many processes can create waves

In addition to waves made by ships, seagulls, the locks opening and closing, and those waves being shaped by reflection, refraction, and all those other processes, most waves look actually pretty similar, and they are all formed by the same process.

Most waves are wind waves

In almost all situations it’s a safe guess that most of the waves you see are caused by the wind. Either locally, or by storms far away. Of course, the waves might look very different from day to day and location to location. But as a rule of thumb, the stronger the wind, and the longer it has been blowing, and the longer its way over water without any obstacles in its way, the higher the waves.

Usually the length of the fetch shapes the wave field

This uninterrupted stretch that the wind can blow over the water is called the “fetch”. And it explains why you don’t have really large waves on small ponds: if the fetch isn’t long enough, waves just don’t have enough time to build up from when they are generated at the upwind side of the pond until they have reached the downwind side.

Sometimes though, there are obstacles in the wind field that cause interesting wave phenomena. Below you see that the wind that has been coming across Kiel Canal is interrupted by those pylons. Upwind of the pylons the waves are fairly regular and pretty boring. 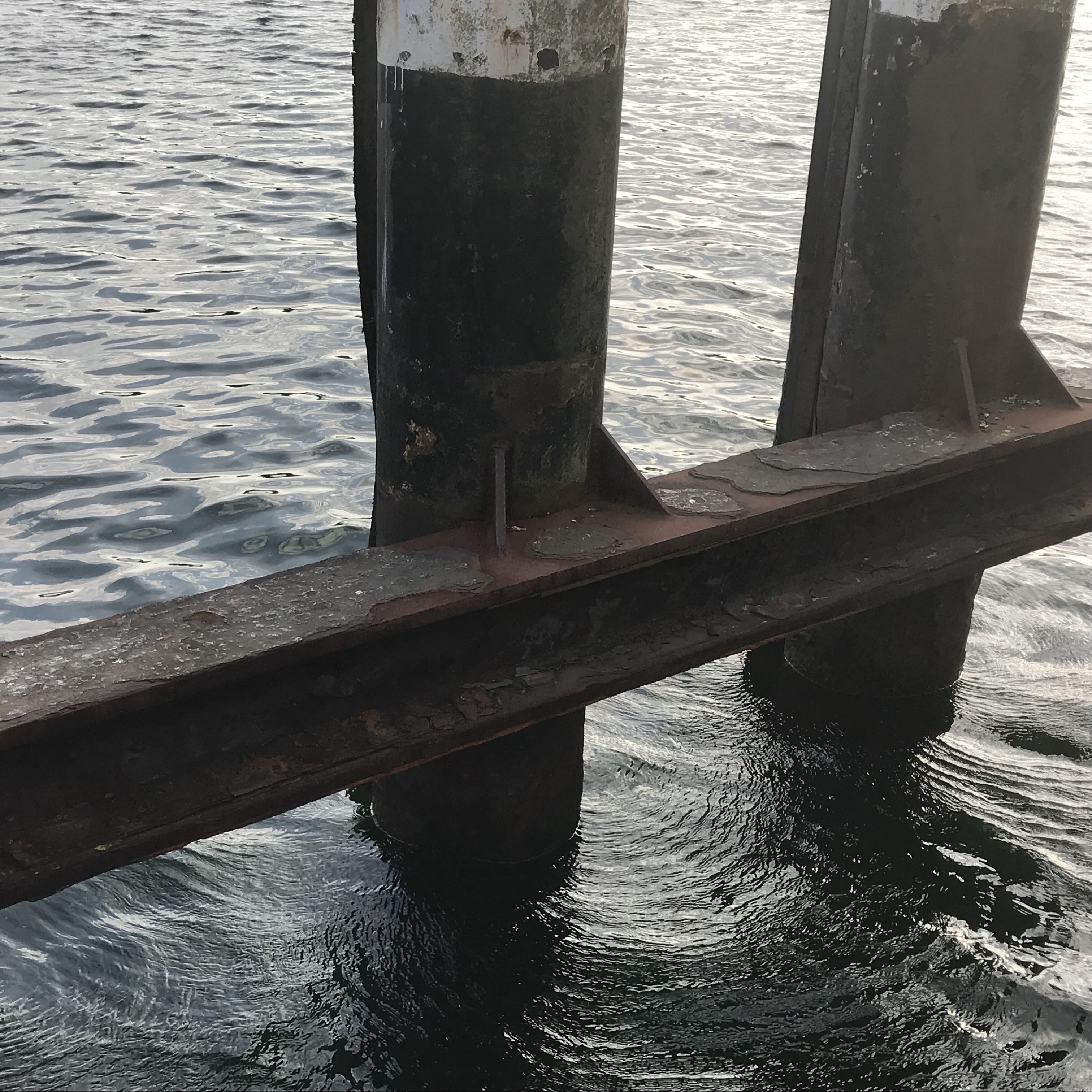 But remember your Bernoulli? If the area across a flow decreases, for continuity reasons the flow speed has to increase.

Since air is “flowing” in that sense, too, it’s accelerated where it goes in between and around those pylons since it has to squeeze through a smaller cross section than it had to its deposal further upwind.

The wind field is mirrored in the wave field — well, kind of

Do you see how the faster wind causes all these nice little ripples? Maybe “mirroring” the wind field isn’t quite the right way to express it, but you can definitely see where the wind speeds are different from the rest of the Kiel Canal just by looking at the waves! From there the waves then propagate as sectors of circles outwards and leave the areas of the high wind speed, but they quickly dissipate and vanish again. 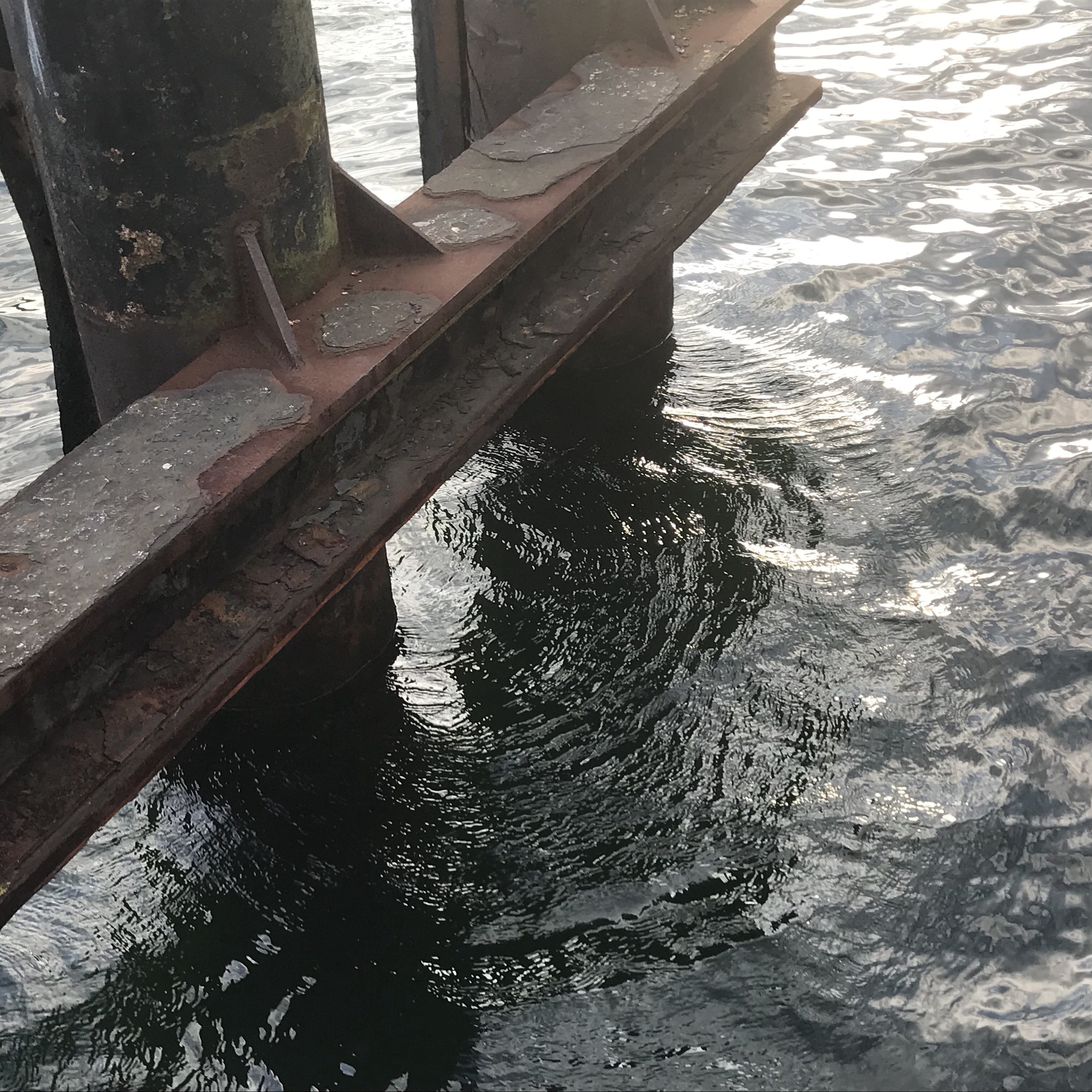 Wave watching is awesome. Can you think of anything better to do on a Saturday afternoon? :-)

Related Posts to "When not the fetch but a funnel shapes the wave field":