Bergen is a fairly wet place with on average 240 rain days every year. But that actually provides us with the perfect opportunity to see plenty of rainbows. Here is the view from the window of my apartment in the university guest house yesterday (and I love the raindrops on the windowpane!): 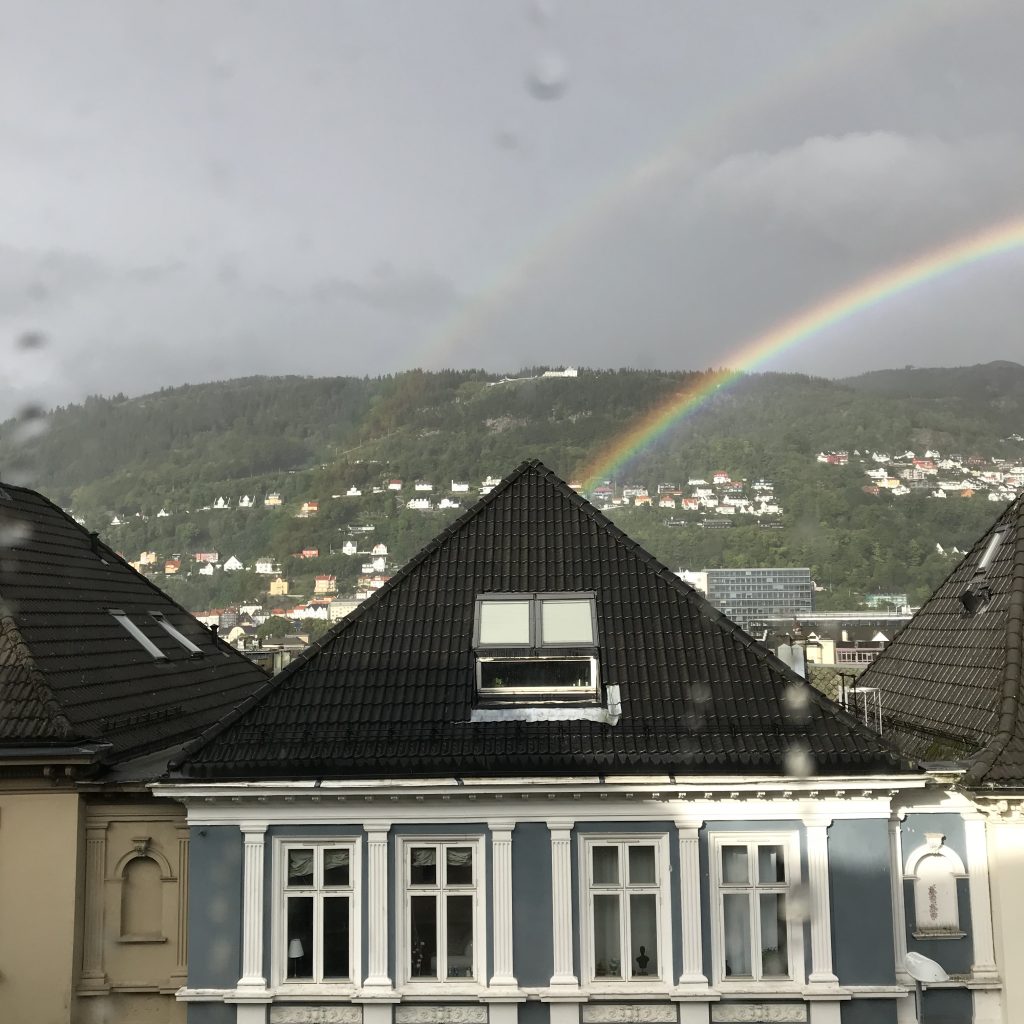 I am always fascinated by the intensity of the colors in a rainbow, and in cases where you get a primary and a secondary rainbow, of the darkness between those two. That area is called “Alexander’s band”, and occurs because the inner, primary rainbow focusses light towards its inside, whereas the outer, secondary rainbow spreads it towards its outside. So we end up with this dramatic dark band in between the two. I love how dramatic it looks! 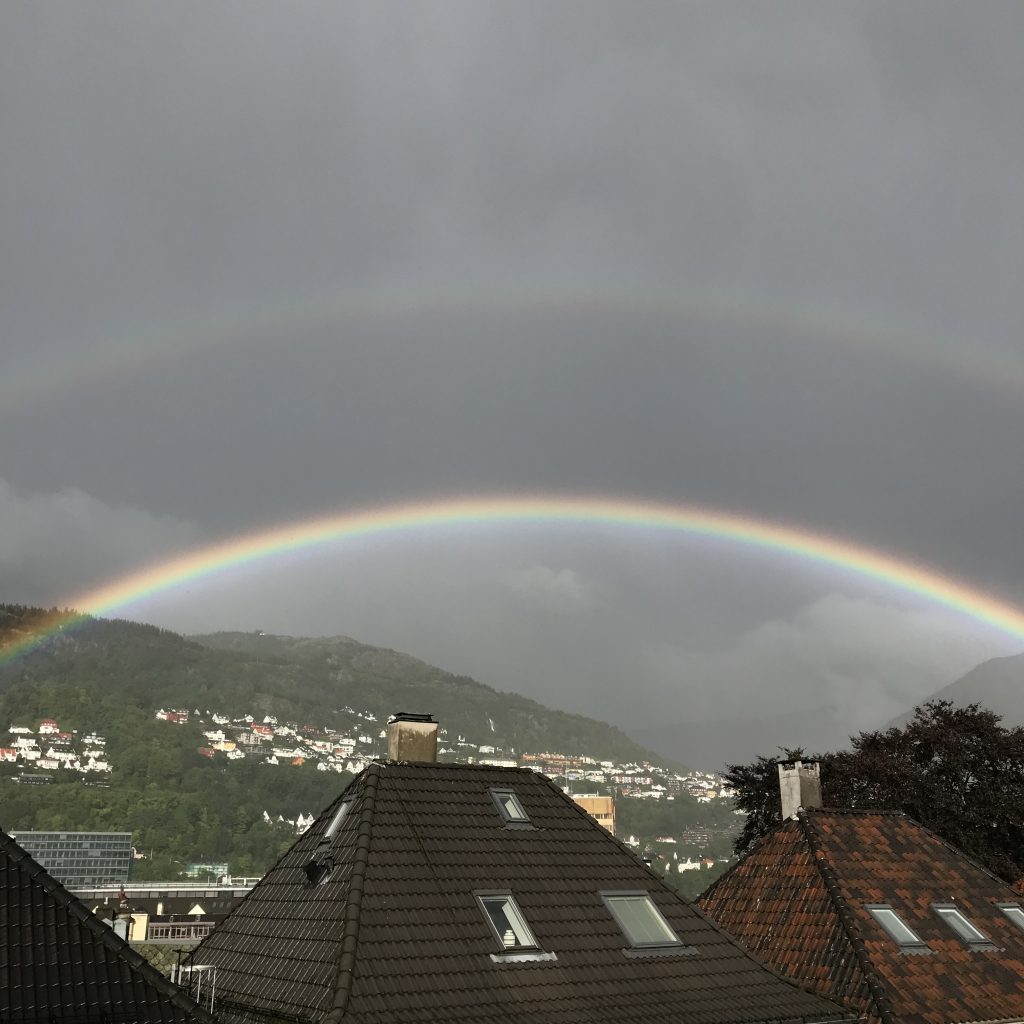 Fun fact on the side: A couple of years ago I did a couple of short movies on optics in rainbows, when I was playing around with different styles of teaching videos. Watching them back today is so painful, but at least this blog helps me to remember how far I have come… ;-)

But let’s get back to talking about the weather. As I learned during the “summer concert” of the Bergen Filharmoniske Orkester yesterday: According to conductor Edward Gardner, translating from Det finnes ikke dårlig vær, bare dårlige klær, “there is no such thing as bad weather, only bad cleather”. Hahaha. 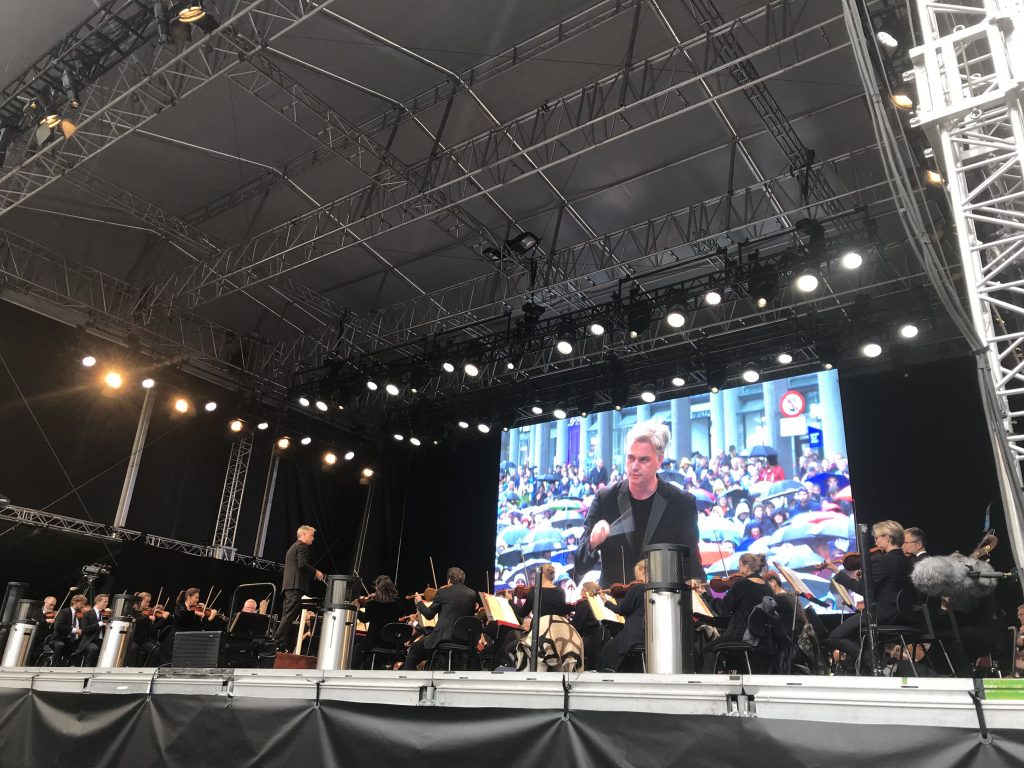 Summer concert of the Bergen Filharmoniske Orkester under conductor Edward Gardner on August 17, 2018. On the big screen you get a glimpse of what the weather was like…

Above, on the big screen behind the orchestra, you see the kind of clothing that was appropriate for the occasion. That was one brilliant concert and totally worth sitting in the pouring rain with rain coat, rain pants, waterproof shoes! There really is no such thing as bad weather! :-)

Related Posts to "Alexander's band: the dark space in between a primary and secondary rainbow":

3 thoughts on “Alexander’s band: the dark space in between a primary and secondary rainbow”