When November came around, I needed to actually stop imagining the book I wanted to give to Line for Christmas, I had to start creating. But where to start?

I wanted Line to recognize herself despite me painting her only from the back (guess why? Yep, I did not want to have to do faces!). So I inquired with my sister about the color of Line’s rain clothes. Because on the day the pictures above were taken we did bring her rain pants, but didn’t put them on her…. And also we then were both in blue trousers and red jackets, and that seemed a little boring in a picture book that would be mainly blue anyway. 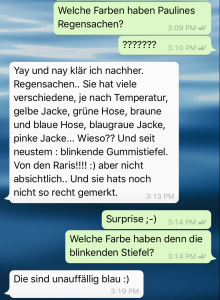 In my head, I had had a vision of all these beautiful water colour (ha! no pun intended) pictures that I wanted to include in the book. But turns out that the last time I did anything with water colours was in 2003 (yep, that was the date on the last picture on my water color pad), so the idea put me off a little because it seemed like a lot of work. On the other hand, I didn’t want to have black-and-white sketches only, because I wanted good depictions of the wave phenomena (because I wanted my goddaughter to enjoy reading the book, but also to learn about waves at the same time…). So I played around with water colours a little and it turned out to not be as bad as I had imagined… 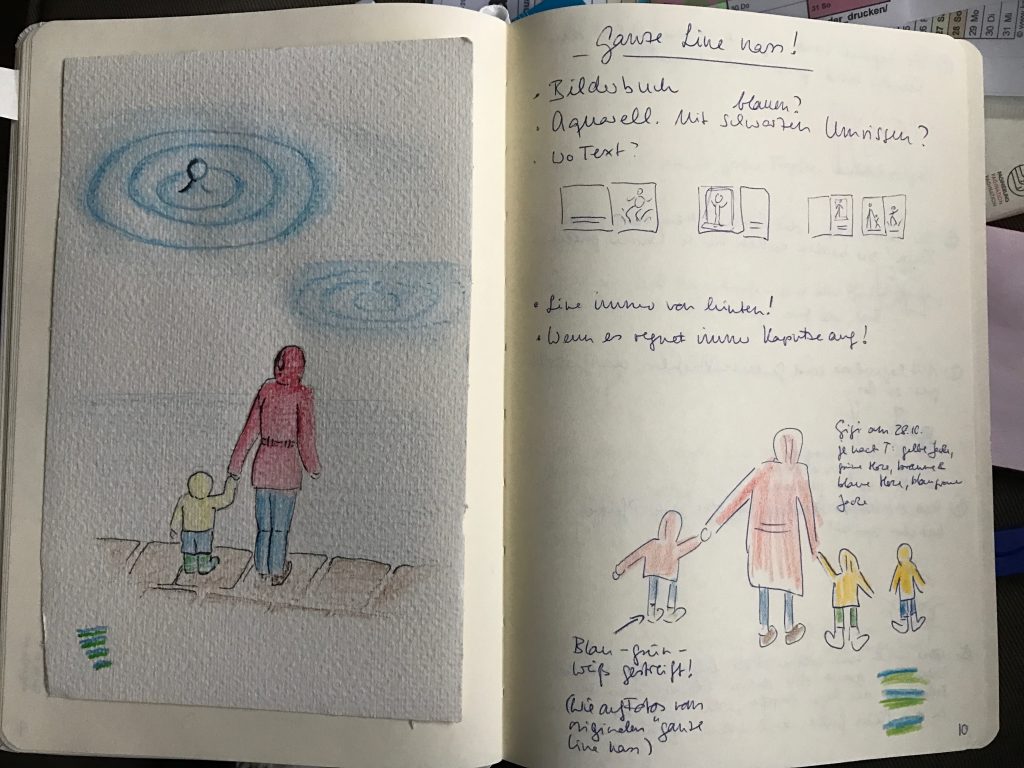 Then, I decided that I would actually put some effort into getting the proportions right, so I used a picture taken of Line and me at an art exhibition earlier that year. 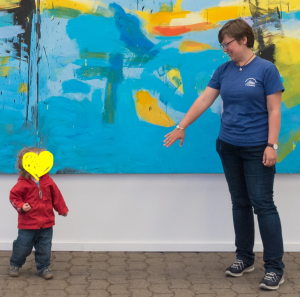 This lead to the ratios seen below: 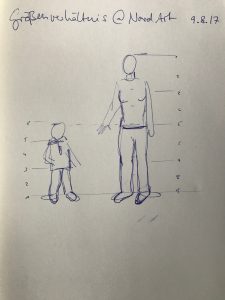 But it’s still a long way from this to a finished book… So stay tuned! :-)

Related Posts to "Making of my new book! Part 2: Deciding on style and colors":