For a popular science presentation on climate change, I needed a simple illustration for how ice cores can be used as archives of past climates. Luckily, my sister and family were excited to do some early Christmas baking for climate science! 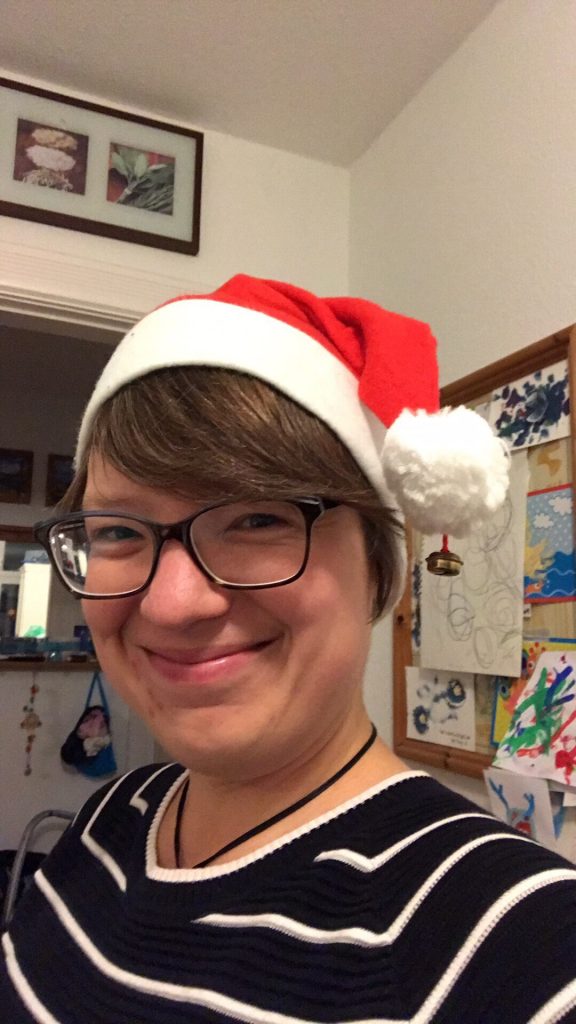 And playing with food colors is always fun… 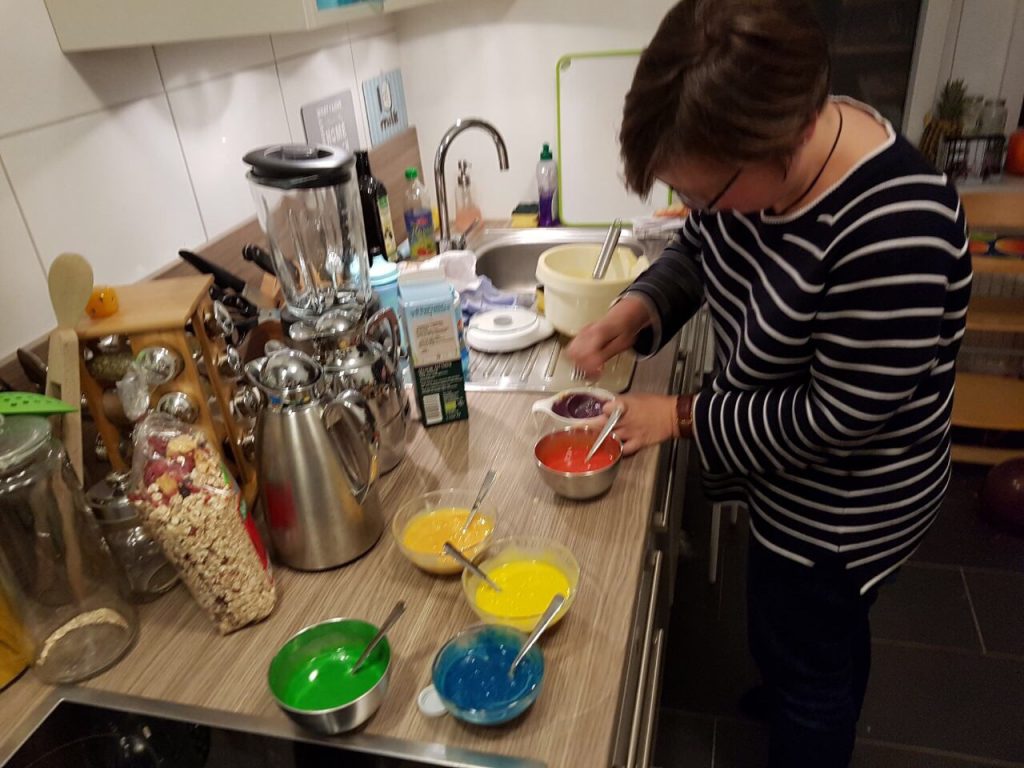 I think I had too much fun playing, actually, the “ice core data” would have been a lot easier to interpret if the different layers were just laying flat! 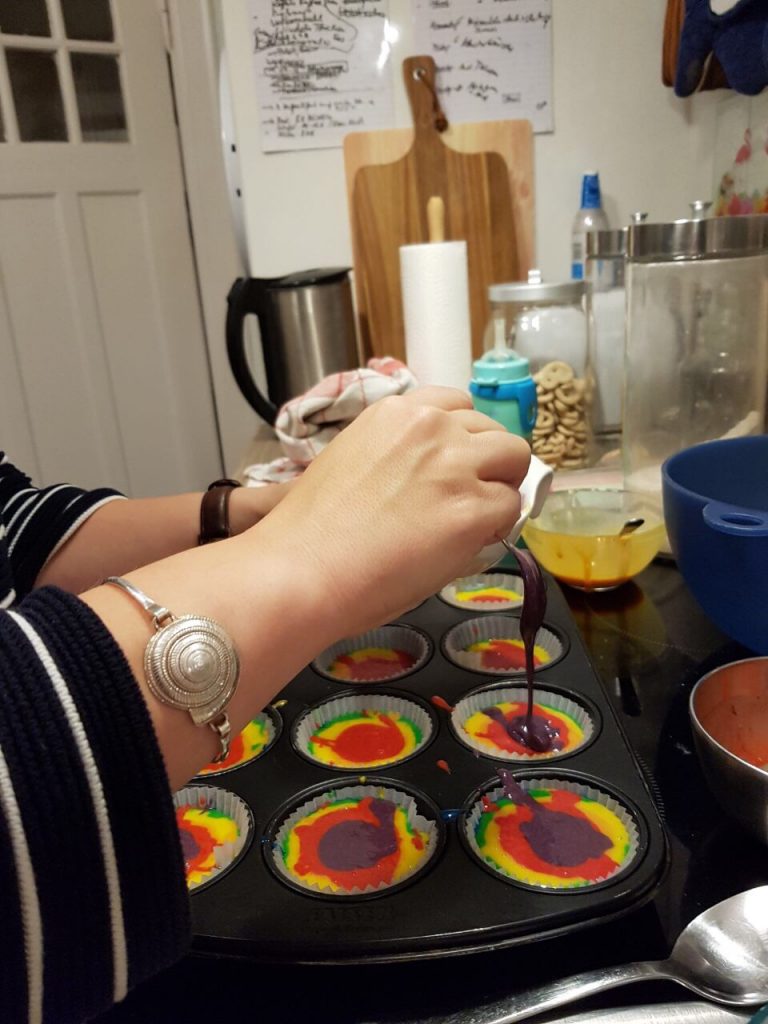 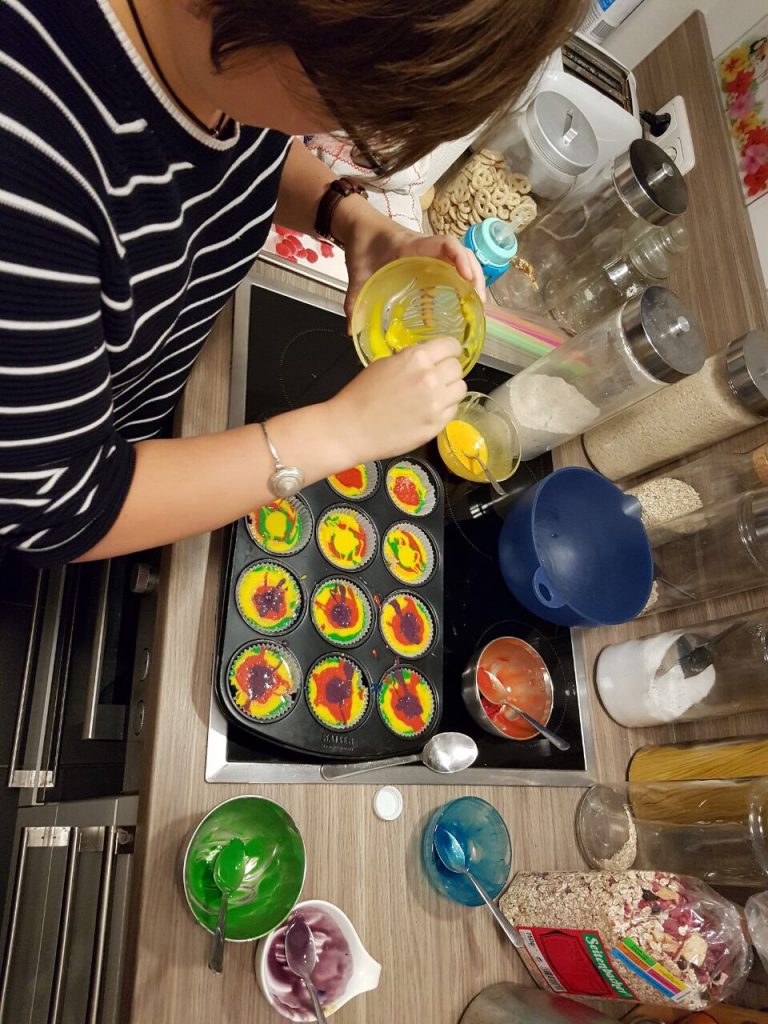 But it was fun! And they rose beautifully even though we were a little afraid that the time between mixing in the baking powder and actually baking the muffins was kinda long (because we had to mix in all the different dyes…) 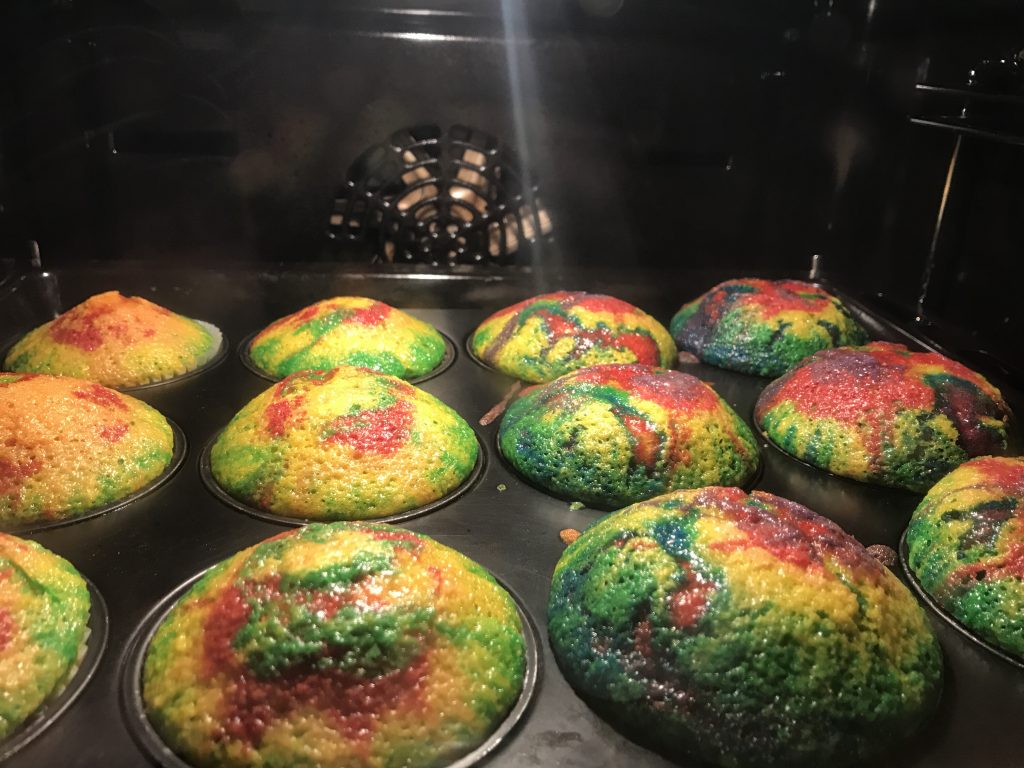 The really difficult part, it turns out, was the coring itself. I had wider-than-usual straws, but instead of just cutting out the core, it was really difficult to have them pierce through the crust, and they compressed the core much more than I had hoped. 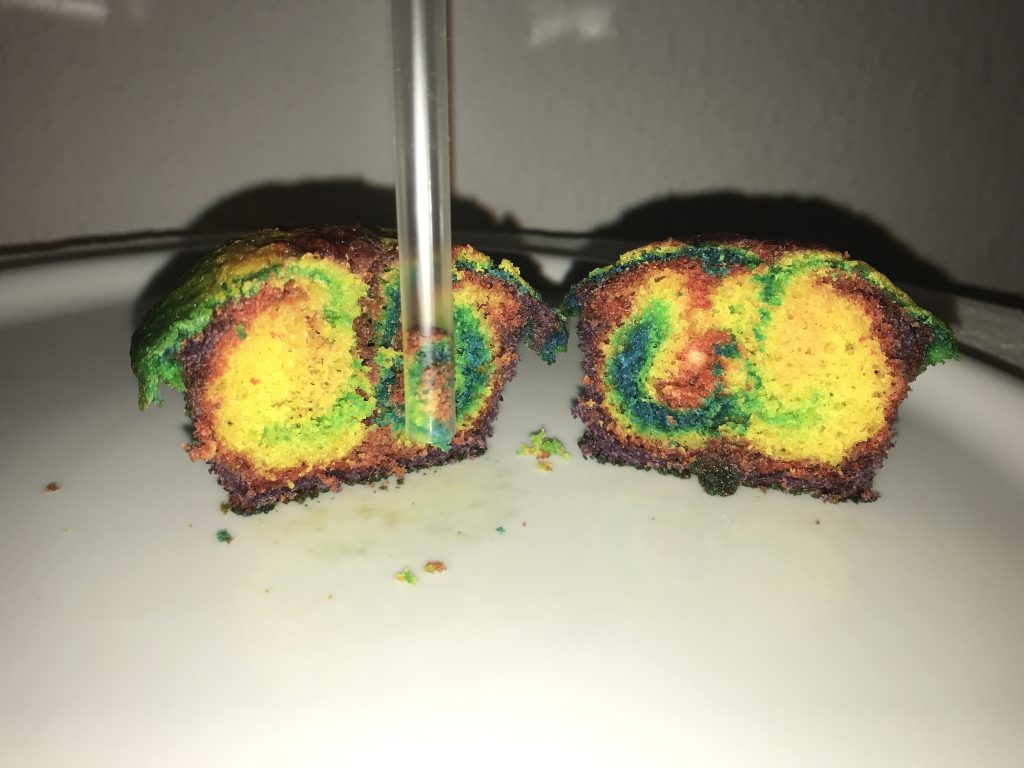 You can kind of see where the core goes in the cross section, and how the different colors correspond to their old locations inside the cupcake. But somehow this worked much better in my imagination than it did for real! 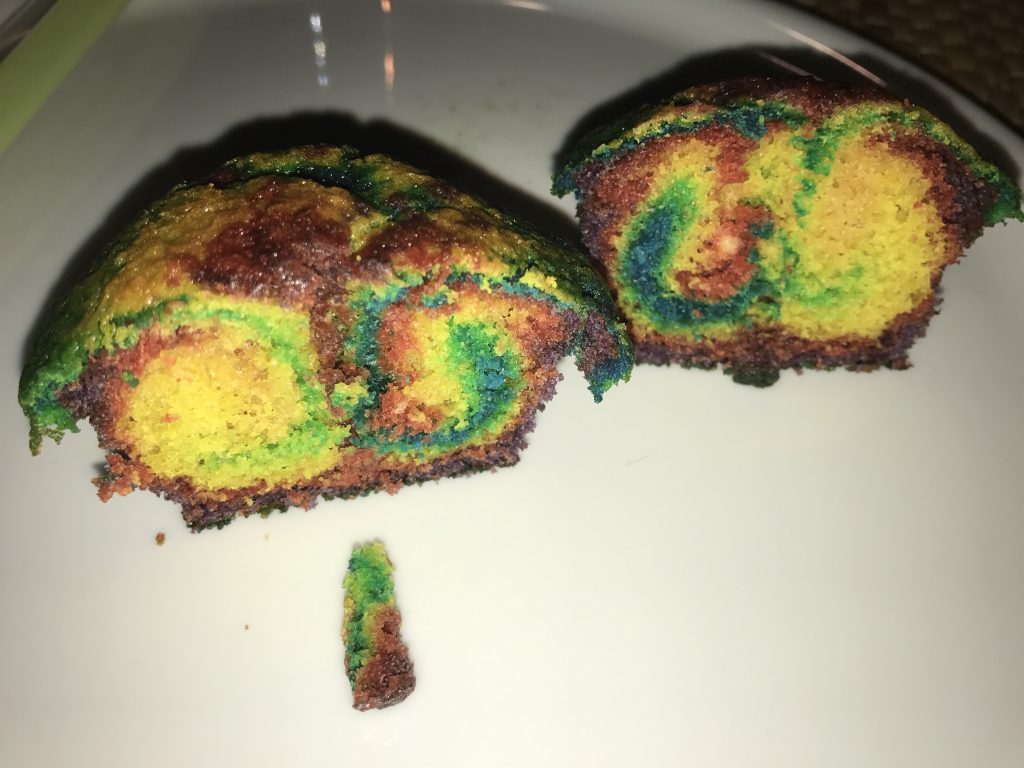 And I have a new-found appreciation for food bloggers. It’s really difficult to take good pictures of food!

But in case you were wondering: They taste just like boring, non-rainbow muffins. And my niece liked them! :-)

Related Posts to "Of cupcakes and ice cores":

2 thoughts on “Of cupcakes and ice cores”