A little bit of hands-on meteorology for a change.

This post is inspired by www.planet-science.com‘s “fog in a bottle” and “make a cloud in a bottle” posts. Inspired meaning that I had to try and recreate their experiments after I saw this when approaching Zurich airport recently: 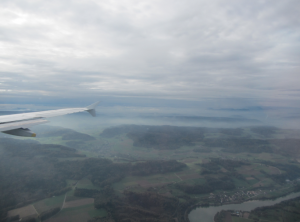 And now the cloud in a bottle. This one is fun! And a lot more impressive in the flesh than in the movie, so try it out yourself! Suck some smoke into a bottle that contains a little water. Close the cap, press and release the bottle and see a cloud forming when you release it. The smoke acts as condensation nuclei here. And pressure changes, temperature changes, yada yada… Anyway, try it yourself!

Related Posts to "Fog and clouds in a bottle":