After the frustrations of taking pictures of steam in my last post, I decided that I could use the very same cute mug to show other stuff, too. I know it has been done over and over again, but we have new students every year, don’t we, so someone has to keep telling the old stories, right? 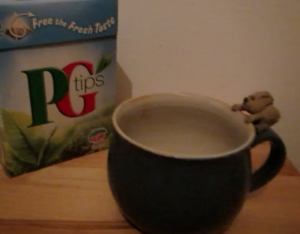 So. When should you pour the milk into your tea? Right away or a little later? 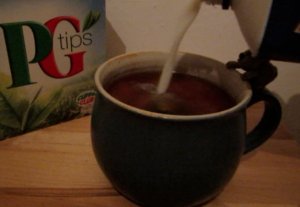 The answer, as you know, is “it depends”.

And there are even occasions when you would you put milk into the cup before adding the tea: If you have delicate china and don’t want to risk ruining it by pouring in almost boiling tea. Plus allegedly that way the milk doesn’t scald and form those weird flakes?

Related Posts to "Tea and milk":