Just imagine you had written an article on “Student Satisfaction and Learning Outcomes in Asynchronous Online Lecture Videos”, like Choe et al. (2019) did. What excellent timing to inform teaching decisions all around the world!

Choe et al. compare 8 different video styles (all of which can be watched as supplementary material to the article which is really helpful!), 6 to replace “normal lectures” and two that complement them, to investigate the influence of video style on both how much students are learning from each, and how they feel watching them.

And the good news: Turns out that the style you choose for your recorded video lecture doesn’t really affect student learning outcomes very much. Choe et al. did, however, deduce strengths and weaknesses of each of the lecture formats, and from that come up with a list of best practices for student engagement, which I find very helpful. Therein, they give tips for different stages of the video production, related to the roles (lecturer and director of the video), and content covered in the videos, and these are really down-to-earth, practical tips like “cooler temperatures improve speaker comfort”.  And of course all the things like “not too much text on slides” and “readable font” are mentioned, too; always a good reminder!

One thing they point out that I wasn’t so clear to me before is that it’s important that the lecturer is visible and that they maintain eye contact with the camera. Of course that adds a layer of difficulty to recording lectures — and a lot of awkward feelings and extra work in terms of what to wear and actually having to shower and stuff — but in the big scheme of things if it creates a better user experience, maybe it’s not such a big sacrifice. Going forward, I’ll definitely keep that in mind!

Especially making the distinction between the roles of “lecturer” and “director” was a really helpful way for me to think about making videos, even though I am playing both roles myself. But it reminds me of how many considerations (should) go into a video besides “just” giving the lecture! If you look at the picture above, you’ll see that I’ve started sketching out what I want to be able to show on a future video, and what that means for how many cameras I need, where to place them, and how to orient them (portrait or landscape). When I made the (german) instructions for kitchen oceanography, I filmed myself in portrait mode, thinking of posting them to my Instagram stories, but then ended up editing a landscape video for which I then needed to fill all the awkward space around the portrait movie. Would have been helpful to think about it in these terms before!

Choe et al. even include a “best practice” video in their supplementary material, which I find super helpful. Because even though in some cases it might be feasible to professionally produce lectures in a studio, but that’s not what I (or most people frantically producing video lectures) these days have access to. So seeing something that is professionally produced but that doesn’t (seem) to require incredibly complicated technology or fancy editing is reassuring. In fact, even though the lecturer appears to have been filmed in front of a green screen, I think in the end it’s not too unsimilar to what I did in the (german) instructions for kitchen oceanography mentioned above: A lecturer on one side, the slides (in a portrait format) on the other.

In addition to the six “lecture” videos, there was a “demo” video where the lecturer showed a simple demonstration, and an “interview” video, where the lecturer was answering questions that were shown on a screen (so no second person there). Those obviously can’t replace a traditional lecture, but can be very useful for specific learning outcomes!

The “demo” type video is the one I am currently most interested in, since that’s where I can best contribute my expertise in a niche where other people appreciate getting some input. Also, according to Choe at al., students found that type of video engaging, entertaining, and of high learning value. All the more reason for me to do a couple more demo videos over the next couple of days, I’m already on it! 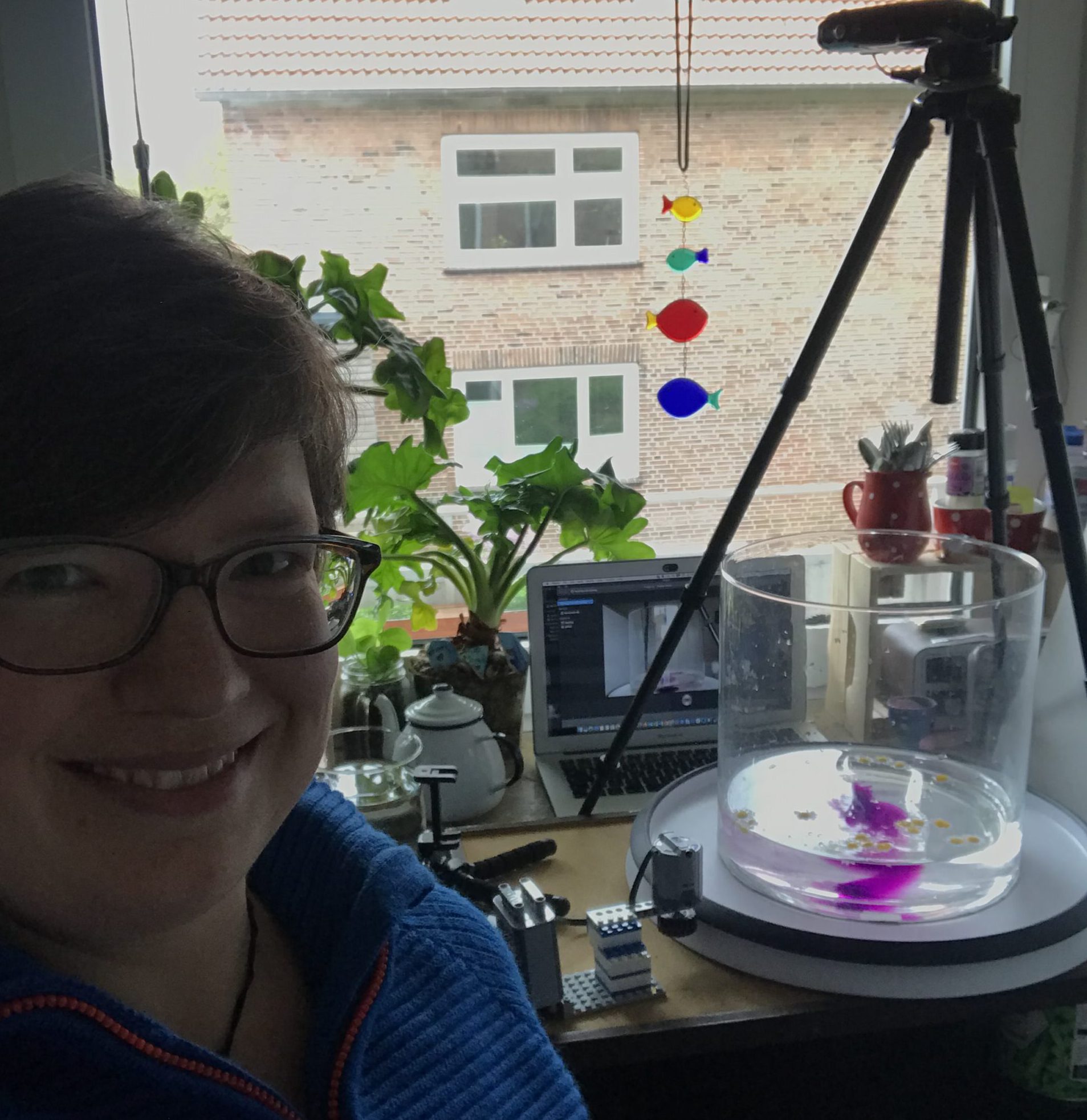 Using technology to enable active engagement with content in a large lecture.

In 2014, I presented the paper “Enabling backchannel communication between a lecturer and a large group” at the SEFI conference in Birmingham. That paper is based on work that I have done with two colleagues – the instructor of a large lecture, and the teaching assistant at the time.

Now if oceanographers hear something about “large lectures”, they typically envision a couple dozen students. In this case, it was a couple of hundred students in a lecture theatre that sits about 700.

When sitting in on the class the year before, I noticed that there were a lot of questions that students were discussing around me that never made it to the instructor’s attention. This is not very surprising given the large number of students and that there were only two instructors in the room. But when talking about it afterwards, we decided that we wanted to find a way to channel student questions to make sure they reached the instructor. The “backchannel” was born.

We met up to discuss our options. It became clear very quickly that even though there are a lot of nice methods out there to invite feedback of the sort we wanted (for example through “muddiest point” feedback), this was not feasible with the number of students we were dealing with. So instead we decided to go for an online solution.

Twitter has been propagated for use in instruction for a while, and there are many other tools out there that enable backchannel communication. But we realized that we had very specific requirements which none of the existing tools were meeting simultaneously:

In the end, Patrick coded a “backchannel” tool that could do all that. On a webpage, students enter text in a text field. They click a button to submit the text, and a moderator then, in real time, decides whether to forward the text to the instructor. The instructor then gets the text on a screen and can decide whether and when to incorporate it in their teaching.
We’ve found that this works really well from an operational point of view. The instructor has been really happy with the quality of questions he has been getting, and sometimes students even send links that they think should be shared with the class.

Students seem to like it, too, even though they aren’t engaging with the tool as much as we had anticipated. But there are a couple of reasons for that which we all name in our paper. Ultimately, we liked the tool enough to continue using it this year. The new semester has just started, so let’s see how it goes!

Thanks to my co-authors for a very interesting and enjoyable collaboration!