The first wave watching during our vacation in the Lake District (which I am only writing about now because I had to post about the amazing stuff at the coast first, like the Arnside tidal bore or general wave watching in Arnside) happened on the drive to our first hike when we had to stop because I get car sick on narrow, windy roads, especially driving on the wrong side of the road. So we stopped at this lake to see this wave pattern:

One thing is clear: Those waves are wakes. You see this from how long the wave crests are, how they trace each other, how there isn’t a spectrum of similar wavelengths but just that one wave field and then much much shorter wind waves.

But I wasn’t able to figure out why they looked the way they do until I saw what caused them: Someone trying to pull someone else on water skis, except the second person kept falling in and letting go of the leash, the first person then slowing down, circling back, handing the leash over, and all starting over again.

I’m showing you this just because sometimes wave watching isn’t easy at all, even though the wave field looks very well defined… 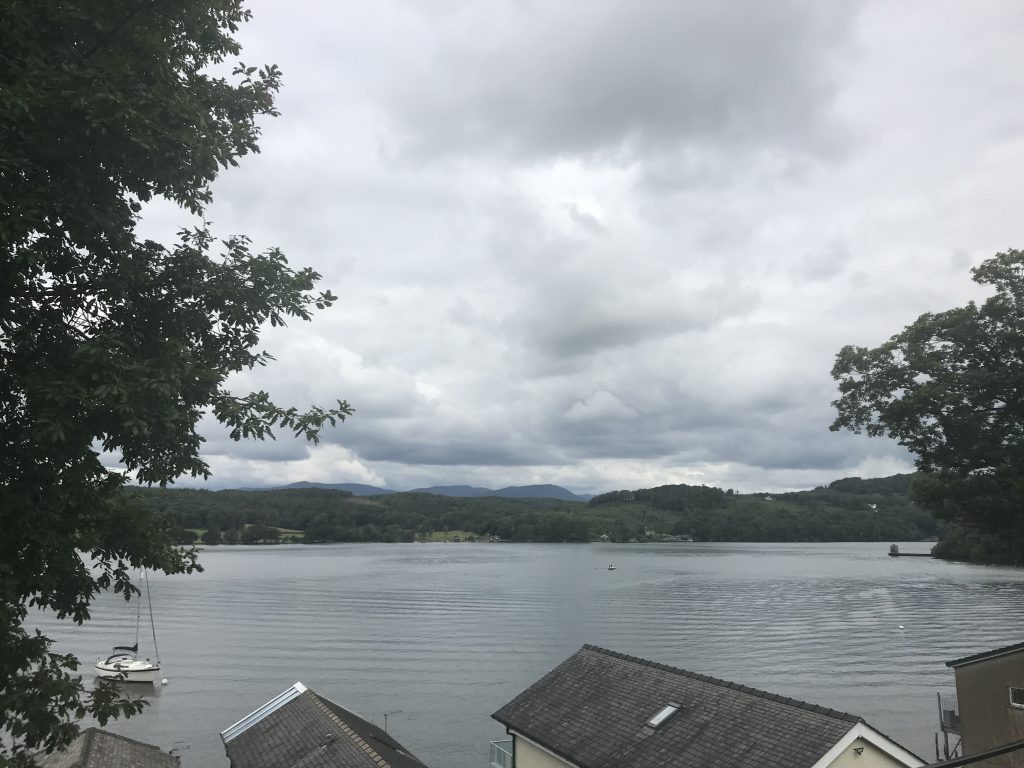 But moving on to lakes we saw during our hike, and wave watching on those. Actually, mainly showing you landscape, but there are always at least some waves in the pictures, which I will point out to you.

Below, in the lower left of Loughrigg Tarn, you see a swan’s wake! 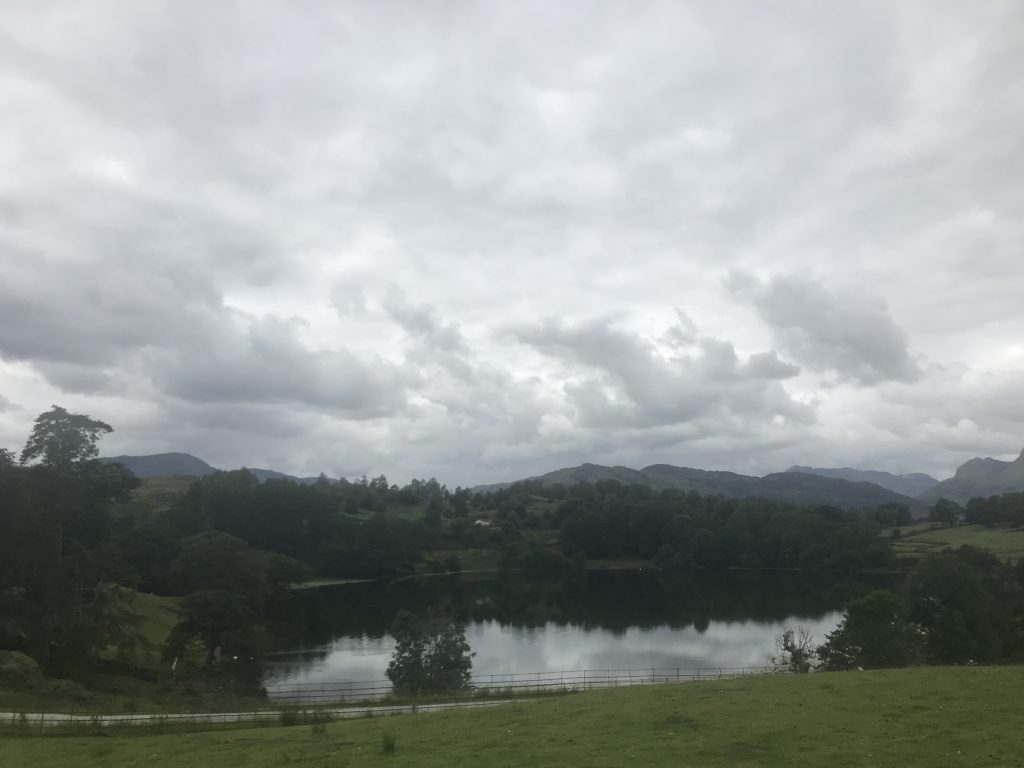 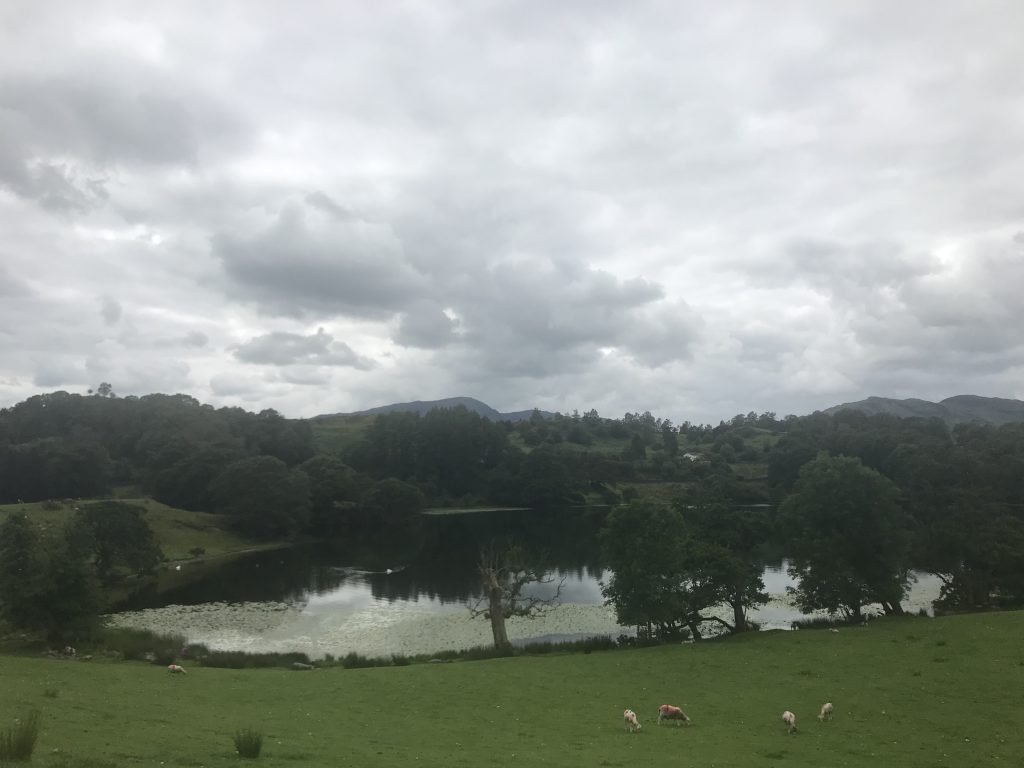 And below, you see wave rings radiating from where kids are playing in the water. 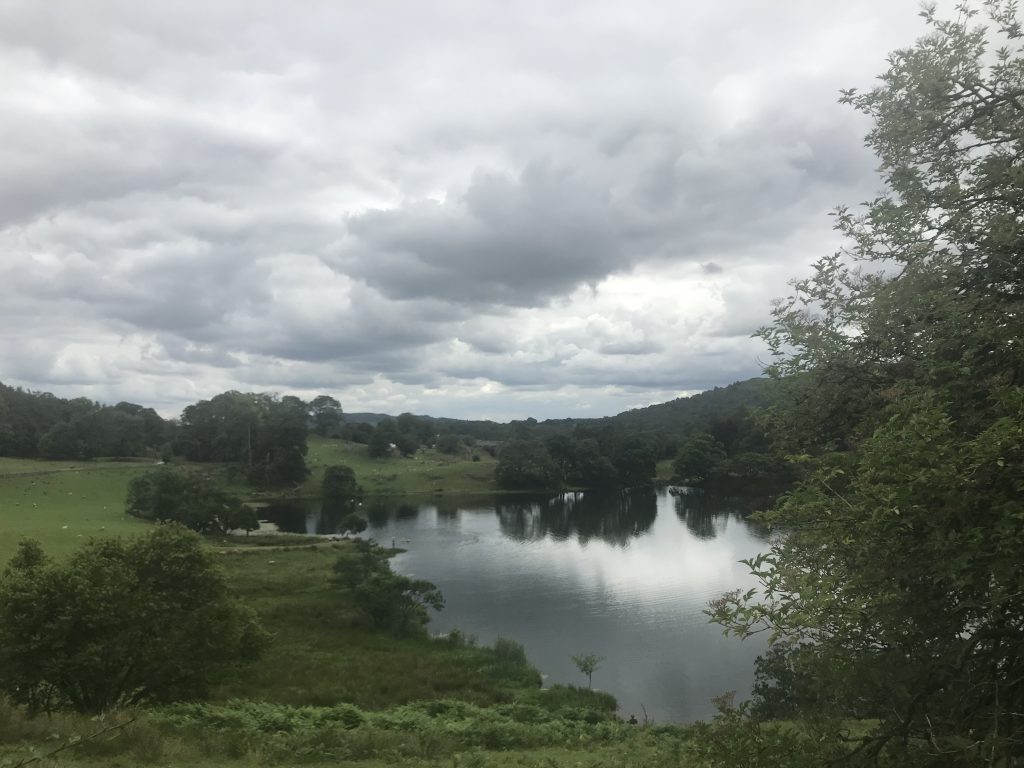 Below, a very cool W-shaped wake. Usually we have V-shaped wakes, but in this case, the swimmer turned around and went back, so a W developed. Very cool, I don’t think I have seen something like this before! 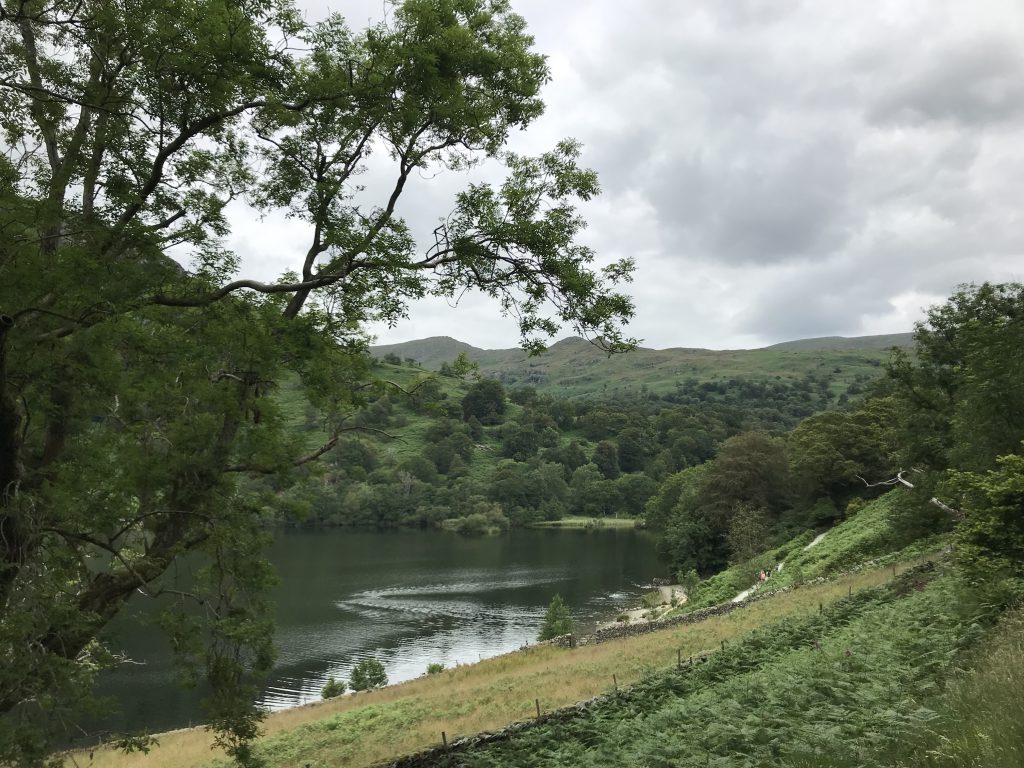 Below there is a swimmer’s V-shaped wake, and then the ring waves from someone playing in the water. 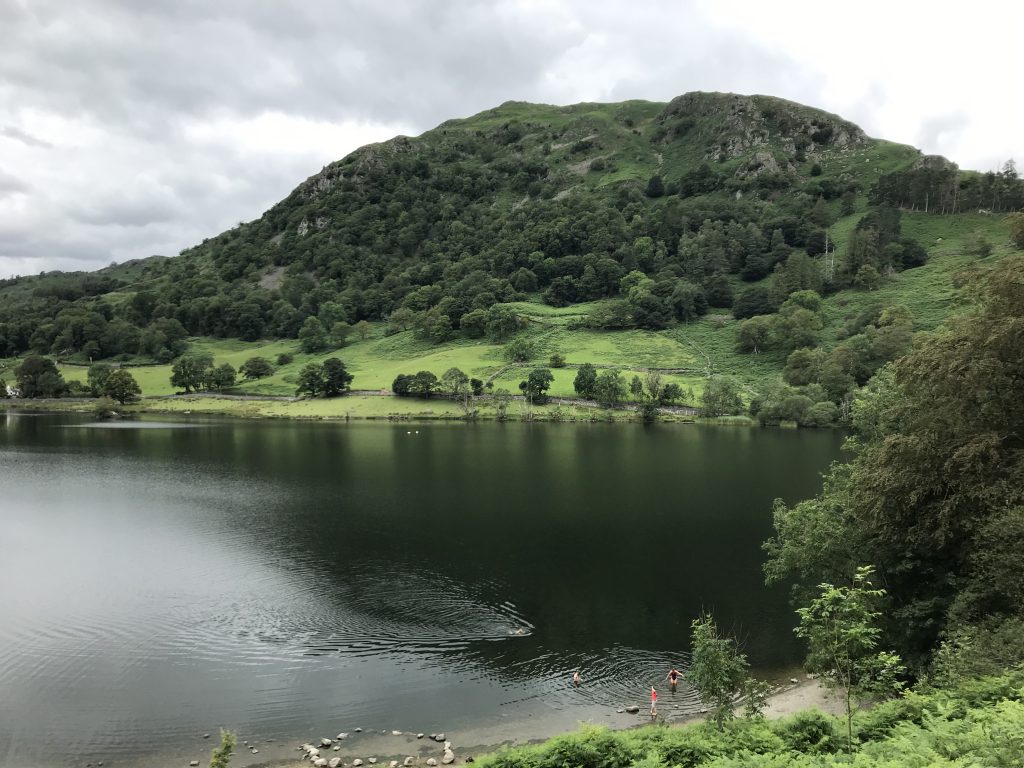 Another wake by a duck… 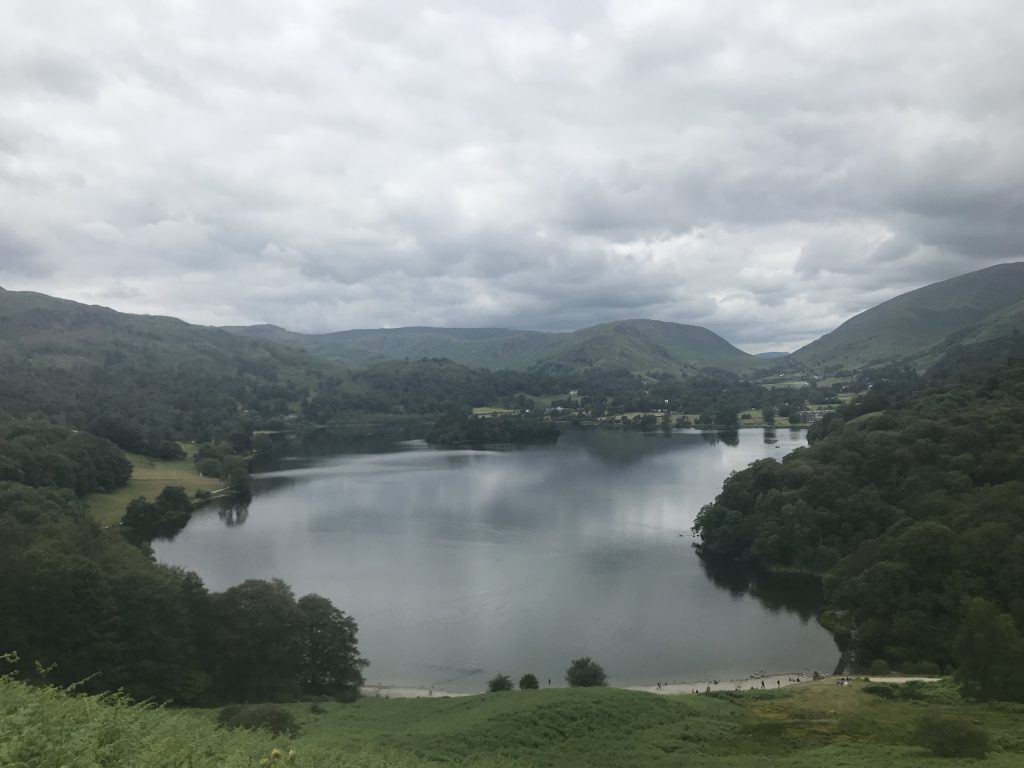 And in the picture below I just love the calm surface in the left and then the turbulence downstream of the obstacles!

And below we see wave rings made by water striders. 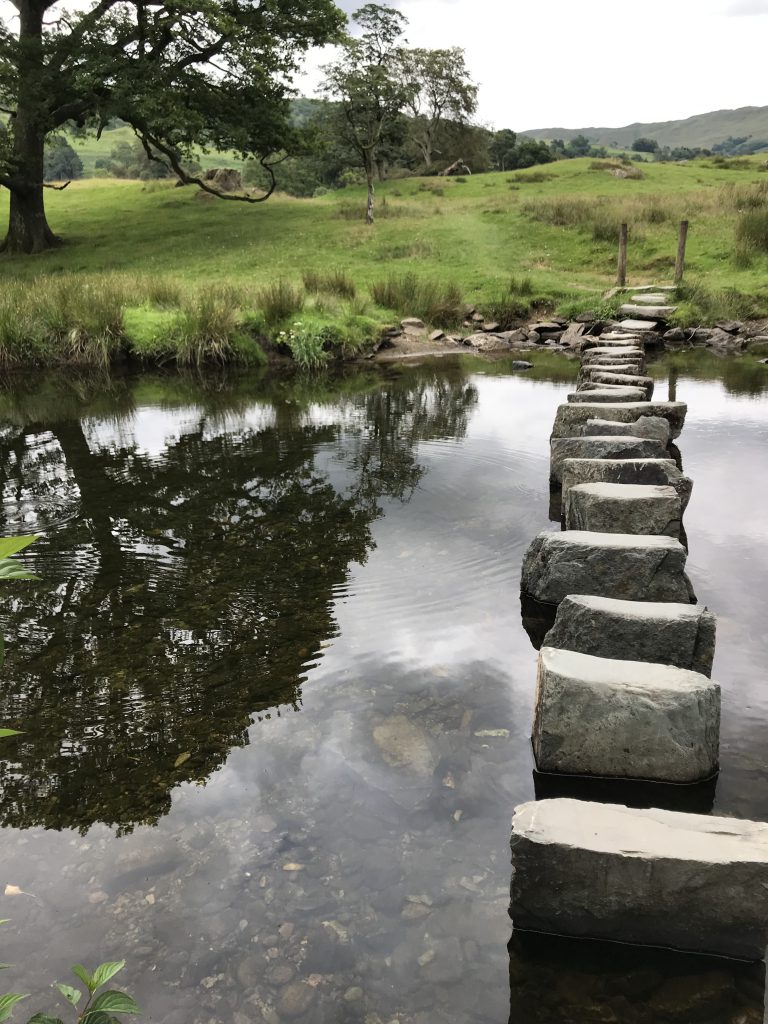 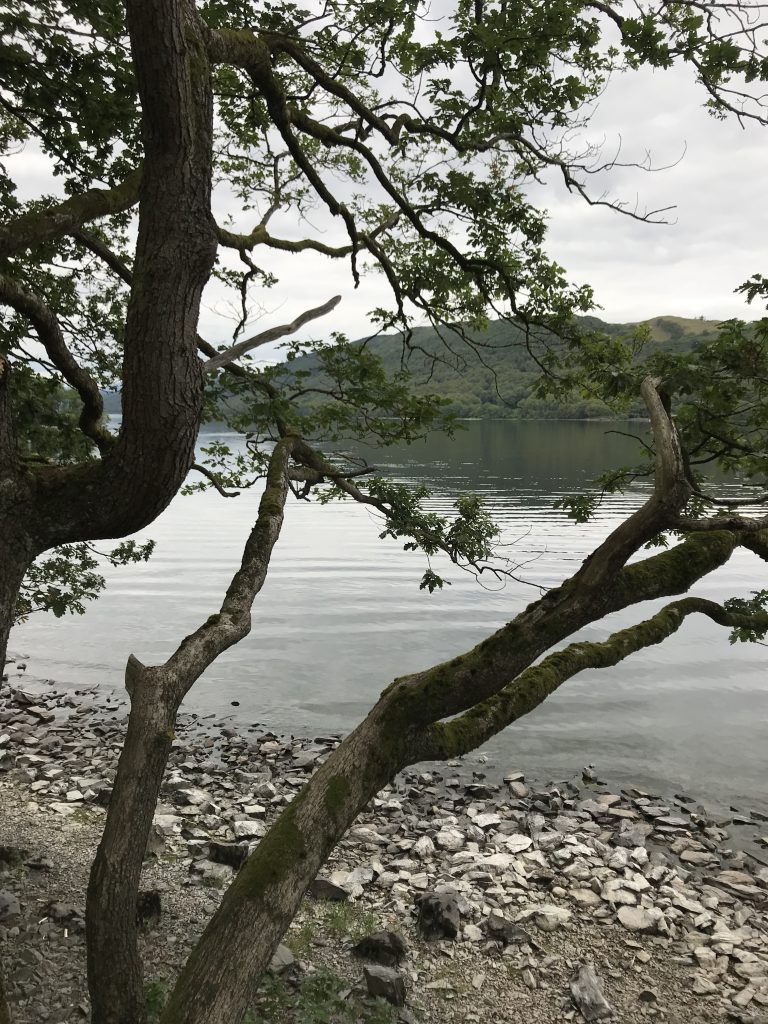