That’s a great question, Sophia! And one that is really difficult to answer. But I’ll try!

I’m thinking about both why there are waves at all, and about what I want to count as “waves”. And then I’ll try to put both together (short answer: I can’t give you a number, but it’s a lot of fun to think about!)

Waves form mostly because wind is blowing on the sea. The more wind, the more waves

Since I know you live in Malmö, I will show you some pictures from close to home. This is långa bryggan in Bjärred (for orientation: you might be able to spot the Malmö turning torso and/or the Öresund bridge on the horizon in most pictures). Some days, the sea looks like this: 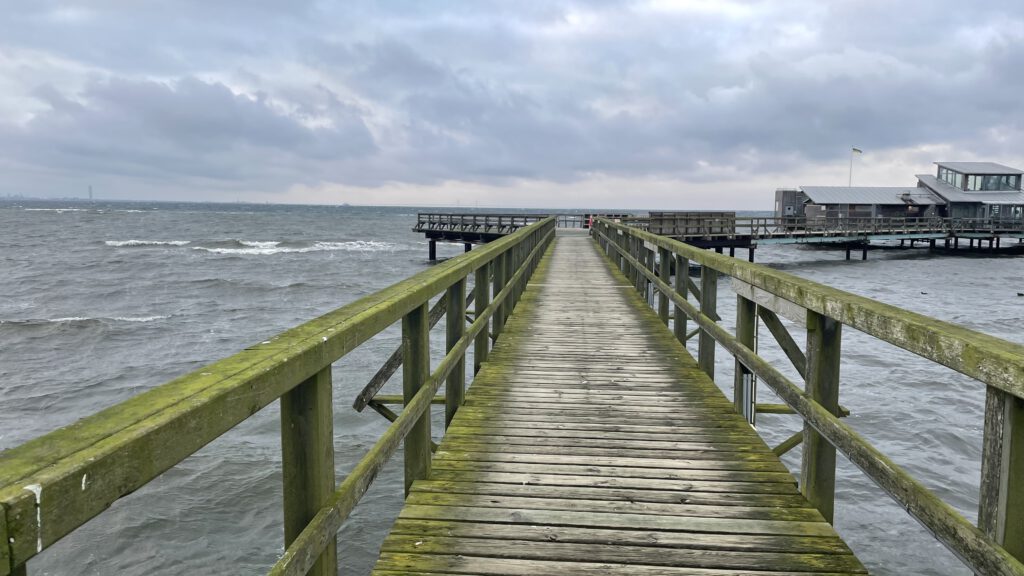 On windy days with the wind coming across Öresund, there are a lot of big waves with 2 or 3m distance between their highest points (“wave crests”) and a trough in between. 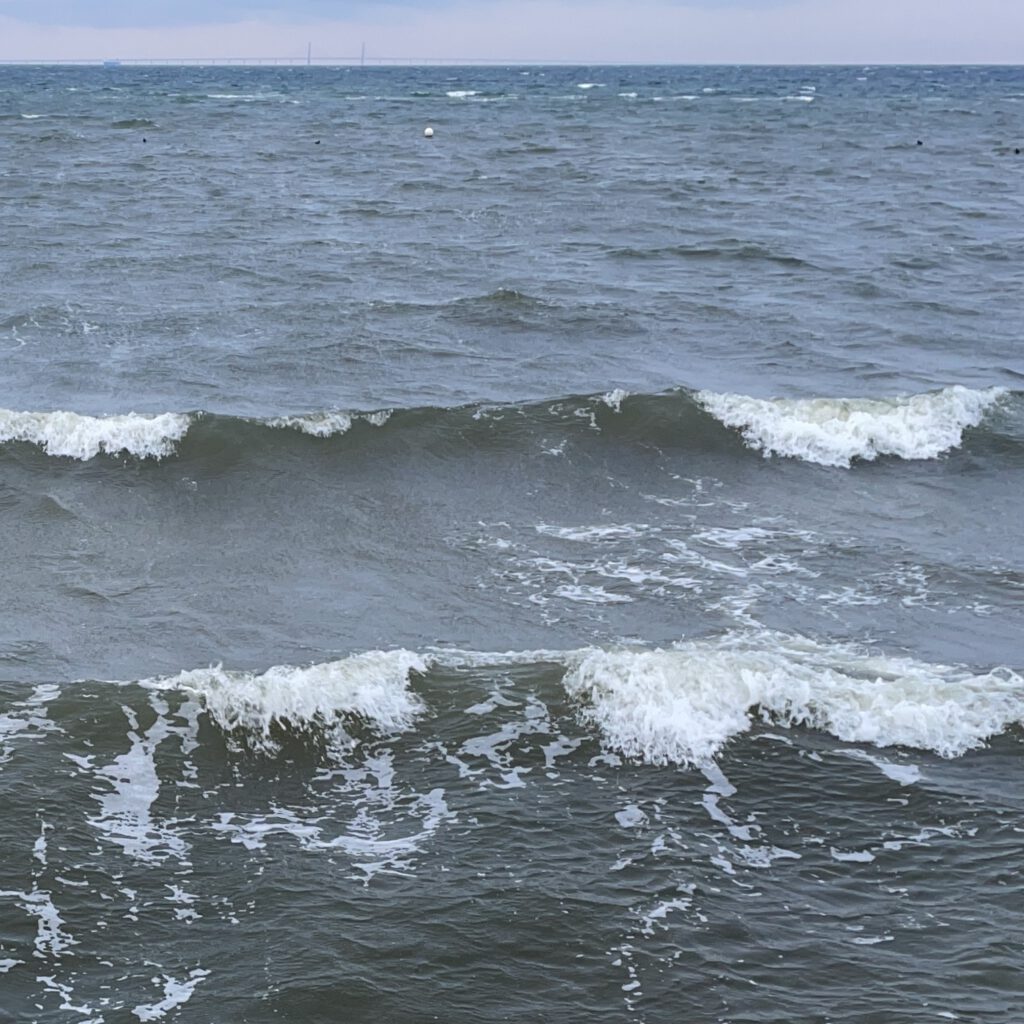 These waves become most easily visible when they run up on sand banks in the water, then you can clearly distinguish the (breaking) crests and the troughs in between. These waves hit the beach every couple of seconds, and if we assume one wave every second (v=sqrt(g*H)=3m/s, so that’s an ok assumption), it would be 86.400 waves hitting the beach that day.

BUT! It’s more complicated than that. If you look closely at the picture above or below, you might notice that on each of these long waves, there are TONS of smaller waves. How large do waves have to be to count as “waves”? If we want to count them all, there are probably thousands of them on each of the larger waves. 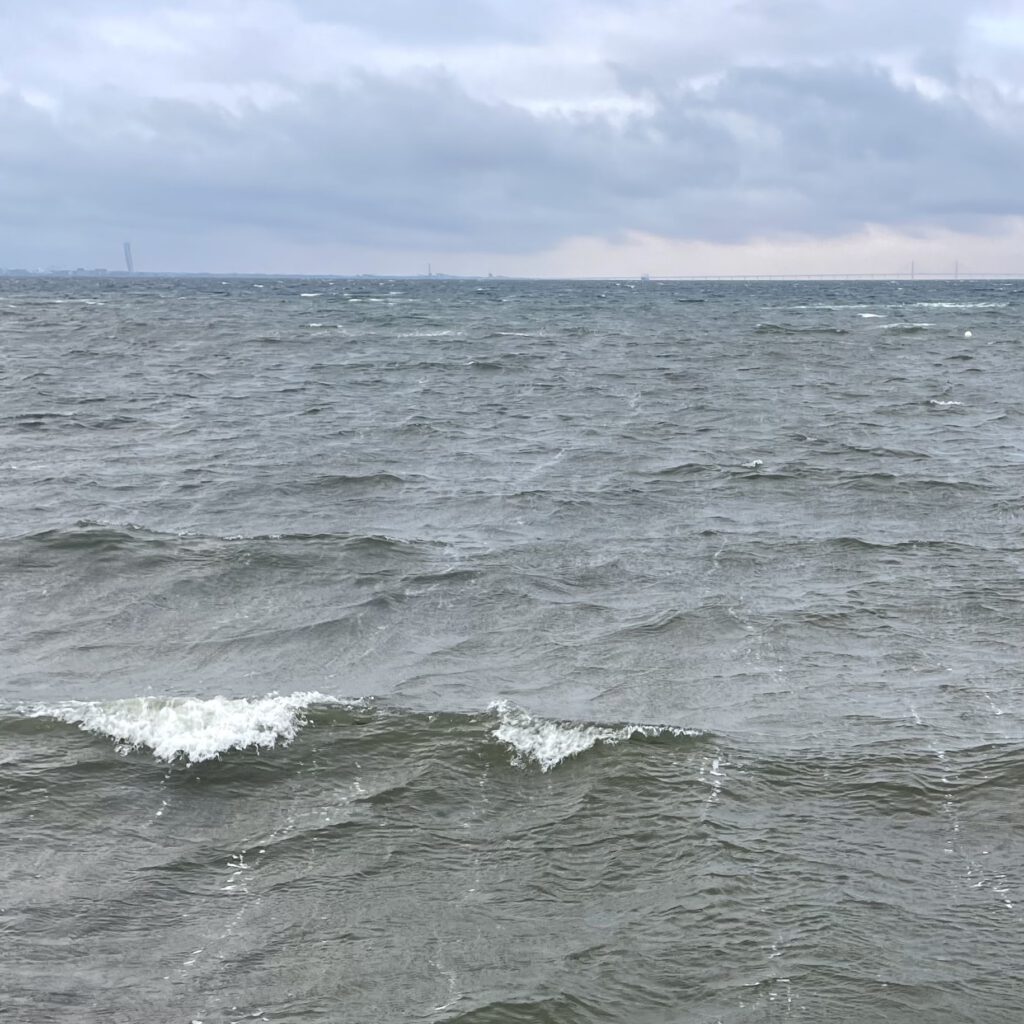 And it is even more complicated than that if we want to look at the whole length of the beach and not just one spot. Look at the picture below: not all wave crests are as long as the beach, sometimes many small waves reach the beach at the same time but in different spots. Do we want to count all of them as individual waves? 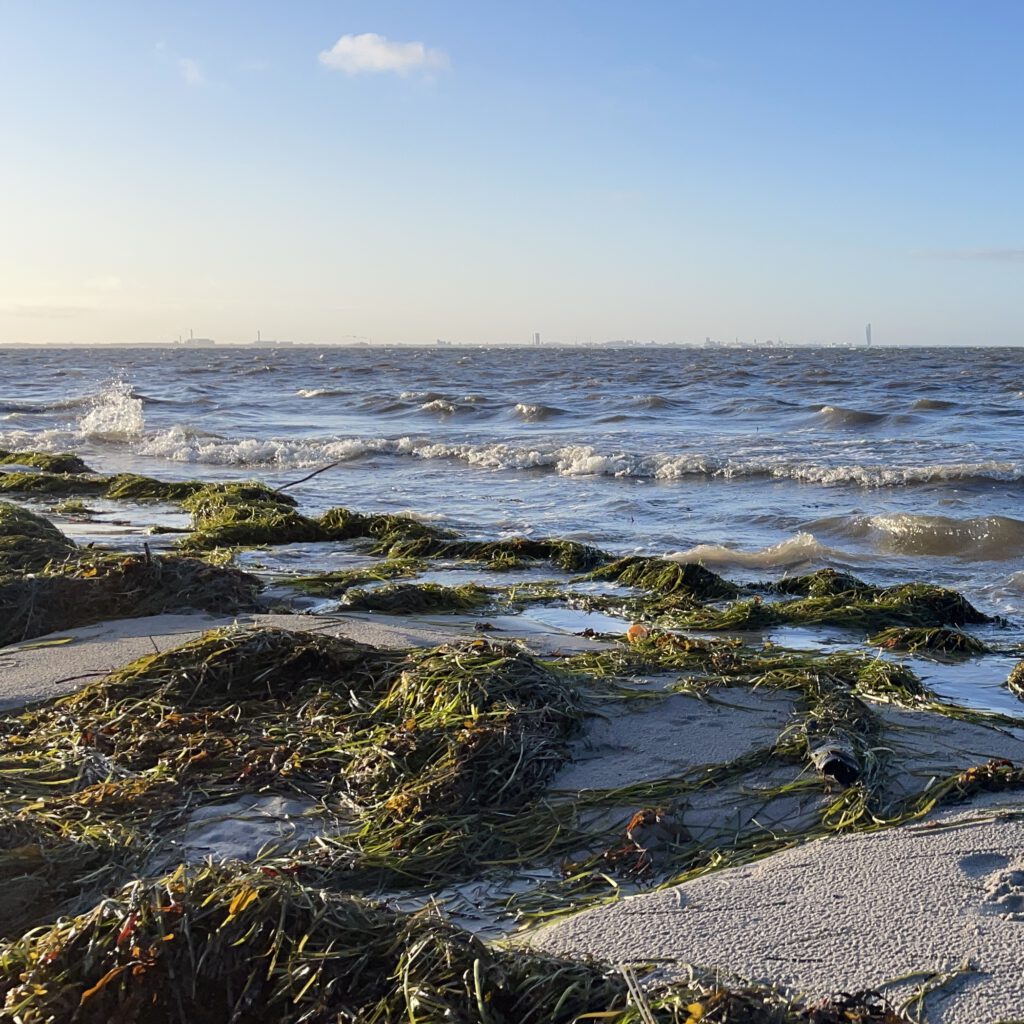 The pictures I showed you so far are from windy days. What about days that look like on picture below? Lots and lots of tiny waves on the water, but many of them might lose all energy and disappear before they ever make it to the beach. 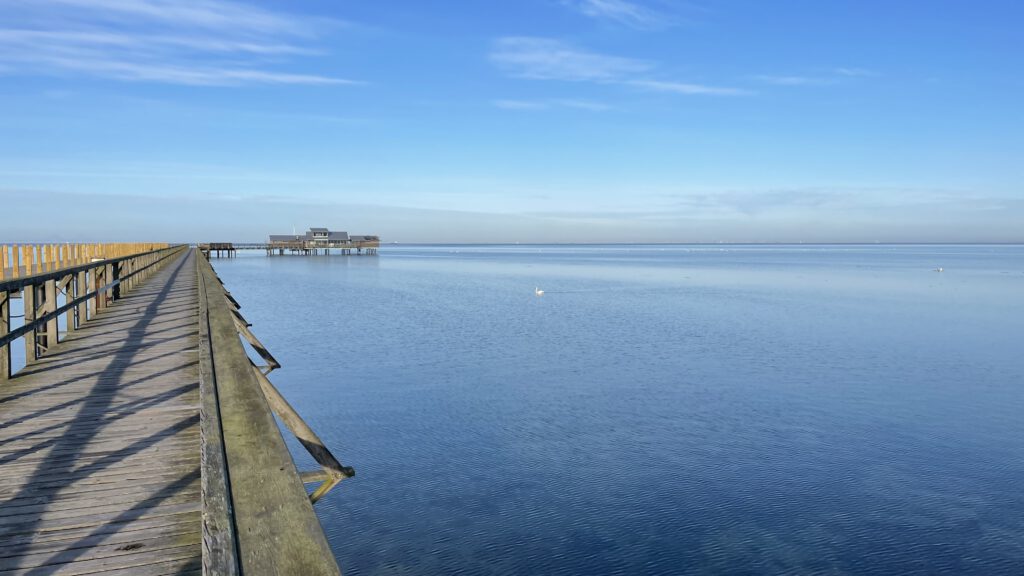 Or days like below: hardly any wind at all, and the wind coming from the land, so almost no waves at the beach, only waves further out (which you can see because close to the beach the water is smooth and shiny, and further out it looks more wrinkled and rougher). 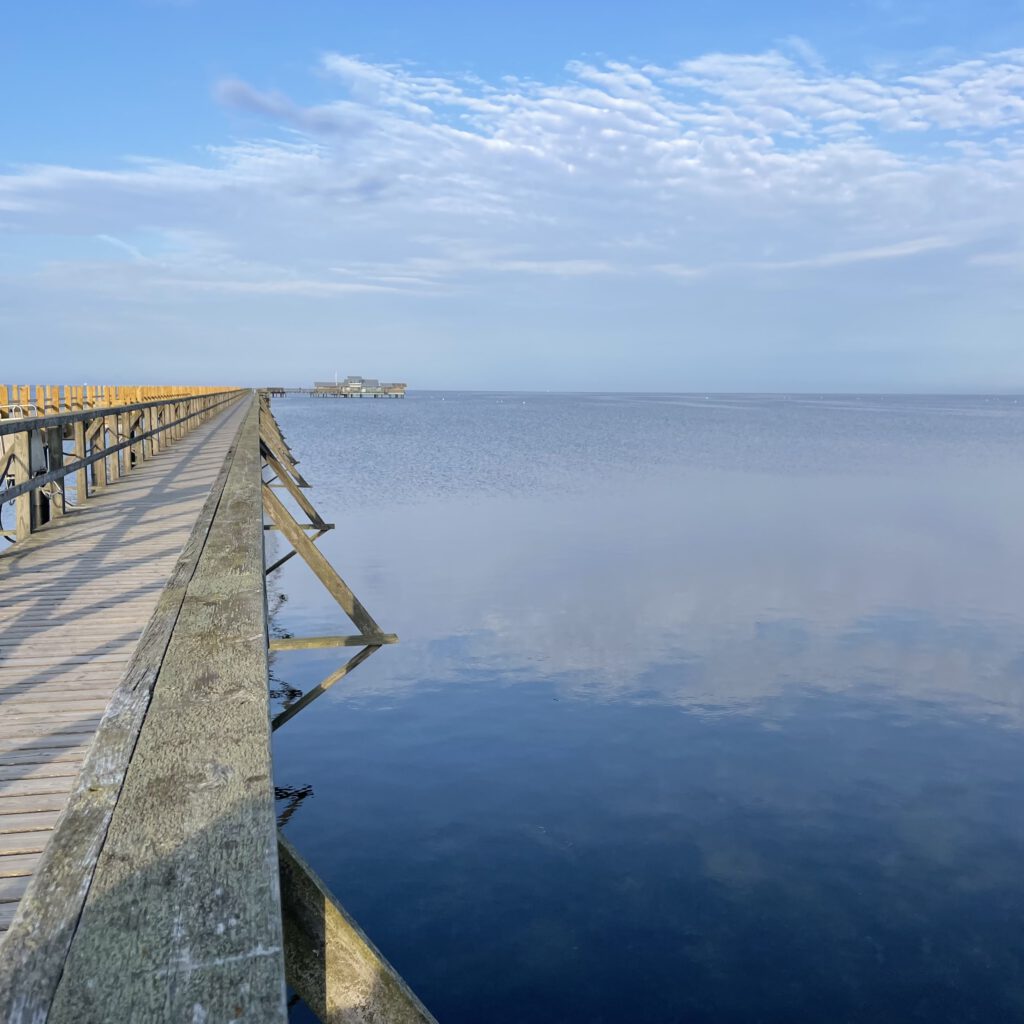 But it’s not just the wind we need to consider. On rainy days, each raindrop will make waves, and many of them will hit the beach! 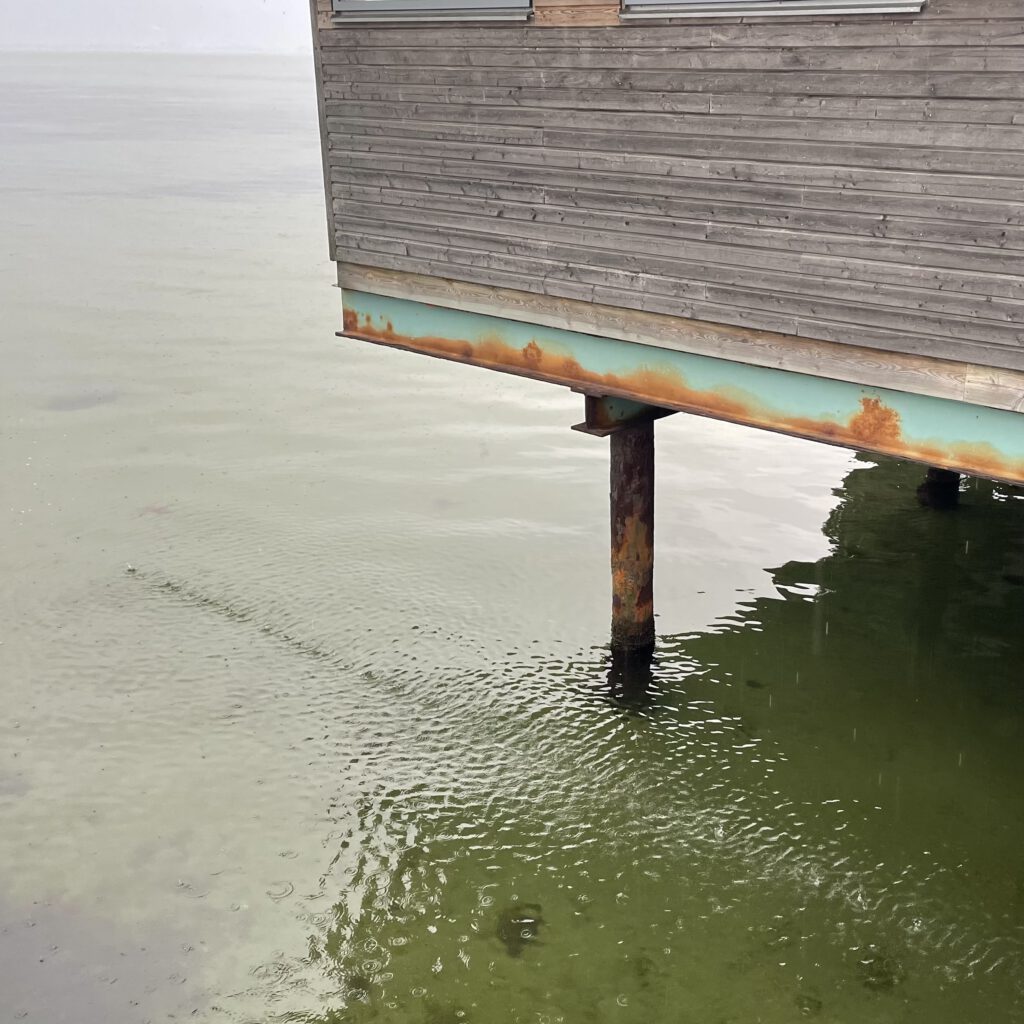 (And, in fact, each raindrop typically makes more than one wave, see picture (taken in Bergen, not Bjärred) below: when a raindrop hits the water, it bounces up like on a trampoline and makes three or more rings, i.e. waves!) 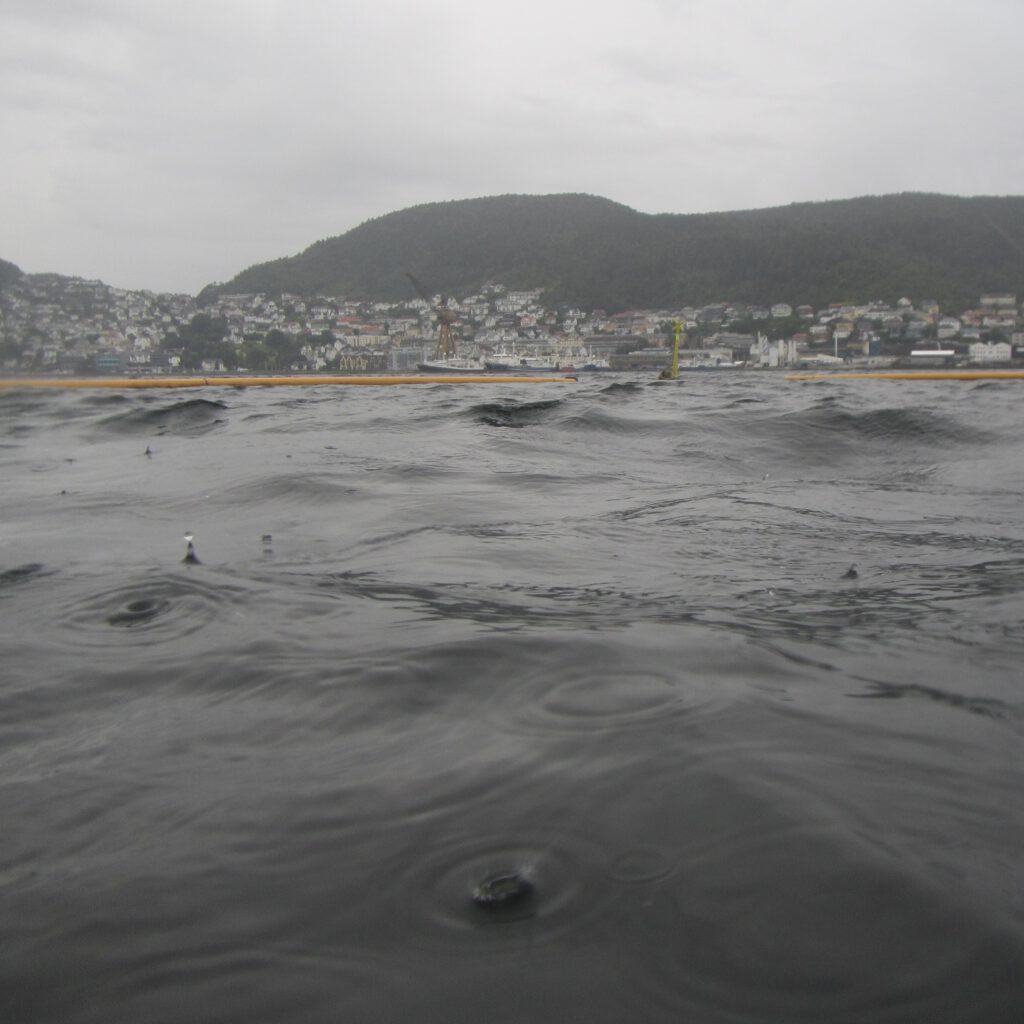 And then there are lot of animals living in or on or by the sea, many of which make waves. Like the birds below. 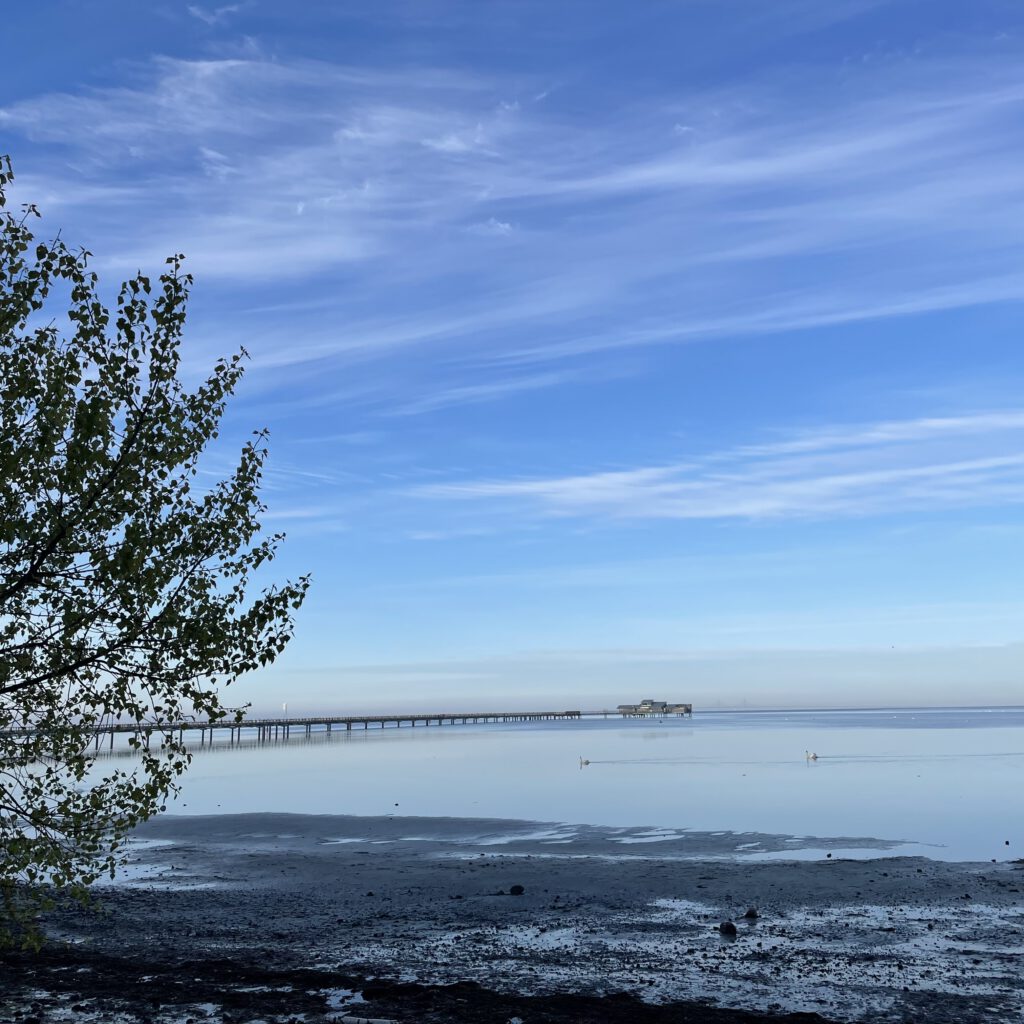 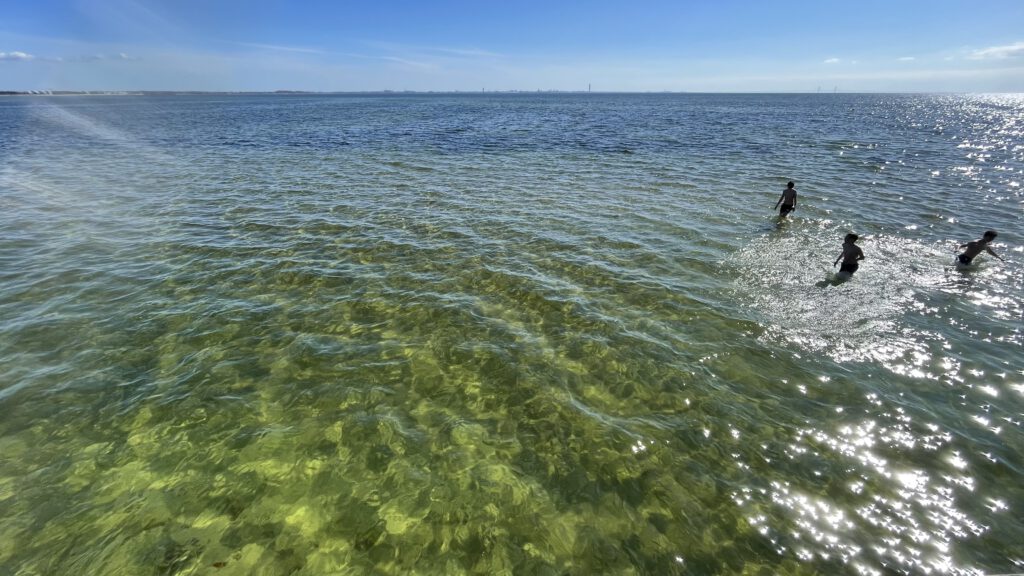 There can be A LOT of splashing then, meaning LOTS of extra waves (this picture is from Bergen because I did not have one from Bjärred showing people jumping in the water and splashing me quite like this). 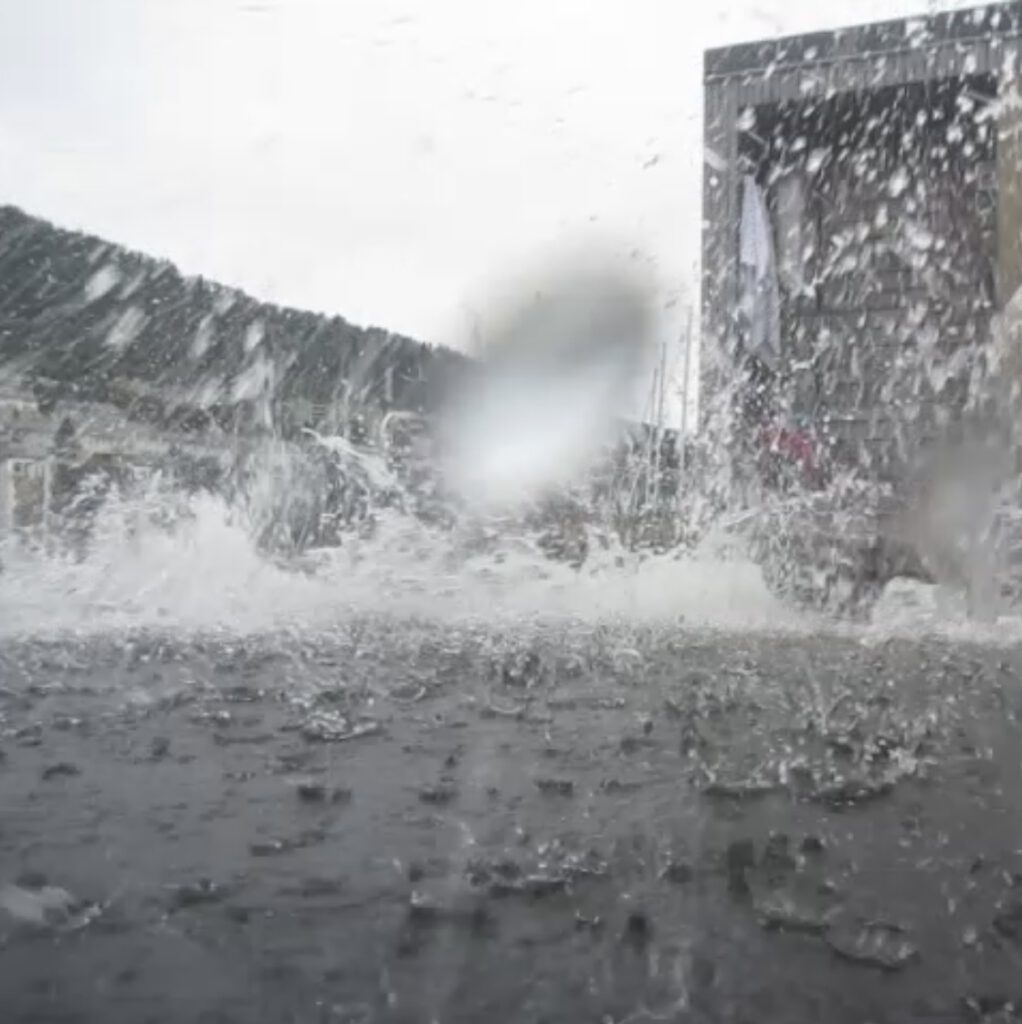 And then there are of course ships that make a lot of waves. And can you think of other things that might make more waves?

So how many waves hit the beach every day?

Now we have looked at different ways wave can form, and we could estimate how often each of those happens, and sum it all up. For example: Windy days like in the first picture are more likely in winter than in summer (although they can happen then, too), so let’s assume that they happen on one in four days => on average 21.600 of such waves per day. Then we could estimate on how many days it rains for how long and with how many rain drops, and how many birds are in the area for how long, and how many ships pass the beach, and how many people come for a bath, and add all that to the number above.

But I think we should do something different. Next time we are at the beach, let’s just take a moment to observe the waves. Are they large or small? Where did they come from? How many do we see reaching the beach during one minute? Take some pictures and report back to me, and I’ll do the same! :)

Related Posts to "Sofia (almost 6) asks: How many waves hit the beach every day?":